WE’RE now just a week away from the Queen’s Platinum Jubilee, a four-day celebration of Britain’s greatest ever Monarch and her 70 glorious years on..

WE’RE now just a week away from the Queen’s Platinum Jubilee, a four-day celebration of Britain’s greatest ever Monarch and her 70 glorious years on the throne.

I’m excited about it because amid all the hideously depressing news at the moment, from war and mass shootings to devastating economic crisis, this is a chance for my country to put a smile on the world’s face by doing what we do best – pomp, pageantry, and a one helluva party. 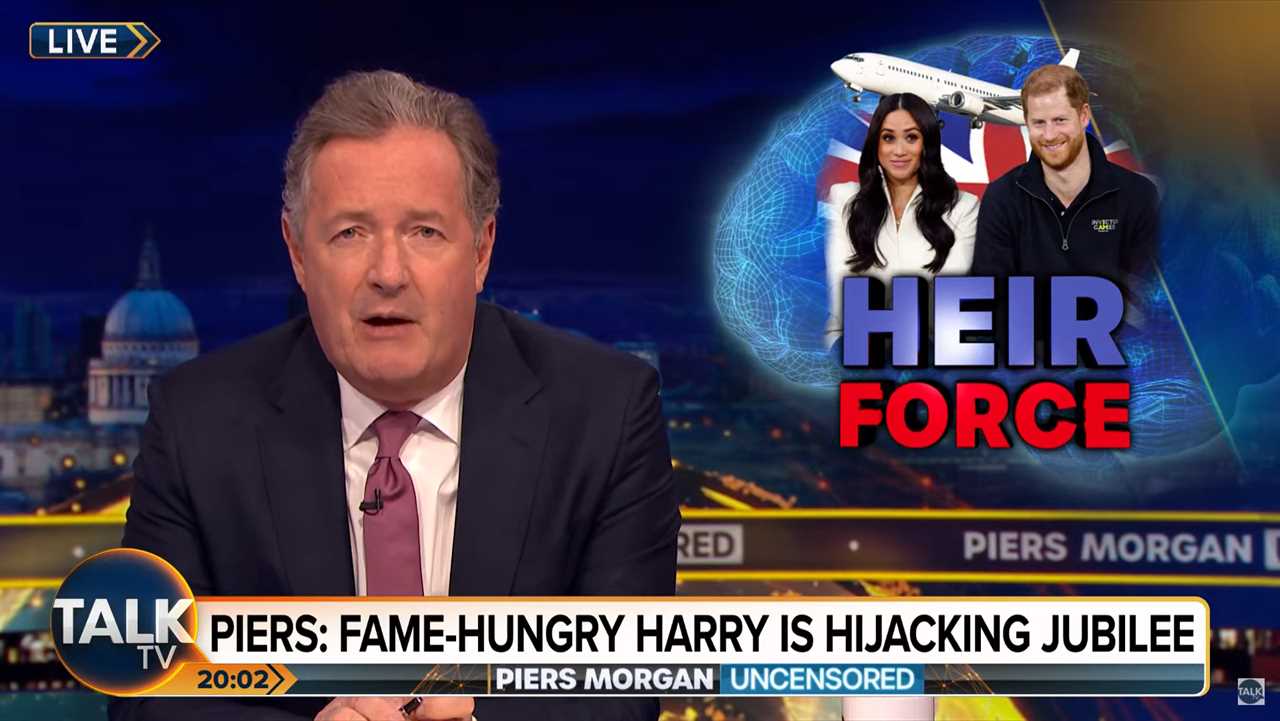 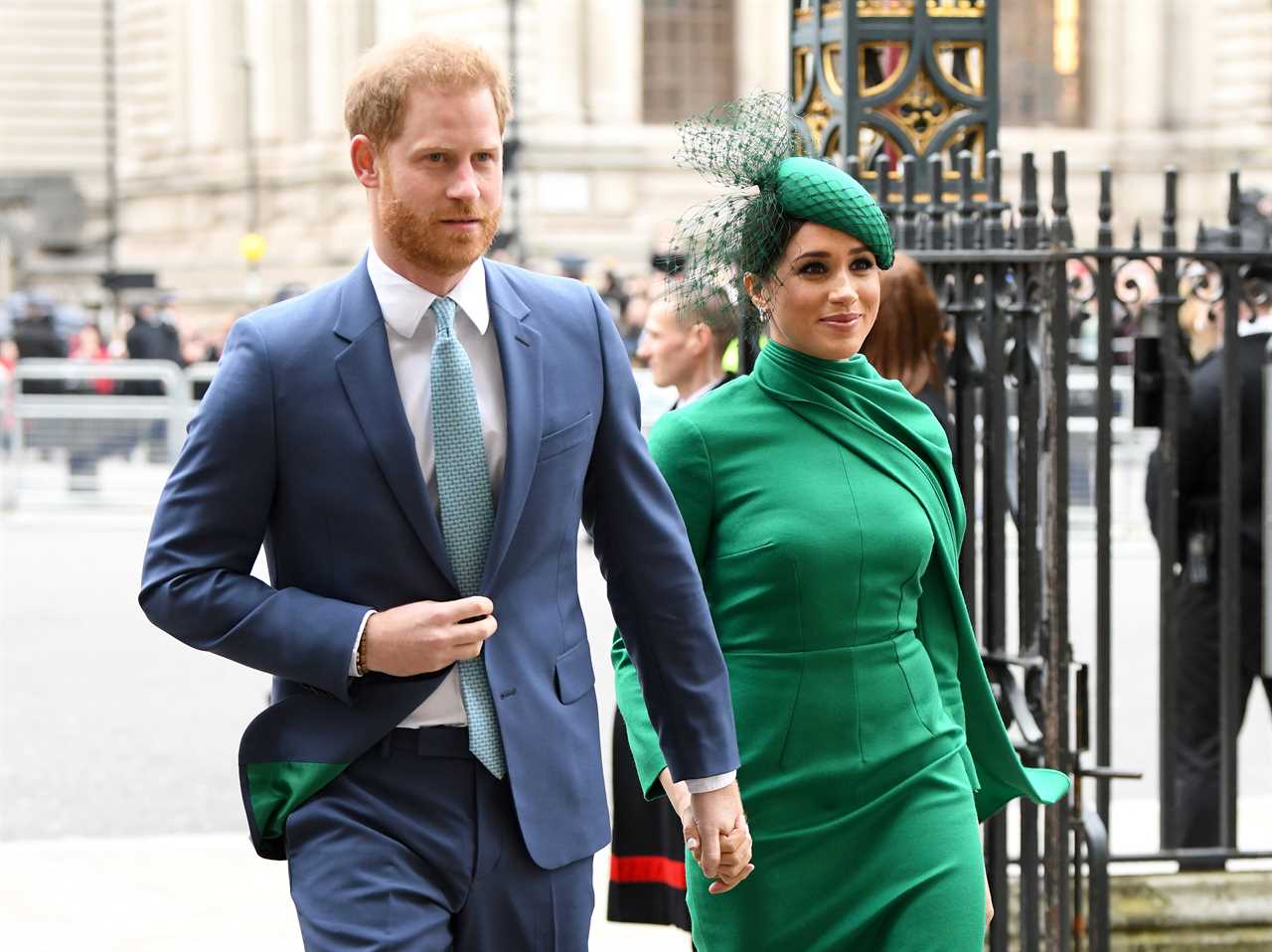 Prince Harry and Meghan Markle are expected to join The Queen at St. Paul’s Cathedral

It’s also a time to pay due tribute to a remarkable 96-year-old woman who during her lengthy reign has represented the very best of British values – dignity, humility, hard work, stoicism, calm, stiffer upper lip and selfless duty.

Unfortunately, next week will also see the arrival of a royal couple who represent the very opposite.

The Duke and Duchess of Sussex, the Southern England county that I come from and where they’ve spent about three hours, are a pair of undignified, whining, hypocritical, virtue-signalling, selfish wastrels.

The carbon-footprint-preaching, poverty-concerned, privacy-demanding couple will fly five thousand miles, spewing 1.5 metric tonnes of CO2 emissions,  from their $11 million mansion in California, accompanied by a Netflix documentary camera crew recording their every move for a Kardashian-style reality TV show.

Teenager shot 19 kids with legal guns but can't buy beer - how can this go on? 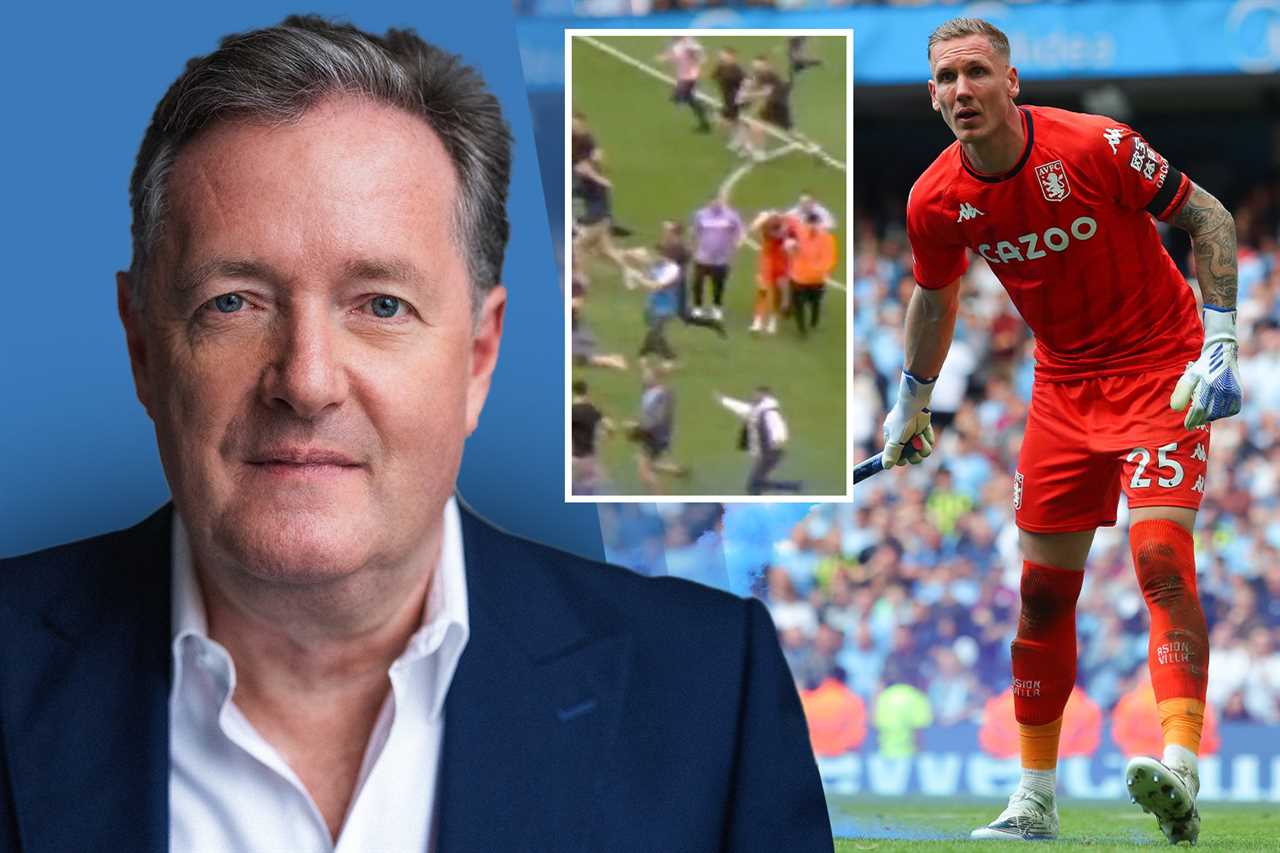 Pitch-invading morons will get player killed - here's what I'd do, says Piers

The emissions of most concern, however, are the noxious toxic fumes they will inevitably emit from the moment they land in London and try to make the Jubilee all about them.

Banished from Buckingham Palace balcony for the Trooping of the Colour opening celebrations next Thursday, it’s been revealed that Meghan and Harry will nonetheless join The Queen at a thanksgiving service in St Paul’s Cathedral – billed as the biggest royal gathering since their wedding.

And I’m already shuddering at the thought of how the fame-hungry duo will cynically hijack all the attention and headlines from the woman who should be getting them, to cement their rival renegade royal family brand and please their Netflix paymasters.

Frankly, the only place I want to see them beside the Queen in public is in Madame Tussauds.

But I’m also bemused as to why they’re flying here at all given that Meghan’s father Thomas lies seriously ill in hospital after suffering a stroke several days ago.

The Sussexes’ Archewell Foundation website boasts: ‘Our core purpose is to uplift and unite communities one act of compassion at a time. We believe that compassion is the defining cultural force of the 21st century.’

How does these lofty words sit with disowning your father because he posed for some misguided paparazzi photos, and now refusing to see him even he stares potential death in the face?

Meghan and Harry love preaching about compassion – yet show none of it to their own families.

If they had an ounce of actual compassion, they’d cancel their trip to the Jubilee and go and see Thomas Markle in hospital.

But that would mean missing the chance to further exploit their royal status for big dollars – and that’s never going to happen.

In a blazing protest against cancel culture, bestselling author and feminist firebrand Margaret Atwood has created a one-of-a-kind, ‘burn-proof’ copy of her book The Handmaid’s Tale, which she’s auctioning to promote free expression.

Besides being a clever publicity stunt, she makes a good point. It’s a scary moment in our cultural evolution, with people lining up to cancel books that are “problematic.”” 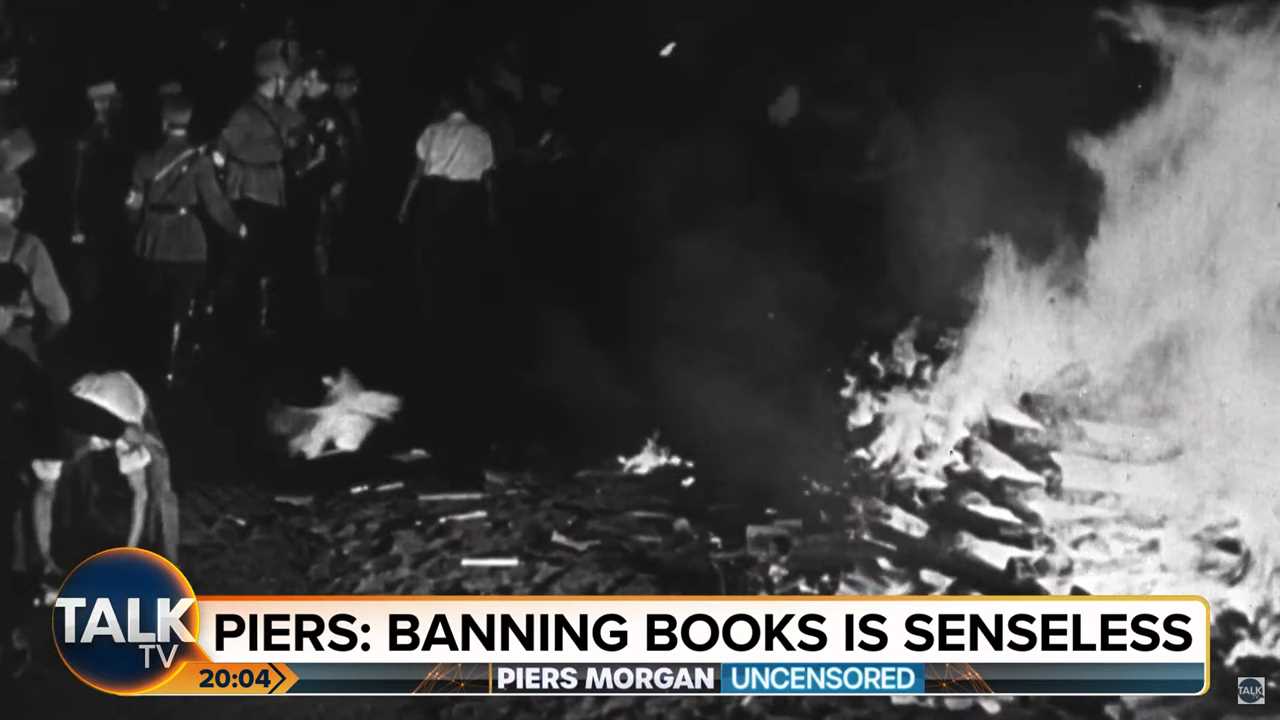 Where have we seen that before?

Schools in the U.S have de-shelved books like “Of Mice and Men” and “The Adventures of Huckleberry Finn” over apparent racism concerns.

In the U.K, universities have axed Shakespeare in attempts to “decolonise” creative writing.

We’ve even seen classics like To Kill a Mockingbird sidelined for promoting a “white saviour narrative.”

These are not manuals on how we ought to think now. They’re works of literature that reflect the times in which they’re written.

It’s teachers’ jobs to provide context and inspire debate. Not indoctrinate kids by only teaching today’s wonky woke values because guess what? Soon those values will be outdated too.

Katherine Birbalsingh, who’s a prominent headteacher at a school in London, has spoken out to say she’s worried some classics will disappear altogether.

“Eventually we will do away with cultural icons like Shakespeare…I do think that dead white men are really important.”

Now she’s not against adding more black female authors to the curriculum. As she points out, she is one…

But she thinks there’s still a lot to learn from dead white men. And she’s not wrong. Who wouldn’t want our children to bask in the beautiful words of these literary giants…

“If Music Be the Food Of Love Play On” (William Shakespeare, Twelfth Night)

“It was the best of times, it was the worst of times” (Charles Dickens, A Tale of Two Cities)

But I’m not dead yet!

She was the face of US daytime television for almost 20 years – and also the self-appointed face of the hashtag BeKind movement.

Busy work. But having two faces has never been a problem for Ellen Degeneres, whose final show airs in the US today. 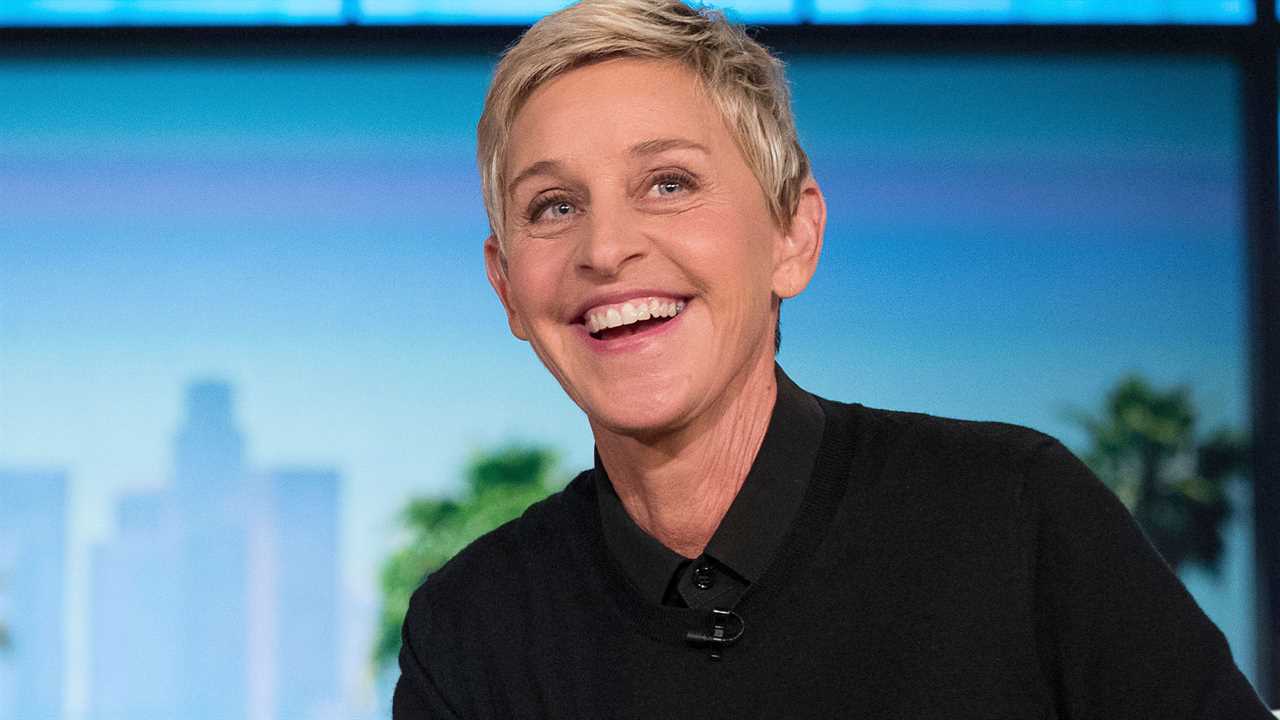 Ellen DeGeneres is airing her last show in the US today

Here she is at her most insufferable.

Ellen’s show was billed as an oasis of calm and kindness, where celebrities were her best friends and lavish donations transformed the lives of the most deserving.

It even had a logo reading: “Be Kind To Each Other.”

But behind the scenes she was just about the least kind person in television.

Staff reportedly endured a toxic bullying culture of discrimination and sexual harassment, for which she eventually issued a grovelling on-air apology.

[Tweet – Ellen – I made an employee cry today – it felt good]

This Tweet from the archives aged about as well as an open yoghurt in the desert.

Goodbye and good riddance Ellen, like so many woke celebrities, you’re a total fraud.

Here on Uncensored we like to support the little guy.

The people who slog and toil through every hardship to keep the world spinning. 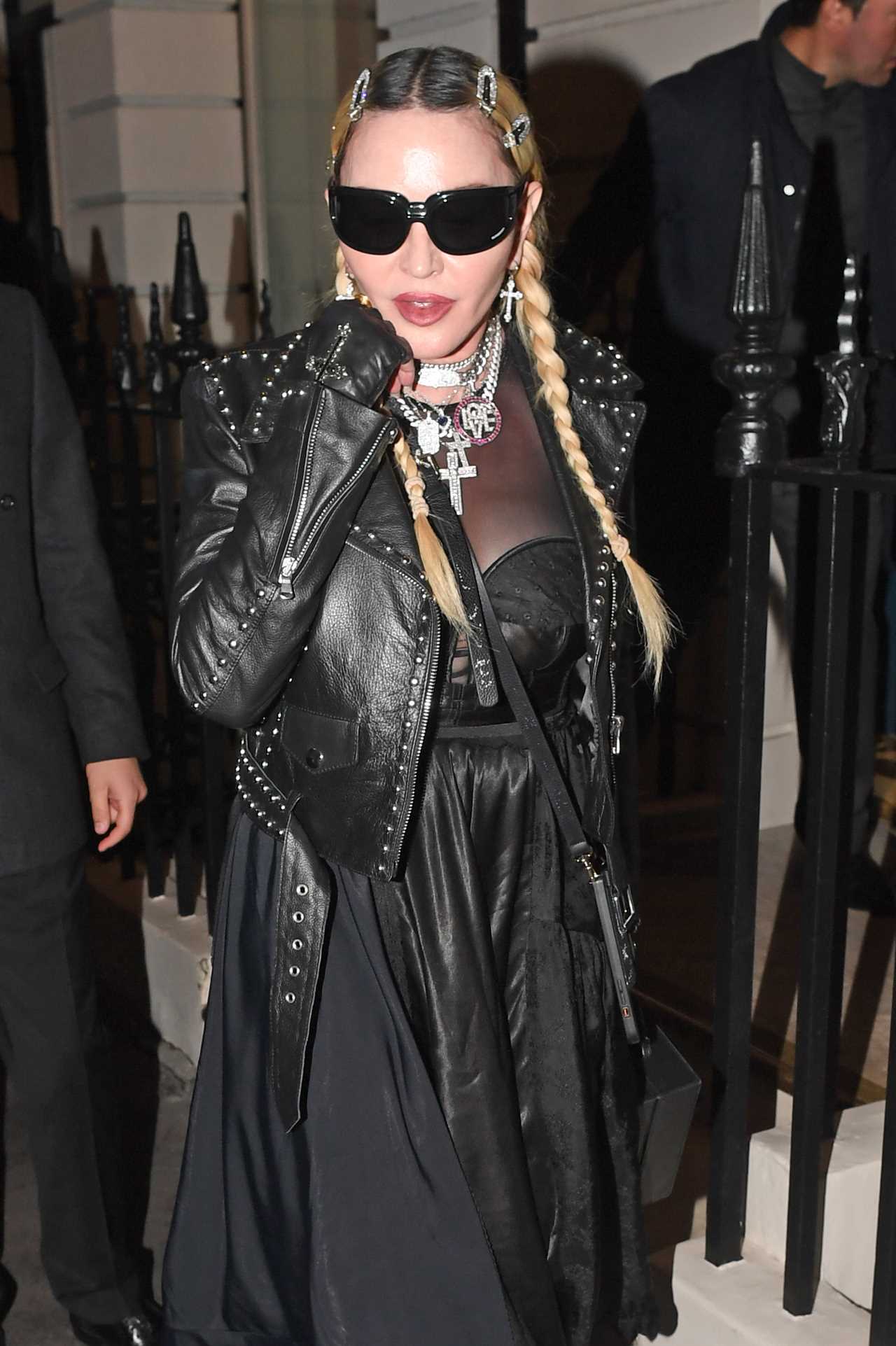 Madonna is reportedly looking for a new toyboy

And tonight I want to pay tribute to the people who do the very worst jobs in the world.

There are quite a few candidates.

It could be the cleaner at this warehouse

But we have a late entry – and a winner.

How about being the other half the world’s worst celebrity narcissist?

Madonna, 63, is reportedly auditioning for a new boyfriend after splitting from her 28-year-old backing dancer lover.

A source close to the cringe-making singer said: “The thought of grey hair or wrinkles is a massive turn-off. What she wants is a hard-bodied, hot guy in his late twenties.” 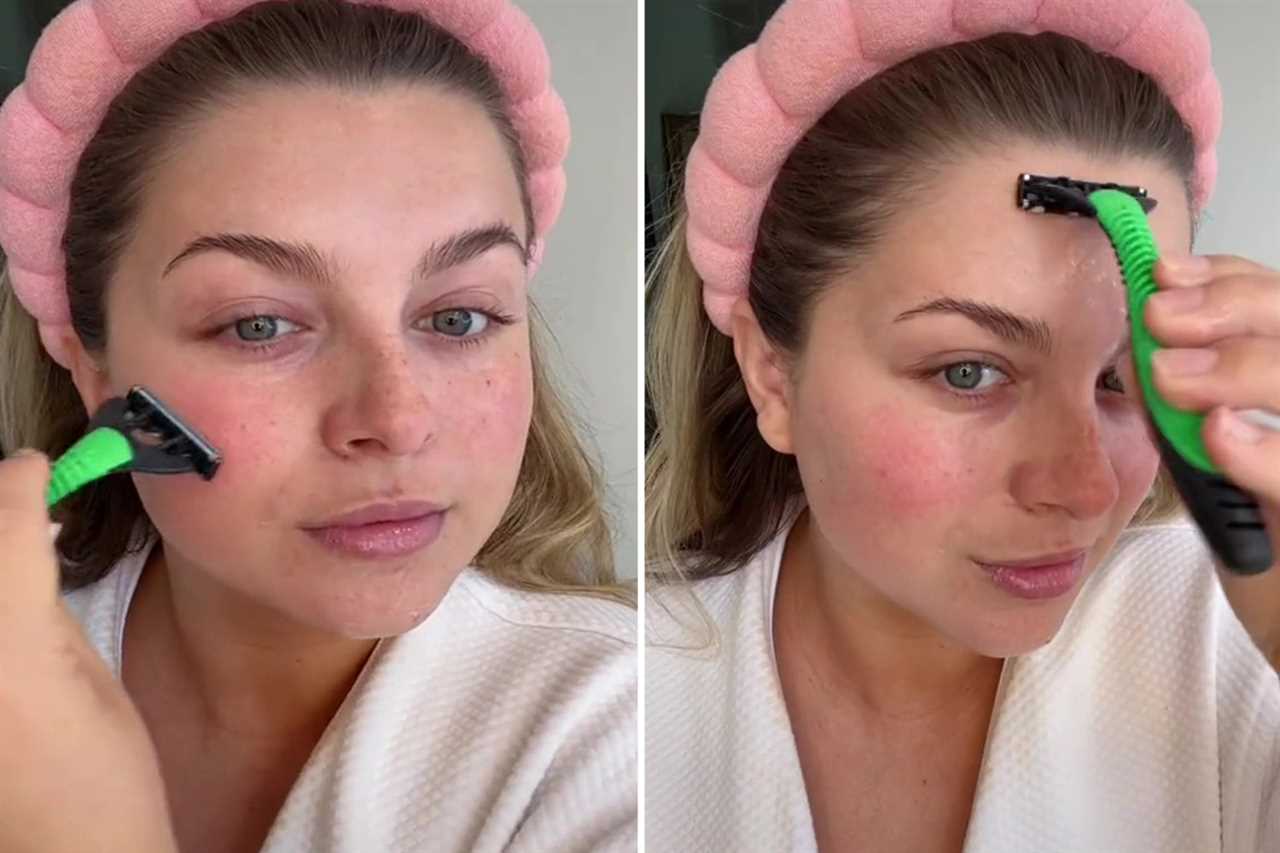 what's the fuzz about?

I'm a skin expert, you should shave your face each day 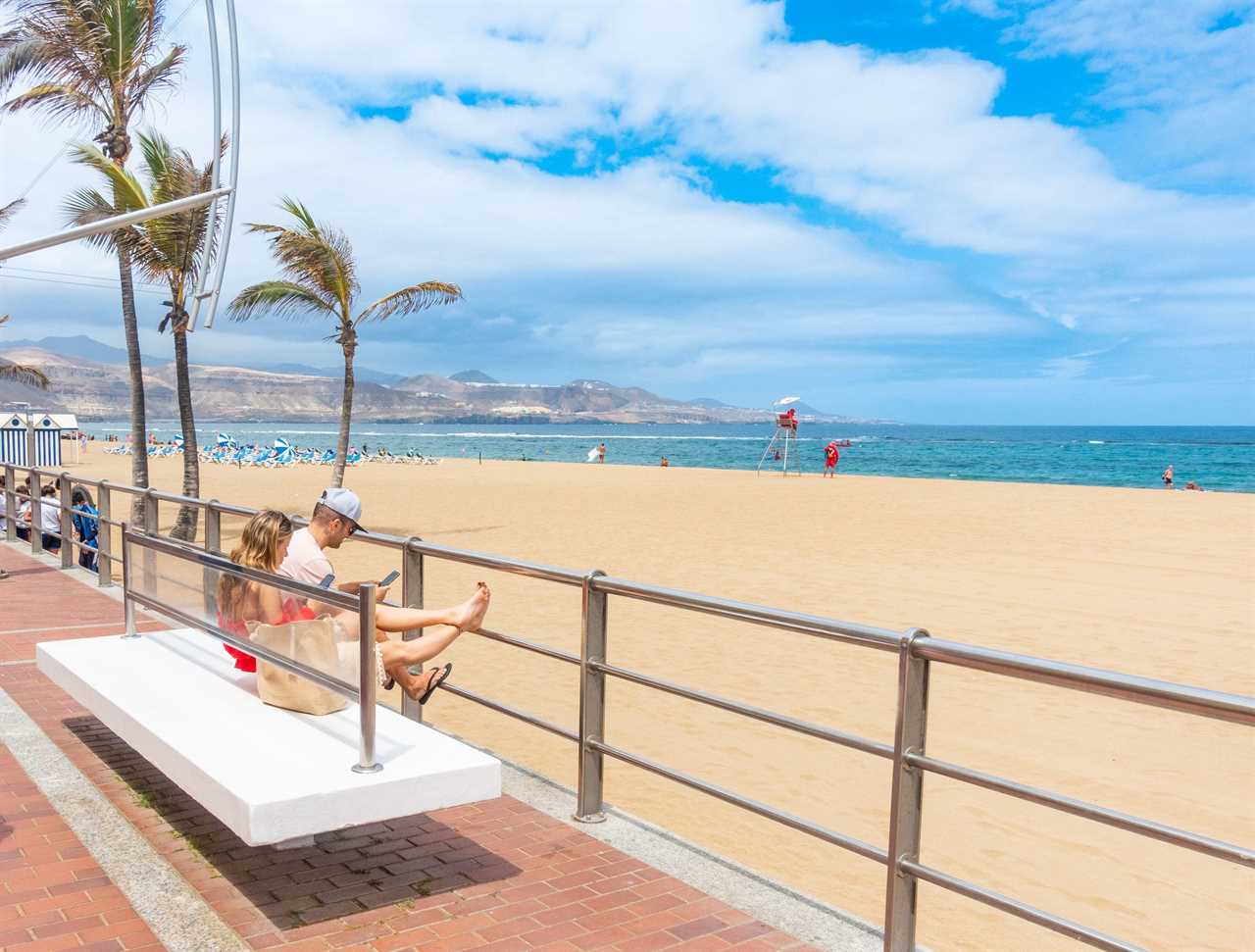 But what about the thought of dating this?

Whoever the poor guy turns out to be, I wish him luck. He’ll need it.