THOMAS Markle has blasted his daughter Meghan and Prince Harry as “bad parents” who have “made mistakes” in raising his grandchildren.The Duchess of..

THOMAS Markle has blasted his daughter Meghan and Prince Harry as “bad parents” who have “made mistakes” in raising his grandchildren.

The Duchess of Sussex‘s estranged father criticized the couple’s “bad behavior” and the effect it has had on raising their son Archie, 2, and newborn girl Lilibet. 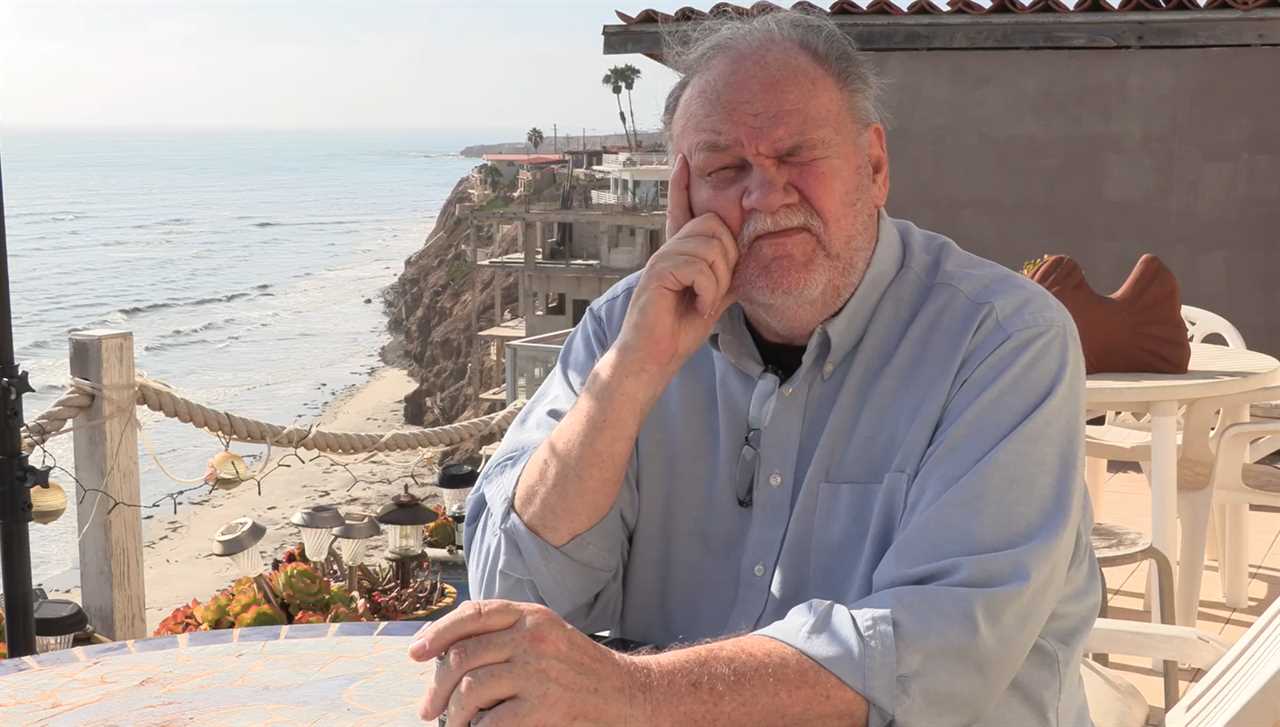 Thomas Markle slammed the couple for their ‘bad behavior’ and ‘mistakes’ 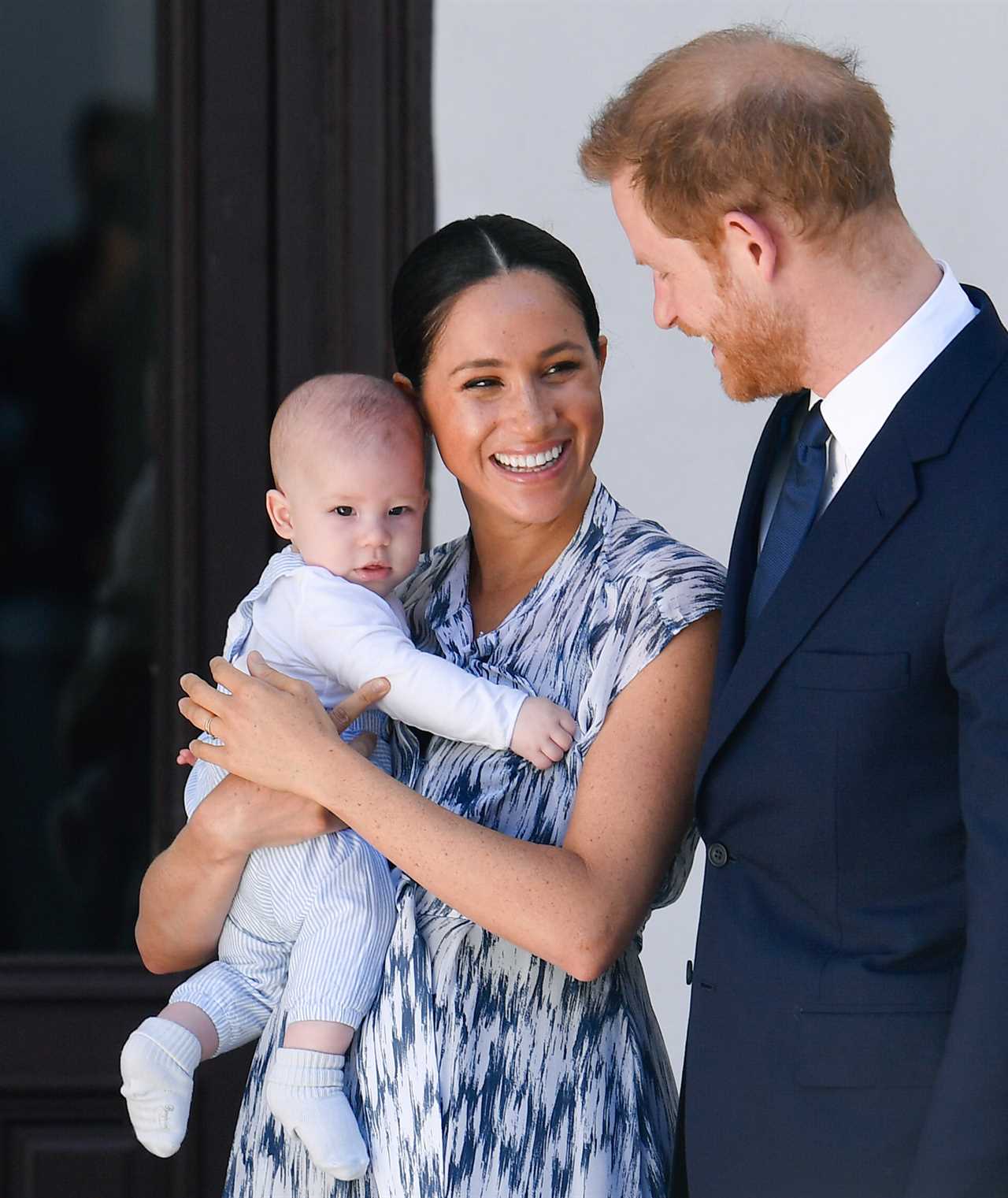 In an explosive interview with Fox News on Thursday, he emotionally appealed to the Queen and the British public to not shun the youngsters due to the pair’s actions.

Speaking from his home in Rosarito, Mexico, Thomas Markle said: “I’m hoping Her Majesty the Queen and the people in England will stop and think about the mistakes and bad behavior of their parents.

“I will be petitioning the California courts for the right to see my grandchildren in the very near future.”

The former Hollywood lighting director has yet to meet his two grandkids due to his fractious relationship with his ex-Royal daughter – who he hasn’t seen since before her 2018 marriage to Harry, the Duke of Sussex.

The 77-year-old continued to plead with the Queen and the royal family in the interview and asked for them to baptize his grandaughter Lilibet.

“I’d like to take this opportunity to ask Her Majesty the Queen, the British family, the royal family, to allow Lily to receive her baptism and first christening at the Queen’s church,” Markle said.

“We shouldn’t be punishing her for Megan and Harry’s bad behavior,” he blasted at his daughter and son-in-law.

“Archie and Lily are small children, they are not politics, they’re not pawns, not part of the game.”

“And they’re also Royals. They’re also entitled to the same rights as any other royal.”

Meghan’s dad also revealed that he would “welcome” Queen Elizabeth and the Royals’ to his home.

He said: “Of course they would be invited to my home at any time.”

Thomas also told how Meghan’s quest for fame began when she was just 12-years-old after he asked her to be his “date” when he was nominated for an Emmy Award.

He said: “Once she was on the red carpet with me and the flashes were popping and the lights blaring and the red carpet blinded you all over… Meghan turned to me and said ‘Daddy I want to be famous just like you one day.’

“I turned to her and said, ‘You are famous to me already and in life family is all that really matters’.”

Markle then hit out at Prince Harry amid the news he is working on a memoir that will be released next year.

The news sent shockwaves through the palace as other members of the Royal Family wait to see what explosive claims may feature.

Thomas thought Prince Harry may not have “too much more to tell” following several interviews in recent months.

In the book, Harry hopes to tell “his story” as he said in a statement: “I’m writing this not as the prince I was born but as the man, I have become.

“I’ve worn many hats over the years, both literally and figuratively, and my hope that in telling my story – the highs and lows, the mistakes, the lessons learned – I can help show that no matter where we come from, we have more in common than we think.”

‘I DON’T KNOW THEIR NUMBER’

A spokesperson for the Duke and Duchess of Sussex had no comment when approached by Fox News.

The Fox interview came weeks after the estranged dad revealed he didn’t know Meghan’s phone number and said he’s waiting for the Duchess and Harry to contact him.

“At this point, I don’t know their number.”

Thomas claimed he had left a letter for chat show host Oprah Winfrey asking for a “chance to tell my story” after Harry and Meghan made bombshell allegations to the TV host during a series of interviews.

Meghan’s dad said he never received a response to the letter.

He told 60 Minutes in June: “I’m still waiting for them to get to me. I had tried early on to contact them and never got through.”

The dad and daughter haven’t spoken for about three years since Thomas confessed to staging paparazzi photos in the lead-up to the couple’s wedding.

He admitted to lying to Prince Harry about posing for paparazzi photos which he staged in a bid to improve his image.

Earlier this year, Thomas claimed he apologized “100 times” to Harry and Meghan but claims they still won’t talk to him.

During her bombshell interview with Oprah, Meghan was asked if it felt like a “betrayal” when she found out her father was working with the Press.

She replied: “I’m trying to decide if I’m comfortable even talking about that. It was… if we were going to use the word betrayal.

“We called my dad and I asked him and he said, no, absolutely not.”

Thomas set up snaps of himself getting fitted for a suit and reading articles about Meghan and admitted he made the “wrong call”.

Markle said he wanted to improve his image after being snapped doing menial tasks.

The estranged dad said he had a feeling that the pictures would be “hokey” but the man, who claimed to be a PR expert, assured him he knew what he was doing. 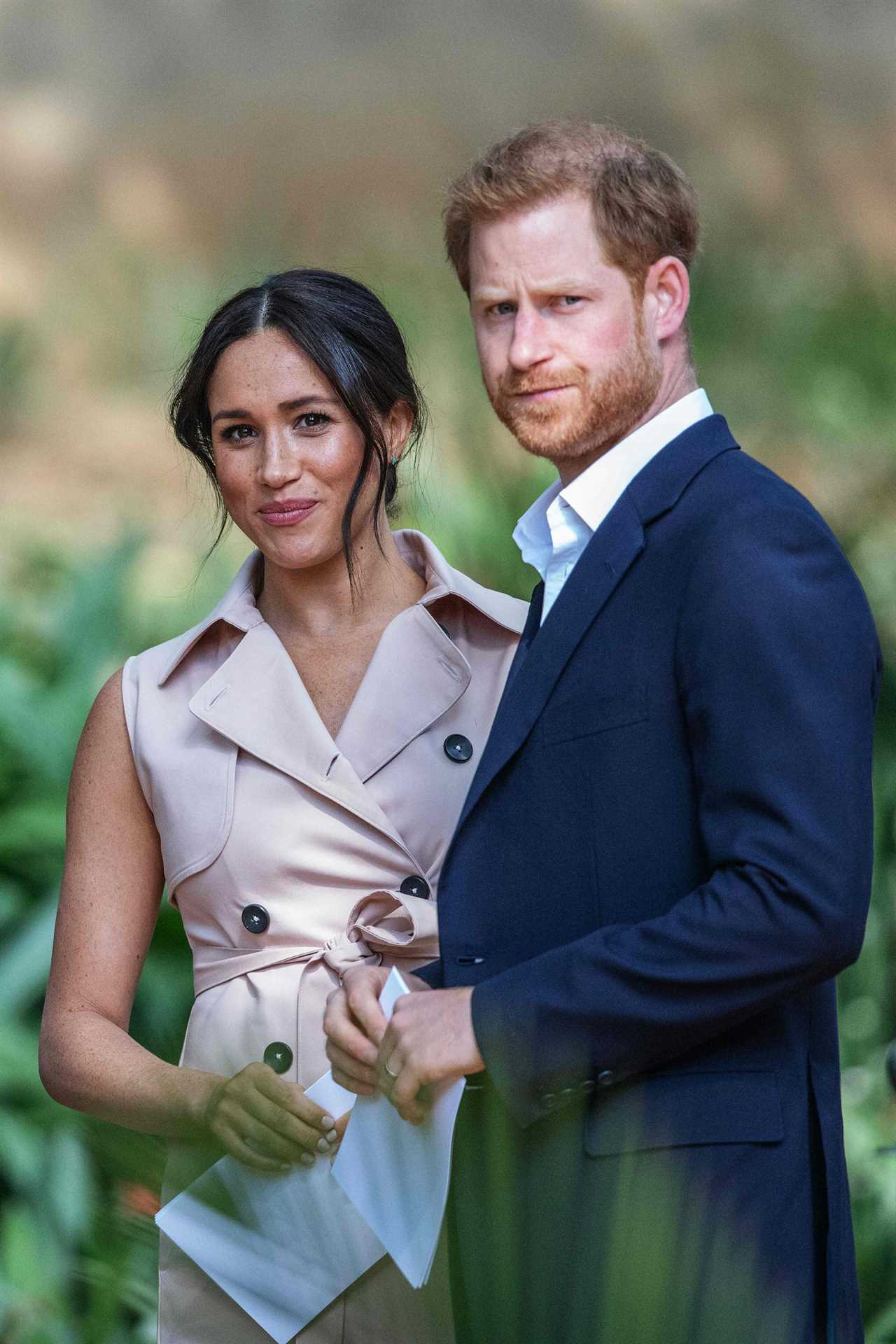 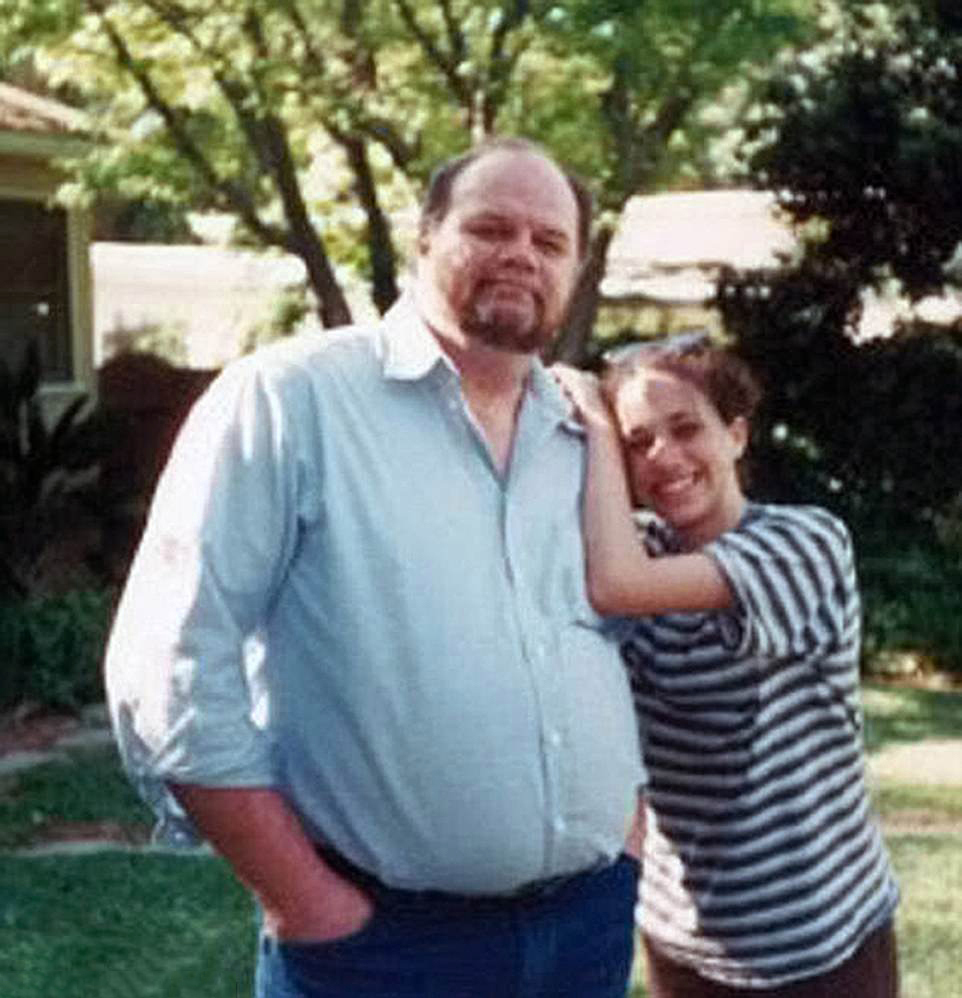 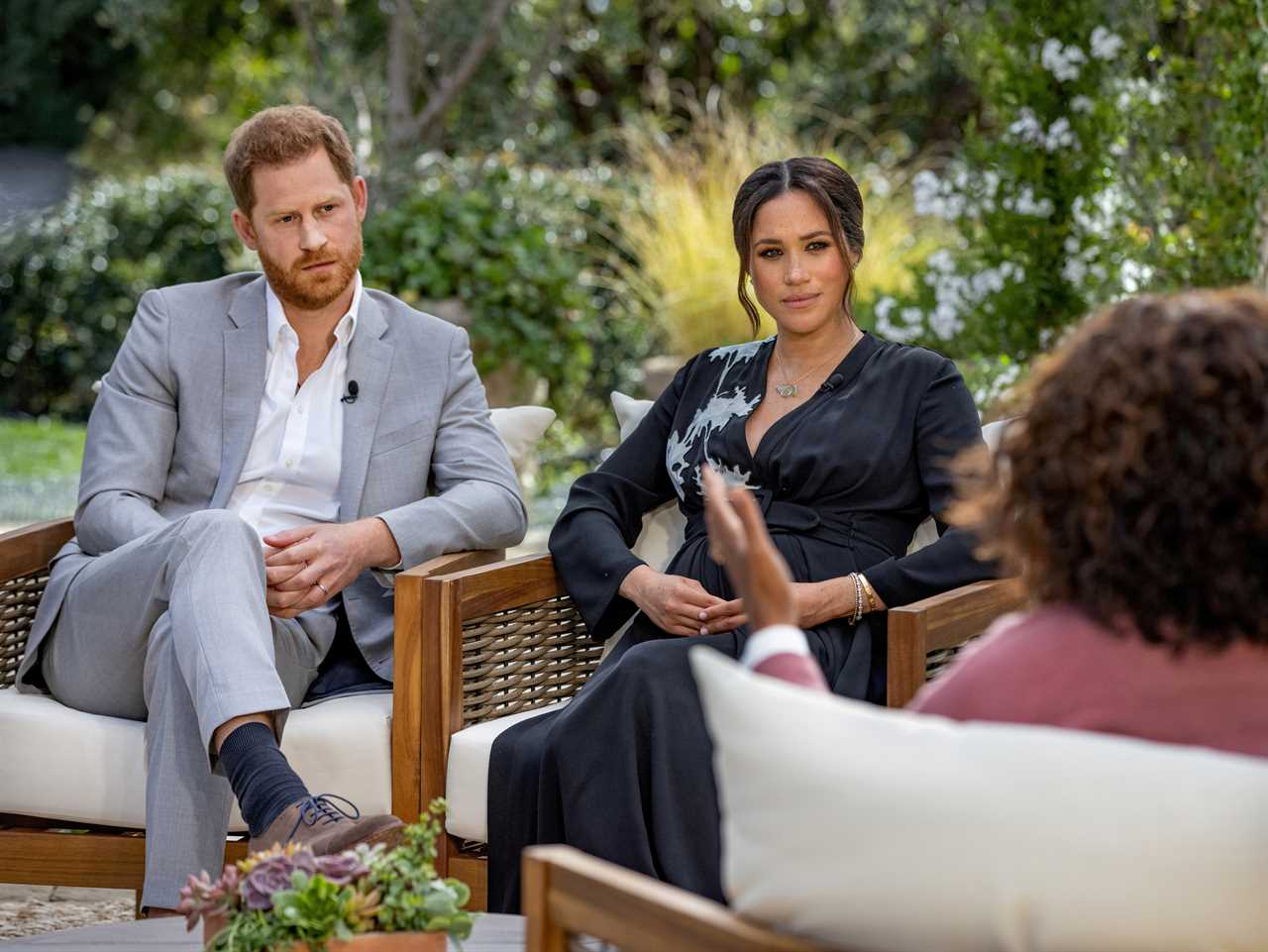 During her interview with Oprah, Meghan was asked if it felt like ‘betrayal’ when she found out her dad had been working with the Press
mademistakestheduchessbadbehavior