I hate being called a rocker – nobody likes to be labelled, says Jack White

JACK WHITE III is nothing if not unpredictable.He deals in ear-splitting riffs and the tenderest vocals, in raucous old-school synths and the most..

JACK WHITE III is nothing if not unpredictable.

He deals in ear-splitting riffs and the tenderest vocals, in raucous old-school synths and the most featherlight acoustic guitar. 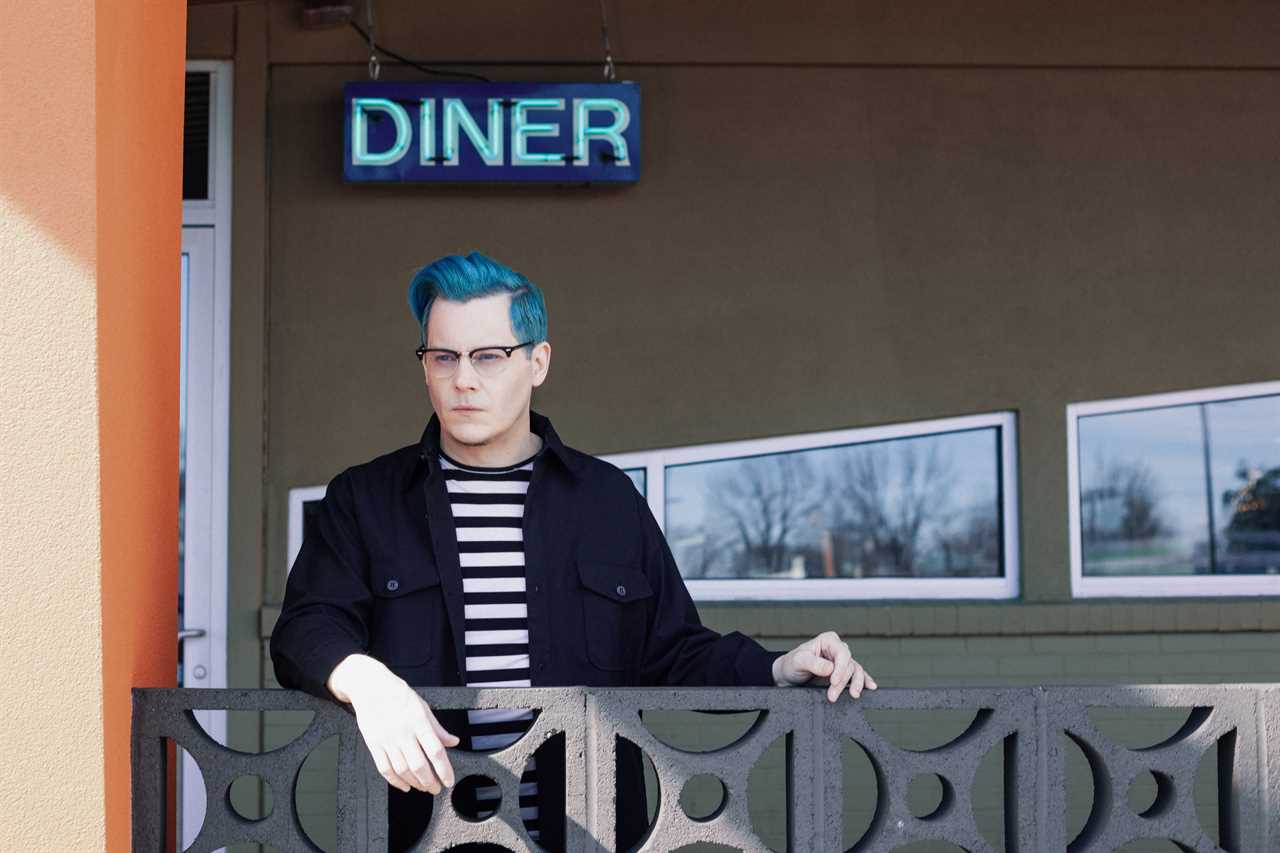 Jack White III is nothing if not unpredictable 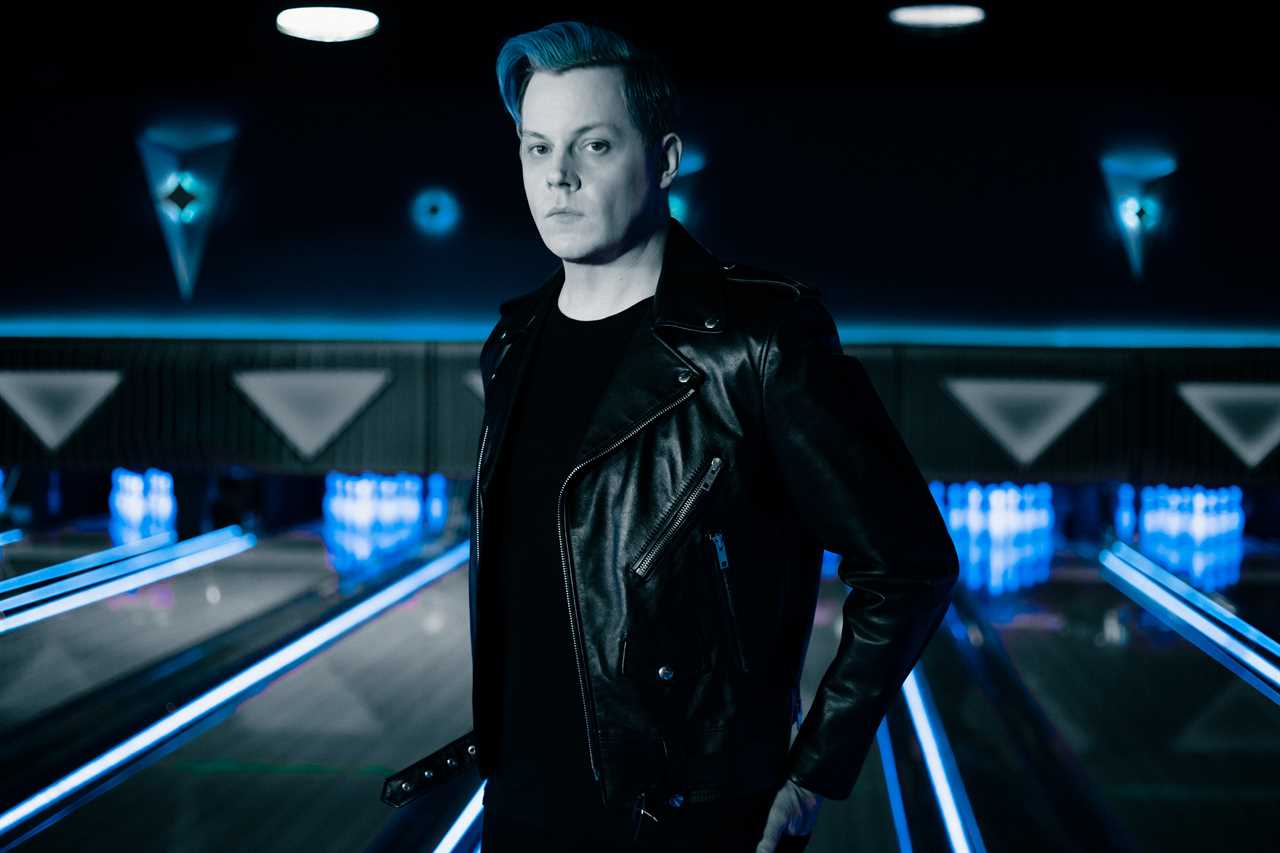 He deals in ear-splitting riffs and the tenderest vocals

This helps explain why he is releasing two albums this year — one very loud, Fear Of The Dawn, and one considerably quieter, Entering Heaven Alive.

The former arrives next week and is a thrilling, thunderous exercise in white-knuckle rock, while the latter, out in July, is an intimate, acoustic thing of rare beauty.

“Nobody likes to be labelled,” he says. “If I see an article written about me that says ‘rocker Jack White’, I don’t like it. But I do get why someone might say it.

“If they say, ‘White Stripe Jack White’ because they only know me from that, I also understand that perfectly. But I’m left thinking, ‘I’m not just the guy from The White Stripes’.” 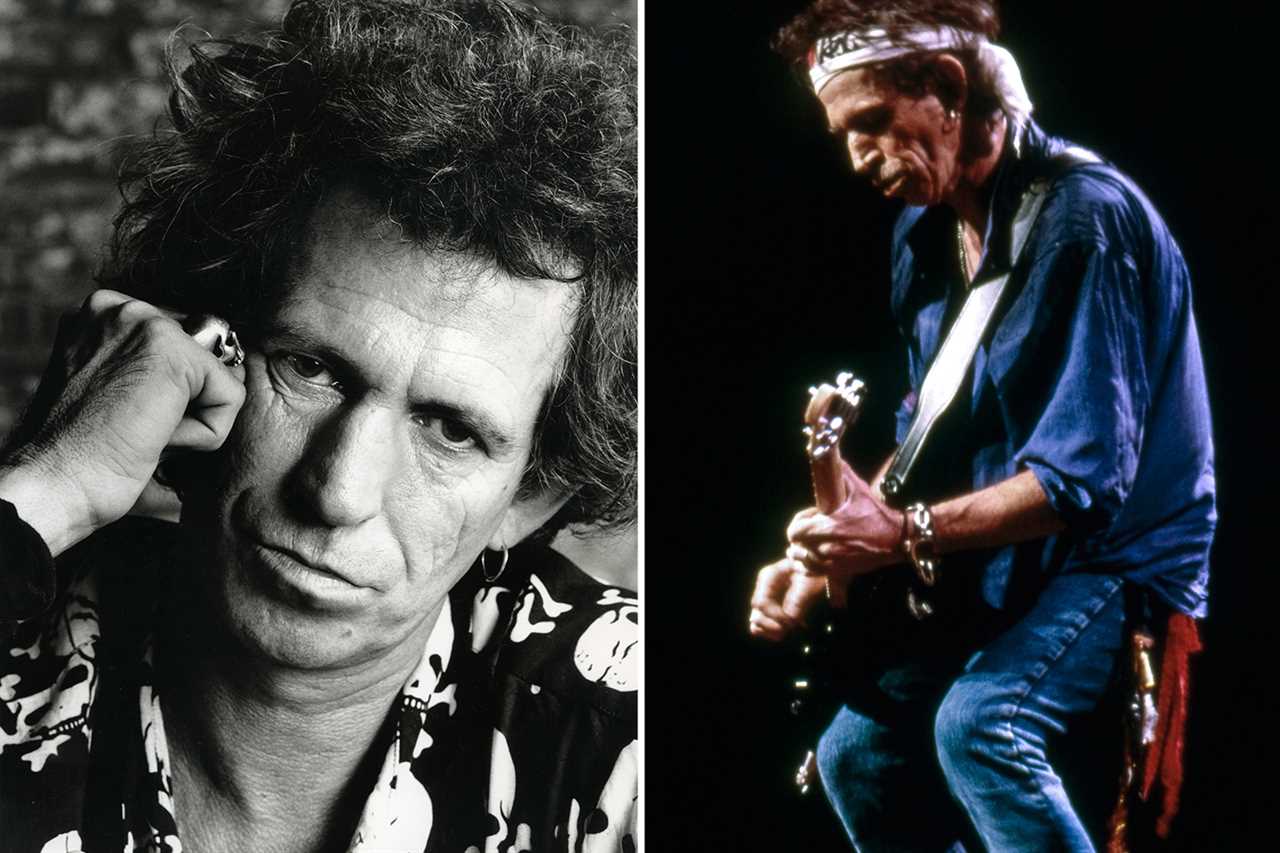 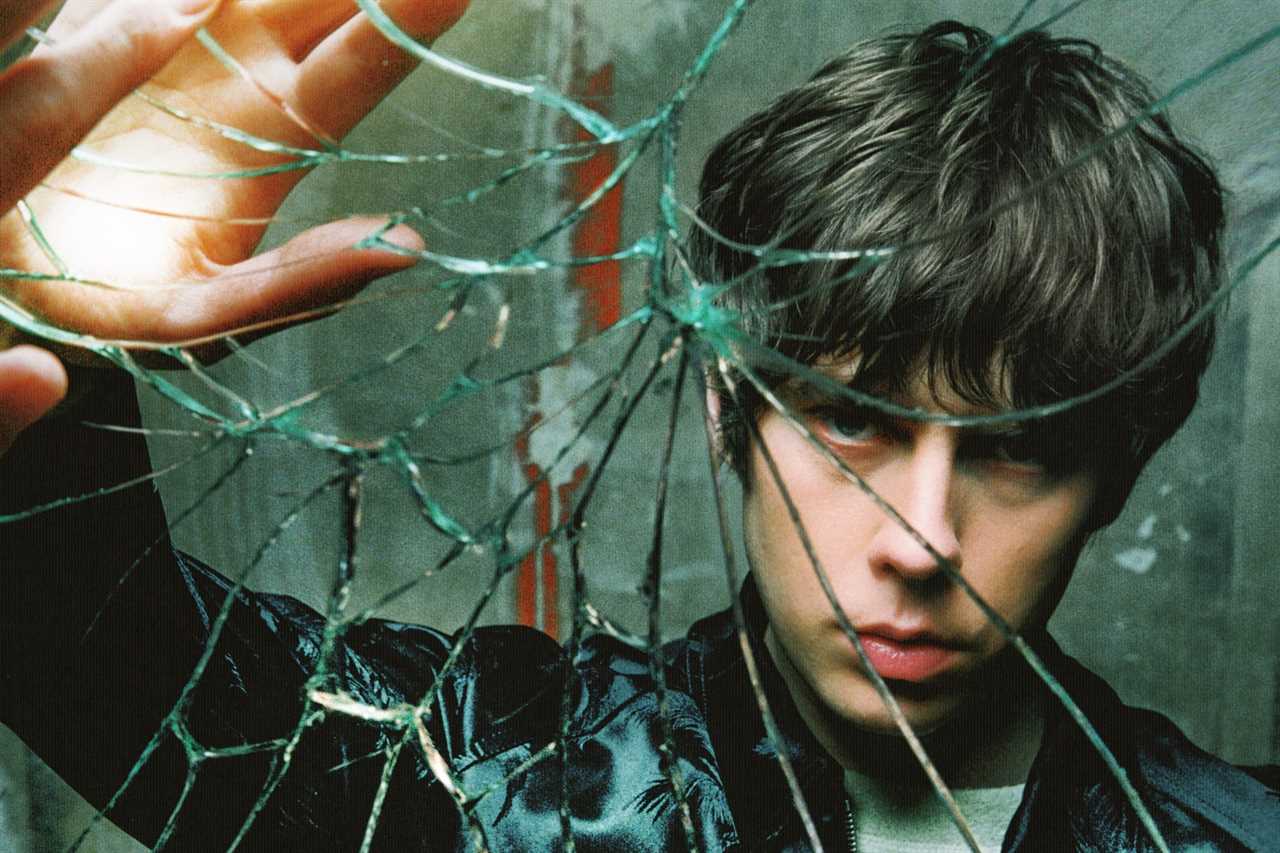 Jake Bugg on his musical career, writing music in lockdown and football

Those who correctly make a stab at describing the mercurial musician as a more varied operator do not always get their phrasing right either.

Jack says: “People have said I’m ‘the Willy Wonka of music’. Again, I understand it. But the words just sound so silly!”

If his songs throw up endless surprises, Jack is reliably consistent when it comes to colours.

You may recall the red, white and black aesthetic of The White Stripes, right down to the album covers, the clothes, instruments and website.

‘IT TAKES A LOT OF WORK TO GET THIS BLUE HAIR’

Then there is the vivid yellow and black of his retro-styled Third Man Records empire, recently expanded to include a London shop and join outlets in Nashville and Detroit.

For the past decade, we have also had Jack’s solo career, otherwise known as his blue period.

Blue symbolises his great passion for the blues and his Mississippi heroes such as Son House and Charley Patton. But now he has taken his colour obsession to the next level.

As you can see from the latest pictures, his unruly mop of dark hair has become shorter, smarter and neatly combed into a quiff. It’s also bright blue.

So is he planning to keep it that way? “For the time being, yes,” he replies, emphatically.

“I feel bad for my girlfriend because she has agreed to be the one to manage it,” he adds.

“It’s a lot of work to first go from almost black hair to white and then dye it blue, so my heart goes out to her.”

The last time I saw Jack in the flesh, his old, familiar hairstyle was still present and correct.

It was spring 2019 when he and bandmate Brendan Benson visited SFTW’s HQ overlooking London Bridge to talk about The Raconteurs’ comeback album Help Us Stranger.

But, as you’d expect from such a restless soul, much has happened in White’s world in the three years since that jolly occasion.

As the Covid pandemic upended his and all our lives, his regular cycle of album followed by tour went on hold.

He notes that 2020 was probably the most music-free year of his entire career.

“Only at the beginning of winter did I write a couple of acoustic songs — but that was it,” he explains when we speak via the obligatory Zoom.

“It felt as if the pandemic could go on for years so I told myself, ‘If I’m not going to tour, then releasing an album is a bit strange’. I didn’t want to put something out that just disappears into mist.

“So I decided not to bother and work on other creative things. I knew I could always come back to music.”

By “other creative things”, Jack is talking about his return to the craft he learned while still at Cass Technical High School in Detroit — upholstery and, by extension, design.

‘MY DESIGN WORK IS A BREATH OF FRESH AIR’

“Being an insular artist during the pandemic, I quickly realised how much I could get on with in my own back yard,” he says.

“If everything around was on fire, I could still work at my property. I have my studio here and my upholstery shop.”

So he set about design work on the uber-cool Warstic HQ in Dallas, a high-end sports goods store that comes across as a shrine to baseball; and the striking Third Man Records shop, just a stone’s throw from central London’s Carnaby Street.

“Those projects were a giant breath of fresh air for me,” he says, before sifting through the mists of time to his high-school days when he prepared for his first day job.

“As a teenager, upholstery was what I planned on doing for the rest of my life,” he affirms.

“I considered music to be a hobby. I loved it intensely but I was resigned to playing gigs at a little bar once in a while.”

On leaving school, he set up Third Man Upholstery on Ferdinand St, Detroit, so named “because I was the third upholsterer on my street”.

I ask Jack what attracted him to the work. “In the inner city, it was almost impossible to buy anything useful,” he tells me.

“There was no bookstore, no music store, no record shop. I mean, me and my friend would go to the pawn shop to buy guitar strings.”

That got him thinking . . . what if he could actually supply useful items “like a couch or a chair”?

He says: “I found it beautiful. It was using your hands. It was a trade you could actually make a living from and be proud of.”

All these years later, his skills and ambitions have grown, reflected by the website he launched last year, Jack White Art & Design. The Anglophile is immensely proud of his Third Man London shop, which he worked on by remote during the pandemic.

“There is so much to say about it,” he enthuses. “Not to mention Damien Hirst letting us perform from his balcony for the opening.”

Jack continues: “When the pandemic hit, I thought we might have to abandon the idea but we held on for dear life.

“It was incredible to pull it off even if it only lasts for a year. At some point in our existence, Third Man Records has had an international location.”

It is particularly special for Jack to open a shop in England.

He says: “I grew up with these older brothers who were pretty big Anglophiles, anything from Monty Python to the British rock ’n’ roll bands to the history of World War Two,” he says. “And anybody with a British accent was incredibly exotic to us.”

If 2020 was all about projects outside music, last year witnessed the recording of the two new Jack White albums.

“I had no intention of doing two,” he reveals. “I was just writing songs and they started jumping into different shoeboxes.

“It was like having playlists on my computer with quieter songs in one and heavier songs in the other.”

Recording in pandemic isolation threw up new challenges for Jack.

“As with many musicians during the lockdown, I found myself playing all the instruments — something I’d never done before,” he says.

“The only exception was the James Bond song (Another Way To Die) because, at a particular moment, I had to prepare it for Alicia Keys.”

One track, Taking Me Back, unifies the new albums. As a searing rocker, it begins Fear Of The Dawn. As a becalmed folk number, it ends Entering Heaven Alive.

I suggest that he has confirmed the infinite possibilities offered by a single song.

“You have nailed it on the head,” Jack decides. “That’s exactly what the different versions of Taking Me Back are all about.

“It just shows you can take any song and deliver it in a flamenco style or a samba or a bossa nova or a polka.” He likes the idea of his albums for ever being linked by Taking Me Back.

“This goes back to me as a boy laying on my stomach on the living-room floor reading album covers,” he says.

Glance at the tracklist of Fear Of The Dawn and you will see a clear theme emerging. There is the title song, Into The Twilight, Dusk and the intriguingly titled Eosophobia, meaning morbid fear of the dawn or daylight.

Jack says: “It won’t surprise me if a lot of people think Fear Of The Dawn is a concept album and I won’t argue against that.

“Lyrics came out of me and I started to see these threads — the moon, the sun, dawn and dusk.”

He has long been drawn to words like triskaidekaphobia, fear of the number 13. “So when I read the word ‘eosophobia’ in some article, I had to look it up,” he says. “I thought, ‘What a horrible fear’. If, every night, you have a fear of the morning, it must be pure terror because it’s unavoidable.”

Thankfully, the phobia does not apply to Jack himself. In fact, he is quite the opposite kind of guy.

“I would probably be called an annoyingly vibrant morning person,” he laughs. “At the office, I’m someone you would want to avoid for the first 20 minutes because I’m in a pretty good mood and raring to go.”

The ominous-sounding The White Raven offers a familiar Jack White theme. “The song is all about camouflage and why different colours mean so in certain cultures,” he says.

“I was reading about albinos being hunted, killed and accused of being witches in certain parts of Africa because they look different.”

On a wider level, the song is about people who have rare conditions of any kind, including eosophobia.

Key among Fear Of The Dawn’s tracks is Hi-De-Ho, complete with vocals from rapper Q-Tip and a sample of The Hi-De-Ho Man by jazz great Cab Calloway, best known for the effervescent Minnie The Moocher. “Q-Tip and I had been working on several tracks,” reports Jack.

“I said to him, ‘Hey man, check this one out. Let’s get this one finished’. He quickly came back with a vocal that was just incredible.

“My friends keep saying, ‘That’s you at the beginning of the song’, which is so funny. I say, ‘No, it’s a Cab Calloway sample’.”

When he was about 11, Jack was watching TV with his father when old footage of Calloway appeared on the screen. “My dad said, ‘That guy is amazing, he was a big-band leader and real wild man’.”

Calloway clearly made an impression because his interpretation of St James Infirmary Blues appeared as a cover on the debut White Stripes album.

Jack says: “He was great because he could work with humour and music. Some people try and come off as goofy and ridiculous.”

Hi-De-Ho is one of several tracks Jack wrote on the bass, which helps explain the album’s profusion of wonderfully dirty basslines.

“Often songs will start off on the bass, either in the studio or just sitting in the living room,” says Jack.

He plans to play the instrument on a couple of songs during his tour, which starts in Detroit next Friday. 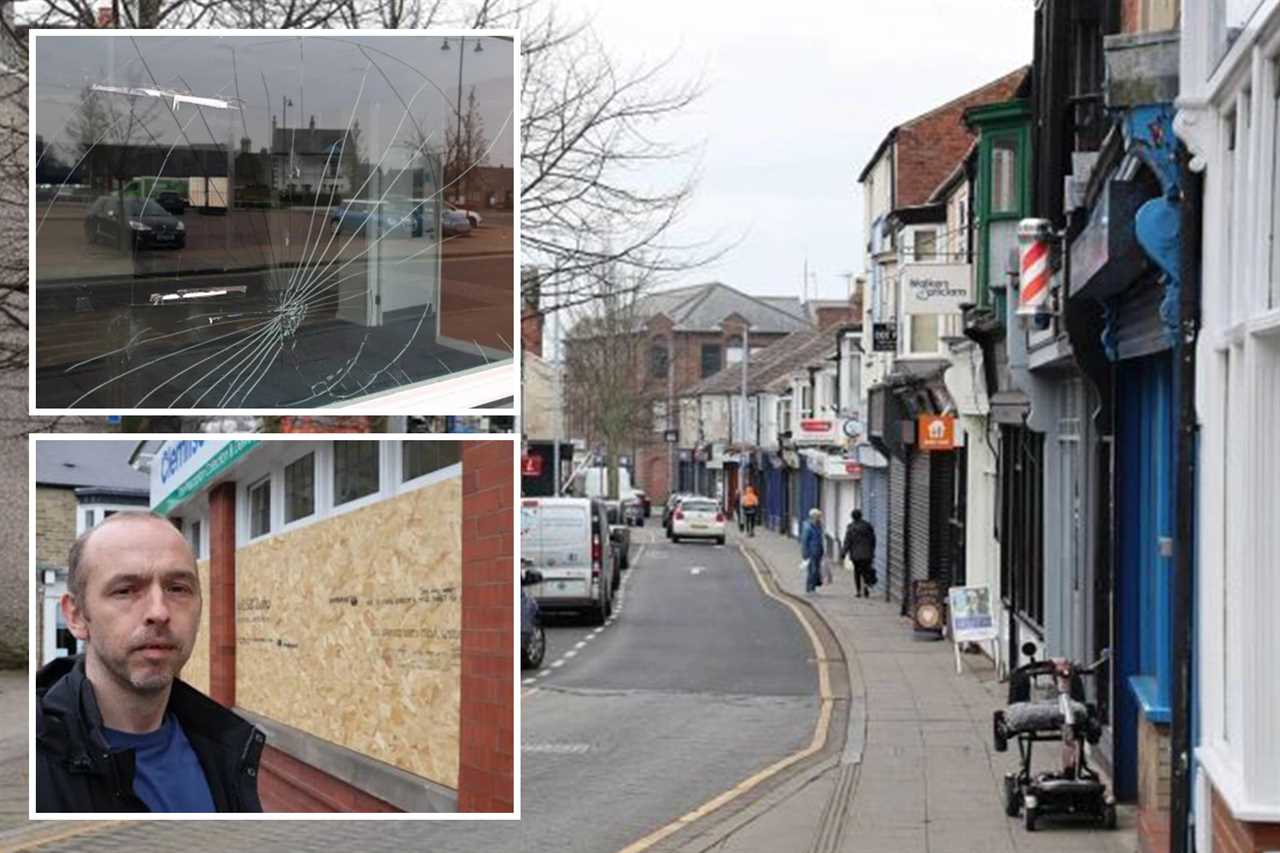 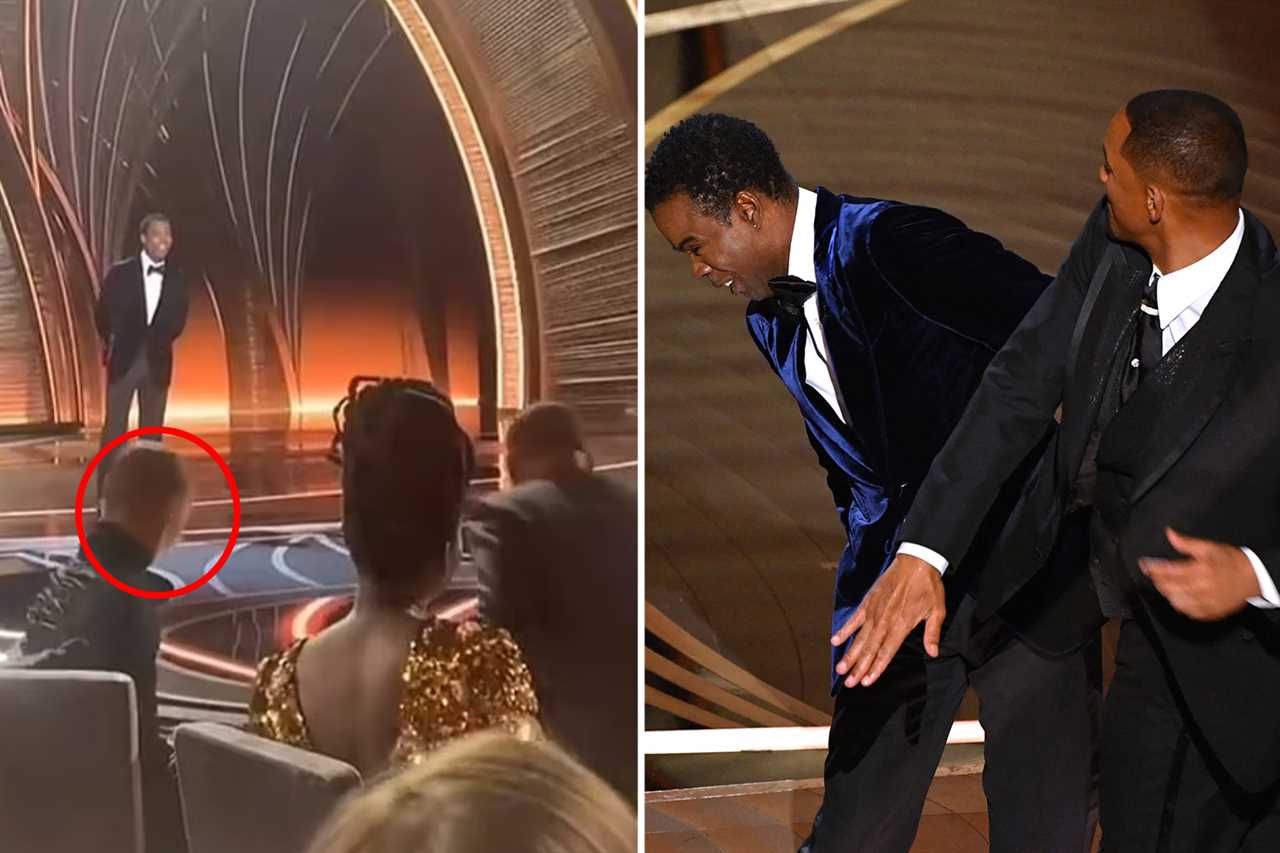 “I learned early on in The White Stripes that bass can be a driving force,” he adds. “Seven Nation Army is bass for all intents and purposes.”

If you love that song’s riff, heard in football grounds across the globe, there is plenty more where that came from on Fear Of The Dawn. 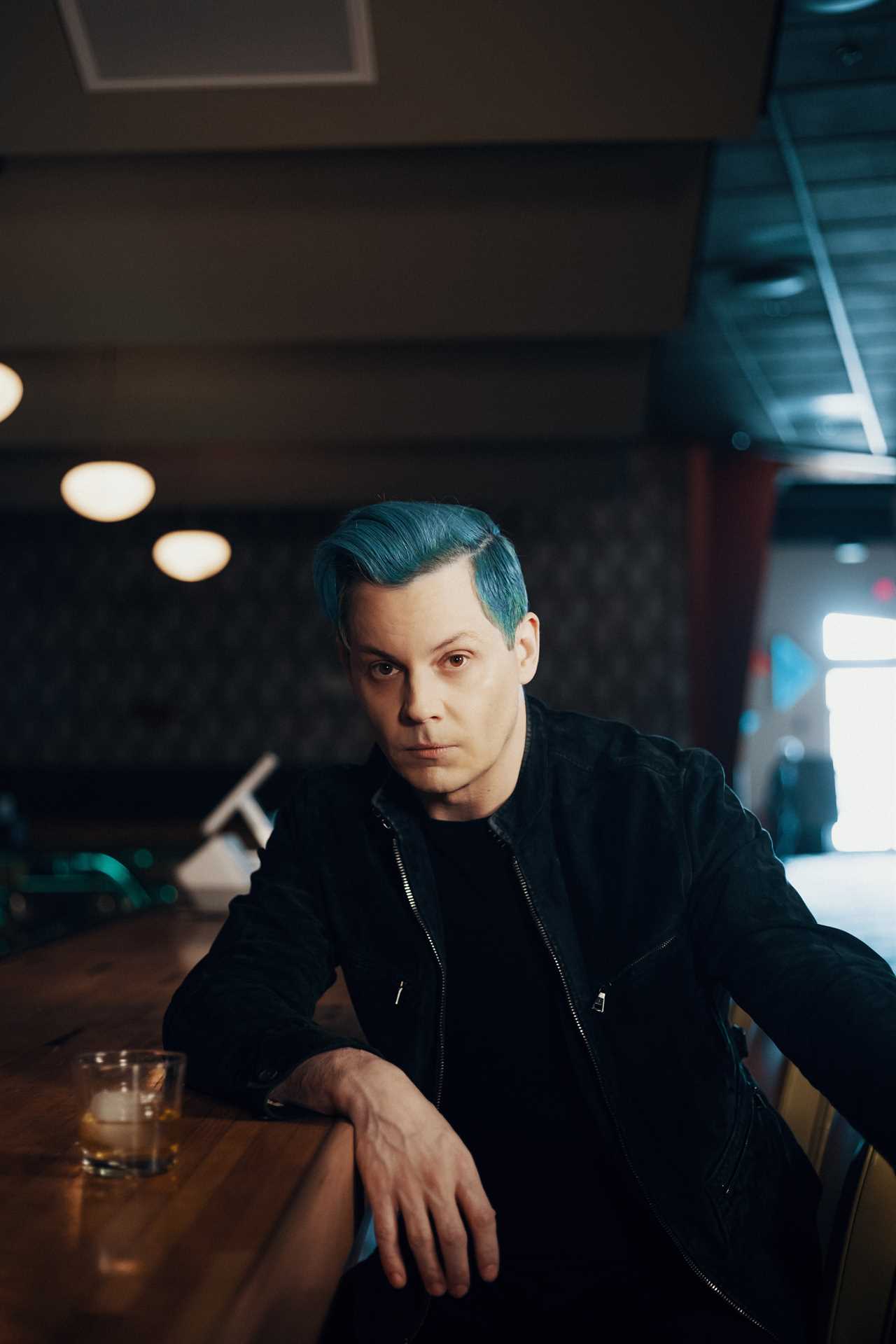