“IT was a brilliant start, wasn’t it?”Jake Bugg is remembering his arrival on the music scene as a teenage sensation.The Nottingham raised star rose..

“IT was a brilliant start, wasn’t it?”

Jake Bugg is remembering his arrival on the music scene as a teenage sensation. 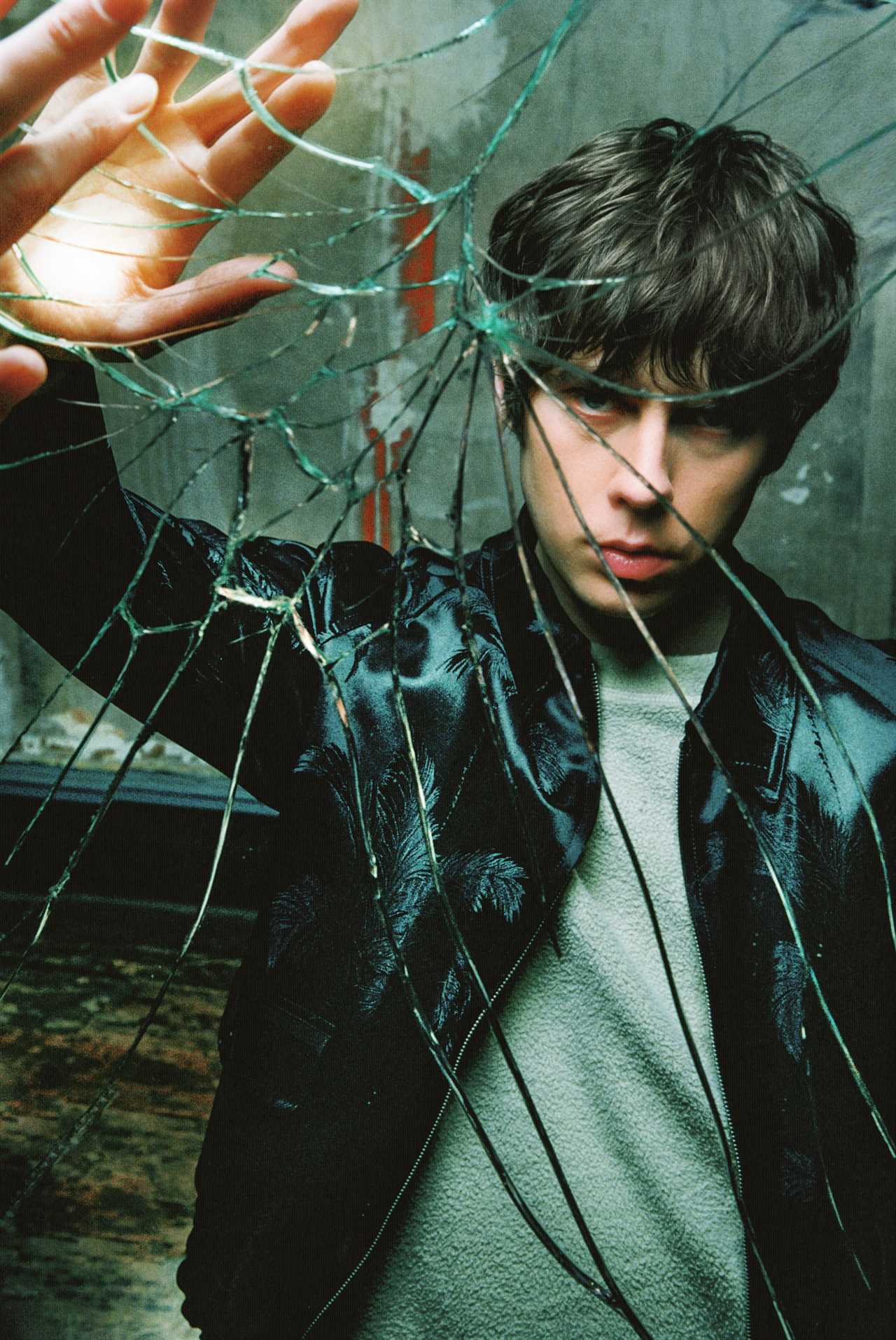 The Nottingham raised star rose to fame at 17 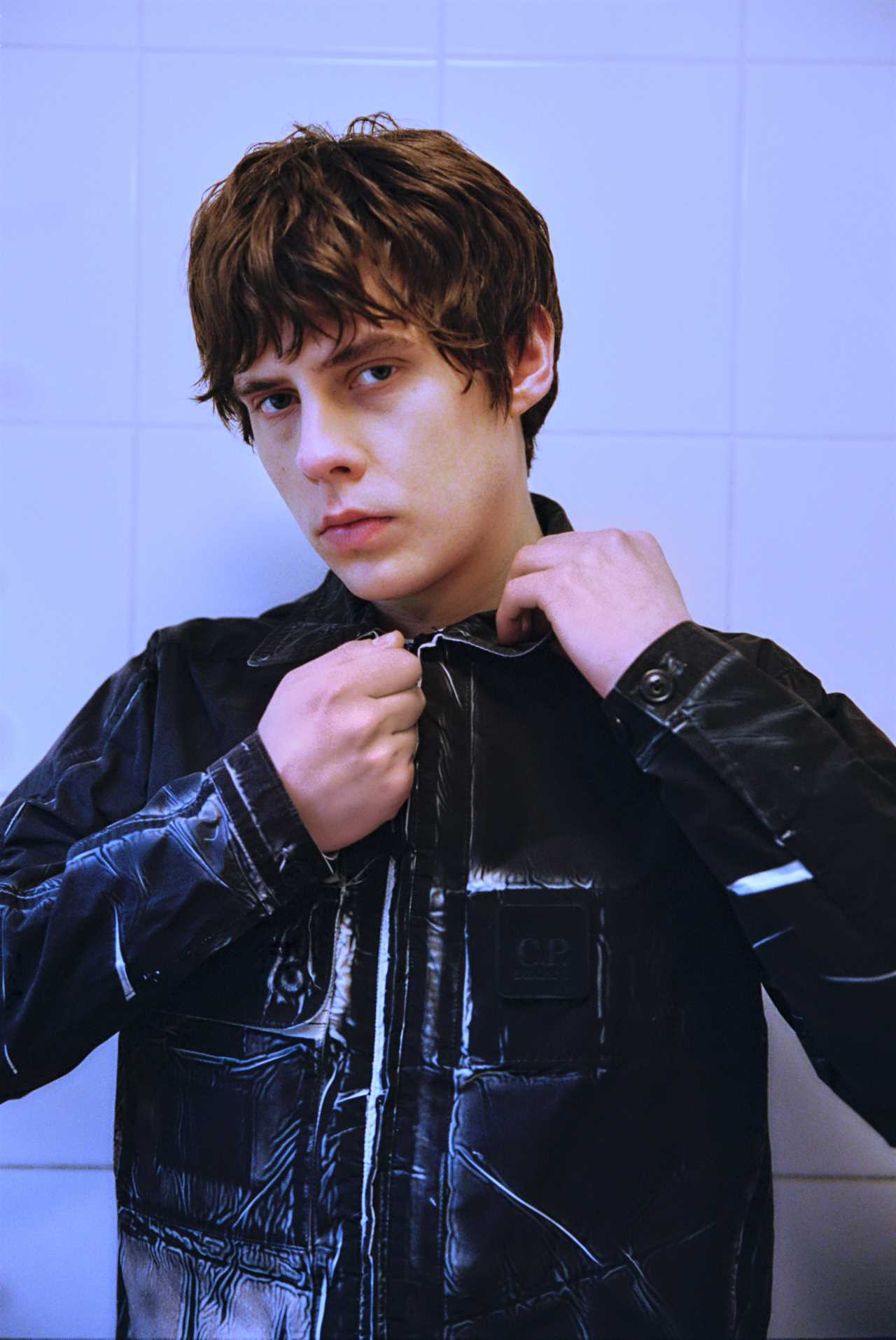 Early on in his career, Jake was riddled with insecurities about his music

“I got the platform I needed to carry on,” he adds. “I’ve been through some tough times since but all my experiences make me who I am.”

Ten years have passed since Jake stood on the BBC Music Introducing stage at Glastonbury with a song in his heart, acoustic guitar in his hand and the world at his feet.

At just 17, the likely lad from a Nottingham council estate combined the exuberance of youth with impressive knowledge of rock’n’roll history.

The following year, in 2012, he released his self-titled No1 album, inspiring a glowing report from America’s esteemed Rolling Stone magazine.

“This teenager’s debut shows an artist who is crazy fully-formed, stepping into a journey that should be worth following,” it said.

The song that captured everyone’s imagination was Lightning Bolt, literally an electrifying showcase for skills that belied Jake’s tender years.

He freely admits there have been bumps in the road over the past decade, including a difficult third album, but the 27-year-old’s career is firmly back in the fast lane with his vibrant fifth LP, Saturday Night, Sunday Morning.

It finds him broadening his sonic horizons and begins with the euphoric, gospel-infused All I Need, his most popular song since Lightning Bolt, with 12million Spotify plays and counting.

“I’ve been on quite a journey to get here,” he tells me this week, happy in the knowledge that the album entered the charts at No3 last week.

“I’ve had a crazy last few years with plenty of ups and downs but it’s nice to have a record with a fresh, new sound.

“And it’s a great feeling that All I Need has become my most successful track since Lightning Bolt.”

Jake recalls the insecurities which went with trying to establish himself early on and believes he’s much better equipped to deal with the fickle music business today.

He says: “When I released my first two records, I’d lie in bed worrying whether I’d be able to keep doing this for ever. I would say to myself, ‘Am I going to survive?’

“The fact I’ve got to this point and people are still singing along to my tracks means I feel much more positive these days.”

Just like all of us, Jake has spent 18 months in a world coping with the Covid pandemic. At least it has given him a chance to take stock after a whirlwind ten years.

“I’d never really had a break,” he says. “Always making a record or being on the road.

“It’s been a good time to reflect but through all the lockdowns, I’ve kept incredibly busy on the writing side of things.

“Now I’m so much more appreciative of the opportunity to go out and play live,” reports Jake, fresh from a Reading Festival secret set last weekend.

“That must have been incredibly hard. Shows are often their main source of income.”

As Jake looked out at the exuberant Reading crowd, he was gratified by their continued support.

He says: “I’m not the new guy on the block, so to get back on stage and hear people knowing all the lyrics is a special feeling and very inspiring. That’s the stuff that keeps you going.”

He is thrilled to incorporate new songs from Saturday Night, Sunday Morning into the live set and closed his Reading show with the feel-good All I Need.

Jake has this to say about his hit: “I know everybody’s been having a hard time, so I didn’t want to fall into the trap of writing the classic depressive lockdown song.

“I just wanted a positive and energetic song so people could enjoy themselves in these times.”

Followers of Jake’s career will be surprised by one new track in particular, the beat-heavy Lost, which sounds primed for club dancefloors and a million miles from his early efforts as a guitar-toting troubadour.

“I always felt it was a good song and I was ready for criticism to come my way, especially from some of the hardcore fans,” he affirms.

“But I didn’t worry too much because I knew I had other songs that very much sounded like my older stuff.”

Key to expanding Jake’s sound are the group of stellar songwriters who worked with him, including Andrew Watt (Dua Lipa, Post Malone, Justin Bieber) and Ali Tamposi (Miley Cyrus, 5 Seconds of Summer).

But he points out that the collaborations are a two-way street. “We’ve created something modern but have kept the very traditional influences that I enjoy,” he says.

“Among my references are the Bee Gees, Abba and Supertramp. There’s also a bit of Jefferson Airplane to get that trippy, psychedelic aspect into my music.”

The album title is a shoutout to the 1958 debut novel by Alan Sillitoe, another of Nottingham’s favourite sons.

“I wanted to be reminded of my hometown and I know how important that book is,” he says.

The upbeat tracks are designed to soundtrack a typical Saturday night out on the town. “Then you’ve got your ballads for the Sunday hangover,” Jake explains.

There is also a nod to Kris Kristofferson’s bruised and brilliant Sunday Mornin’ Comin’ Down, a classic hangover song that Jake loves dearly.

“The lyrics are so descriptive,” he enthuses. “‘I fumbled through my closet for my clothes and found my cleanest dirty shirt’ is just a brilliant line.

“Kristofferson is not exactly painting himself in the best lightbut his vulnerability really shines through.”

Jake believes this kind of unvarnished writing is becoming “lost in today’s music”.

“In society now, everything has to be perfect and we don’t like to show people our flaws,” he says. “That is sad.”

As if on a mission to correct the problem, Jake doesn’t hide his emotions on his new songs, particularly the ballads Downtown, Scene and Hold Tight, which explore the pain and longing in relationships.

“For every relationship you’re in, you learn more and more about yourself and it gives you more to write about,” he says.

“When it ends, you feel that you’re the victim. The truth is that it works both ways, doesn’t it?

“Honesty in lyrics is incredibly important to me because it shows the human side in all of us.

“I’m not the best at talking about my emotions but, through a song, it’s much easier for me to project my feelings.”

Another important aspect of Saturday Night, Sunday Morning is the way Jake stretches his vocals, even adding a bit of falsetto here and there.

“I like to think I’ve improved as a singer over the years,” he says.

“I’ve never thought of myself as particularly good but I like to push myself as much as I can.

“When you step more into a pop sound, like on this record, it comes with the territory.”

Aside from his work on the album, Jake has been involved in a music project that has helped him spread his wings still further.

It is an instrumental soundtrack to a documentary film about Brazilian football superstar Ronaldinho, complete with Latin influences.

“It’s been a brilliant experience,” Jake says. “And it helped me be less self-indulgent and less experimental with my own record.

“Writing to the story of Ronaldinho, writing to football, you’re never short of inspiration.

“He had so much passion and always had a smile on his face.”

Er, even if he did break England hearts with an astonishing 40-yard free kick at the 2002 World Cup, I interject. “Yeah, that was a very conflicting scene to write to, I’m not going to lie!” laughs Jake.

Before he first picked up a guitar, Jake dreamed of being a footballer himself and played for a Nottinghamshire county-level team called City Boys.

He says: “Growing up on an estate, everyone played football and not many people played music.”

Though he chose music, Jake is a devoted supporter of Notts County, the oldest professional club in the world, now playing in the National League.

For the past few years he has sponsored the team’s away kit, which he says is “an absolute pleasure”.

He adds: “It’s my boyhood club and I wouldn’t sponsor anyone else. There’s a good feeling at the club at the minute, from the players all the way up to the owners.

“As soon as I’m done with festivals, I’ll be up there to a game. We were on BT Sport last night and it’s always nice when we’re on the telly, which isn’t very often.

“We were away at Wrexham (recently bought by Hollywood star Ryan Reynolds) and managed to grab a point. The league is so competitive these days, with club owners throwing money at it.”

Jake also talks about his love of clothes, describing his tastes as “smart, understated but of good quality”.

“I don’t have the most outgoing clothes but I admire the confidence of people who do,” he says, adding when asked to pick a favourite item: “I like a Prada roll neck. And if I don’t have to go out for the day, I’ll put on my Notts County tracksuit.

“I guess it’s a working-class thing. Sometimes, the only thing we have is to look good, so we take pride in our clothes and our trainers and things like that.”

For now, this older, wiser and well-dressed Jake Bugg is in a good place.
“There’s a lot more music to be made but I’m ready for the challenge. I just want to get going,” he says.

Jake caught the music “bug” when he was just 12. He’s still got it, and then some. 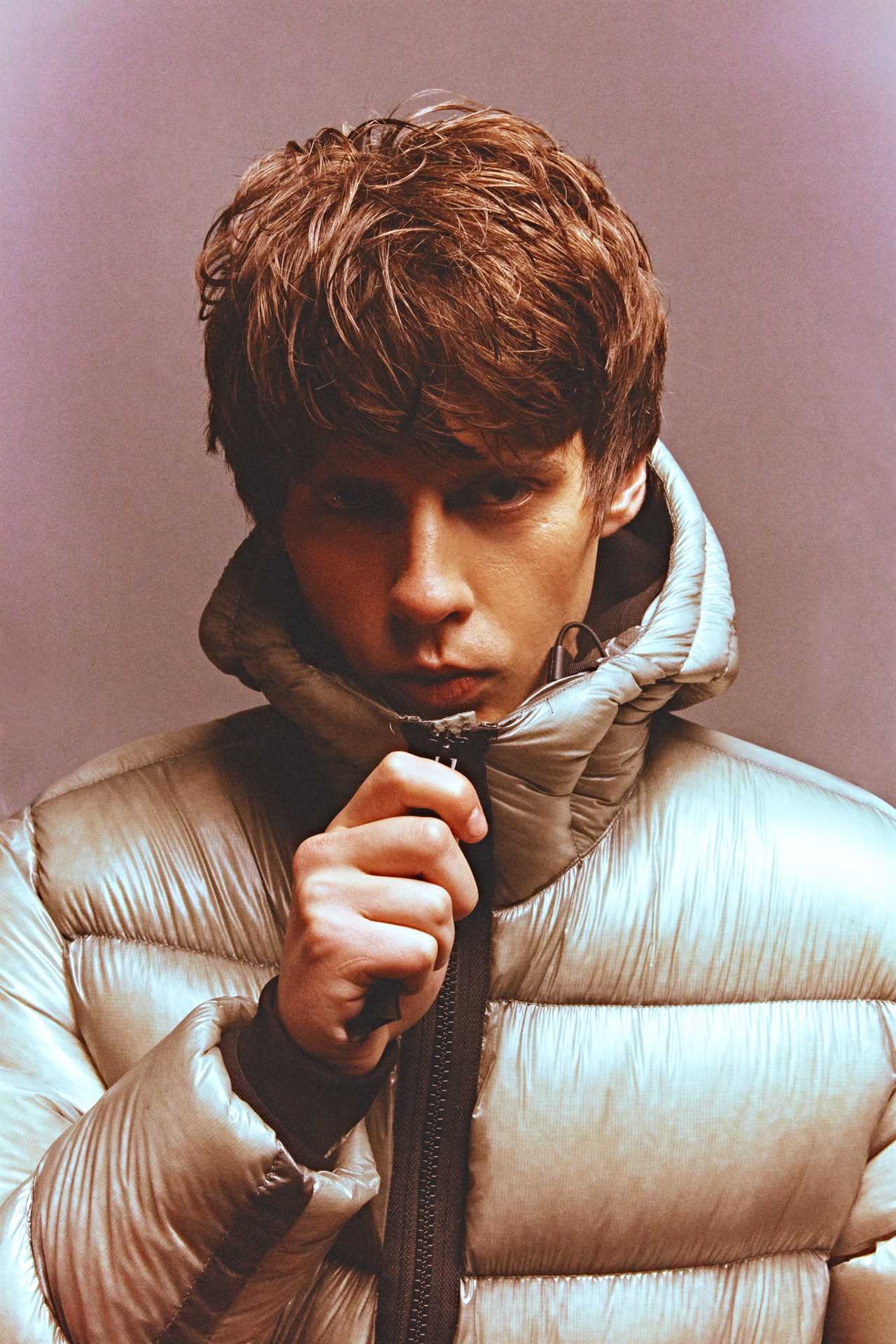 Jake is a devoted supporter of Notts County, the oldest professional football club in the world 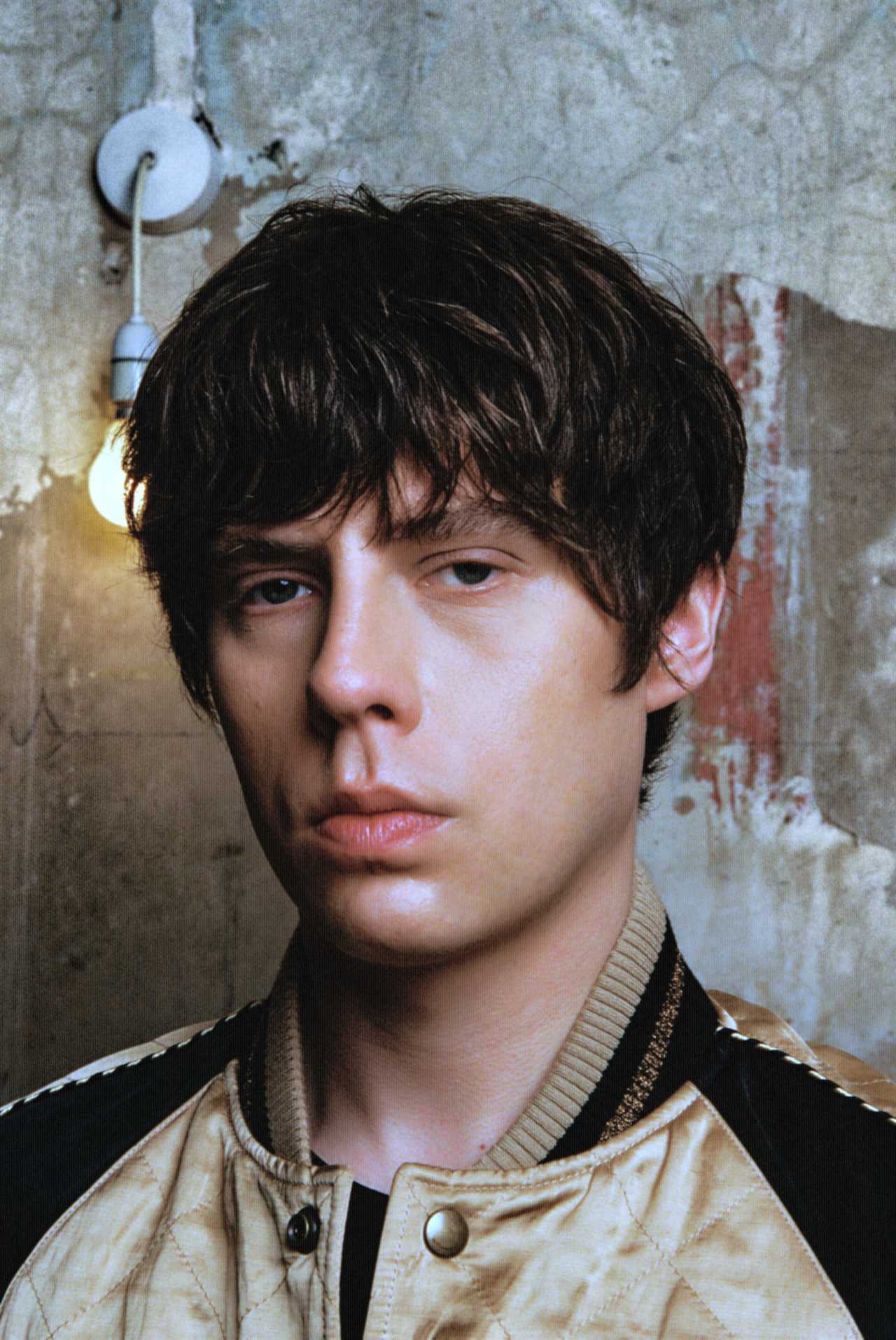 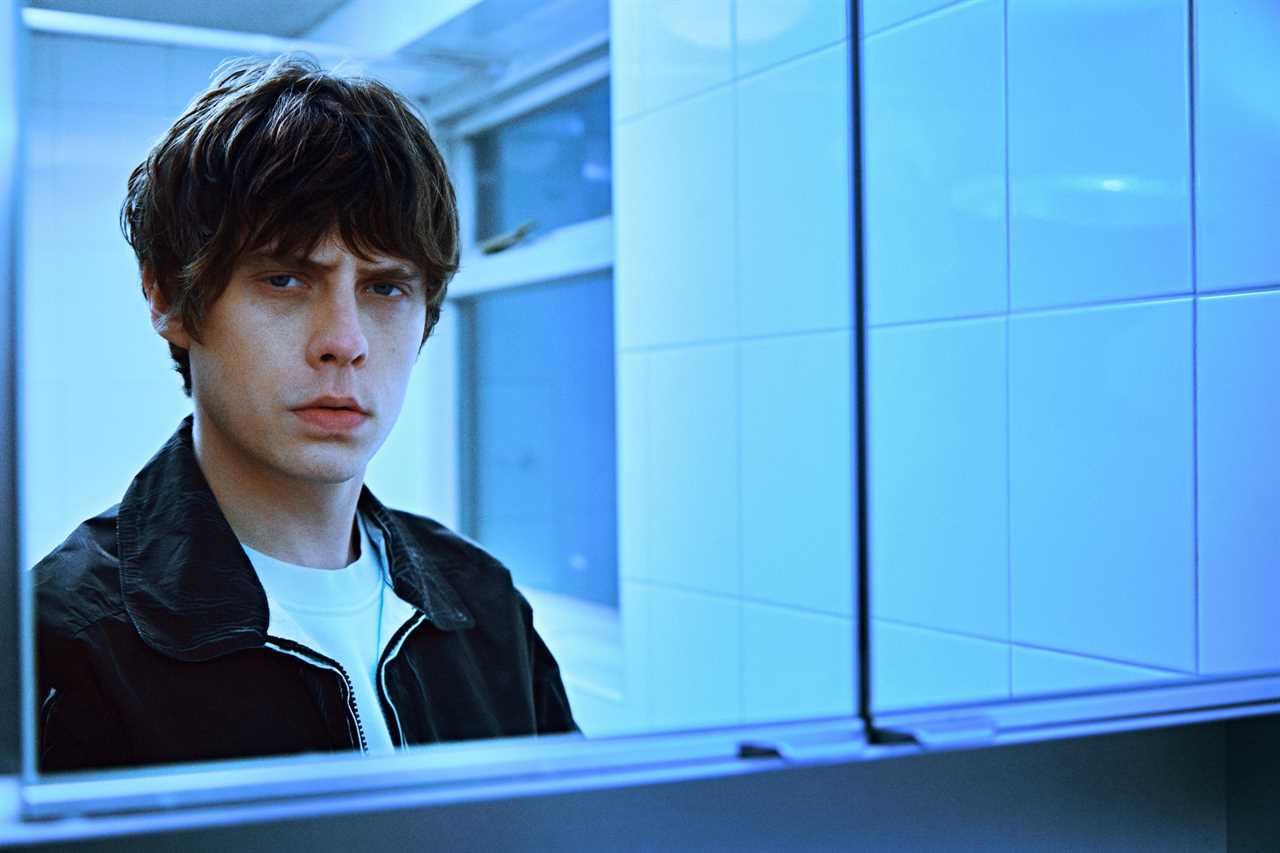 Before he first picked up a guitar, Jake dreamed of being a footballer
jakebuggpositivemusicfootball