PRINCE Andrew has been effectively banished from the Royal Family and will face a sex abuse case as a private citizen, the Queen revealed in a..

PRINCE Andrew has been effectively banished from the Royal Family and will face a sex abuse case as a private citizen, the Queen revealed in a bombshell statement.

The tightly-written 42-word missive from Her Majesty will likely result in the Duke of York fading from public life forever.

Prince Andrew is facing a divide from his family after William and Charles united to banish him from public life, it’s reported 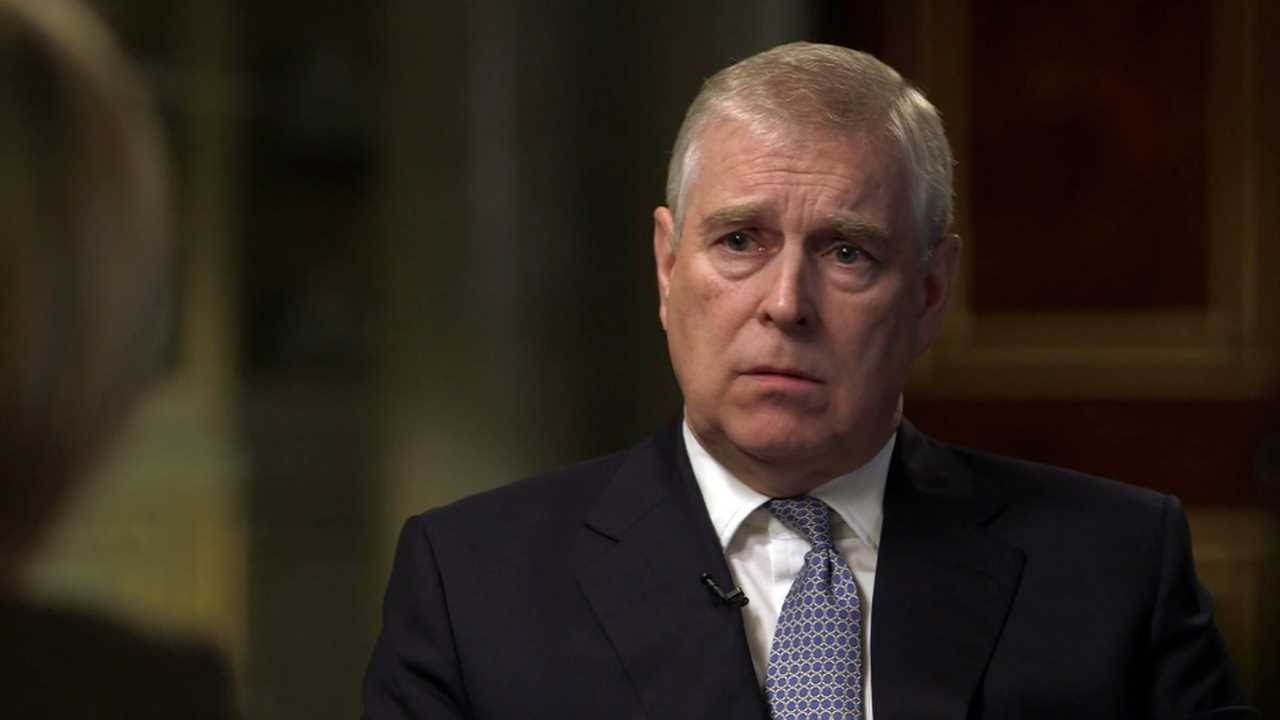 He has been stripped of his military titles and royal patronages and banned from using the title “His Royal Highness”.

Many will be wondering what happens next for the 61-year-old as speculation rages that he’s facing financial hardship – and sources claim he’s already planning a route back to public life.

Here are five possibilities for his future.

It’s claimed Andrew is plotting to reinvent himself – and believes he can still live a life of public service.

The Duke was previously the patron of dozens of charities, including hospitals, schools, athletic clubs, and scholarship foundations.

However, in the wake of his car crash Newsnight interview back in 2019, most severed their ties with him.

The Queen’s decision earlier this week now means all his patronages have been removed. They will be handed out to other members of the family in his stead.

Despite that, royal expert Phil Dampier says there may yet be a way back for Andrew through charitable work.

“I think the immediate priority is to settle the case once and for all, get it out of the way,” he told Sun Online.

“Only then can he start to rebuild his life.

“At the moment, he’s finished as a working royal.

“He plays golf, goes riding, he’s a grandfather twice over – that’s the way he’s been spending time and will be spending time from now on.

“Long-term, the only source of redemption would be to get involved with a charity he’s not been involved with before, like a non-military cause.

“He needs a cause he’s not been linked to before, and he will try to work his way back like that.

“But I don’t see how he could become a working member of the family again.”

Mr Dampier says “the dust will settle in time” – but only if it’s found that Andrew didn’t sexually abuse Virginia Giuffre. He vehemently denies any wrongdoing.

“If he’s found to have done these things by the court, people will of course be reluctant to be associated with him, but if he wins or settles and no blame is attached, there’s no real reason why he shouldn’t be able to make some form of comeback,” the expert said.

As a result of the royal ruling, Andrew has lost the right to go by His Royal Higness (HRH) – although retains his Duke of York title.

There’s been plenty of criticism about that, with Lib Dem and Labour politicians in York arguing he should relinquish his dukedom too.

However, any decision to remove that title must be done by an Act of Parliament, rather than the Queen or any other member of the family.

The 1917 Titles Deprivation Act was introduced during the First World War to deprive “enemy royals” from retaining their British peerages.

Royal commentator and biographer Christopher Warwick told Sky News he believes it is “highly unlikely” that Andrew will be forced to give up that particular title.

“Andrew is not an enemy of Britain, so the Titles Deprivation Act wouldn’t come into it,” he said.

Andrew served in the Royal Navy for 22 years and has been forced to step down from roles including deputy colonel-in-chief of the Royal Lancers, royal colonel of the Royal Highland Fusiliers and colonel of the Grenadier Guards – which likely came as a particularly bitter blow.

Split from Charles and William

The princes are believed to have been particularly instrumental in the decision to force Andrew aside.

Charles has long spoken of his plans for a “slimmed down” monarchy, and in 2019 it was alleged he already wanted Andrew gone.

The men were “completely furious” after Andrew “crossed a red line”, The Celeb Report exclusively reported, and held an hour-long summit with Her Majesty at Windsor before Andrew was informed of the decision.

They were also both said to have been deeply angry at the suggestion the Queen would be forced to pay Andrew’s legal fees.

A source said both future kings wanted him to “sort out his own mess”.

It’s now even been claimed that they sat down together at Christmas to plan Andrew’s axing from the family after deciding he had “run out of road”.

The Queen agreed – although is reportedly deeply saddened at the decision, one of the hardest she has made during her 70-year reign.

But Mr Dampier said the situation may not be as grave privately as it appears publicly.

“Clearly, as has been widely reported, Charles and William have spoken privately with the Queen,” he said.

“Princess Anne and Edward also reportedly went around to see him.

“The whole family were united in telling him his days as a working royal are over.

“They’re protecting the institution and that will continue going forward, even after the Queen has gone.

“You can see the inference of Charles and William in that action.

“Obviously, in private they will support him and be sympathetic – Charles has been involved in scandals himself – but publicly they have to distance themselves.”

Currently, it appears as if there’s no way back for Andrew, and he may never stand beside his family on the balcony of the Palace for public events again.

A Royal source made clear this week that the move is a permanent one – and said of Andrew’s titles and patronages: “They will not return to The Duke of York.”

In reality, it’s difficult to predict what this will mean going forward.

It’s the Queen’s Platinum Jubilee this year, with a huge range of events planned for the royals.

In normal circumstances, Andrew would be expected to stand alongside his mother at her birthday parade’s famous Trooping the Colour parades, for example.

But now he may not even have the opportunity to lay a wreath at the Cenotaph on Remembrance Day.

A remembrance service for father Philip is also planned this year.

But there’s a possibility Andrew may not attend such a public commemoration.

A Palace spokesperson said today: “We wouldn’t comment on that speculation.”

Family stand by him

Andrew will defend his sex abuse case with Virginia Giuffre as a “private citizen.”

This is likely to have come as a particularly stinging blow to Andrew, who has enjoyed the privilege of being a prince – and all the benefits that come with it – since birth.

The Queen had reportedly been paying his legal fees since he first appointed a lawyer last February after his disastrous Newsnight interview.

But it appears Andrew will no longer be able to rely on those streams of income – and, if he does choose to settle, he will stump up the costs alone.

It’s also been suggested he’ll be kicked out of his 31-bed Georgian mansion, Royal Lodge, and could lose his 24-hour police protection unless he pays for it himself.

Despite that, his ex-wife and daughters will stand by him, Mr Dampier said.

“I don’t think he and Fergie will remarry – she’s very loyal and supportive, but they’re not romantically involved any more and I don’t think they have been,” he said.

“Clearly, however, she’s been a shoulder to cry on.”

Fergie lives in a wing of the Royal Lodge, despite the former couple’s divorce.

While their daughters Eugenie and Beatrice have made no public statement on their father, it’s understood that – while deeply shaken by the allegations made against him – they are also supportive.

And Mr Dampier says he doesn’t believe Andrew will be forced from his home.

“At the end of the day, he’s still the Queen’s son and what’s happened is all fairly humiliating. 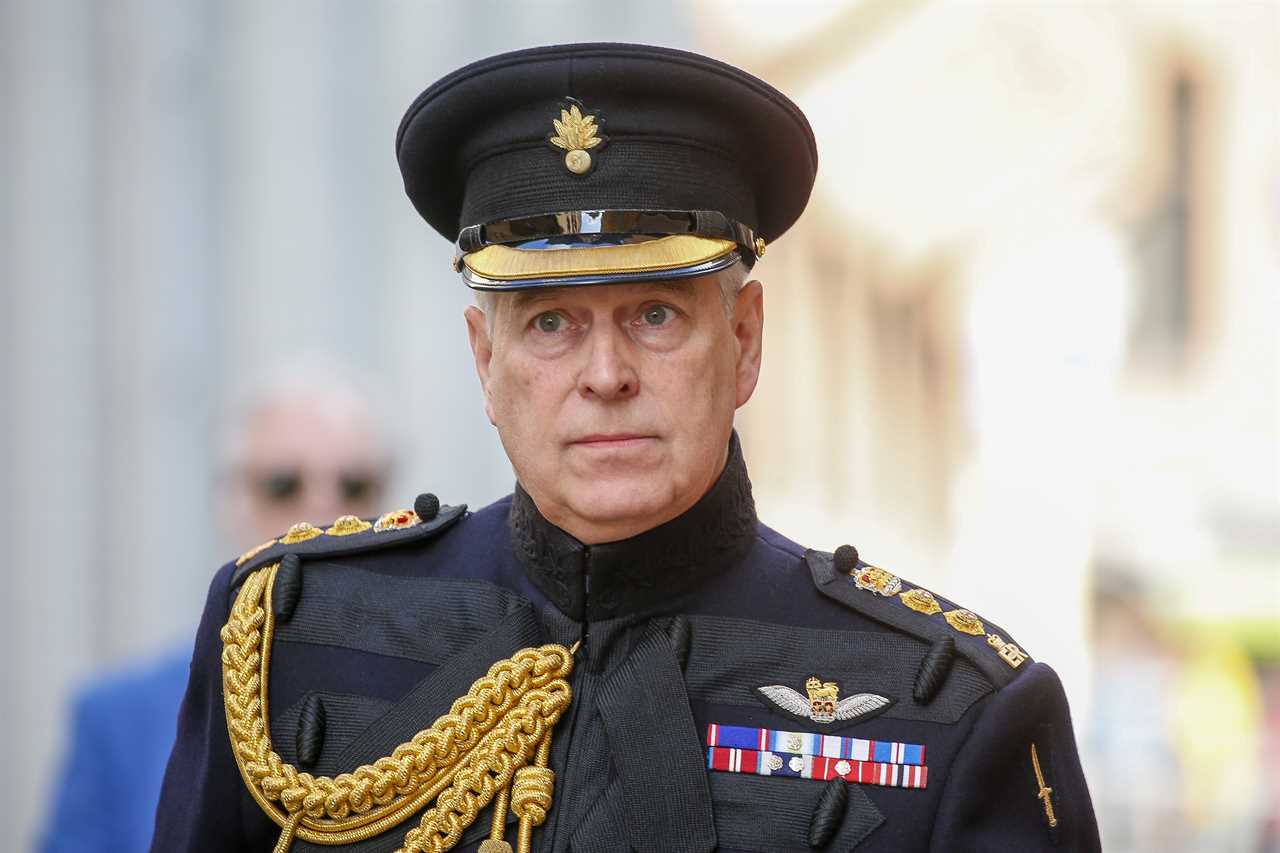 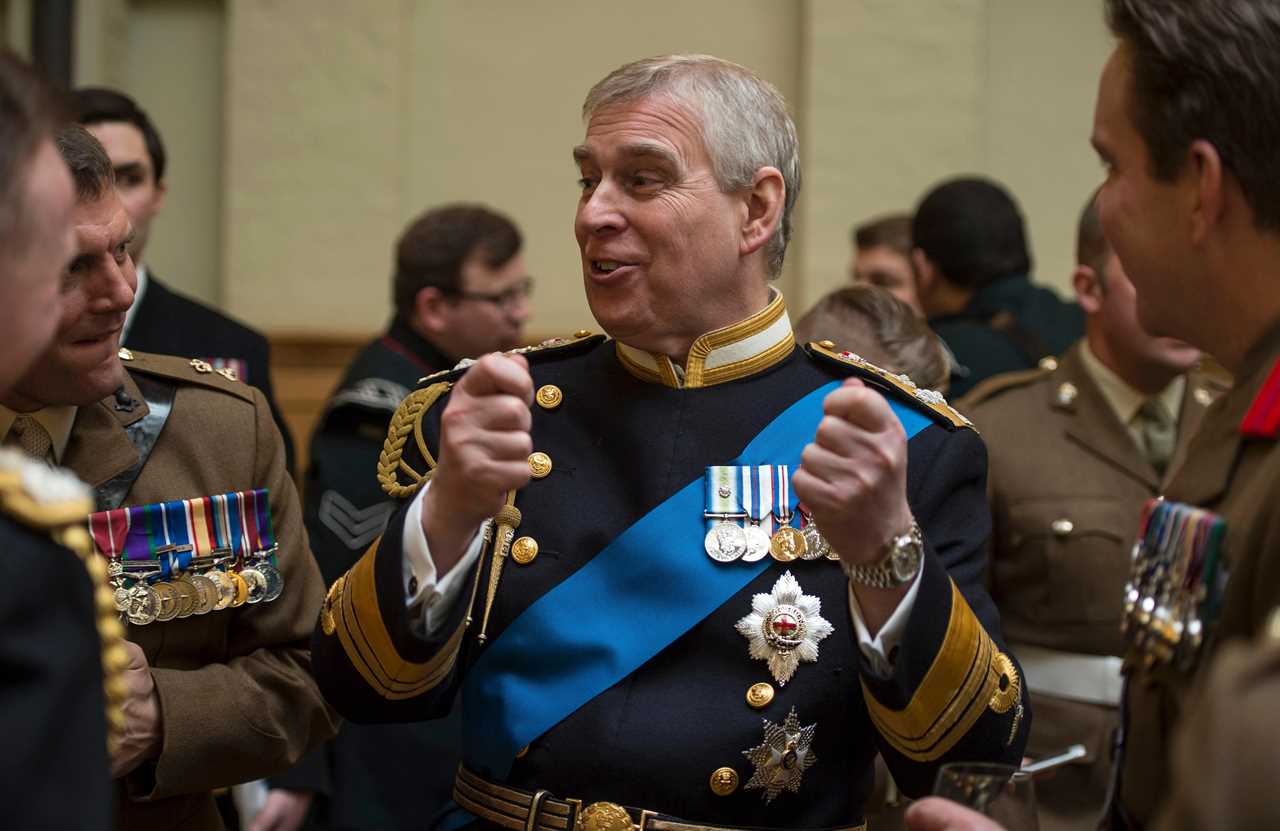 The royal, who served in the forces for 22 years, will face the trial as a private citizen 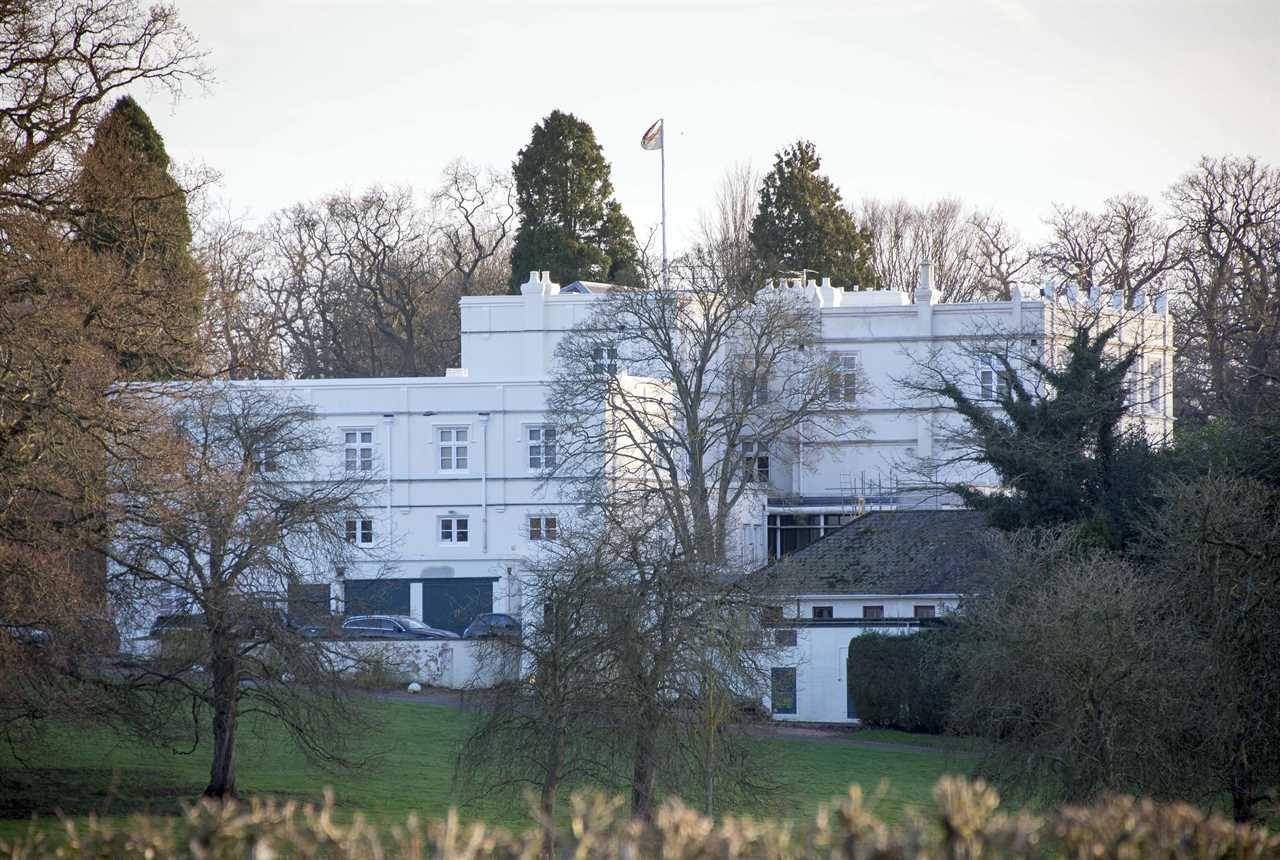