Chauntae Davies also warned convicted Maxwell could now turn on Prince Andrew, saying: “A rat will always try to force its way out of the sewer.” 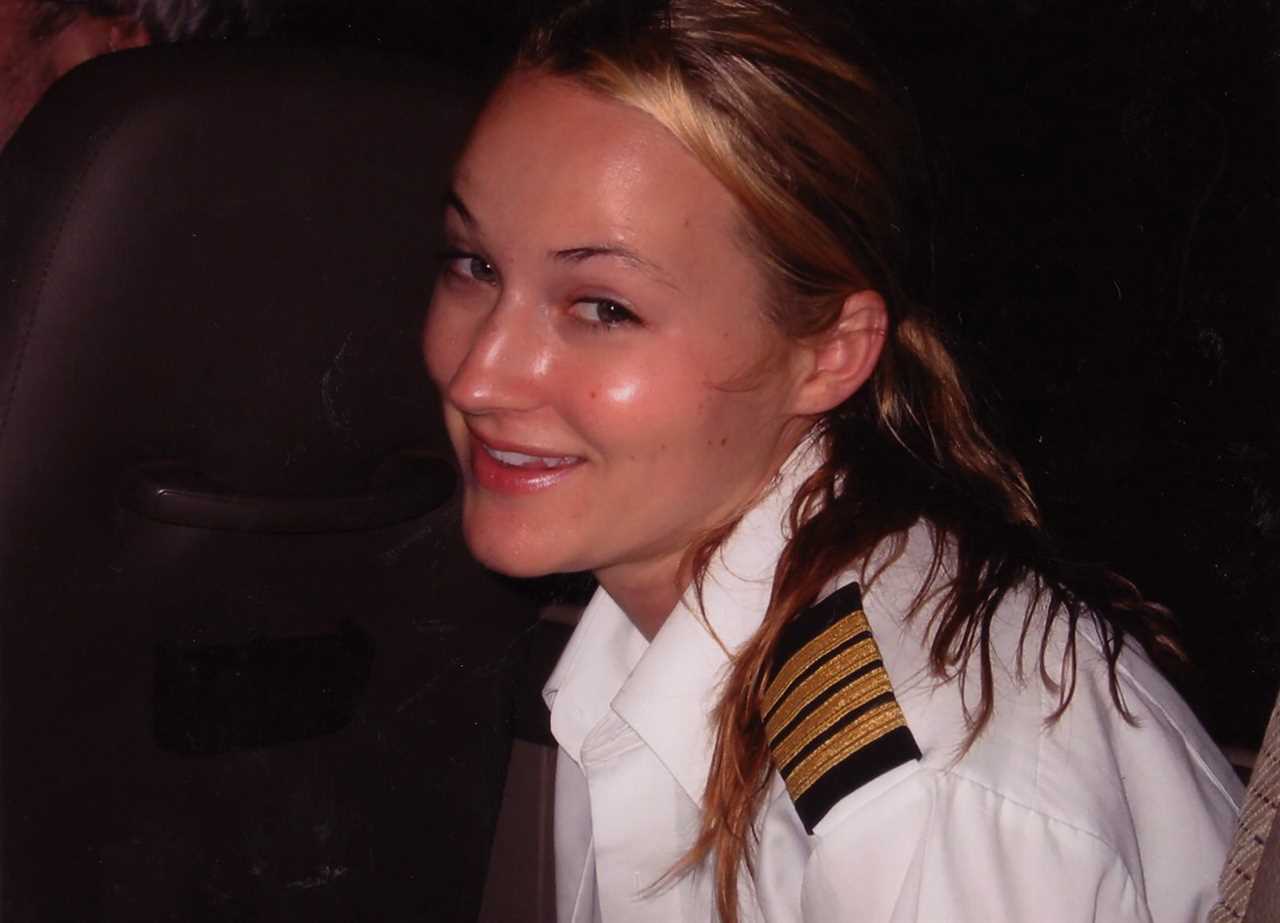 Jeffrey Epstein rape victim, Chauntae Davies, broke her silence to label Ghislaine Maxwell a ‘calculating witch’ who lured her and other women into the evil paedo’s web 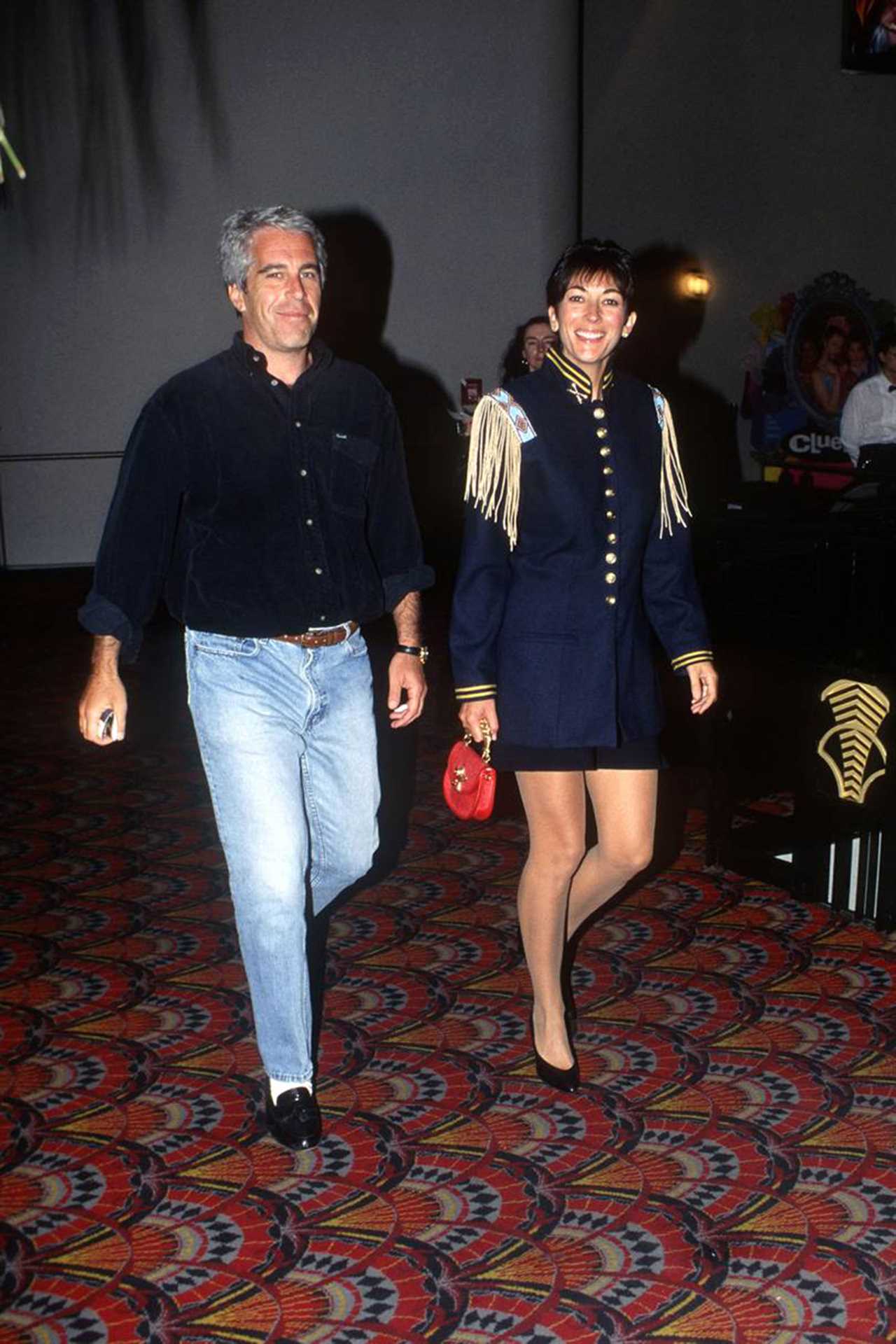 The former massage therapist was 21 when Maxwell first introduced her to billionaire Epstein, who killed himself in 2019.

Chauntae told how he destroyed her life — and she can never forgive his accomplice.

She said last night: “Ghislaine Maxwell is a monster in every sense of the word.

“She deserves to die behind bars for what she did to me and the countless other women’s lives she destroyed.

“She and Epstein will meet each other in hell when her time comes. She made her bed and now she must lie in it.”

She believes the Brit socialite’s bombshell sex trafficking conviction may now spell trouble for the Duke of York.

Chauntae, who flew with Bill Clinton and other celebrities on Epstein’s private jet, said: “There has been speculation that Maxwell still has names she could use to her advantage in some way in the future.

“Since we all know Prince Andrew is one of those people who was close to her, he could be feeling very, very uncomfortable right about now. I doubt this is the last we have heard from her. She is now fighting for her life and she is the type of person who will do what she has to do.”

Maxwell, 60, faces spending the rest of her life in jail after being convicted of grooming girls, including 14-year-old victim “Carolyn”, for Epstein to abuse.

Chauntae, now 41, broke her silence to label Maxwell a “calculating witch” who lured her and other women into Epstein’s web.

She said: “My story is so similar to the other survivors who were initially tricked by Maxwell and delivered to Epstein whose power and connections made escaping and leaving seem utterly terrifying.”

Chauntae was a naive trainee therapist when she was taken to the Four Seasons hotel in Beverly Hills to give Oxford-educated Maxwell a massage. Within hours, she had offered her a job.

She said: “At first it seemed like a great opportunity that had come out of the blue.

“I was a young, naive massage therapy student and this sophisticated British woman was offering me a job. At the hotel she looked tall and thin with raven hair, cut like a pixie, and not at all dressed for LA weather, with her long pants and cardigan. Her stare was sharp and she seemed to look me over like a farmer assessing his cattle. I remember feeling a bit uneasy that there was so much focus on me during her paid hour.”

Maxwell later called to ask if she would be available to be hired for the weekend at a home in Palm Beach.

A disbelieving Chauntae recalled: “My first reaction was that it just wasn’t possible. I had only been in massage school for a couple of weeks and my training didn’t seem far enough along for me to be ready to do this.

“Looking back the speed of it is so suspicious but this is how her and Epstein were operating all along.

“Little did I know that this was to be the start of the worst period of my life. She was so charming I trusted her implicitly. This is exactly how she was able to introduce so many women and girls to Epstein. She was a calculating witch.”

Maxwell accompanied her on a private jet to Epstein’s luxury Florida home, where Carolyn testified she had been attacked.

Chauntae then found herself quickly thrust into Epstein’s life of wealth and luxury — before being raped and abused herself.

Within days of arriving at his mansion, she was on his private jet, nicknamed the “Lolita Express”, flying to his private Caribbean island home, where Prince Andrew has previously admitted visiting.

In extracts from a private memoir, she said her time on Little St James still gives her nightmares.

She told how she was reading a book in bed late one night when Epstein’s assistant came to the room of her bungalow and said: “Jeffrey’s ready for his massage.”

She recalled: “I froze. It was late, I thought we were all going to bed.

“I knew I was brought here to work as their massage therapist, but I also knew this late-night call on an island where I already felt isolated did not feel right. She led me to another, bigger private villa on the opposite side of the main house, a part of the island I had not yet seen — Jeffrey and Ghislaine’s villa.”

She said she wanted to flee but was too nervous, and continued: “Suddenly the doors flung open and Jeffrey came waltzing in, smug, happy, and climbed on the table. He didn’t stop talking, I supposed to avoid any awkwardness and asked me how I liked the island and how he had strained a muscle in the gym that day.”

But Epstein’s personality suddenly switched and she found herself being raped. She said: “This isn’t easy to talk about. There is a decent amount of shame and guilt I carried with me for years over this, and in many ways still do. Those feelings are now mixed with embarrassment and anger.”

After the attack, Epstein calmly went for a shower without saying a word.

Chauntae then ran back to her cottage without her shoes.

She said: “That first night is burned in my memory forever, and I’m sure the next few days were the same, but it’s a block for me.”

She said Epstein was “charming” in a group but “behind closed doors a monster came out”, and she was repeatedly raped by him.

‘Her conviction is long overdue for me’

Too terrified to speak out, Chauntae was part of a group of dignitaries and celebs that flew to Africa, including ex-US president Clinton and actor Kevin Spacey. There is no suggestion of impropriety on their part.

During a stop-over in Portugal to refuel, Chauntae was pictured giving Clinton a neck massage, though she insisted he was a “gentleman”.

She recalled: “He was complaining of stiffness from falling asleep in his chair. Ghislaine Maxwell chimed in to be funny and said I could give him a massage. Everyone had a little chuckle but Ghislaine in her prim British accent insisted and said I was good. The President then asked me, ‘Would you mind giving it a crack’?”

Epstein hanged himself in his Manhattan jail cell in August 2019 awaiting trial for child sex trafficking.

Chauntae was interviewed by the FBI but was not called to give evidence in Maxwell’s trial.

She admits she struggles to come to terms with why she stayed with them.

She said: “I am only now beginning to understand the manipulation and control that was used by both Jeffrey and Ghislaine.

“But especially Ghislaine because she disguised herself as someone who cared about a young girl who needed guidance. She was wearing a mask throughout the time I knew her. I wish I could have seen her for who she was back then and didn’t have to endure the years of pain that I have suffered.”

After moving out of Los Angeles, she is now raising her daughter in a remote part of the US.

She said: “I’m now starting a new chapter of my life and am finally determined to move on. Her conviction is long overdue for me and the countless other women who have had to think of this woman every day of their lives.

“She and Epstein destroyed my life in every way — my relationships, my family life and my health.

“Now it is time to move on and I hope myself and the other brave women who came forward and fought for justice finally get some peace.” 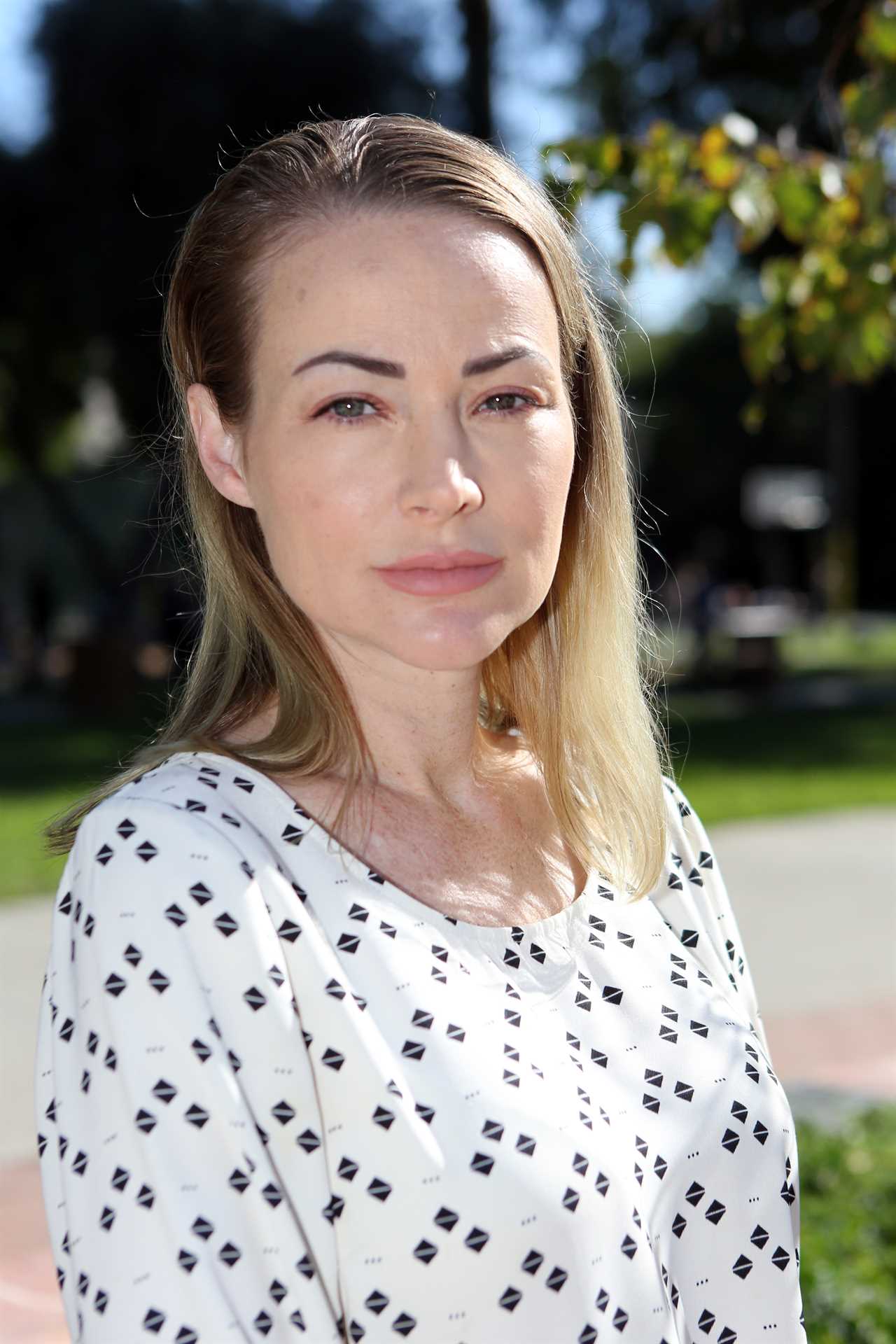 Chauntae, now 41, said of Maxwell: ‘A rat will always try to force its way out of the sewer’ 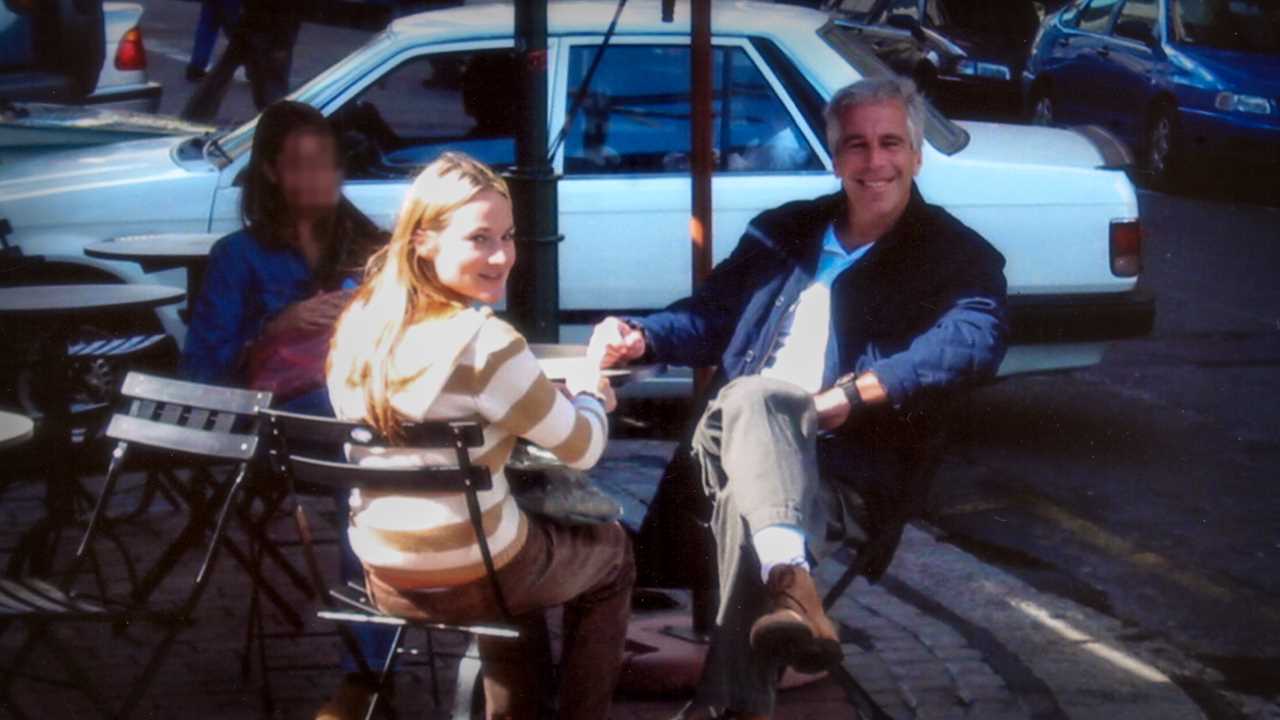 The former massage therapist was 21 when Maxwell first introduced her to billionaire Epstein, who killed himself in 2019 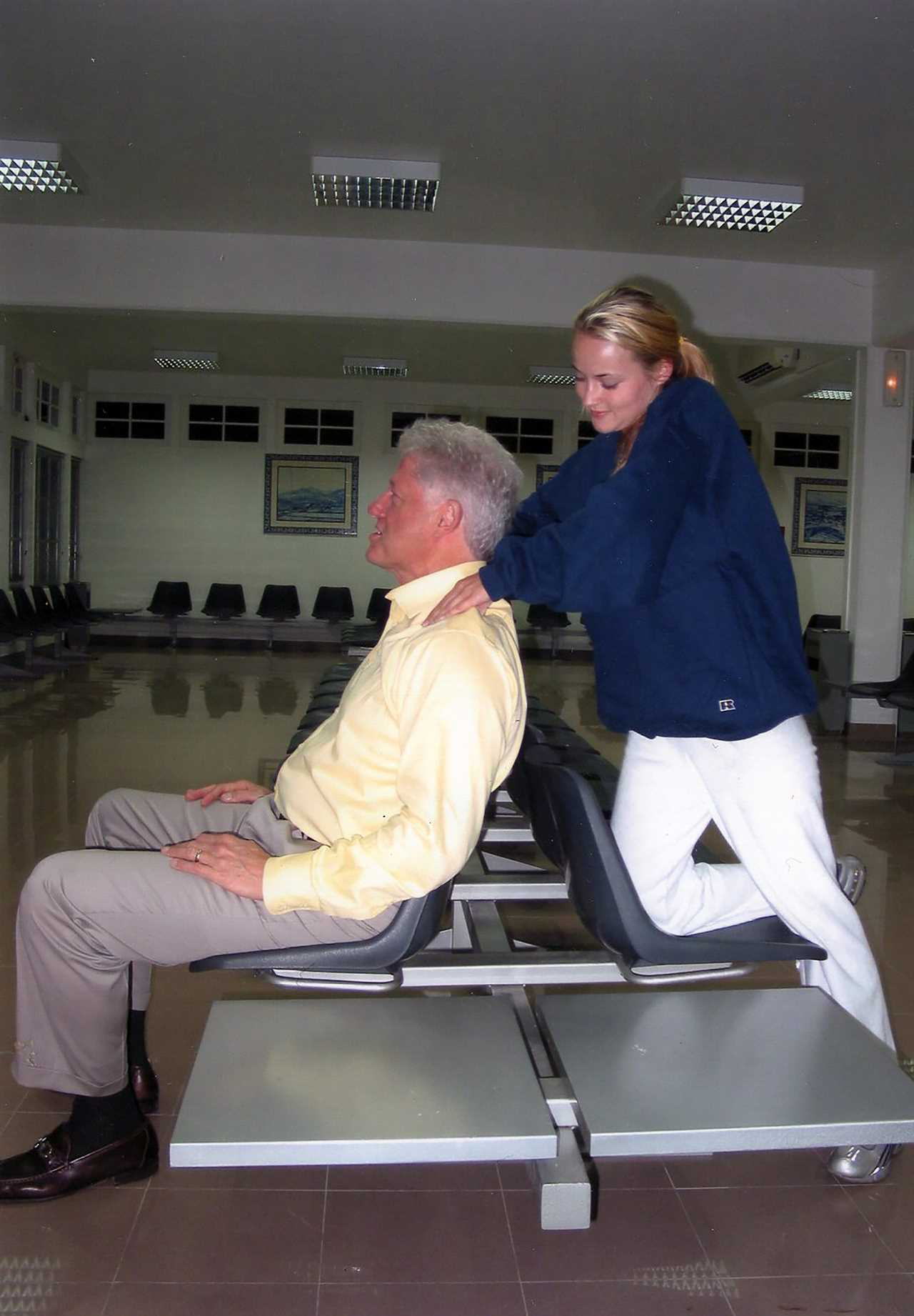