Is this Meghan Markle’s bench that inspired her book? Oprah seen perched on identical seat outside chicken coop

OPRAH Winfrey was spotted sitting on a bench almost identical to the one in Meghan Markle’s picture book during her bombshell interview. A royal..

OPRAH Winfrey was spotted sitting on a bench almost identical to the one in Meghan Markle’s picture book during her bombshell interview.

A royal expert reckons the seat could well be the one the duchess gifted Prince Harry on his first Father’s Day which inspired her children’s story – and it all seems to add up. 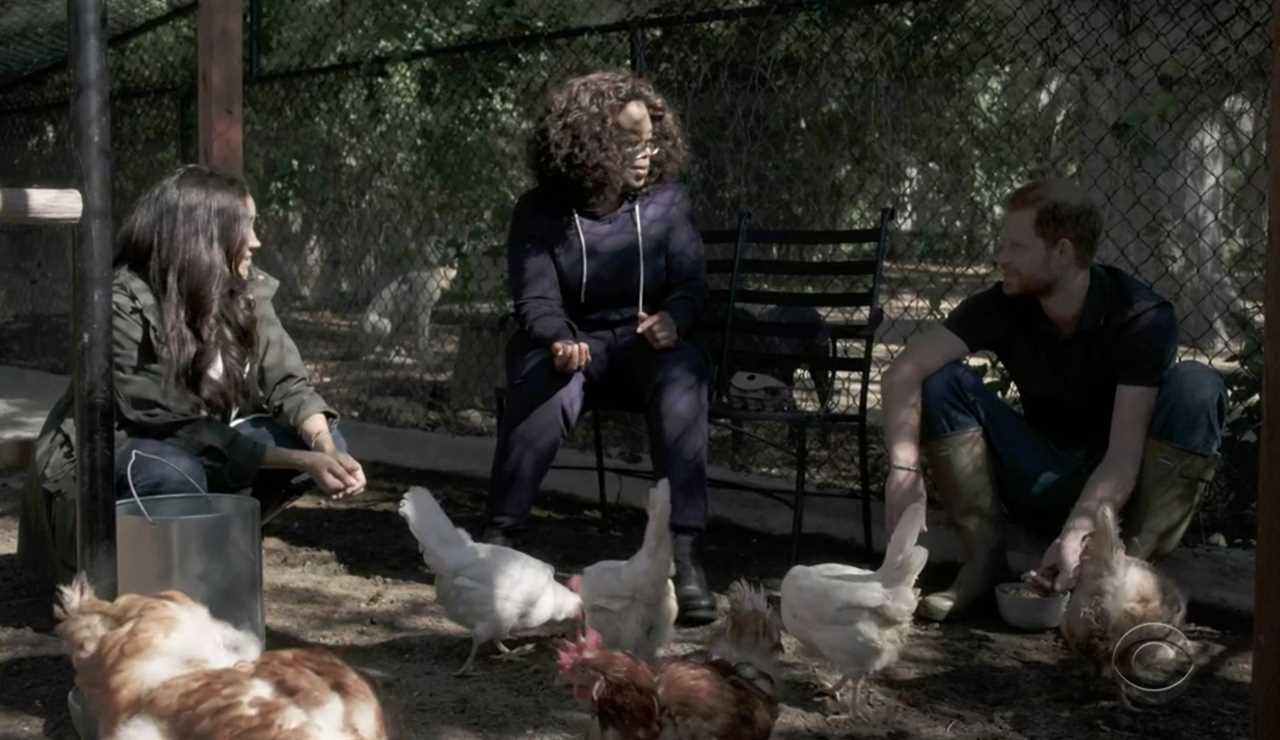 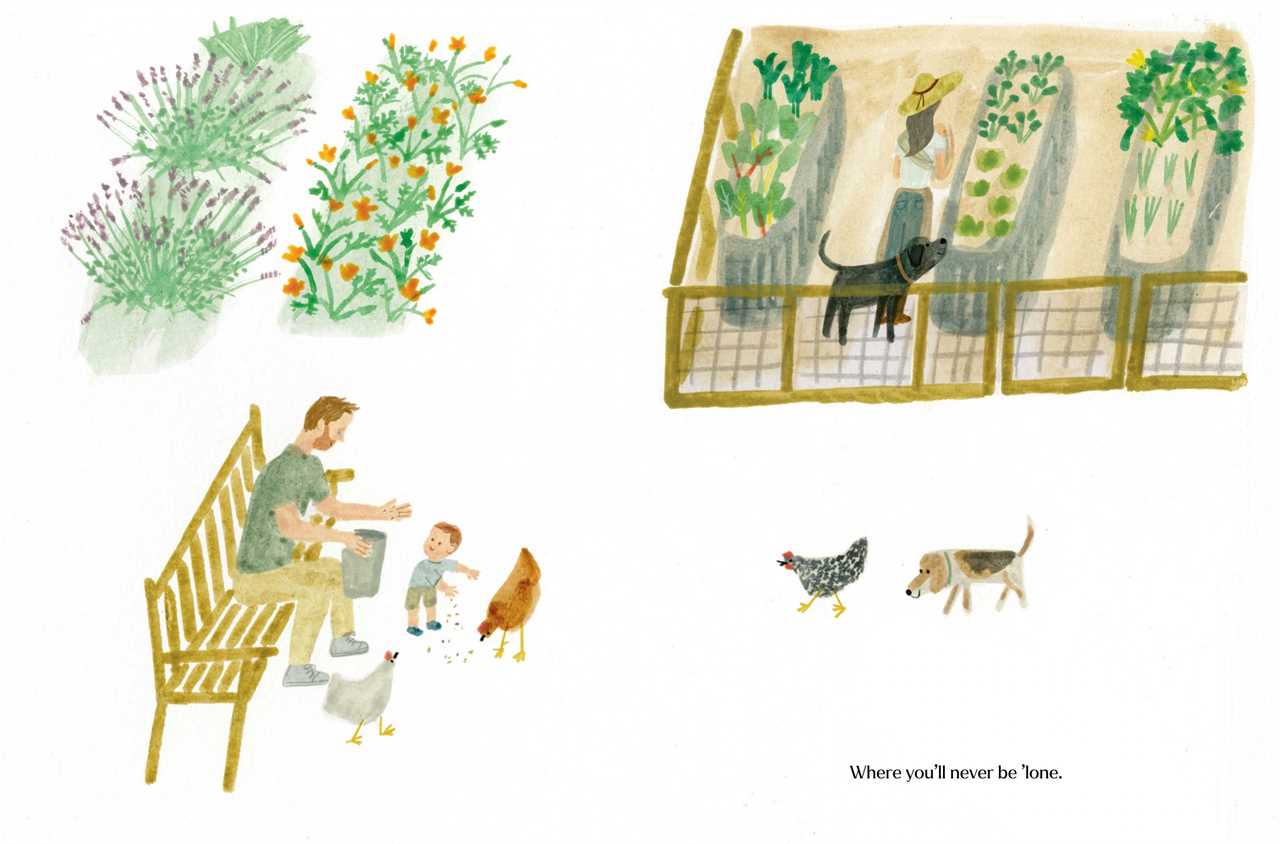 In her book, The Bench, a ginger-haired man feeds the chickens with a toddler

Meghan presented Harry with the seat while the couple still lived in the UK at Frogmore Cottage following the birth of their son Archie.

As the gift was so “sentimental”, it would be unsurprising if they had chosen to have it shipped over to the US when they ditched the Firm and relocated to California, an expert told The Celeb Report Online today.

They may not have taken it with them during their initial move in early 2020, but it is likely to have been in the removal van spotted leaving their old pad in November.

Royal commentator Adam Helliker said: “Considering Harry gave up so much, the actual amount of stuff the removal lorry took was quite small.

“There was only one small load as they were starting afresh.

“Would there have been room in that lorry for the bench? I think so.

“I think he would have wanted to hold onto an item that was so sentimental in their first year of marriage.

“They definitely haven’t given up everything. And if one day Harry decides to return to the UK, on his own or not, I’m sure he’ll bring it back with him.

“He does have sentimentality about the UK.”

During the couple’s televised chat with Oprah, the American TV powerhouse perched on a bench while being introduced to the family’s rescue chickens.

Though Meghan hasn’t revealed the specific type of bench she gave Harry in 2019, the one spotted in the two-hour special is a similar style to the one in her book The Bench.

It has the same kind of block panels, as well as narrow supporting legs.

It also appears to be in exactly the same spot as it is in Meghan’s book, where it also stands in front of the hens.

In an illustration by Christian Robinson, a ginger-haired man feeds the animals with his toddler son – something Harry revealed he does in real life.

The duchess has also said the physical bench is somewhere her husband and Archie spend time together – and the one Oprah is sitting on faces ‘Archie’s Chick Inn’ coop, which Harry works in during the CBS Primetime Special.

Elsewhere in the book, which was released on June 8, Meghan is pictured near the bench with one of her dogs close by.

The scene echoes one in her Oprah interview where the two women are greeted by the duchess’ rescue pup Guy as they make their way back to talk to Harry – who is working in the coop.

So it could well be the spot the family and their pets have dedicated to “having a base” together.

During the chat by the bench, the duchess told Oprah she was most excited about “being able to live authentically” in their new life in the US.

And they seem very settled in their £11m Montecito mansion, making a return to Britain unlikely.

The keys to their UK home were handed over to Princess Eugenie and her husband Jack Brooksbank last year.

Meghan whipped up a poem, attaching it on a plaque to Harry’s bench, to reveal the moments she hopes the family will share there.

It reads: “This is your bench. Where life will begin/For you and our son/Our baby, our kin.”

And it was this poem and bench that inspired Meghan’s picture book.

But it was impossible to see if a plaque was attached to the bench that featured in the Oprah chat.

The duchess released a message of thanks following its American success.

The Duke and Duchess of Sussex’s representatives have been contacted for comment. 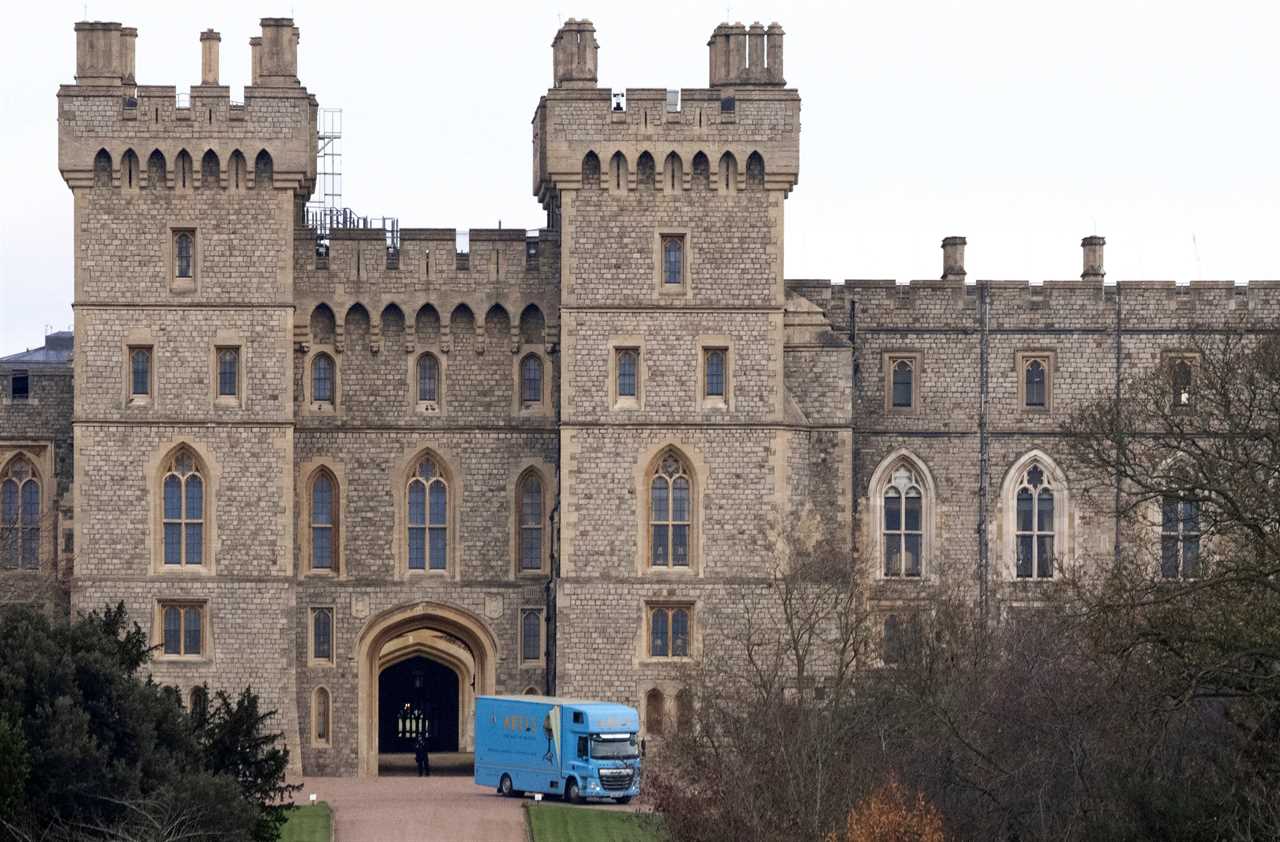 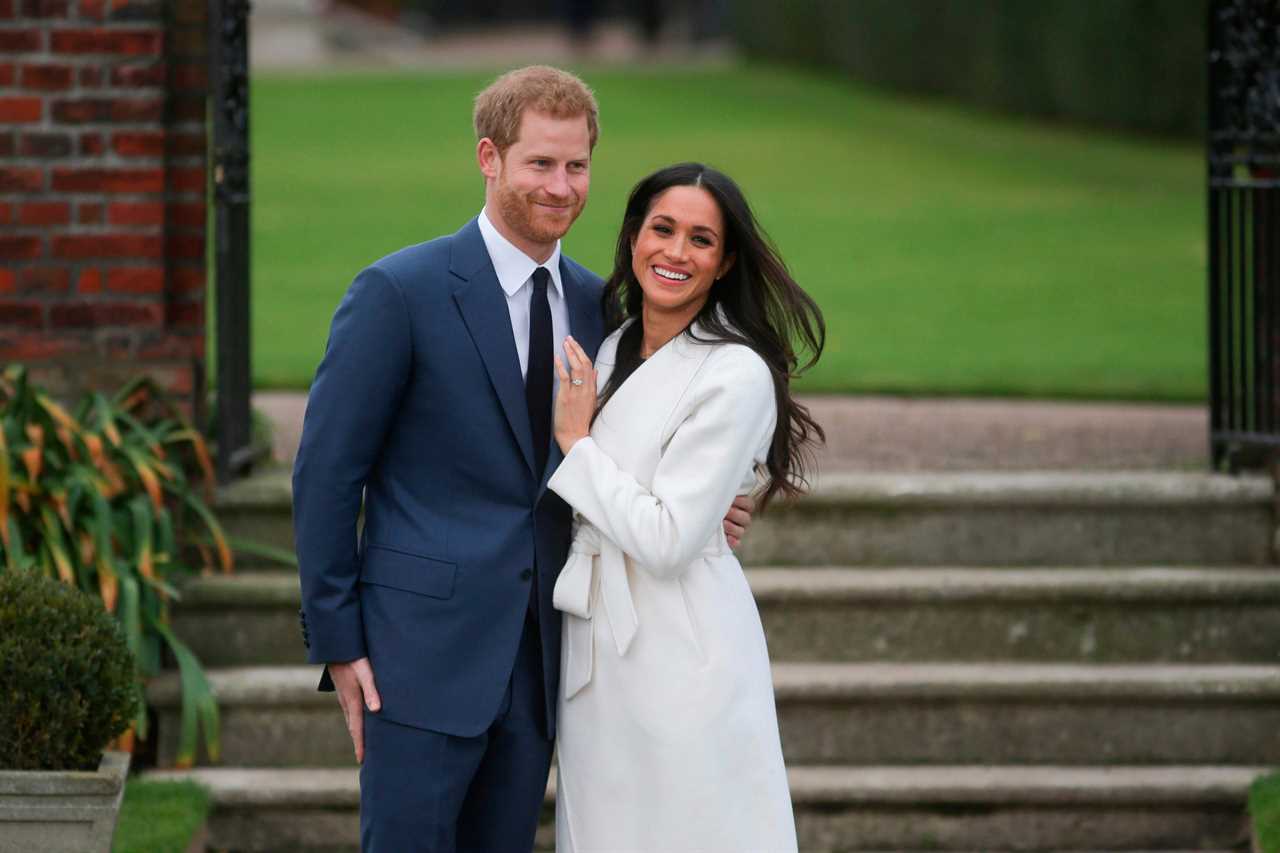 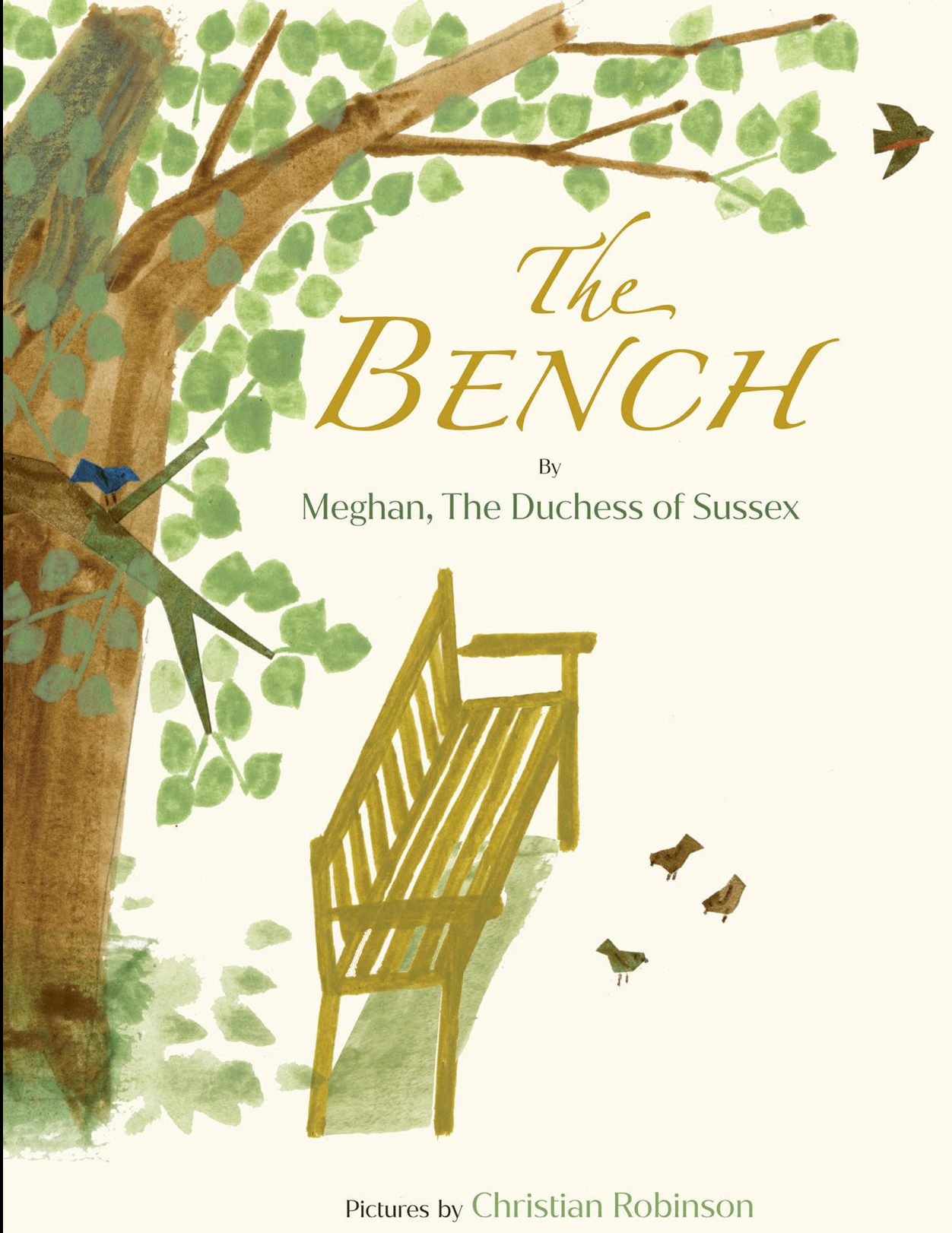 The Bench was released on June 8
fathersdaywellbechildrensstory