BEAMING Kate Middleton has wowed in festive red as she arrived with William to host a special Christmas carol concert for unsung Covid heroes.The..

BEAMING Kate Middleton has wowed in festive red as she arrived with William to host a special Christmas carol concert for unsung Covid heroes.

The Duke and Duchess of Cambridge were greeted by carol-singing school children and reindeers outside Westminster Abbey in London. 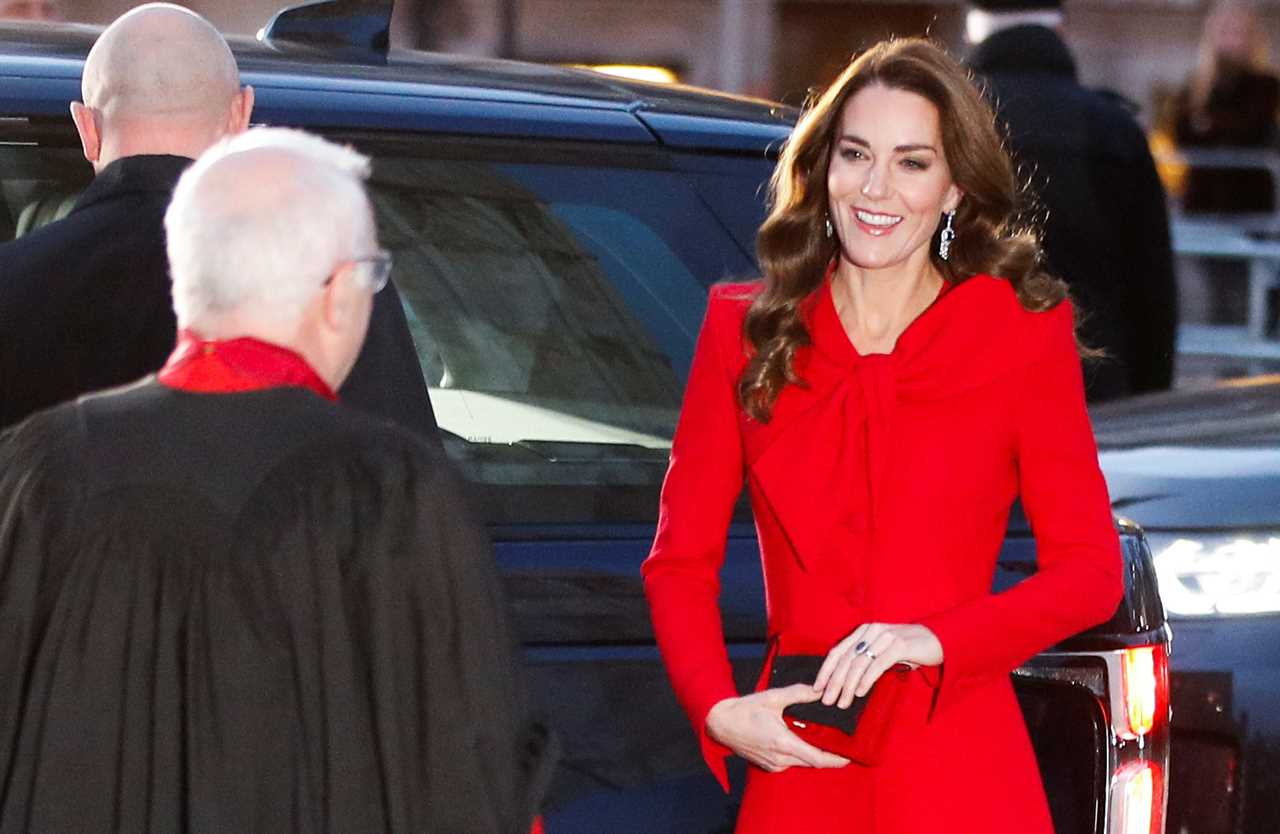 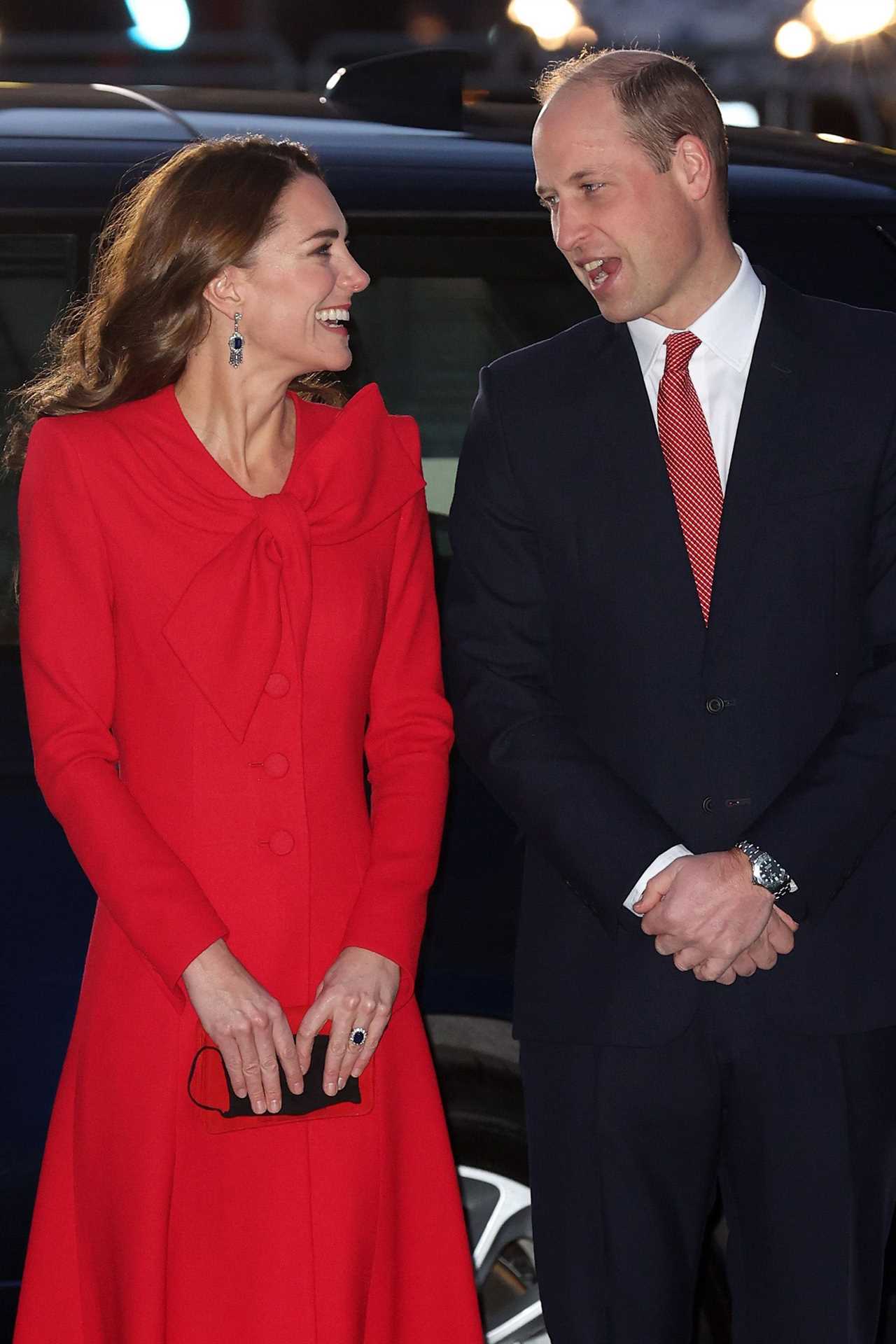 Kate stunned in a mid-length scarlet frock and earrings borrowed from the Queen.

The festive event, hosted by Kate, is being broadcast on ITV on Christmas Eve at 7.30pm.

The show was switched from the BBC at the last minute following a row over the BBC Two documentary which examined William and Harry’s relationship with the media.

The Together At Christmas concert reflects on the challenges of the pandemic and will pay tribute to the people and organisations who have supported communities through the Covid-19 crisis.

William will perform a reading, as will British Paralympian and junior doctor Kim Daybell, and presenter Kate Garraway, whose husband Derek Draper spent a year in hospital after contracting coronavirus.

The duchess will feature in the introduction to the special Christmas Eve programme Royal Carols: Together At Christmas, as will a performance by singer Tom Walker of his Christmas single For Those Who Can’t Be Here.

As part of the concert, which is being recorded on Wednesday, carols will be sung by the Abbey choir, alongside musical performances by Goulding and Lewis.

There will also be a performance of To The Day, a composition created for the occasion by poet and writer Lemn Sissay.

Details of which members of the royal family are attending have not been released, but royal watchers will be hoping Kate and William decide to bring along their three children, Prince George, Princess Charlotte and Prince Louis.

The service will both celebrate the heroes who stepped up to help others during the pandemic and reflect on the unprecedented difficulties the nation has faced over the last 18 months.

Kensington Palace said: “Unsung heroes from across the length and breadth of the nation have been invited to attend the service in recognition of their tireless efforts and selfless acts of kindness despite incredibly difficult circumstances.”

Among the guests will be those involved in community networks, charitable organisations and the patronages of the Queen, the Prince of Wales and the Duchess of Cornwall, and the Cambridges.

People who William and Kate met and spent time with during recent engagements have also be invited, as have armed forces personnel involved in Operation Pitting – the UK’s evacuation of civilians from Afghanistan after the Taliban takeover.

Guests experiencing isolation, such as those with limited social connections, the recently bereaved or those without their own homes, will also be in the church.

The service has been developed and delivered in partnership with the Abbey and BBC Studios Events Productions.

BBC Two’s The Princes And The Press, which was presented by Amol Rajan, was criticised by the royal households for giving credibility to “overblown and unfounded claims”, and prompted the broadcast of the service to be moved from the BBC to ITV.

The two-part documentary included suggestions that negative stories about Harry and the Duchess of Sussex were leaked by courtiers and there was a competitiveness between households. 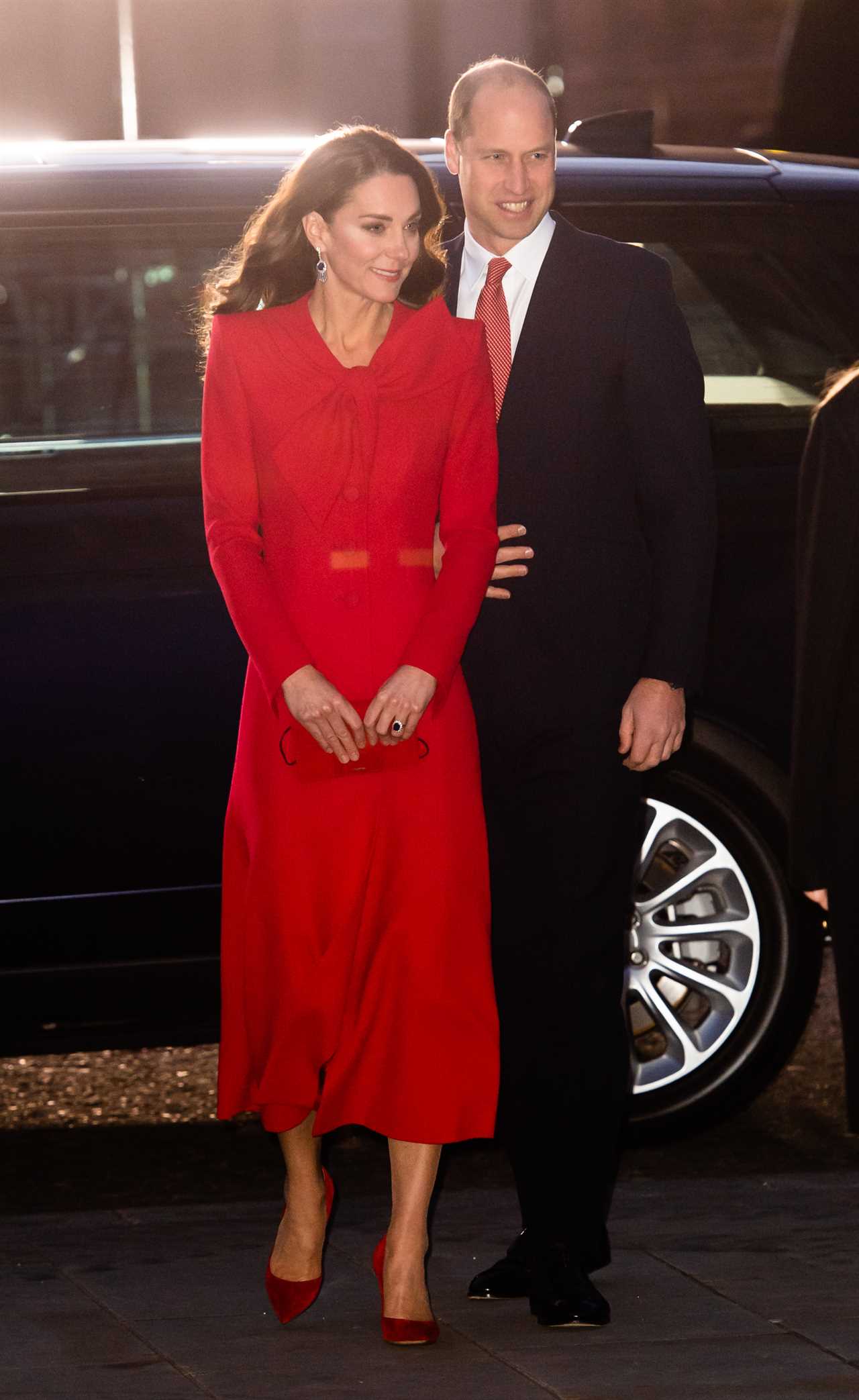 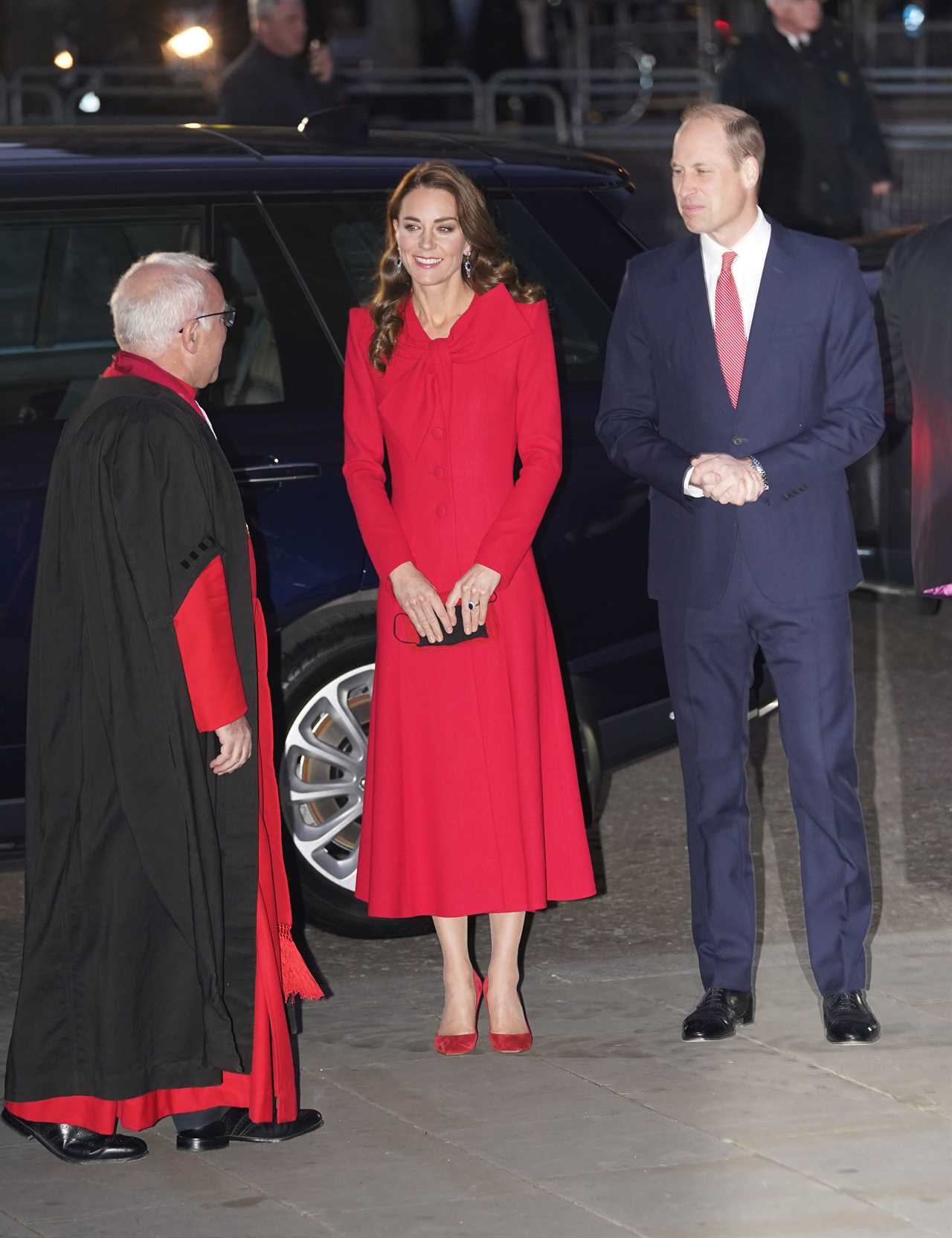 The Dean of Westminster Abbey greeted the duke and duchess 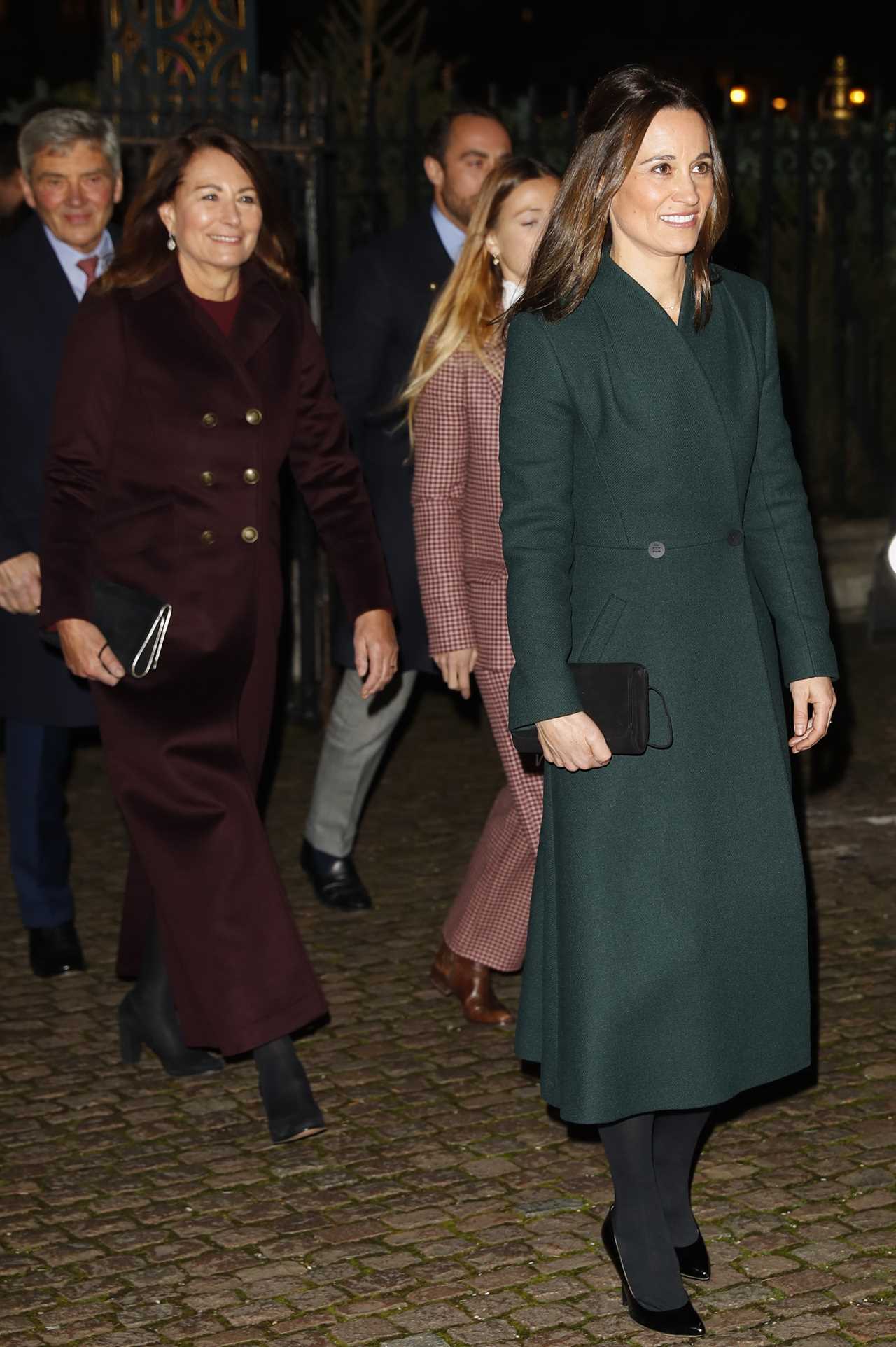