EARLIER this year Kate Middleton celebrated her 10th wedding anniversary with husband Prince William. On the day she walked down the aisle towards..

On the day she walked down the aisle towards the altar, on April 29, 2011, the future Duchess of Cambridge was seen wearing her stunning engagement ring. 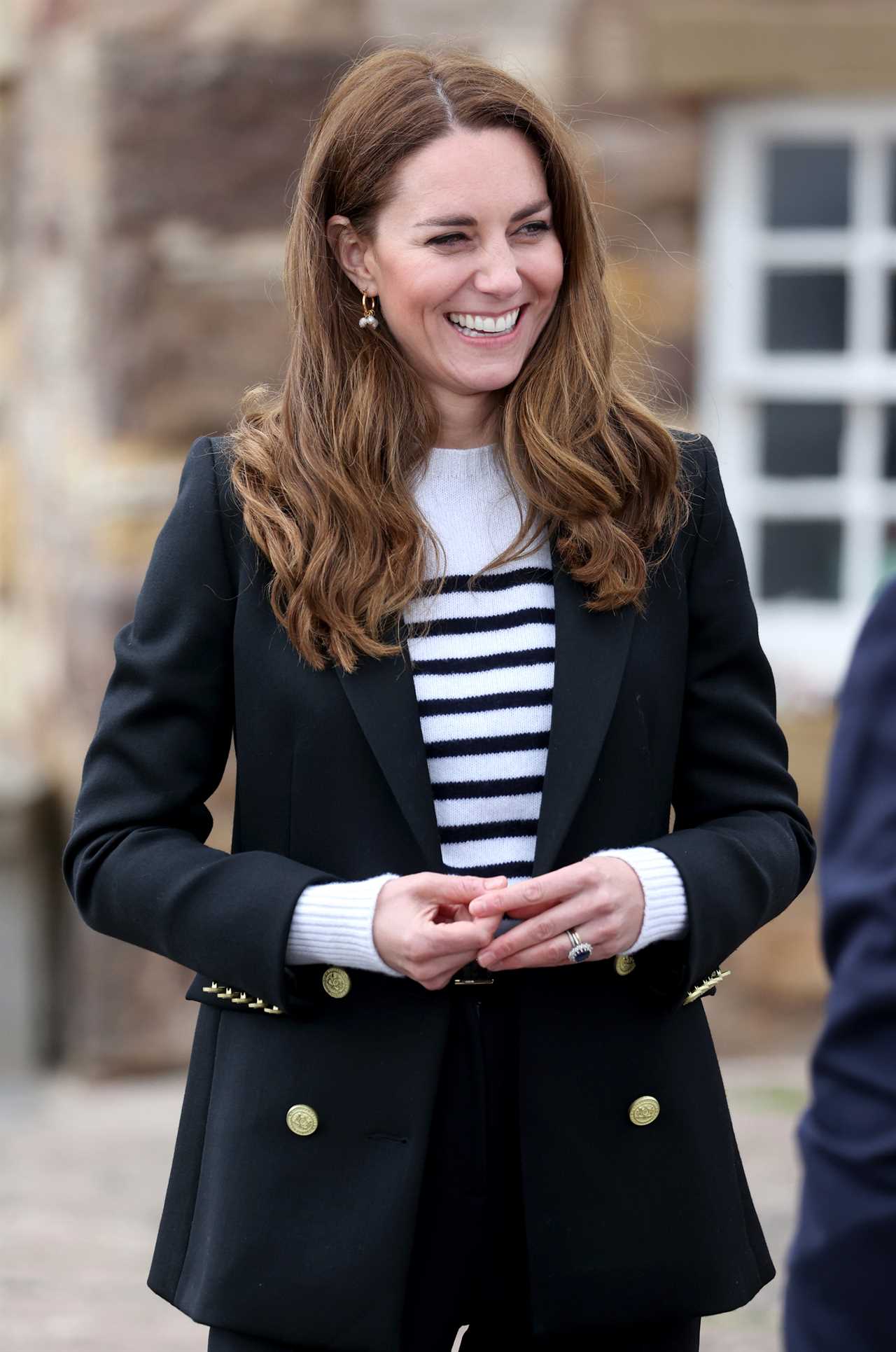 Kate Middleton’s engagement ring has a lot of history

The eye-catching piece of jewellery had first been unveiled several months before, in November 2010, when the couple announced to the world that they were betrothed.

But what’s the story behind the gorgeous blue piece?

What is Kate Middleton’s engagement ring?

It is a 12-carat oval Ceylon sapphire, that is surrounded by 14 diamonds, and set in 18-karat white gold.

According to Vogue, it is based on a brooch that Prince Albert asked the jeweller Garrard to create for his future wife, Queen Victoria, back in 1840. 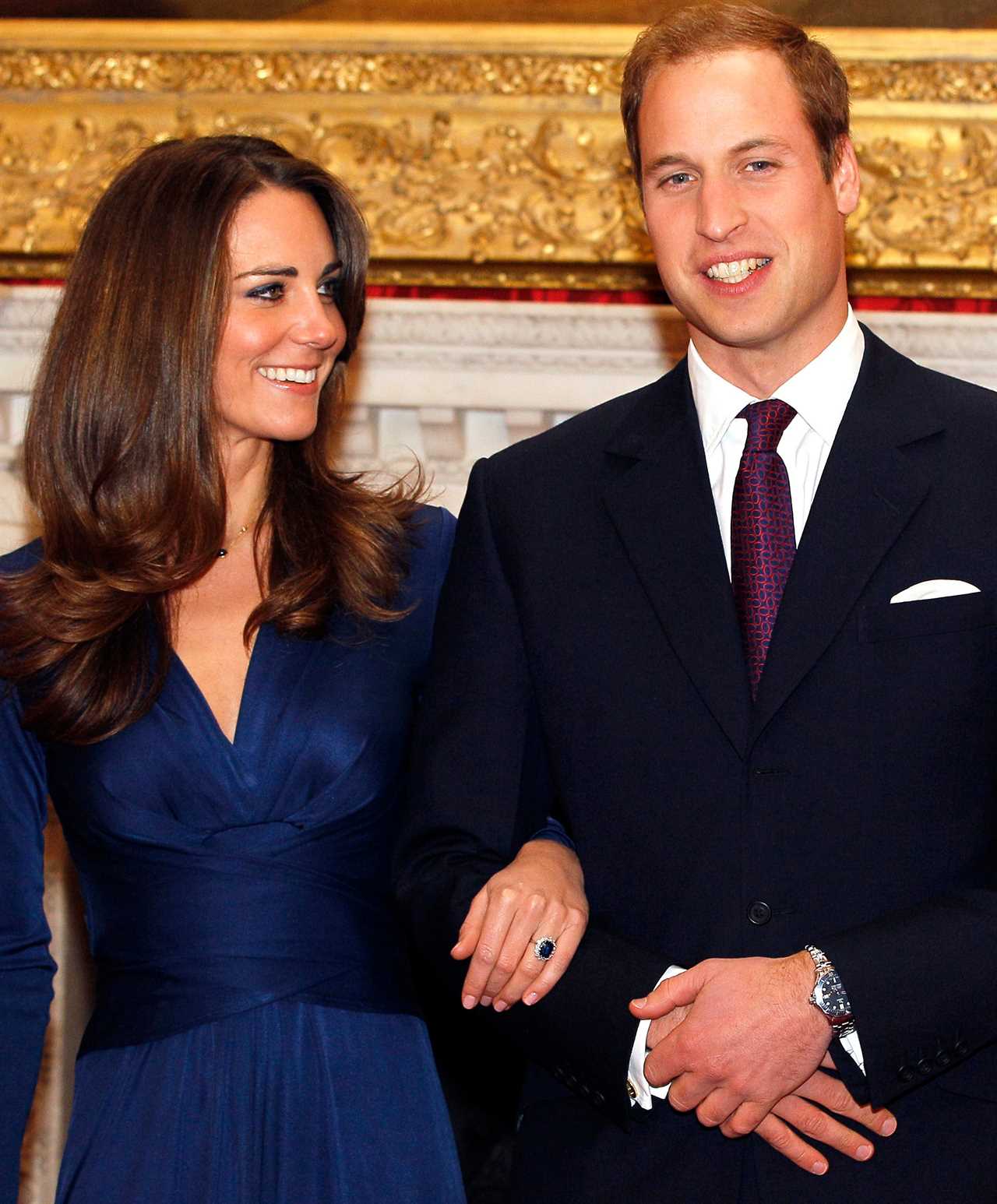 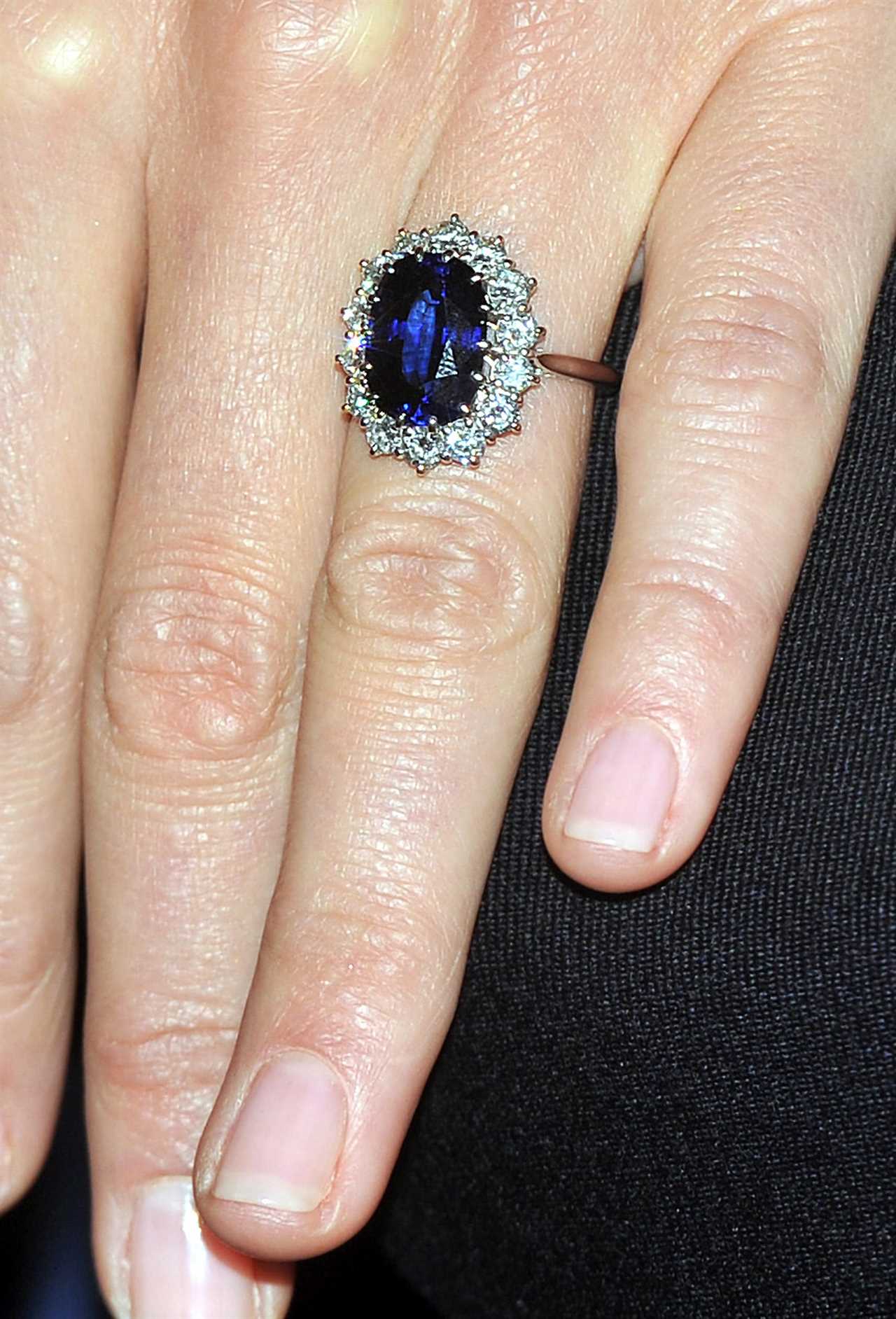 It features a sapphire and diamonds

This brooch now belongs to the Queen – and it inspired Prince Charles when choosing an engagement ring for Princess Diana in 1981.

Sara Prentice, Garrard’s creative director, told the magazine that he had initially intended to purchase something, but “he actually ended up setting a sapphire cluster ring for her”.

How much is Kate’s engagement ring worth?

At the time of its creation, the ring was worth £28,000, according to Marie Claire. 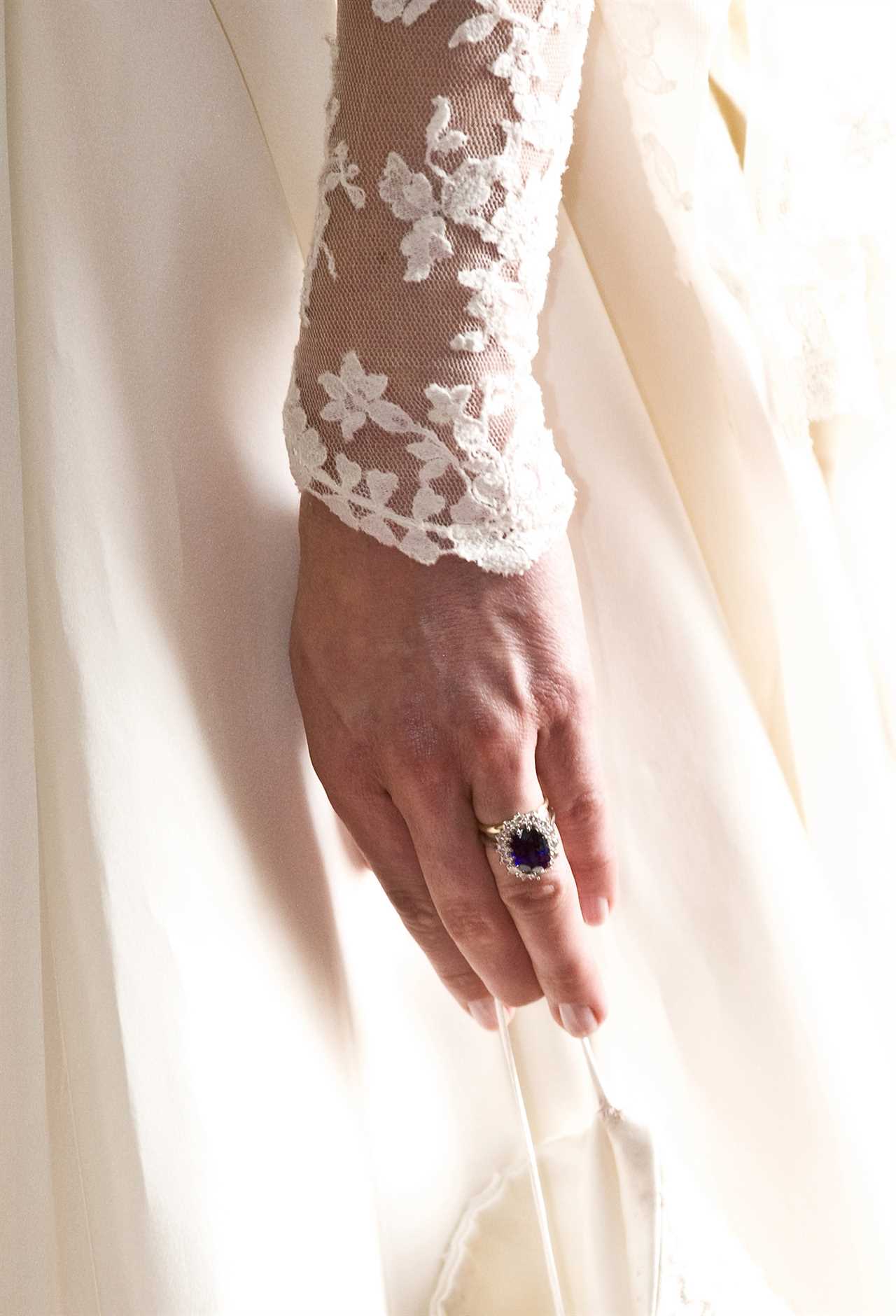 The sing is now considered priceless

However, given the historical significance it now holds, some believe it is actually priceless.

Did the ring belong to Princess Diana?

The first owner of the ring was the late Princess Diana – who received it from Prince Charles when he proposed back in 1981.

She was pictured wearing the stunning piece numerous times after her wedding. 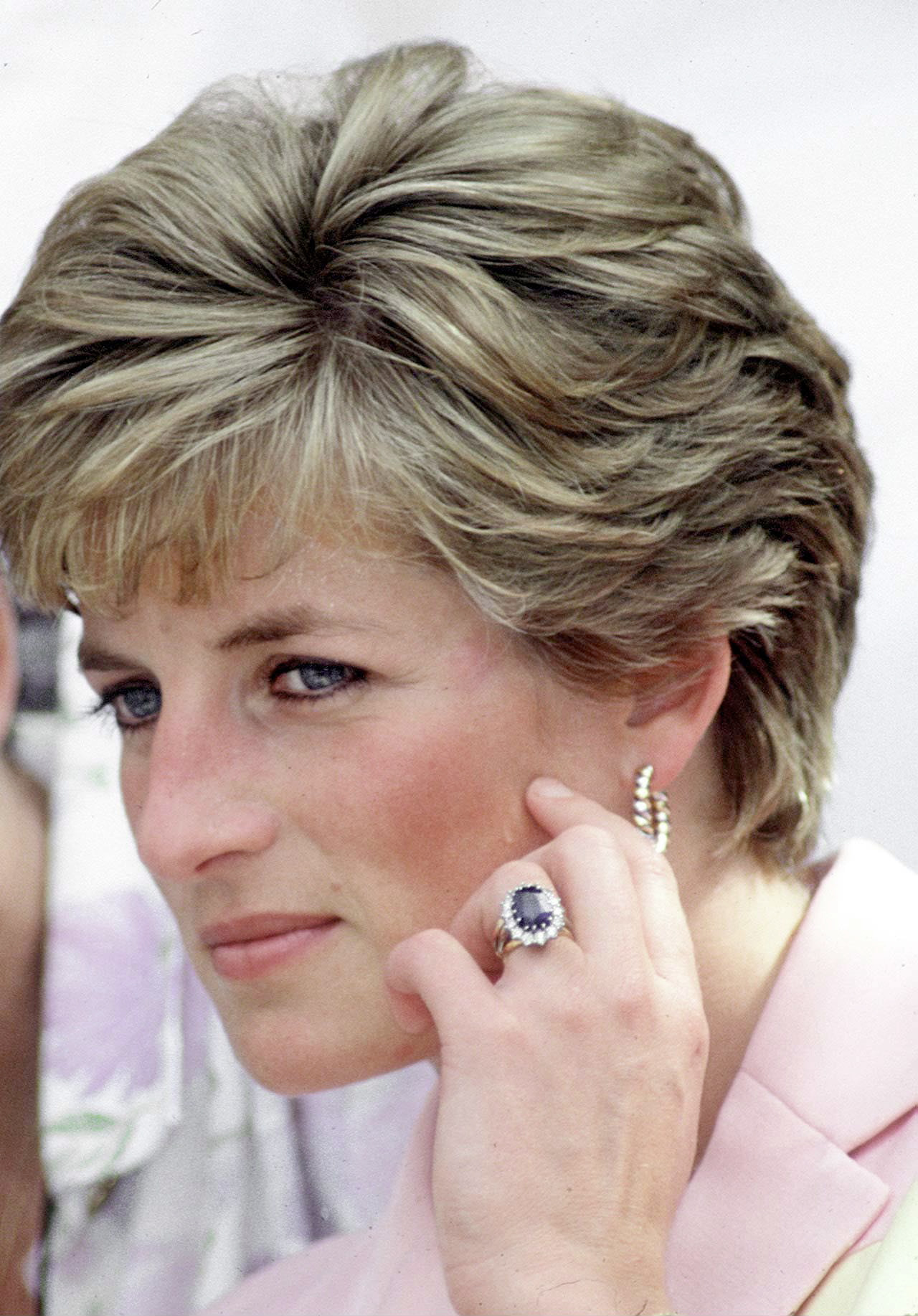 It was originally created for Princess Diana by Prince Charles

It is unclear whether, when they divorced in 1996, she returned it to the Prince of Wales.

However, after her death in 1997, it ended up in the possession of her sons.

What is the story behind the ring?

It is believed that her youngest, Prince Harry, was the first recipient of the ring.

Paul Burrell told the Amazon documentary The Diana Story that the duke and his brother got to pick a memento from her posessions shortly after she passed away.

He recalled the young prince saying: “I remember when I held mummy’s hand when I was a small boy and that ring always hurt me because it was so big.” 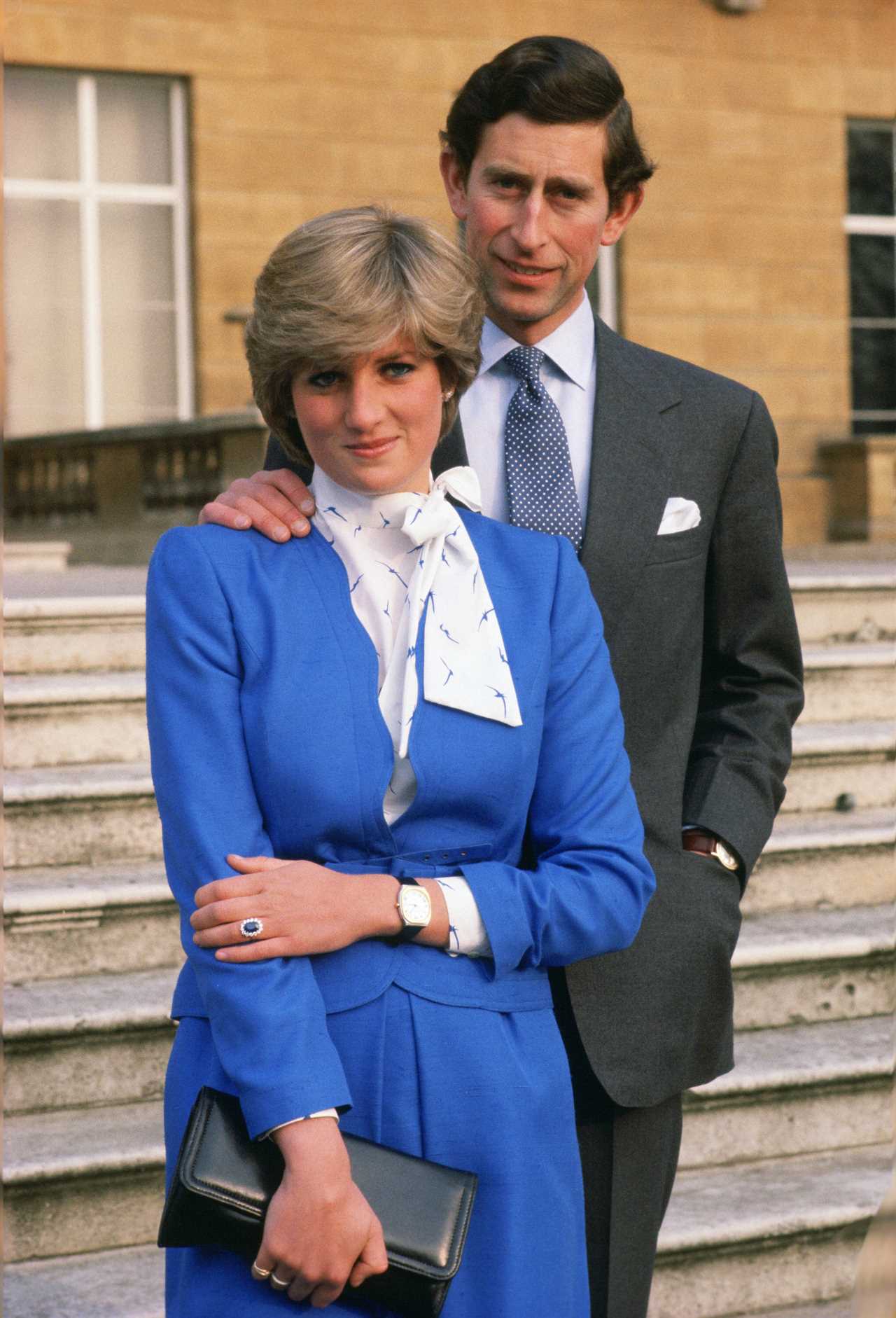 The former butler then went to the safe and gave him the ring.

However, at a later date, he decided to give it to his brother ahead of his proposal then-girlfriend Kate.

He reportedly said: “Wouldn’t it be fitting if she had mummy’s ring?”

It is believed that his older sibling then gave him their mum’s Cartier watch, that she received as a 21st birthday present from her father.

When did Prince William propose to Kate Middleton?

Prince William asked his girlfriend of nine years to marry him in October 2010.

It is understood that he got down on one knee during a trip to Kenya.

In other royal news, we reported that The Queen was “not asked but informed” about baby Lilibet’s name.

And this is why Prince Edward is an earl and not a duke.