MEGHAN Markle has today taken a string of veiled swipes at the Royal Family in her 40th birthday video.The Duchess of Sussex was today seen for the..

MEGHAN Markle has today taken a string of veiled swipes at the Royal Family in her 40th birthday video.

The Duchess of Sussex was today seen for the first time since giving birth to her daughter Lilibet two months ago – joking and smiling as she marked her big day. 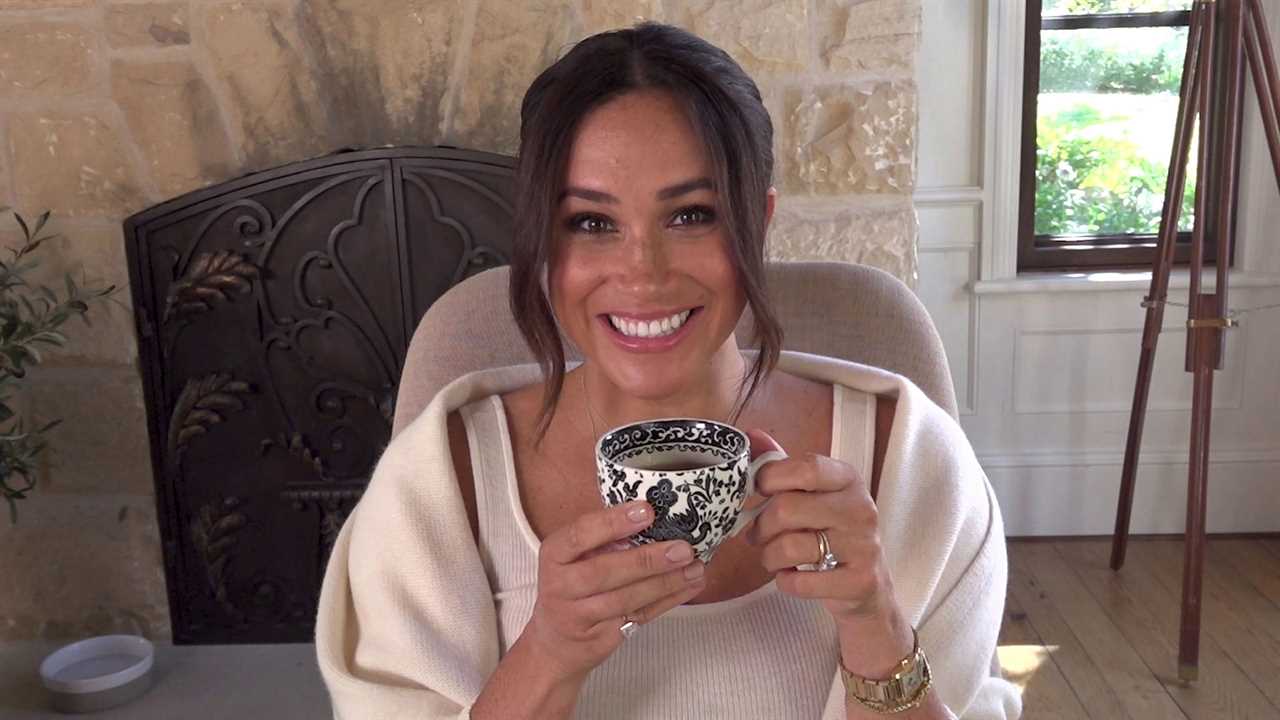 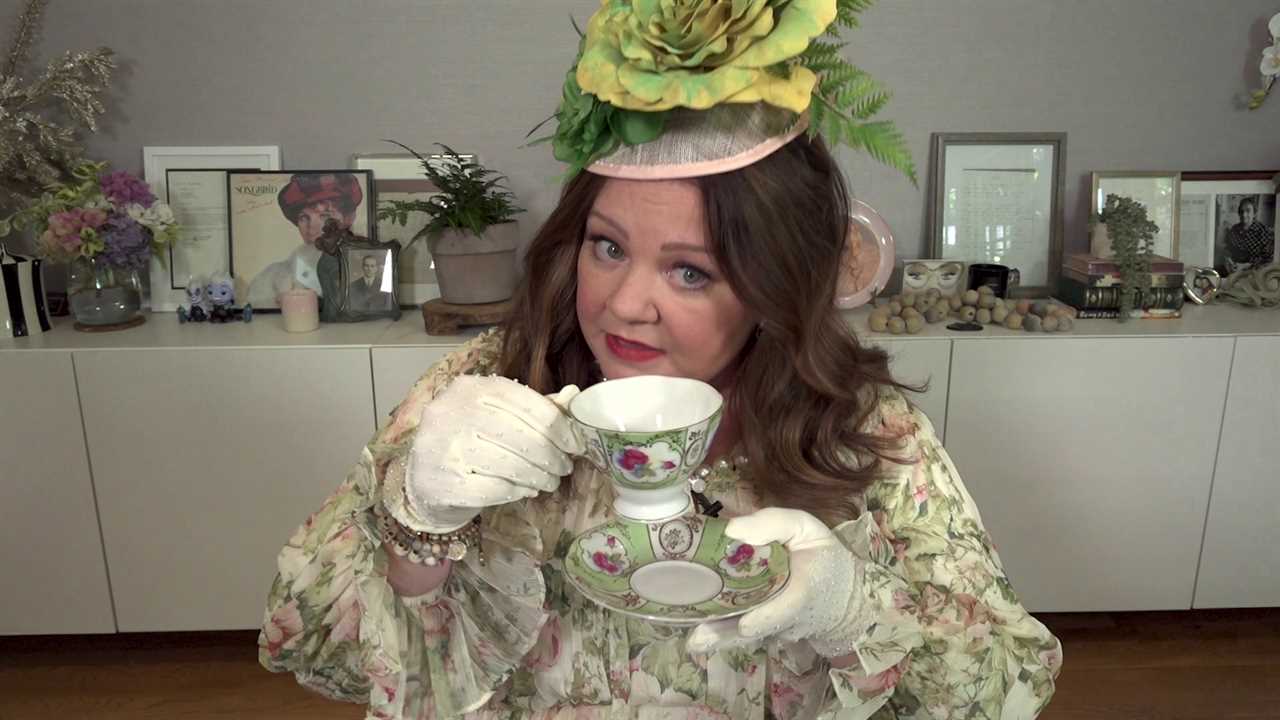 And the former actress called in Bridesmaids star Melissa McCarthy to promote her 40×40 initiative, asking A-listers to donate their time for her new mentorship programme.

But the video could be perceived to contain a number of criticisms towards the Royal Family.

In the first 30 seconds of the clip, actress Melissa claims she is working on her organic garden before pretending to realise her camera is on for the video chat.

The American actress then returns to the screen joking “this will probably be better for you” – having changed from her beige robe into a floral dress and fascinator and gloves.

The gag clearly is a reference to Meghan’s time in the UK, poking fun at garden party attire.

In another swipe, Meghan is seen drinking from a VERY British teacup while snacking on some tea and biscuits – seemingly a deliberate nod to the country she and her family fled from.

And Meghan’s birthday message could be seen in a jibe towards the royals with the message: “the most valuable gifts of time is also time spent in service”.

The Royals are known to dedicate their lives to service.

During her coronation, the Queen stated: “I declare before you all that my whole life, whether it be long or short, shall be devoted to your service and the service of our great imperial family to which we all belong.”

And after Meghan and Harry quit the Firm, they released a statement saying “service is universal”.

To celebrate her 40th spin around the sun, the duchess wants people around the world to “help women reentering the workforce”.

In a post on her Archewell website, she wrote: “In reflecting on my 40th birthday and the many things I am grateful for, I’m struck that time is among our most essential gifts.

She then continued in the vid: “Over two million women in the US and tens of millions around the world have lost their jobs due to Covid.

Among those who have committed 40 minutes of their time to mentor a woman in their community are singer Adele, poet Amanda Gorman, Sophie Gregoire Trudeau, the wife of Canadian Prime Minister Justin Trudeau, and fashion designer Stella McCartney. 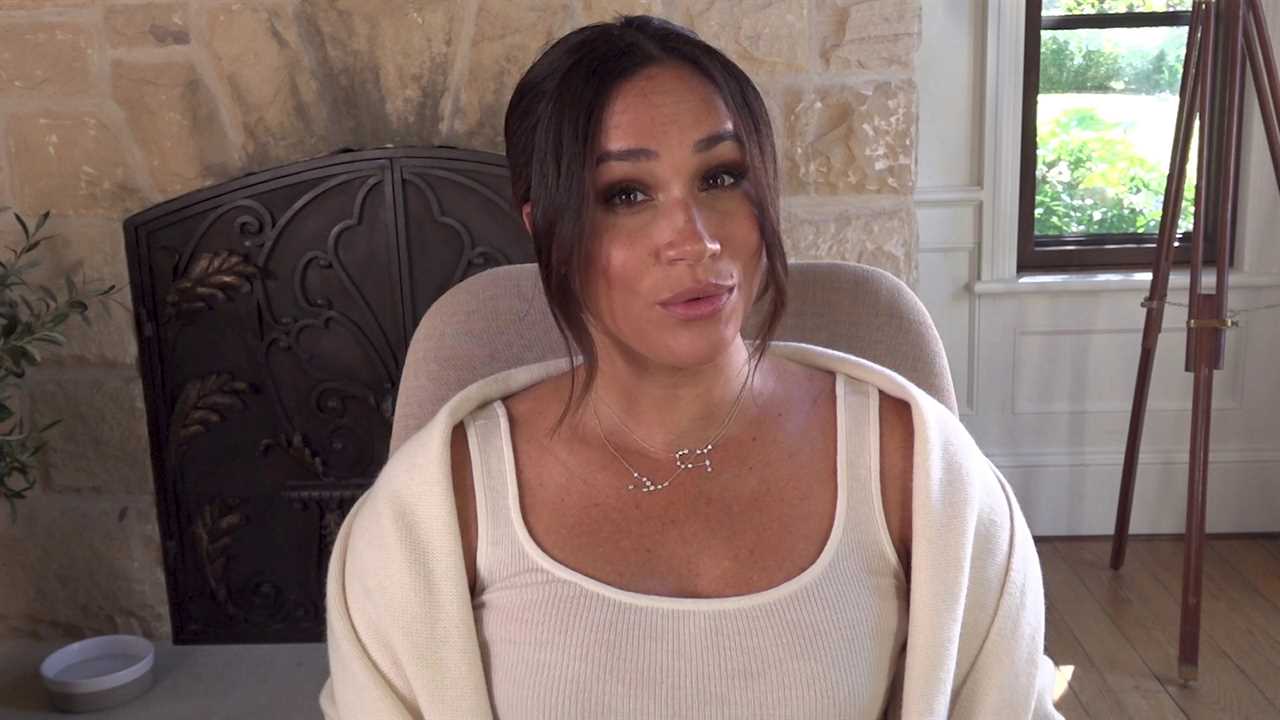 Meghan has asked 40 activists, athletes, artists, and world leaders to lend 40 minutes of their time to help people 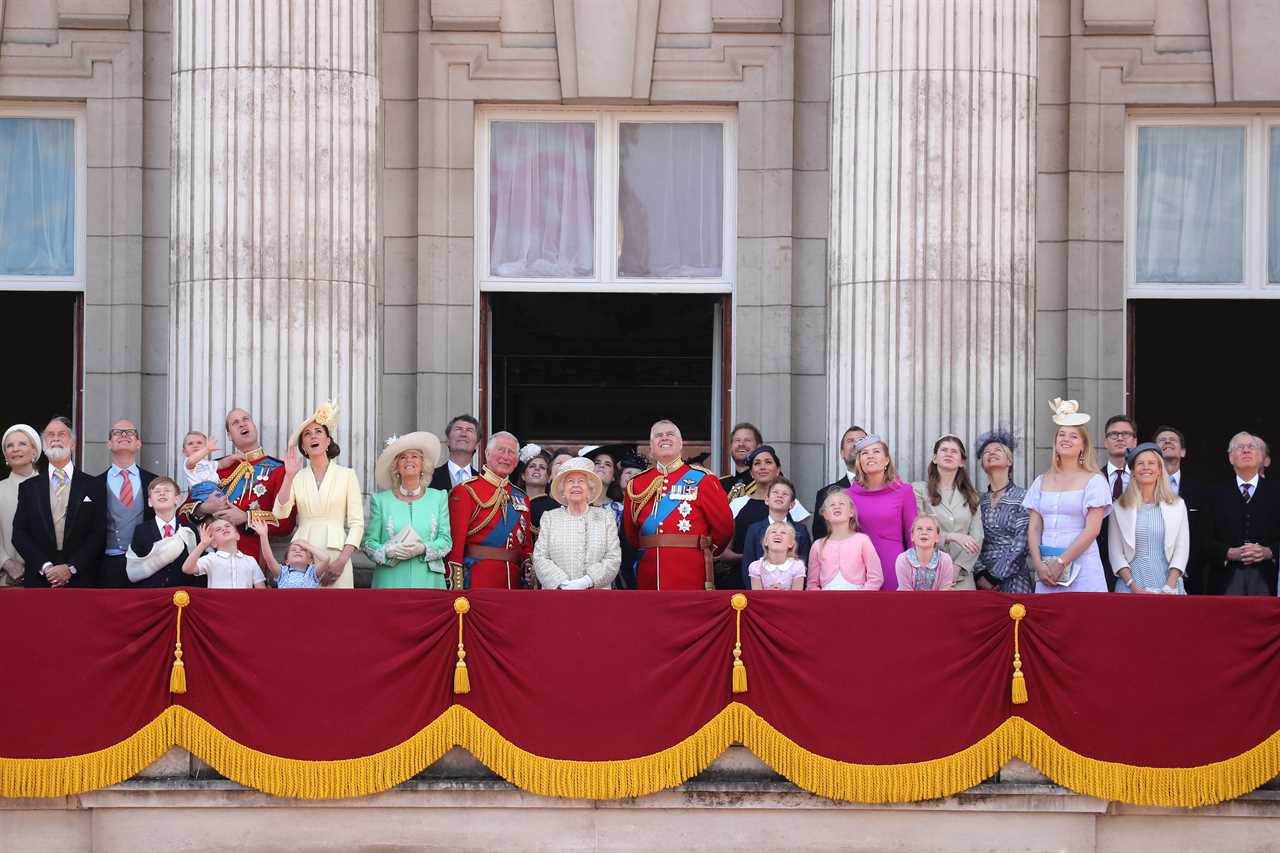 The swipes are sure to rile the royal family
birthdayvideothefirstjoking