PRINCE Harry and wife Meghan have been named among the world’s 100 most influential people — in a magazine that appears to have heavily airbrushed..

PRINCE Harry and wife Meghan have been named among the world’s 100 most influential people — in a magazine that appears to have heavily airbrushed images of the couple.

The Duke and Duchess of Sussex appeared on the cover of respected US mag Time yesterday — Harry’s 37th birthday. 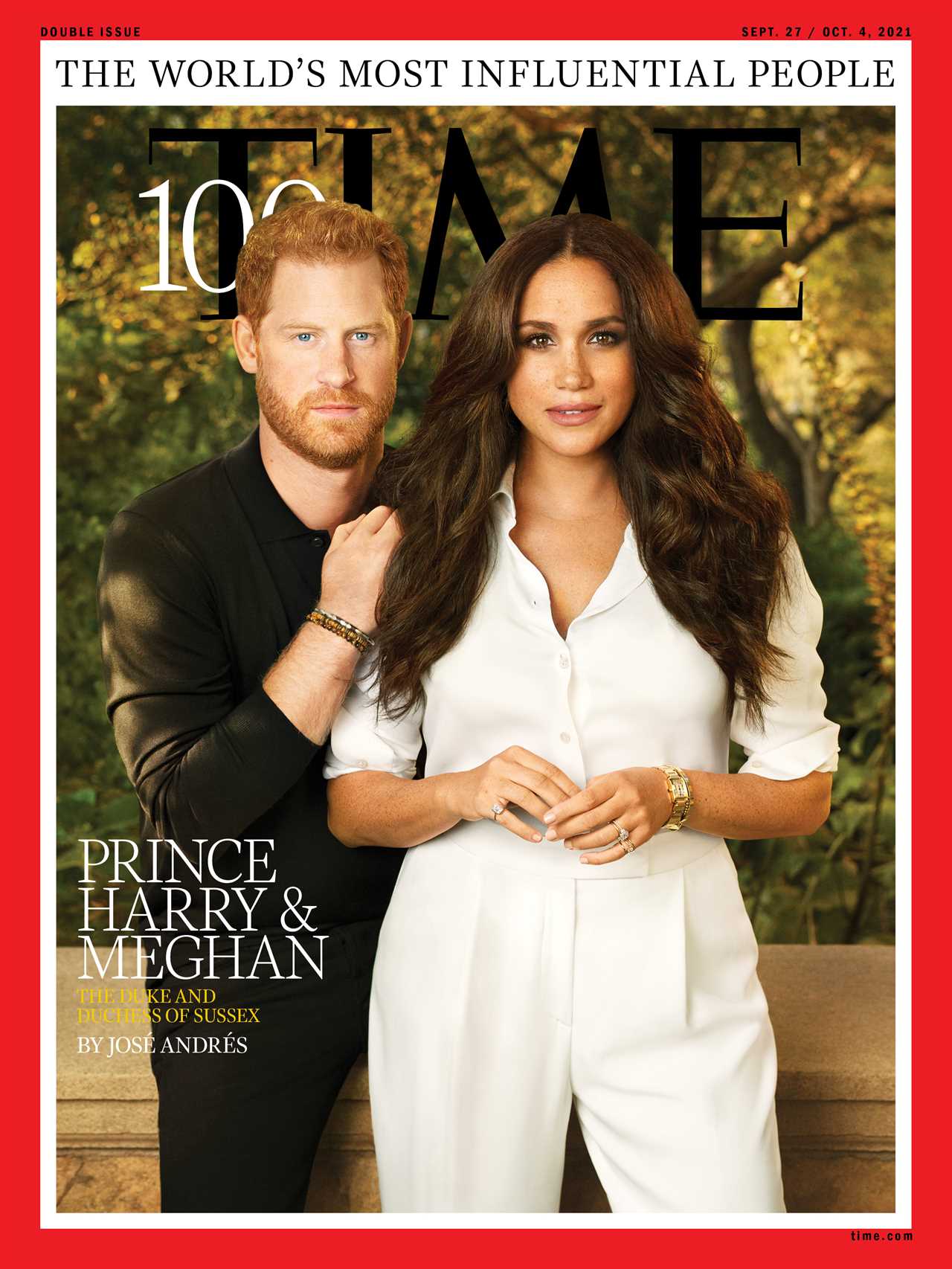 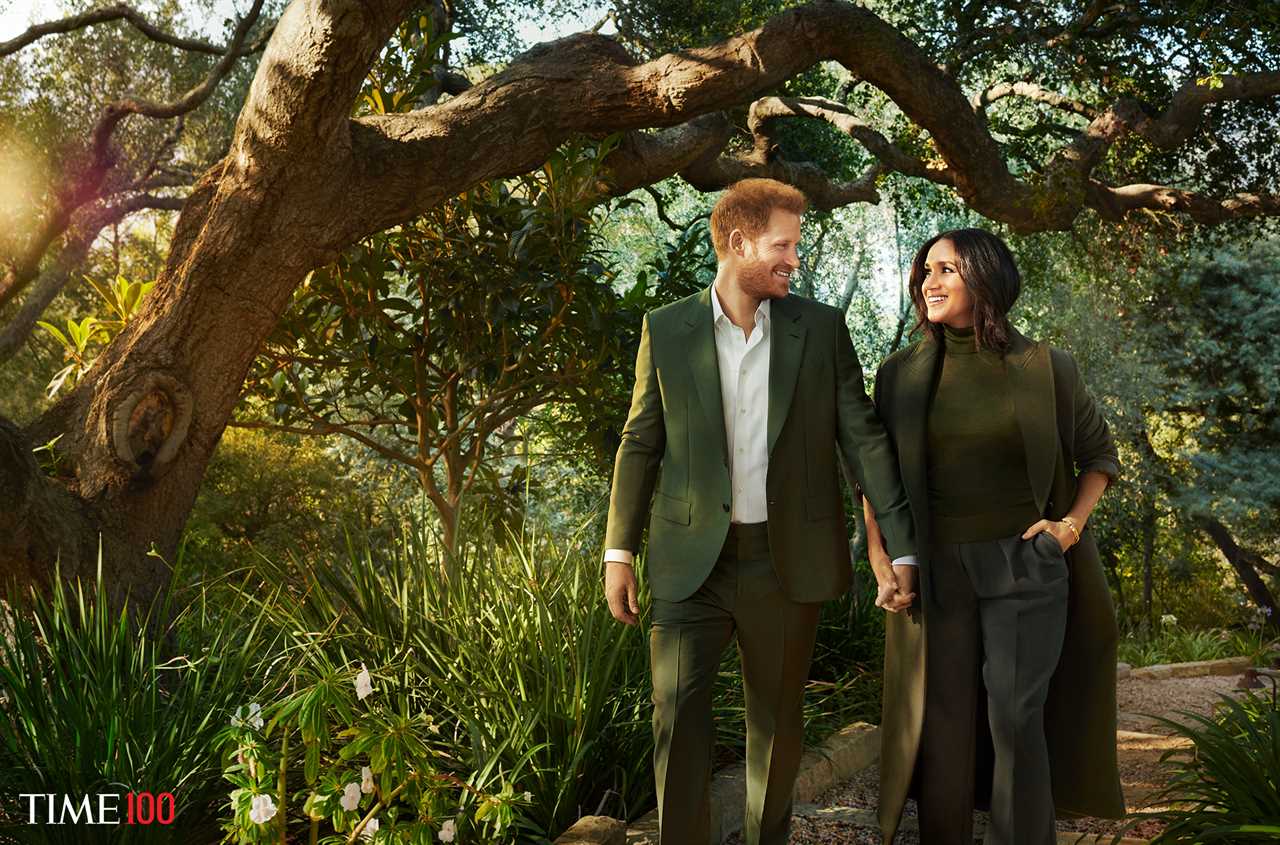 Glossy pictures showed him standing behind his 40-year-old wife with his arms on her right shoulder.

But Harry appeared to be wrinkle-free and the couple’s eyes sparkled. The picture was mocked online, with one photographer tweeting: “Terrible retouching job. They look CGI.”

Another wrote: “This photo looks photoshopped. Also, the way they are positioned is very revealing: it’s the Meghan show and Harry is just the supporting actor.”

The Celeb Report’s legendary royal photographer Arthur Edwards said: “Harry has always had more than a few laughter lines around his eyes.

“But if you look at the photograph, the creases appear to have been airbrushed out. His hair has also been tidied up. They’ve certainly done more work on Harry than Meghan. She just looks heavily made-up.”

But it was not just the images that appear to have been airbrushed — in a woke profile that accompanies their entry under “Icons”, their rift with the Royal Family was also glossed over.

It was written by Spanish chef José Andrés, a close friend of the Sussexes whose charity World Central Kitchen is supported by the couple.

“Springing into action is not the easy choice for a young duke and duchess who have been blessed through birth and talent, and burned by fame.

“It would be much safer to enjoy their good fortune and stay silent.

“That’s not what Harry and Meghan do, or who they are. They turn compassion into boots on the ground through their Archewell Foundation.” 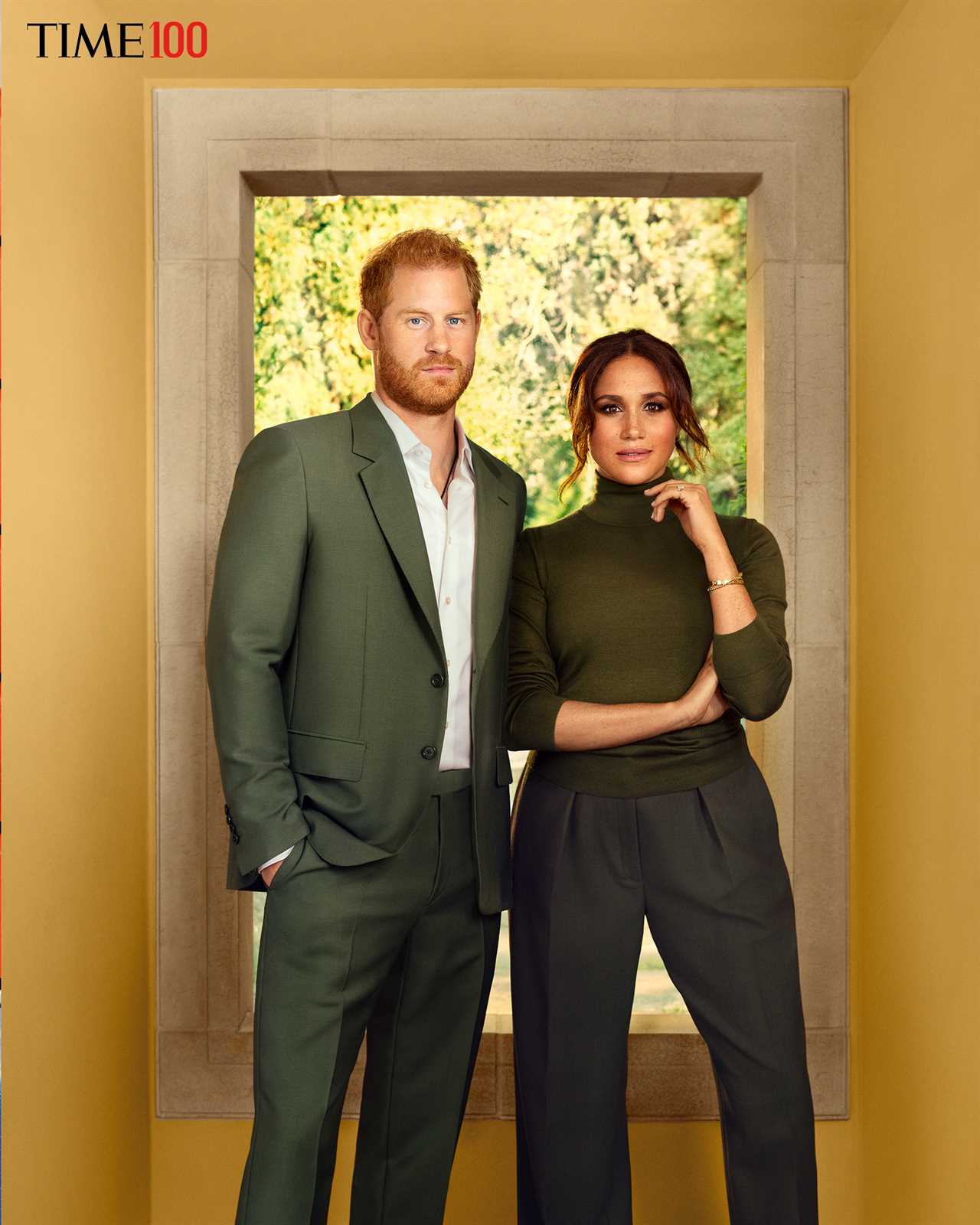 The Time article was written by Spanish chef José Andrés, a close friend of the Sussexes whose charity World Central Kitchen is supported by the couple
influentialpeopletheworldthecover