THIS is the touching moment Princess Charlotte shared with Prince Harry as they said goodbye to their beloved matriarch. The uncle-niece duo had been ..

THIS is the touching moment Princess Charlotte shared with Prince Harry as they said goodbye to their beloved matriarch.

The uncle-niece duo had been sat side-by-side during the Queen’s committal service at Windsor Castle’s St George’s Chapel, before she was finally laid to rest with her husband. 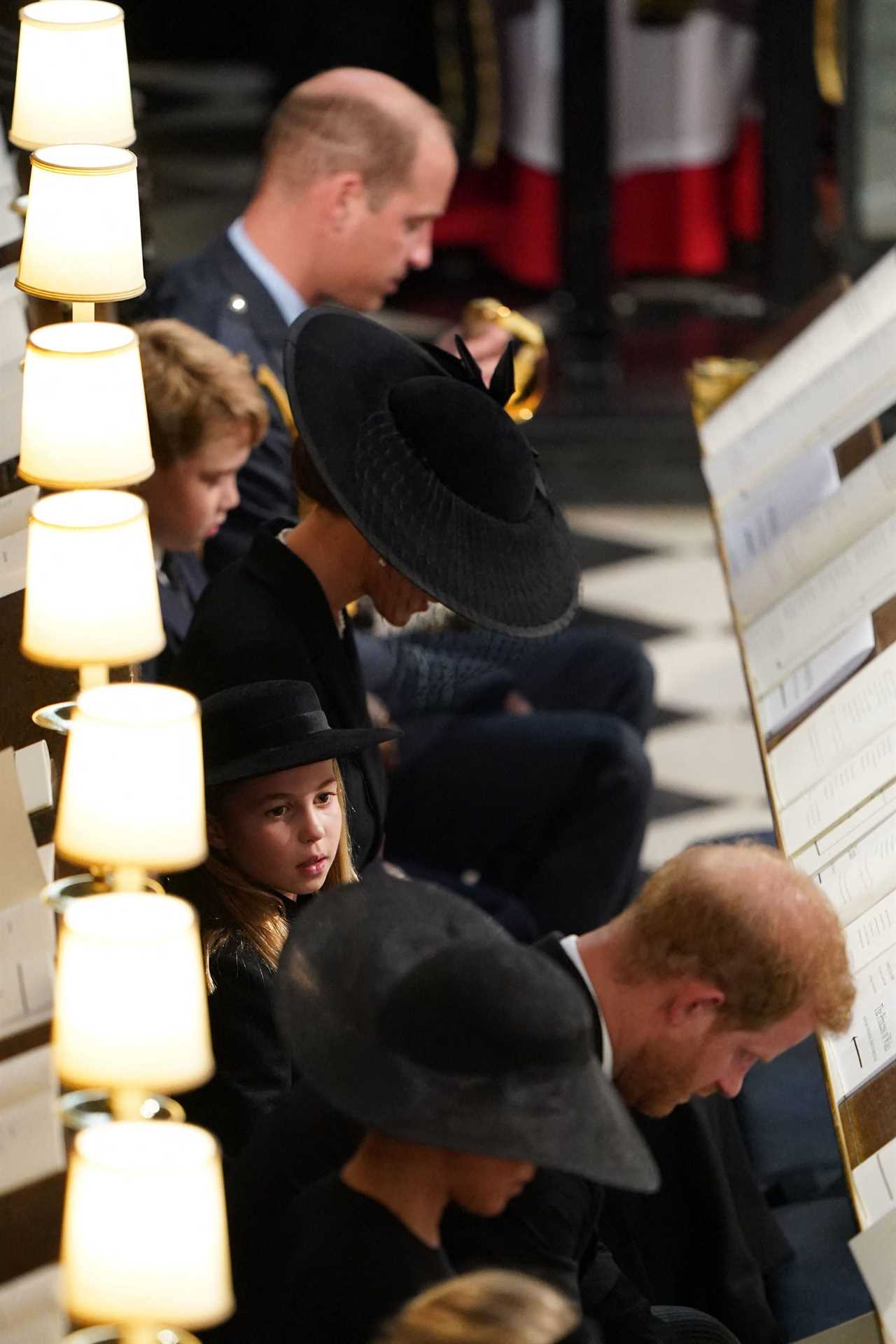 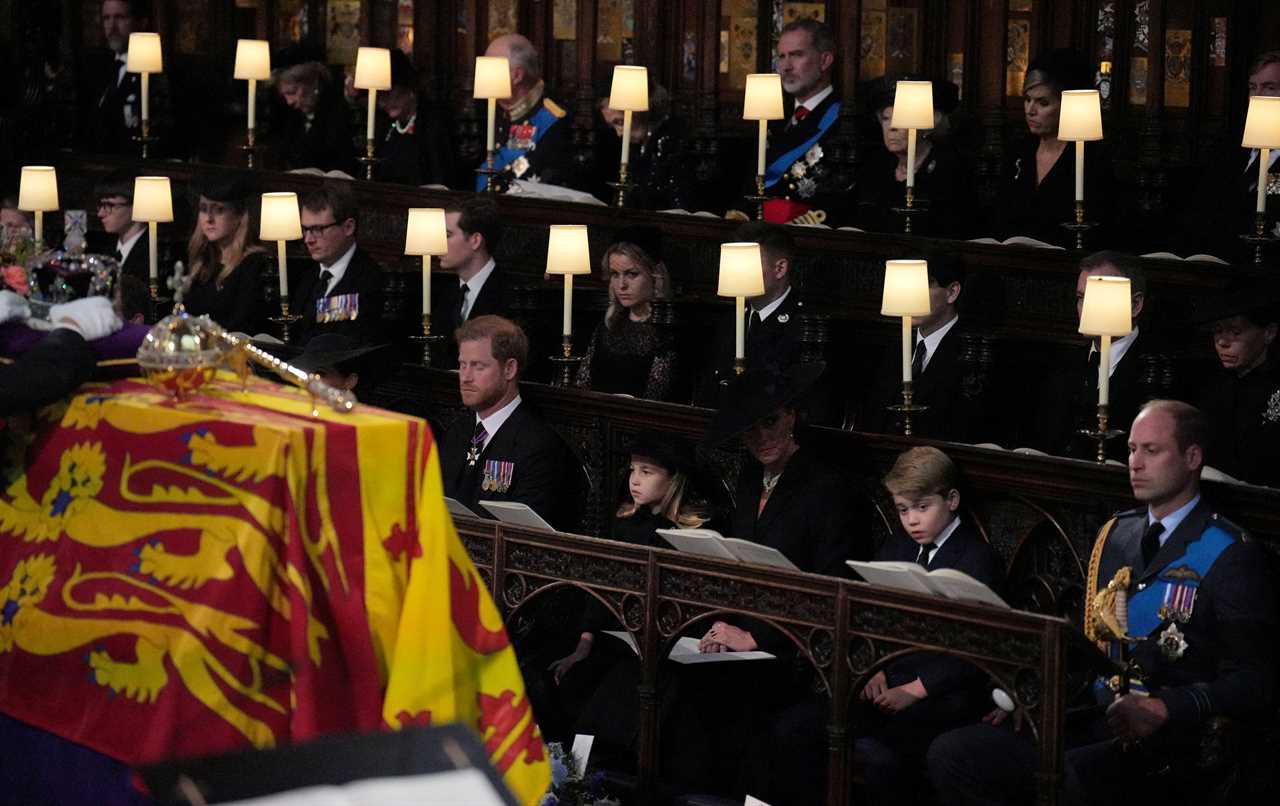 There pair shared a touching moment

At one point during the service, the seven-year-old princess can be seen adjusting her hat before looking over at her uncle.

Prince Harry then briefly looks up, catches Charlotte’s eye, and smiles at her.

The pair had been seated together between Harry’s wife Meghan Markle, and Charlotte’s mum, the Princess of Wales.

It was originally unknown whether wee Charlotte and her older brother Prince George would attend their great-grandmother’s state funeral, or committal service, but they were present at both. 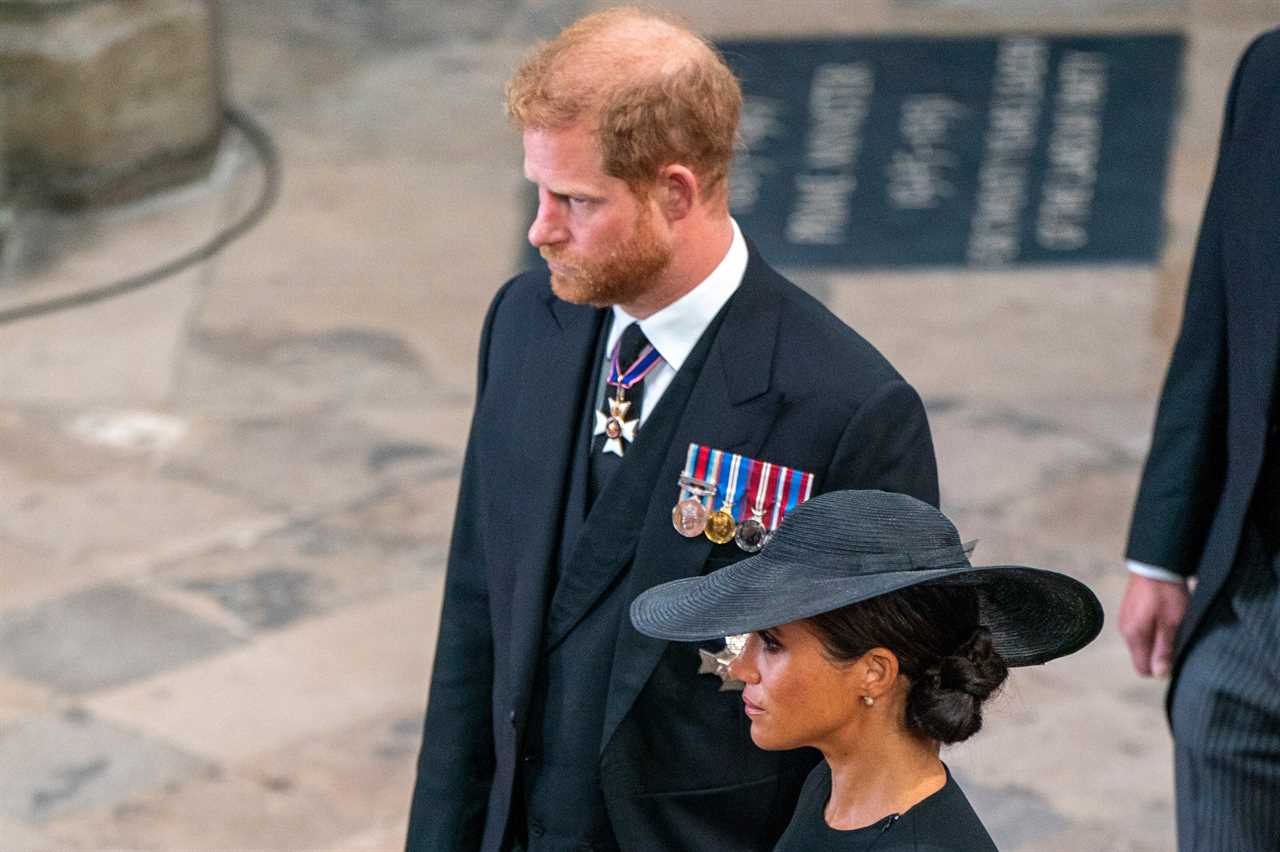 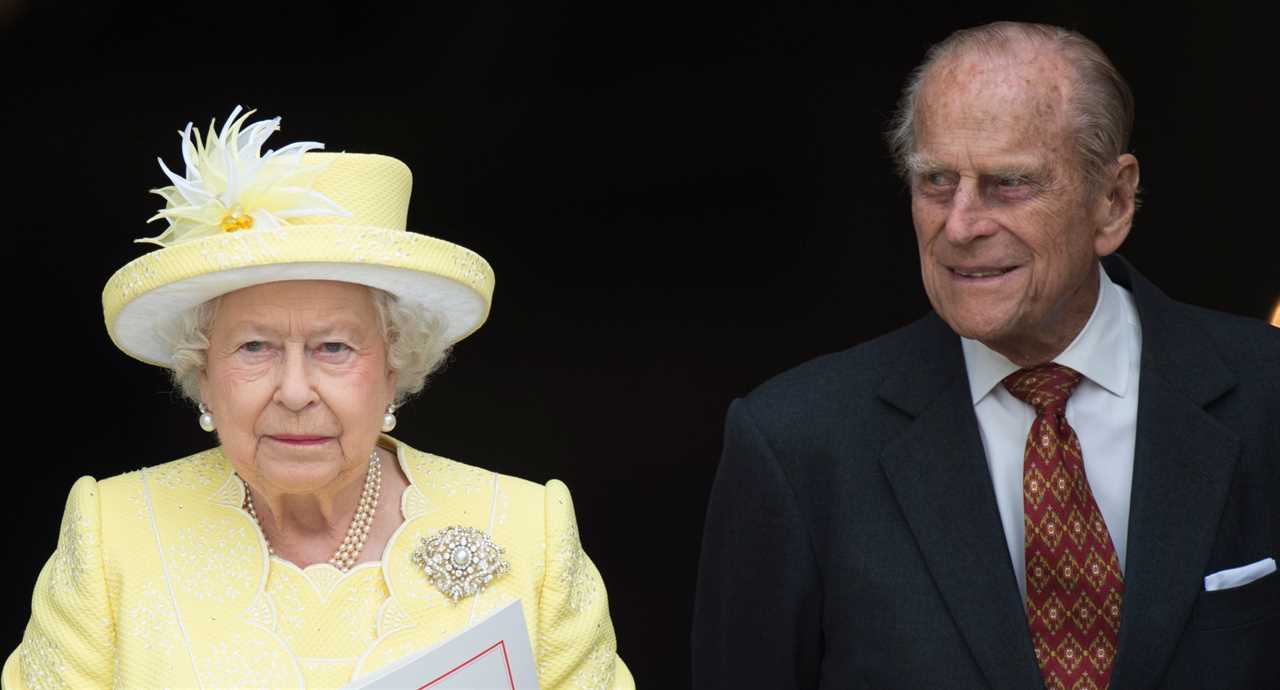 The young royals were snapped during both cute, and heartbreaking, moments throughout the day.

At one point, royal fans spotted the Charlotte appearing to remind her brother about royal protocol at the Queen’s state funeral.

According to lip readers, she told George he needed to bow down when Her Majesty’s coffin came past.

There was another moment where wee Charlotte looked to her aunt, Sophie Wessex, and copied her as she curtsied.

Royalists gushed on Twitter over the “adorable moment” and “touching show of respect”.

Aunt Sophie Wessex was also praised for comforting the young prince throughout the day.

The wife of Prince Edward was seen placing a reassuring arm around future George’s shoulders at Westminster Abbey.

Another added: “Countess of Wessex with Prince George of Wales, I Love.”

Royal fans have now summed up the young children’s behaviour throughout the day, too.

And they have heaped huge praise on the youngsters’ mum, the Princess of Wales.

While it was no doubt a tough day for the two young royals, fans said that Kate is clearly a great mum as the children are a credit to both her and husband William. 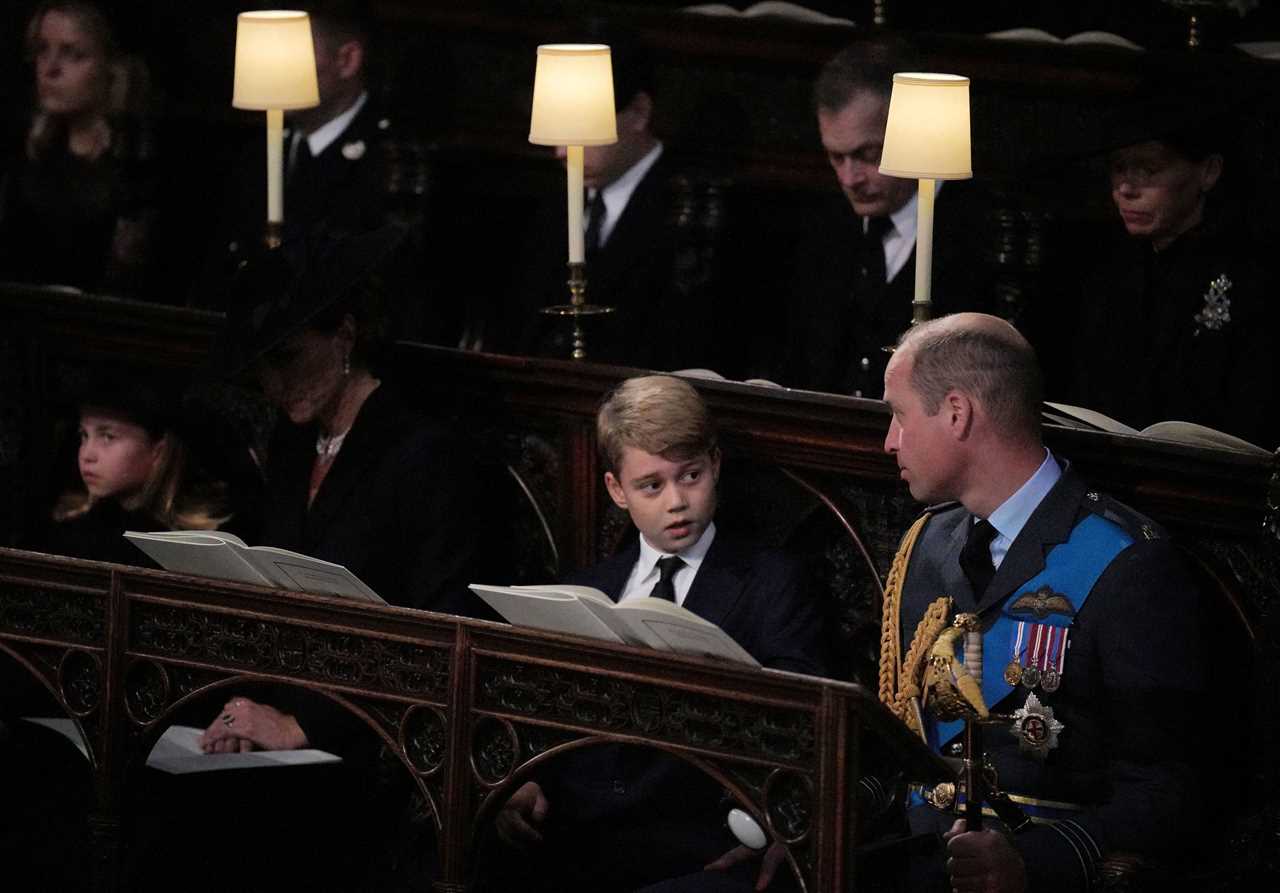 Young Prince George was sat between his mum and dad, the Princess and Prince of Wales, during the committal service 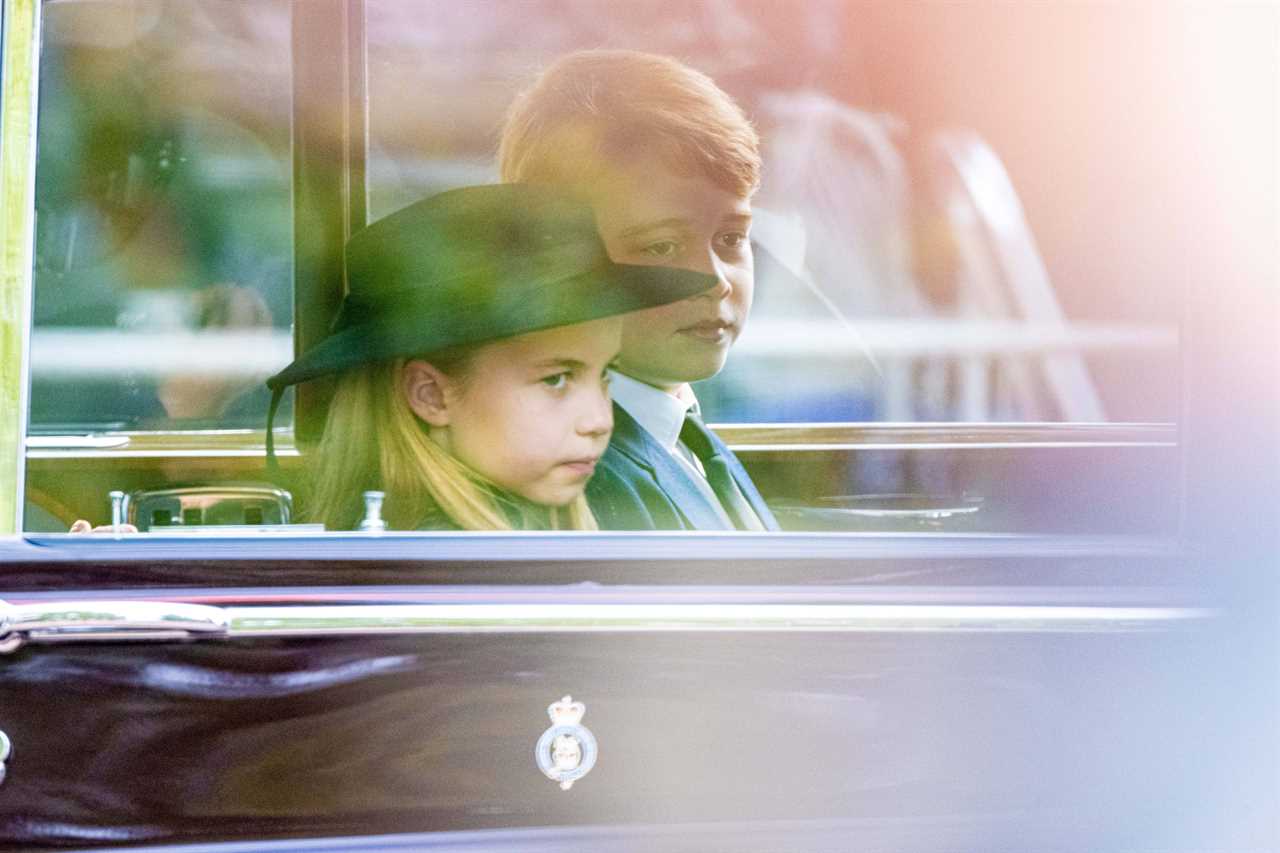 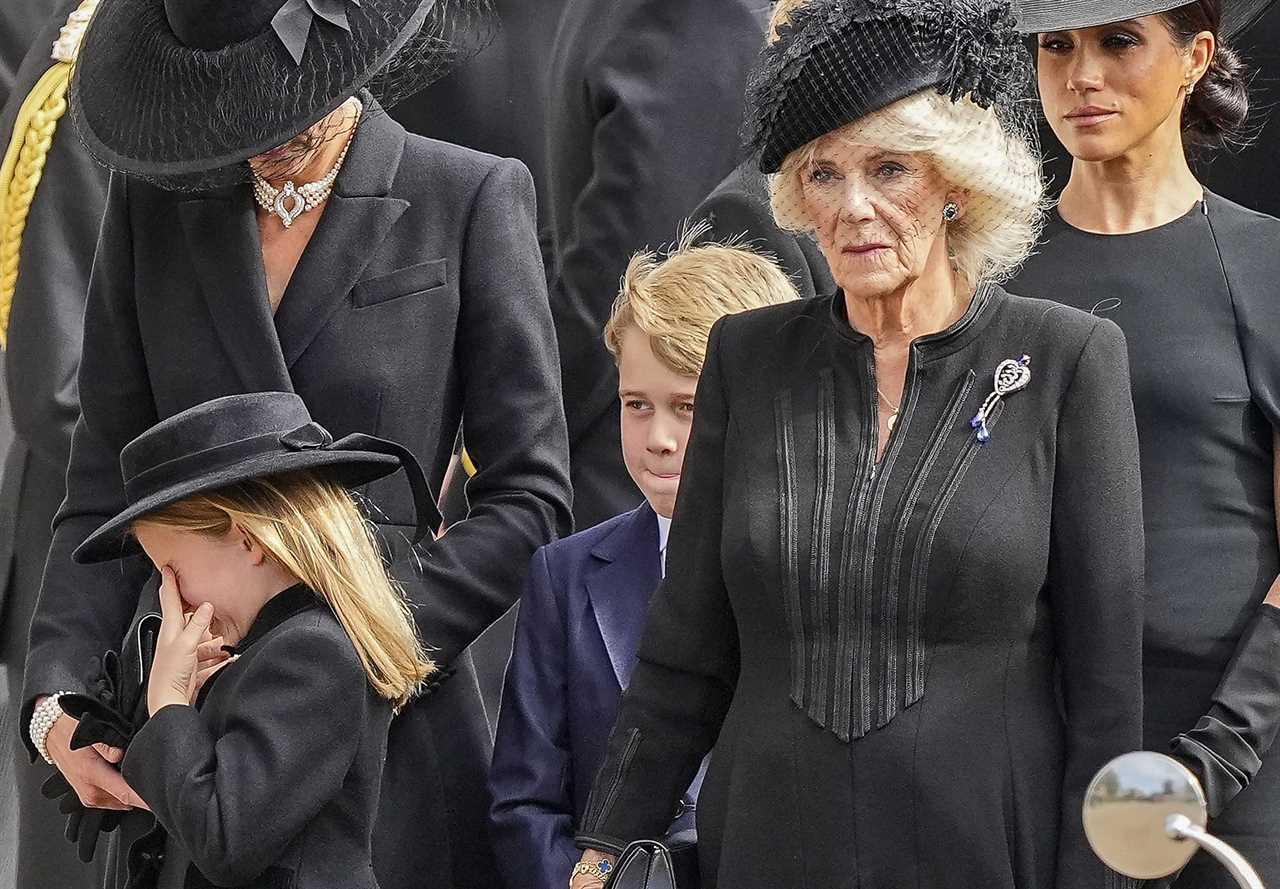 Princess Charlotte was brought to tears at one point during the state funeral today, and had to be comforted by her mother
princesscharlottetouchingmomentqueensfuneral