FANS drinking in the pub over the weekend will be banned from singing ‘Football’s Coming Home’ and ‘God Save the Queen’.Downing Street has set rules..

FANS drinking in the pub over the weekend will be banned from singing ‘Football’s Coming Home’ and ‘God Save the Queen’. 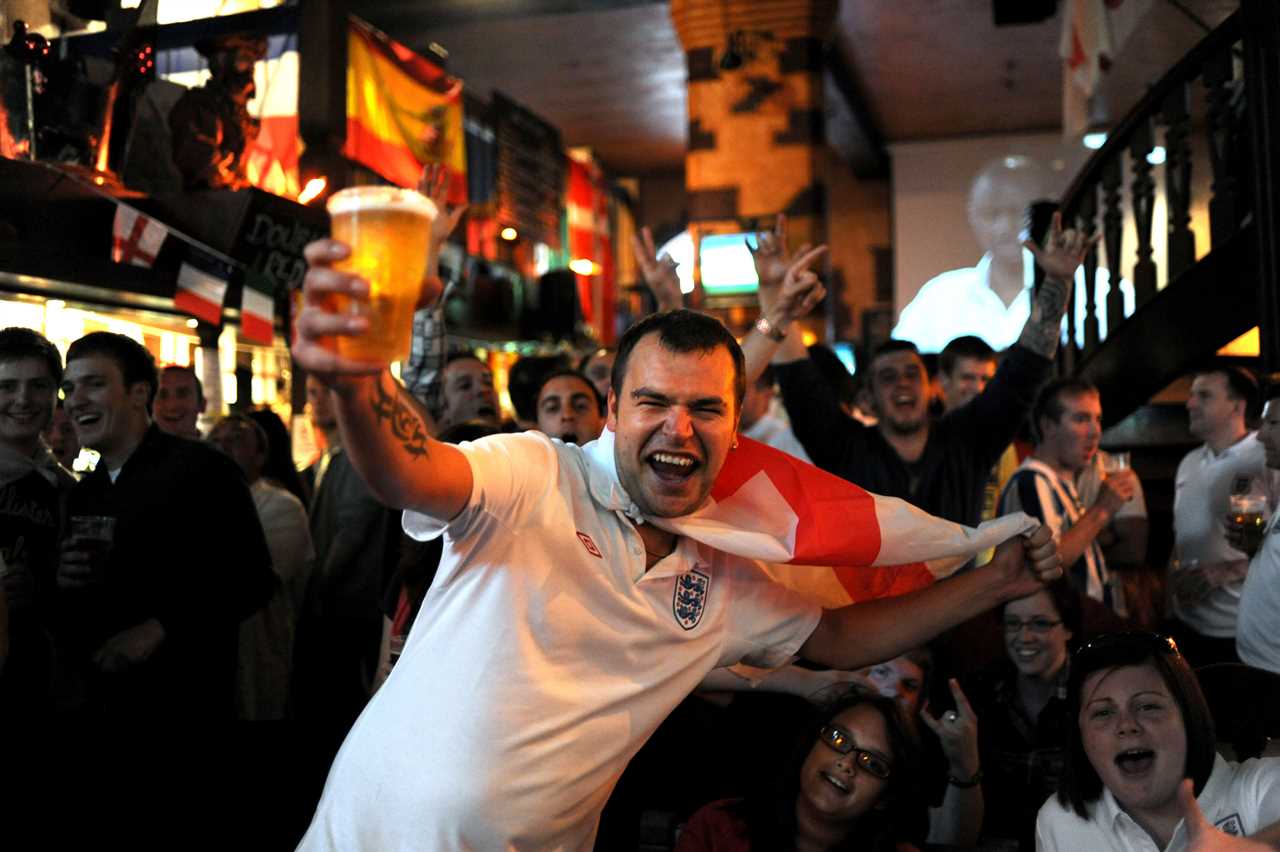 Fans are banned from singing and standing in the pub

The current rules mean that any music in a pub should be played at a low, almost background level, to prevent any shouting, singing or dancing occurring over the top of it.

The government’s guidance covers any hospitality venue for that matter, so it’s not just pubs, and includes restaurants, bars and similar places serving food or drink as well.

Owners and staff at venues will have to adhere to the rules and make sure punters are obeying them too, especially if they are showing the Euro 2020 games this weekend where spirits will likely be running high.

It means fans won’t be able to sing the usual chants that would normally be part of the roaring atmosphere found at the pub during a big football match.

Legal expert Graeme Cushion, a specialist in pub licensing, said: “I suspect our patriotism – particularly if England is doing well in the tournament – may get the better of us.”

There are also rules that mean standing and singing are a definite no-no too, as pubs and other venues must continue table service at the current time.

Mr Cushion, a partner at top London law firm Poppleston Allen, said: “Businesses showing games may ask you to sit down and not stand up to sing.

“And if indoors, as soon as you do stand up, you should wear a face mask, which is going to make singing somewhat more awkward.”

The British beer and pub association surveyed 1,000 pub-goers and 85% of supporters have said restrictions will ruin watching the Euros down at the local.

It means there is more pressure on PM Boris Johnson to push ahead with “Freedom Day” on June 21 where restrictions, especially on how hospitality operates, will be lifted and things are set to go back to “normal”.

Emma McClarkin, chief executive of the British Beer & Pub Association, said: “More and more people are getting the vaccine each day.

“It’s time for the restrictions on our freedoms to be replaced by the protection of the vaccination and for businesses and life to get back to normal.”

But it comes as Covid cases have more than doubled in one week despite the massive vaccination rollout attempts.

Mr Johnson has said he may adopt a “mix-and-match approach” to lifting the restrictions on the expected dat though.

But there will be a lift on the 30-person limit on weddings even if the June 21 easing of lockdown is delayed, it’s been reported.

In the meantime, Greene King is giving away FREE pints this weekend – so check out how you can get your hands on one.