THE official trailer for The Prince has landed – and it’s certainly not one to miss.Her Majesty guns down her royal servants and can’t stop swearing..

THE official trailer for The Prince has landed – and it’s certainly not one to miss.

Her Majesty guns down her royal servants and can’t stop swearing in footage of the new animation which premiered today on HBO Max. 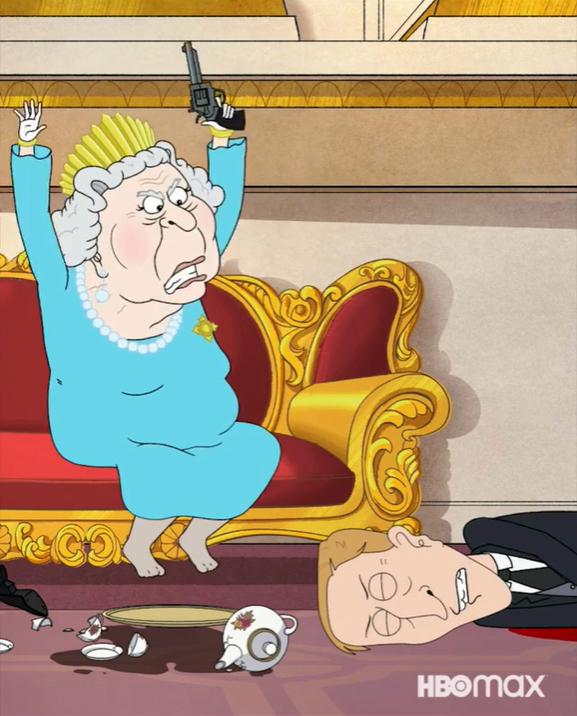 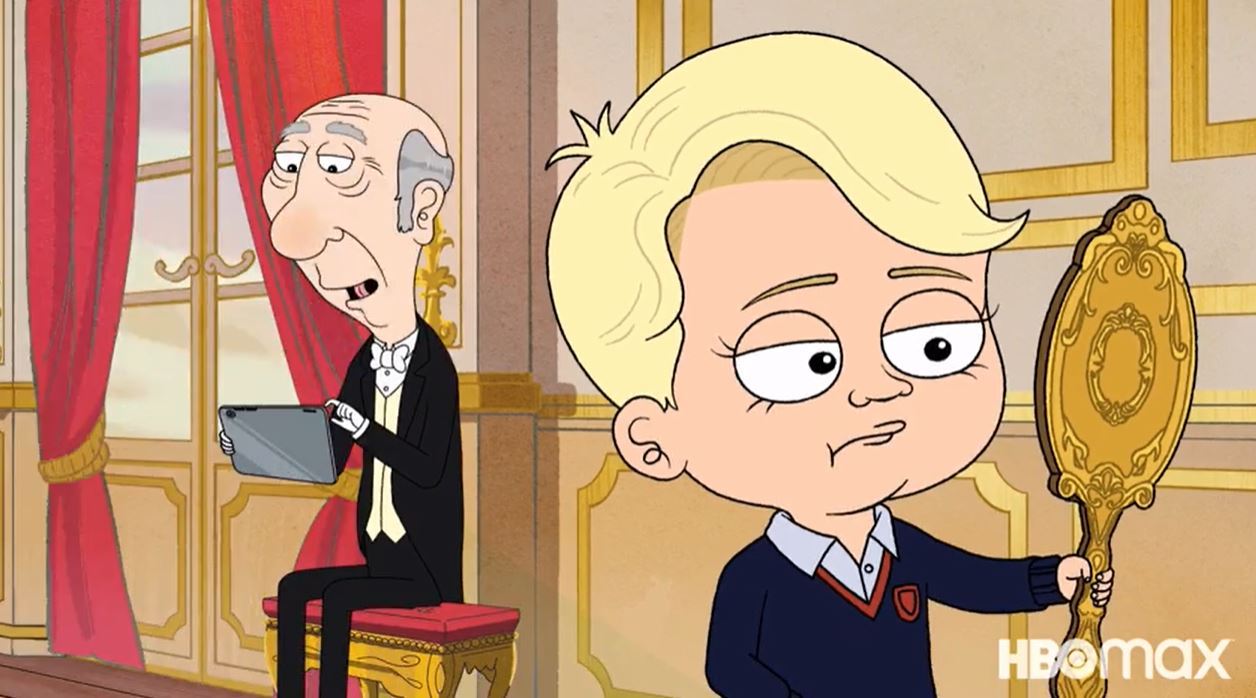 The Prince premieres today on HBO in the US

The highly-anticipated American sitcom, which was supposed to air back in April 2021, is created by Family Guy writer Gary Jenetti.

It will follow the life of eight-year-old Prince George and how he finds his place within the Royal Family.

In an outrageous teaser clip of the new show The Queen gets rowdy and KILLS one of her butlers.

She is seen relaxing on her throne and her royal servant comes towards her to offer her a cup of tea.

But before he could say anything else she gets a gun out and shoots him.

Her Majesty shouts: “Everyone stop f****ing startling me!”

The never-before-seen footage also ripped Prince Harry to shreds as it sees the Royal looking around Hollywood apartments with his wife Meghan Markle.

Making fun of the lifestyle Harry left behind in the UK, Harry tells Meghan: “This might be the smallest palace I’ve ever been in.”

To which Harry says: “Yes, an apartment palace, I know that.

“Lots of tiny palaces inside one big palace.”

The 12-episode series is available to stream from today (July 29) in the US.

The release date was pushed back after the death of the Duke of Edinburgh in May.

UK viewers will have to wait a little while longer as an air date is yet to be confirmed. 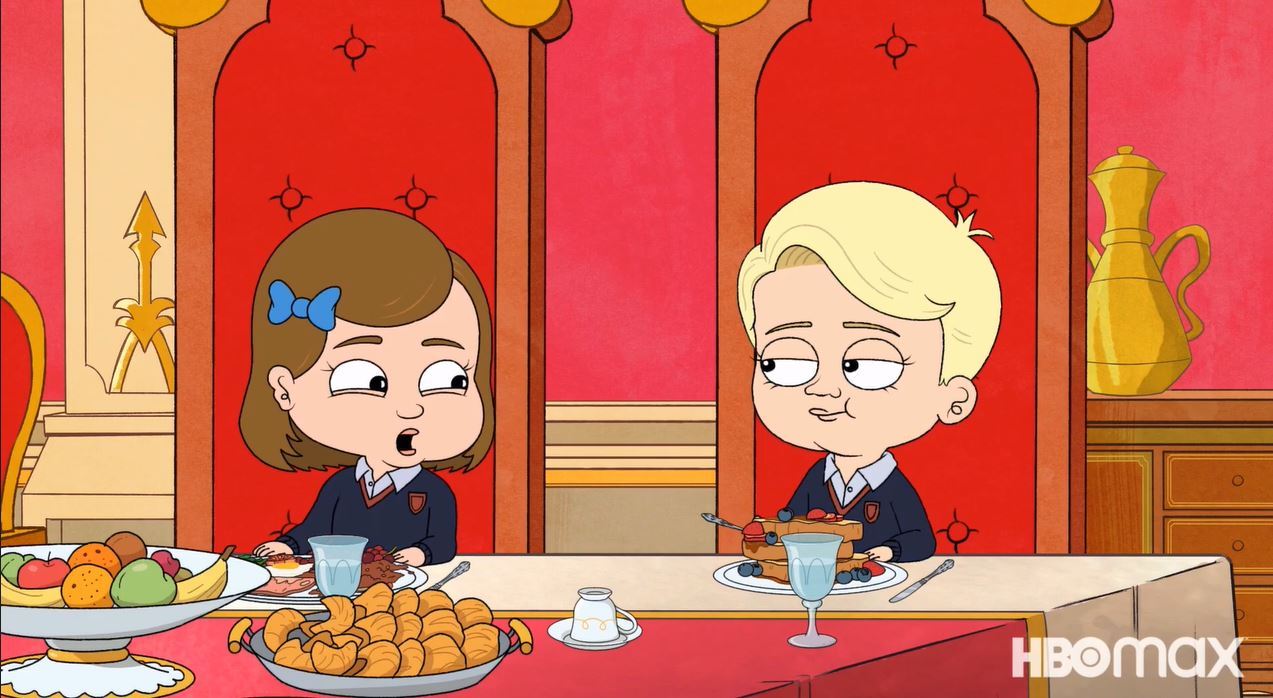 Prince George, voiced by Gary Janetti, is the protagonist in the show 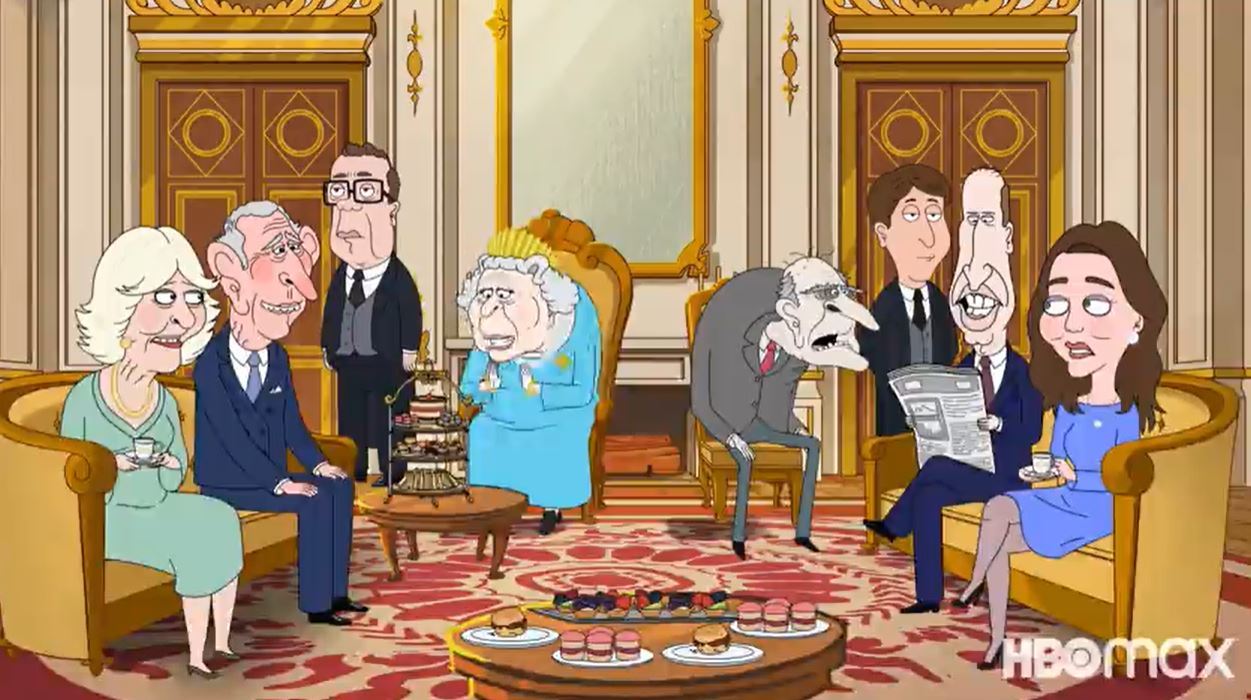 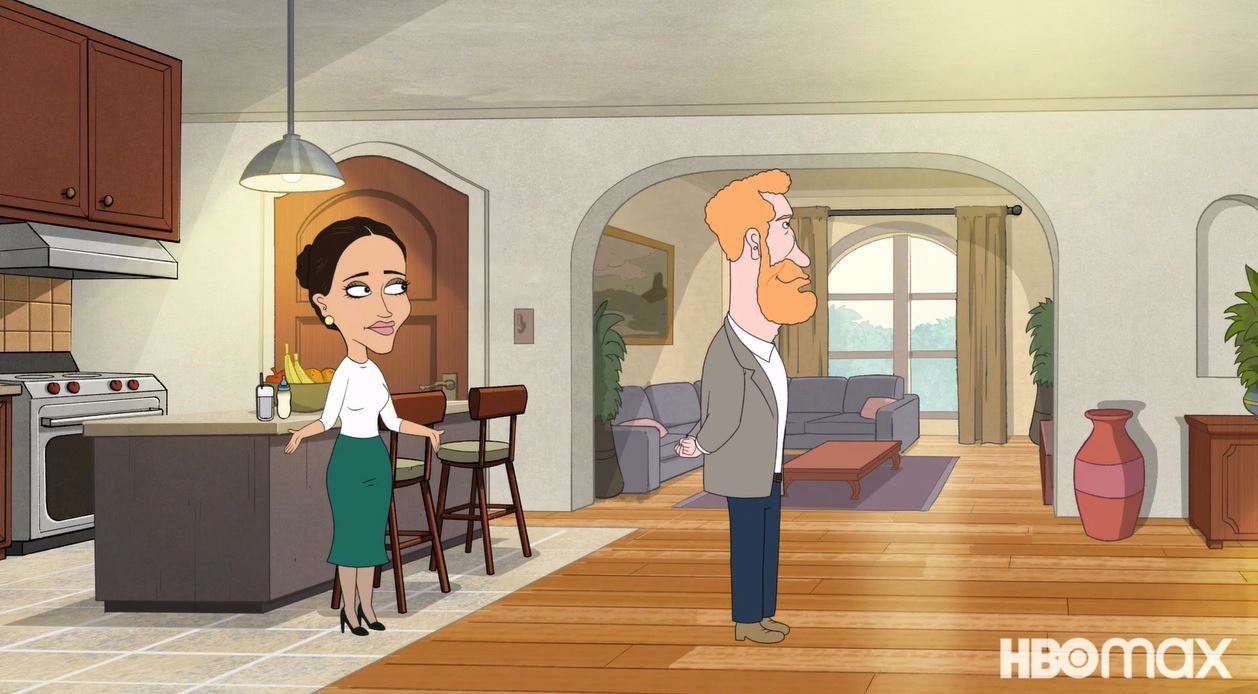