MEGHAN Markle has released a video in honour of her 40th birthday and her necklaces had a very poignant secret meaning.The Duchess of Sussex wore two ..

MEGHAN Markle has released a video in honour of her 40th birthday and her necklaces had a very poignant secret meaning.

The Duchess of Sussex wore two astrological necklaces from LA brand Logan Hollowell, which featured the star sign constellations of her two children, Archie and Lilibet. 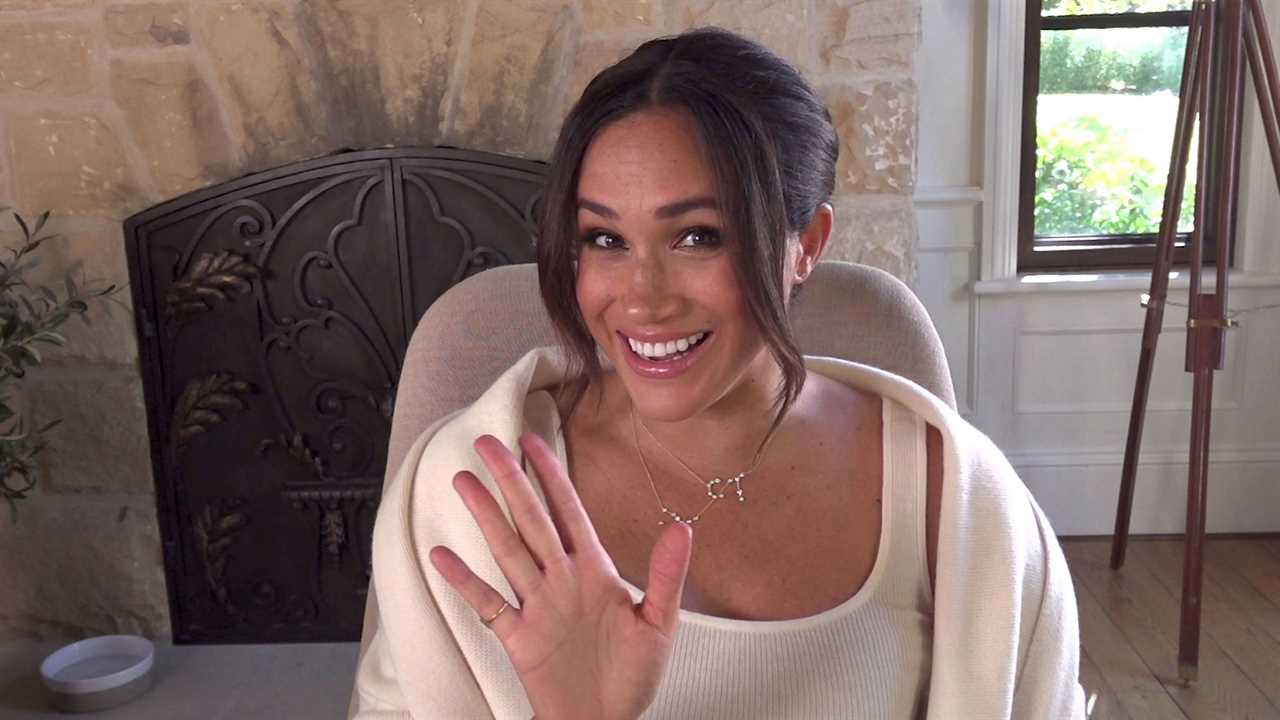 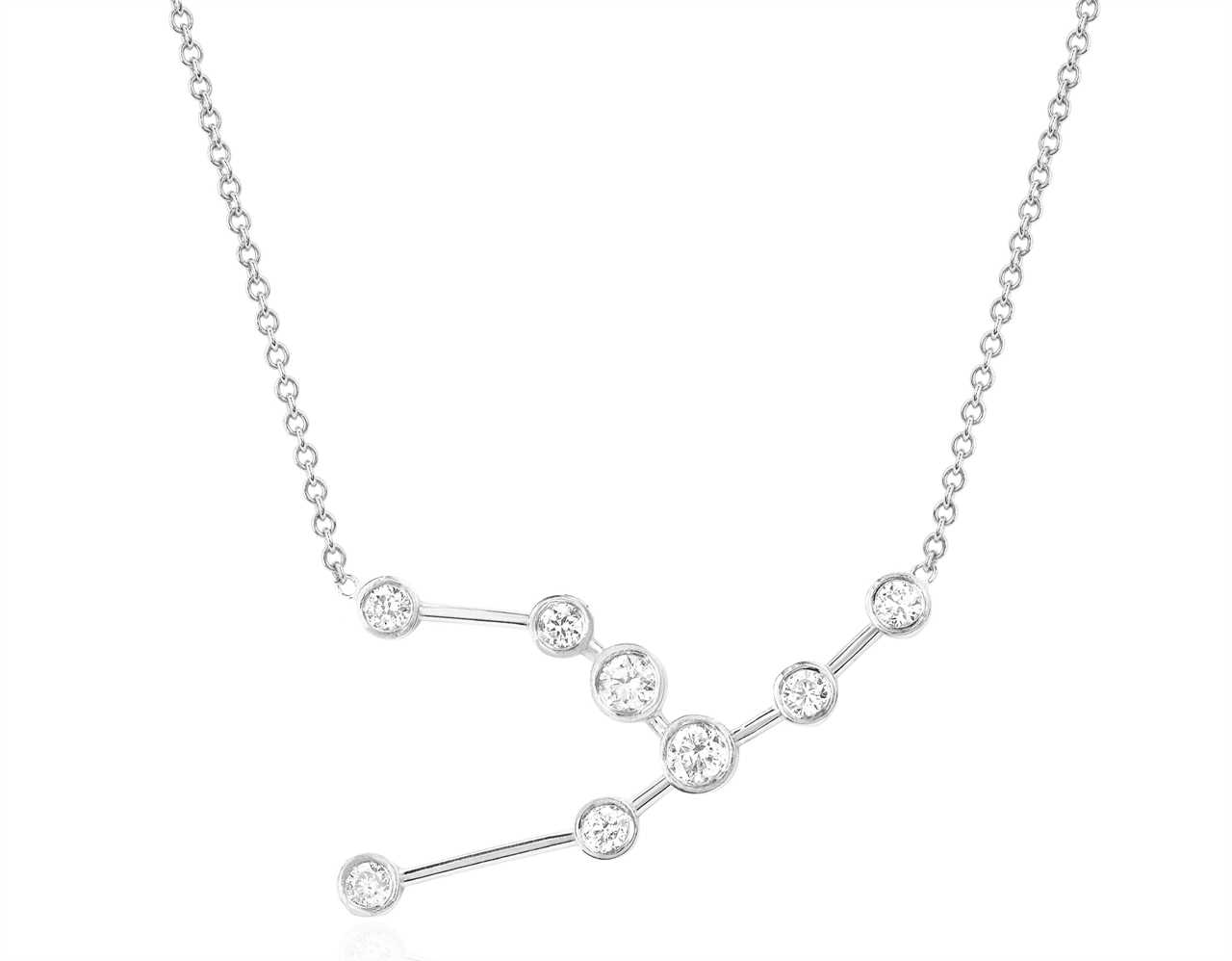 In honour of her two-year-old son Archie, Meghan wore a Taurus constellation necklace from Logan Hollowell 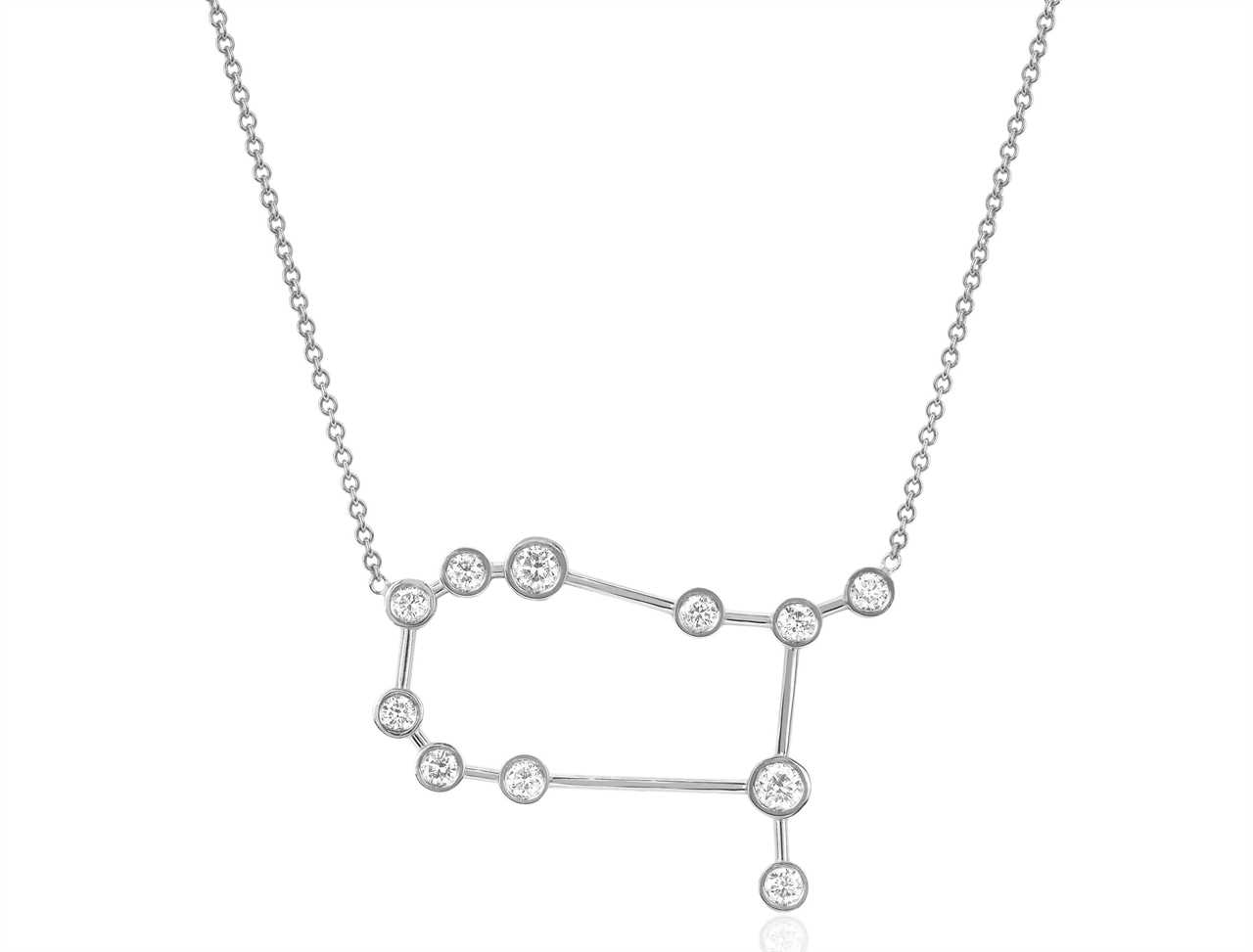 Lilibet was born on June 4 making her a Gemini, so Meghan wore her constellation necklace in the video

Meanwhile, Lilibet was born on June 4 this year, making her a Gemini, with her constellation necklace setting Meghan back £1,282, bringing the total of the two necklaces to £2,431.

Meghan released the glitzy video to mark her 40th birthday as she called on her Hollywood pals to join her mentorship programme.

The Duchess of Sussex joked with actress Melissa McCarthy in the two-minute clip in her first appearance since giving birth to daughter Lilibet two months ago.

During the clip, Meghan appears to have revealed the first photo of baby Lilibet in her 40th birthday video.

The Duchess of Sussex released a two-minute video in honour of her milestone celebrations – and eagle-eyed fans were quick to spot some sweet family photos on her desk.

Meghan has four framed photos on her desk, which appear to show little Archie, two, and baby Lilibet, who was born on June 4 this year.

The Duke and Duchess of Sussex are yet to officially share a photo of their newborn baby, and fans excitedly took to social media at the brief glimpse.

One person wrote: “I like to think that on the three photos joined the one in the middle is a photo of Harry holding Lili.”

The video gave a candid look into Meghan’s new life in LA, with the duchess seen wearing neutral colours as she chatted on a laptop with the famous actress – with a juggling Prince Harry even making a cameo.

The clip launched Meghan’s 40×40 initiative which sees the duchess ask A-listers including Adele and Stella McCartney to donate their time.

The video, believed to have been filmed in Meghan’s LA mansion, shows the former actress joke with Bridesmaids star Melissa about tattoos.

But the duchess also released a serious message to mark her milestone birthday, urging people to value their time in gushing statement.

The 40-year-old wants people around the world to “help women reentering the workforce”.

Meghan is celebrating her milestone day in the US – although exactly how has been kept under wraps. 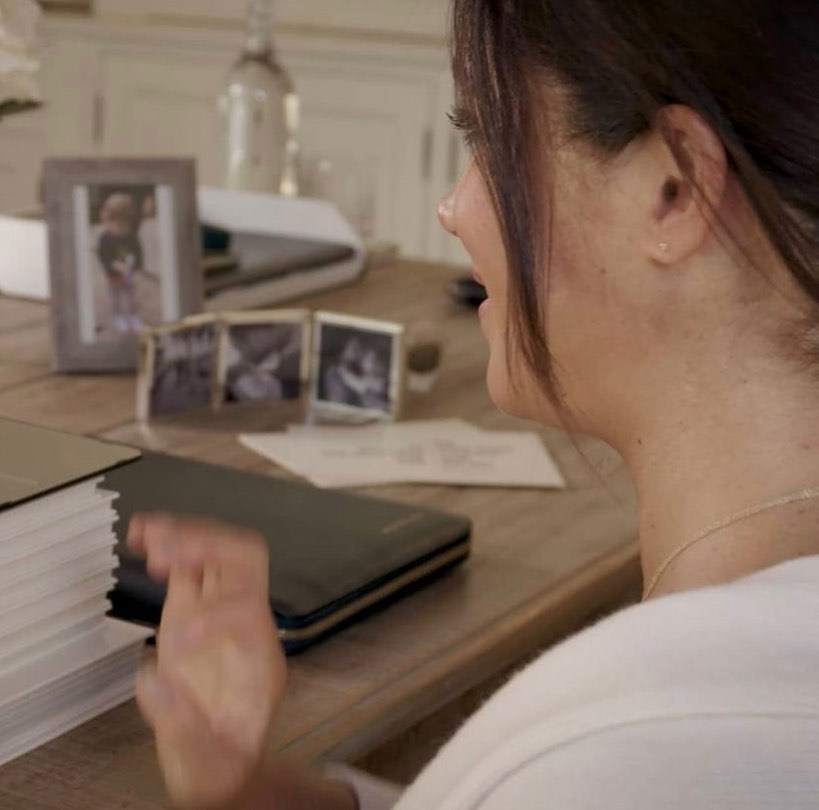 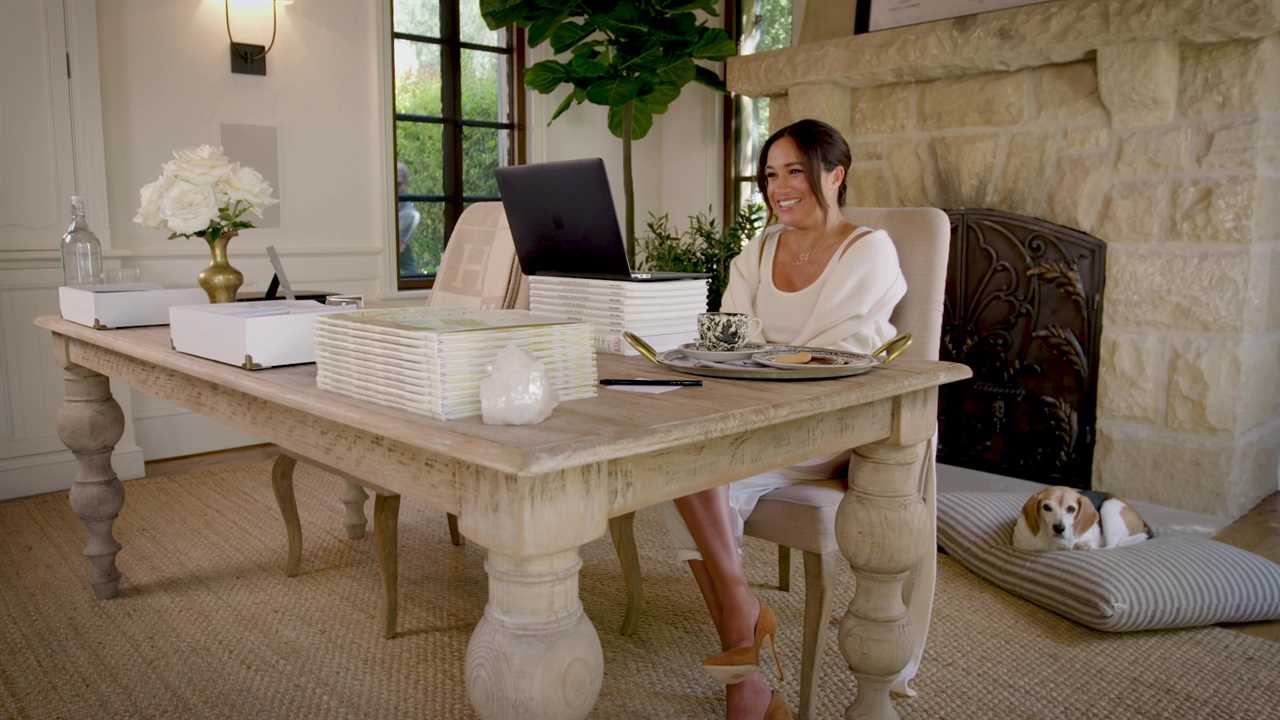 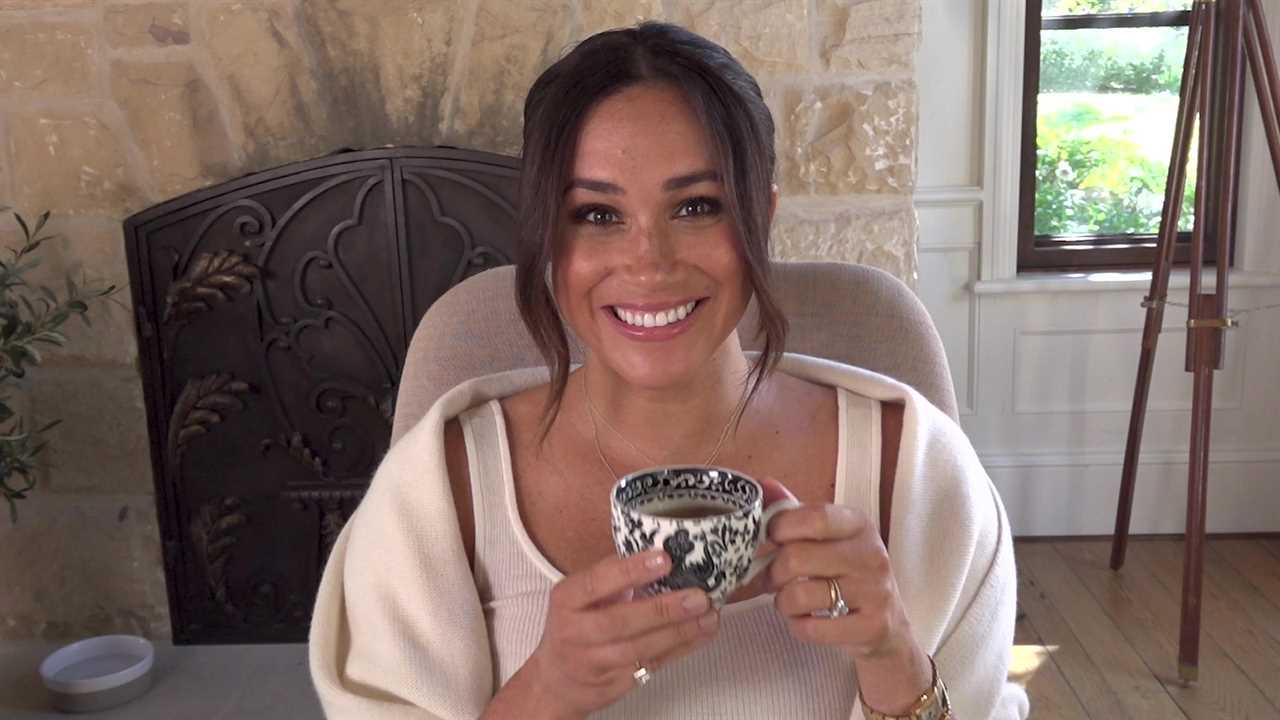 Meghan released the video on her milestone birthday 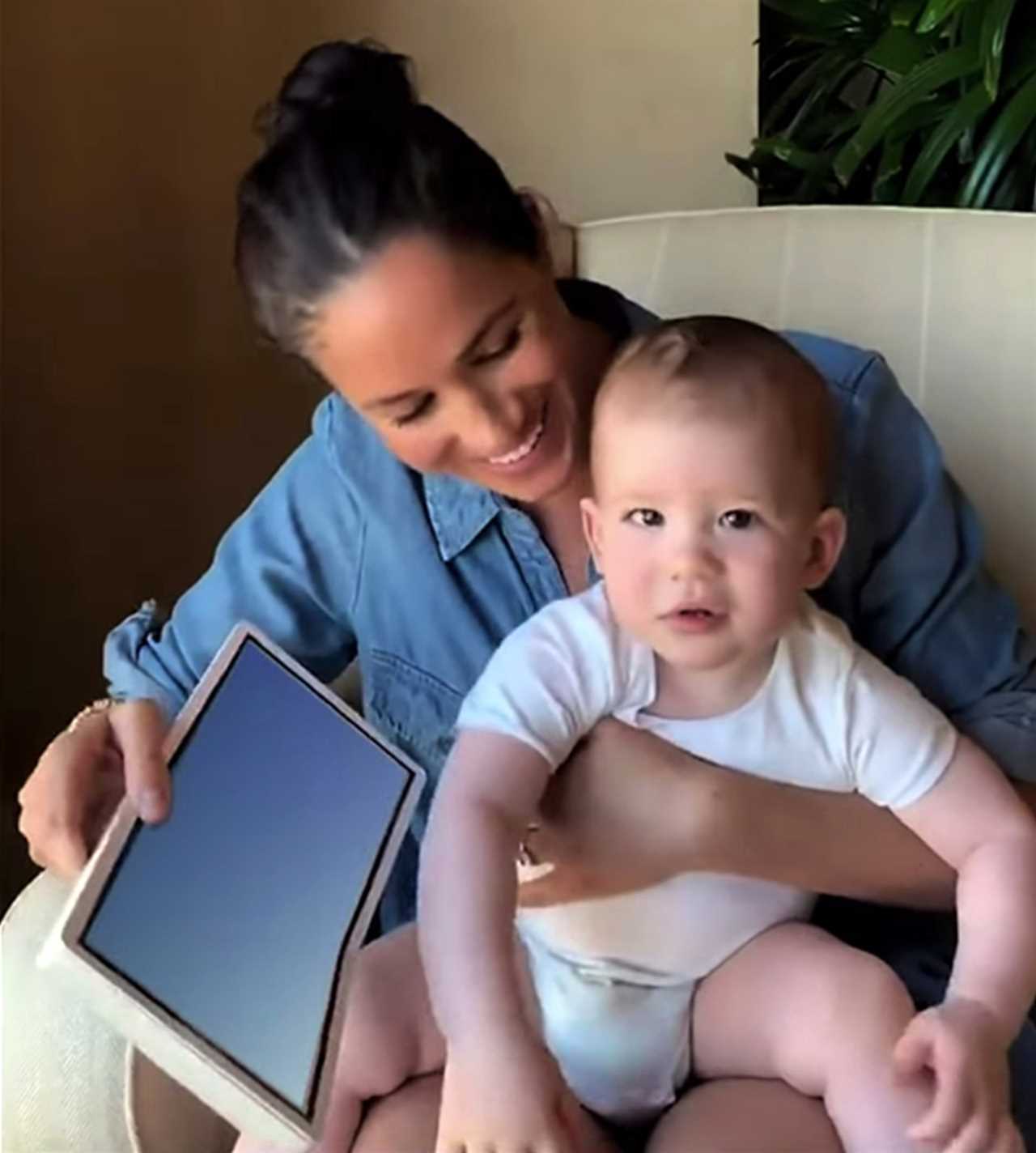 Little Archie turned two in May

We shared how Prince Harry was spotted JUGGLING in background of Meghan Markle’s birthday vid.

The duchess has previously made it clear her charity work began long before she met Harry.