PRINCE Harry and Meghan Markle made the decision to step down as senior royals in February, announcing that they would “work to become financially..

PRINCE Harry and Meghan Markle made the decision to step down as senior royals in February, announcing that they would “work to become financially independent.”

And while Harry may have received a £14.5 million advance for his memoir his publisher Penguin Random House announced that he is donating the proceeds to charity. 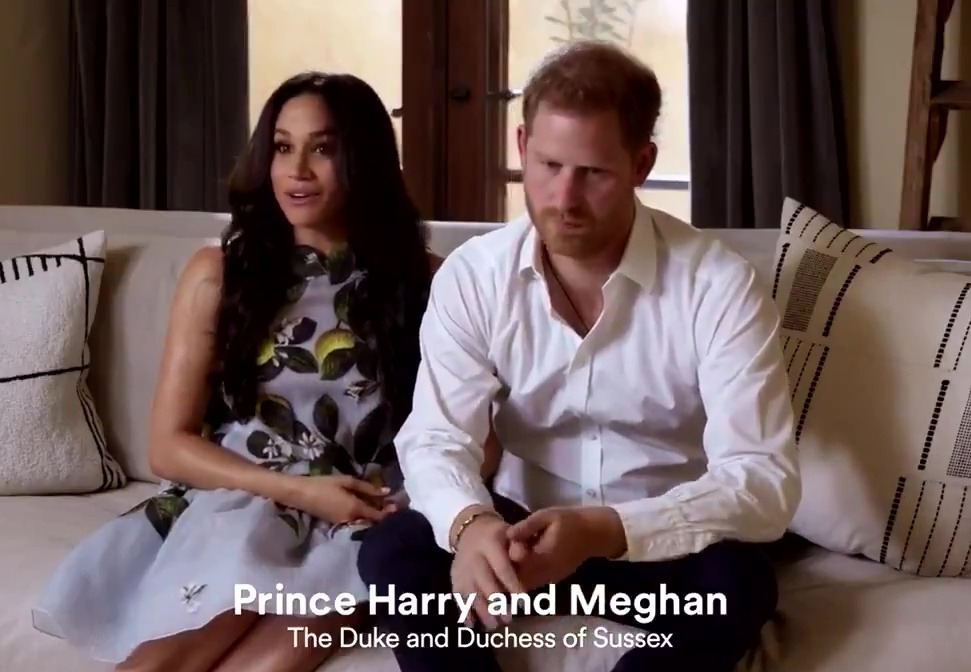 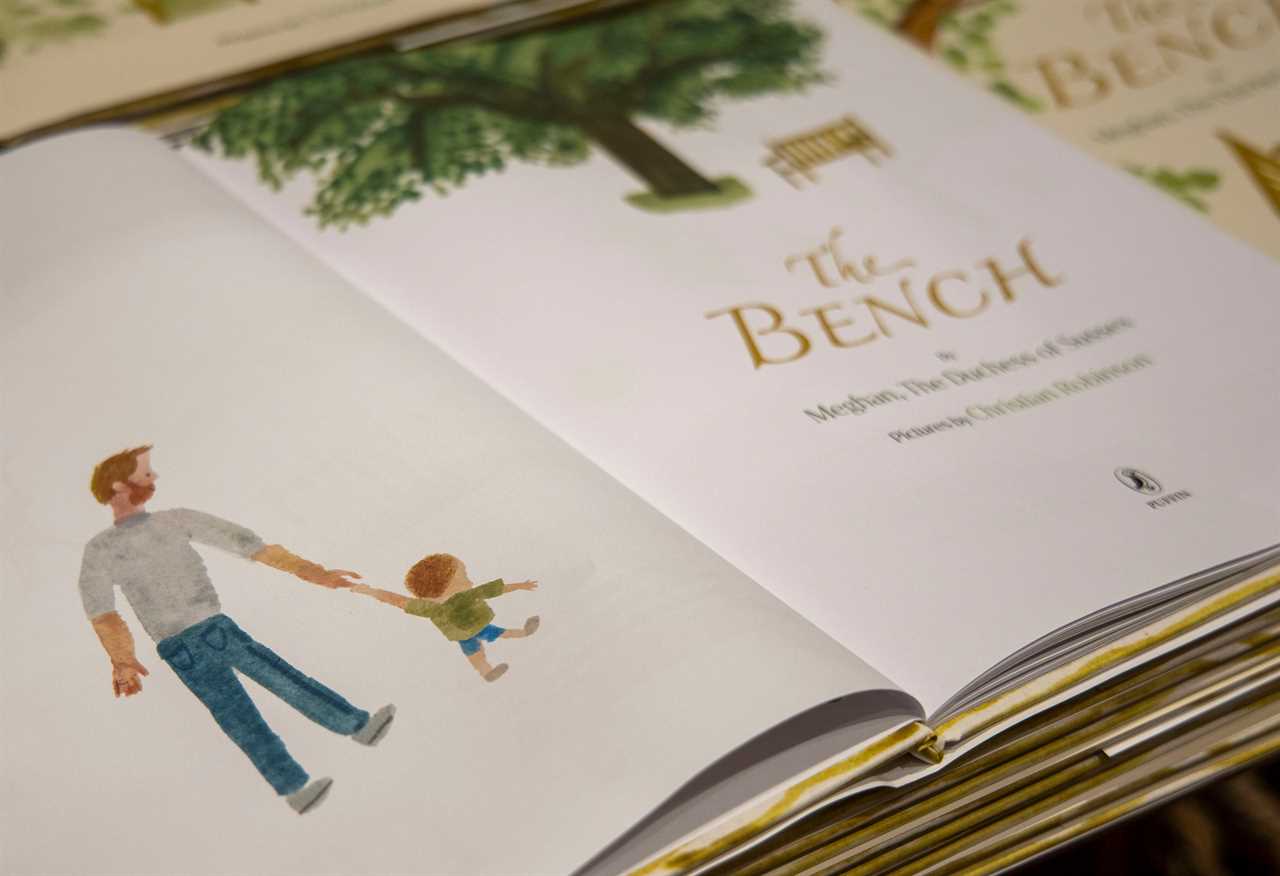 Meghan received a predicted £500,000 advance for her book The Bench 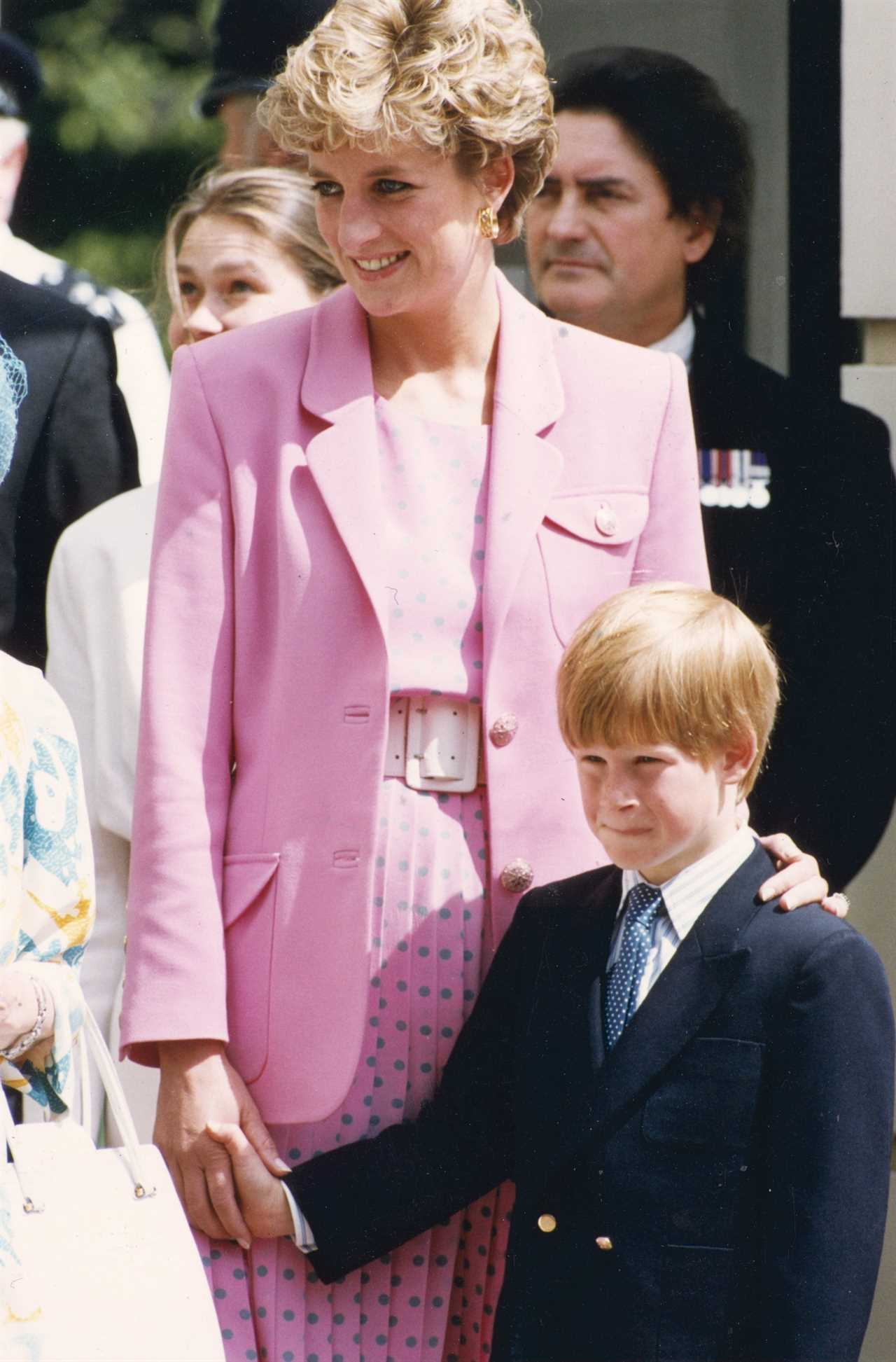 So where do the Duke and Duchess of Sussex get their money from – and how much are they worth?

Royal expert Angela Levin previously revealed she believed the Duchess could have been handed a handsome some for writing the kids’ book The Bench which retails £12.99.

“We don’t know yet whether Meghan got an advance but there are rumours that she was offered 500,000 advance,” the author of Harry said.

It remains unclear what Meghan would have used her advance for, but it has not been confirmed that she would donate the proceeds or keep them for herself.

Stepping back from the royal family has meant that Meghan and Harry have been able to put their names to some seriously lucrative deals.

In September 2020 it was revealed that the Sussexes had signed a rumoured £112 million production deal with Netflix.

Harry and Meghan, who have an £11million mansion in Montecito, US, signed a multi-year deal to produce podcasts for Archewell that promote “diverse and inspiring voices”.

It is understood they were not paid their full £18million fee up front.

The entire value will only be honoured if obligations are met — including regular content.

In March Harry was named “Chief Impact Officer” at San Francisco-based BetterUp Inc — his first job since quitting as a working royal.

In his new role with BetterUp, the Duke of Sussex will champion the importance of maximizing human potential worldwide, according to chief executive Robichaux.

Valuing itself at £1.2billion, BetterUp secured £217million from venture capitalists.

Mr Robichaux declined to reveal Harry’s salary, but similar roles at other Silicon Valley firms can command seven figures, with Harry’s reported to be £2 million, according to the Mirror.

The Duke of Sussex told Oprah Winfrey he and Meghan relied on the money he inherited from his mother, Princess Diana to move to the US.

In the two-hour televised interview he said he was now living off money left to him by his late mother after being “cut off financially” early last year when he and Meghan moved to the US.

Harry told Oprah: “I’ve got what my mum left me and without that we wouldn’t have been able to do this.

“It’s like she saw it coming and she’s been with us through this whole process.”

Although he did not reveal the sum during the chat, it is understood Harry was left about £6.5million ($9million) when his mother died 23 years ago.

This increased to around £10million ($13.9million) on his 30th birthday after the original amount was invested and gathered interest.

Harry was given a “substantial” sum from the bank of dad after Megxit — despite his claims he was “cut off financially” it was revealed last month.

Charles’s annual report, released by Clarence House last night, shows he gave the Sussexes and Cambridges a share of £4.45million.

The cash is listed as for “funding the activities” of Harry, Meghan, William and Kate, and is typically split between the brothers.

He pocketed a £35,000-a-year Army wage for ten years. And he was bankrolled by at least £2.3million from Charles every year.

Before she married Harry, Meghan was one of the stars of the popular legal drama Suits where she played Rachel Zane.

She recorded more than 100 episodes of the Netflix legal drama.

According to the Mirror, Meghan was worth a whopping £5 million in net value thanks to her various TV and film credits.

Her brief cameo in Robert Pattinson movie Remember Me scooped her £138,000. 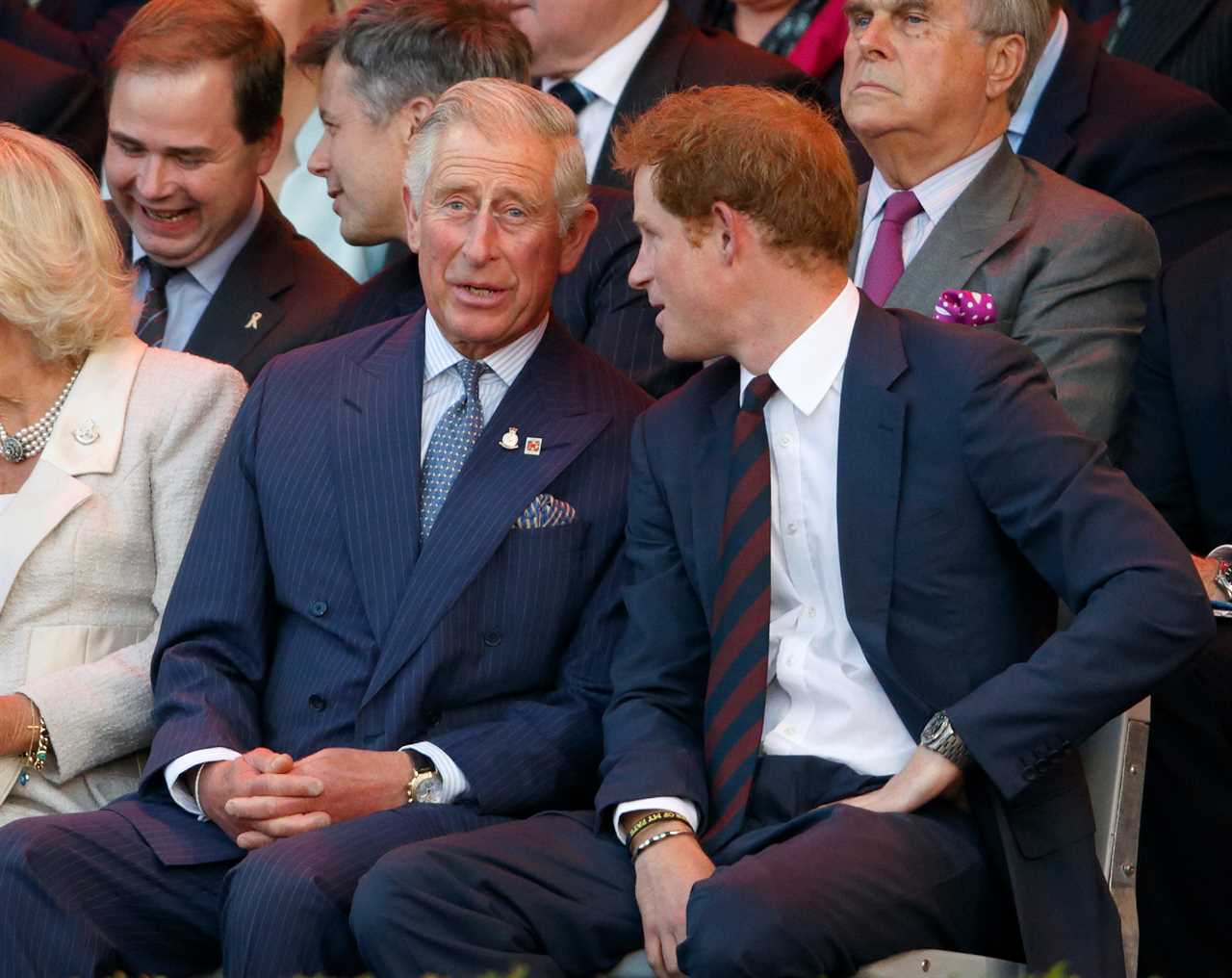 And Charles is thought to have given the Cambridges and the Sussexes a shared of £4.5 million 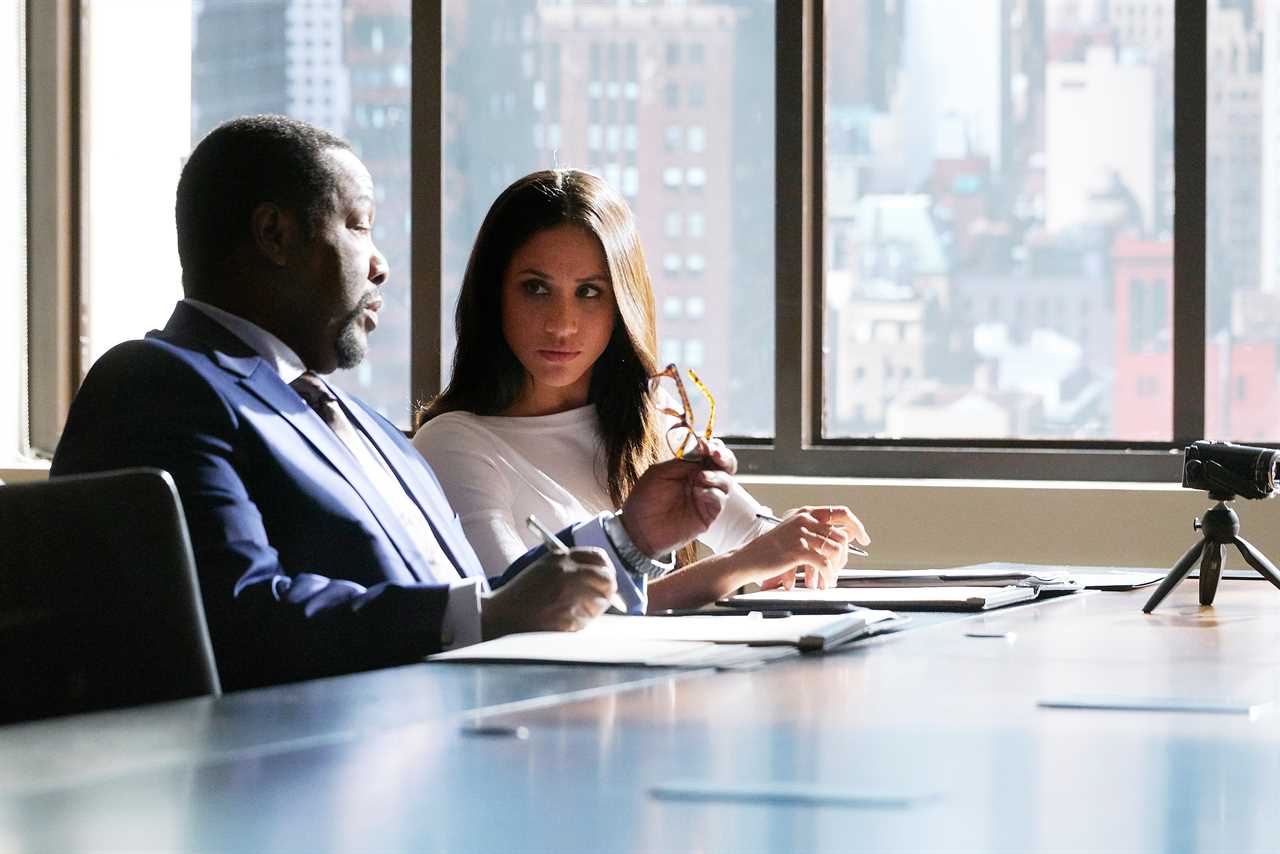 And Meghan’s time on Suits reportedly earned her £37,000 an episode

In other royal news, we shared how Prince Charles was ‘surprised’ by Harry’s explosive tell-all memoir as Palace officials had no idea about book.

And palace ‘should be afraid’ of Prince Harry’s memoir – as insider reveals book news met with ‘big sighs’.

Plus these are the top five things unlikely to be in Prince Harry’s memoir.