THIS is the touching moment Kate Middleton crouched down to shake hands with kids at the unveiling of a new monument.The heart-warming snap of the..

THIS is the touching moment Kate Middleton crouched down to shake hands with kids at the unveiling of a new monument.

The heart-warming snap of the Duchess of Cambridge comes as she and hubby Prince William visit the new Windrush Monument at Waterloo station. 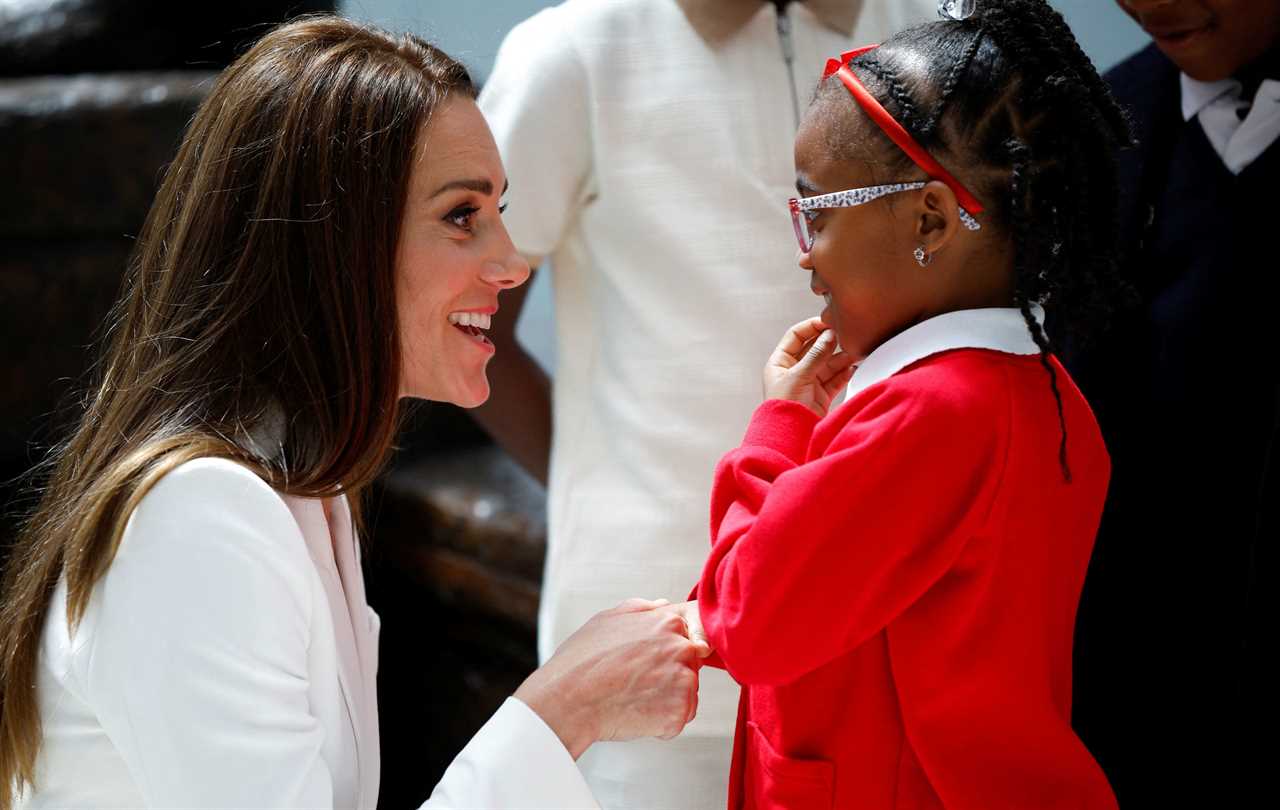 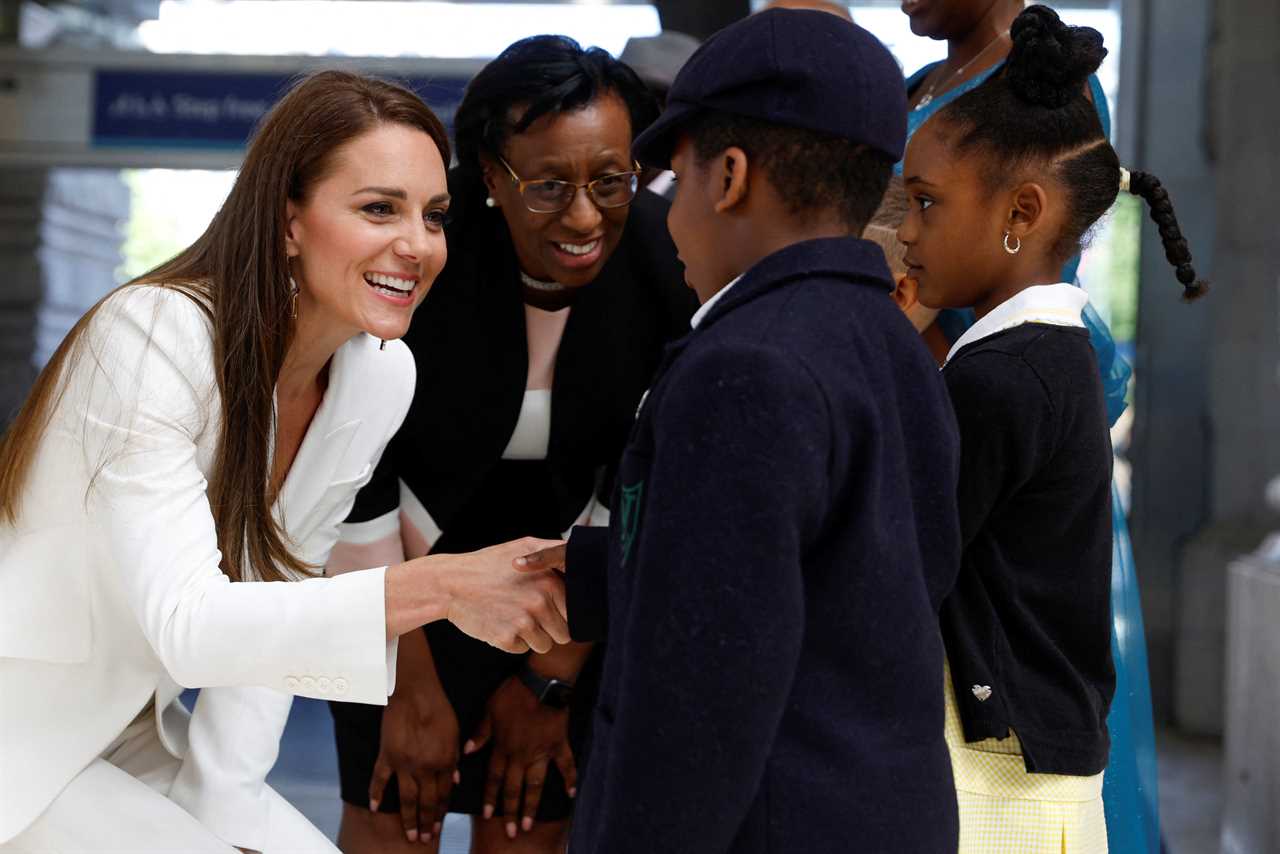 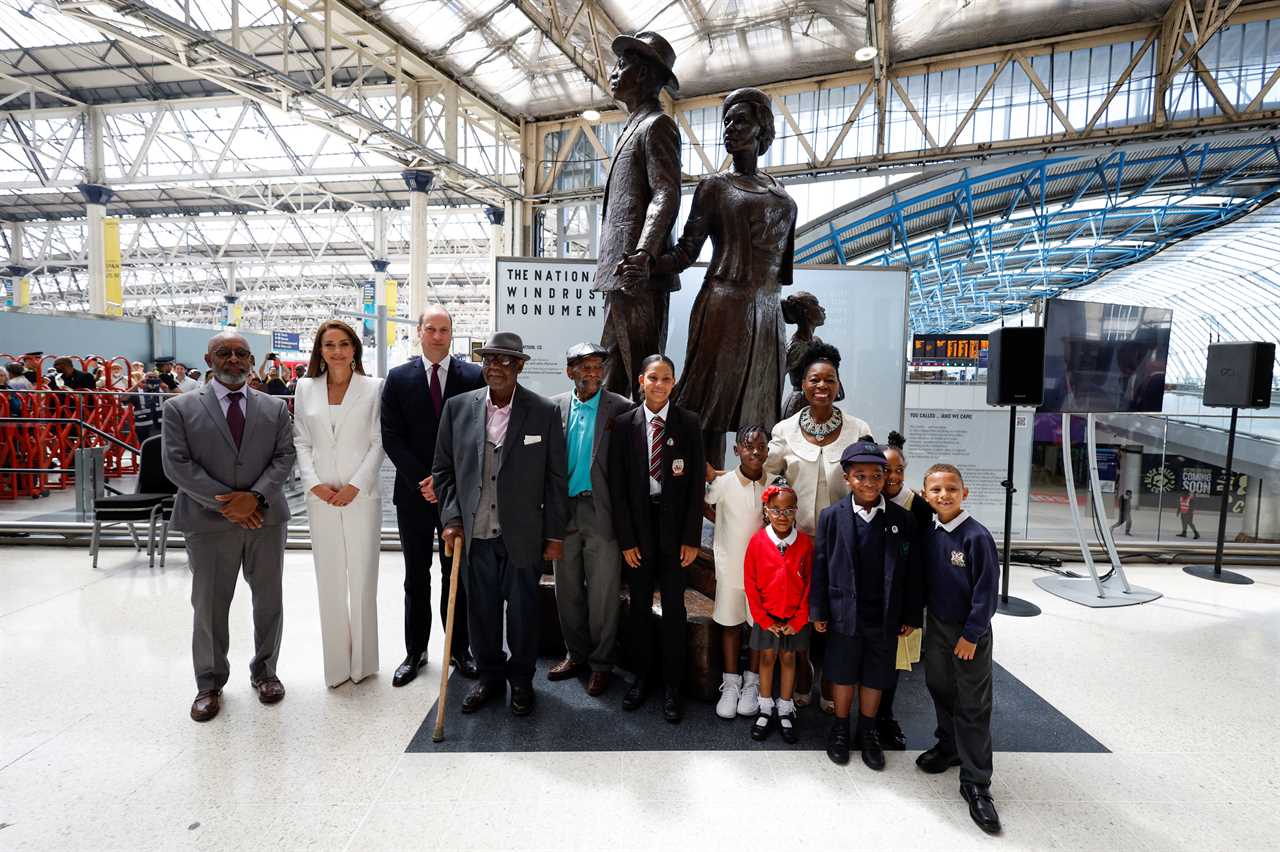 Flawless Kate, dazzling in a white trouser suit by Alexander McQueen, stretches out her hand to a little girl in uniform who in turn grips her tightly.

Beaming Kate smiles as she shares a few special words with the child as the sun lights up the pair on the platform.

She wore the same £1,370 blazer during the Royal tour to Jamaica in March.

The Duchess can also be seen shaking the hand of a little lad as the mum-of-three shoots a warm smile. 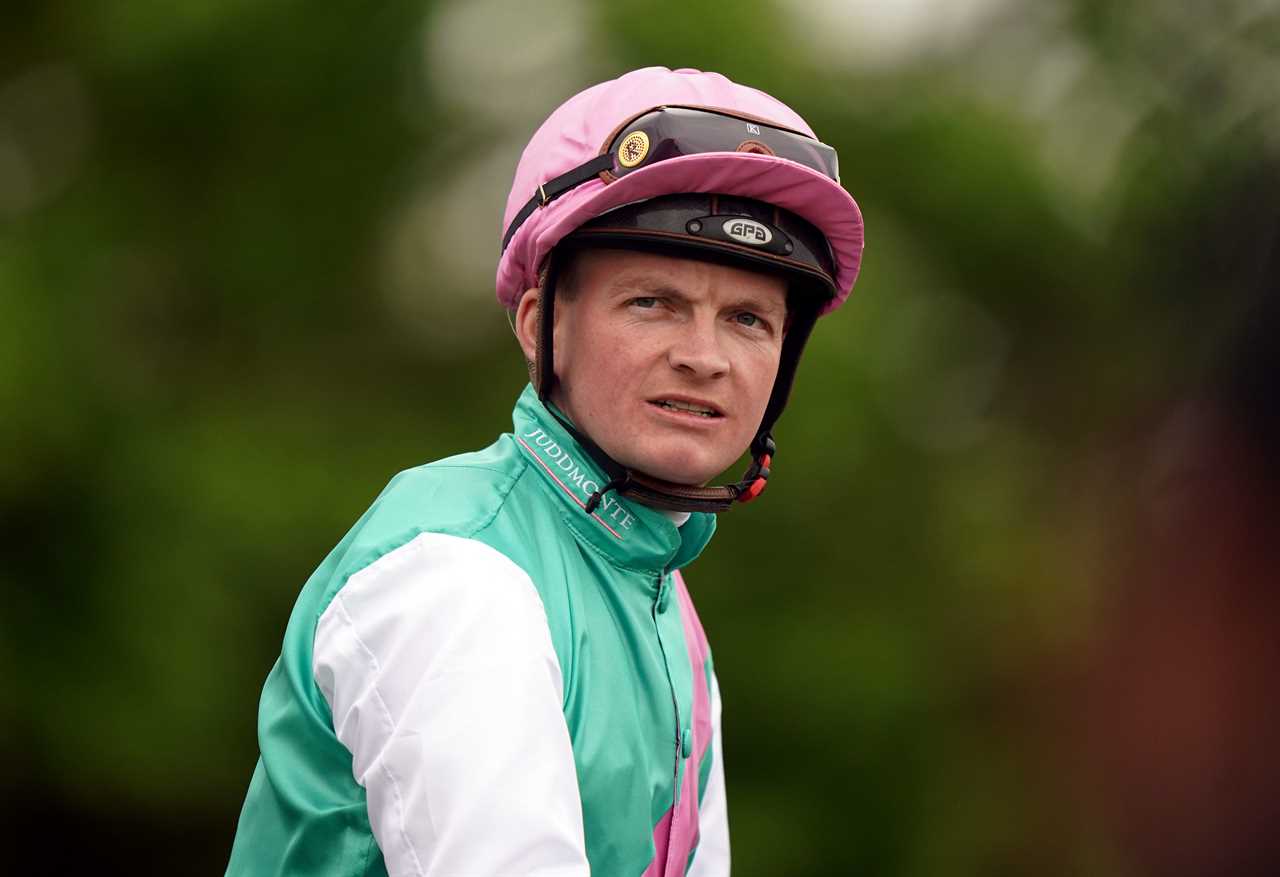 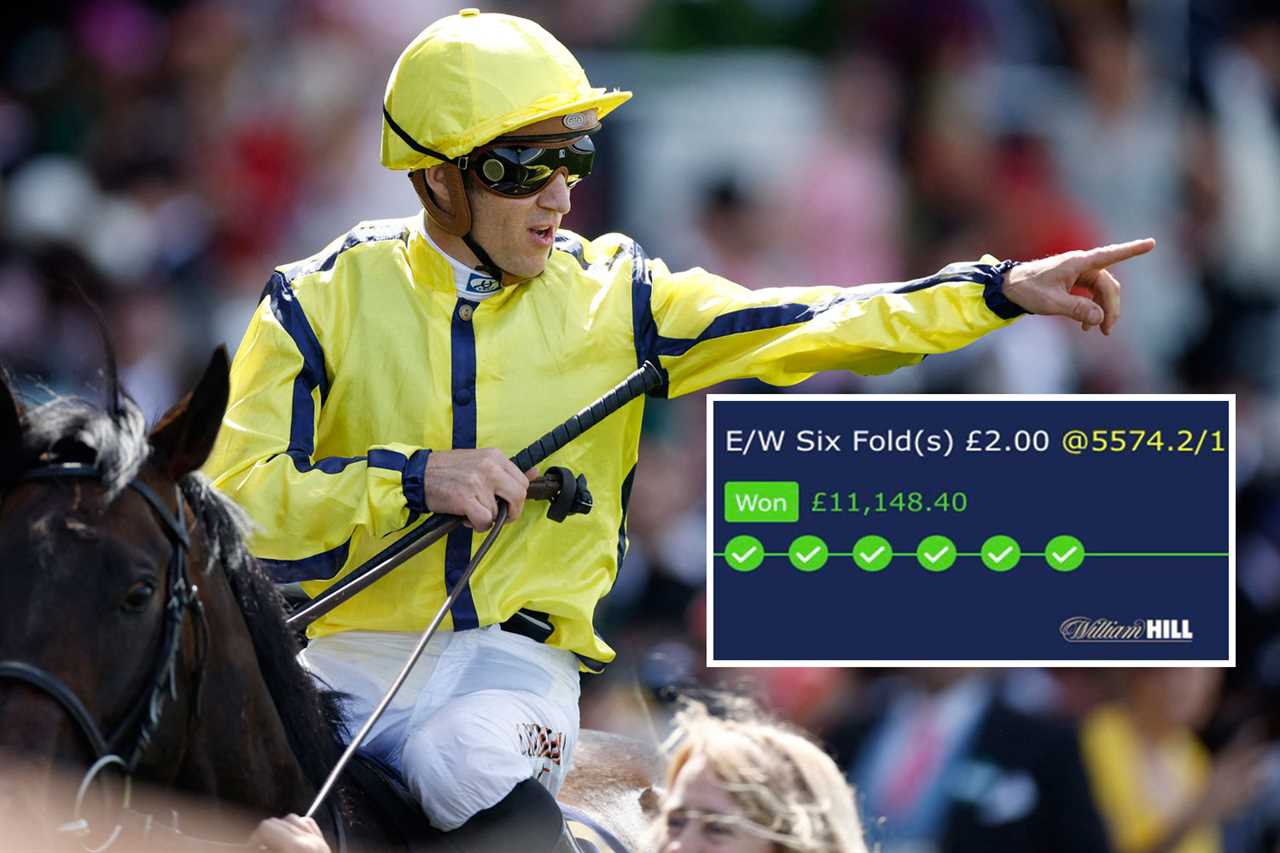 I put a free bet on six Royal Ascot horses and walked away £11,000 richer

William and Kate met and chatted with pioneers of the Windrush Generation and their families at the monument.

The monument has been put up at to celebrate the dreams and courage of the Windrush generation as Britain celebrates Windrush Day.

It shows a man, woman and child in their Sunday best standing on top of suitcases.

Waterloo station was chosen because thousands of people who arrived from the Caribbean passed through the station on their way to start their new lives across the country, the Government said.

The monument was designed by the Jamaican artist and sculptor Basil Watson, who said it had been an honour to create the monument.

Mr Watson, whose parents were from the Windrush Generation, added: “This monument tells that story of hope, determination, a strong belief in selves and a vison for the future.”

The Government, who provided £1 million in funding for the project, said it “symbolises the courage, commitment and resilience of the thousands of men, women and children who travelled to the UK to start new lives from 1948 to 1971”.

It also acknowledges the Windrush generation’s “outstanding contribution” to British society and is intended to be “a permanent place of reflection”, it added.

The unveiling is one of dozens of events and activities across England to celebrate Windrush Day 2022.

Next year marks 75 years since the arrival of HMT Empire Windrush at Tilbury docks in 1948, bringing 500 passengers from the Caribbean.

Polling commissioned by the Windrush 75 network to the special day suggests that 64 percent of the public thinks kids should be taught about Windrush. 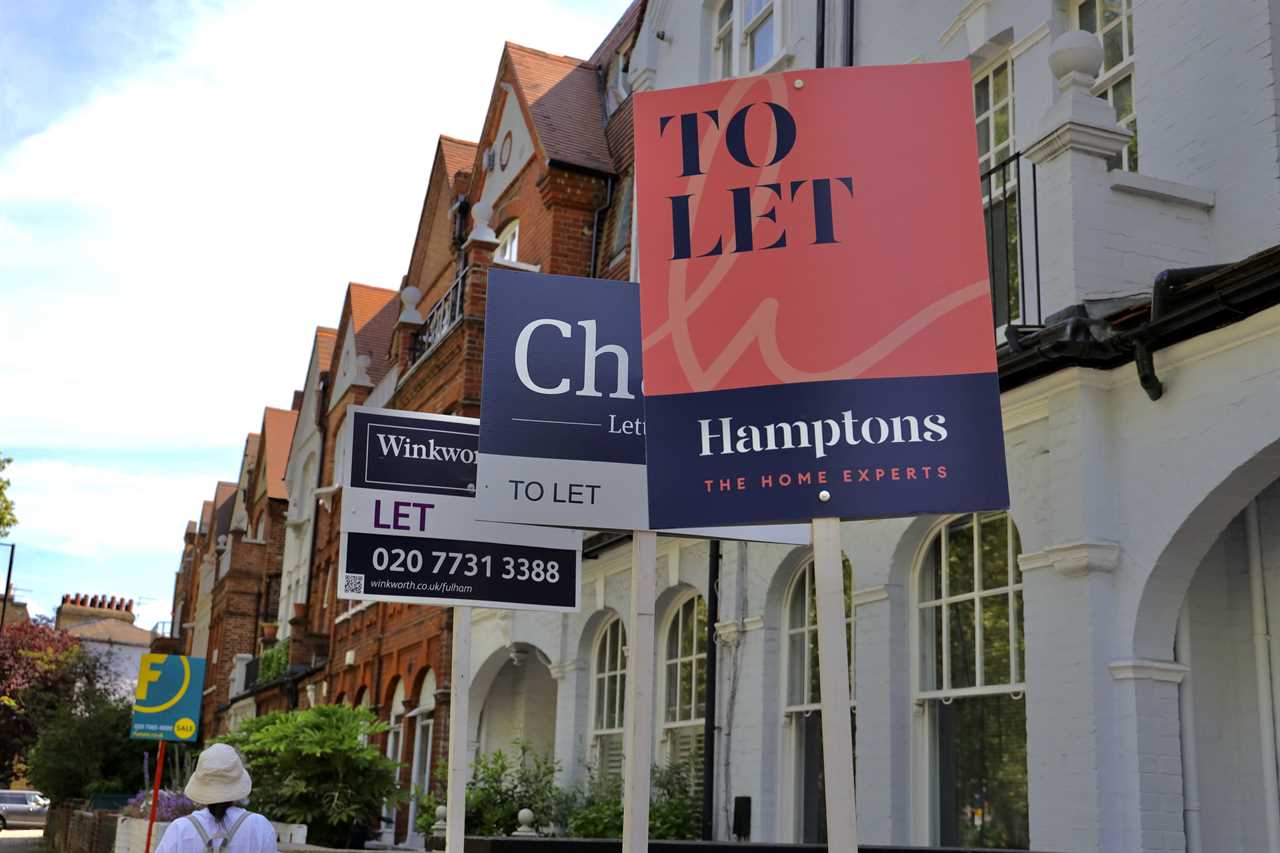 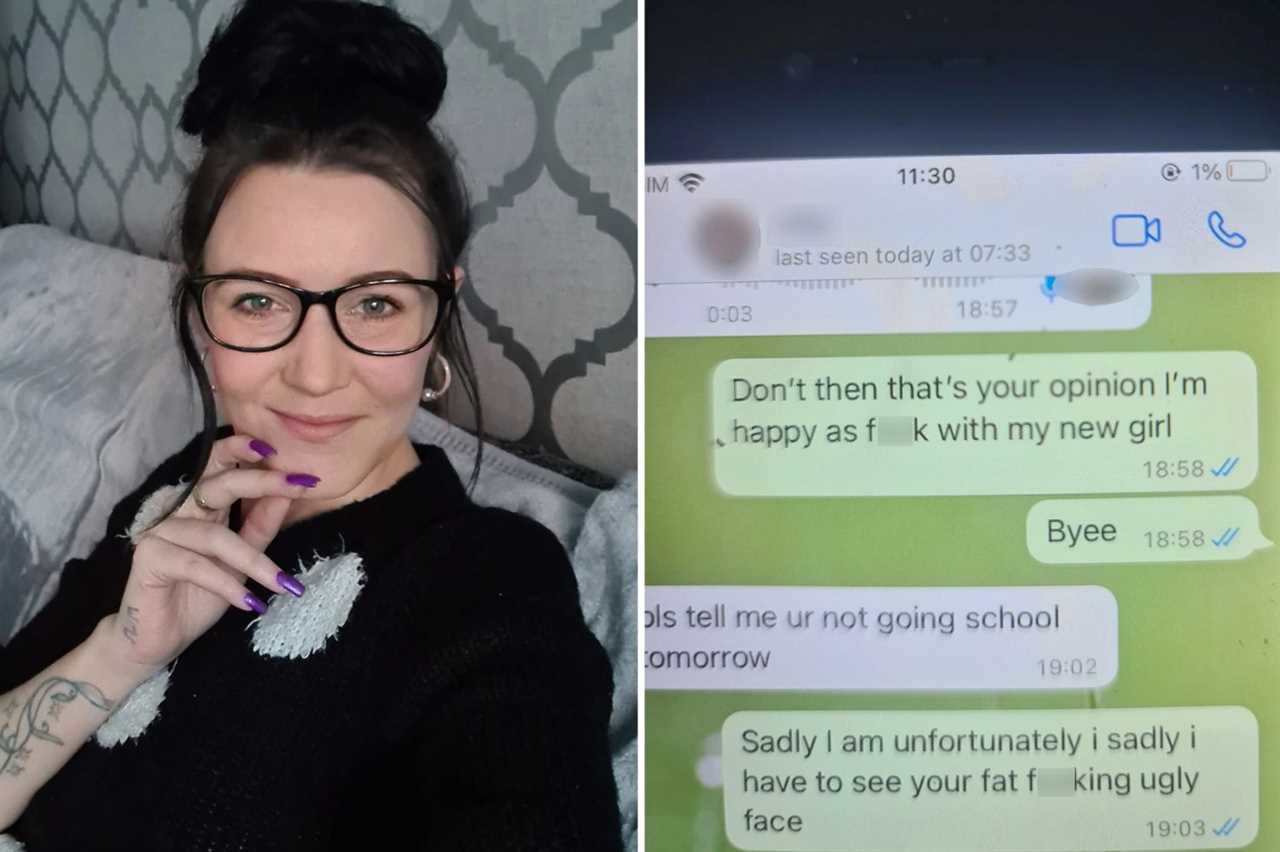 Only 9 percent of people disagreed, according to the survey of 2,006 British adults by Focaldata between February 28 and March 7.

Almost half (49 percent) of those surveyed said they are familiar with the story of the Windrush, while 46 percent said they would like to know more about it. 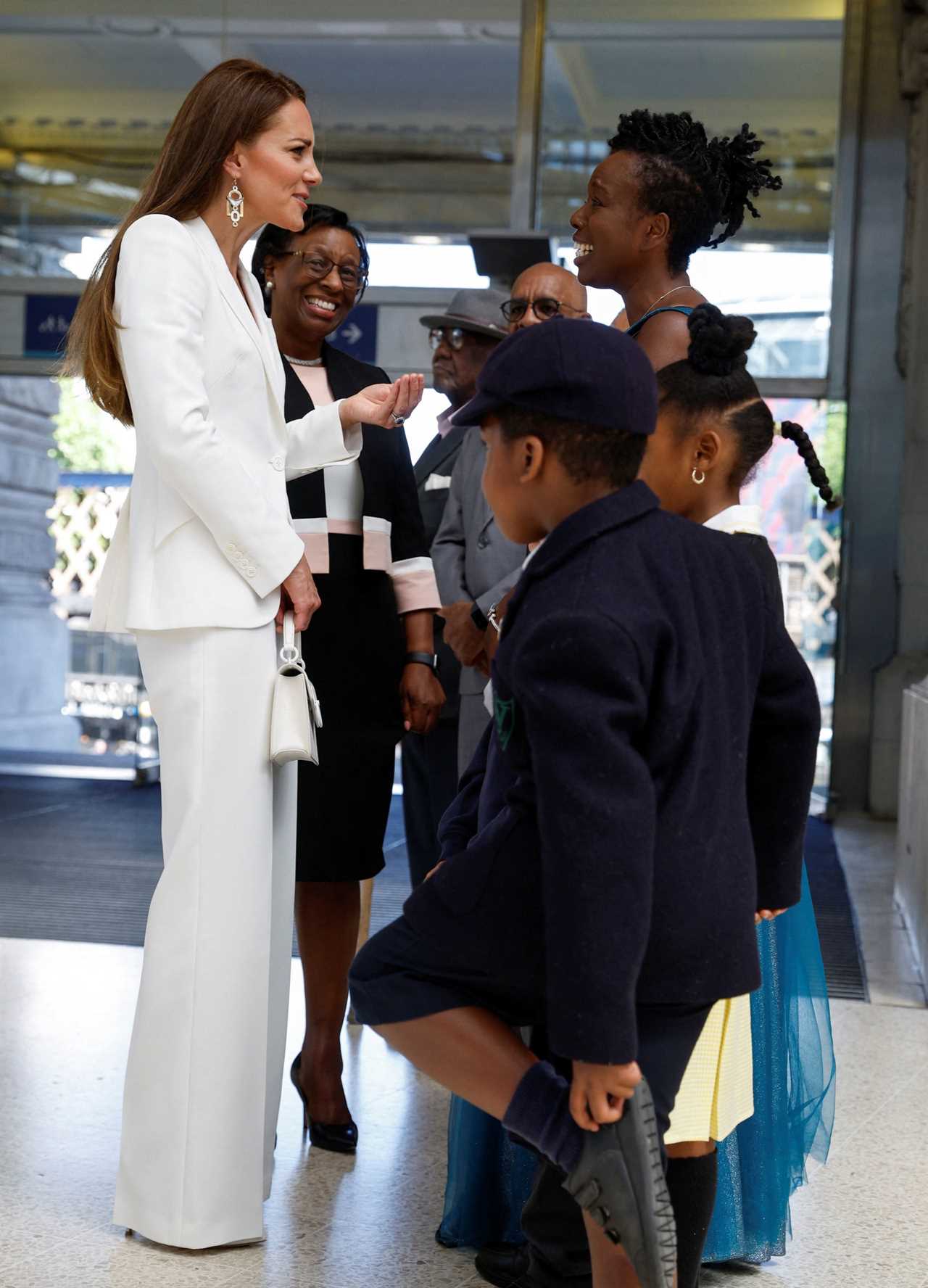 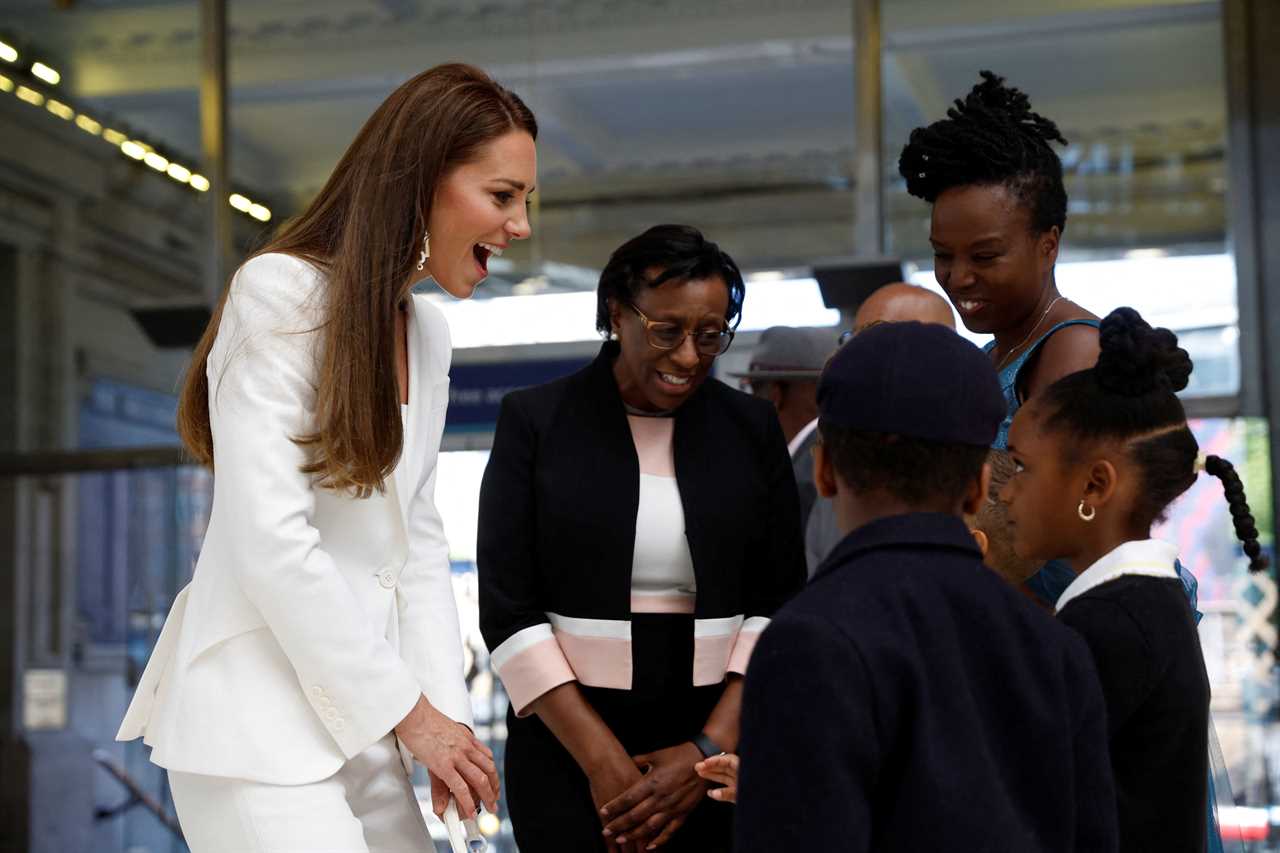 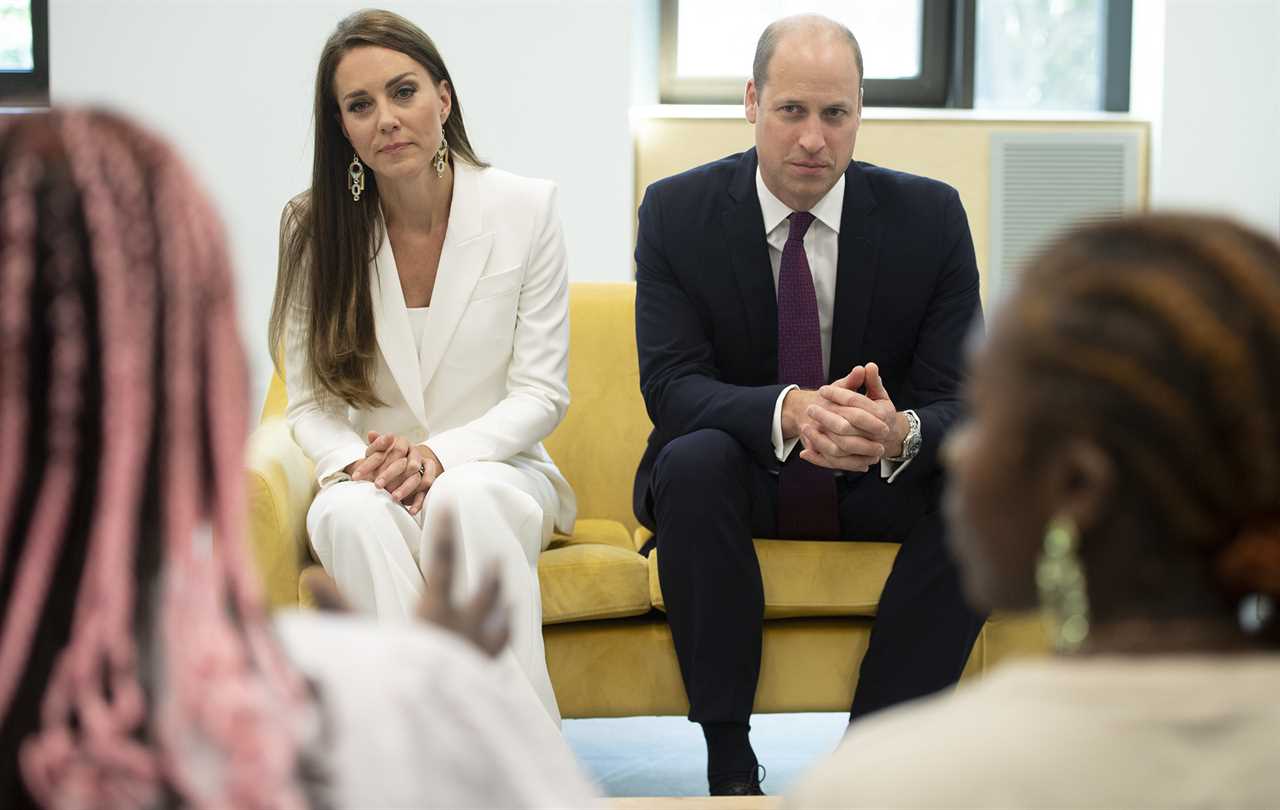 Kate and William attend the unveiling of the monument on Windrush Day
Did you miss our previous article...
https://thecelebreport.com/royalty/gloria-hunniford-rushed-to-hospital-after-horrific-fall-that-broke-her-eye-socket-as-she-returns-to-loose-women
princewilliamduchessofcambridgeshakehands