THIS is the touching moment James, Viscount Severn is comforted by his uncle Mike Tindall as they attend the funeral for Queen Elizabeth II.Viscount..

THIS is the touching moment James, Viscount Severn is comforted by his uncle Mike Tindall as they attend the funeral for Queen Elizabeth II.

Viscount Severn, 14, is the youngest child of Sophie, Countess of Wessex and Prince Edward. 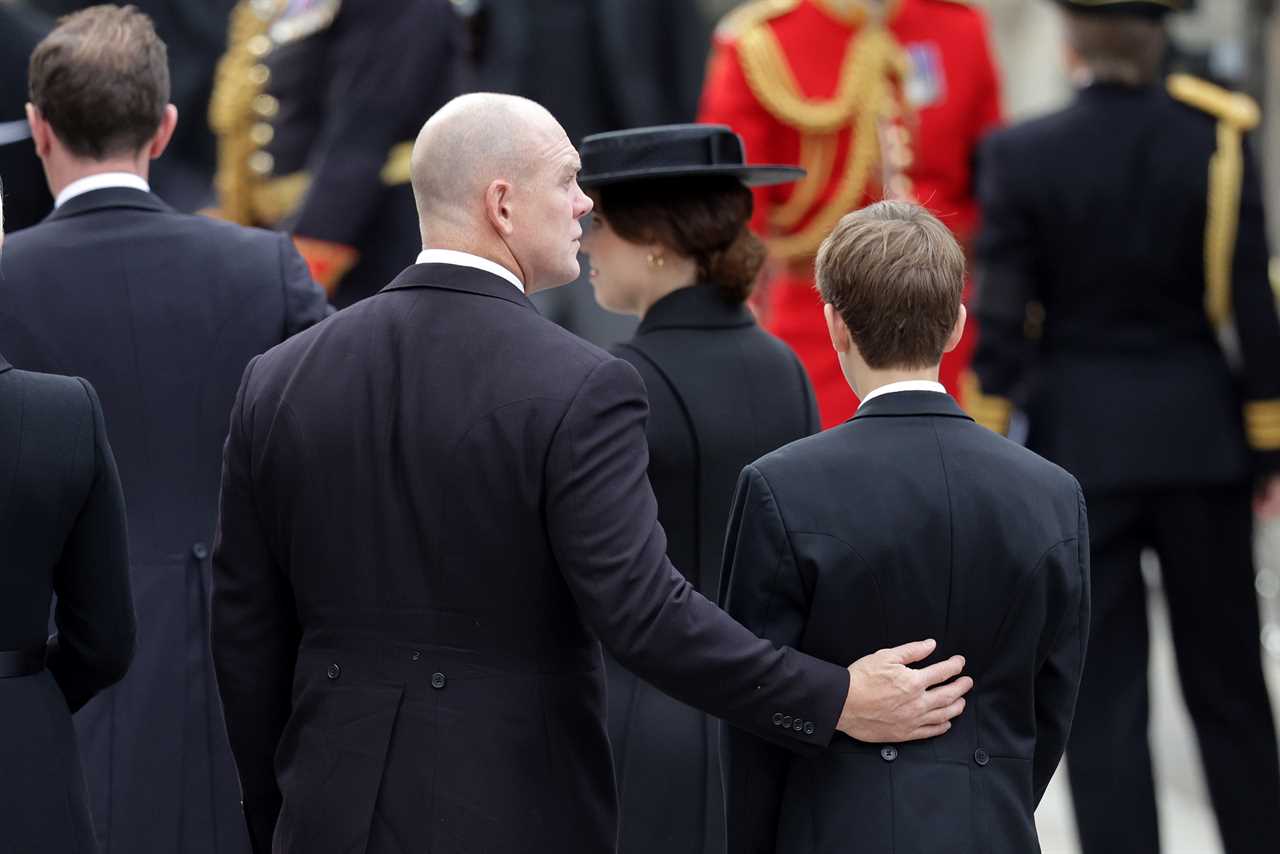 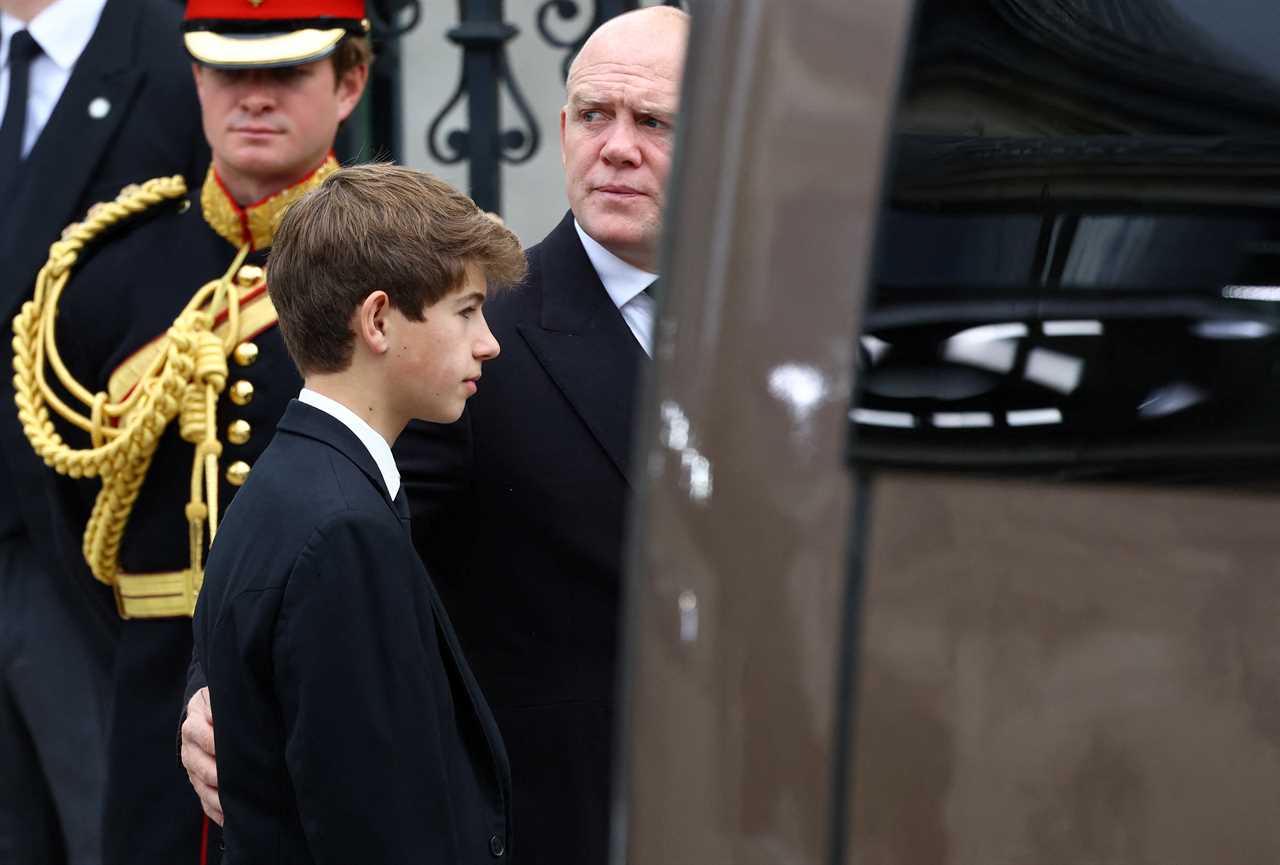 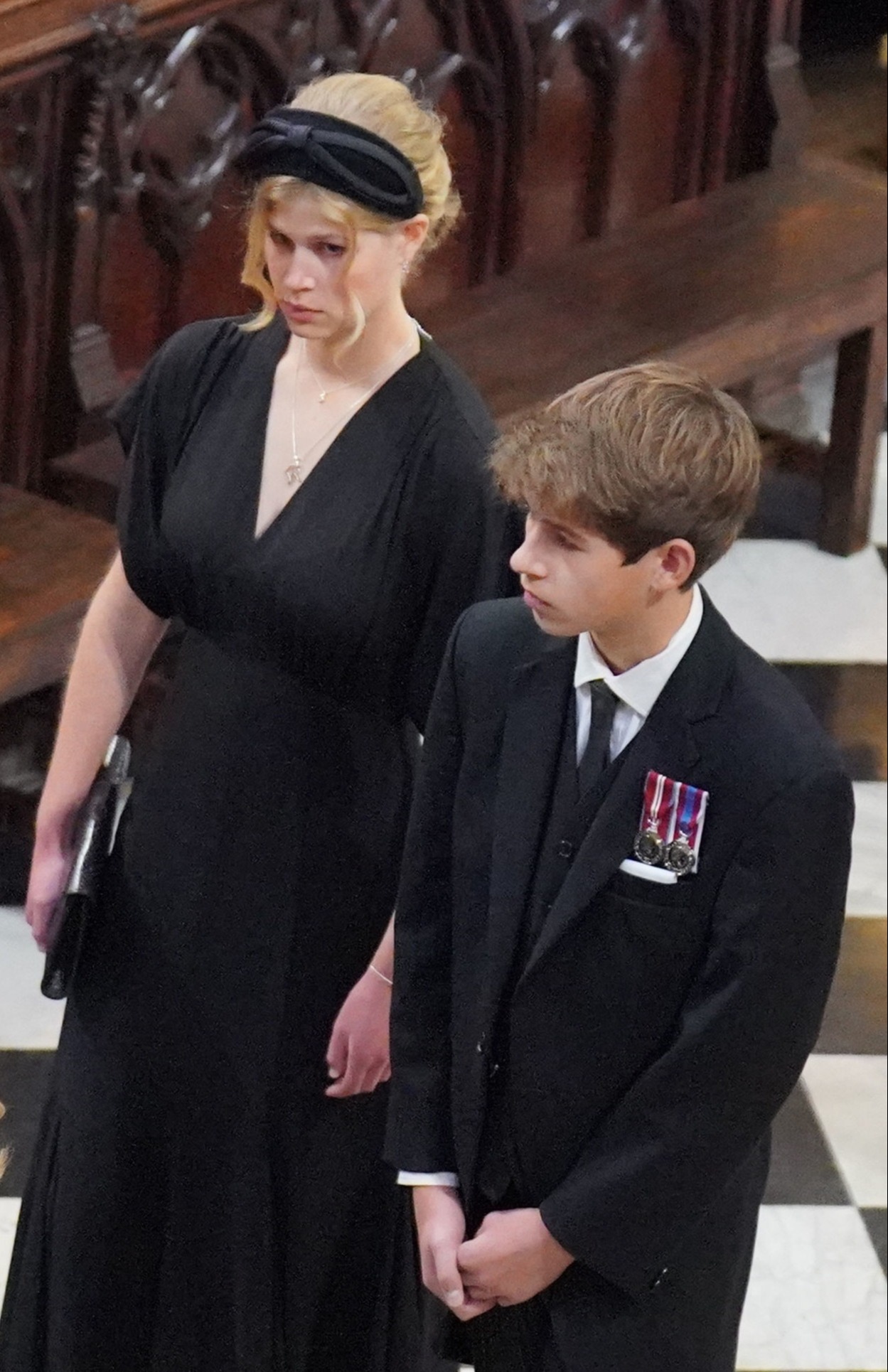 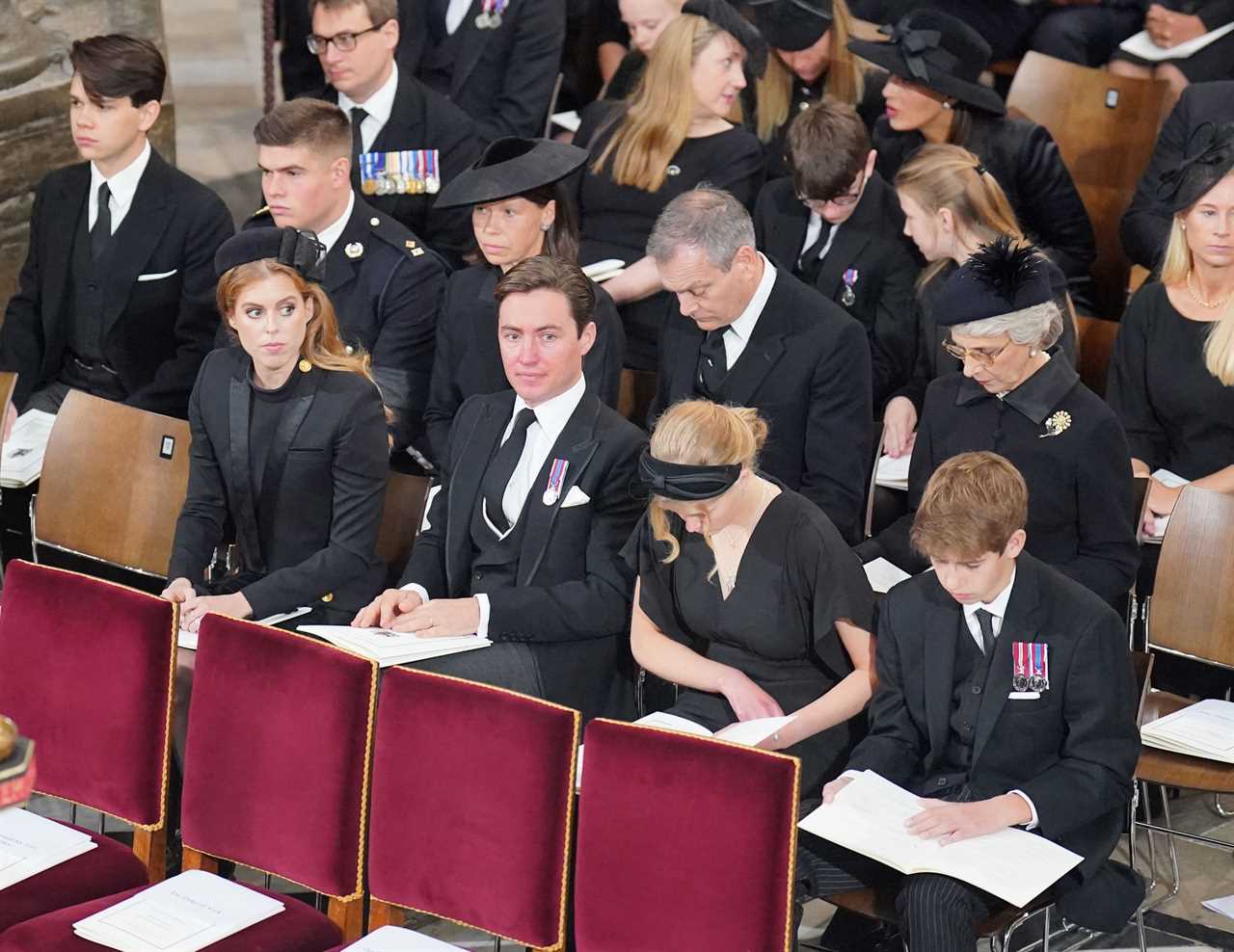 James, right, was sat next to his sister for the state funeral 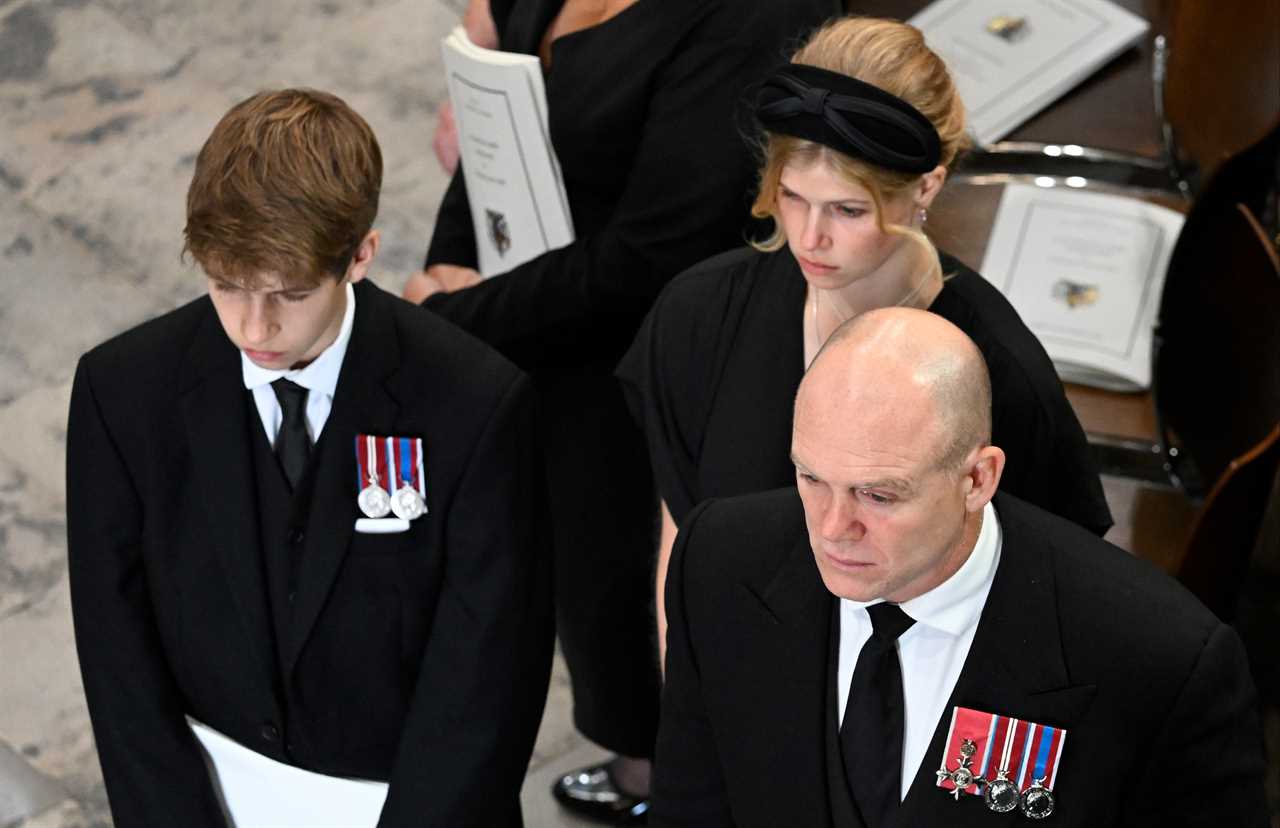 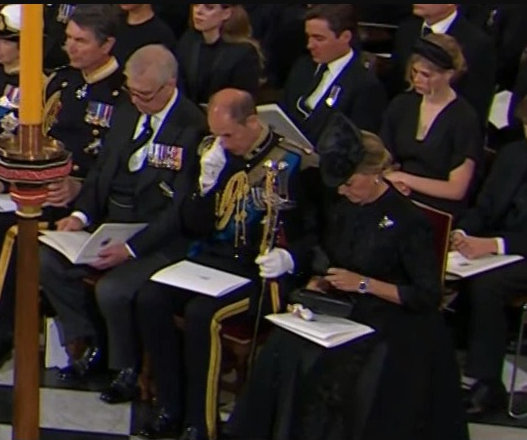 Prince Edward wipes away the tears during the service 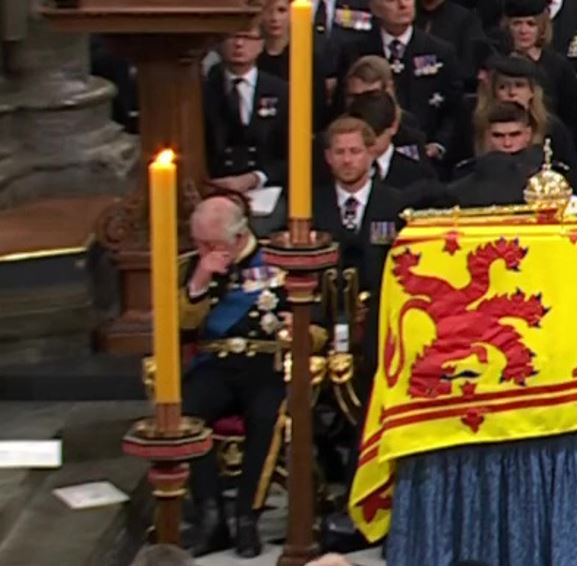 King Charles also wiped away a tear in the service

He was seen next to his sister as they made their way into Westminster Abbey to honour their grandmother, Queen Elizabeth, for her state funeral after she died at Balmoral aged 96.

Entering for the service he was comforted by Mike Tindall.

The former rugby player was seen placing his hand behind James’ back to comfort the 14 year old ahead of the service.

Royal fans had praised the teenager having stood guard at the Queen’s vigil in Westminster Hall. 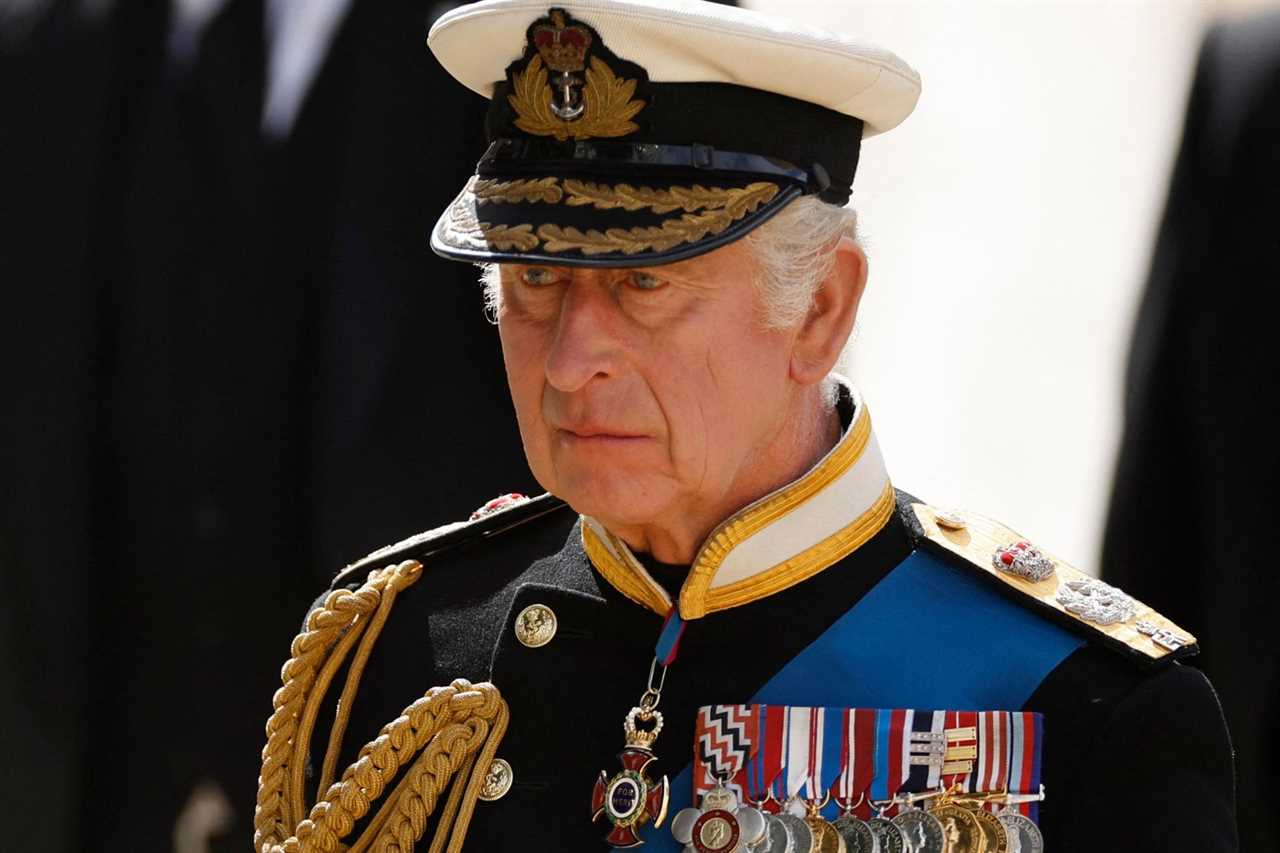 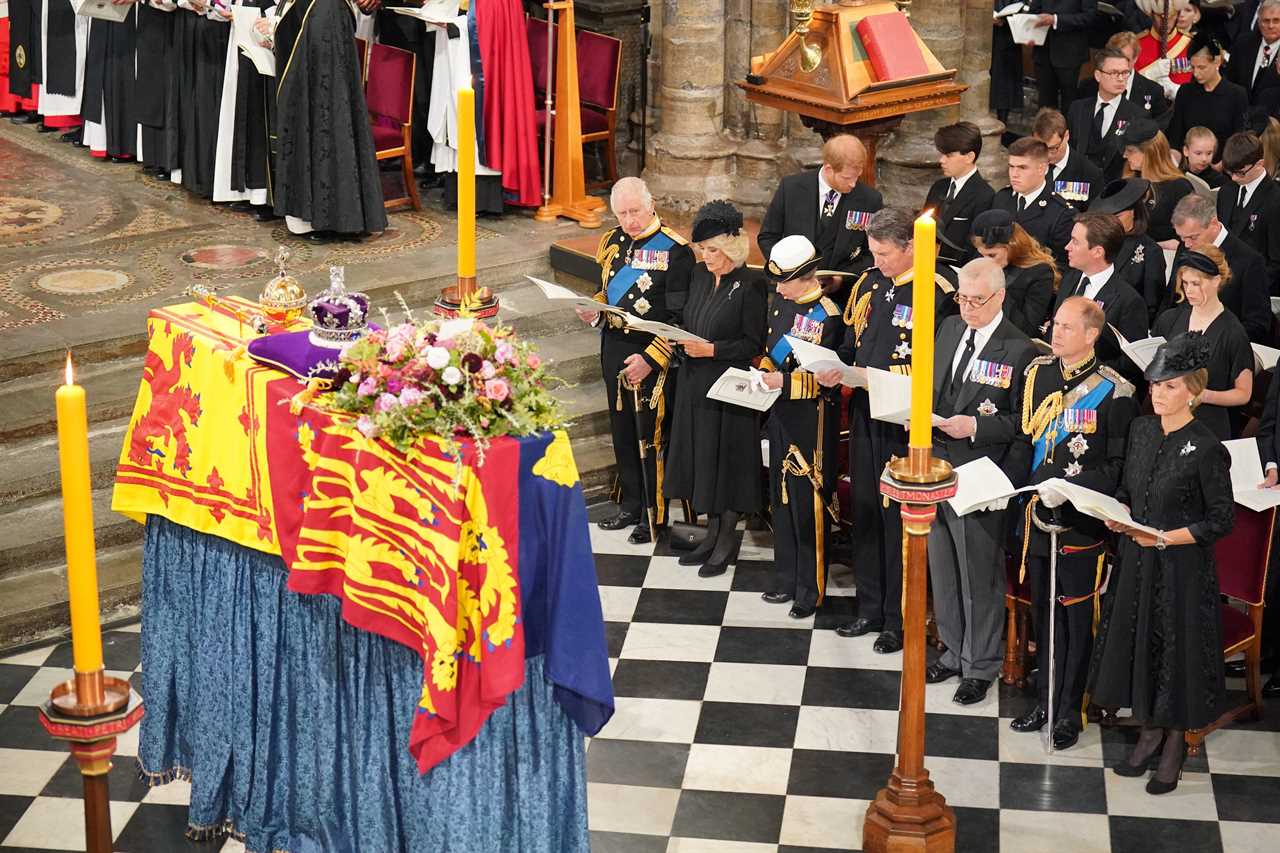 Viewers spot a stowaway on the Queen's flowers

An emotional James bravely stood alongside his cousins for the 15 minute period of reflection.

The stoic 14-year-old lowered his head as emotional mourners filed past to see his grandmother lying in state.

Viewers said the teen was “admirable” for standing vigil at such a young age.

And many believed the poignant moment echoed images of Princes William and Harry stood at Princess Diana’s funeral back in 1997.

James is the late Queen and Prince Philip‘s youngest grandchild and is 14th in line to the throne.

He lives at Bagshot Park in Surrey with his parents and older sister Lady Louise Windsor.

James was born by caesarean section at Frimley Park Hospital in Surrey. on December 17, 2007.

According to reports from Tatler, James was one of the Queen’s favourite grandchildren.

Unlike the rest of the Queen’s grandsons, James does not hold the title of prince and is not addressed as HRH.

He is styled as the son of an Earl and goes by James, Viscount Severn.

The Queen and the Duke of Edinburgh had eight grandchildren – including Louise and James, Peter and Zara Phillips, Princesses Beatrice and Eugenie, and Princes William and Harry. 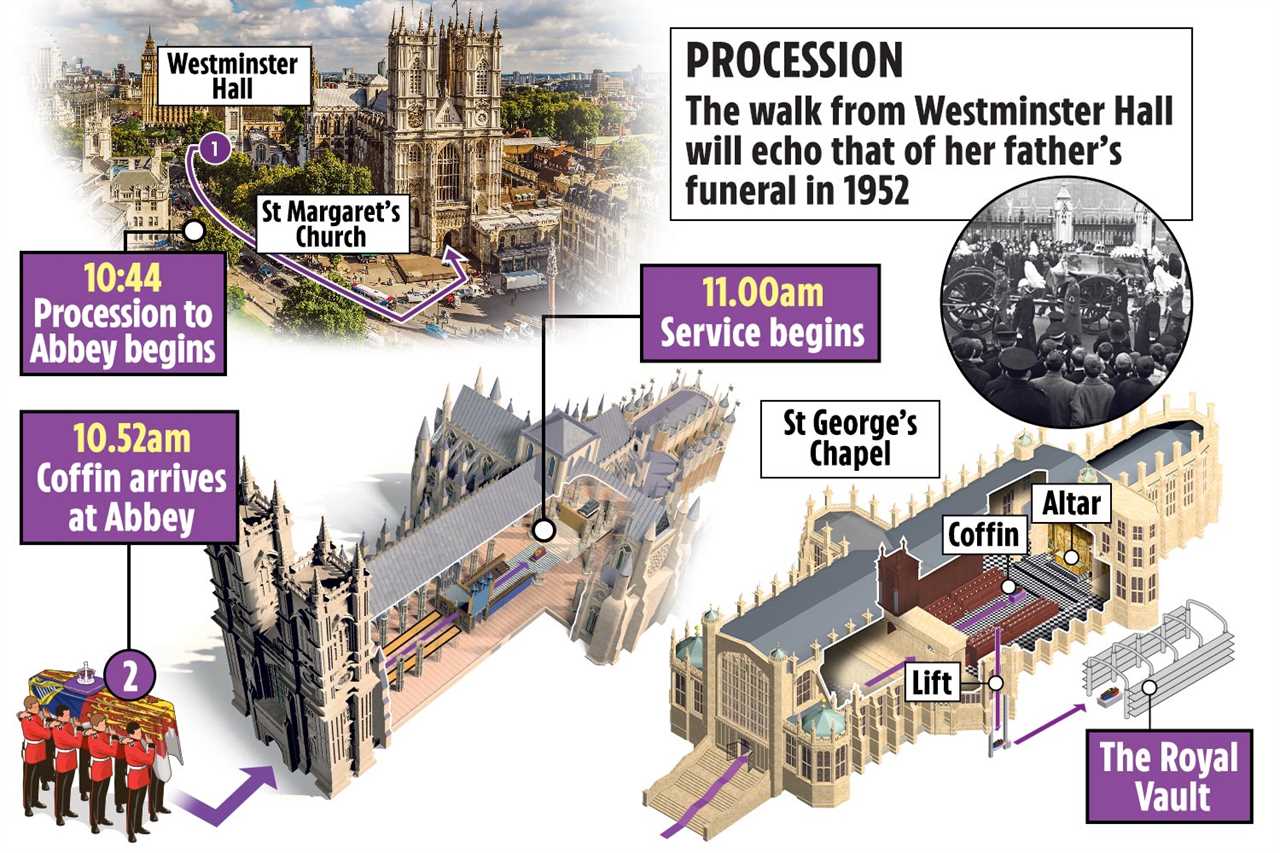 Inside step by step plan for Queen's funeral including resting place

Prince Edward, upon his wedding to Sophie, agreed with the Queen that their kids would be deemed as children of an Earl, instead of being called His or Her Royal Highness.

Princess Anne‘s children, Zara and Peter also don’t have royal titles but Louise and James are the Queen’s first male-line descendants not to have one. 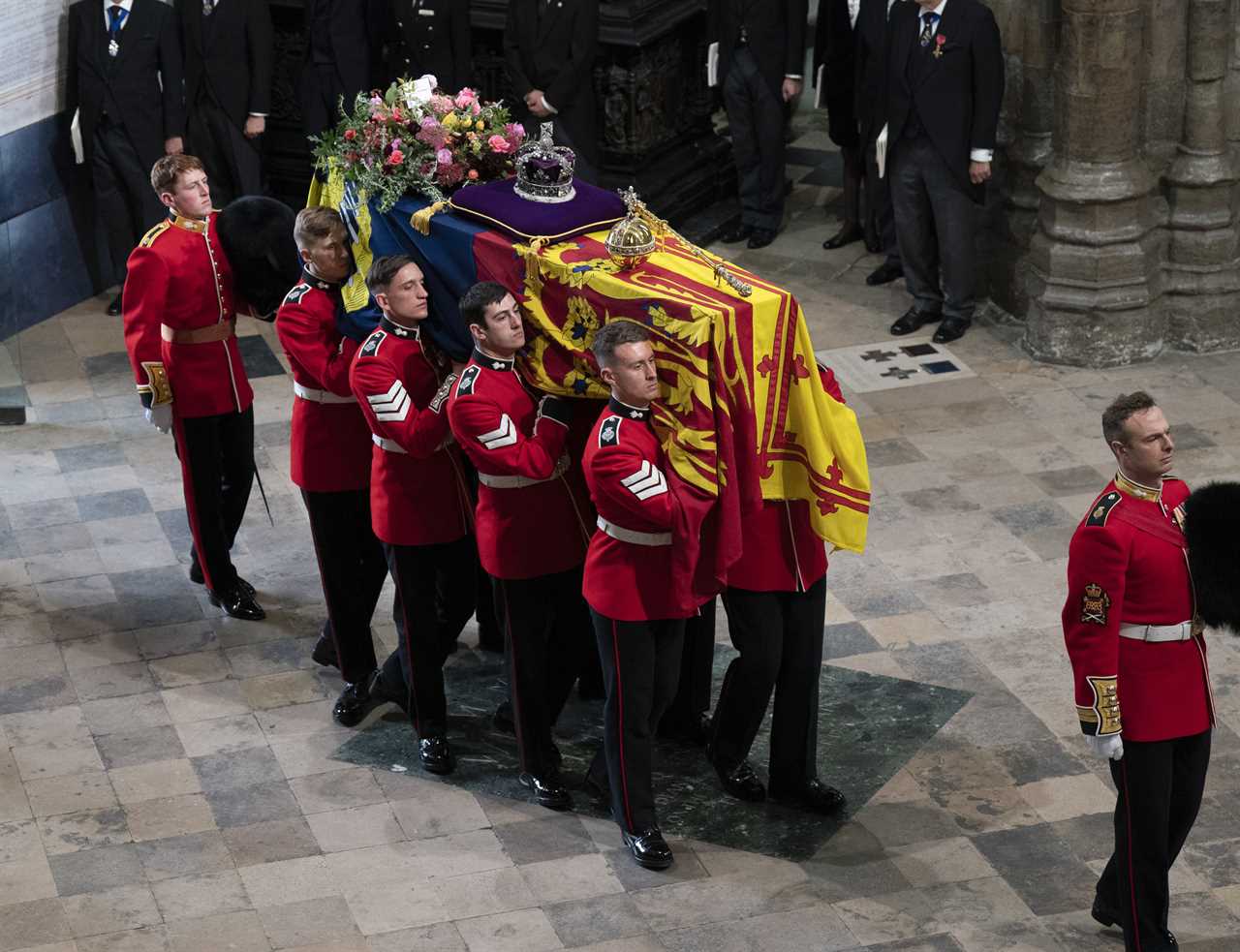 Queen Elizabeth II was honoured in a moving ceremony today 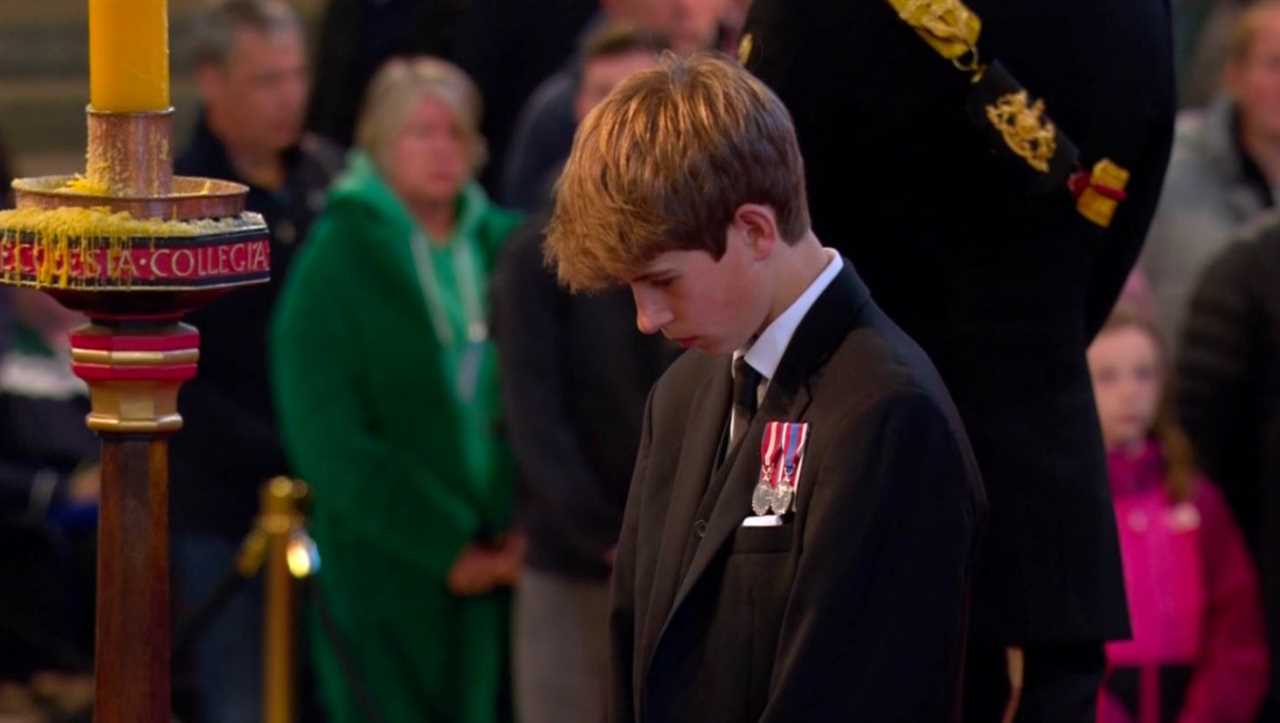 James, Viscount Severn, lowered his head in reflection as he joined his cousins for a moving vigil for his grandmother
miketindalltouchingmomentcomforted