ANT and Dec have revealed they are now filming I’m A Celeb’s spin-off series as they kick off a bumper year for the show.The pair, both 46, posted a..

ANT and Dec have revealed they are now filming I’m A Celeb’s spin-off series as they kick off a bumper year for the show.

The pair, both 46, posted a video from South Africa while making the first ever pre-recorded episodes of the ITV hit. 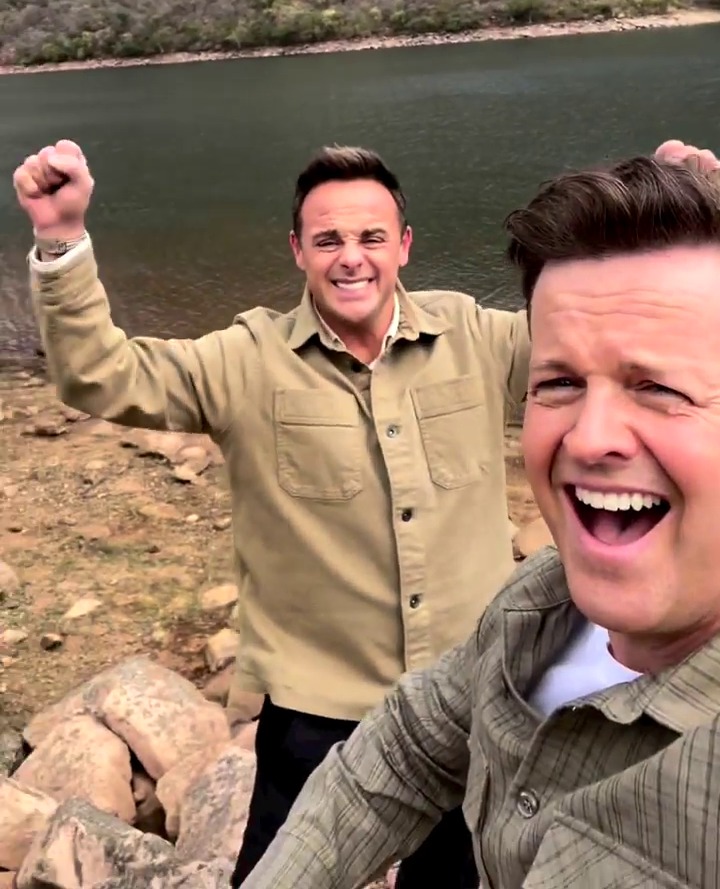 The stars shared a video from Kruger National Park, where the Aussie version of the show is shot.

“But we can confirm we’re doing a very special series of I’m A Celebrity… Get Me Out Of Here! in South Africa. Look at this joint.”

Dec said: “It’s going to be your favourite celebrities from the last 20 years who are going back in to do it one more time in South Africa.”

Ant asked: “But are we going to Australia, Declan?”

The line-up is partly shrouded in secrecy although Amir Khan, Paul Burrell and Helen Flanagan are all known to be involved.

However, Kerry Katona will not be appearing, with the 2014 champ telling The Celeb Report she was unable to join the camp.

The ‘best of’ version is set to air early 2023, giving viewers three series in less than two years as the show switches back from Wales to Oz.

The pair announced the special series of the show is being made now
Did you miss our previous article...
https://thecelebreport.com/television/love-island-star-stuns-in-barely-there-bikini-on-holiday-in-spain
newlocationnextyearcelebrity