I’m A Celeb fans have one complaint after Naughty Boy and Frankie’s world map challenge – but did you spot it?

I’M A Celebrity fans had the same complaint after Naughty Boy and Frankie Bridge’s world map challenge – but did you spot it?The music producer, 36,..

I’M A Celebrity fans had the same complaint after Naughty Boy and Frankie Bridge’s world map challenge – but did you spot it?

The music producer, 36, and singer, 32, were the latest celebs who tried to win some tasty treats for camp. 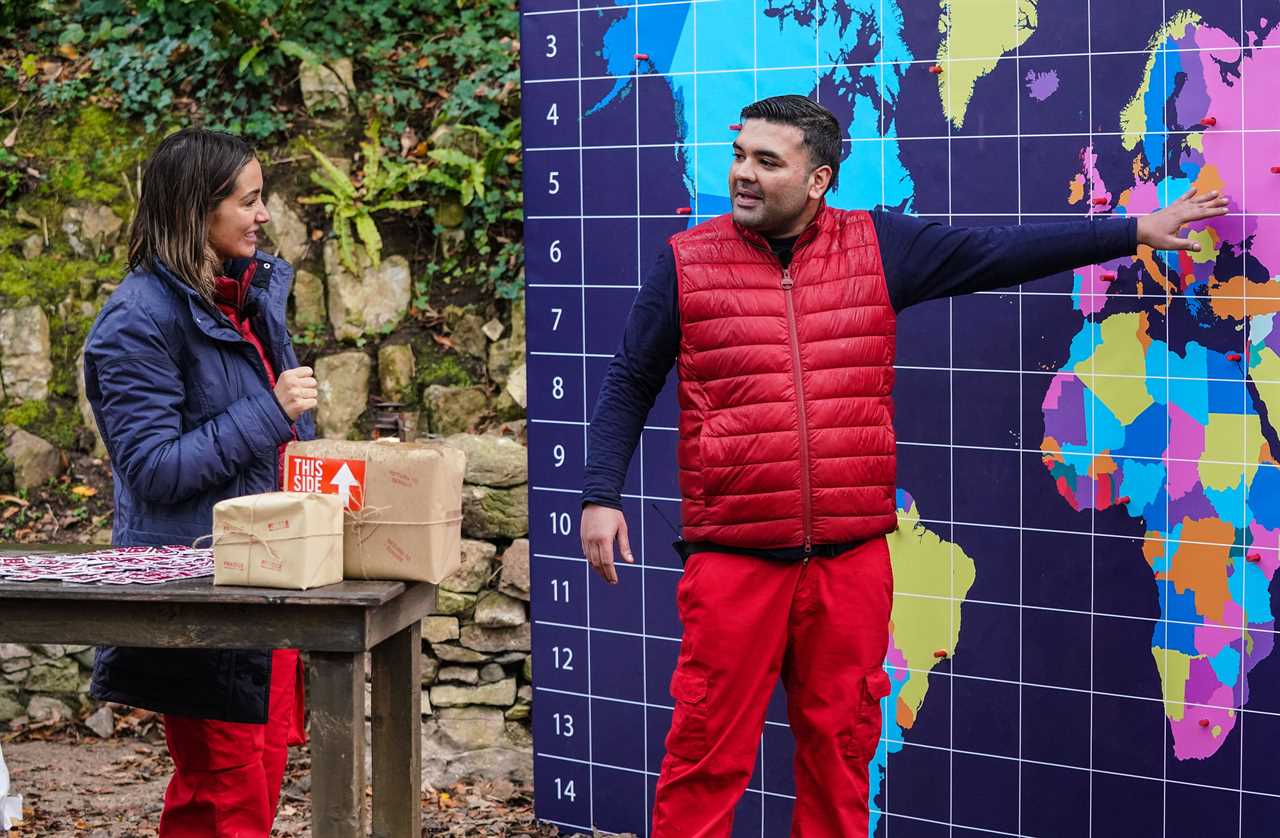 I’m A Celeb fans were left scratching their heads after Naughty Boy and Frankie’s world map challenge – but do you know why? 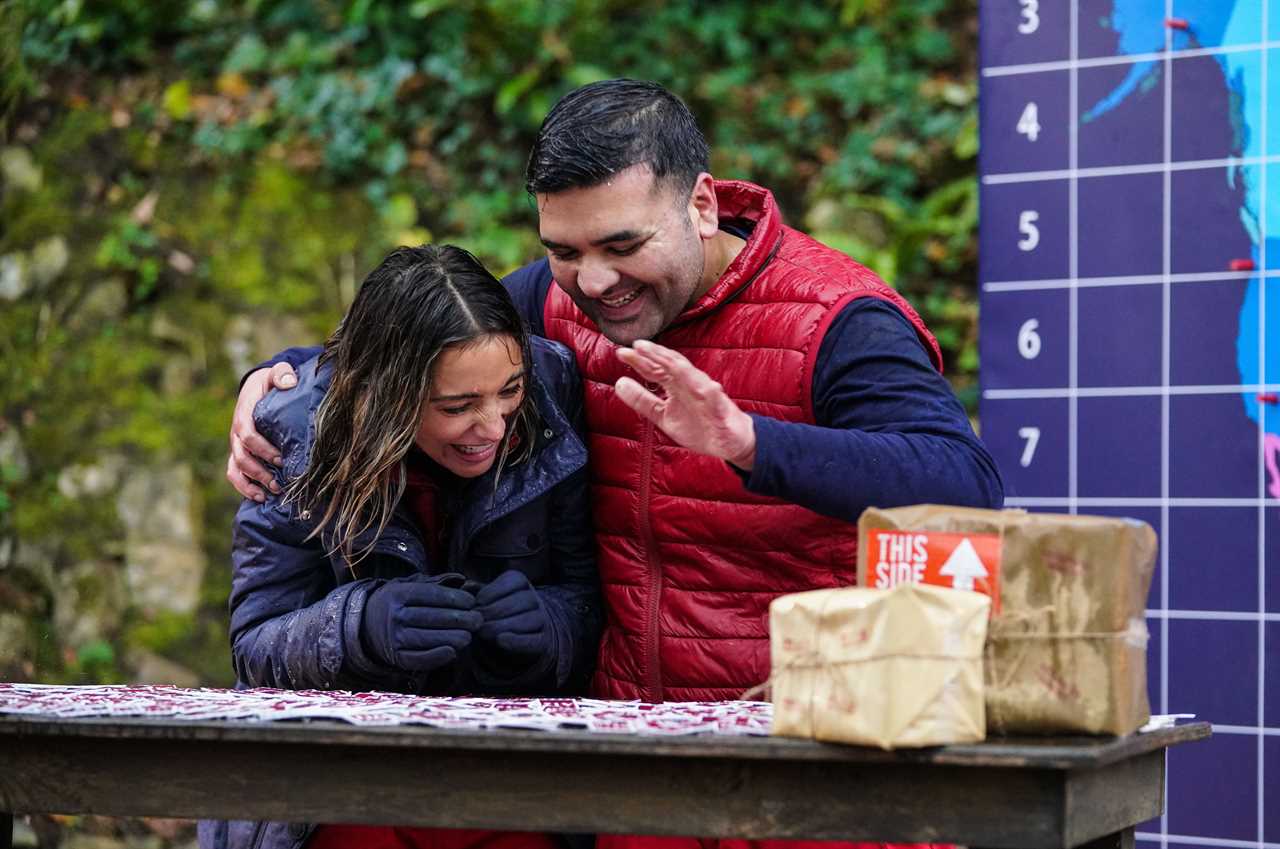 The pair giggled at how bad they were at the challenge

They had to successfully match up the skyline on each postcard with the city that it was from.

Despite being well-travelled, the pair struggled to locate each city on the map.

And fans of the ITV show were left scratching their heads because they have been fortunate enough to travel the world due to their jobs.

One wrote on Twitter: “Funny how the celebs ain’t got a clue where places are around the world but yet it’s those celebs who have toured round the world since they’re singers.”

A second tweeted: “Watching Frankie & Naughty boy doing the challenge & say they’d been to all the places but not being able to find them on a map, has made me think there must be quite a few people who fly from Point A – Point B, but don’t actually know where they’ve travelled to!”

A third chimed in: “In an absolute state of shock how Frankie and Naughty Boy couldn’t find NEW YORK on a world map.”

“I can’t deal with the fact naughty boy thought australia was China on that map I’m yelling at the telly,” a fourth added.

The pair did eventually manage to place them all correctly and traded in their stars Cledwyn’s Kiosk.

They had a choice of ready salted crisps or flapjacks, and they decided to go with sweet treat.

But before they were handed over, the other campmates had to answer a question correctly.

They had to decide whether 19 per cent or 35 per cent of people say it’s old fashioned for a man to pay on the first date.

The camp went for the higher percentage and enjoyed their tasty flapjacks.

Elsewhere in the episode, soap legends Adam Woodyatt and Simon Gregson finally made their debut.

The actors had to take part in a gruesome bushtucker trial called the Scare Fair.

They had to complete five rounds and had the chance to win 12 stars for camp.

In one they had to move sheep’s testicles from one tray to another using just their mouth.

In another they had their head stuck in a clear box filled with snakes and had to untie the stars using just their mouth.

They managed to bag themselves 11 out of 12 stars.

When the celebs returned to camp, they noticed that a bed for the Lords, two thrones and portraits of them had been hung up.

Adam and Simon have to share a bed together and the EastEnders star asked him: “You fart don’t you! Urg!”

Adam is best known for playing Ian Beale on EastEnders for 36 years, meanwhile has taken on the role of Steve McDonald in Corrie since 1989. 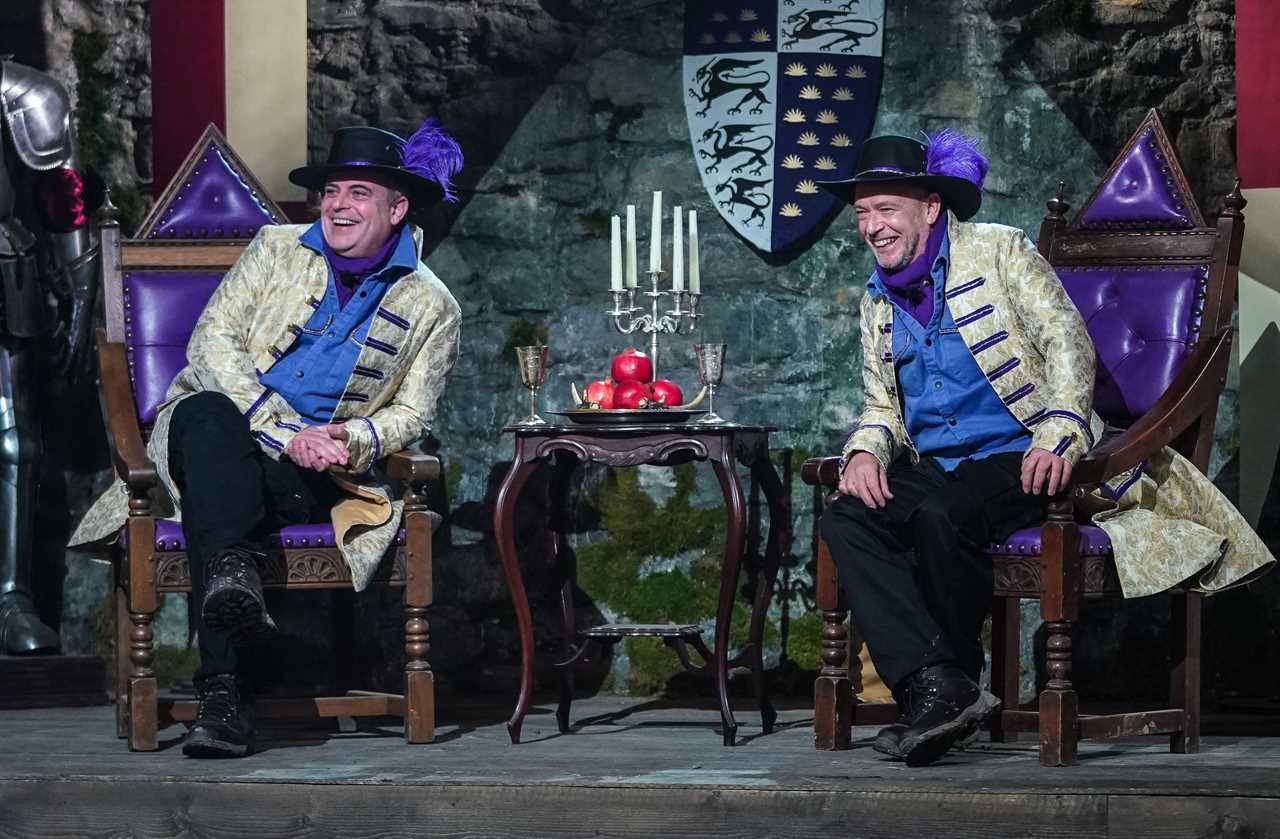 Adam and Simon finally made their debut tonight
Did you miss our previous article...
https://thecelebreport.com/television/richard-madeleys-son-given-chilling-warning-by-a-psychic-that-his-dad-would-be-ill-hours-before-hospital-dash
musicproducerthesamenaughtyboy