Seven times team-mates on The Chase had a HILARIOUS link – but did you spot them?

THE Chase has been on our screens since 2009 and has featured a lot of contestants during its run. While the teams of four are always strangers to..

THE Chase has been on our screens since 2009 and has featured a lot of contestants during its run.

While the teams of four are always strangers to each other before they film their episode, show bosses sometimes like to find a way to connect them all. 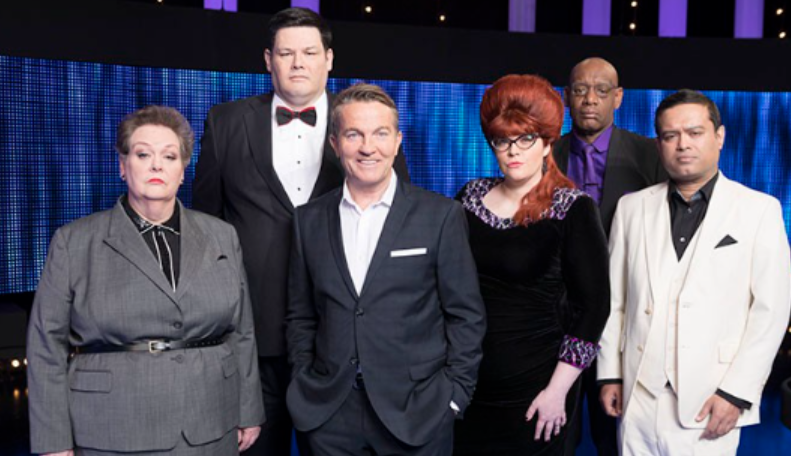 The Chase has been on our screens since 2009

Here’s a look back at some of the times the contestants’ names have made viewers at home do a double take. 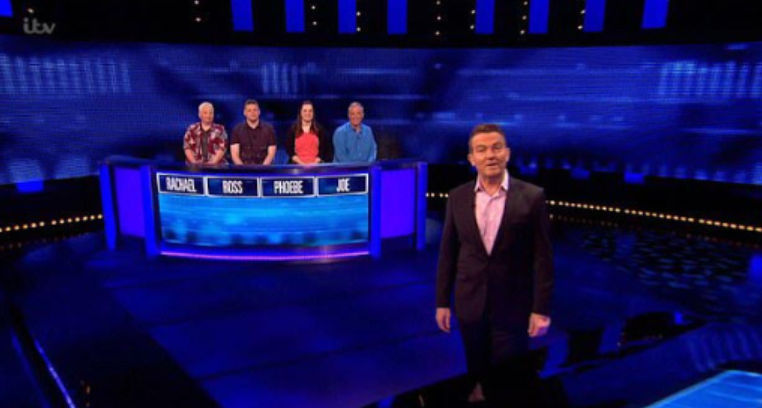 One episode saw the players have a Friends connection

In 2017, the four contestants names instantly made viewers think of hit US sitcom Friends.

That’s because they were called Ross, Rachael, Phoebe and Joe.

Only Monica and Chandler were missing, and the link in their names quickly went viral.

One viewer of The Chase joked: “Things got a bit rough for the Friends gang after Monica and Chandler moved away.”

Another added: “Chandler and Monica must have been busy.” 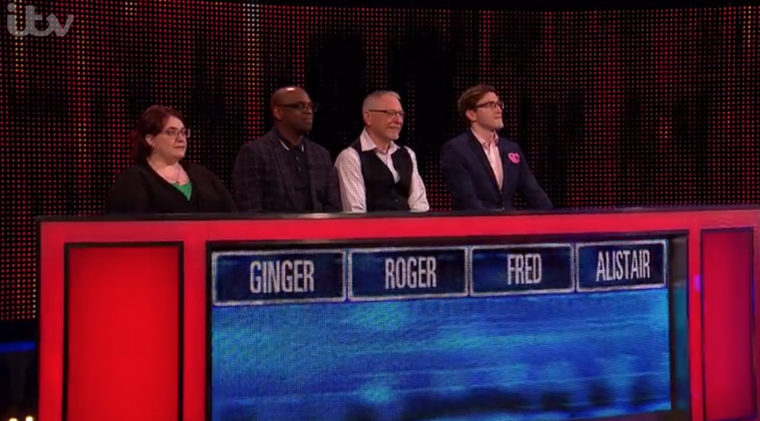 In December 2020, the arrangement of the player’s names clearly showed the bosses had wanted viewers to pick up on the theme.

The contestants were called Ginger, Roger, Fred and Alistair.

Viewers noted how their names paid homage to the greatest ever movie dance pairing, Ginger Rogers and Fred Astaire.

It took host Bradley Walsh until after the first player had competed to realise though, as he said: “Oh! Hang on, hang on everyone! 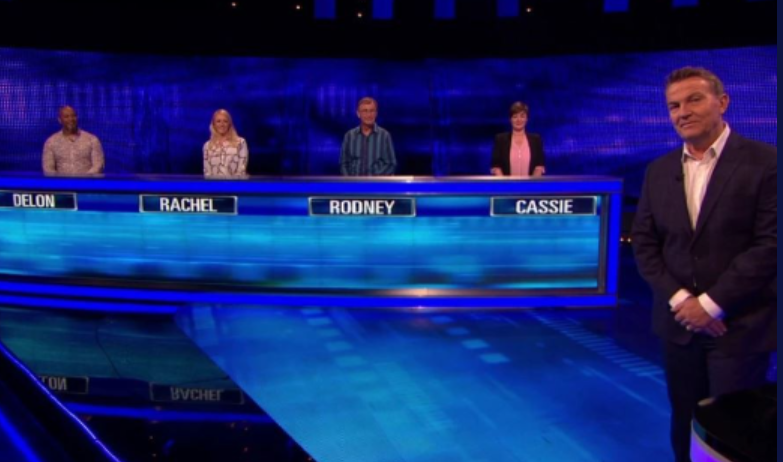 In January 2021, another famous TV show received a nod from bosses thanks to the player line up.

The contestants names were Delon, Rachel, Rodney and Cassie, with viewer automatically linking it to classic sitcom Only Fools and Horses.

The sitcom followed Del and his partner Raquel and his brother Rodney and his wife Cassandra – who he calls Cassie.

The link didn’t escape viewers, many of whom tweeted: “This time next year, they’ll be millionaires.”

Another called The Chase’s casting director a “genius” for putting together the players on one panel. 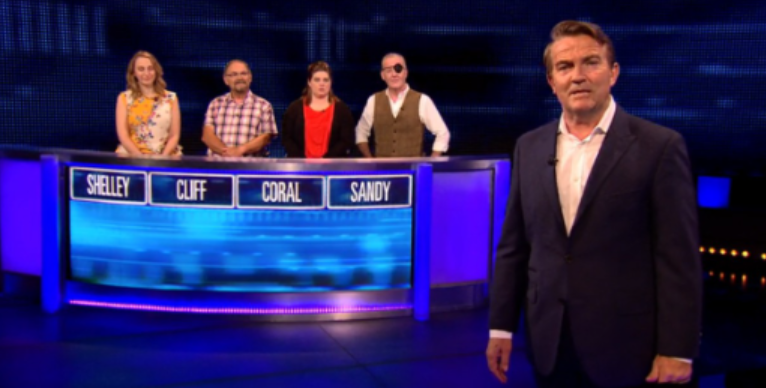 An episode in 2018 had a seaside theme to the names

During an episode in 2018, viewers noticed that the players all had names that related to the seaside.

Challengers Shelley, Cliff, Coral and Sandy meant business as they attempted to take down the chaser, Shaun Wallace, but fans were understandably distracted by their seaside-inspired names.

The foursome first caught viewers attention after they were introduced on the show’s official Twitter page in a post that read: “SHELLEY, CLIFF, CORAL and SANDY. Nope. We don’t see the connection.”

Egged on by the rib-tickling tweet, viewers couldn’t help but weigh in on the hilarity on Twitter and commented in their droves about the not so subtle coincidence.

One viewer asked: “Is this a seaside special episode?”

“#TheChase seaside special… who’s idea was it to put these contestants on all at the same time,” another shared. 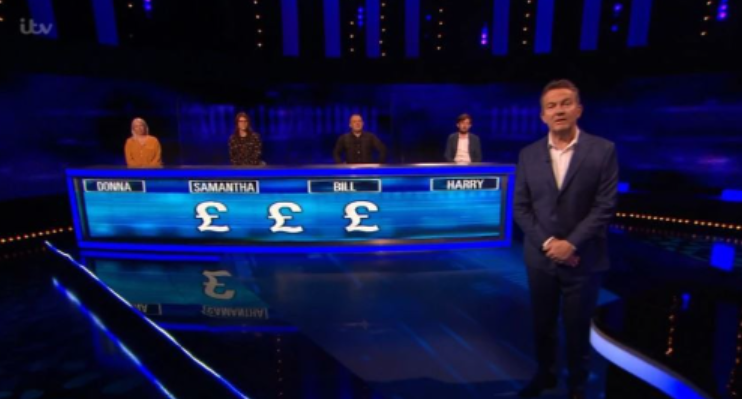 The Mamma Mia! reference may not have been as immediately obvious to some viewers

April 2021 saw another theme for the contestants names, this time a musical one.

The quartet of Donna, Samantha, Harry and Bill each had an opportunity to take on the cash builder round and later went head-to-head with Paul Sinha in an intense battle of wits.

However, viewers noticed the names of all four contestants were characters from the 2008 musical Mamma Mia!

After the interesting discovery, fans took to Twitter and one posted: “notice how all the people on the chase are called donna, Harry, bill and sam(antha) mamma mia #TheChase.”

Another wrote: “Harry, Bill, Samantha (Sam) and Donna? I smell a Mamma Mia theme with the names #TheChase.” 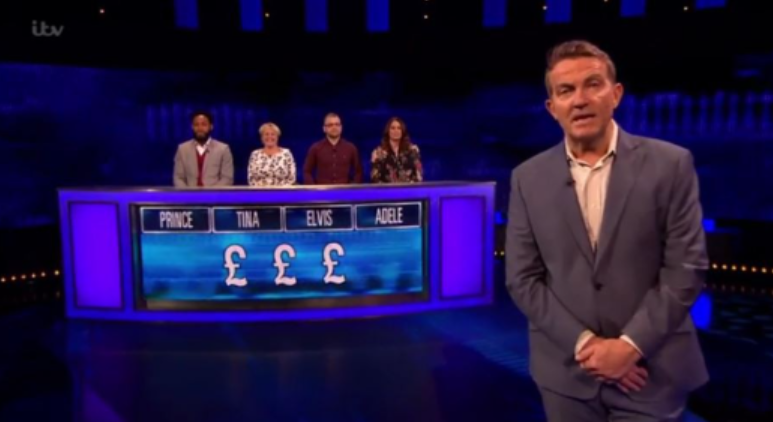 Singing icons were the theme for an episode in November

In November 2021, The Chase viewers got another treat from bosses as the four players all had names relating to music icons.

Waiting to face one of the formidable chasers were Prince, Tina, Elvis and Adele.

Even host Bradley Walsh couldn’t help but quip: “Prince and the King in one show, can’t believe it.”

While those watching at home rushed onto Twitter to point out the talent on the programme.

One wrote: “The line-up for tonight’s episode is a gig I’d definitely be up for seeing. Adele, Elvis, Tina & Prince #TheChase”.

Another added: “Surely the producers on @thechaseabc planned this.
Prince, Tina, Elvis and Adele… it’s like a weird tribute band #TheChase”. 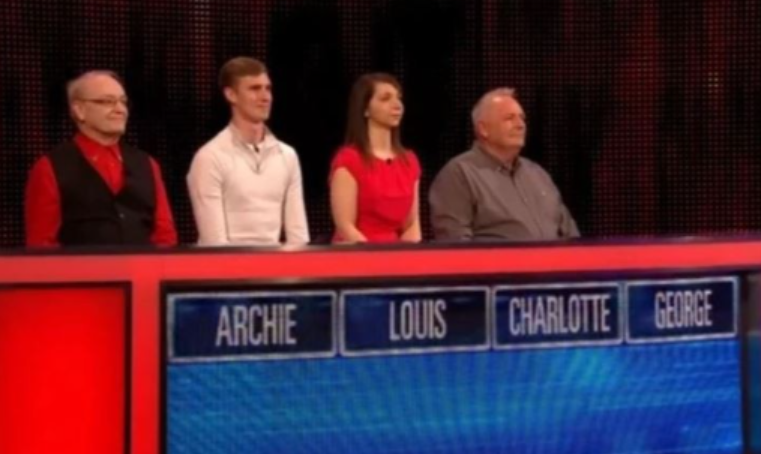 In September 2021, the show opted for a Royal connection when choosing the players.

But eagle-eyed fans were quick to point out that the players names were the same as the Queen’s great-grandchildren.

Archie is the son of the Duke and Duchess of Sussex – Prince Harry and his wife Meghan Markle.

While George, Charlotte and Louis are the children of Prince William and his wife Kate Middleton, the Duke and Duchess of Cambridge.

The Chase airs weekdays at 5pm on ITV.