SEX Education star Asa Butterfield unleashed a furious Twitter rant this weekend – telling fans to “f**k off” after he was harassed all night.The..

SEX Education star Asa Butterfield unleashed a furious Twitter rant this weekend – telling fans to “f**k off” after he was harassed all night.

The 24-year-old actor’s stern words came just hours after the third series of his Netflix hit was released on the online streaming giant. 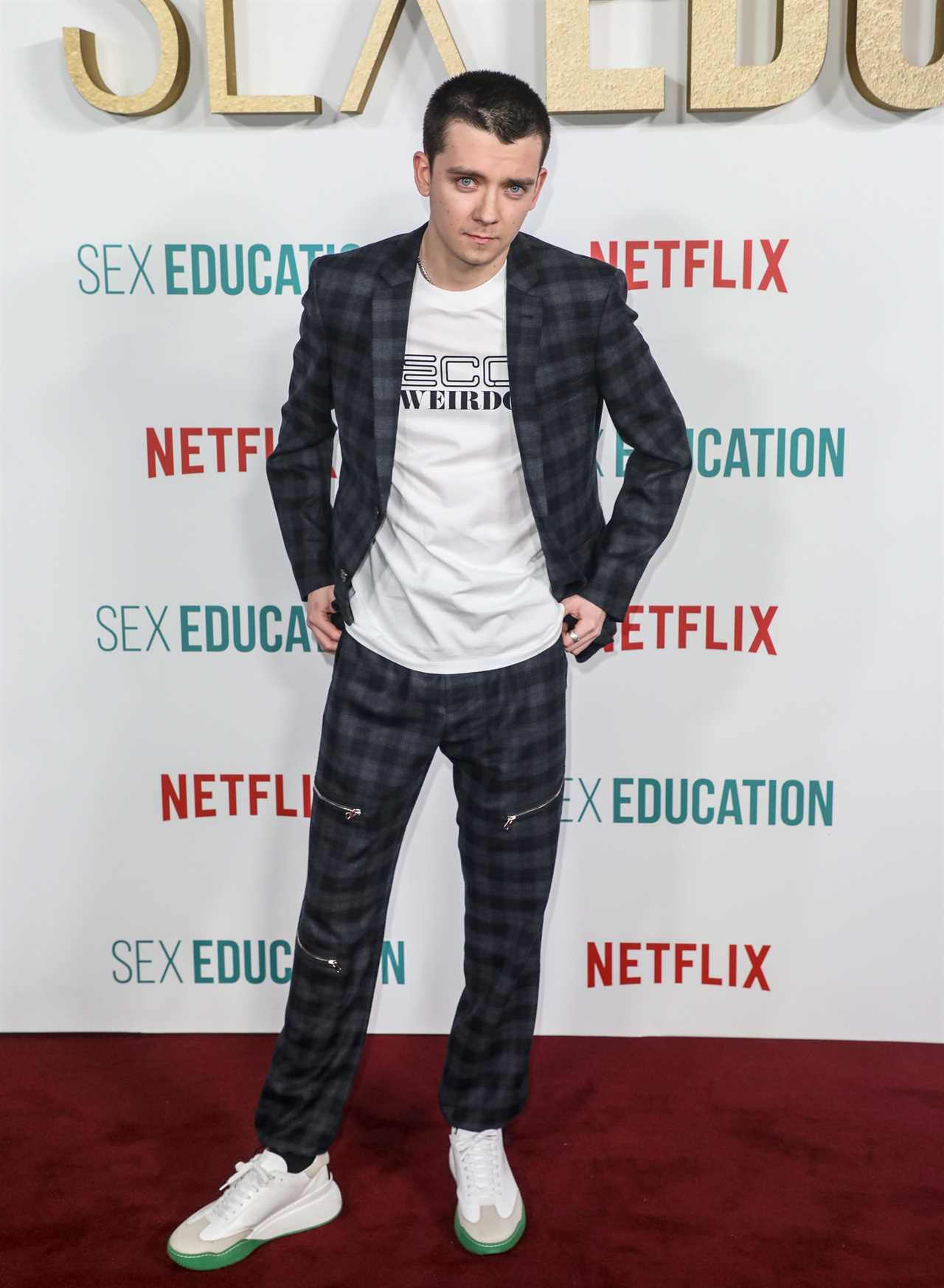 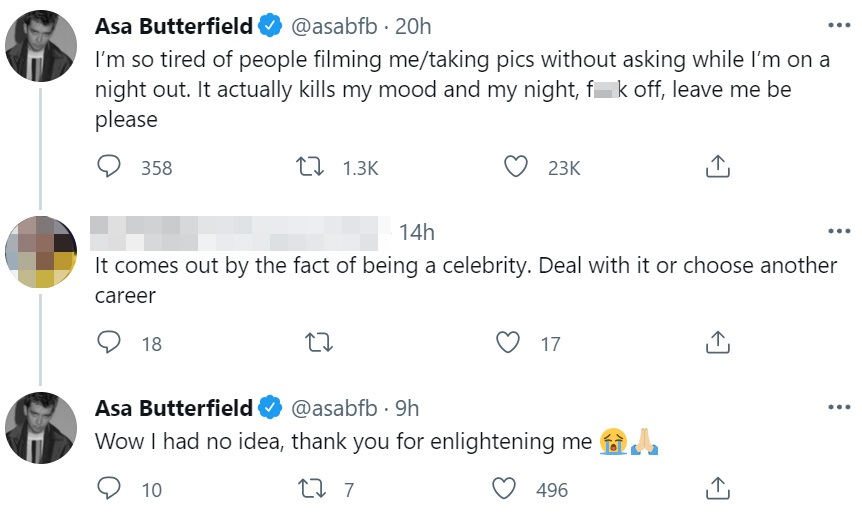 He hit back at a follower who responded to the tweet

Asa plays lead character Otis Milburn in the comedy, and got frustrated as he was hounded by fans – appearing to cut his night short as a result.

Taking to his Twitter page, the star wrote: “I’m so tired of people filming me/taking pics without asking while I’m on a night out.

“It actually kills my mood and my night, f**k off, leave me be please.”

He then added: “Tweeting this from a cab home after I’ve had to slap multiple phones out my face tonight.”

When one follower replied: “It comes out by the fact of being a celebrity. Deal with it or choose another career”, Asa sarcastically hit back: “Wow I had no idea, thank you for enlightening me.”

Asa first found fame as a child star after landing the lead role in critically acclaimed film The Boy In The Striped Pyjamas at the age of 10.

At 13, he starred as the titular character in Martin Scorsese’s Hugo, with other notable movies including Enders Game, and The Space Between Us.

He was cast as Otis in Sex Education in 2018, with the Gillian Anderson playing his mum Jean in the popular series.

The much-anticipated third series of the show was released on Friday, with fans delighted to have it back on their screens. 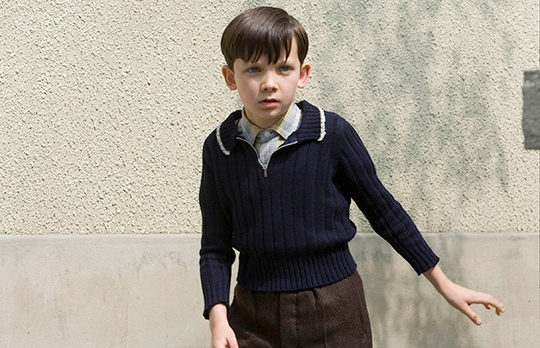