THE Grand Tour takes on BOMBS and helicopters in its explosive first trailer for lockdown special Carnage A Trois.

The second lockdown special sees the trio – Jeremy Clarkson, Richard Hammand and James May – dive into the bizarre world of French car culture. 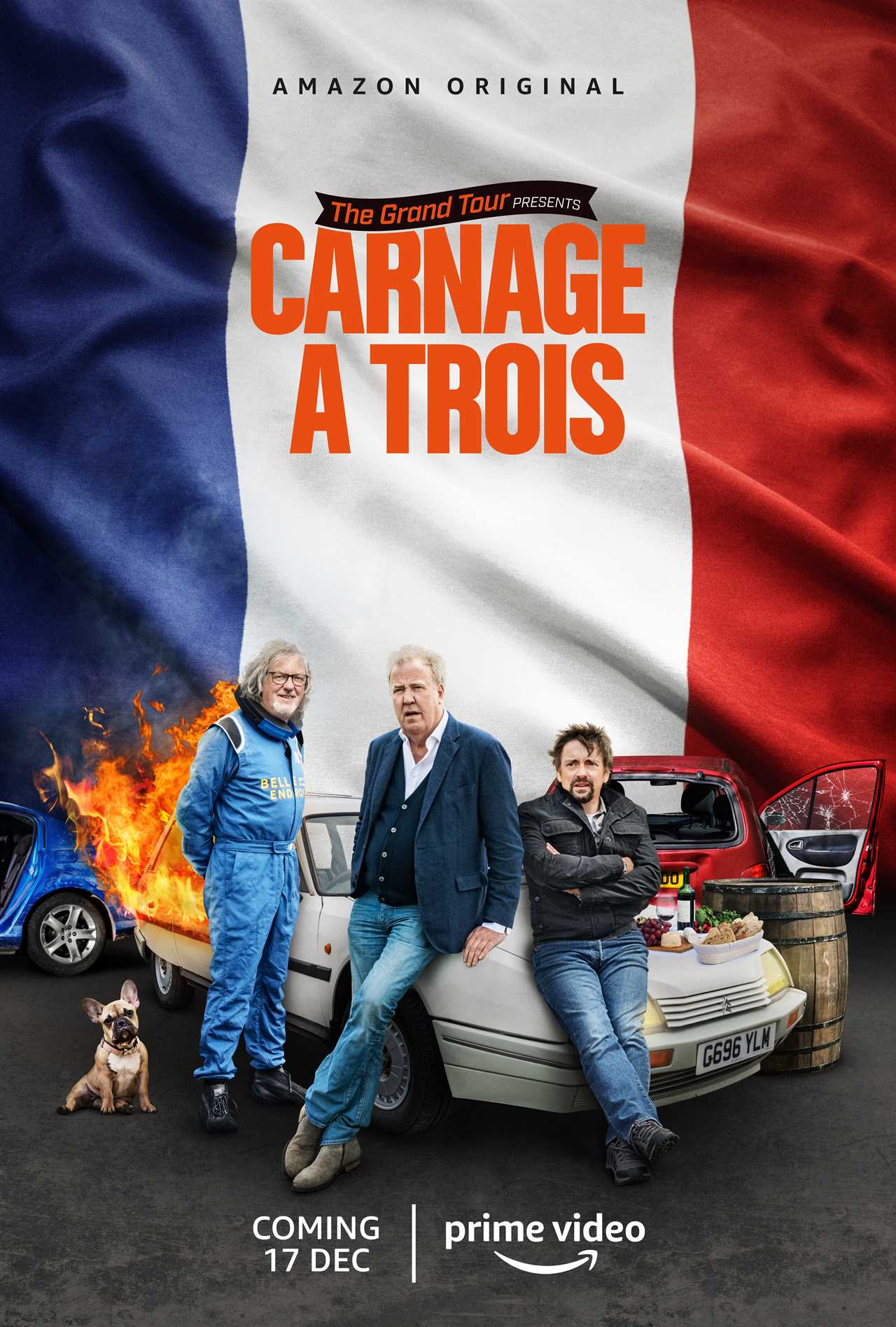 The first trailer for The Grand Tour special has been released

A car is blown up in the trailer

On an epic road trip starting in the Welsh hills, they dish up a hair-raising mountain climb, bomb defusals, propeller powered cars, helicopter stunts and the most thrilling race of their lives before reaching the English Channel for a jaw dropping medieval climax.

And a soupcon of French art house cinema for good measure.

The trailer opens with a French version of I Will Survive before Jeremy says: “France, we like their food, their wine, but French cars can be a bit weird.”

Richard is then seen driving a car with a propeller on the back as the crew run away, before the trio then drop a retro French car from 500 feet with the aid of a helicopter.

The trailer also sees another car blowing up, the presenters trying to drive different French cars up a large hill before one of them rolls down – hopefully without one of them in it.

The trailer ends with Richard angering locals as he tries to navigate a roundabout the way they do in France.

With travel restrictions still in place due to the coronavirus pandemic, show bosses took the decision to film in Wales.

The Grand Tour’s Executive producer Andy Wilman said of the location choice: “It will keep the wheels turning for a while.

“We are planning but a country can go on the red list at short notice, so at the minute we don’t know where we’re going.

“But we want to shoot one in the Autumn and one in February because if we don’t we’re not producing any content.”

Meanwhile Jeremy, 61, spoke about the problems the show had faced during the pandemic, telling Radio Times: “It’s one of the big nightmares.

“We chose a country, I won’t say which one we chose, but we were working on a story in a country which was an amber country, so we could have gone to it, and then it went red just a few days ago, so back to the drawing board.”

A retro car is dropped from 500 feet by helicopter

At one point a car rolls down a steep hill

Richard Hammond drives a car with a propeller on the back