UNIVERSITY Challenge viewers could not contain their laughter during the latest episode for a rather rude reason. The BBC Two quiz favourite aired..

UNIVERSITY Challenge viewers could not contain their laughter during the latest episode for a rather rude reason. 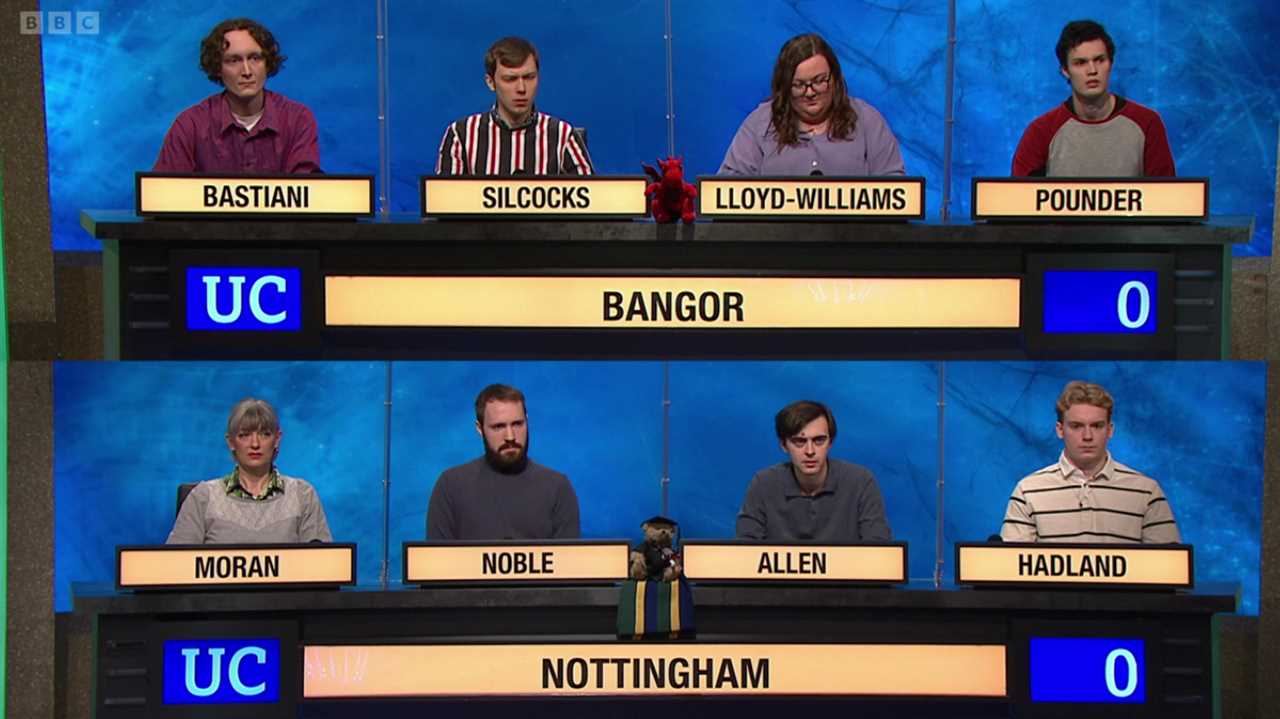 Bangor was against Nottingham in the quiz 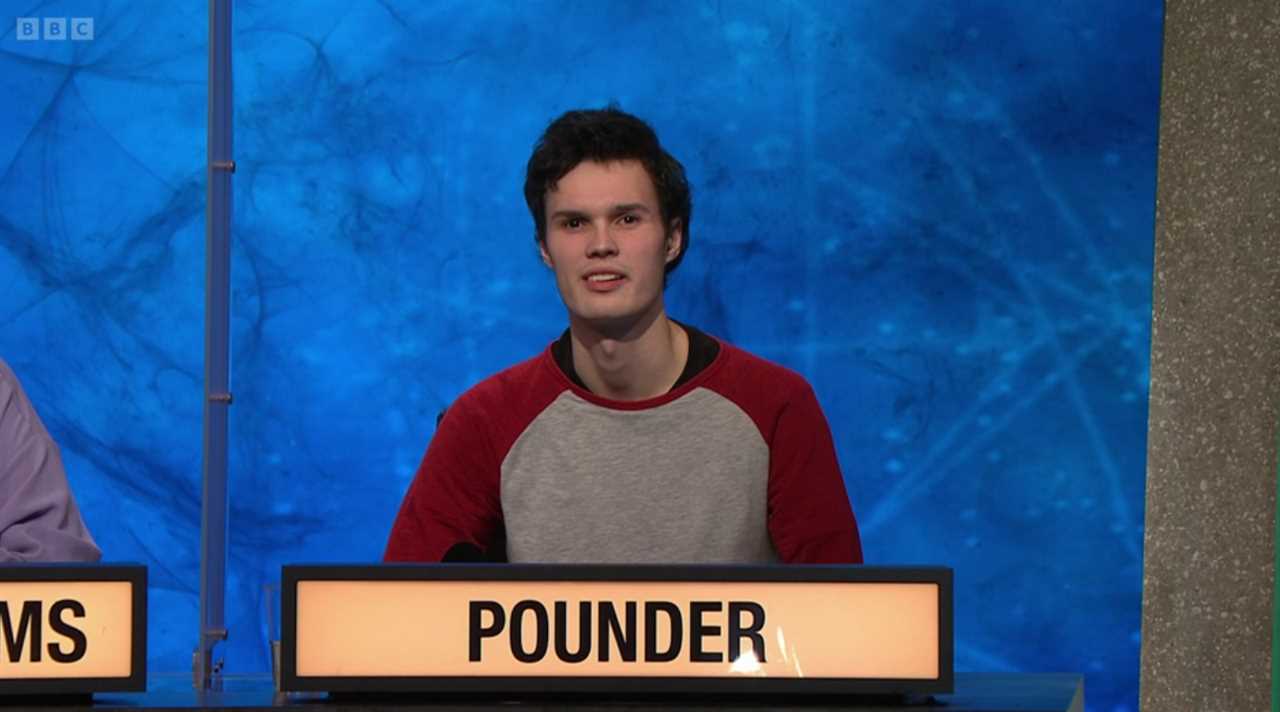 Pounder left fans at home in fits of giggles

Jeremy Paxman was watching over proceedings as Bangor took on Nottigham in the high stakes quiz show.

However viewers were left in hysterics at one contestant’s surname and the unfortunate unavoidable blunder that came for the announcer each time he said it.

The contestant, Ro Pounder, was from Reading and studied Medieval and Early Modern History.

Each time Ro buzzed in to answer a question, the voiceover said: “Bangor, Pounder,” thrilling viewers at home with the cheeky innuendo. 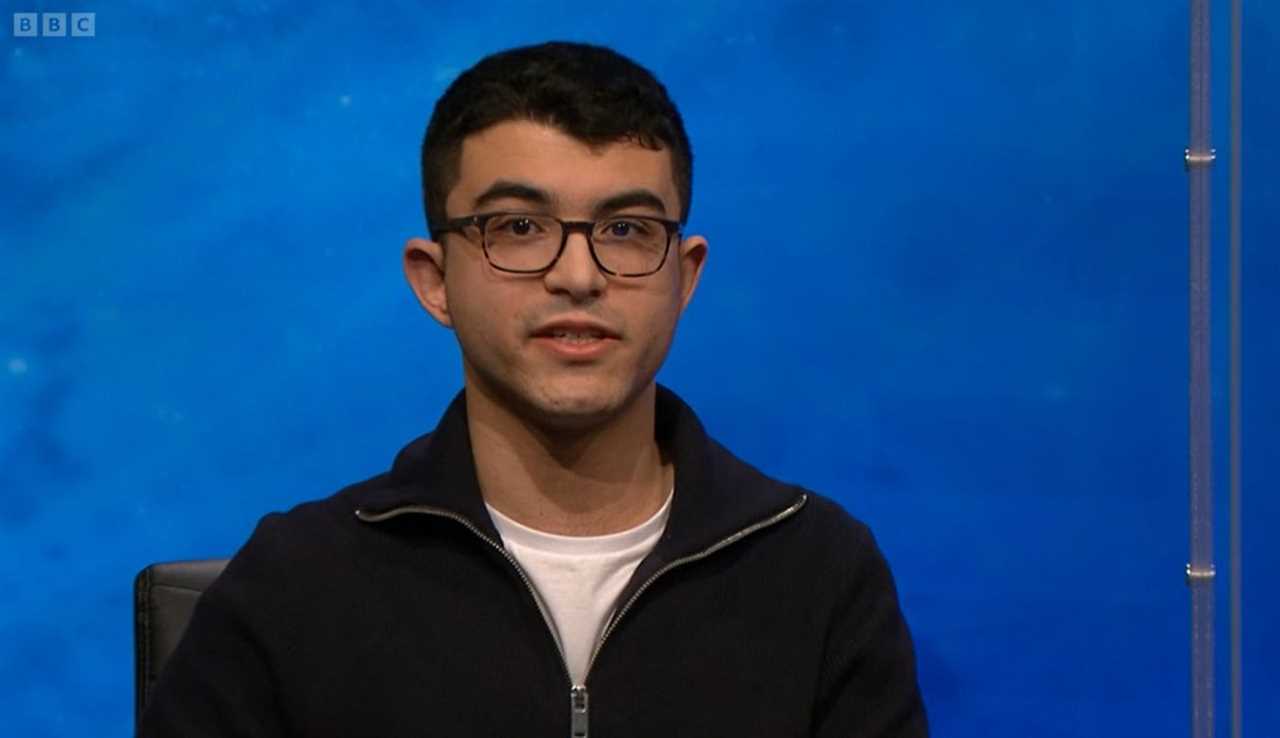 Taking to Twitter, one compared the dialogue to that of an adult movie, saying: “On University Challenge the outburst of Bangor Pounder sounds like an encouragement off camera in an adult film.”

Another wrote: “There’s a bloke on university challenge called something pounder, and he goes to Bangor uni, so anytime he answers a question they just shout ‘BANG HER, POUND HER’ and i am just BARELY resisting the urge to make the ultimate dad joke.”

A third laughed: “STOP IT EVERYBODY.”

As a fourth penned: “I will never tire of hearing… “Bangor Pounder””.

In the end, Pounder and his team were triumphant as Bangor managed to score a respectable 135 point narrowly beating Nottingham by 10 points. 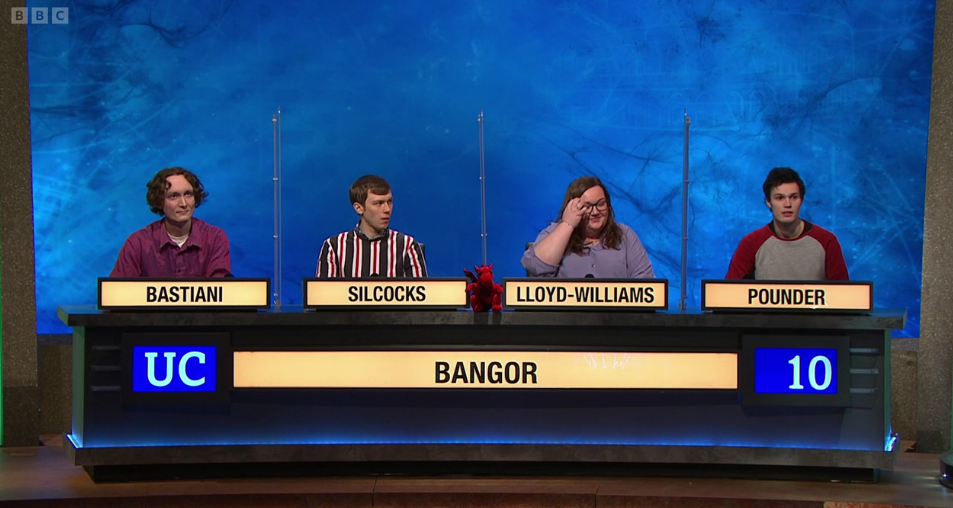 Bangor were the winning team 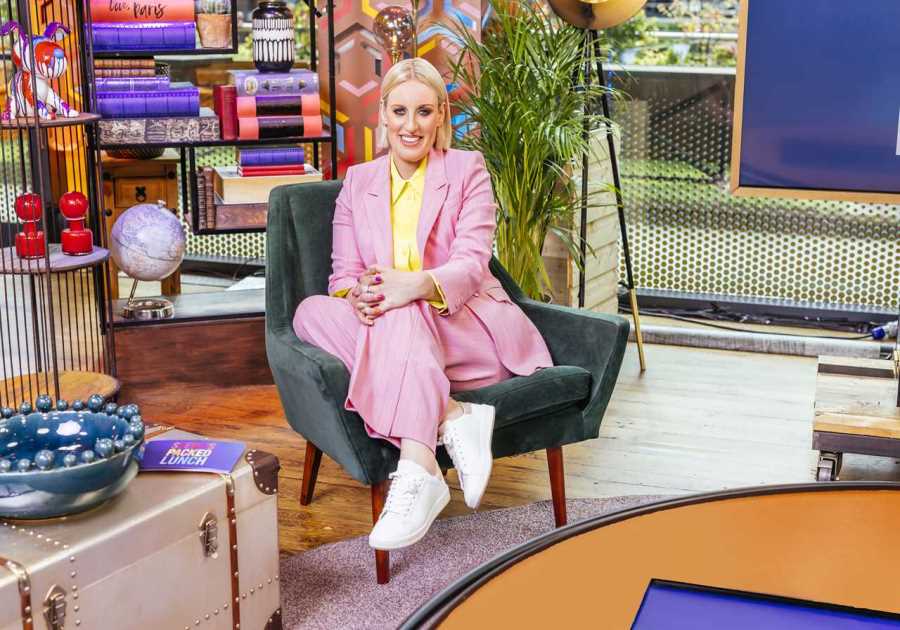