I thought Eric Clapton hated me until we met at AA, reveals Ozzy Osbourne

OZZY OSBOURNE is considering who he’d most like to make music with, a bit like fantasy football but for rock stars.“John Lennon if he was alive,”..

OZZY OSBOURNE is considering who he’d most like to make music with, a bit like fantasy football but for rock stars.

“John Lennon if he was alive,” decides the “giant f***ing Beatles fan”. 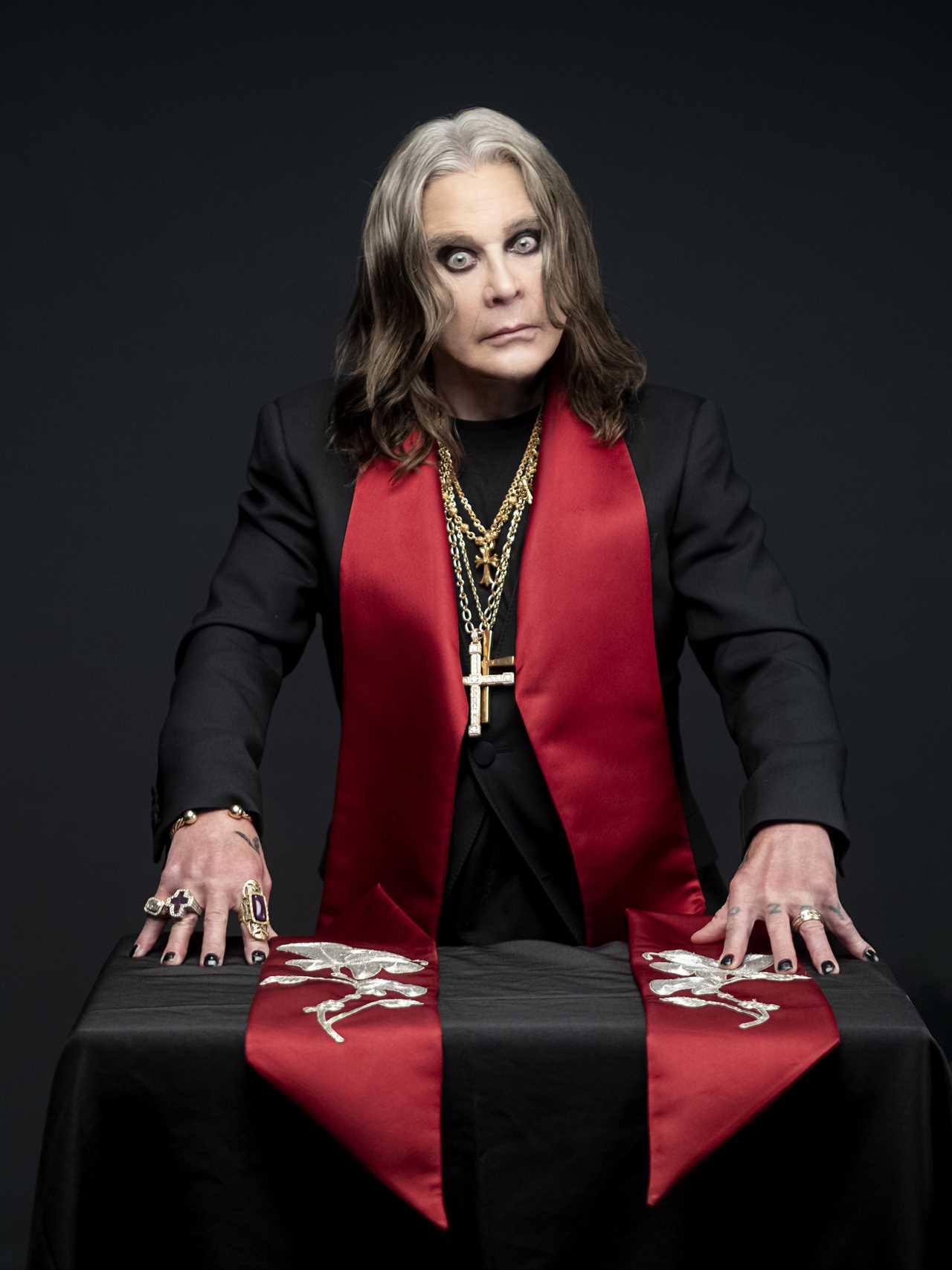 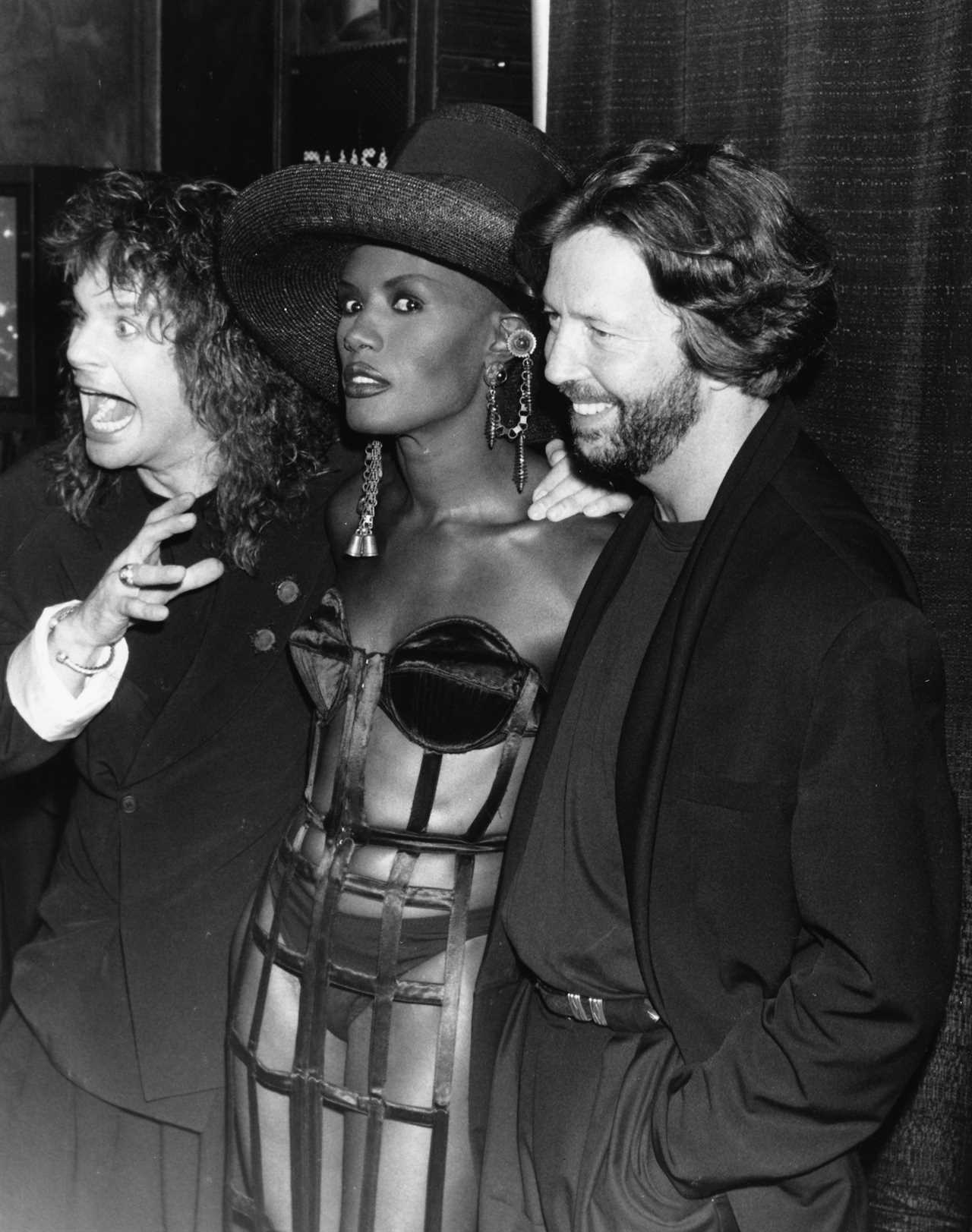 It features a cameo by Eric Clapton, who Ozzy thought he had annoyed by pulling this face at the International Rock Awards in 1989

“And I’d have to have Jimi Hendrix, right?” he continues, so I tell him: “Can’t argue with either.”

Then he spares a thought for Randy Rhoads, the supremely gifted American guitarist who played on his first two solo albums, Blizzard Of Ozz and Diary Of A Madman.

When they toured together in 1982, Rhoads, aged just 25, died in a freakish light aircraft crash which has deeply affected Ozzy ever since.

Check out Rhoads’ blistering metal riff on Crazy Train for proof of why he deserves to be in the Osbourne fantasy team.

‘PLAY FROM THEIR SOULS’

The stellar line-up is a departure for Ozzy, as he explains: “I’ve never been someone who has guests on albums.

“You can’t reproduce what they do when you’re playing live but I’m blown away by those people on my record.”

I ask Ozzy how he managed to corral all the guests on Patient Number 9 and he puts it down to the spare time created by the Covid pandemic.

He says: “So they weren’t going on a tour bus and, for about three months, they weren’t even going out at all.

“As usual, America went over the top when the pandemic started. People were buying a thousand f***ing kitchen rolls!”

He’s particularly proud to have Clapton’s instantly recognisable licks on One Of Those Days and Beck on both the ghoulish title track and on the laidback, orchestrated A Thousand Shades.

“When you have that calibre of people working with you, it’s f***ing different because they play with so much taste and they play from their souls,” enthuses Ozzy.

“When the Jeff Beck song came together, his solo wouldn’t get out of my head.

“And you should watch the video for the Eric Clapton song. Everyone on set said, ‘This is f***ing great’. His style and his sound comes through.”

For decades, Ozzy’s been in awe of the man nicknamed Slowhand, looking up to him in an “I’m not worthy” kind of way.

“When I see someone I admire, I go gaga over them.

“Nowadays, there are thousands of bands but in the Sixties and early Seventies, there weren’t very many in the business. And Eric Clapton was THE guitar player.”

Ozzy trawls through the mists of time to say: “I’ll tell you a story about Eric. Years ago, me and my wife Sharon went to an awards show in New York . . . ”

I’d better set the scene. It’s 1989 and a less than sober Ozzy is joined by the fierce and fantastic Grace Jones to present the MVP (Most Valuable Player) guitarist gong at the International Rock Awards.

The nominees are Clapton, The Edge, Mark Knopfler and Joe Satriani . . . and EC is announced as the winner.

Ozzy continues: “Afterwards, I was having my photo taken with Grace Jones and all of a sudden Eric was there. I was like, ‘Oh my God, he’s going to think I’m a total d**khead’.

“I didn’t realise he’d also just come out of rehab and was freaking out as much as me.”

At this point, much to his embarrassment and to make matters considerably worse, the photographer demands: “Do your Ozzy face!”

“Reluctantly, I did the look,” says Ozzy. “And I immediately became possessed with the thought that Eric Clapton must hate me.

“Then ten years later, I was at an Alcoholics Anonymous meeting in the (San Fernando) Valley in LA. I look over my shoulder and there’s Eric.

“I’d just spent ten years saying to myself, ‘He must think I’m the biggest d**k on the planet’.

“At the end of the meeting, I decided to get the f*** out of there big time just to avoid him. So, I got in the car and zapped off home.

“Three weeks later, he’s there again and, as I walk across the room, he goes, ‘Ozzy! It’s good to see you’.” Of course, the two Brits bonded in their straitened circumstances, with Ozzy quickly realising that Eric “was all right with me”.

“We had a chat and I thought, ‘Wow, what a nice guy’. It was all about my paranoia,” says the man whose most famous song is Paranoid.

The story comes with an unlikely pay-off: “A couple of days later, I go to a music stand, open a magazine and there’s that old photograph!”

Now, all these years later, Ozzy is thrilled to have his old AA pal doing his thing on One Of Those Days, quite a coup because Clapton famously said that heavy metal bands “just make a lot of noise”.

KID IN A SWEET SHOP

Ozzy reveals that the track didn’t go entirely smoothly. He says: “The song is about having a bad day and one of the lyrics is, ‘I don’t believe in Jesus’.

“When Clapton hears this line, he comes back with, ‘I’m not really into this’.

“So, we changed it to, ‘I don’t believe in Christmas’, but it just sounded stupid.

“I discussed it with my producer Andrew (Watt) and we decided to go back to how it was and then Eric says, ‘OK, I’ll do it anyway’.

As for Jeff Beck, another leader of the Sixties’ British blues phenomenon, Ozzy says: “I’ve met him a few times and now we share the same business manager. I said to this manager, ‘It would be great to get Jeff on my record’, and he said, ‘OK, I’ll ask him’, and I was like, ‘What!’”

Hearing Ozzy, you sense he’s still like a kid in a sweet shop when he’s making a record.

The process is like a lifeblood to help him overcome his well-documented physical challenges.

For the first time on his solo records, there’s an appearance by Black Sabbath co-conspirator Tony Iommi.

They’re together on two storming tracks, No Escape From Now and Degradation Rules. Of the latter, a ferocious album highlight, Ozzy says: “That would have made a f***ing great Sabbath track.”

The pair continued their love-in this week when they performed Paranoid to close the Commonwealth Games in their home town of Birmingham.

“Tony and me are the sound of Black Sabbath and we’ve still got it,” says the singer.

Although he hadn’t met him before, Ozzy was also pleased to have late drummer Taylor Hawkins contributing to his album.

“We were with him the week before he died,” he says. “He was a nice, nice man.

“My producer knew him so Taylor came into the studio. He just said, ‘I play for Foo Fighters and Dave Grohl’s my boss’.”

The mention of Hawkins leads Ozzy to reflect on rock musician mates no longer with us, notably Motörhead with Lemmy and “Fast” Eddie Clarke.

“They’re all dead in Motörhead and there but for the grace of God go I,” he says. “They would live on amphetamines like you’ve got no idea.

“When I did my first American solo tour, they were with me (on the bill).

“They hit the powder, drank the vodka and they were up all night.

“Lemmy said to me one day, ‘You know what? I know I’m going to die early but I’m going to live my life how I want to’.”

One of Ozzy’s acquaintances still very much alive is Paul McCartney, who celebrated his 80th birthday in June. Although he didn’t catch Macca’s Glastonbury set, he says: “I have seen him perform and you go, ‘How many f***ing hit songs has this guy written?’.

“He sings one after the other and most are number ones. He’s amazing.”

Bearing in mind his Beatles infatuation, I ask Ozzy if he wishes he’d ever spread wings away from the heavy metal arena.

“You know what, I would have liked to have been a little more varied,” he replies.

“Black Sabbath music is very aggressive even if some of it is foot-tapping.

“But we fought the f***ing world to make it big,” he says proudly, before adding, “but mind you, it’s a good thing we didn’t get our royalties when we were 23 because I would have f***ed myself into another planet.”

As our chat comes to a close, Ozzy tells me why he named his new album after opening song, Patient Number 9.

“It’s about being in a lunatic asylum and I should have probably been in a few of those,” he says.

“Why not Patient Number 8 or 7?” I ask him. For some reason, Ozzy finds this question incredibly funny and we both start laughing until tears stream down our faces.

I never discover the answer but it’s great to report that the Prince Of Darkness is still a shining light. 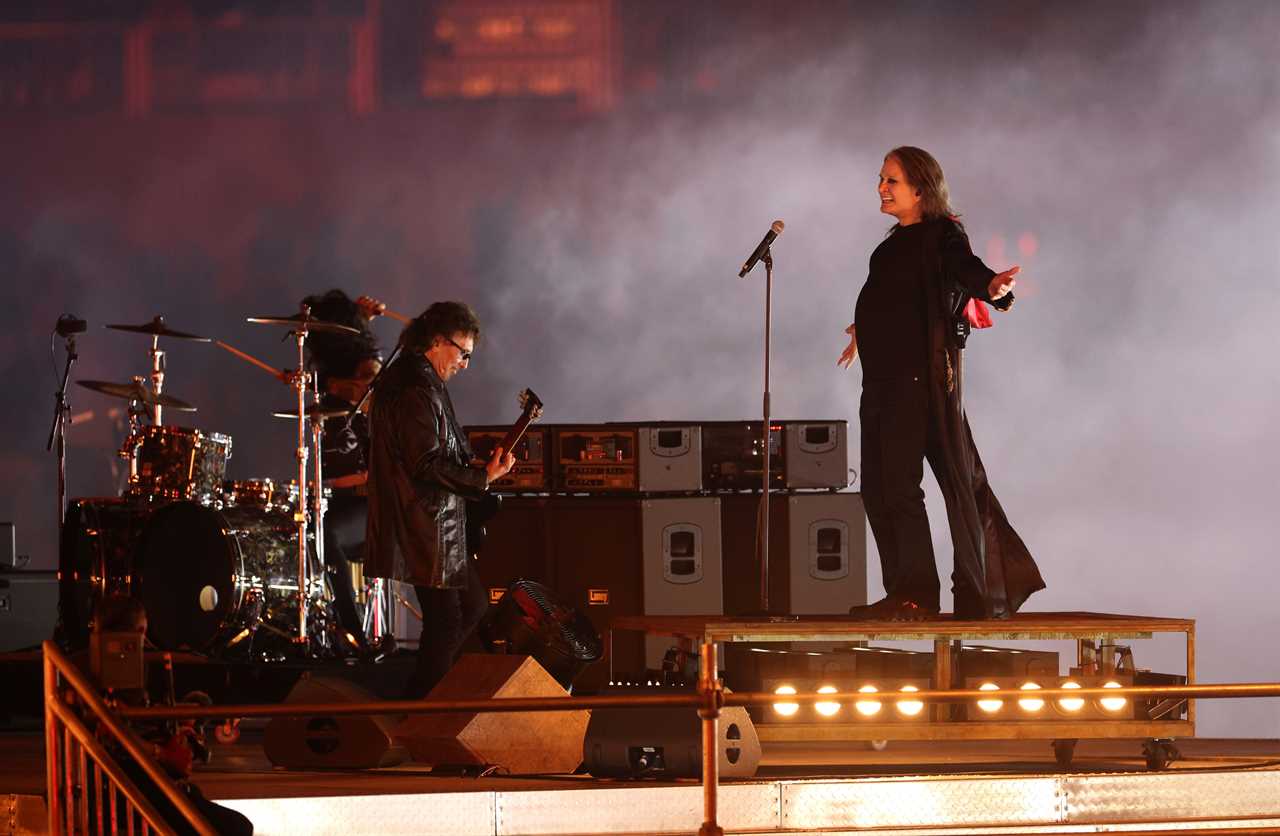 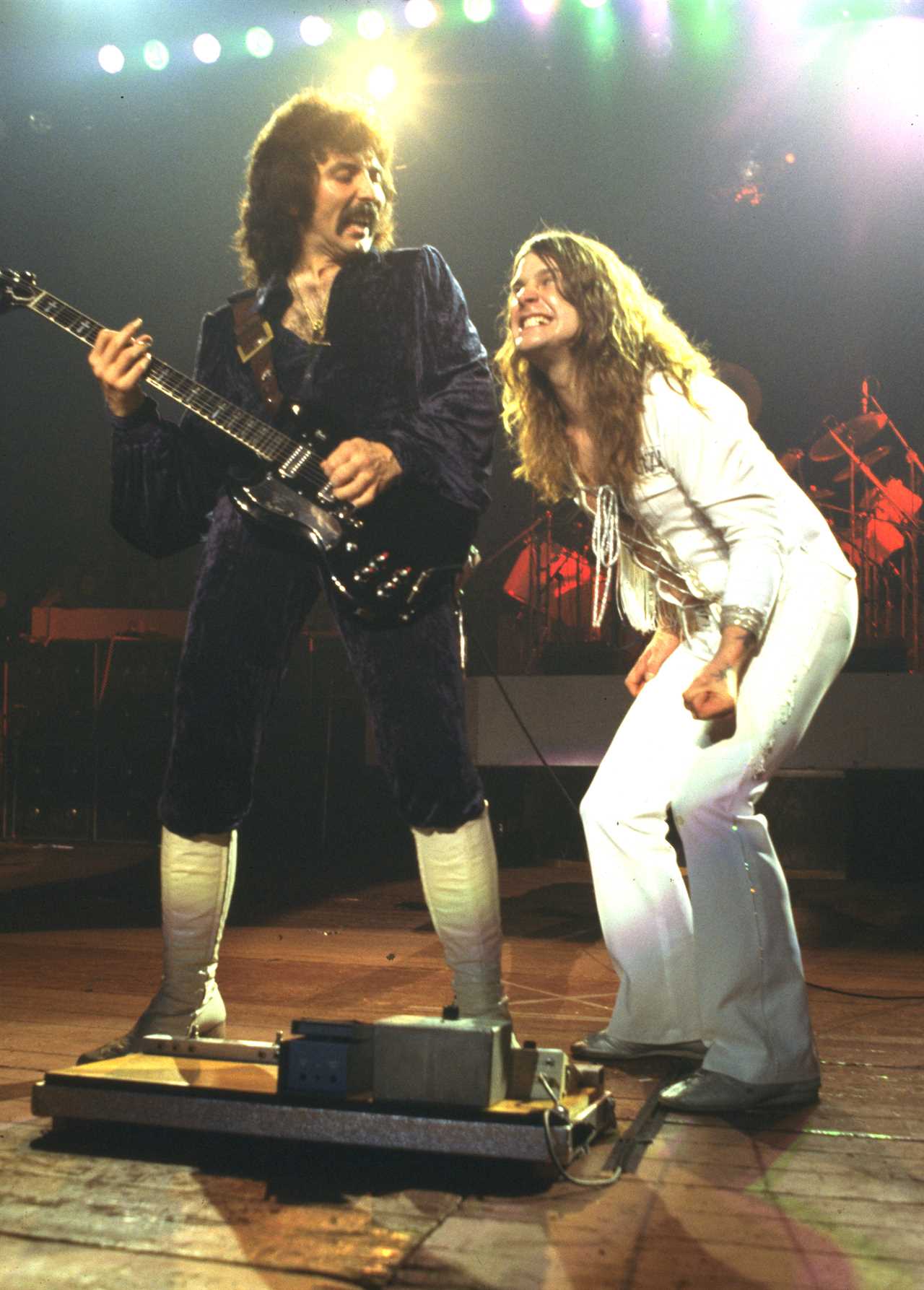 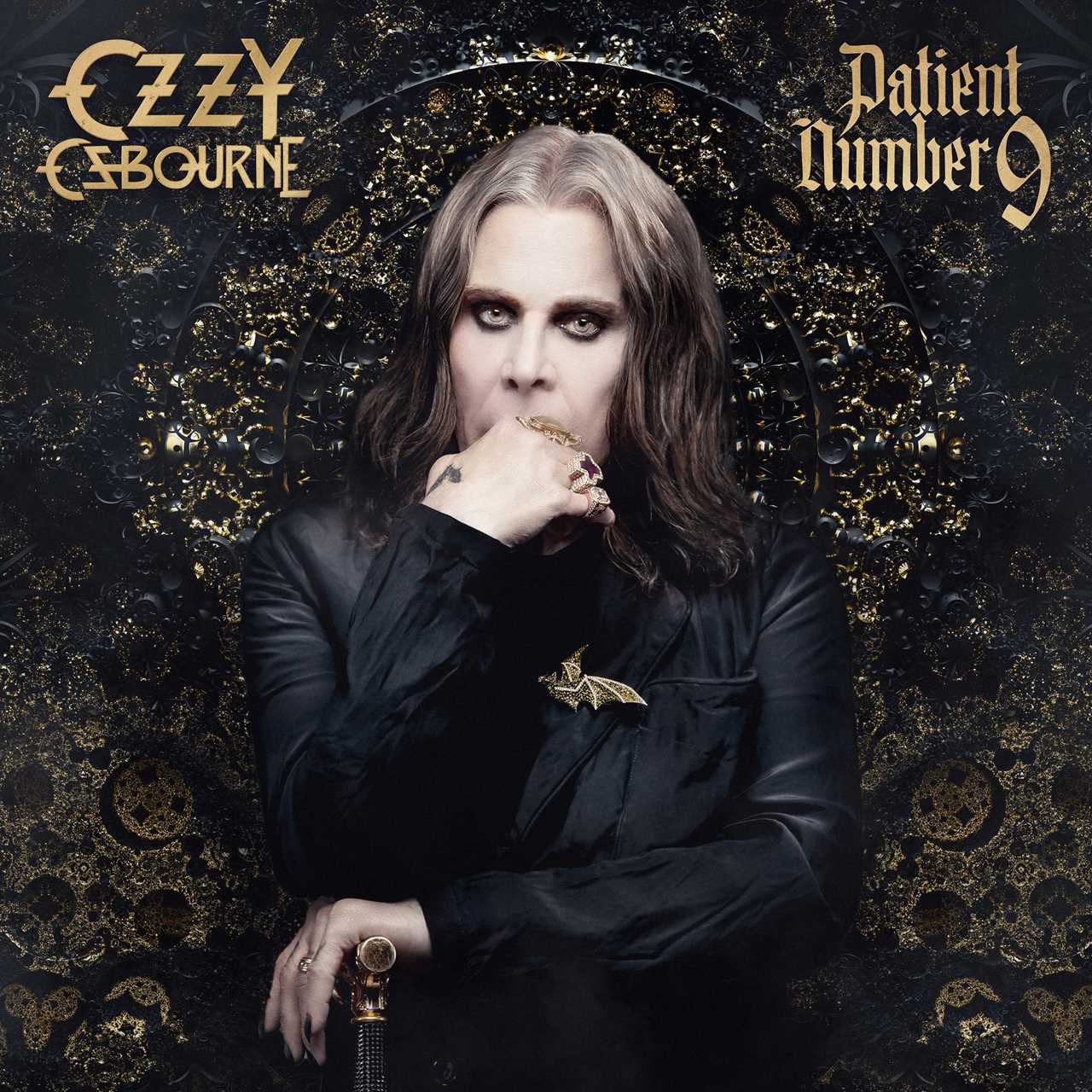