RICKY Gervais gleefully insists he wants viewers to be offended by his darkest ever work After Life – which sees him smoke heroin in his living room..

RICKY Gervais gleefully insists he wants viewers to be offended by his darkest ever work After Life – which sees him smoke heroin in his living room and assist in the death of his drug dealer.

The comedian, 57, wrote, directed and stars in the Netflix series, which follows grief-stricken local reporter Tony as he struggles to come to terms with the death of his beloved wife Lisa [Kerry Godliman] from cancer.

Over six hilarious yet deeply emotional episodes Tony alienates colleagues, family and friends through his dour outlook on life, stinging insults and shocking behaviour – including calling a schoolboy a “ginger c***” and providing his addict dealer with enough cash to fund an overdose.

After Life is packed full of shocks which could prove uncomfortable for some viewers, but Ricky – who shot to fame in hit sitcom The Office –  isn’t apologetic about the heavy subject matter.

Speaking exclusively to The Celeb Report Online, he explained: “I think people identify with it. They know why he’s [Tony] doing it because he’s angry, and the comedy comes in all this despair.

“The comedy comes from the audience living vicariously through this man who’s freed up. We all wish we could say what we want sometimes. 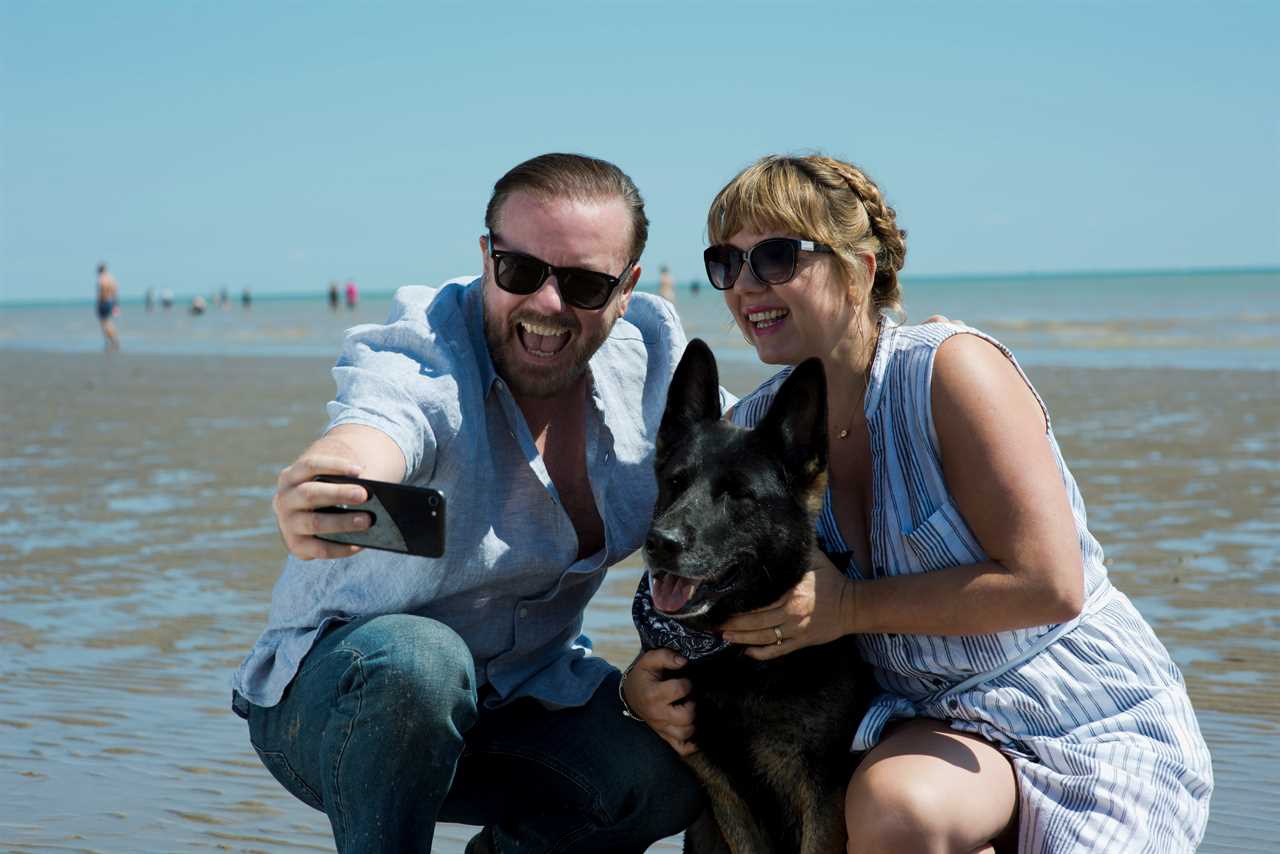 The comedian, 57, wrote and stars in Netflix series After Life, which follows grief-stricken local reporter Tony as he struggles to come to terms with the death of his beloved wife Lisa from cancer

“I think no harm can come from discussing taboo subjects, whether in an article or university paper, or two people at home or in a so-called comedy, as long as you do it intelligently, bravely and honestly. That’s a good thing. The discussion is a good thing

“Offence is a good thing. It makes people think, they formulate an argument.”

On his journey of rediscovering the joy in life and finding a semblance of meaning, straight-talking Tony comes close to losing those who care about him most.

Loyal pal Lenny [Tony Way] accompanies Tony on a range of banal and wacky local news stories, from a man who thinks a stain on his wall looks like Kenneth Branagh to a woman who makes rice puddings using her breast milk. 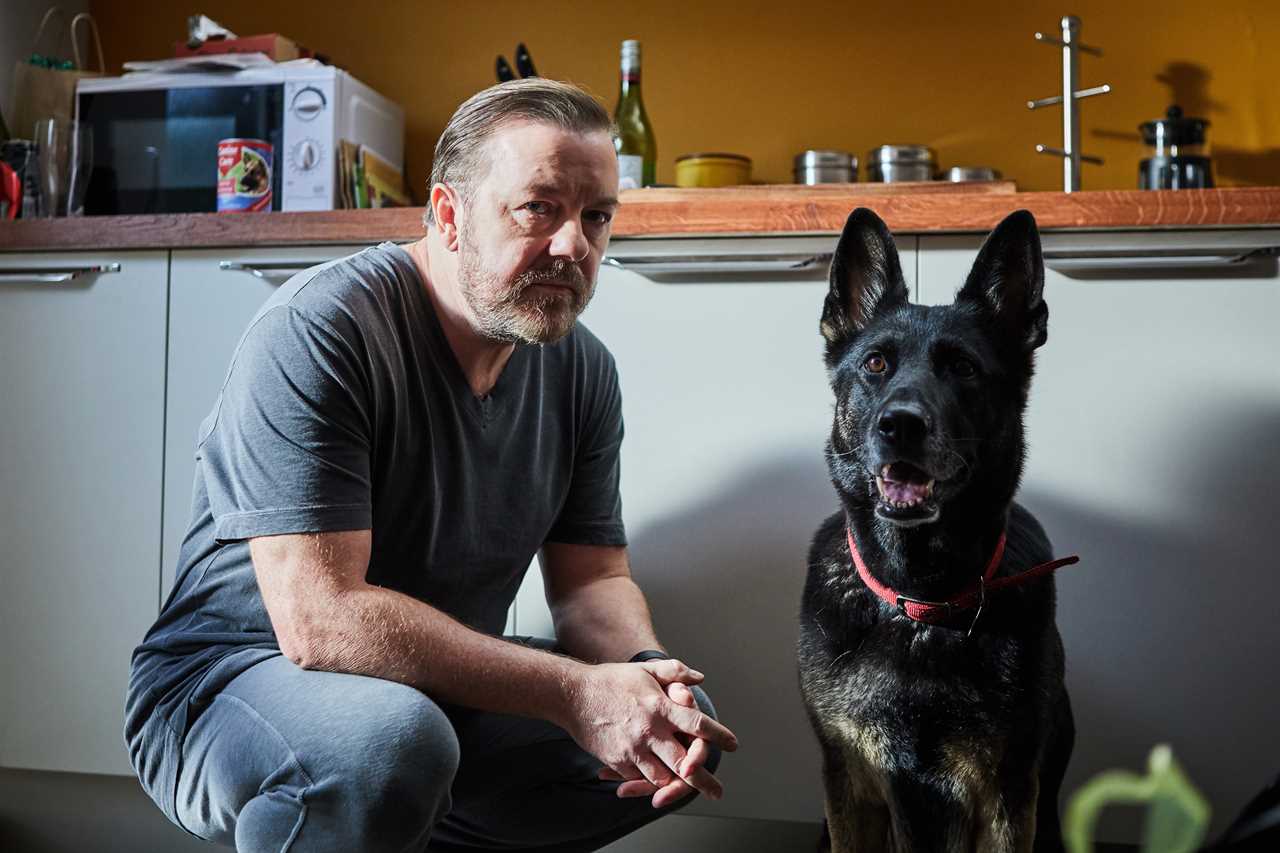 On his journey to rediscover the joy in life and some semblance of meaning, straight-talking Tony comes close to losing those who care about him most

But he has to put up with being mercilessly ridiculed in front of colleagues in the office – having his “neck fat” squeezed and appearance insulted.

However, Ricky isn’t as harsh as his on-screen alter-ego.

Tony told us: “The character is crueller [laughs]. Ricky’s not cruel like that.

“It’s back and forth, Ricky can take it as much as he gives it out. The truth about the set is there’s lots of laughing. There are takes when you’re getting into 20 and 30 takes and no else in the room is laughing apart from you.” 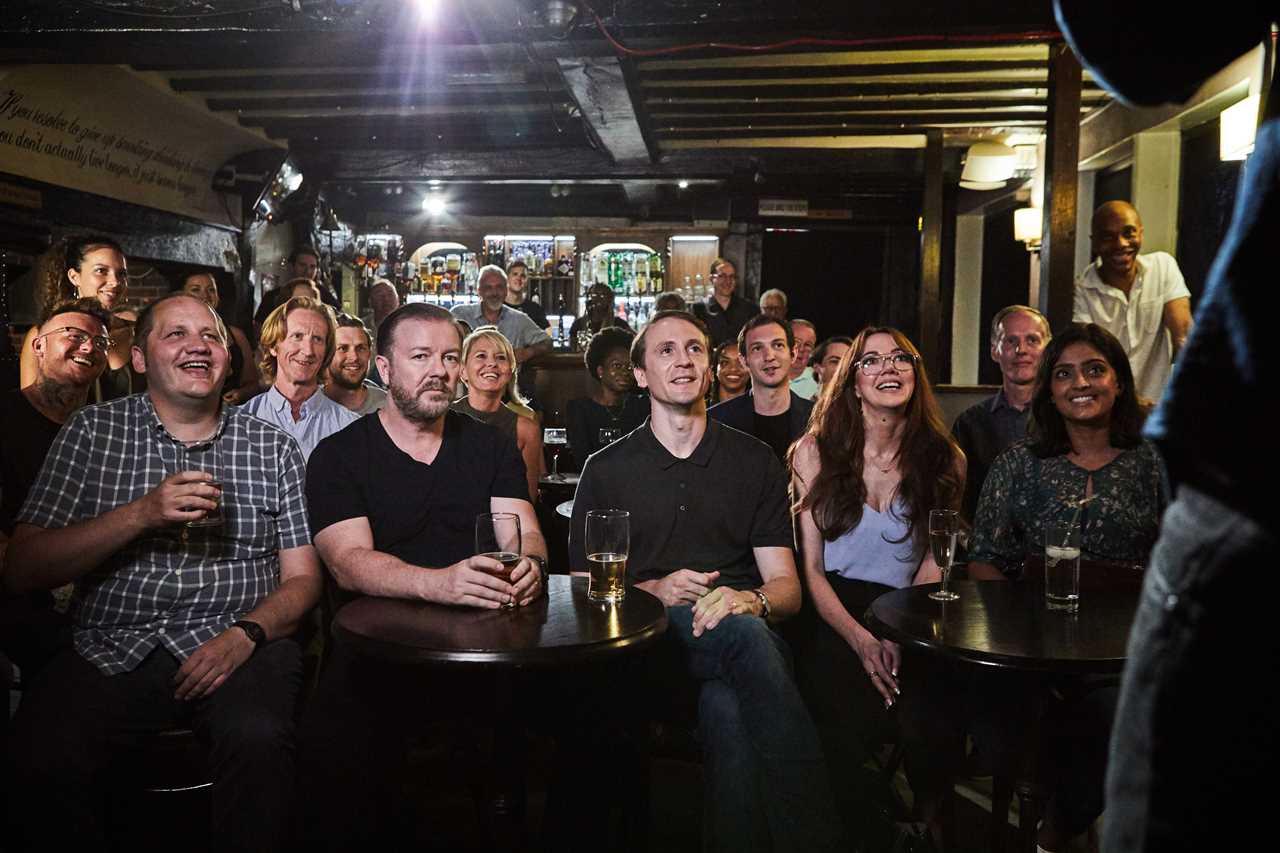 However, there is definitely one trait where Ricky and Tony do overlap.

During a hilarious scene in a pub, Tony is infuriated by a man munching crisps loudly.

“The thing in the pub was impossible to film,” laughed Tony. “That really is Ricky. He doesn’t like loud eating – that’s a genuine thing. There was a time I was looking at him and was like ‘this isn’t acting anymore this is genuine annoyance.'”

Using Netflix as a platform has granted Ricky the freedom to explore his ideas fully without the constraints of a traditional studio, something he feels has allowed the project to flourish.

“It’s the best of all worlds, zero interference,” he said. “I don’t have to worry about what a studio or broadcaster are saying. It’s just great!”

After Life is on Netflix from Friday March 8th