A RARE 50P error coin has sold for £255, all because a part of the design is facing the wrong way.The rare coin sold just yesterday on eBay, 510..

A RARE 50P error coin has sold for £255, all because a part of the design is facing the wrong way. 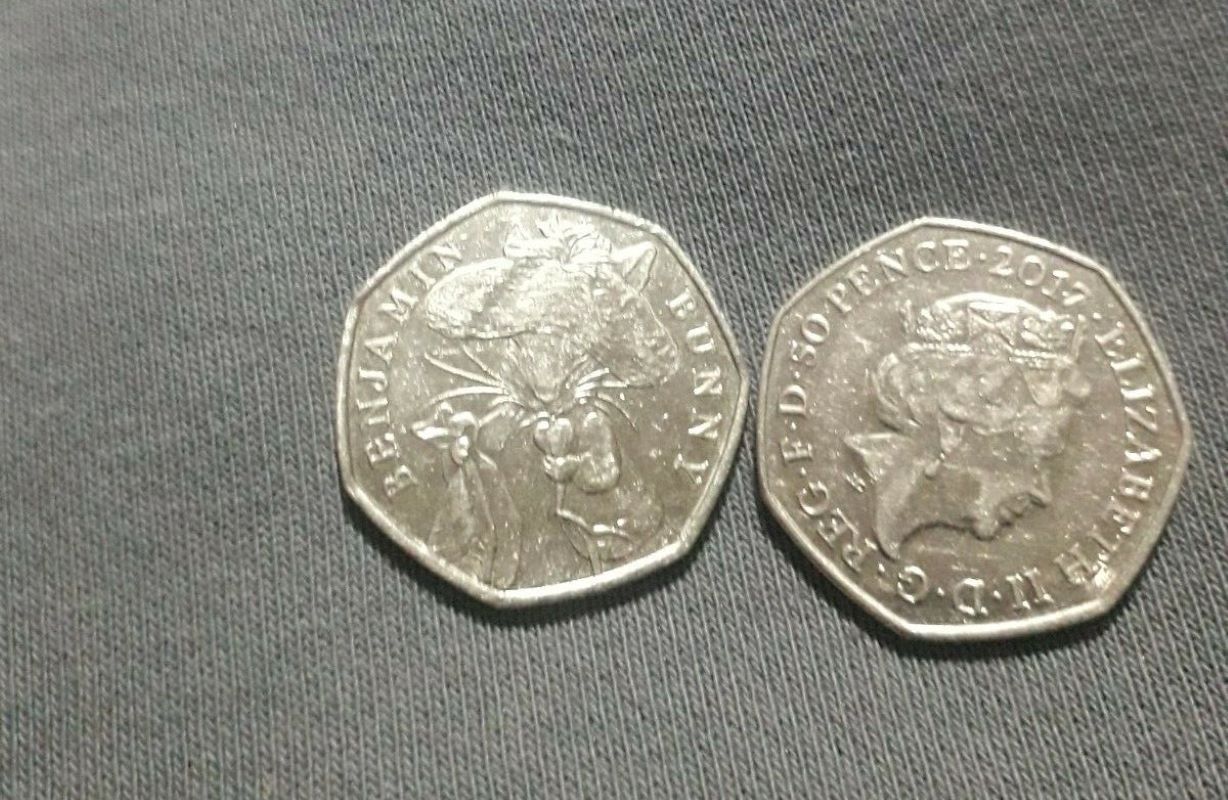 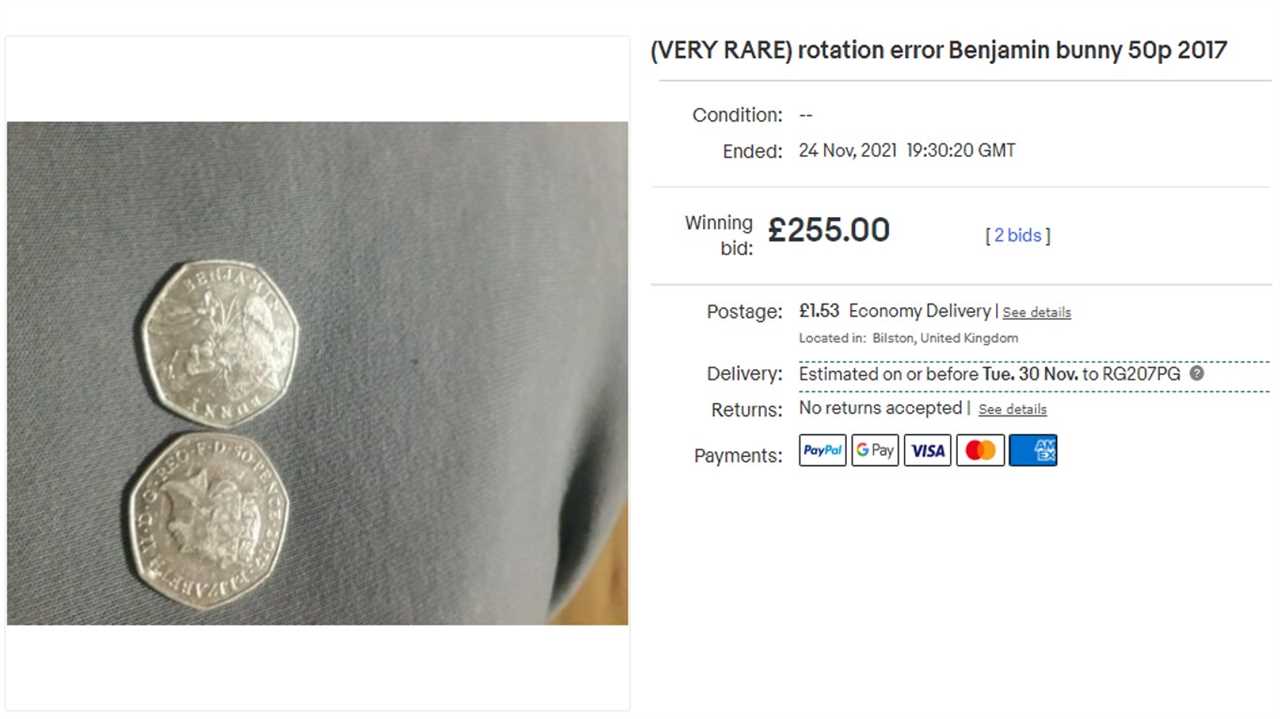 It’s worth noting that only two bids were placed on the coin, so change experts may be skeptical if the coin sold for as much as it said it did

The error, that’s left the Queen’s head in a different direction on the obverse to the design of Benjamin bunny on the reverse, will have happened in the minting process.

In the listing description, the seller said: “In the picture you will see the rotation error where the Queen’s head is – that’s how far the rotation is on the coin.

“When you flip it round, it should be facing up the same way as Benjamin bunny.”

That unique flaw has only rocketed the value of the coin in the eyes of particular bidders though.

The Royal Mint manufactures between three million and four million coins a day, so it can be common for things to go wrong and designs to come out a little obscure.

“It’s very rare and in lovely condition too,” the seller added.

The Benjamin bunny coin is one of four 50p coins that were released in 2017 to celebrate famed author Beatrix Potter –  coins with Peter Rabbit, Tom Kitten and Jeremy Fisher on were also released as part of the collection.

25 million of the coins were minted, so alone it won’t usually go for much more than £2.60.

But finding one with a mistake is rare, though it does make the coins more desirable at the same time, especially as they’re produced in low numbers.

Could I be quids-in with a rare error coin?

Often times error coins will sell for a lot more than their face value.

In April a rare £1 sold for £155 because it had upside down writing on its side.

Plus in February last year, another mis-struck £1 coin was sold for £112 as it had an error that left the silver-coloured inner part of the pound looking like a fried egg.

Error coins are still legal tender – so long as the original coin is still in circulation too.

That means you could easily come across one in your change.

Get an imperfect coin verified by the Royal Mint, and you could then place a value on yours if you come to sell.

It will also let you know if your change is legitimate or not as unfortunately there are many fake coins in circulation.

Online tools from change experts like Coin Hunter are helpful to see how much it could be worth too.

Plus, the number of bids on the listing can help you establish that the coin is the real deal as well.

The Benjamin bunny error coin only had two bids placed on the listing, so many coin experts will be skeptical of whether it actually sold for the price it said it had.

Also remember that if you’re selling on eBay, you need to keep in mind that a buyer could pull out as well which means it won’t have sold for the price that it says it has.

We pay for your stories!

Do you have a story for The Celeb Report Money team?

Email us at [email protected]