SHE was a billionaire Countess who became one of the most powerful women in horse racing, mixing with royals and holding lavish parties at her..

SHE was a billionaire Countess who became one of the most powerful women in horse racing, mixing with royals and holding lavish parties at her Austrian castle.

But behind the glamour, Nazi socialite Margit Batthyany hid a murderous dark side that would see her dubbed the ‘Hostess from Hell’. 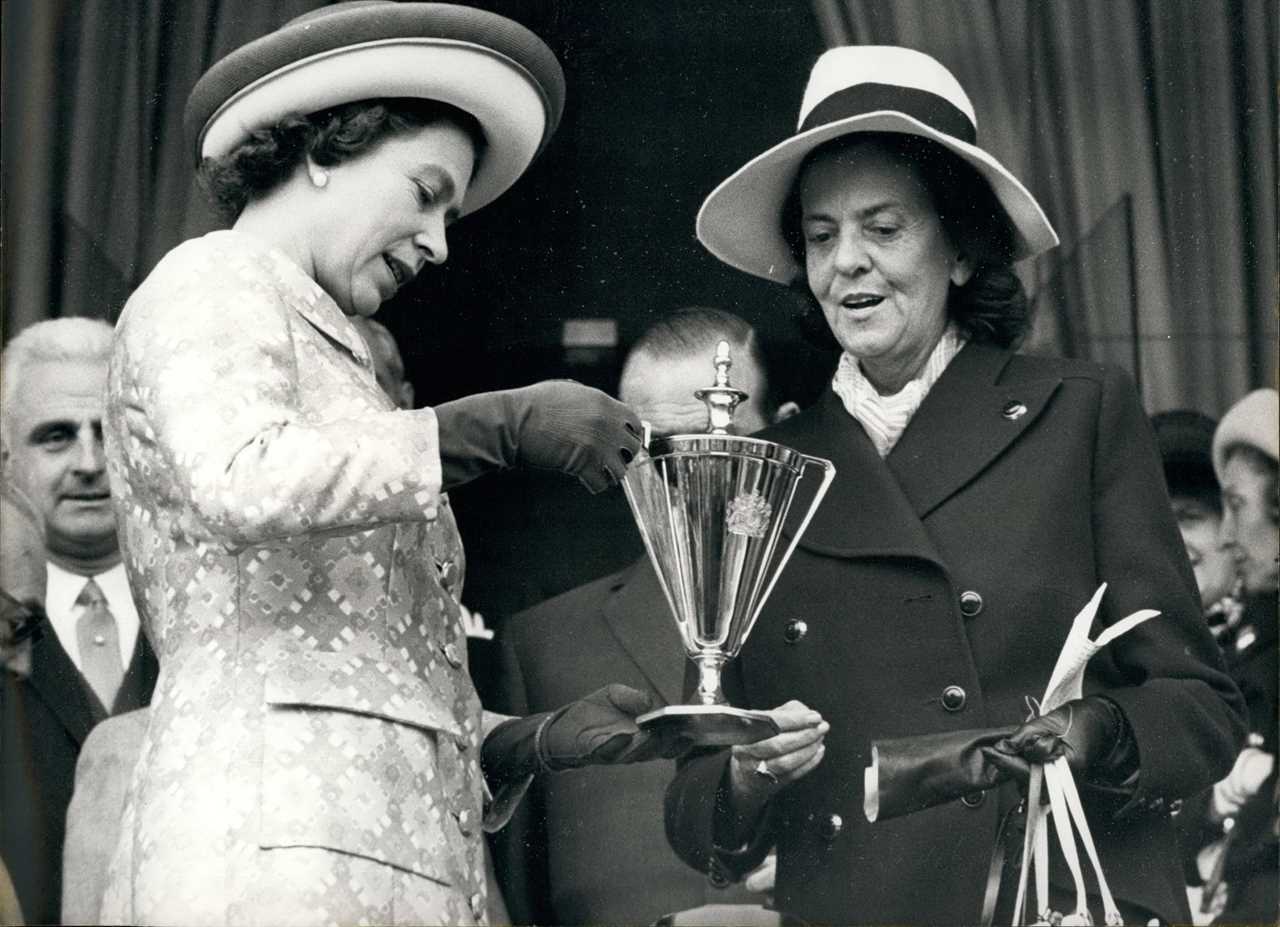 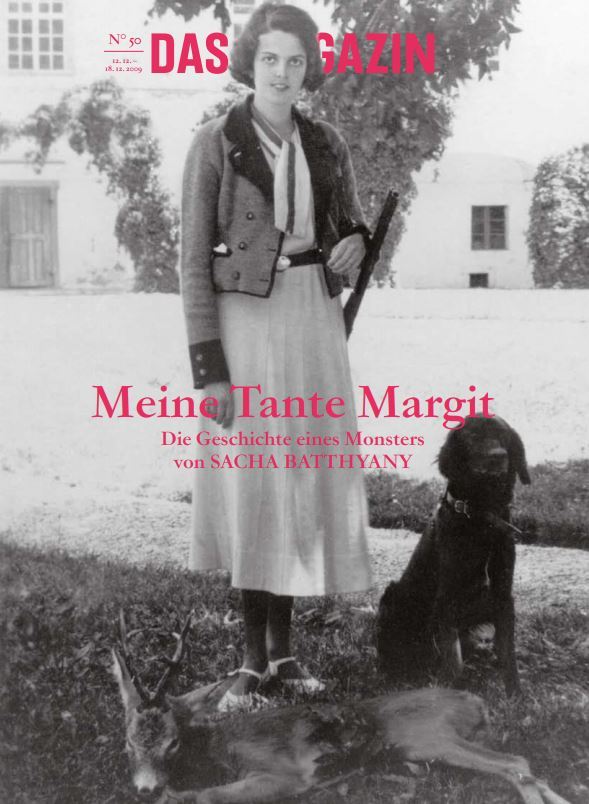 The socialite was described as being ‘sex obsessed’ and particularly bloodthirsty

During the last days of the war in 1945, Gestapo leaders, Nazi soldiers and socialites descended on the Countess’ grand 17th-century castle in the quiet Austrian village of Rechnitz to drink and dance into the night.

The war was coming to an end and Red Army troops were only 10 days away from the village, near the Austria-Hungary border, when the Countess decided to hold a party on the eve of Palm Sunday.

It would later be known as the Rechnitz massacre – a murderous party that would host one of the last horrific Nazi crimes against Jewish people.

A wealthy descendant from the German Thyssen family, the glamorous socialite was a Nazi supporter who lived a lavish lifestyle thanks to her rich industrialist family.

She went on to own horse farms from Kentucky to France and won three major horse racing titles, including the Prix de l’Arc de Triomphe in 1972 with the filly, San San – even rubbing shoulders with the Queen.

But her roaring racing success in the years after the war concealed her previous affairs with Nazi lovers and sick “kill the Jew” parties.

On March 24, 1945, nearly 200 Jewish prisoners were said to have been executed purely for entertainment during the party at her castle, according to author David R.L Litchfield.

Those who were unable to work were stripped naked and shot by drunken guests, while those who remained alive were then told to bury the dead before also being gunned down.

Other sick atrocities were also said to have been carried out at the castle after Jews were reportedly brought there to build a wall that would hold back Russian forces.

One witness describes how the twisted Countess prefered to have a front-row seat to the sadistic killings and beatings.

The socialite became Countess Batthyany in 1933 after marrying Count Ivan Batthyany of Hungary – rescuing him from bankruptcy.

She lived in her husband’s castle while socialising with her Nazi lovers before the Count retired to his nearby estate to breed horses.

At the close of the Second World War, Jewish prisoners from nearby work camps were moved on before the arrival of Russian troops and 600 were housed in the cellars of her castle.

At the time, two senior Nazis were said to be vying for the attention of the Countess – her part-time lover and Gestapo official, Franz Podezin, and Hans Joachim Oldenburg, a Nazi commander.

It is thought one of the men came up with the sick game of ‘shoot the Jew’ to try and impress her. 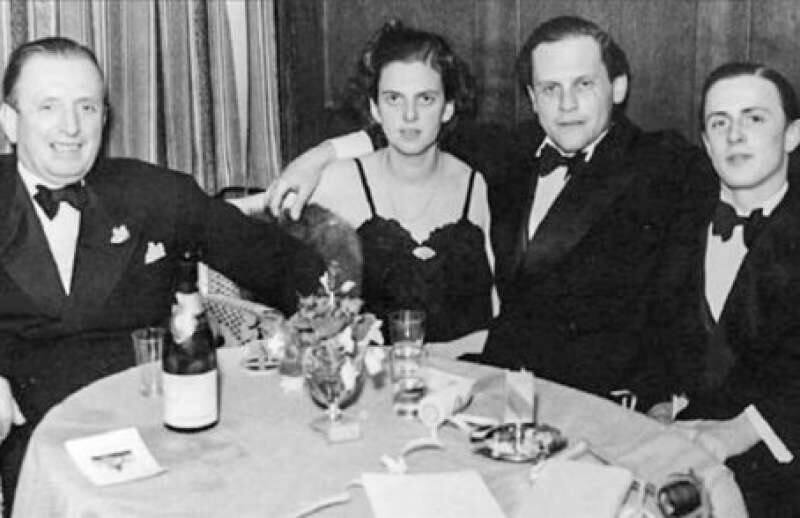 The Countess with her husband and wealthy father 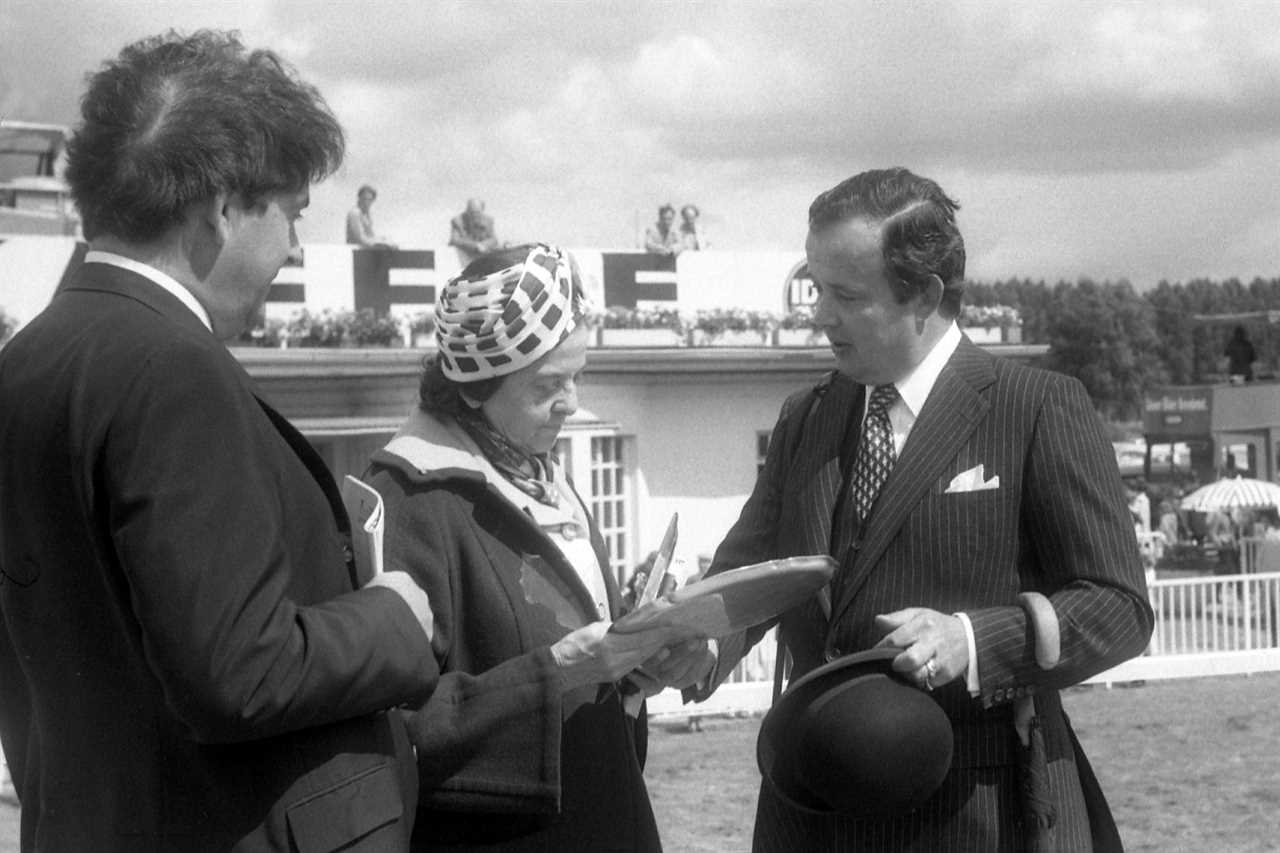 Countess Batthyany (centre) was said to be a Nazi supporter 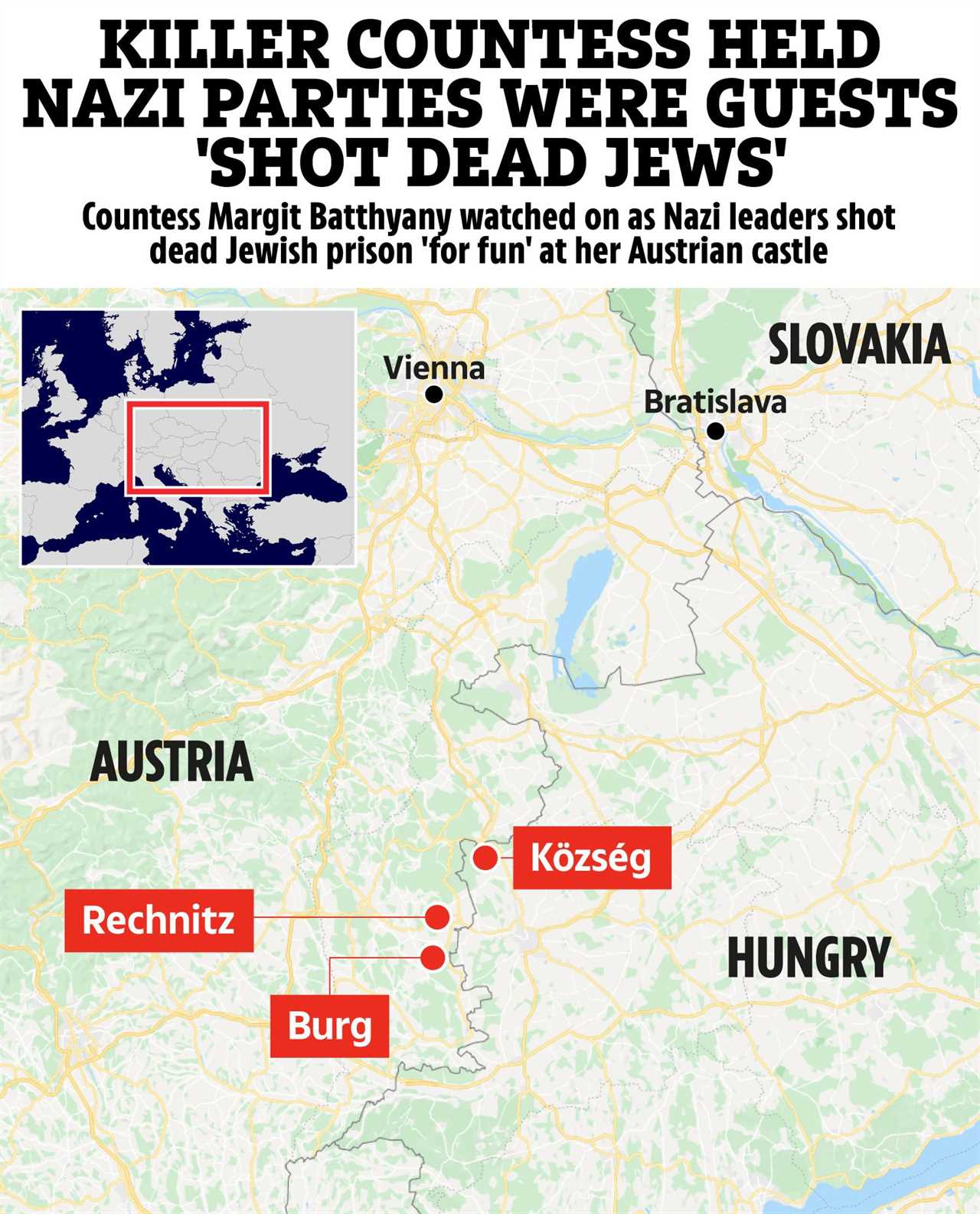 According to an article by author David Litchfield, At midnight Podezin took the countess and 15 guests to the barn and invited them to “kill some Jews”.

After the massacre, the revellers continued to party, leaving 18 prisoners to bury the bodies and dig their own graves before they were shot.

Writing in the Lit Hub, Sacha Batthyany, a niece of the Countess who knew her as “Aunt Margit”, said his father described the woman as a “monster”.

He admitted a “crime was committed” and she had a “couple of affairs with Nazis” – but he insisted she wouldn’t have been “involved” in the massacre.

The bodies of the victims have never been discovered, but the search for the site of one of the Second World War’s most gruesome Nazi massacres is now taking place in Rechnitz.

Hungarian surgeon, Gabor Vadasz, 85, is the last known living relative of those who were slaughtered at the sick party.

“My father and the other forced labourers were either hunted and shot in the head, or beaten to death,” he said.

“Afterwards, the perpetrators went back to the castle to continue the party.

“Those men were tortured and killed at this place for fun. I have been waiting for 73 years and I am getting closer and closer to the end of my life.”

Soon after the killings, two witnesses to the horrific crime were killed, and a house containing key documents about the atrocities was burned to the ground.

The Countess had already fled to Switzerland where she enjoyed a long life and reputation as a champion horse breeder.

Nowadays, only the ruins of the castle remain after it was set alight as the Red Army arrived but in the 1960s, the graves of 18 victims were found.

A monument to commemorate the atrocity was erected at the rear of a local park decades later in 1987.

Trenches, bunkers and relics have been uncovered, but the burial site of the victims remains a mystery.

To this day no one was ever prosecuted for the massacre after an investigation in 1945 lead to two suspects being killed. 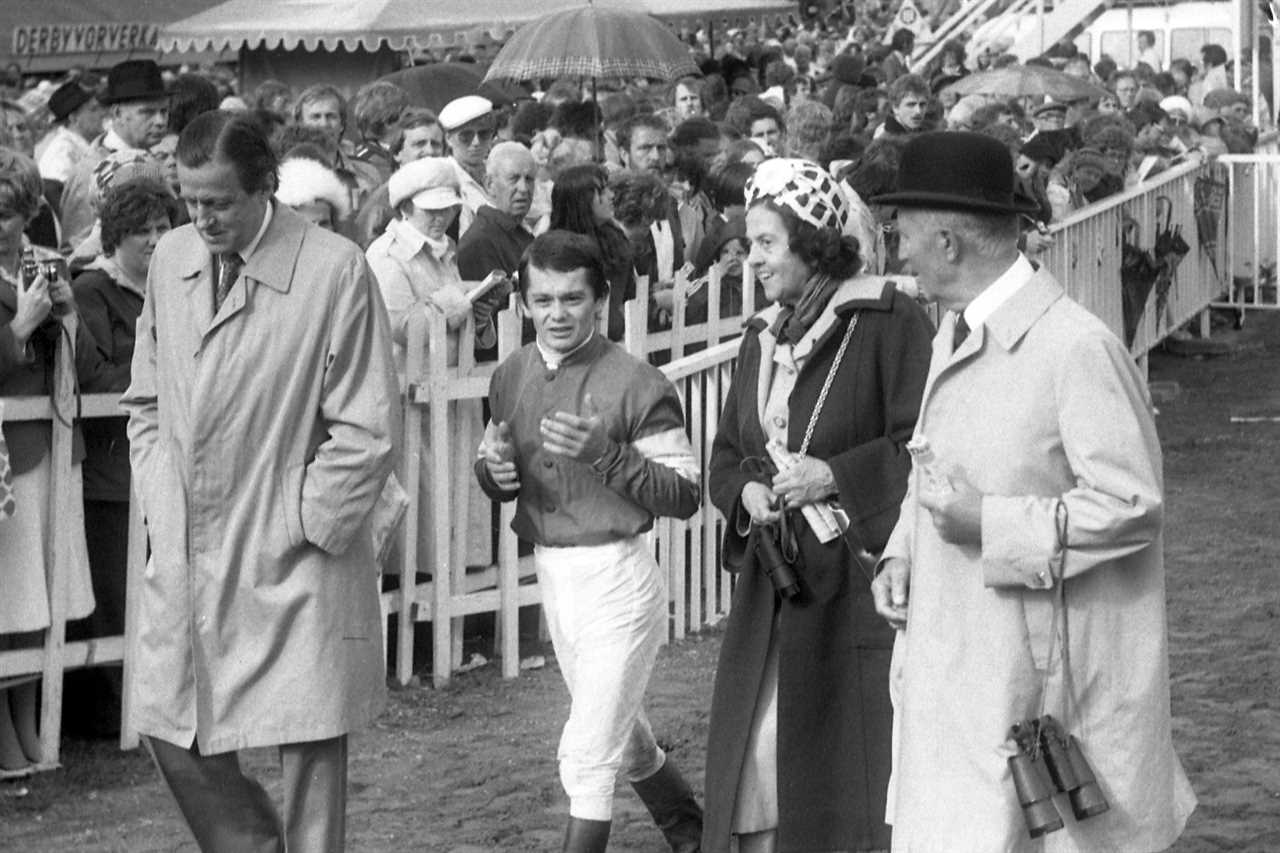 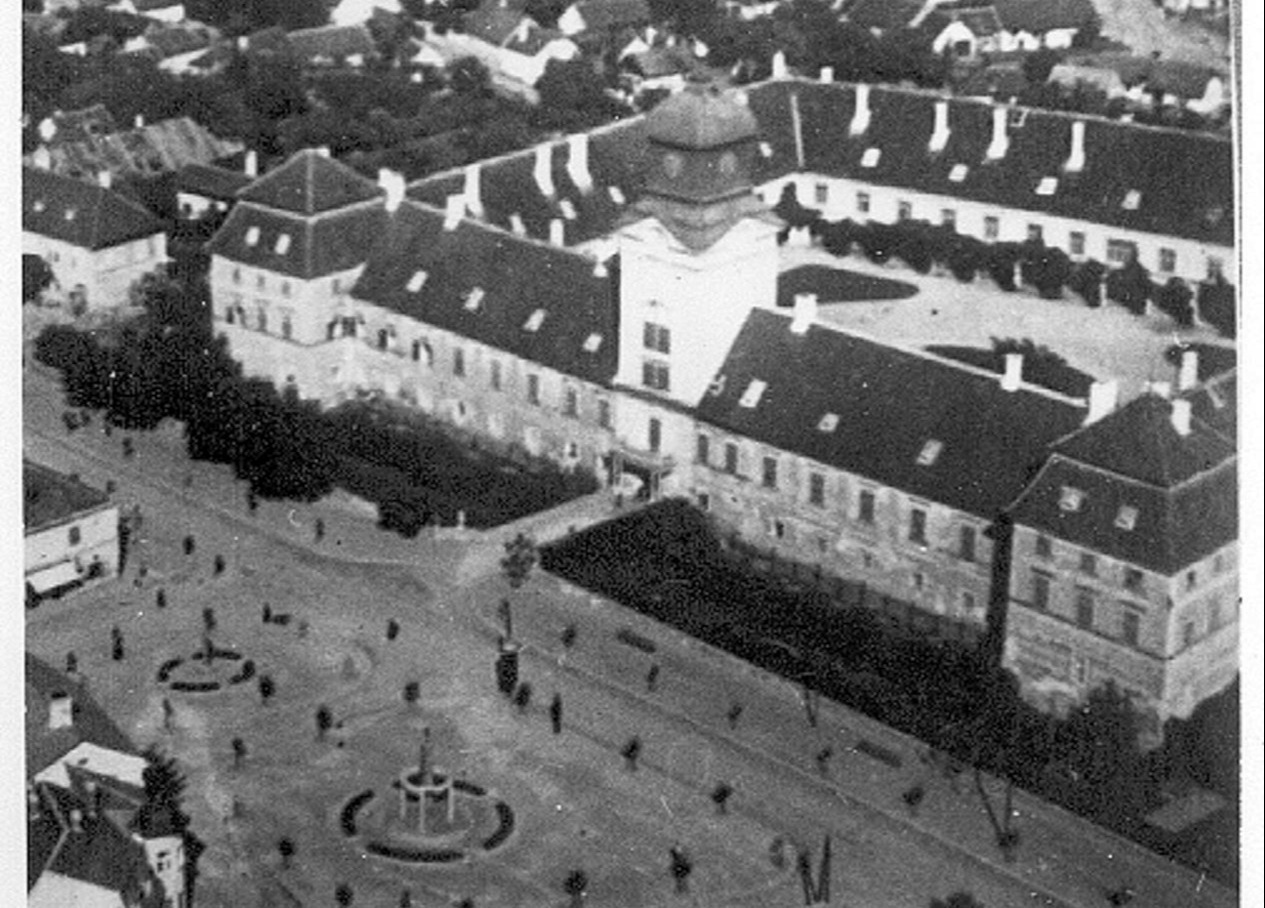 Some 180 Jewish prisoners were slaughtered at the castle in Austria for entertainment
Did you miss our previous article...
https://thecelebreport.com/royalty/prince-harry-amp-william-could-start-healing-talks-to-mend-rift-after-uniting-for-prince-philip-documentary-says-expert
mostpowerfulwomenthelastbehindtheglamour