How old is Meghan Markle?

THE CALIFORNIA born actress celebrated her birthday August 4, 2022.The Royal Family took to social media to wish her a special day.Who is Meghan..

The Royal Family took to social media to wish her a special day.

Who is Meghan Markle?

As a child, Meghan spent a lot of time on the set of US TV show Married…With Children because her father was a photography director on it.

Meghan was “discovered” at a party but while her career was starting out she worked as a freelance calligrapher.

Her mother, Doria Ragland, is a yoga instructor and social worker.

And her father, Thomas W Markle, won a Daytime Emmy Award for Outstanding Achievement in Lighting Direction for a Drama Series. 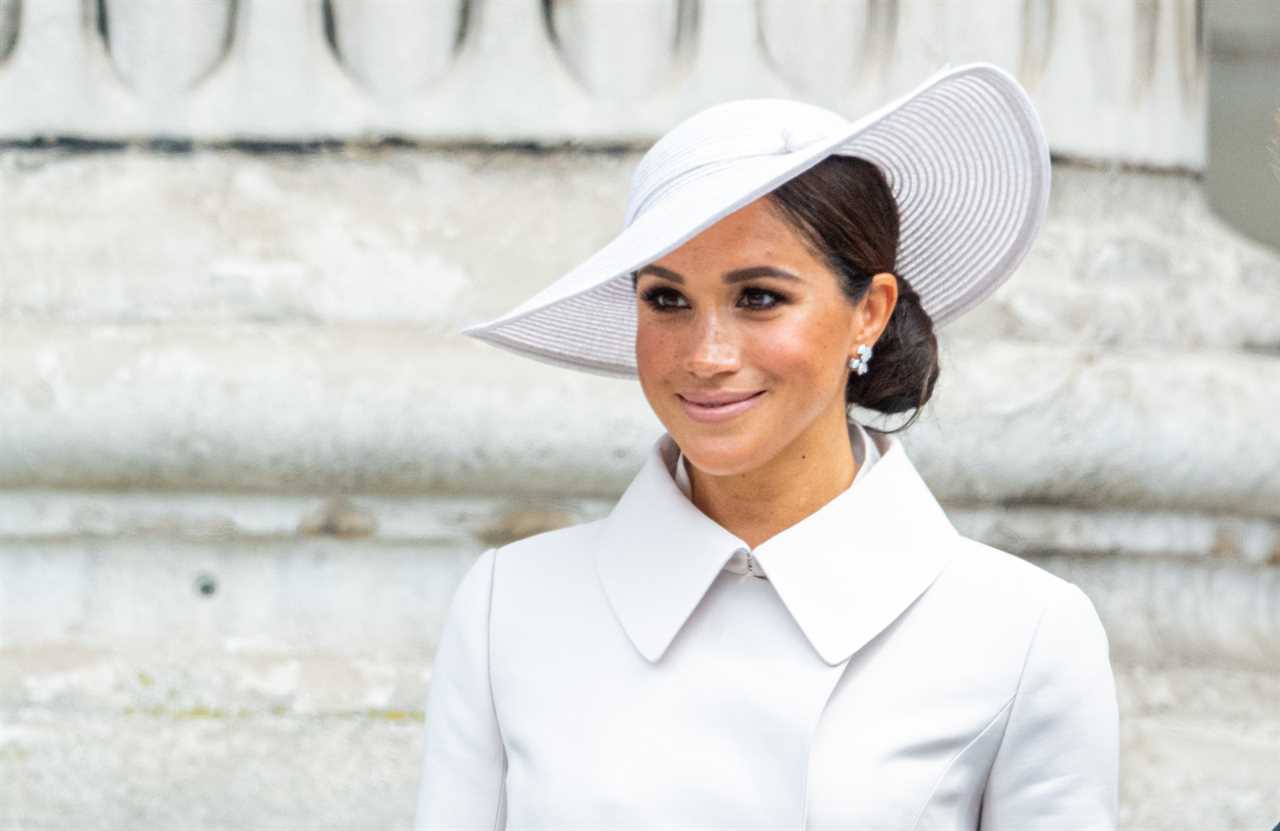 Meghan is 5ft 6in compared to her husband Prince Harry’s 6ft 1in frame.

She gave birth to the couple’s first child, son Archie Harrison Mountbatten-Windsor, on May 6, 2019.

In November 2020 she revealed her “unbearable grief” at the miscarriage of her second child in July.

But on February 14, 2021, the couple revealed she was pregnant with the Queen’s 11th great-grandchild.

In an exclusive interview with Oprah Winfrey they revealed they were expecting a girl.

How old is Meghan Markle?

The actress was born and raised in California but then lived in Toronto, Canada, where the TV show Suits was filmed.

Doria is African-American, while Meghan’s father is Dutch-Irish –  the family were victims of racial abuse when Meghan was younger.

What is her net worth?

According to the Entertainment Times, Meghan has an estimated net worth of £3.8million ($5million) which she accumulated from her acting career.

She starred in over 100 episodes of the legal drama Suits, where she was paid £40,463 ($50,000) per episode – according to knownetworth.com, towards the end of her acting career.

Meanwhile, her combined net worth with Prince Harry is reported to be around £50million ($60million).

Prince Harry’s net worth is reported to be at least £19.2million ($25million), which is made up of an inheritance from Princess Diana and an annual allowance from Prince Charles.

It’s unknown how much of this comes from the crown.

What TV shows has she appeared in?

In terms of her acting career, Meghan is best-known for playing the role of Rachel Zane in the USA Network show Suits.

However, Meghan first appeared on television screens with a small role as a nurse in an episode of the daytime soap opera General Hospital in 2002.

On the big screen, Meghan has appeared in Horrible Bosses, Get Him to the Greek and Remember Me.

In a non-acting role, she also had a brief stint on Deal Or No Deal in 2006 as a briefcase model.

What causes does Meghan Markle support?

Meghan is devoted to charity work, much like her husband Prince Harry.

She is the Global Ambassador for World Vision Canada and has been to Rwanda to promote the organisation’s Clean Water Campaign.

The Duchess of Sussex has also visited Afghanistan to support US forces and their families.

In 2014 she was involved in a UN campaign for gender equality.

Meghan has spoken out about period taboos in a powerful essay and she travelled to Delhi and Mumbai in January 2017 “to meet girls and women directly impacted by the stigmatisation of menstrual health”.

Harry and Meghan registered a new charity in England and Wales under their “Sussex Royal” title.

But in February 2020 it was confirmed that “Sussex Royal” would not be used as a brand name for the couple following their step back from public life as working royals.

It was later confirmed that their non-profit would be called “Archewell”.

In March 2020, it was announced that the Duchess would serve as the narrator of Disneynature’s documentary Elephant.

The proceeds from the documentary were donated to Elephant Without Borders in order to help elephants in Botswana.

And in April 2020, she and Harry volunteered to deliver food prepared by the Project Angel Food to Los Angeles residents amid the Covid-19 pandemic in the United States.

In February 2021,  Genesis Women’s Shelter & Support in Dallas received a donation from Harry and Meghan through the Archewell Foundation following a devastating period of icy and snowy weather throughout Texas.

Later that year in April the couple were announced as chairs of an event organised by Global Citizen called Vax Live: The Concert to Reunite the World – hoping to prioritise vaccine equity around the world in light of Covid-19.

They spoke again about equal access to vaccination at the Global Citizen Live concert in September 2021, and wrote an open letter to leaders of G20 countries to speed up the global vaccine rollout.

The UK-based charity Population Matters awarded the couple the Change Champions award for their decision to maintain a small and sustainable population by only having two children.

Who was Meghan Markle’s first husband?

Before marrying Prince Harry, Meghan was married to Trevor Engelson but their union was short-lived.

Meghan has spoken about what she likes in a guy in the past, revealing she dislikes anyone who is “catty” and loves it when a man makes an effort to impress.

She said: “If the guy is going to write a girl a letter, whether it looks like a doctor’s note, if he takes time to put pen to paper and not type something, there’s something so romantic and beautiful about that.”

Trevor is a film producer and literary manager, and married dietitian Tracey Kurland in May 2019 in California.