Is Prince Andrew still a prince?

ON January 13, 2022, it was revealed that there would be changes made to Prince Andrew’s titles following a lengthy sexual assault investigation...

ON January 13, 2022, it was revealed that there would be changes made to Prince Andrew’s titles following a lengthy sexual assault investigation.

Prince Andrew was accused of sexually assaulting Virginia Roberts Giuffre when she was just 17.

Is Prince Andrew still a prince?

Prince Andrew, who was stripped of all royal and military titles following his legal trouble, will now no longer use ‘His Royal Highness’ in any official capacity – which puts him in the same position as Prince Harry.

Buckingham Palace confirmed in a statement: “With The Queen’s approval and agreement, The Duke of York’s military affiliations and Royal patronages have been returned to The Queen.

The duke’s roles will be given to other Royal Family members, a source told the BBC.

“He could never again attend a military ceremony,” a source told Express.co.uk, “Even if Andrew is completely exonerated from any wrongdoing he is now regarded as toxic.”

A spokesperson for the Ministry of Defence told the BBC that it had no comment about the duke’s military titles being handed back to the Queen and that it was a matter for the Palace.

What name will Prince Andrew go by now?

The Duke of York’s military affiliations and royal patronages have now been returned to the Queen. According to reports, Andrew will not go by His Royal Highness in any capacity.

It is unclear how he will be addressed moving forward.

Andrew’s titles have been suspended since he stepped down from public duties in 2019 amid fury at his friendship with paedo Jeffrey Epstein.

Read our Prince Andrew live blog for the latest updates 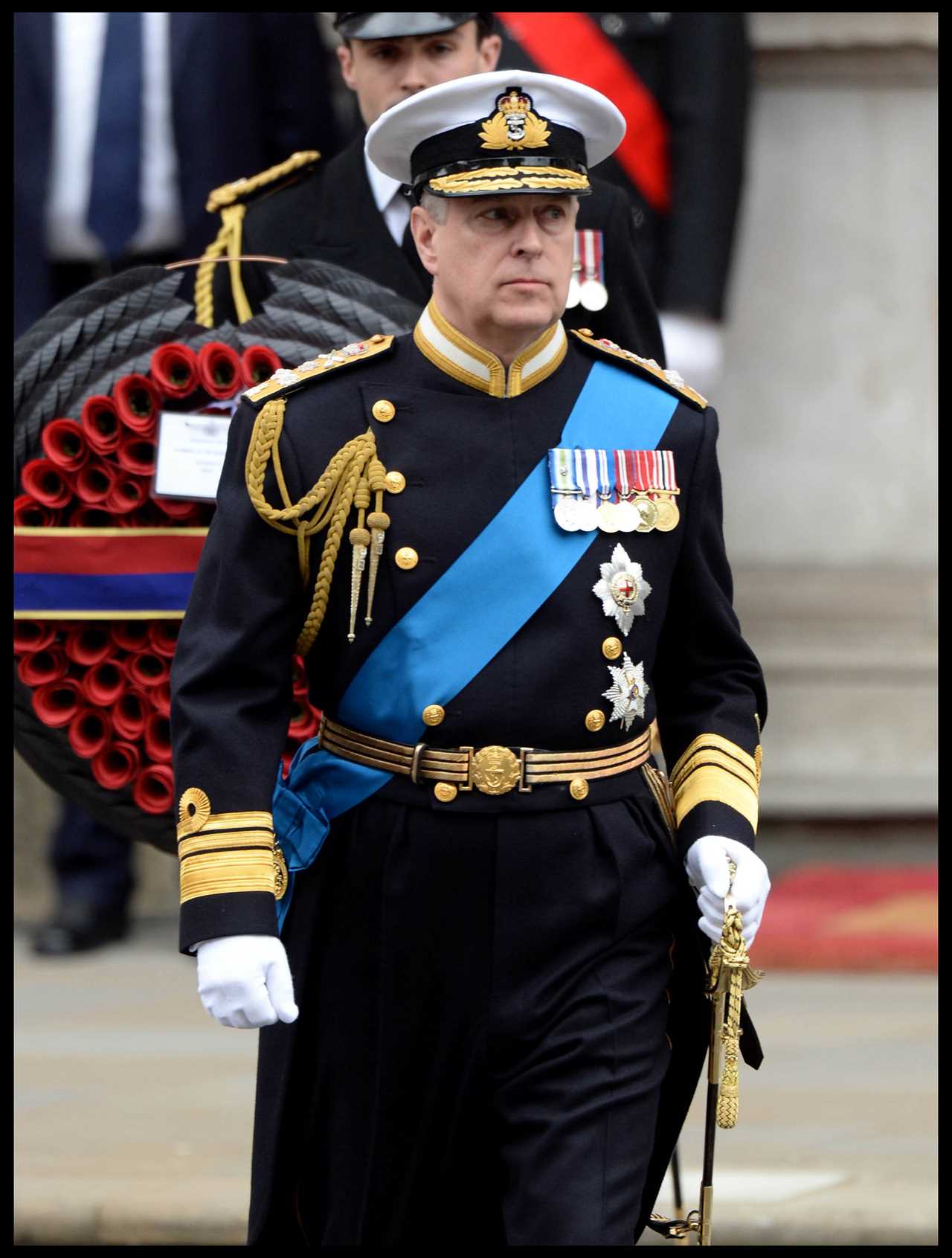 Prince Andrew is now stripped of all royal and military titles

But until January 13, the duke retained his roles – which left eight British regiments in limbo more than two years on.

His honours included Colonel of the Grenadier Guards, Honorary air commodore of RAF Lossiemouth and Deputy colonel-in-chief of The Royal Lancers (Queen Elizabeth’s Own).

Why was Prince Andrew stripped of his title?

Prince Andrew was stripped of his military and royal titles following his sex abuse scandal.

Virginia Giuffre claims she was forced to have sex with the Duke of York three times back in 2001.

Her bombshell allegations have dogged Andrew, 61, since she first made them in 2011 when the now-infamous photograph emerged of him with his hand around her emerged.

Prince Andrew strongly denies any wrongdoing and even says he has never met Ms. Giuffre.

On January 13, a source close to Prince Andrew told the BBC that the disgraced royal would “continue to defend himself” against Virginia Giuffre’s allegations.

Is Prince Andrew still part of the royal family?

Andrew, who is the third child and second son of Queen Elizabeth II and Prince Philip, is still a member of the Royal Family.

Andrew was originally ninth in the line of succession to the British throne.