PRINCE CHARLES has offered an olive branch to Harry – over fears that his imminent memoir will slam Camilla.Ahead of the Queen’s Platinum Jubilee..

PRINCE CHARLES has offered an olive branch to Harry – over fears that his imminent memoir will slam Camilla.

Ahead of the Queen’s Platinum Jubilee next month, the Prince of Wales is said to have invited the Duke and Duchess of Sussex to stay with him amid their ongoing security concerns. 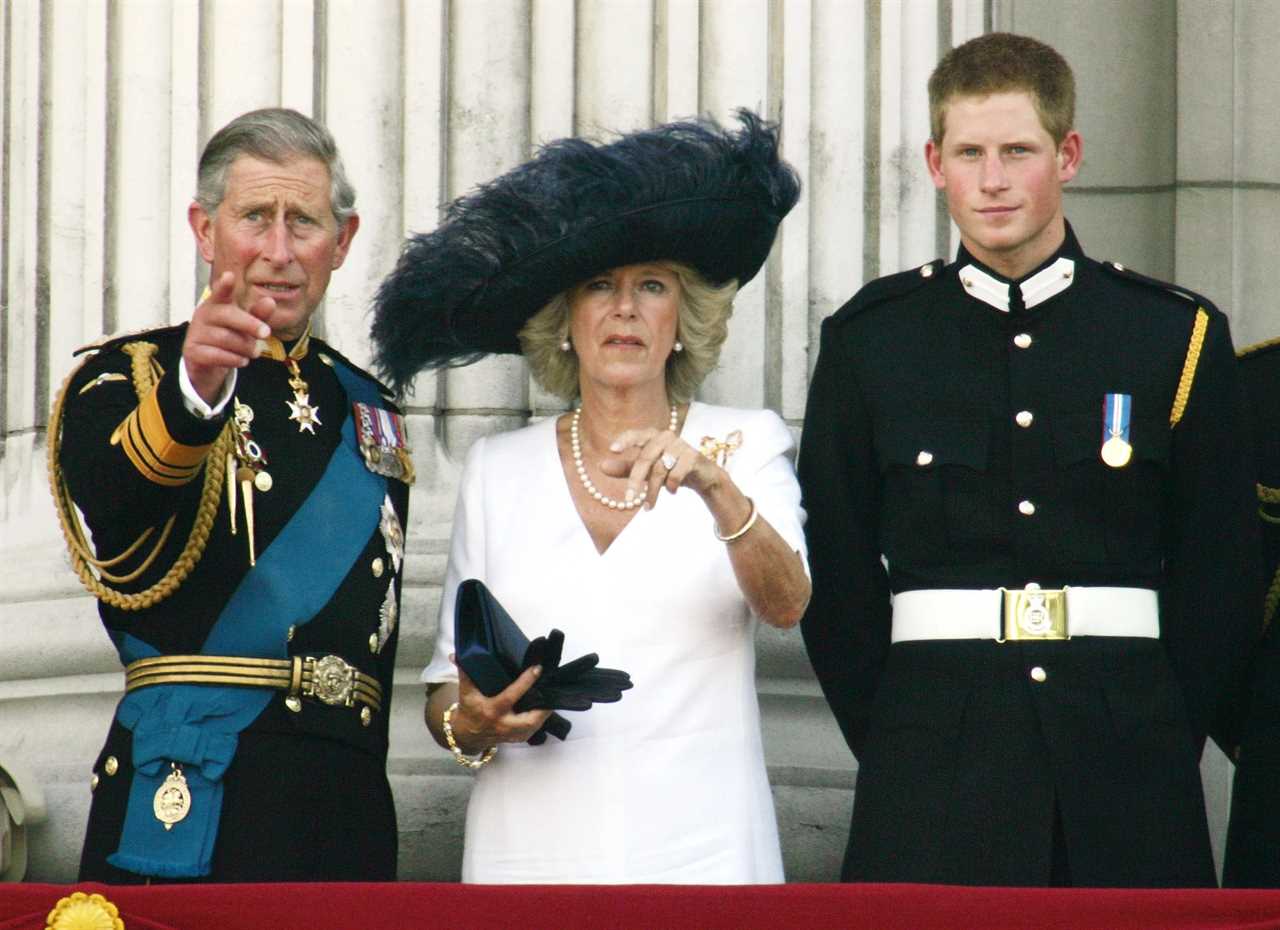 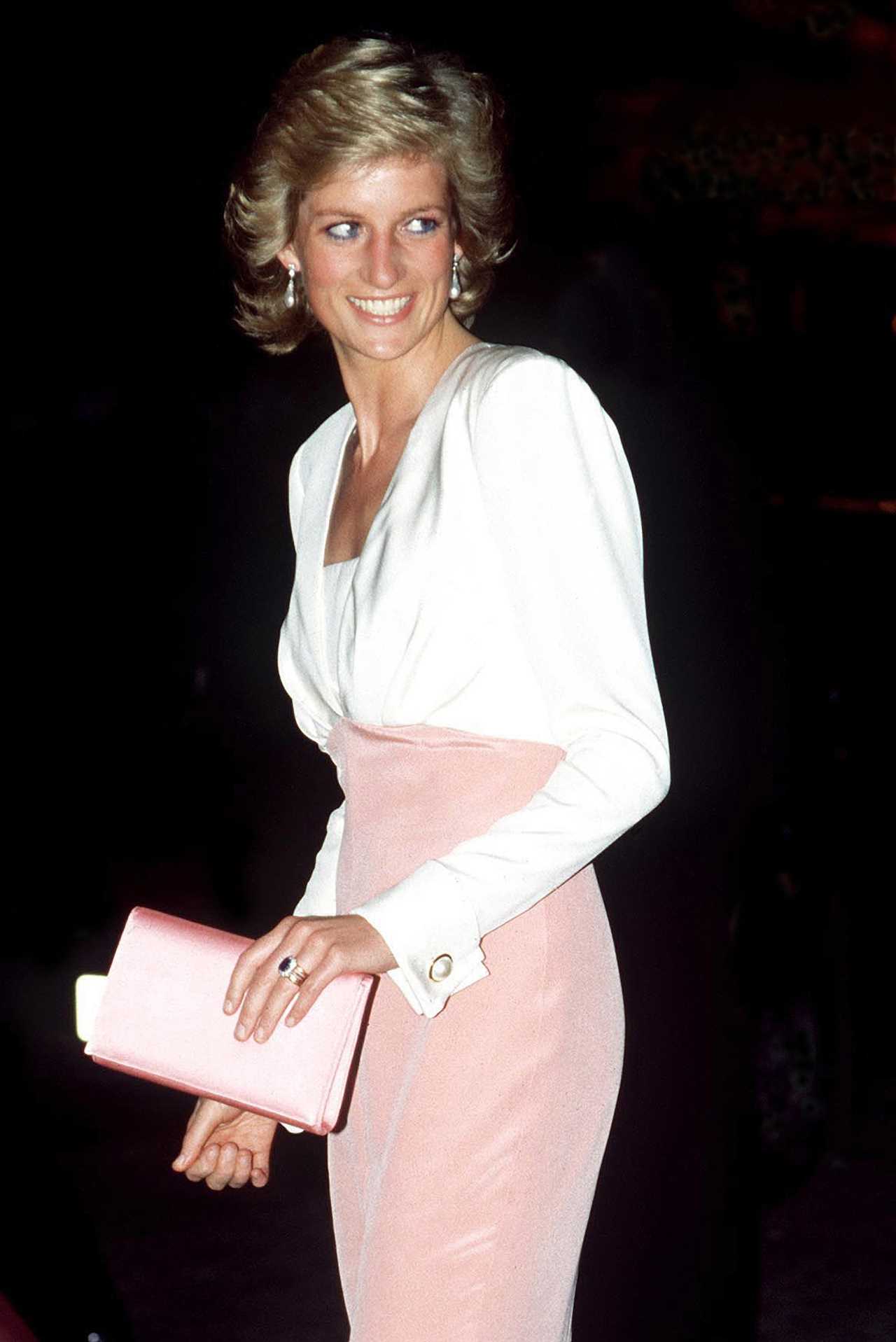 A source has said: ‘Harry is fiercely loyal and protective of his late mother and her legacy, and didn’t approve of Camilla sweeping in’

But privately Charles has told aides he worries his younger son’s shock book will be an “excoriating takedown” of the Duchess of Cornwall — particularly in the early years of the couple’s romance.

Last night a source said: “Forget the Prince Andrew saga, the main topic of discussion at Clarence House is Harry’s book — and the reputational damage it could very well do.

“There are concerns about Harry’s recollections of Camilla’s entry into the Royal Family, and how her long-running romance with Charles damaged him from a young age.

“Harry is fiercely loyal and protective of his late mother and her legacy, and didn’t approve of Camilla sweeping in as the great love of his father’s life.

“Understandably he found those early years incredibly difficult, and he might publicly blame Camilla for much of what he believes went wrong in his childhood, and the trauma the whole situation caused.

“Charles is deeply protective of Camilla. The last thing he needs — especially in a year of celebration that should be all about the Queen — is an excoriating takedown of Camilla at a time when people have finally taken her to their hearts.”

Last year Harry stunned the monarchy after announcing he had signed a book deal to tell his story.

Publisher Random House released a statement saying: “Prince Harry will share, for the very first time, the definitive account of the experiences, adventures, losses and life lessons that have helped shape him.

“Covering his lifetime in the public eye, from childhood to the present day, Prince Harry will offer an honest and captivating personal portrait, one that shows readers that behind everything they think they know lies an inspiring, courageous and uplifting human story.”

Just how “honest” Harry will be remains to be seen. And just how damaging the book could prove to Charles and Camilla similarly hangs in the balance.

The source adds: “Harry also still has anger towards his father, who insists he cut him off financially, despite the published royal accounts suggesting he didn’t.

“He hopes by inviting Harry to stay, he can gently talk to him about the book and ask if there’s anything he needs to know. He is also desperate to see his grandchildren, Archie and Lilibet — the latter, of course, whom he is yet to meet.”

Indeed, Harry reportedly has form for indiscretion. The 2020 publication of his and Meghan’s controversial biography Finding Freedom led to yet more friction between father and son.

According to insiders, Charles wanted to know if Harry had contributed to the book.

This, in turn, apparently prompted the Duke to question if his father had assisted author Robert Jobson, whose 2018 book, Charles At Seventy, first revealed Harry’s explosive, “What Meghan wants, Meghan gets” demand.

As is now well known, in November Meghan was forced to admit she had helped the authors with their research — prompting The Celeb Report to dub her Little Miss Forgetful in view of her earlier adamant denials.

Things only worsened in the seismic wake of Harry and Meghan’s claims that they had been the victims of racist comments about the colour of their son Archie’s skin.

Since then Charles himself was accused in another book of being the royal racist — something his staff have furiously dismissed as “fiction”.

And in his controversial Oprah Winfrey interview last year, Harry claimed that Charles had “literally cut me off financially . . . in the first quarter of 2020”.

However, accounts showed the Prince of Wales helped the Duke and Duchess with a “substantial sum” of money after they quit royal duties two years ago — £2million in the 2020/21 financial year.

Harry and Meghan were still listed as receiving money from Charles’s Duchy of Cornwall income, despite relinquishing their royal roles.

Of course it was Charles who footed the bill for his son’s spectacular 2018 wedding to Meghan, whom he touchingly walked down the aisle in lieu of her poorly father, Thomas.

Yet in a podcast last May, Harry made another mildly passive-aggressive dig at his father, saying: “He treated me the way he was treated.”

He added: “I don’t think we should be pointing the finger or blaming anybody, but certainly when it comes to parenting, if I’ve experienced some form of pain or suffering because of the pain or suffering that perhaps my father or my parents had suffered, I’m going to make sure I break that cycle so that I don’t pass it on.

“It’s a lot of genetic pain and suffering that gets passed on anyway so we as parents should be doing the most we can to try and say, ‘You know what, that happened to me, I’m going to make sure that doesn’t happen to you’.”

His comments are thought in part to have been a dig at the way Charles handled the death of Diana when Harry was just 12. Meanwhile, it is understood that Charles’s aides floated the idea that Prince William “go in and bat for Camilla” should any damaging or hurtful claims be made against her.

An aide added: “Charles has shared his concerns with William, and is keen he somehow go on the record and stick up for Camilla, should the book attack her.

“But as much as William loves his father, he’s unlikely to want to get involved. In all likelihood he will try and stay neutral.”

At 95 the Queen has lived through some traumatic times in the last couple of years. She was deeply saddened by Harry and Meghan’s move to the US and withdrawal from royal duties, and she has yet to meet her seven-month-old great-granddaughter Lilibet, who is named in her honour.

Last April her beloved husband Prince Philip died aged 99 — and it is fortunate that he did not live to see their sex scandal-hit son Andrew stripped of his military titles.

Last weekend it emerged that the Duke and Duchess of Sussex had threatened legal action against the Home Office.

The couple have applied for a judicial review over the decision not to allow Harry to pay for police protection when the family is in the UK.

Next month the Queen will celebrate 70 years on the throne, with an unprecedented series of special events to mark the occasion.

She must be hoping it will herald a happier phase of her reign. 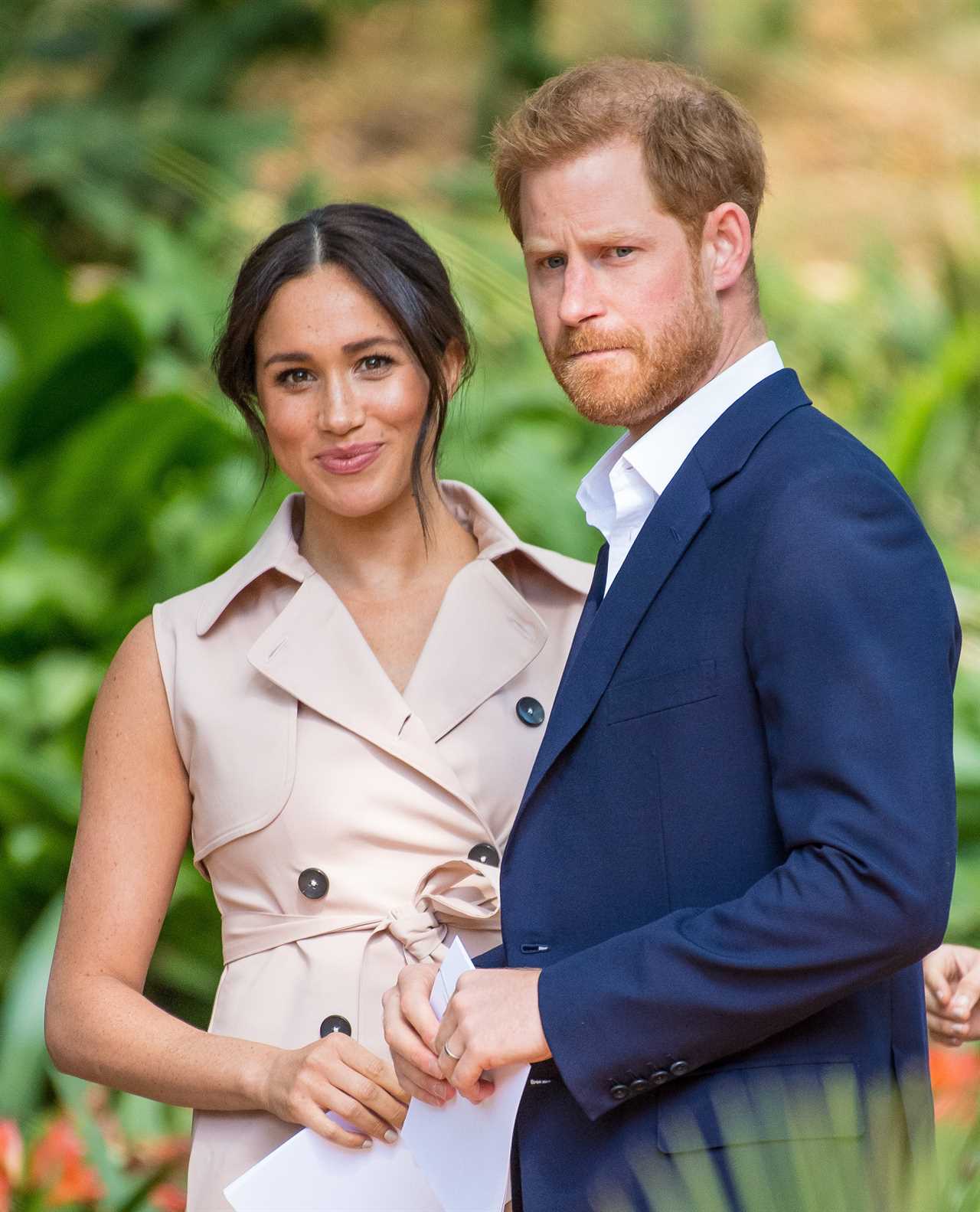 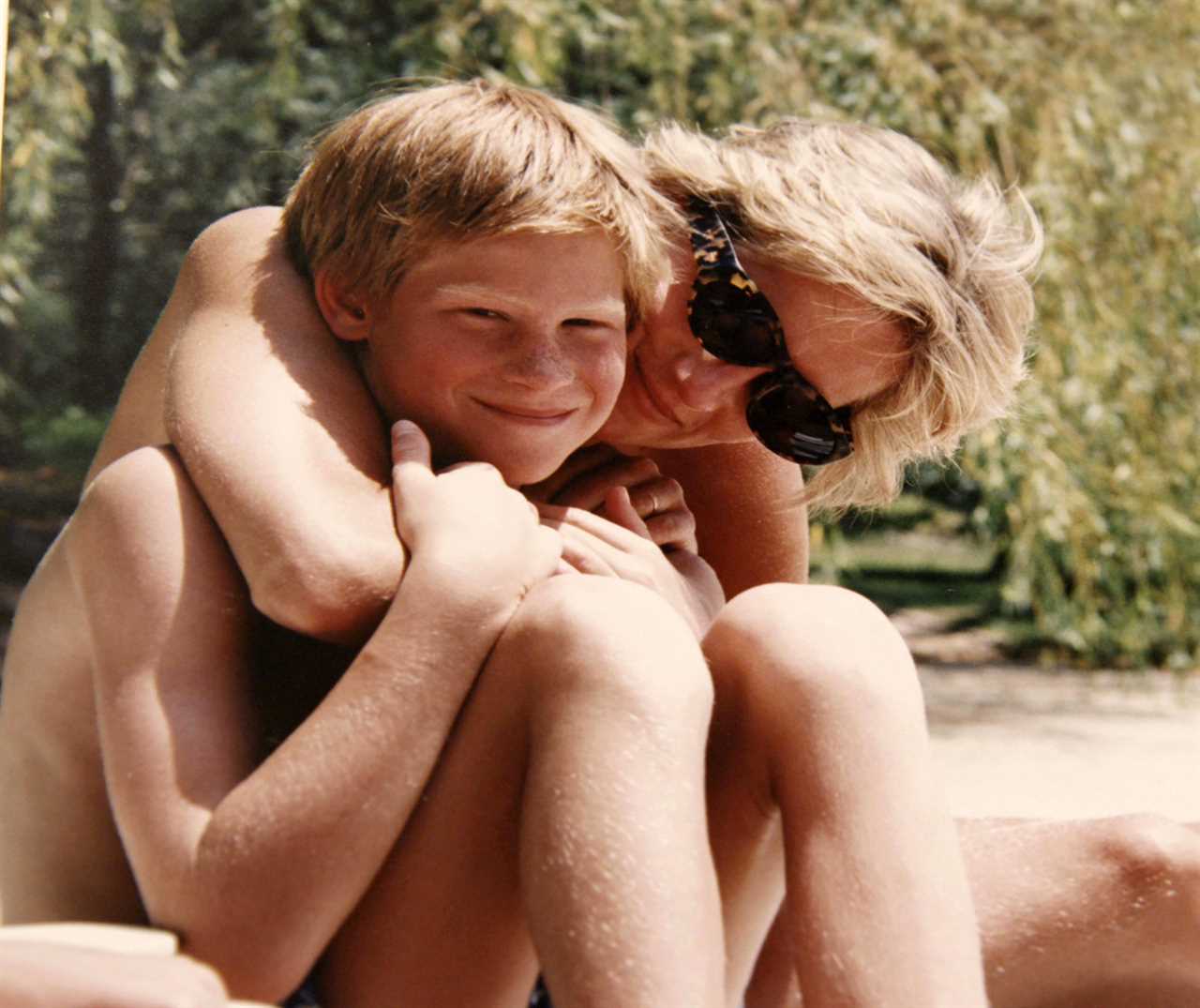 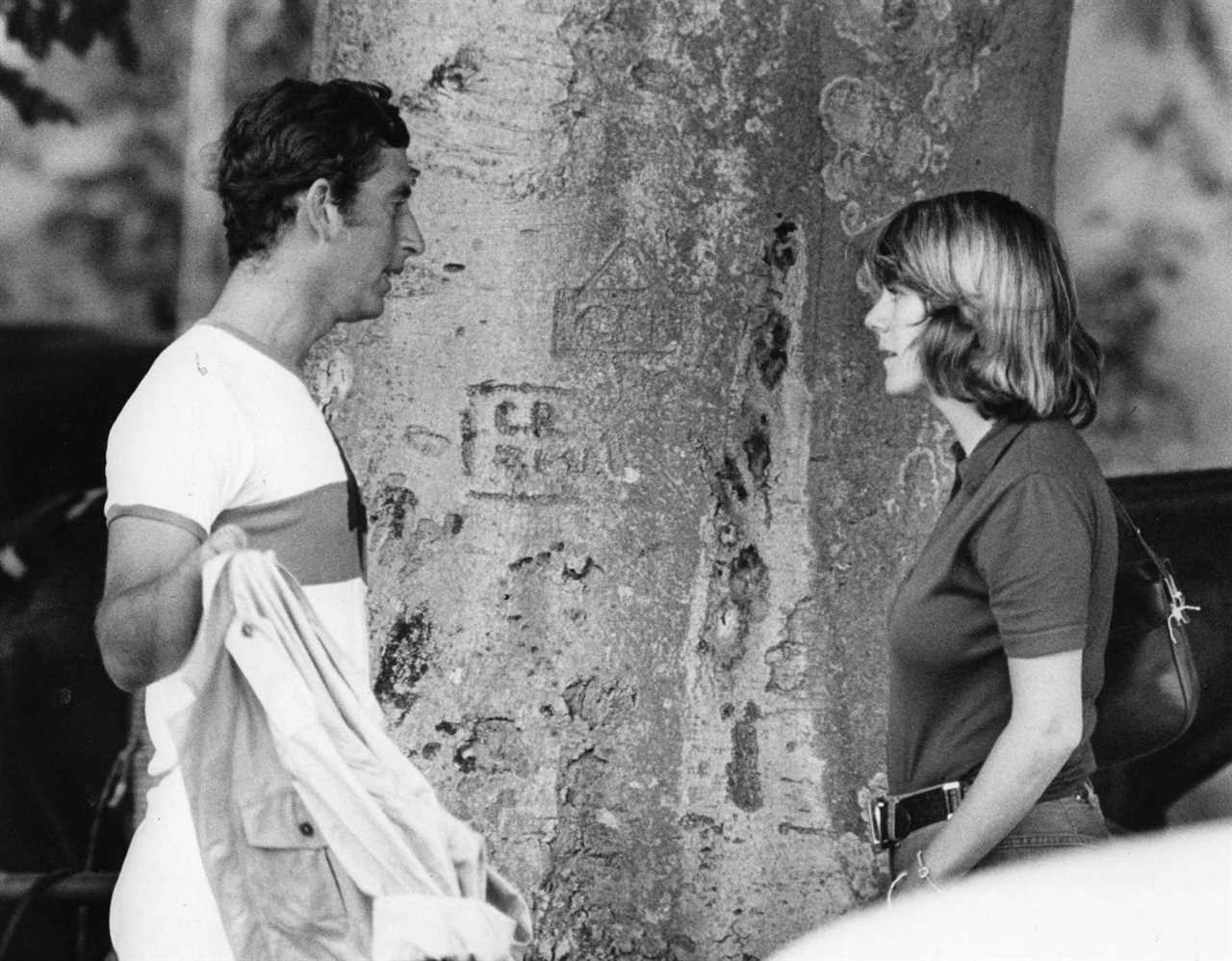 In 1970 Charles and Camilla met at a polo match and began dating but Charles left to serve in the Navy, and when he returned she was engaged to Andrew Parker Bowles 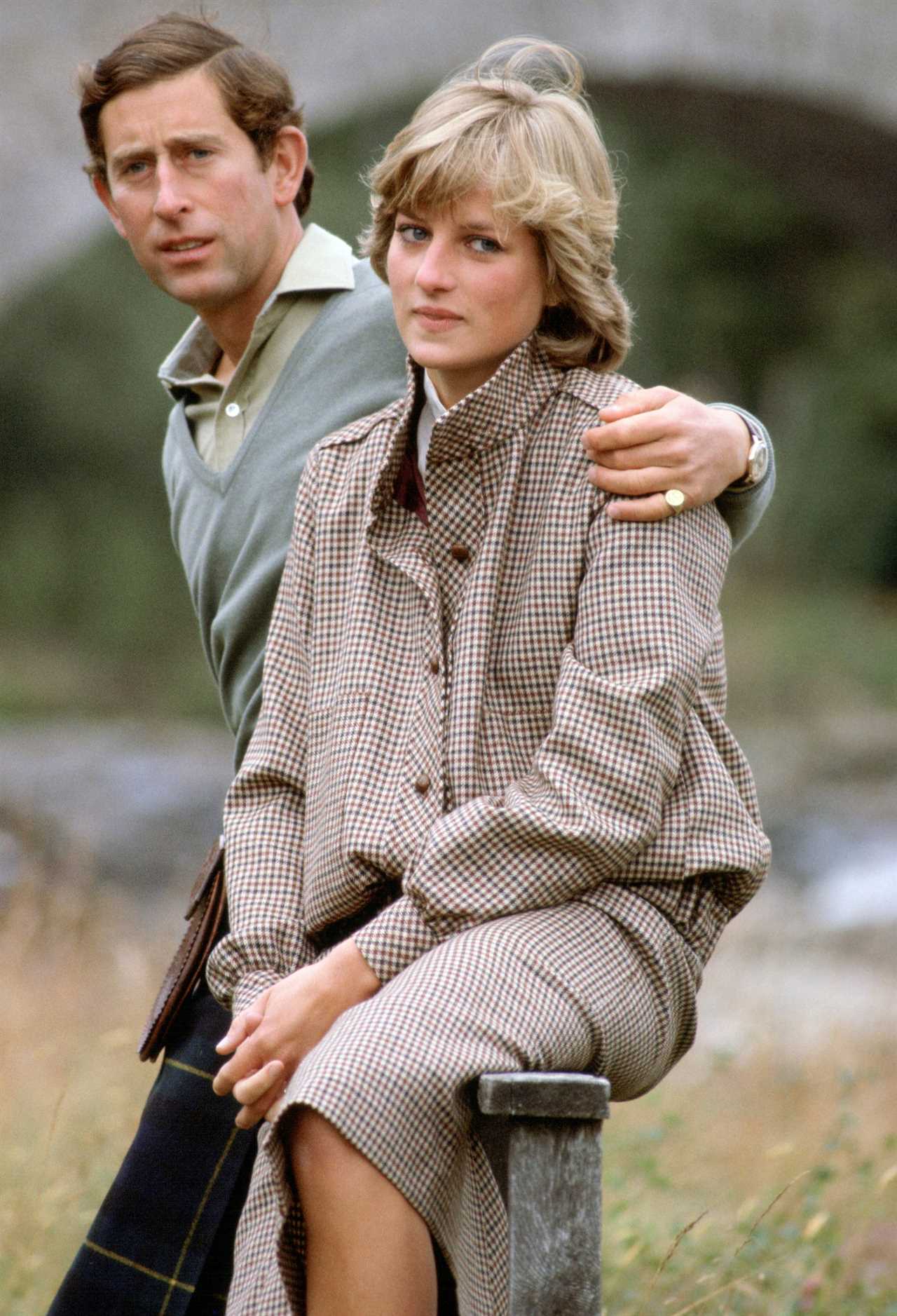 Charles and Diana married in 1981, five years later he began an affair with Camilla, according to his authorised biography 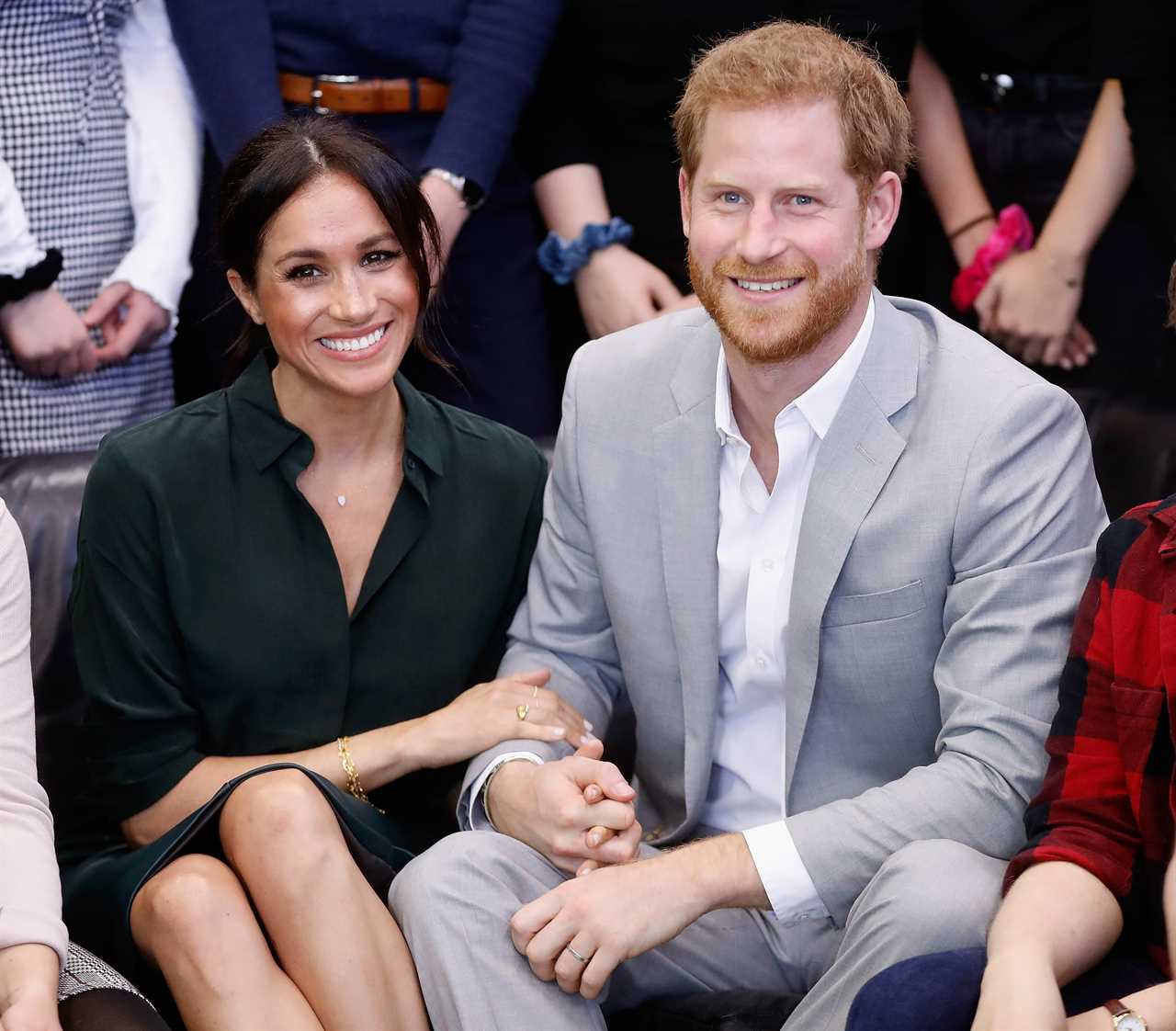 Charles footed the bill for his son’s spectacular 2018 wedding to Meghan, whom he touchingly walked down the aisle
platinumjubileeprincecharlestheprince