PRINCE William today revealed his heartache after seeing kids in distress as he worked as an air ambulance pilot. The Duke of Cambridge, who is a dad ..

PRINCE William today revealed his heartache after seeing kids in distress as he worked as an air ambulance pilot.

The Duke of Cambridge, who is a dad of three, said that he wanted to “avoid burdening” his family with his emotions and the traumatic things he’d seen on the job. 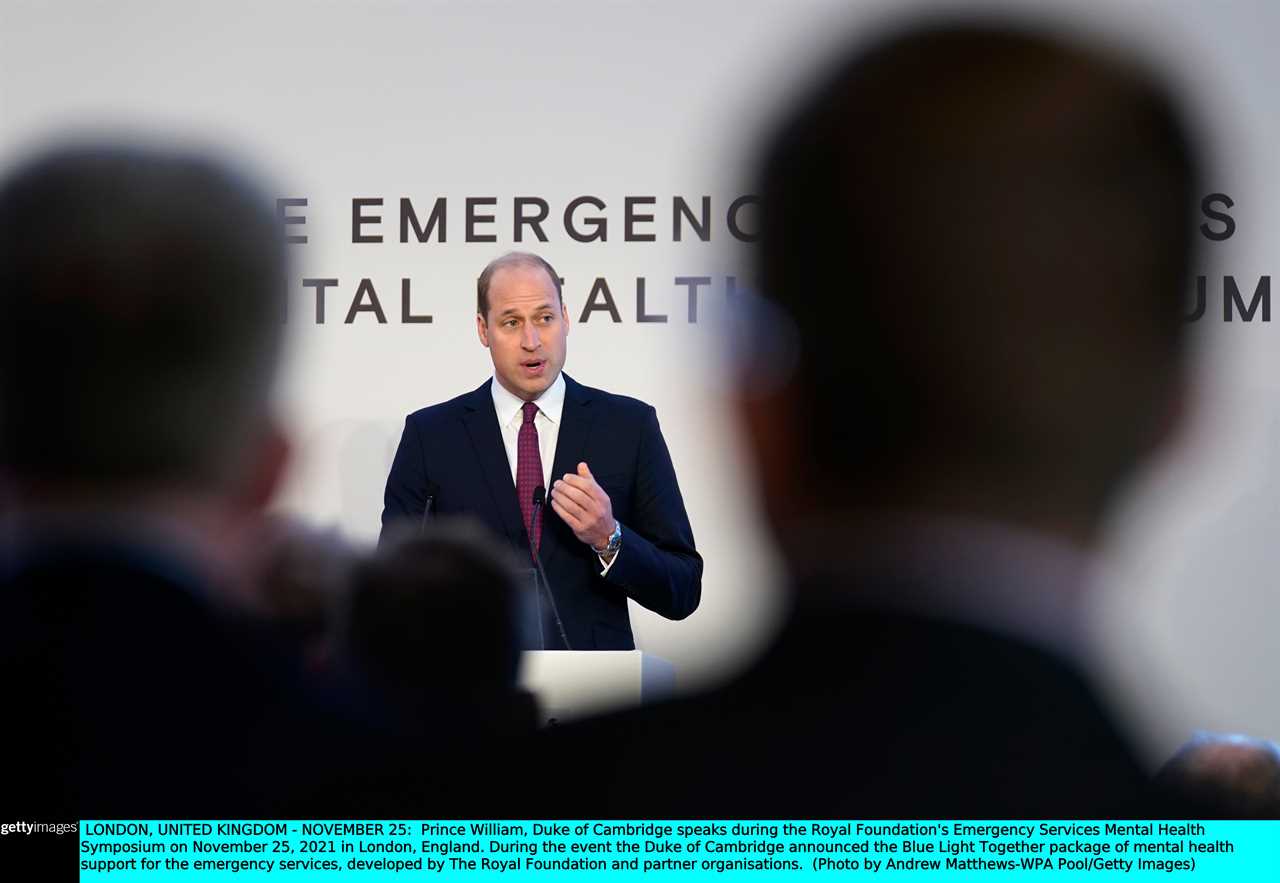 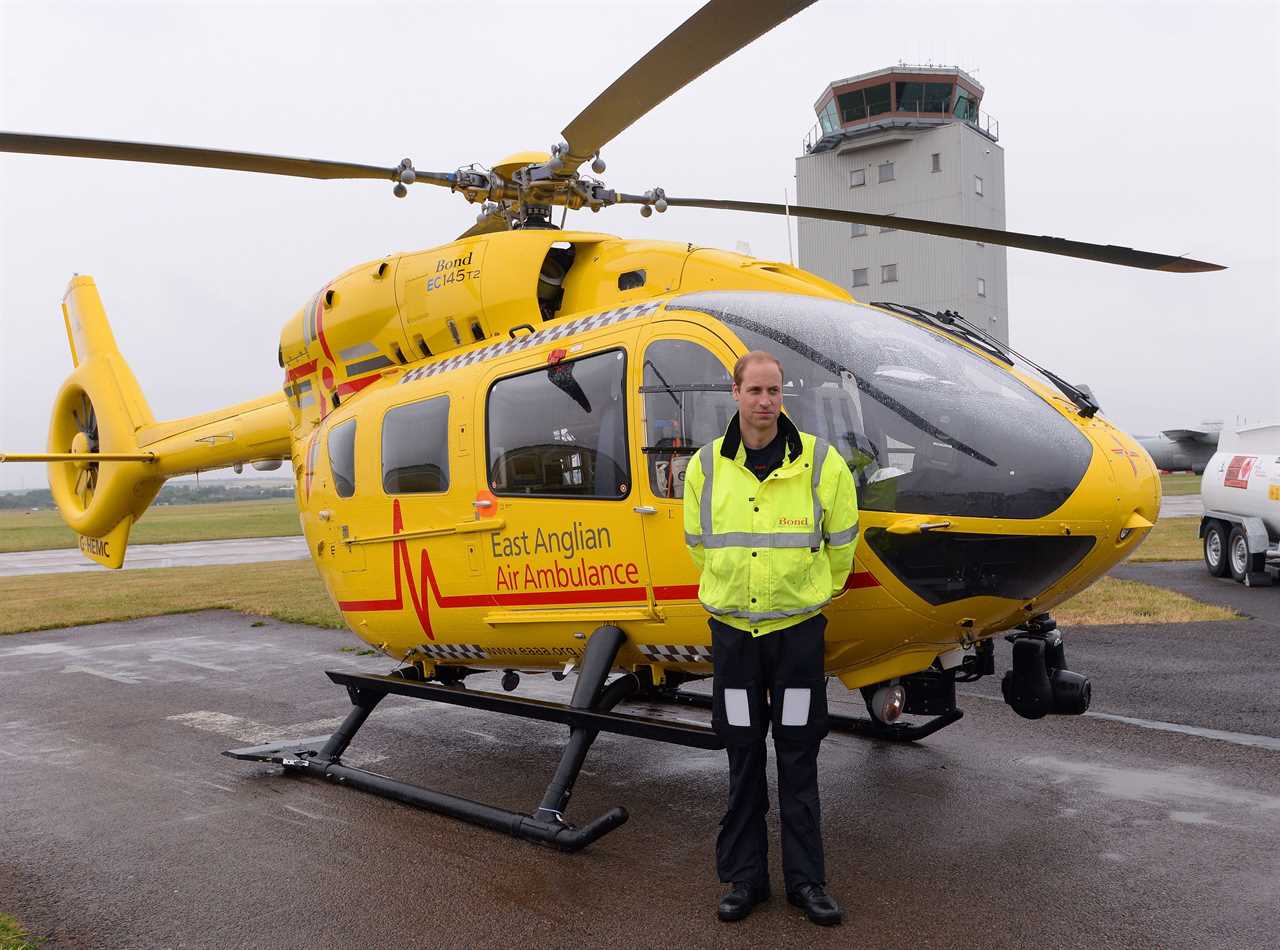 Wills recounted his time with the East Anglian Air Ambulance Service, saying: “Any job I went to with children, that really affected me, much more than I think if I hadn’t had children actually.

“So, for me, it was the relationship with my personal life with essentially the family or the incident I was at – I found that very difficult.”

Prince William spoke at the Royal Foundation’s Emergency Services Mental Health Symposium today – just days after the Royals were locked in a row with the BBC after a documentary aired detailing claims there was a briefing war between Meghan and Harry and fellow Royals.

The royal family has retaliated by banning the BBC from hosting their Christmas carol concert fundraiser supporting causes such as NHS Charities Together, which funds mental health support.

Wills did not reference the BBC row in today’s event, instead focusing on raising awareness for mental health.

Speaking to emergency care assistant Chloe Taylor, 24, and paramedic Will Parish, 27, William said: “There were a number of times when I had to take myself away because I was just getting too involved in it and feeling it.

“And then I’d go to talk to someone else after the event, which was really important, but it continues, it doesn’t really leave you there – you just manage it better.”

The ambulance workers, based with South Central Ambulance Service NHS Foundation Trust, also talked about the issues they have face while on the front line.

William went on to offer advice: “If we weren’t affected by emotions, we’d all be robots.

“That’s what makes our relationships important, it’s crucial, but it’s just managing those feelings so we can have time to feel we can breathe again.”

Speaking to emergency responders about their mental health, William also said: “I also remember returning home with the stresses and strains of the day weighing on my mind, and wanting to avoid burdening my family with what I had seen.”

The filmed discussion will be screened later at the Royal Foundation’s Emergency Services Mental Health Symposium in London.

The symposium will feature a live panel session involving senior emergency services leaders who will talk about their personal experiences of mental health, alongside keynote speeches by Metropolitan Police Commissioner Dame Cressida Dick and the duke.

The duke is set to announce the ambitious Blue Light Together package of mental health support for the emergency services, developed by his Royal Foundation and partner organisations.

The event is being hosted in partnership with the National Police Chiefs’ Council, National Fire Chiefs’ Council, Association of Ambulance Chief Executives and United Kingdom Search and Rescue, and will bring together emergency service leaders, frontline workers, policy makers and academics.

The Royal Family have blasted the BBC for “overblown and unfounded claims” about a rift between Prince William and Harry, following the first in a two-part documentary that was aired on Monday.

The royals went on to ban the BBC from hosting their Christmas carol charity fund-raiser, giving the right to ITV.

It is thought that the Westminster Abbey carol concert will support causes close to the hearts of Wills and Kate — including NHS Charities Together, which funds mental health support for young people and counselling for NHS staff.

There are also rumours that the family could cut the BBC off forever after one source told the Daily Mail that William would have to “seriously consider” any further projects.

The Royal Family had also warned BBC chiefs they could report them to Ofcom over anti-monarchist Amol Rajan’s documentary.

Part two of the documentary ‘The Princes and The Press’ will air next Monday. 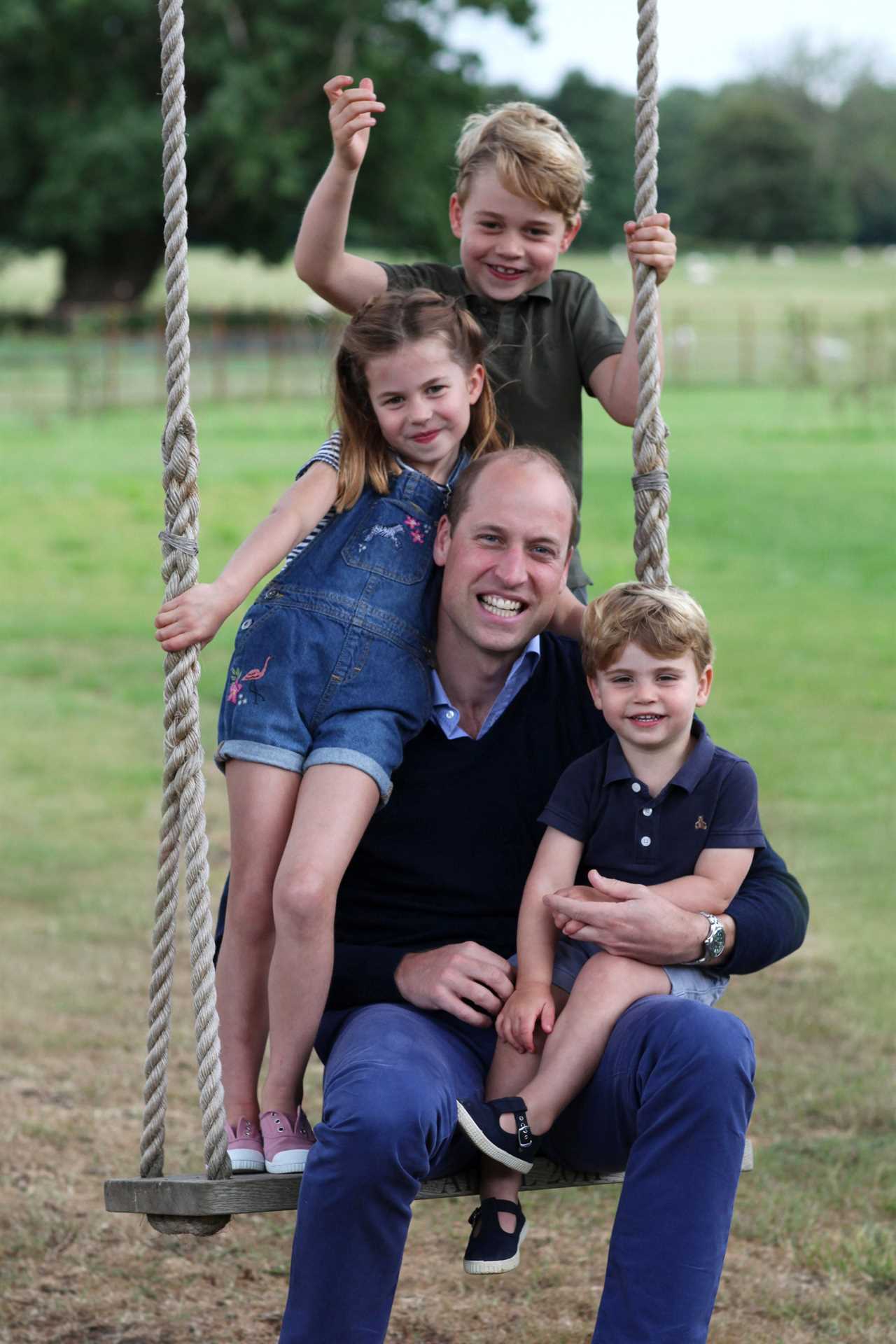 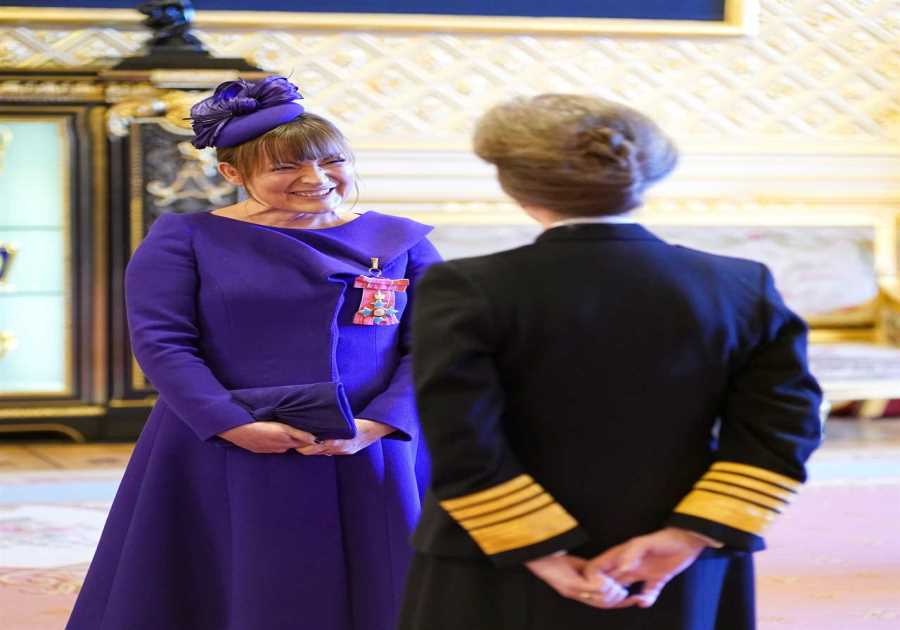 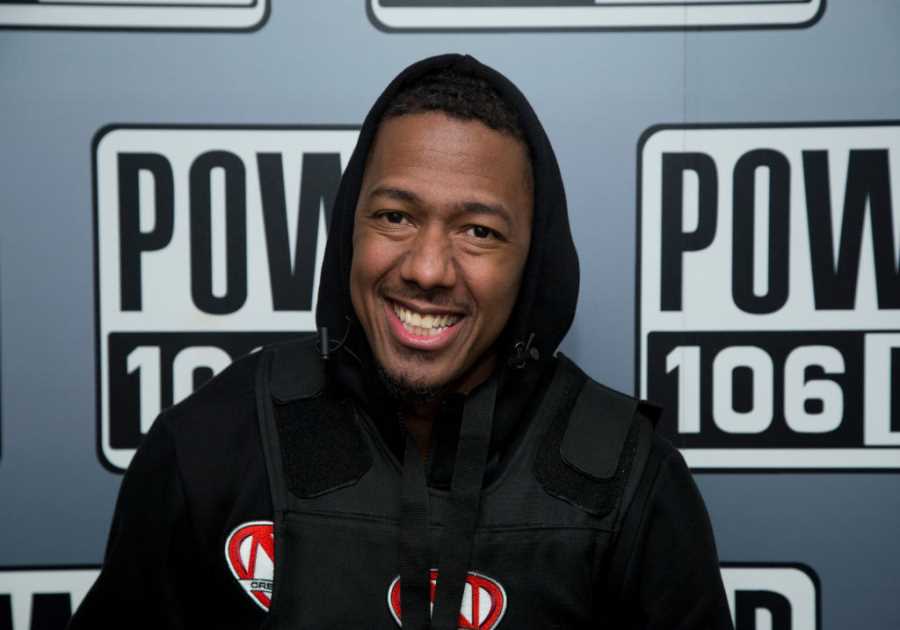 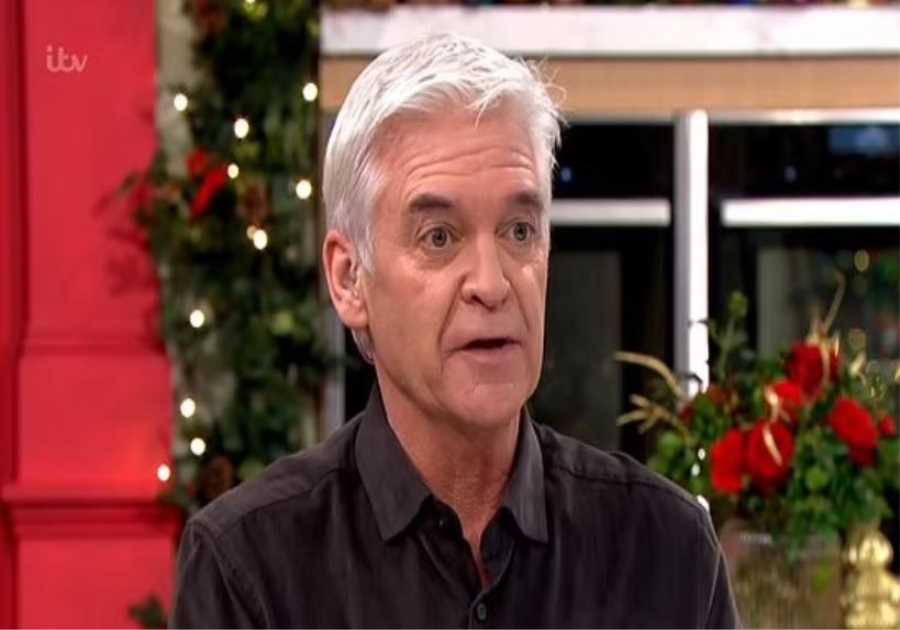