PRINCESS Charlotte was all smiles today as she watched the Commonwealth Games with her mum and dad.The Duke and Duchess of Cambridge took Charlotte,..

PRINCESS Charlotte was all smiles today as she watched the Commonwealth Games with her mum and dad.

The Duke and Duchess of Cambridge took Charlotte, seven, to see the swimming at the Sandwell Aquatics Centre in Birmingham. 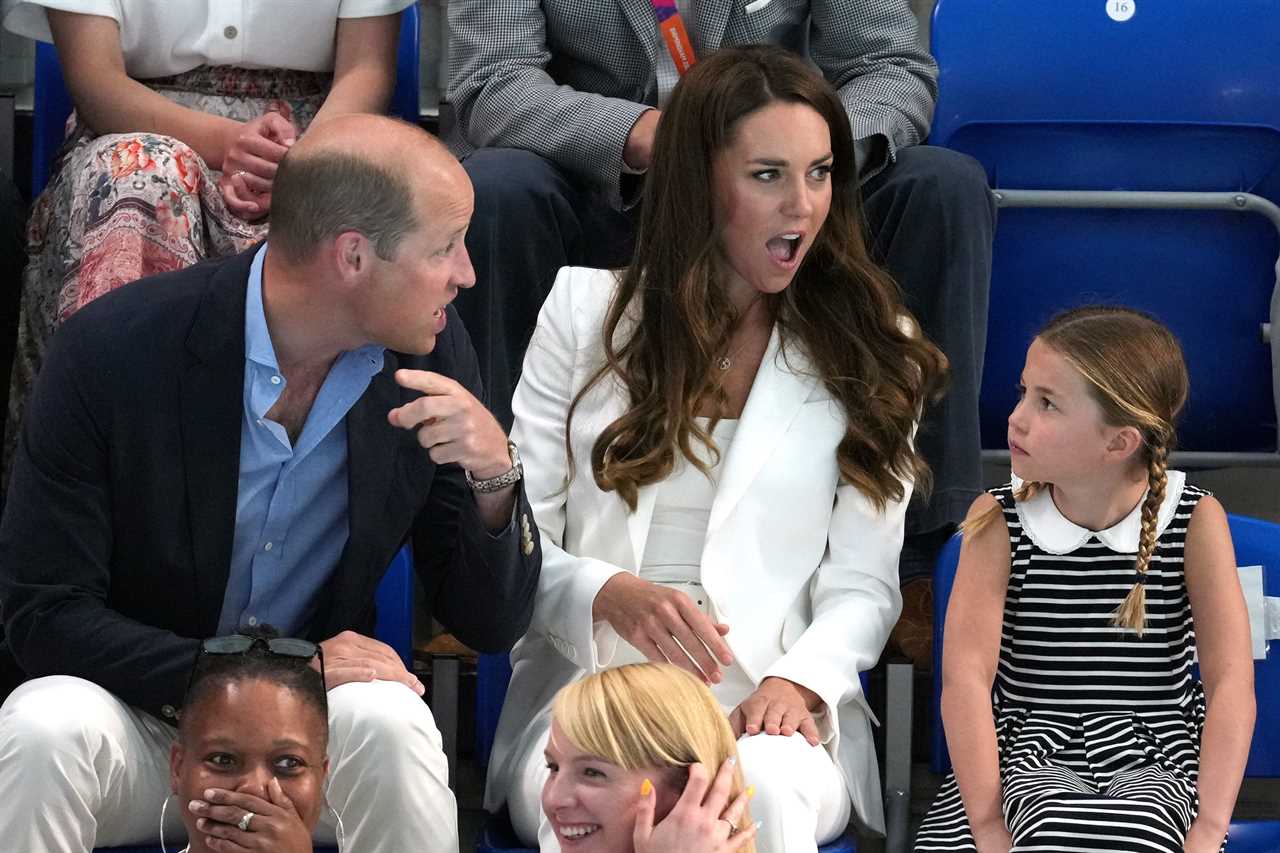 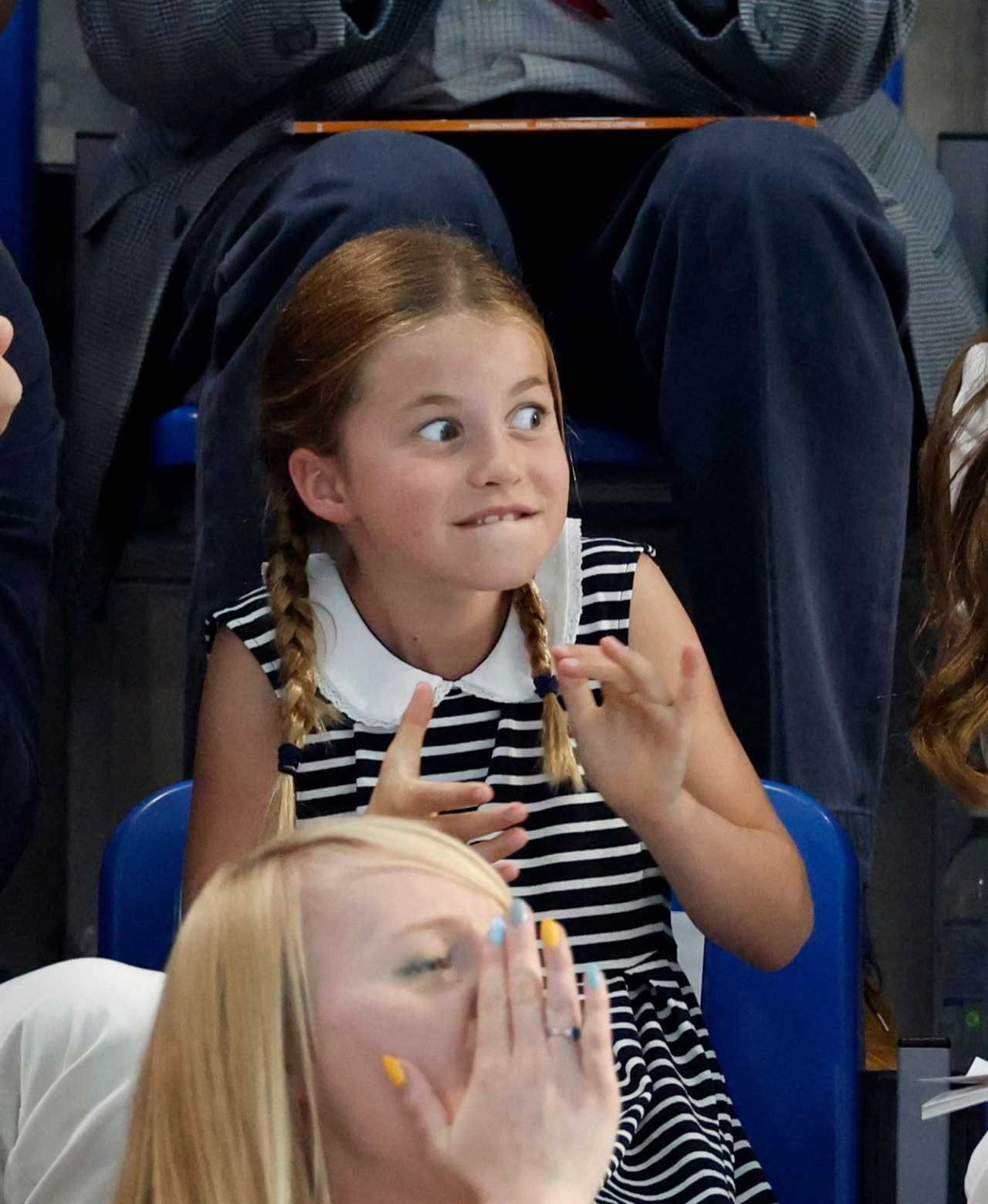 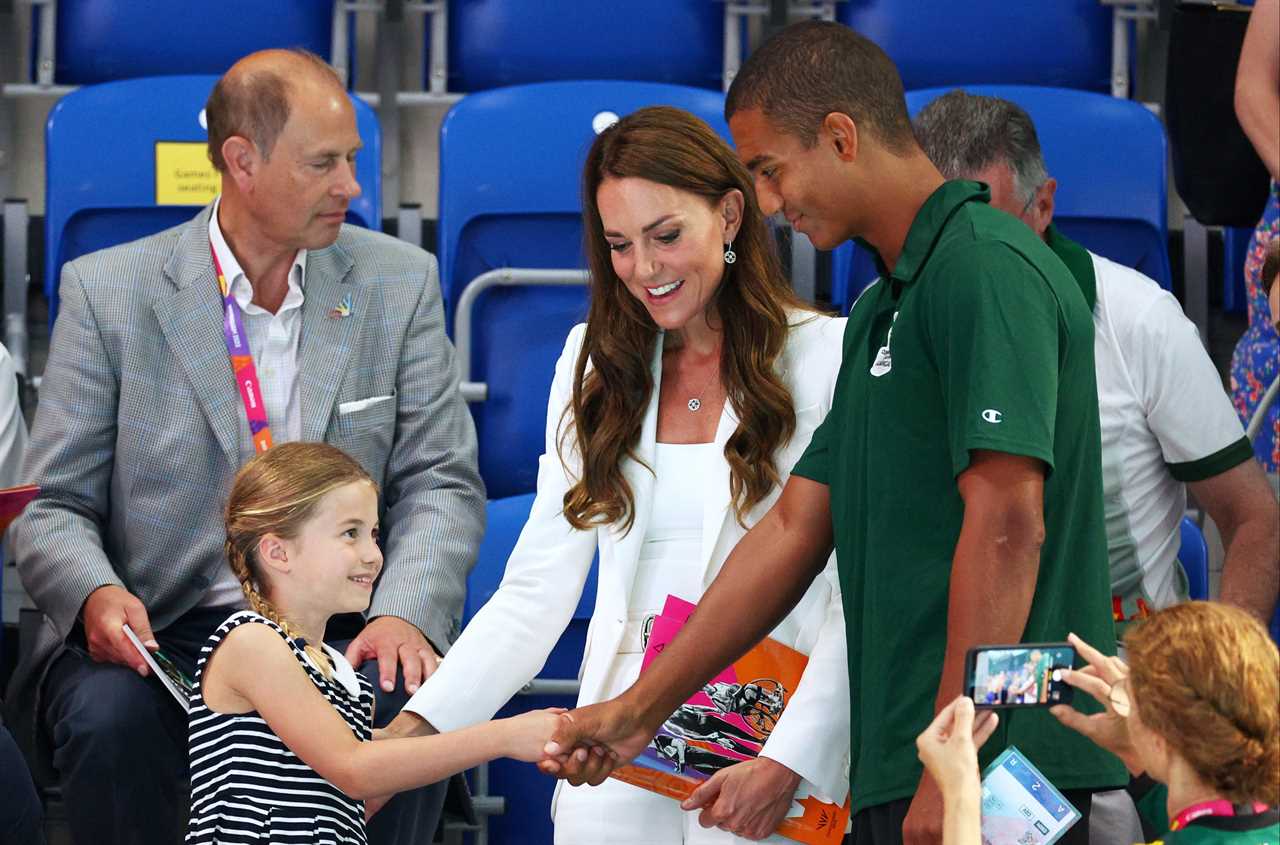 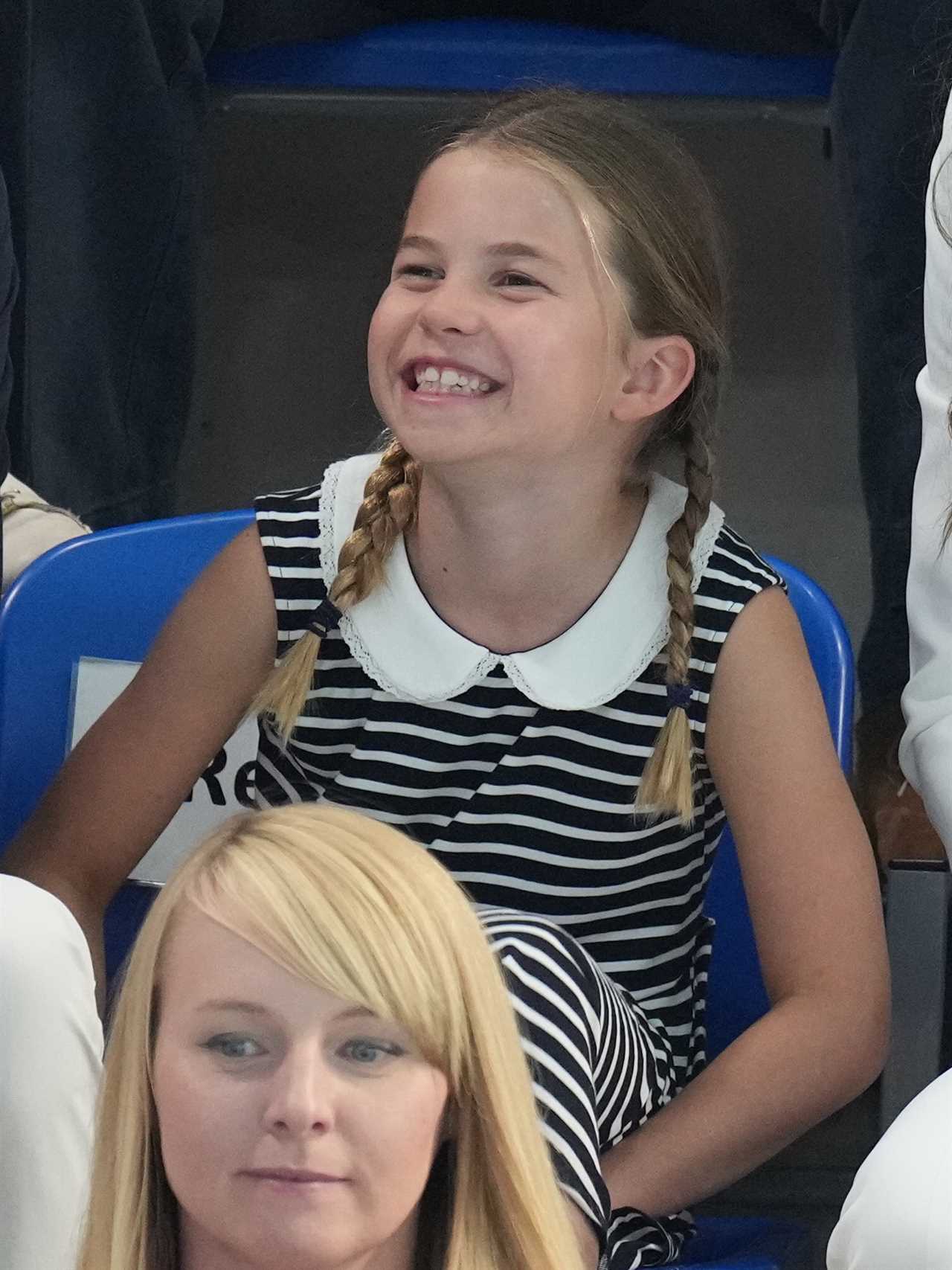 William and Kate arrived on Tuesday shortly after the Earl and Countess of Wessex and their children, Lady Louise and James.

Before the duke and duchess’s arrival, Edward, who is vice patron of the Commonwealth Games, shared a joke with former prime minister Theresa May as he entered during the men’s 1,500m freestyle heats.

The duke and duchess arrived shortly after with Princess Charlotte, dressed in a striped dress and her hair done up in pigtails.

Kate, dressed in a white blazer and trousers, embraced Edward, Sophie and their children before taking her seat next to Charlotte. 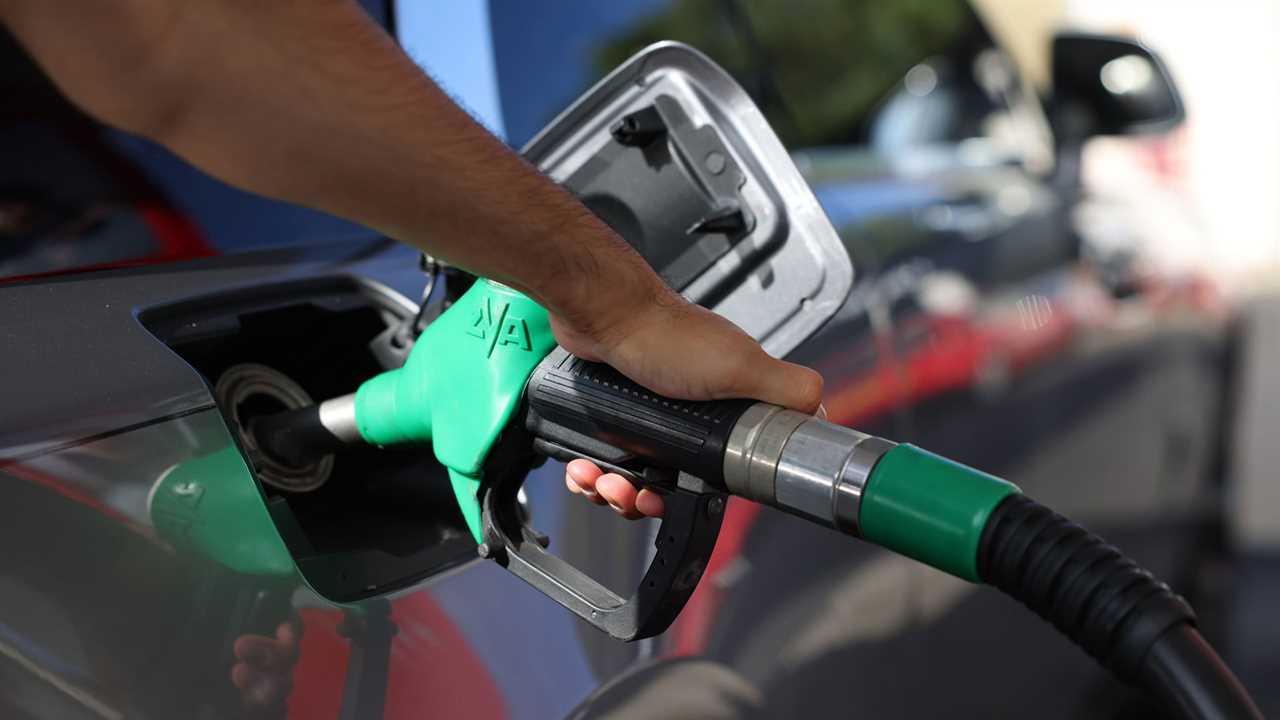 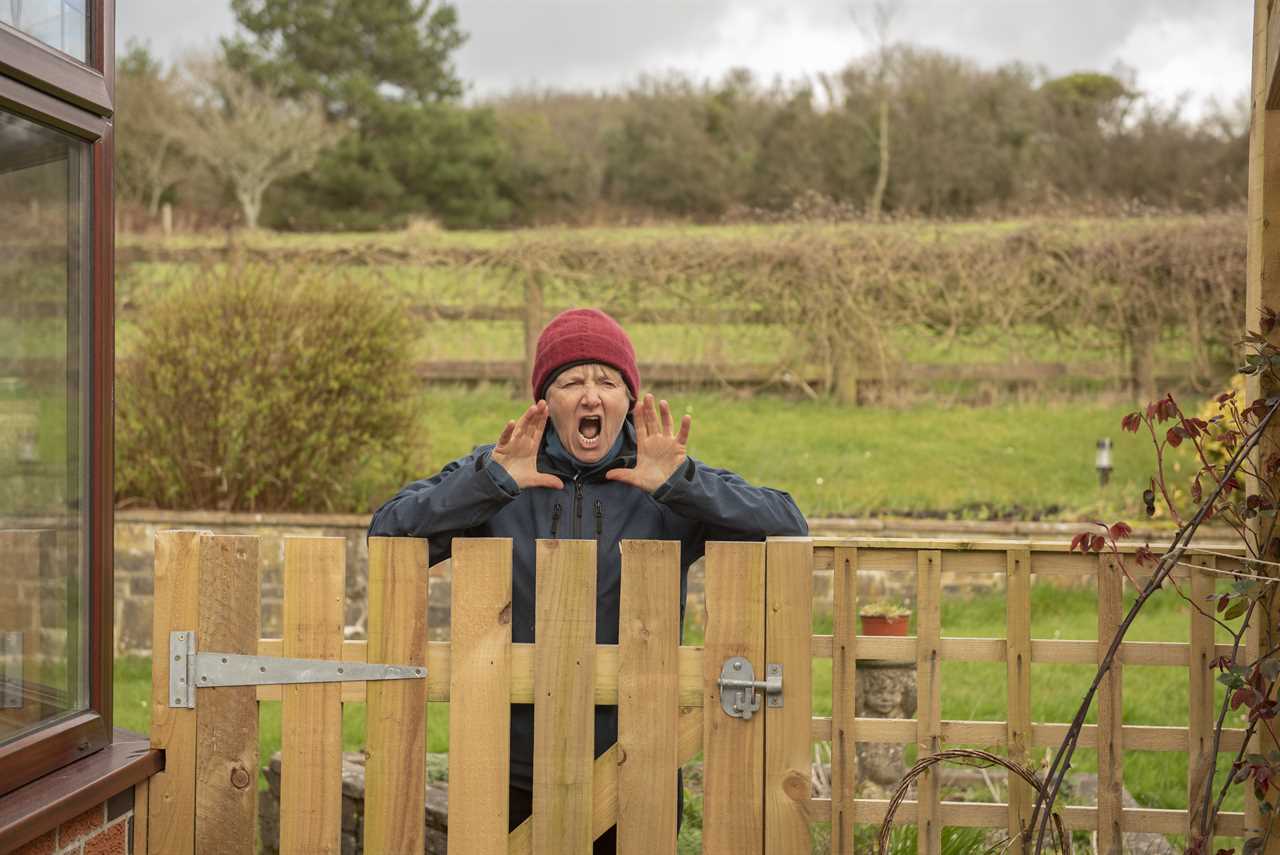 The duchess was pointing and explaining things to her daughter, while William held one of the official programmes.

The royals were cheering and applauding alongside the crowd for England 1,500m freestyle hopeful Luke Turley.

After rolling her eyes following a comment from her father, Charlotte then cracked a smile as Turley’s heat came to a close.

It’s been a very sporty week for Charlotte, who also roared her support for the England Lionesses alongside Prince William ahead of Sunday’s Euro final.

She beamed as she wished the team good luck as they prepared to take on Germany at Wembley.

Charlotte is currently on her school summer holidays from her £19k-a-year Thomas’s Battersea school.

This summer may also be particularly busy for the family who are reportedly preparing to move to a house on the Queen’s Windsor estate.

Until now, the recently refurbished Adelaide Cottage was understood to be the family’s first choice when they move from London to Berkshire.

Charlotte is currently on her school summer holidays from her £19k-a-year Thomas’s Battersea school.

Her dad William – the FA President – added: “We both want to wish the Lionesses the best of luck for tonight.

“You’ve done amazingly well in the competition and we’re rooting for you all the way.” 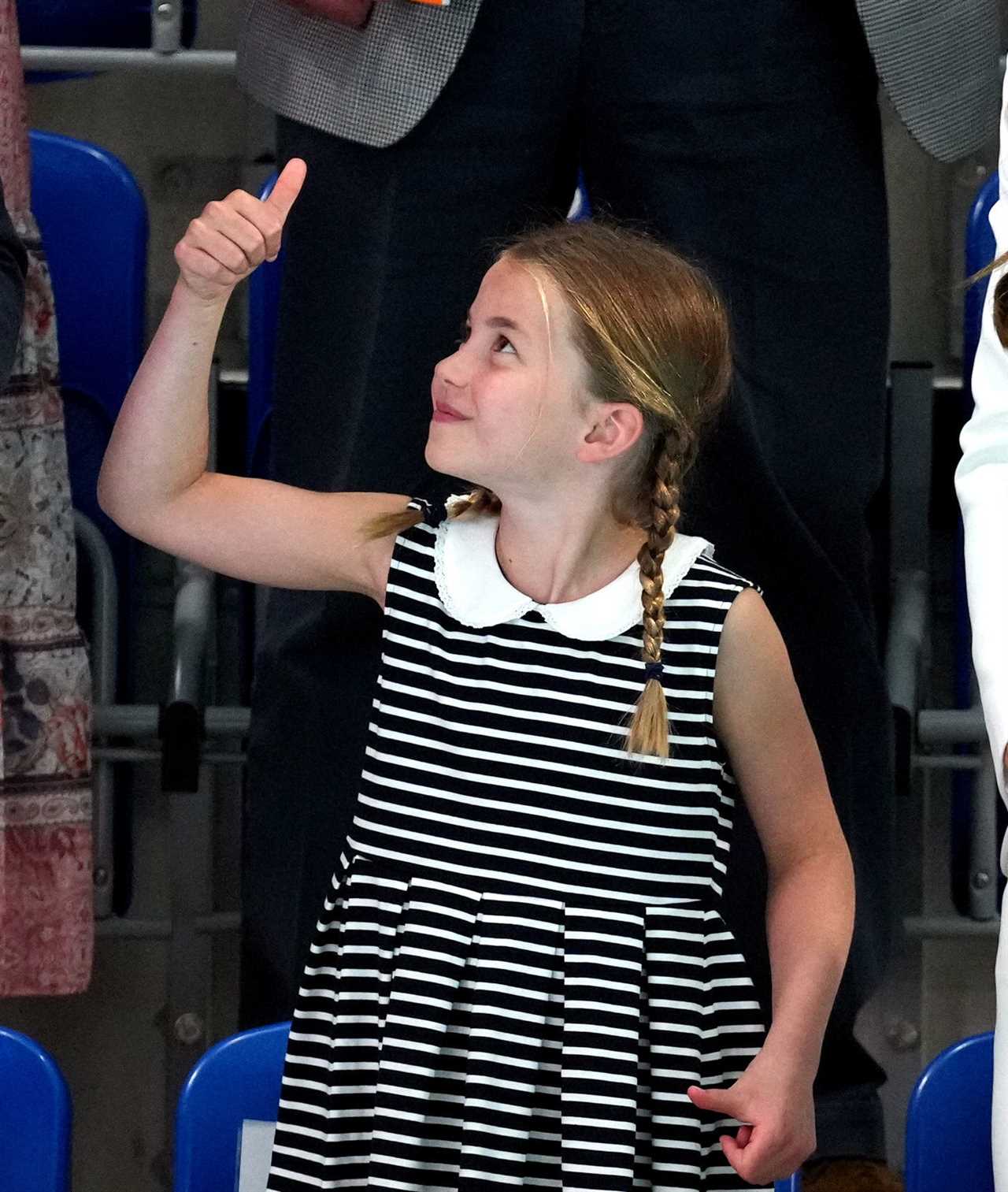 Princess Charlotte gives the thumbs up