PRINCE Andrew and his ex-wife Sarah Ferguson were at the centre of yet another property mystery last night after Fergie bought a £5million home —..

PRINCE Andrew and his ex-wife Sarah Ferguson were at the centre of yet another property mystery last night after Fergie bought a £5million home — despite regularly moaning about being hard up.

The Duchess of York snapped up the mews house from The Duke of Westminster, one of the country’s wealthiest men and a close friend of the Royal Family. 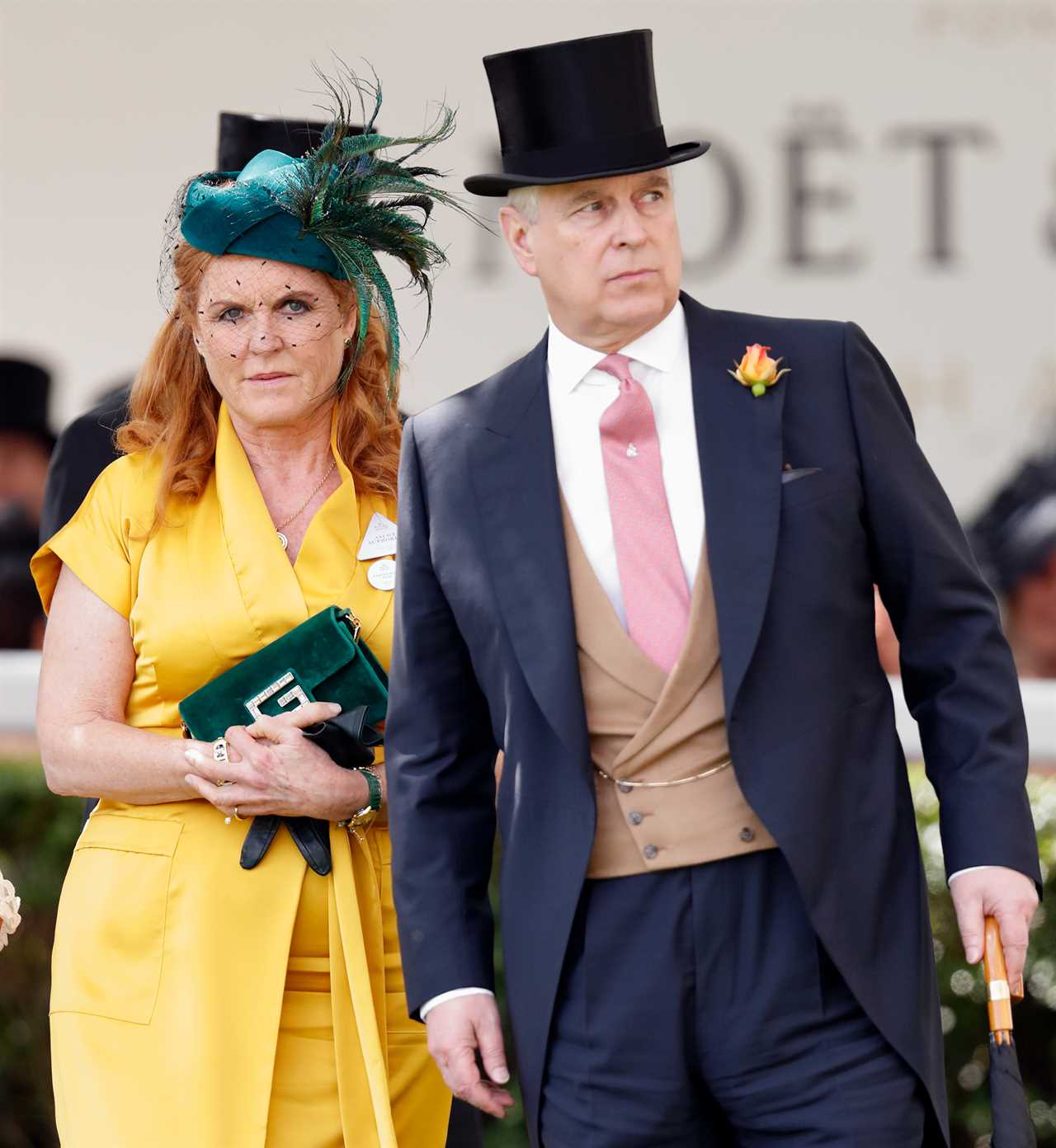 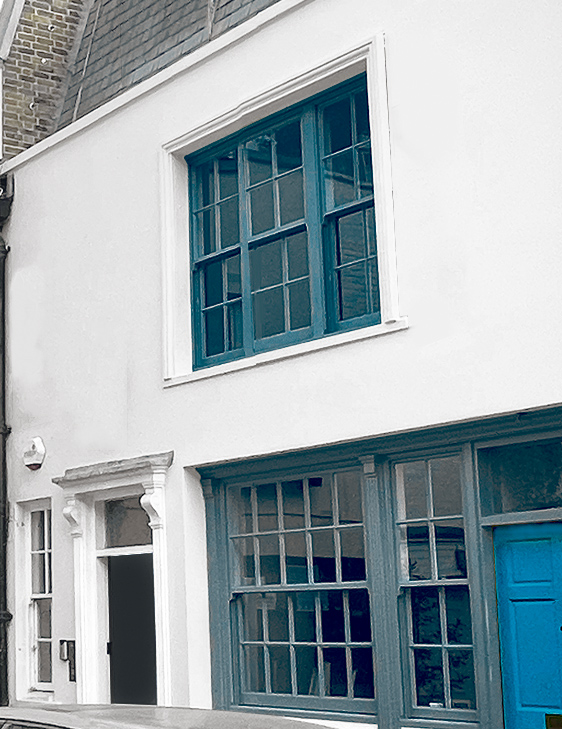 The luxury property is in London’s posh Mayfair 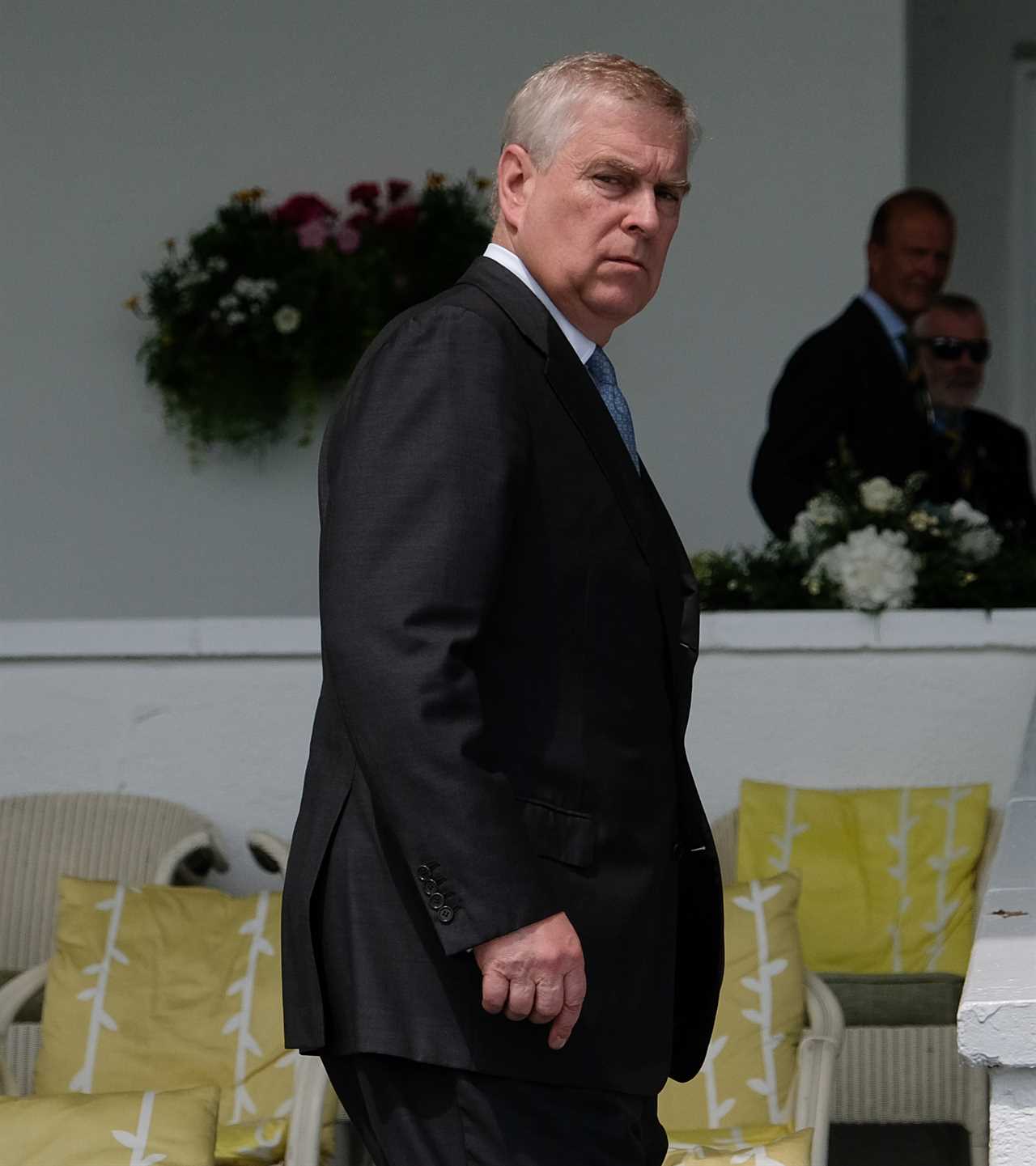 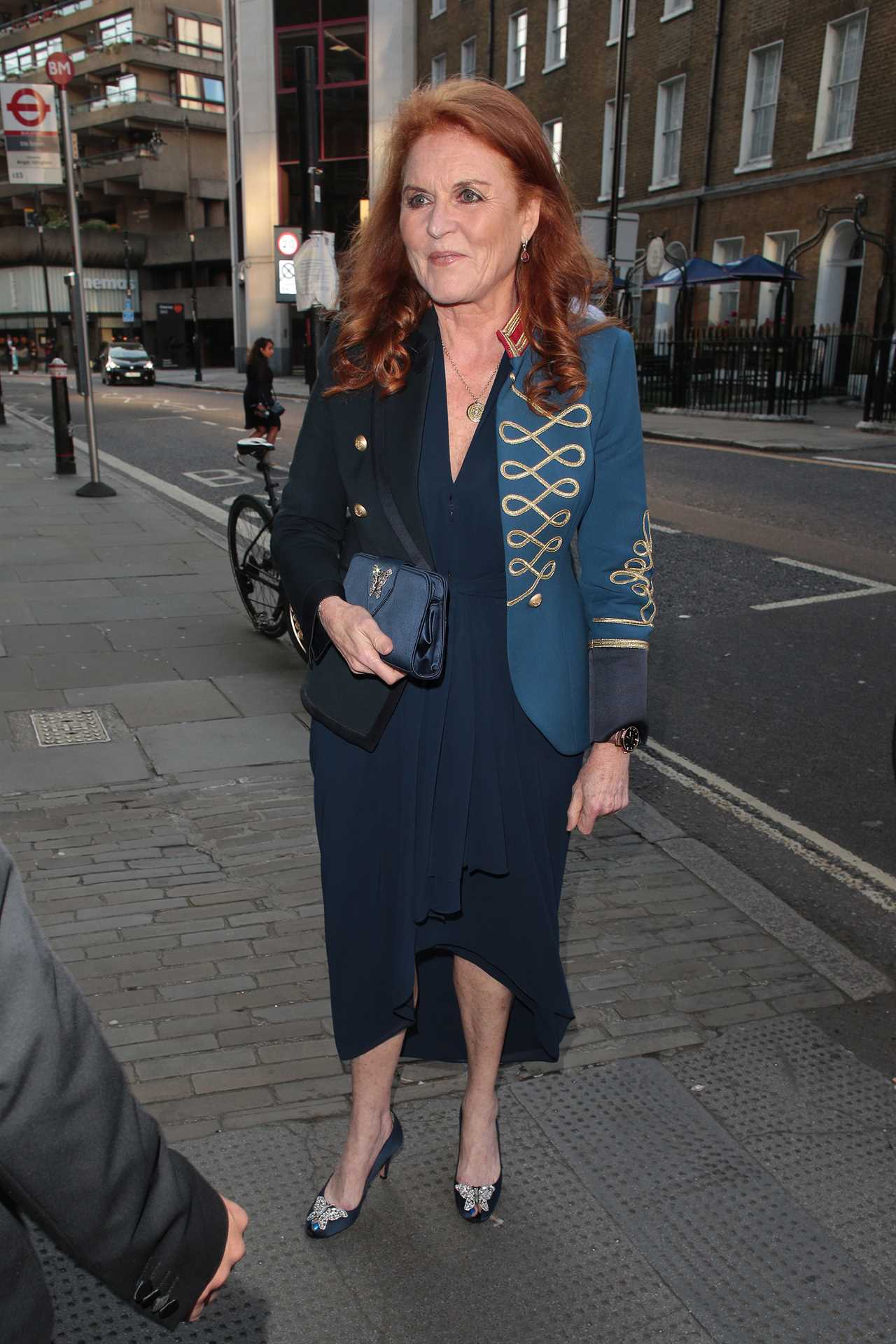 Sources say it is considered “a long-term investment for daughters Princess Beatrice and Eugenie”.

It had formed part of the Grosvenor Estates portfolio, but has now been transferred to Fergie.

She and her embattled ex- husband Andrew live together in grace and favour pile Royal Lodge in Windsor, which is owned by the Queen.

The new home, in Mayfair, is thought to be the family’s only London property. 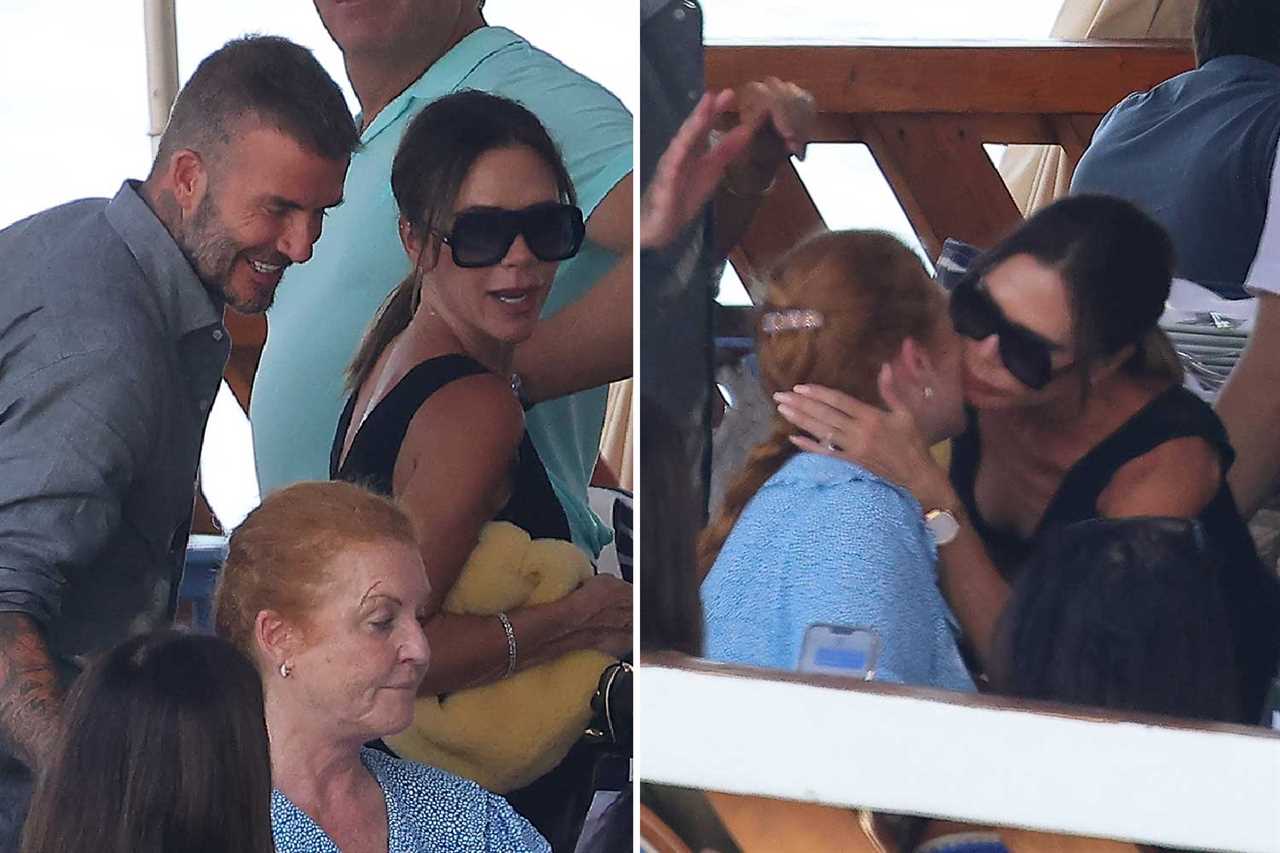 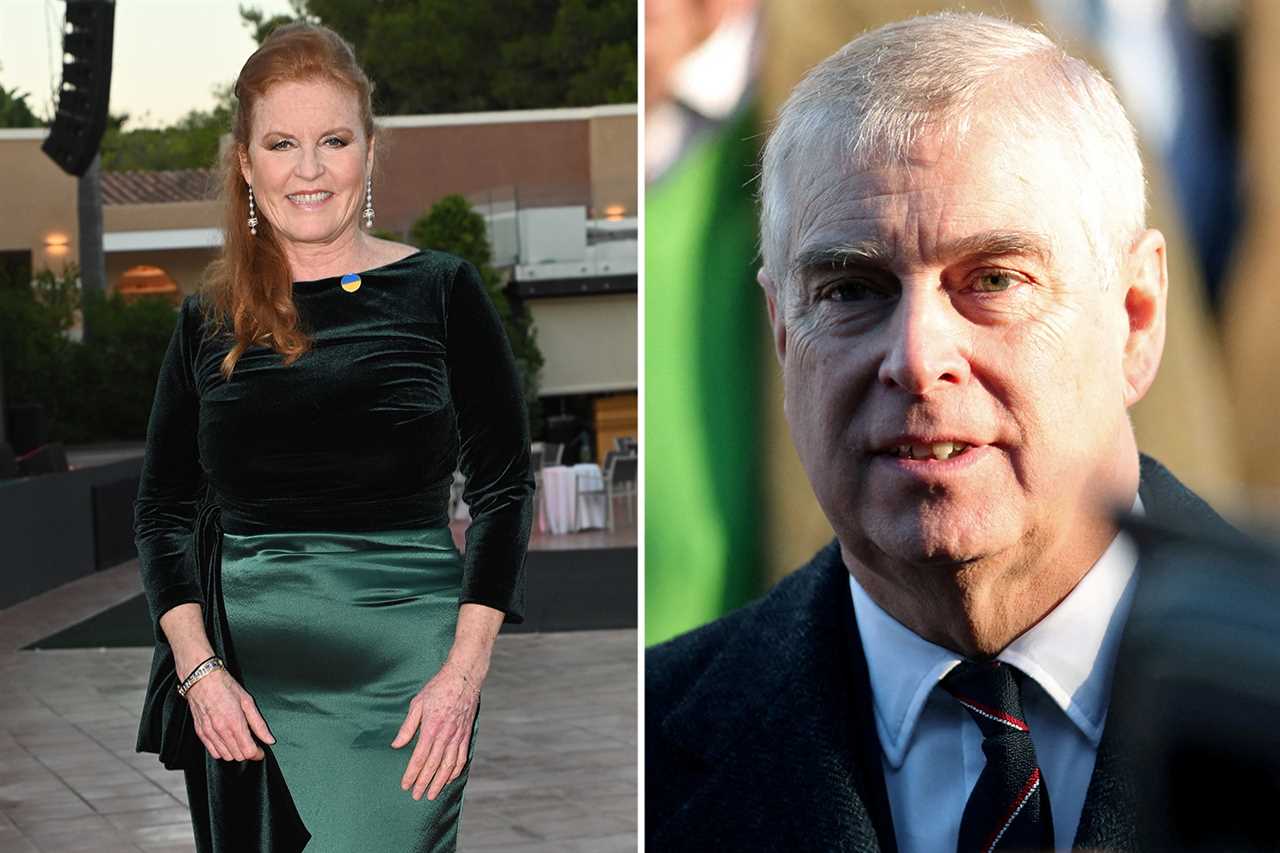 A spokeswoman for the Duke of York insisted last night he had not personally been involved in the purchase.

But the acquisition, particularly as “an investment,” raises questions over how the Duchess could afford to buy such a luxuriously pricey pad after decades of financial struggles.

In 2010 she told US TV she was “continually on the verge of financial bankruptcy”.

Her representatives yesterday confirmed the purchase but refused to discuss any specific details such as the final price.

The purchase has also not yet been published by Land Registry officials.

Previous owner the Duke of Westminster, 31, is godfather to Prince George and is one of Britain’s richest men after inheriting his father’s £10billion fortune in 2016.

A source said: “This is a beautiful home — it’s not huge, but it’s picturesque and in one of the very smartest areas of London.

“It had previously been a couple of flats but has been converted to a single property.

“If the girls are going to inherit it at some stage they’re extremely lucky.

“It’s a short walk from the best bars and restaurants in the city, beautiful parks and other hot spots. But God knows where the money has come from — everyone thought they were totally skint.”

Fergie and Andrew, both 62, have previously lived in a string of controversial homes — often paid for, or mortgaged, by questionable connections.

Their one-time marital home, Sunninghill, in Ascot, Berkshire, was inexplicably bought from Andrew for £3million more than the asking price of £12million in 2007 by a Kazakh oligarch.

It later emerged that Andrew had been acting as a fixer in various business deals for the wealthy businessman.

He has also been attempting to force through the sale of his £18million ski chalet in Verbier, Switzerland, in a bid to cover some of his huge legal costs after reaching a settlement over allegations brought by Virginia Giuffre, who was introduced to him by disgraced financier Jeffrey Epstein.

But the sale has been stalled by a couple who claim he also owes a business debt to them of £1.6million — and who say that they are entitled to their money back.

And Isabelle de Rouvre, who sold Andrew and Sarah the chalet in 2014 before later suing them over a £6.7million debt, said she pitied the couple involved.

‘BAD FOR THE QUEEN’

She said: “He is an absolute fool and I just cannot understand how he goes about his life.

“Really it is a tragedy and so bad for the Queen. I don’t know how she manages with them.”

When he first bought the chalet, Andrew agreed to pay socialite pal Isabelle for the house in instalments, but she claims the Yorks were unable to meet a deadline for repayment. It is now understood to have been settled.

Recently the former couple have lived together — enjoying the use of the Queen’s 30-room Royal Lodge in Windsor Great Park.

But their presence is likely to cause conflict with the Duke and Duchess of Cambridge, who are also moving to Windsor and are said to be “furious” with Andrew and his recent behaviour, which has threatened the future of the monarchy.

Disgraced Andrew, who has been pulled back from royal life, agreed to an out-of-court settlement with Ms Giuffre in February, but continues to deny “criminal liability” over allegations she was trafficked to have sex with him when she was 17 by Epstein and Ghislaine Maxwell.

Questions loomed over how he was going to pay for the settlement — estimated at up to £12million.

Andrew is said to have taken a loan from Prince Charles to cover most of the expenses — alongside a reported £2million payment from the Queen to Ms Giuffre’s charity.

It is believed much of the cash to repay Charles will come from the sale of the Verbier chalet.

A representative for the Duchess of York declined to comment on details of the purchase.

FERGIE and her former husband Prince Andrew have previously lived in a number of controversial homes — often paid for, or mortgaged, via questionable connections.

ANDREW raked in £15million from the sale of the 12-bed mansion.

Sunninghill Park, Berks, was a 1986 wedding gift from the Queen to the Duke of York and Fergie. 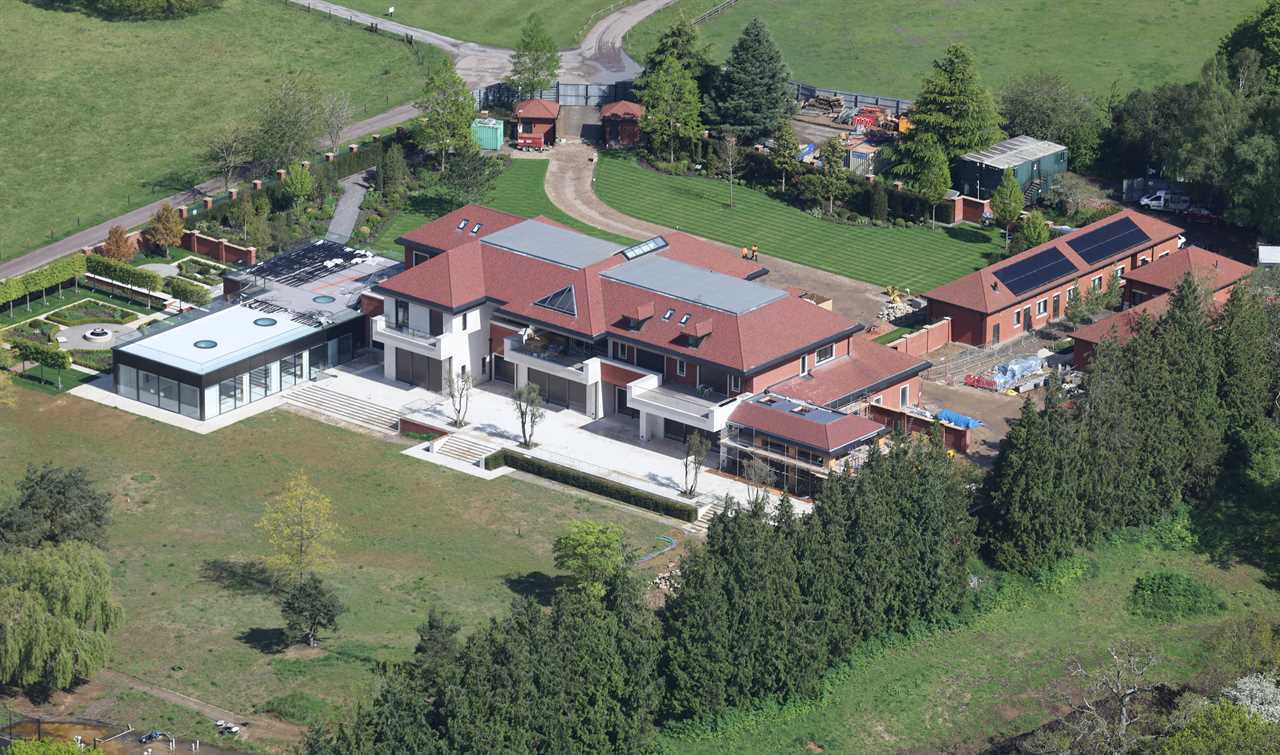 Andrew raked in £15million from the sale of Sunninghill Park

They sold the decaying property, nicknamed Southyork for a resemblance to Southfork in ’80s soap Dallas, in 2007 to Timur Kulibayev.

The Kazakh oligarch paid £3million more than the market price and has never moved in.

The purchase from French socialite pal Isabelle de Rouvre, 74, was backed by a small deposit from Andrew’s taxpayer-funded royal salary. 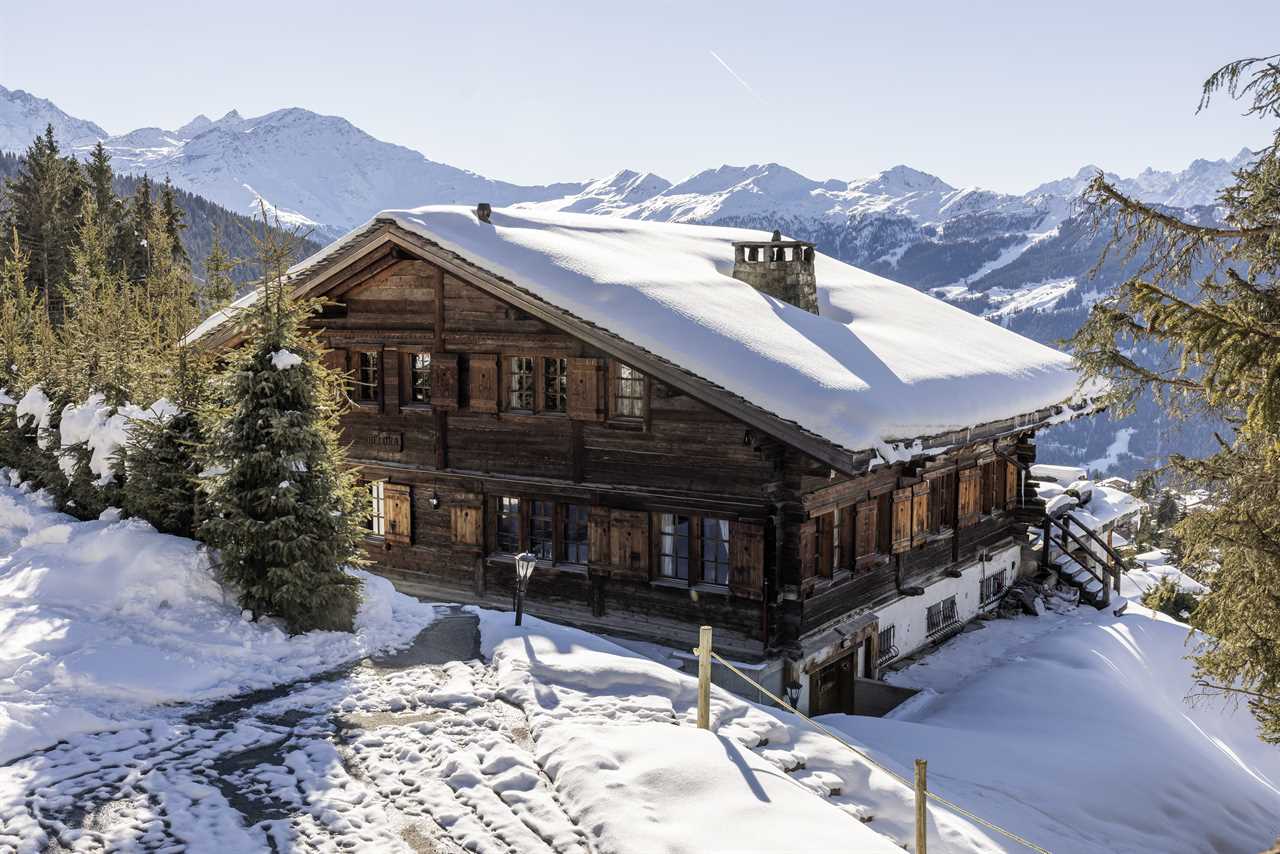 The Yorks took out a mortgage of £13.25million to buy the £18million Swiss ski chalet

In 2020, Mrs de Rouvre sued claiming the couple failed to make a final instalment of £5million.

She withdrew her suit in December, allowing them to sell it.

FERGIE and Andrew still live in this sprawling 30-room estate.

The listed Windsor property was the official residence of the Queen Mother for 50 years. 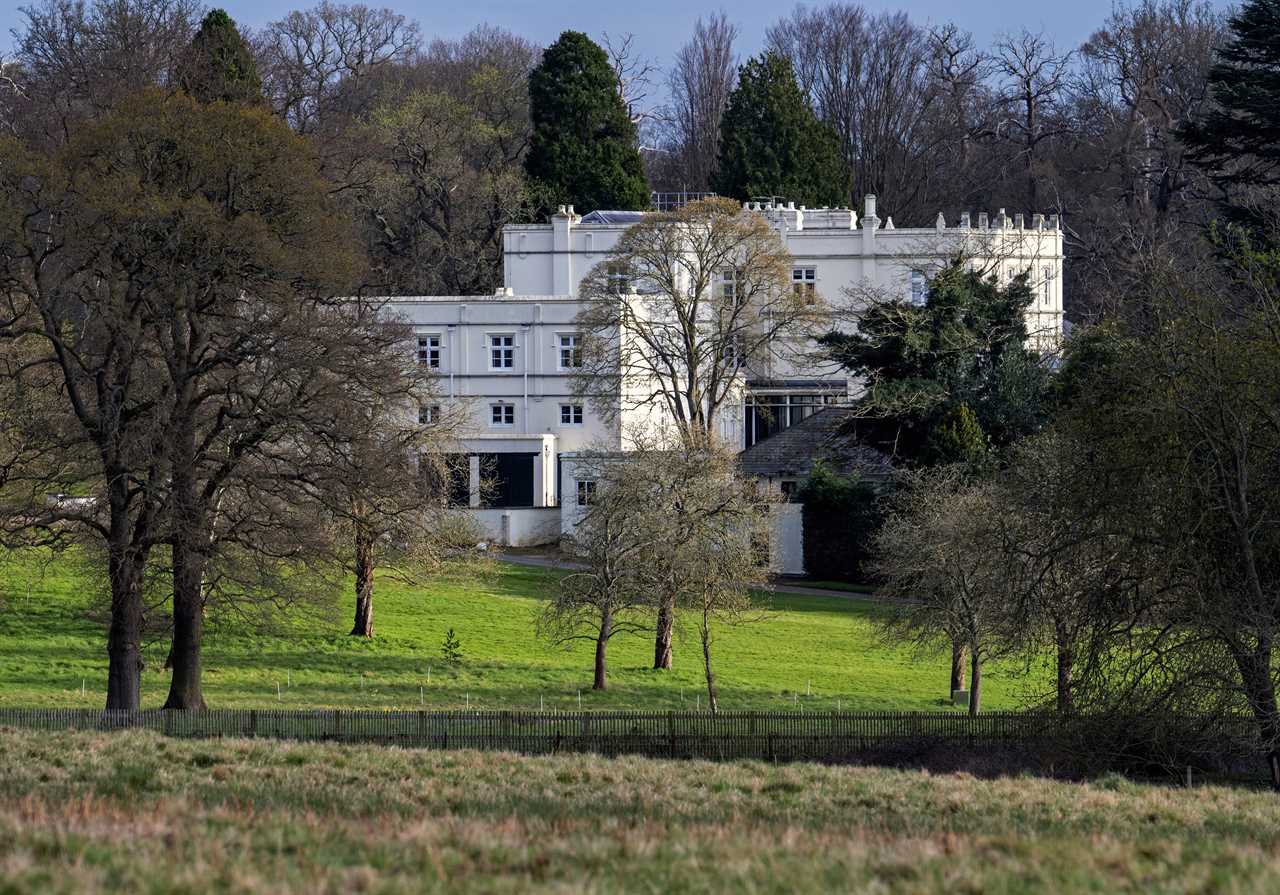 Fergie and Andrew still live in this sprawling 30-room estate

He has since spent £7.5million refurbishing.

Royal Lodge is said to be worth £30million on the open market. 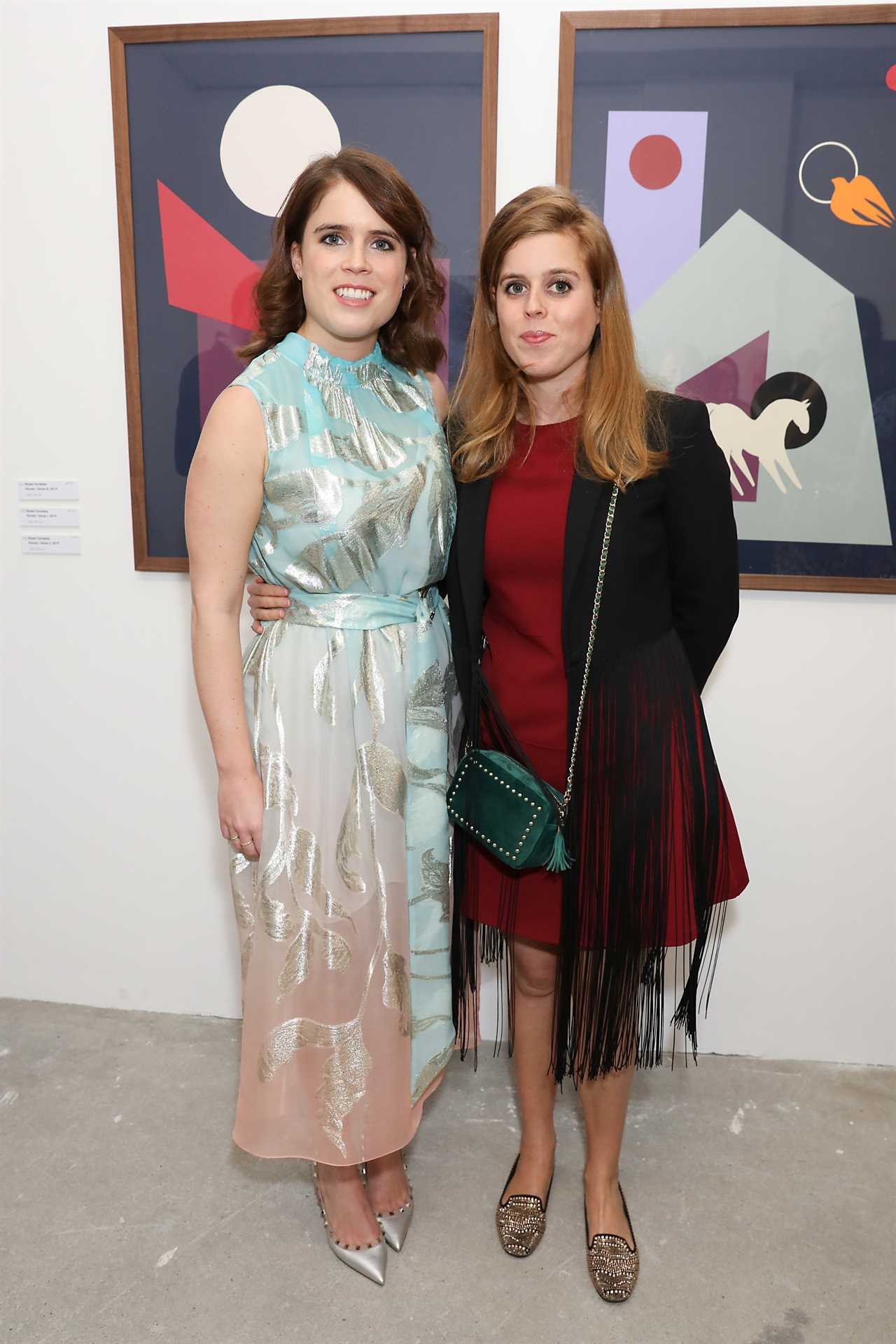 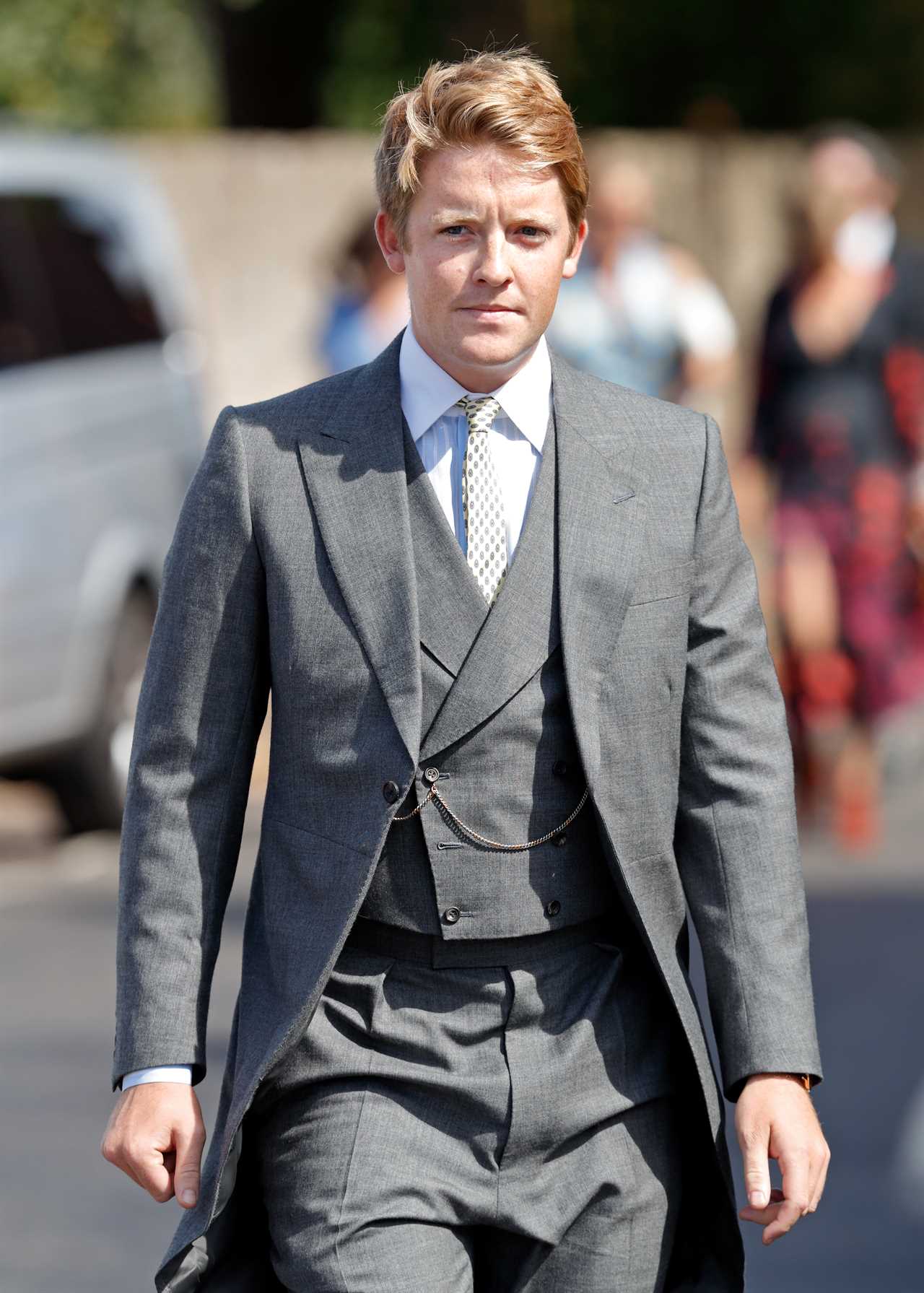