What is written on the note on the Queen’s coffin?

THE Queen will today be laid at rest at Windsor after the Royal Family gathered for a touching service at Westminster Abbey.Her Majesty’s coffin was..

THE Queen will today be laid at rest at Windsor after the Royal Family gathered for a touching service at Westminster Abbey.

Her Majesty’s coffin was today carried into the abbey in front of a 2,000 strong crowd – with the monarch to then be buried at a private ceremony at St George’s Chapel. 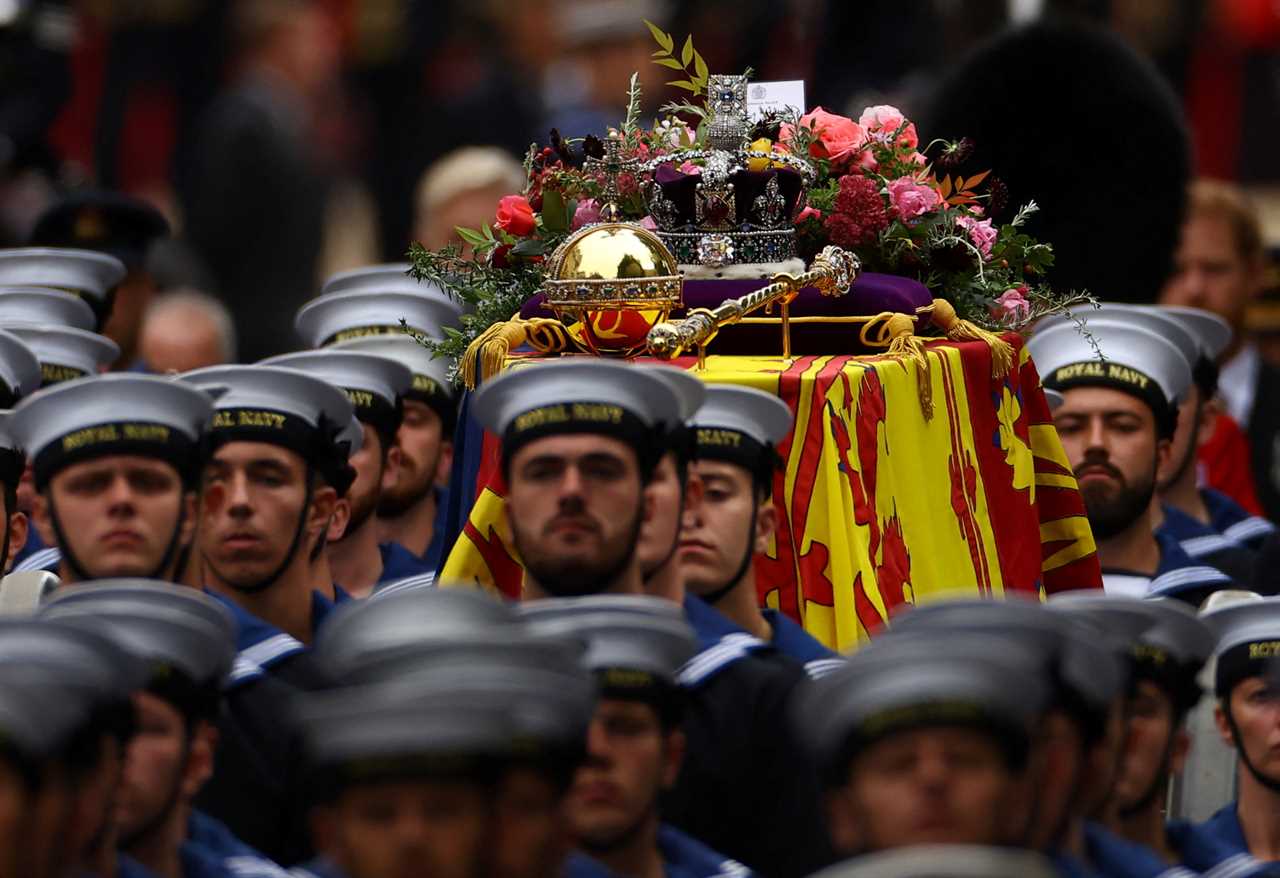 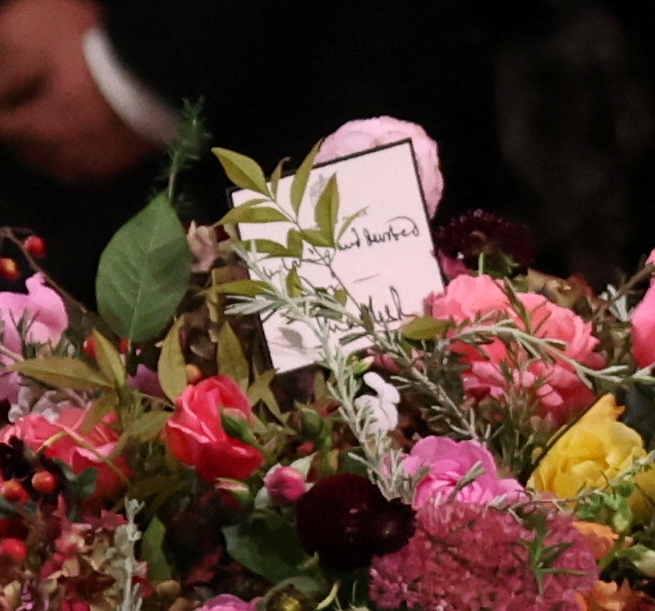 King Charles III left a hand-written note for his mother

And in a touching detail, the Queen’s son, King Charles, left a sweet note on top of his mother’s coffin.

The note reads: “In loving and devoted memory. Charles R”.

The message was surrounded by flowers on top of Her Majesty’s led-lined coffin – with a hidden meaning behind the floral arrangement.

The wreath on the coffin contains “flowers and foliage cut from the gardens of Buckingham Palace, Clarence House and Highgrove House”. 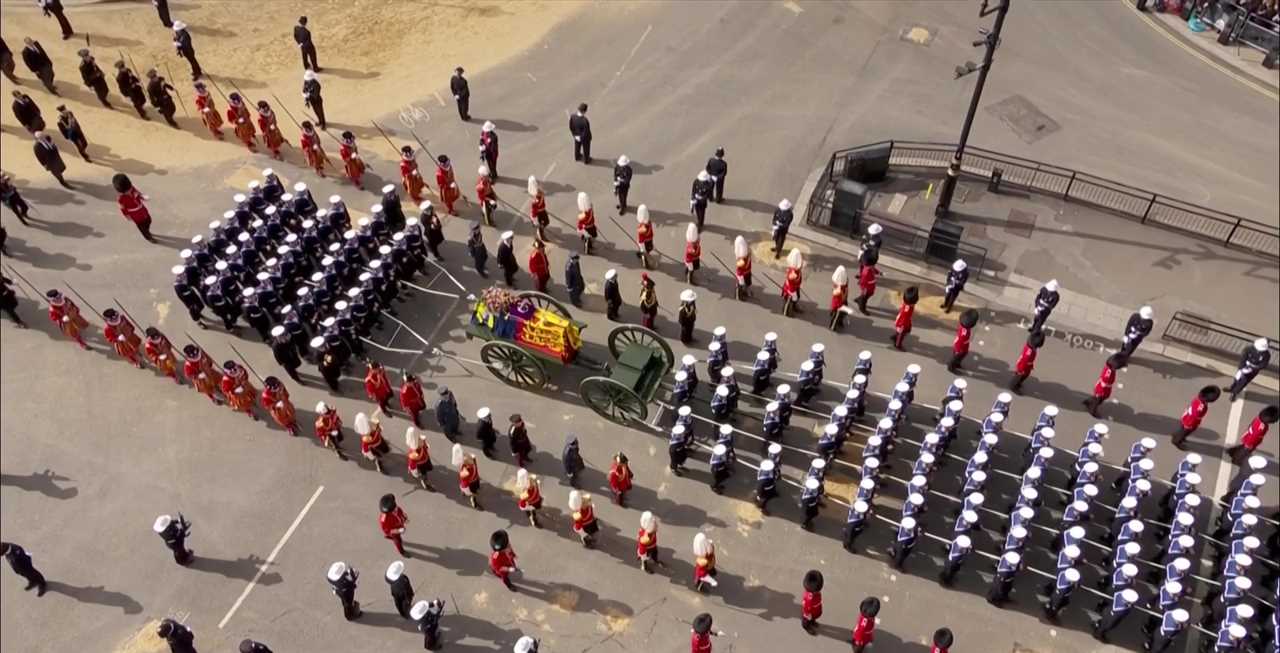 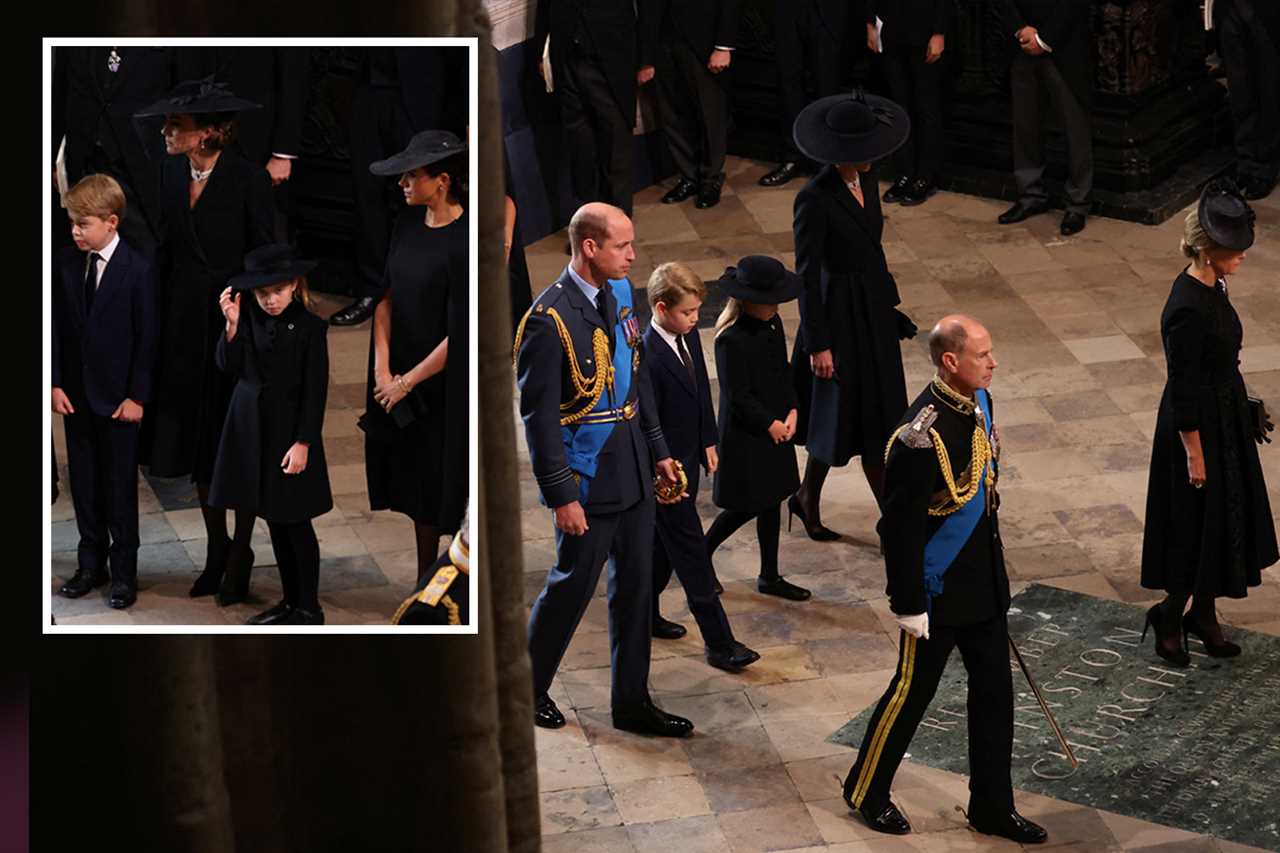 George & Charlotte walk beside their parents in emotional funeral procession

The wreath also includes Myrtle, which was cut from a plant that featured in The Queen’s wedding bouquet in 1947.

The sweet and personal touch by The Queen’s son comes after she did something similar for Prince Philip’s funeral last year.

The Duke of Edinburgh’s coffin was also pictured with a hand-written note on it as it made its way into St George’s Chapel, at Windsor Castle.

Prince Philip sadly passed away during the Covid-19 pandemic which meant the Queen had to attend on her own.

The Queen will now be laid to rest in the Royal Vault and reunited with her husband. 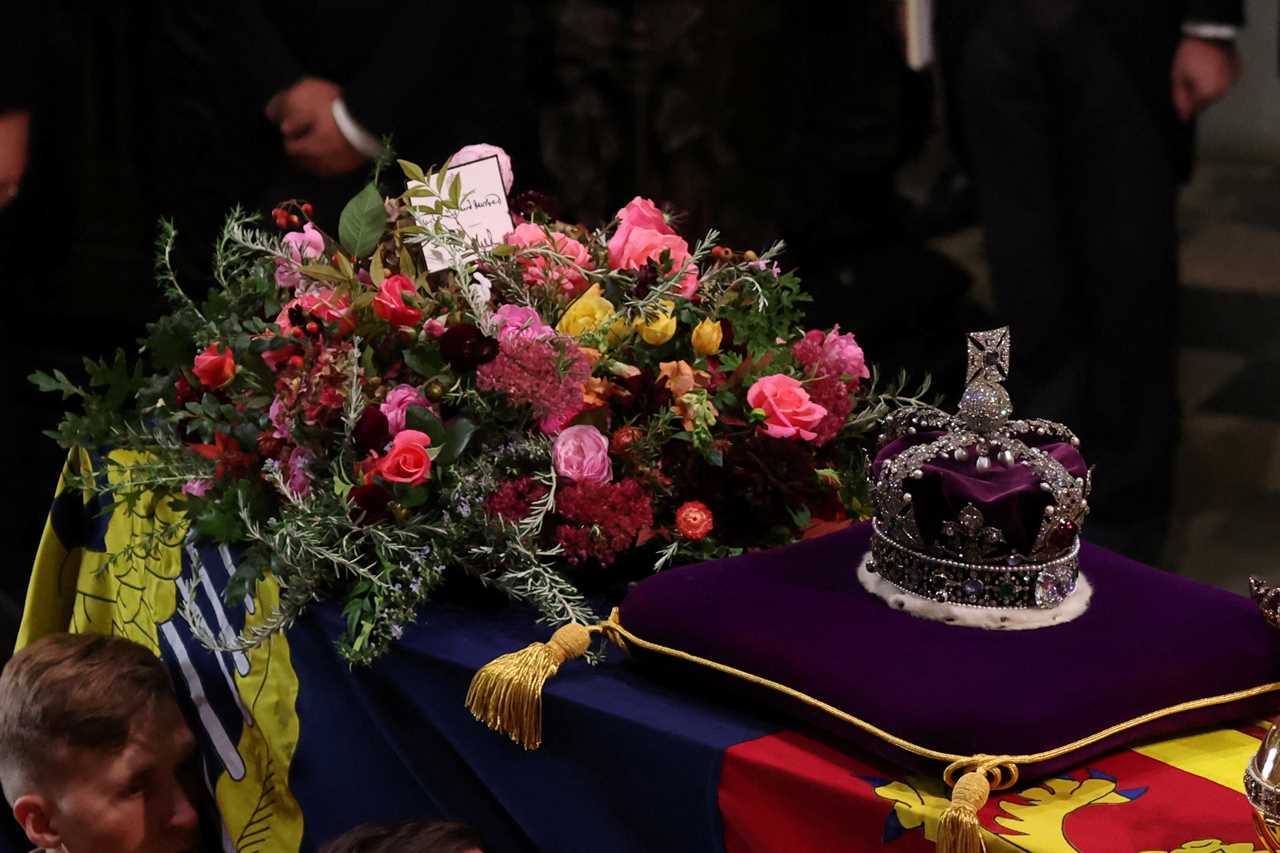