MAX Turner has a surprising change of attitude in the cobbles next week and his father David Platt is impressed.Little does he know the Coronation..

MAX Turner has a surprising change of attitude in the cobbles next week and his father David Platt is impressed.

Little does he know the Coronation Street teen is actually being bullied by a group of vile thugs. 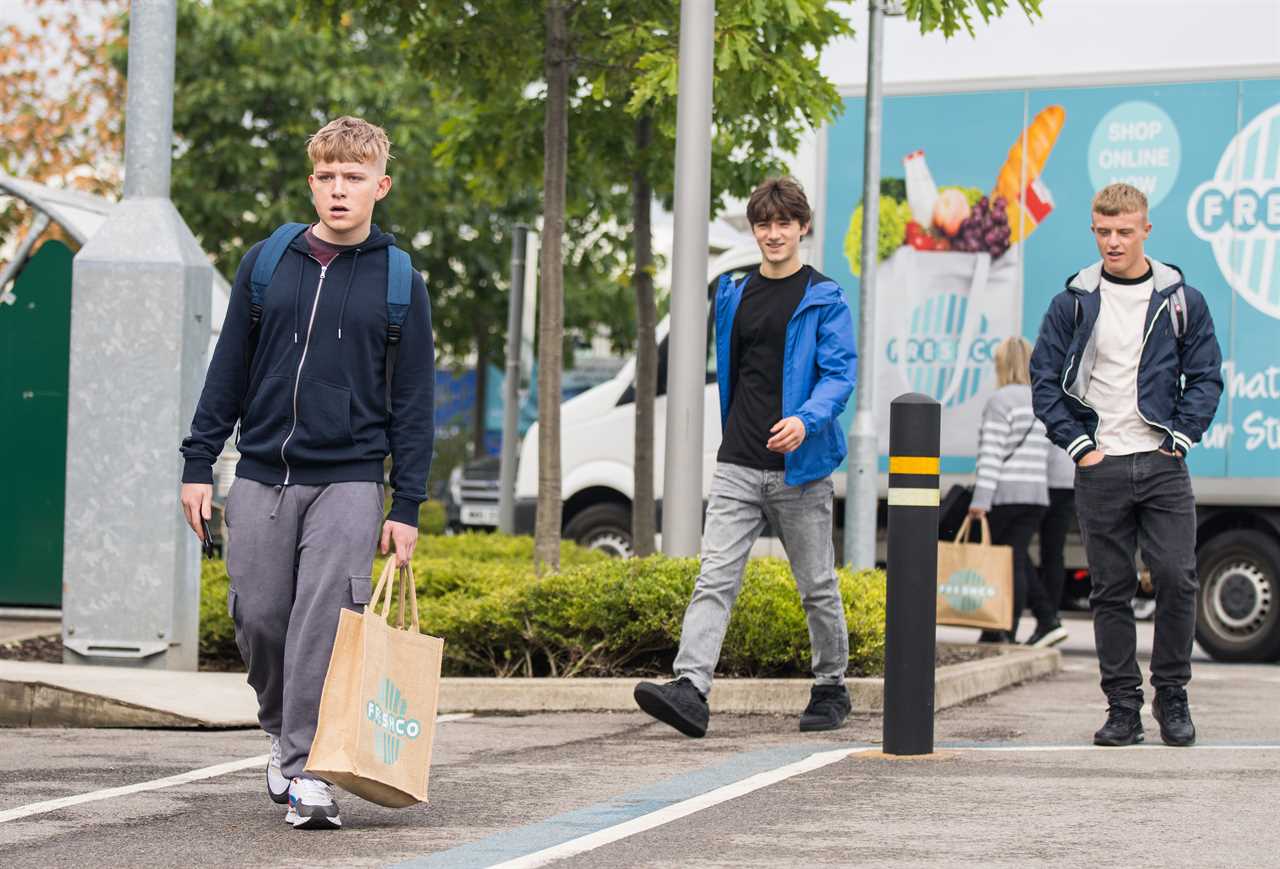 Things have been hard for Max Turner at the PRU 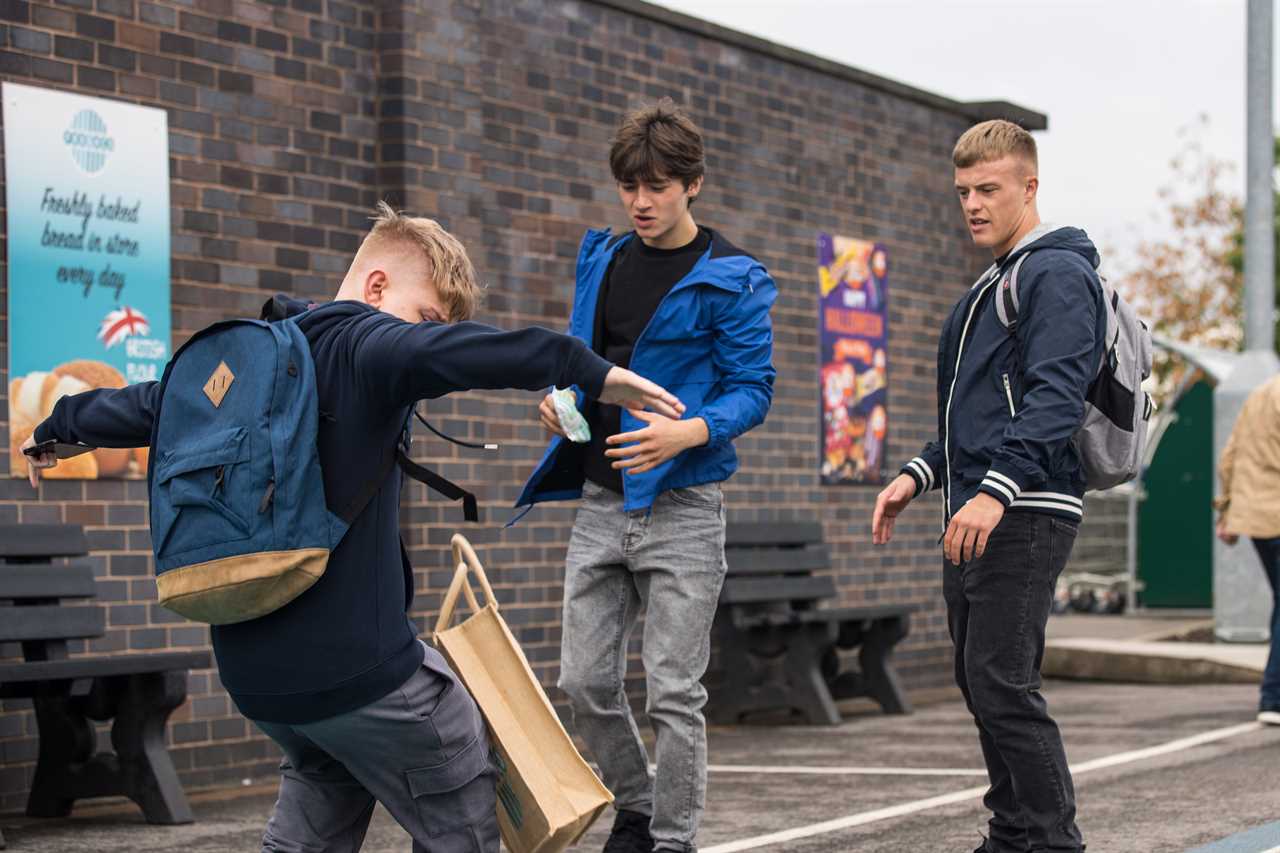 The lad is being bullied by some of his classmates 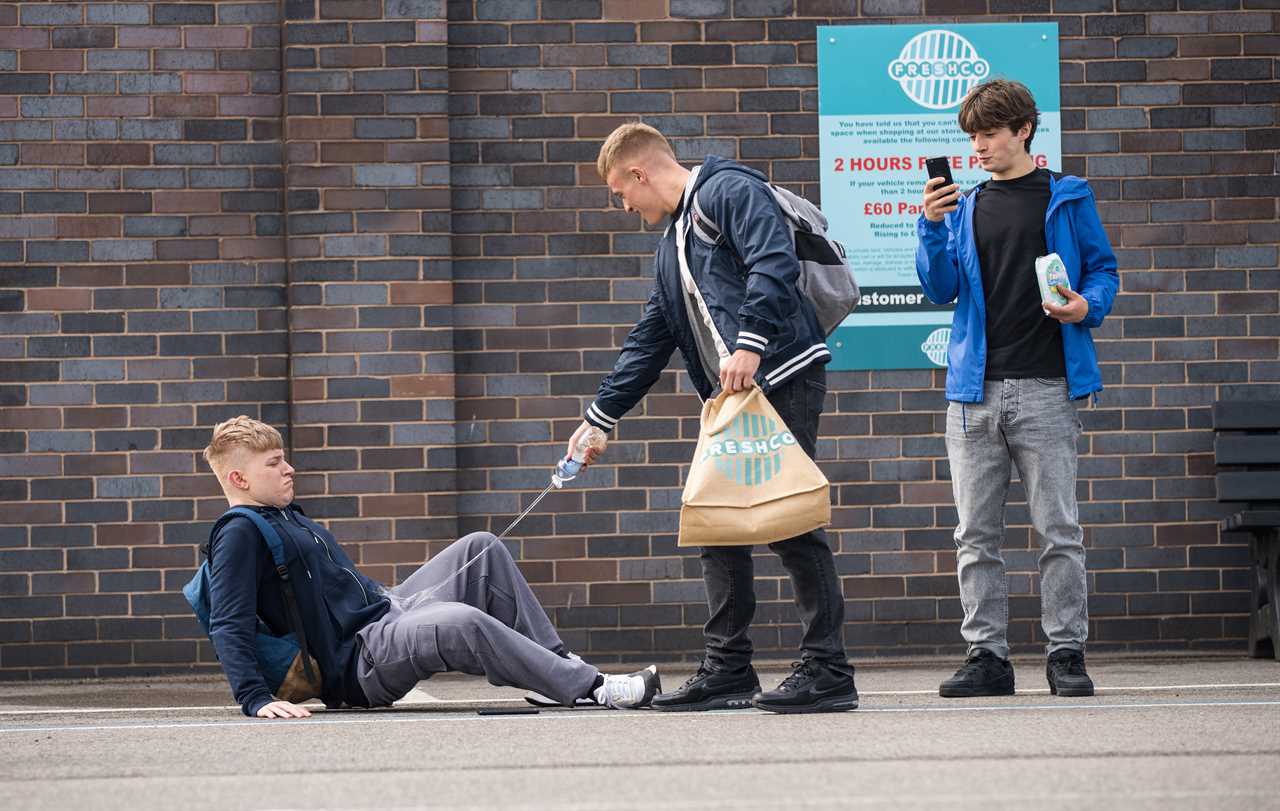 Will he escape his bullies?

After causing trouble in Weatherfield, most notably for Amy Barlow whom he accidentally spiked and Nicky Wheatley who had to scrap all of her plans, Max Turner is trying to clean up his act.

The youngster played by Paddy Bever has been trying to prove he has changed after being booted from Weatherfield High and transferred to a pupil referral unit.

But things haven’t been going well – after being catfished, Max still has to deal with more antics from his bullies.

Coming up, David Platt (played by Jack P. Shepherd) is bemused when Max asks to be picked up after school instead of getting the bus. 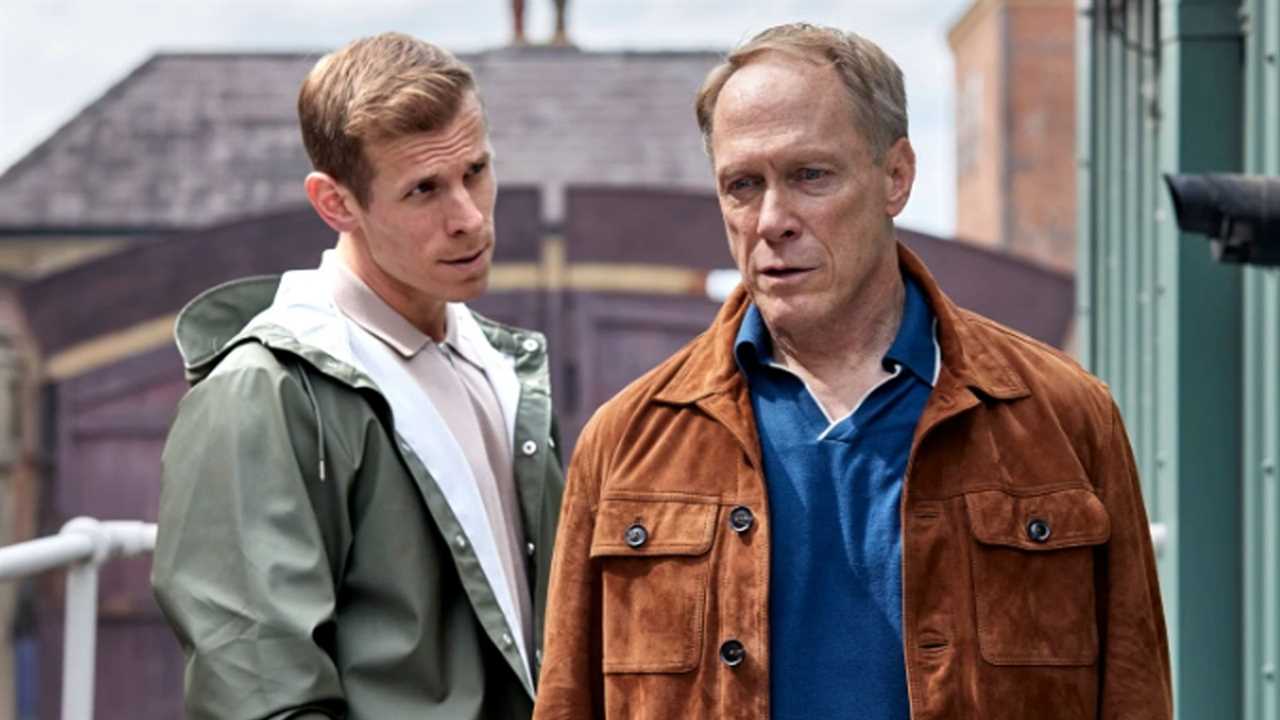 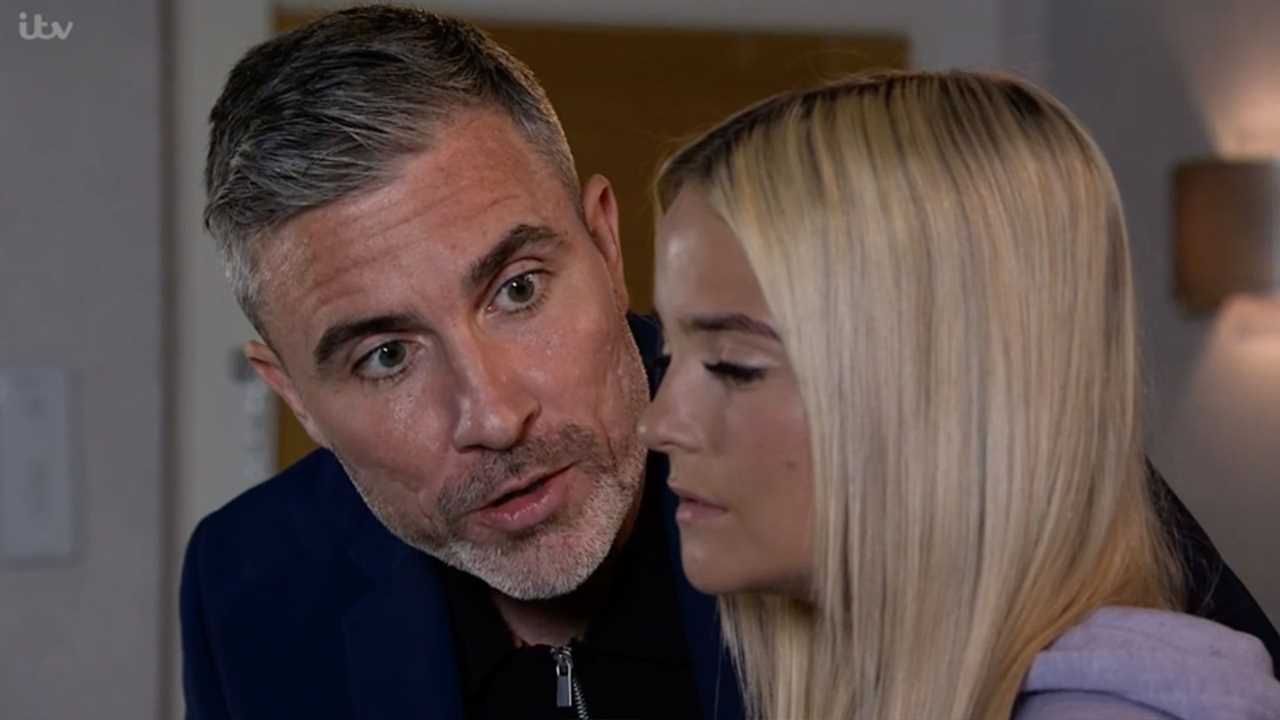 Later on, while he’s waiting in the Freshco car park, Max is accosted by two lads named Chris and Blake who steal his lunch, break his phone and douse him in water.

To top it all off, the youngsters film his humiliation as Max fights tears.

A dishevelled Max makes his way home, upset that David failed to pick him up and left him at his bullies’ mercy.

But when David and his wife Shona receive Max’s glowing report from the PRU, they’re delighted and decide to ask Weatherfield High to take him back.

In an attempt to avoid his bullies, Max engages in conversation with Maria Connor, throwing Chris and Blake off his tail.

However, this leads to Max accepting Maria’s invitation to join her in meeting a teenage refugee.

When Max reports that Maria introduced him to a refugee called Daryan and they got on well, Shona is impressed.

She lets Max know that David is enquiring about him returning to his old school.

Could the lad really escape his bullies?

Or is it too late for him to prove he has changed?

As mentioned above, Max was also tricked online by his bullies, made to believe he was chatting with a girl he had been interested in.

This led to him being blackmailed in a horrifying scam.

Will he ever be rid of his tormenters? 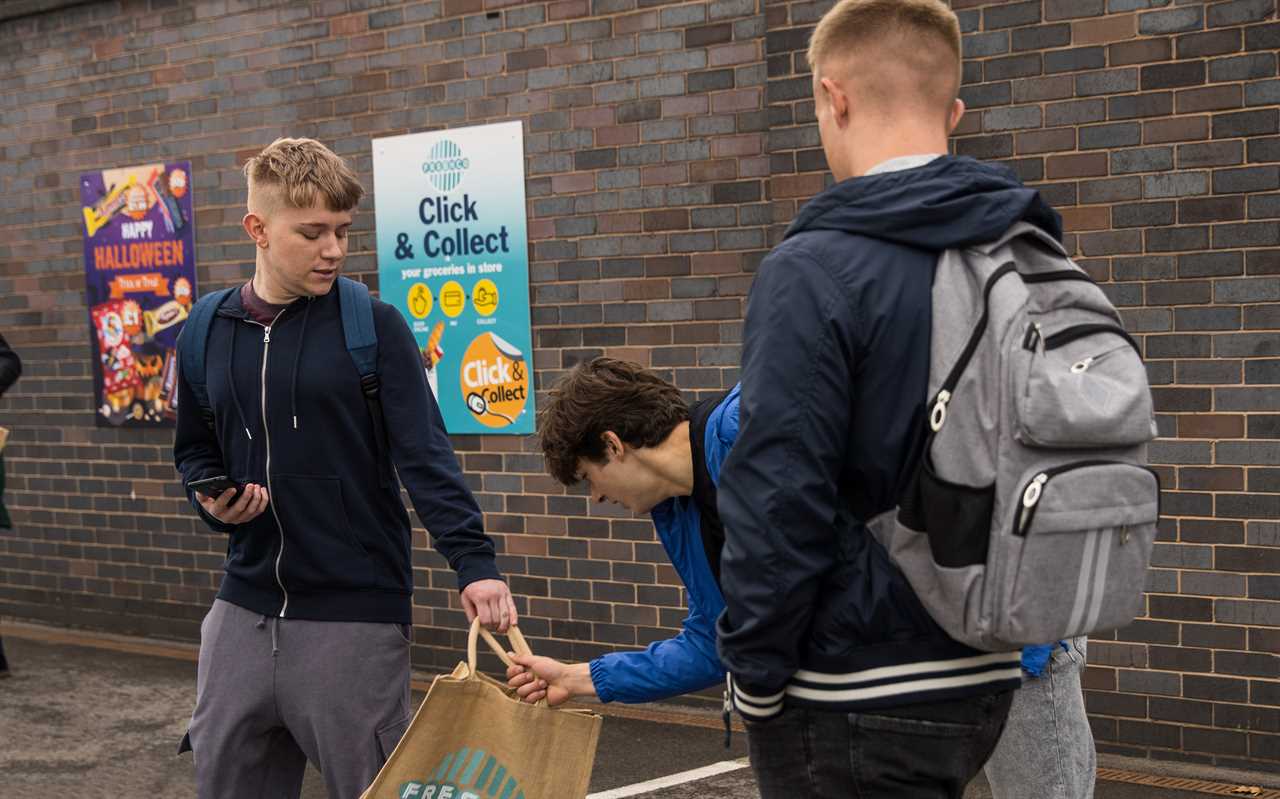 Max has been trying to clean up his act 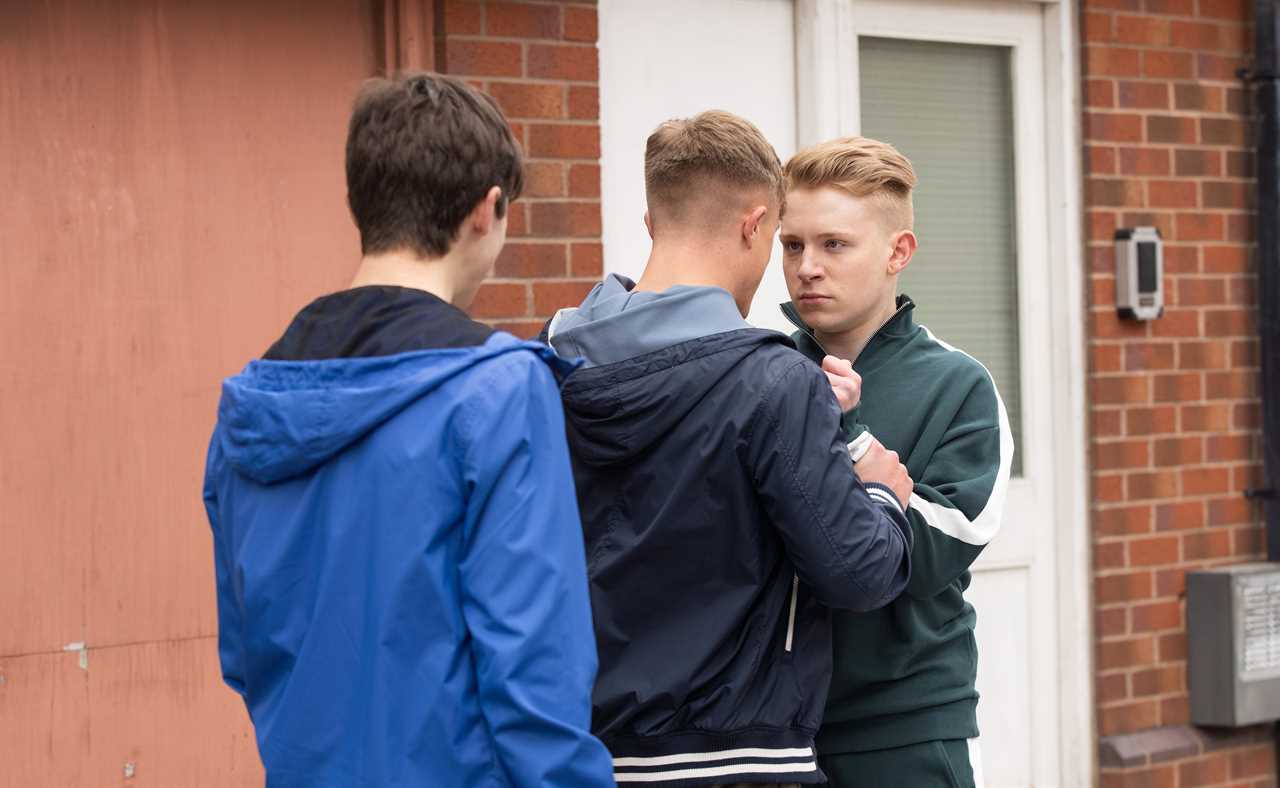 But this wouldn’t be the first time he’s encountering issues in the PRU
Did you miss our previous article...
https://thecelebreport.com/television/mark-wright-shares-new-look-inside-35m-mansion-as-he-and-michelle-keegan-make-finishing-touches
ashemaxhumiliated