Billy Porter also dressed to impress as he stunned wearing a fabulous pair of black wings. 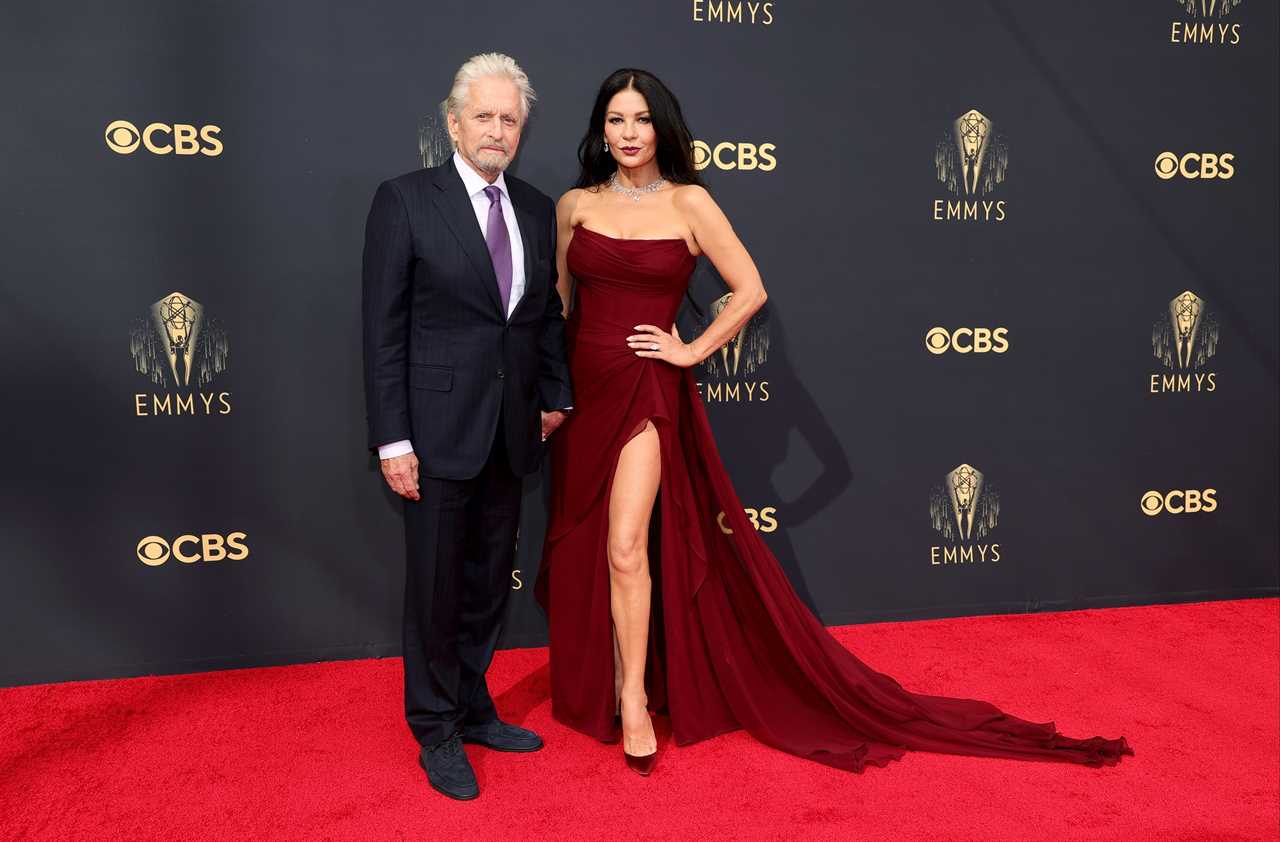 Catherine and Michael hit the red carpet together 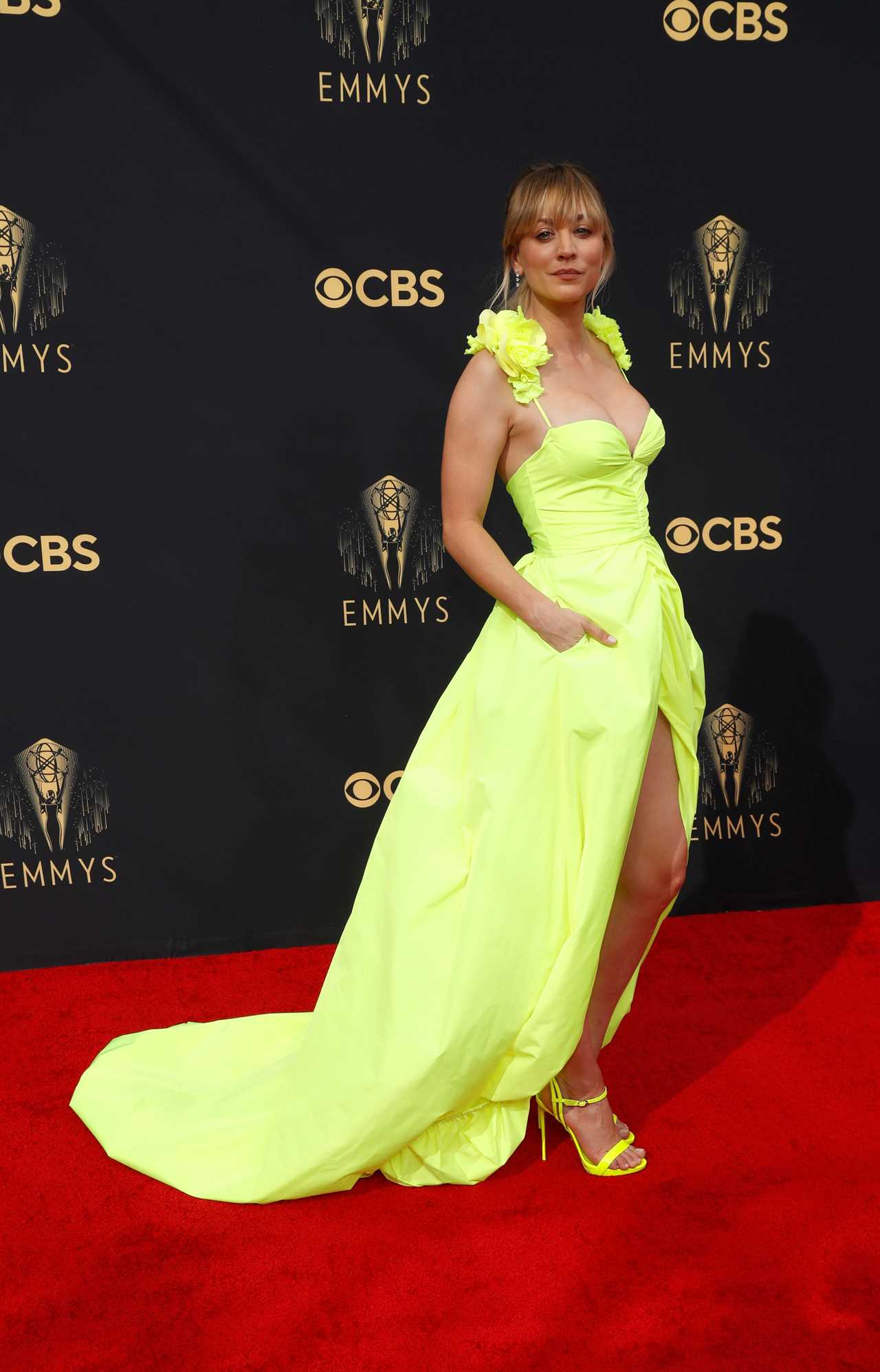 Kaley added a pop of color 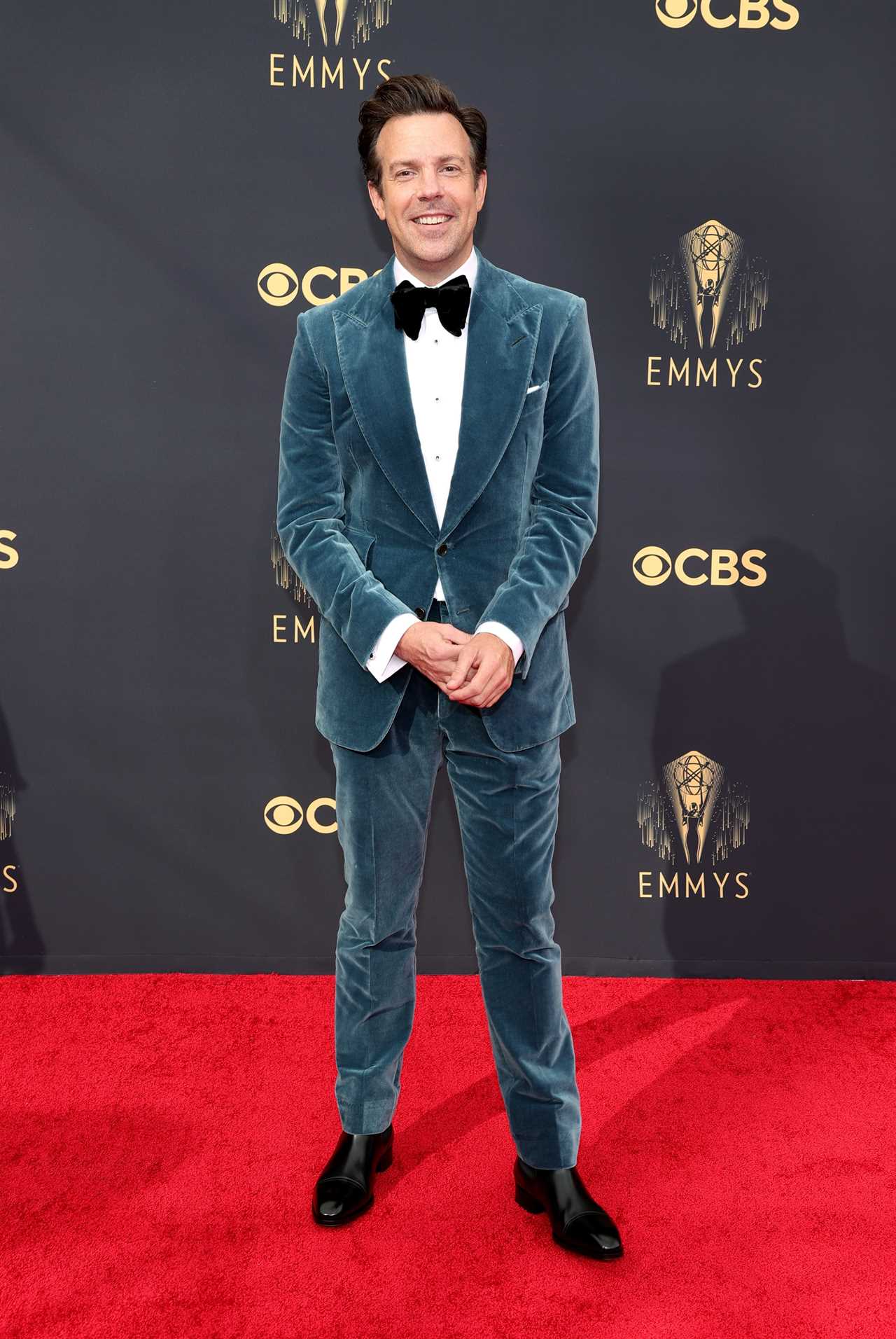 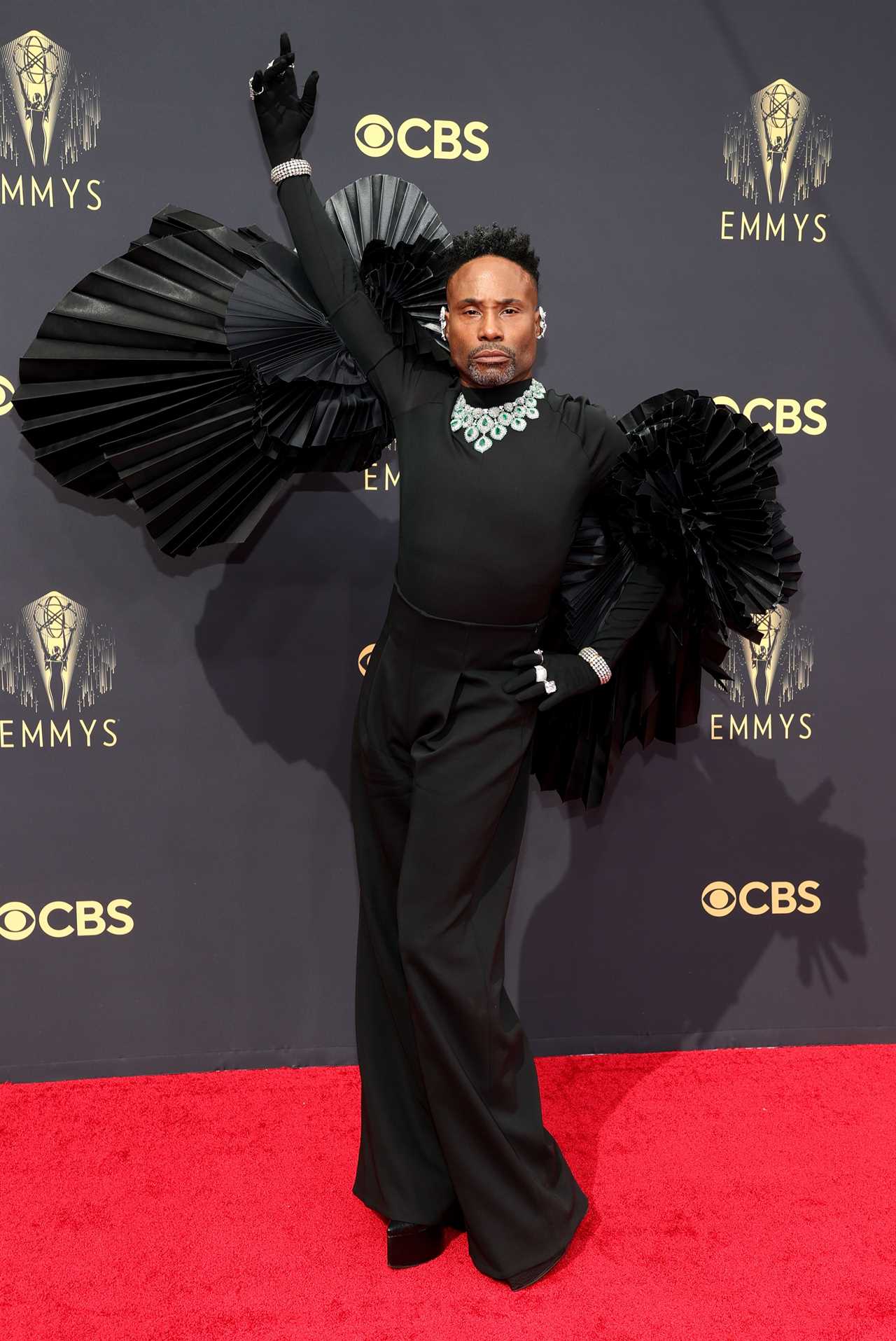 The classic beauty stunned in a red dress with high slit, while Michael kept things classic in a blue suit and tie.

Nominee Kaley stunned in a bright yellow gown, which includes a large slit near the front.

Meanwhile, Pose star Billy stole the show in a black ensemble that had a unique twist with a set of wings and diamond jewelry.

Rita Wilson wore a classic black suit from Tom Ford, which was completed with a sequined top and metallic pants.

The actress pulled the look together with black open-toed heels and layered silver necklaces.

This Is Us star Many Moore stunned in a red gown, while Elizabeth Olsen wore a white gown designed by her older sisters Mary-Kate and Ashley Olsen.

Gillian Anderson stunned in a chic white gown, which included a hole at her stomach and white chains that hung from the opening.

Emmys host Cedric the Entertainer added a pop of color to the red carpet as he sported a light blue tux.

Kathryn Hahn kept things simple in a black jumpsuit with a large black bow in the black, though the ensemble included a pop of color with a diamond silver and green necklace.

Presenter Jennifer Coolidge stunned in a black Christian Siriano gown, which was completed with a cape.

Mindy Kaling wore a strapless black gown with a large bow, while Anya Taylor-Joy stunned in a yellow grown with a huge train.

Some of the biggest stars in Hollywood hit the red carpet on Sunday ahead of the Emmy Awards.

The awards show- which honors the best television shows of the year- was held at the Microsoft Theater in Los Angeles and aired on CBS and Paramount+.

The Crown‘s Josh O’Connor followed and was the second star to be interviewed by Karamo.

Other stars that were early arrivals on the red carpet include Saturday Night Live‘s Kenan Thompson and Cecily Strong, as well as The Masked Singer‘s Ken Jeong.

Bowen Yang made a bold statement in high heels, while Billy Porter stunned in a sleek black ensemble, which she accessorized with wings, diamonds and emeralds. 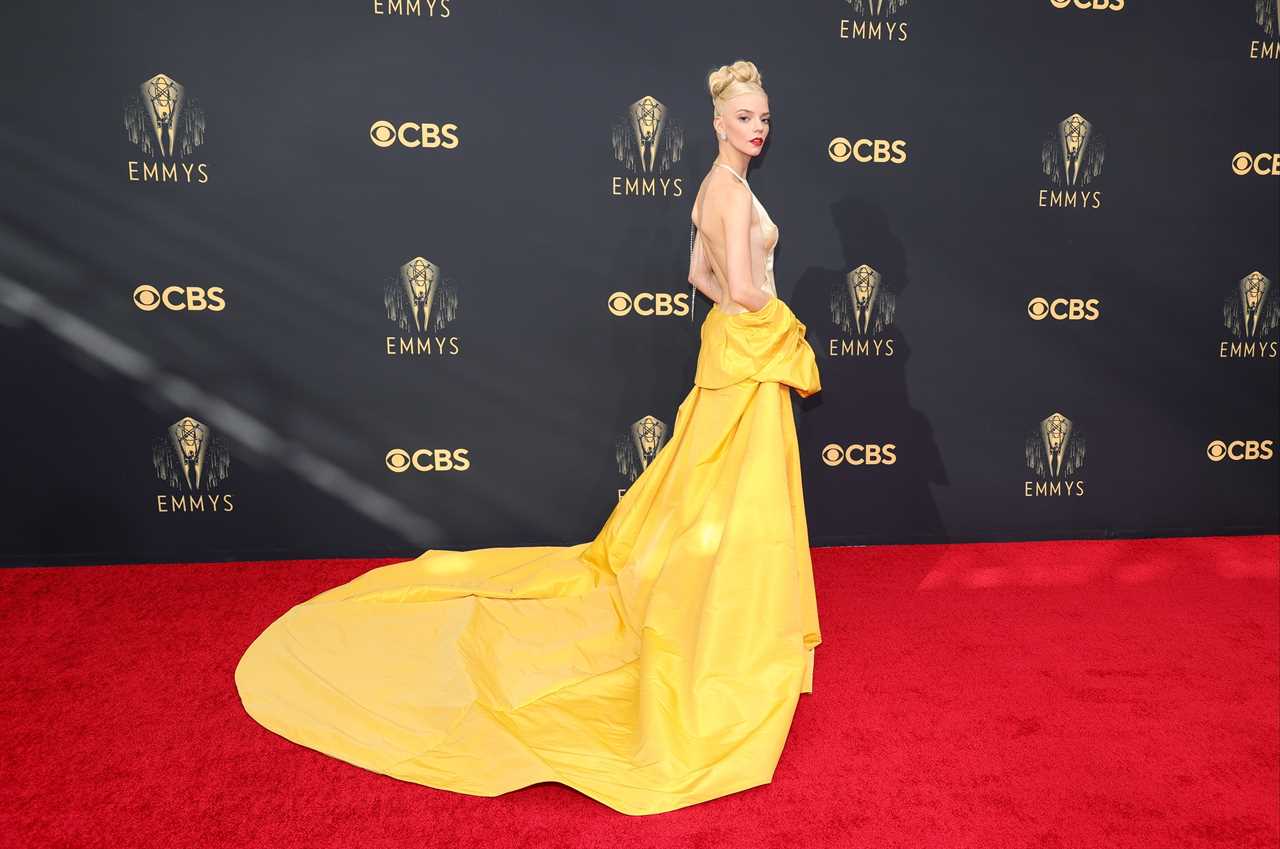 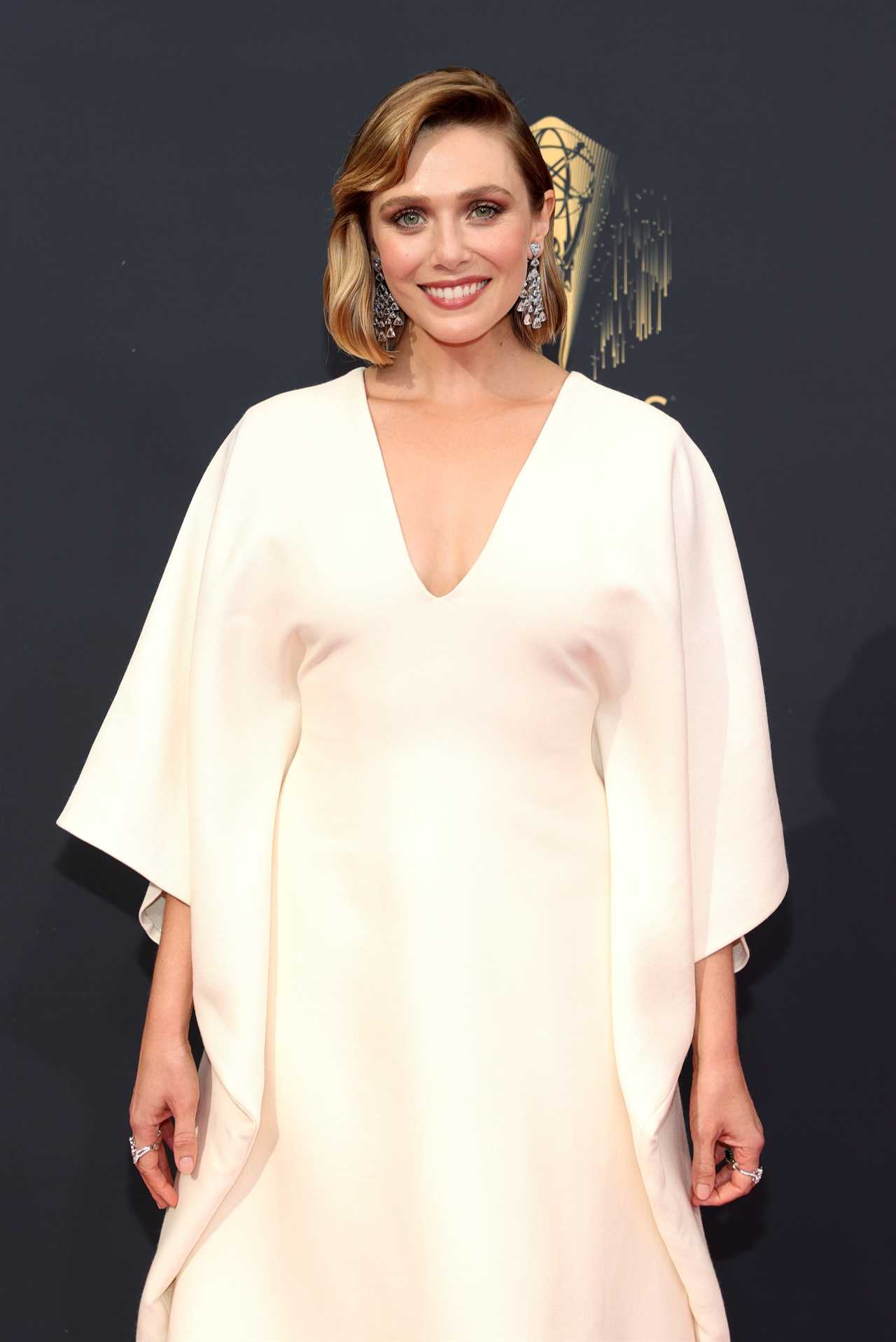 Elizabeth wore a design by her older sisters 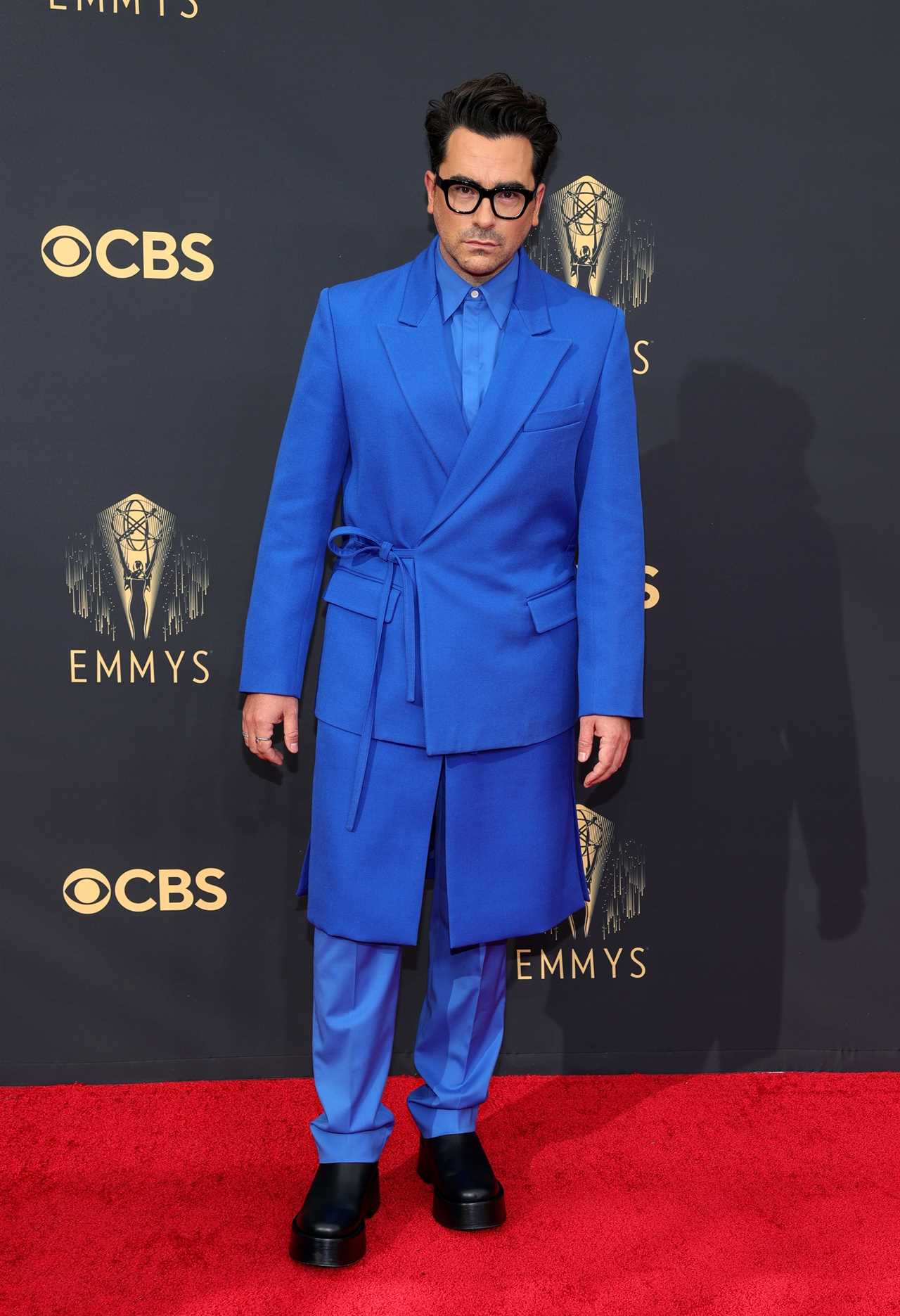 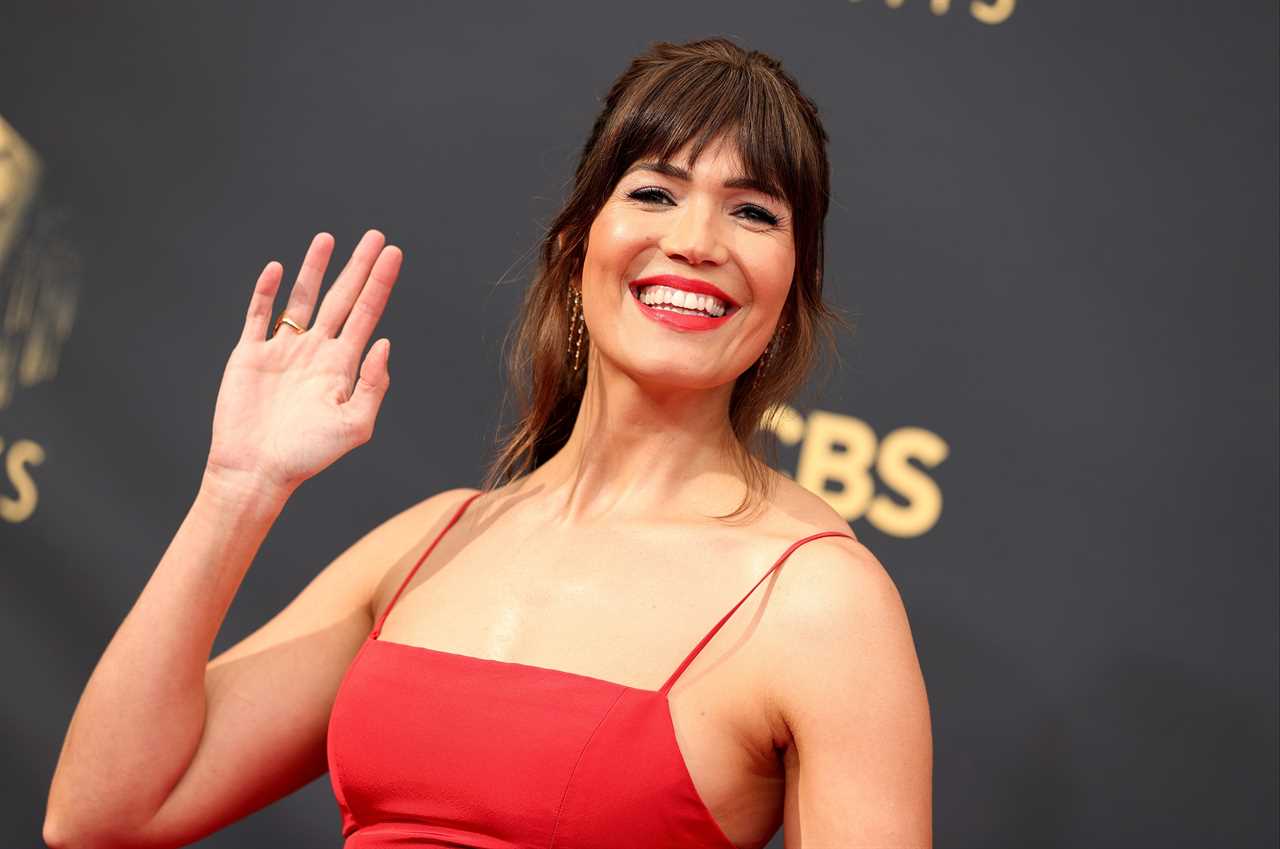 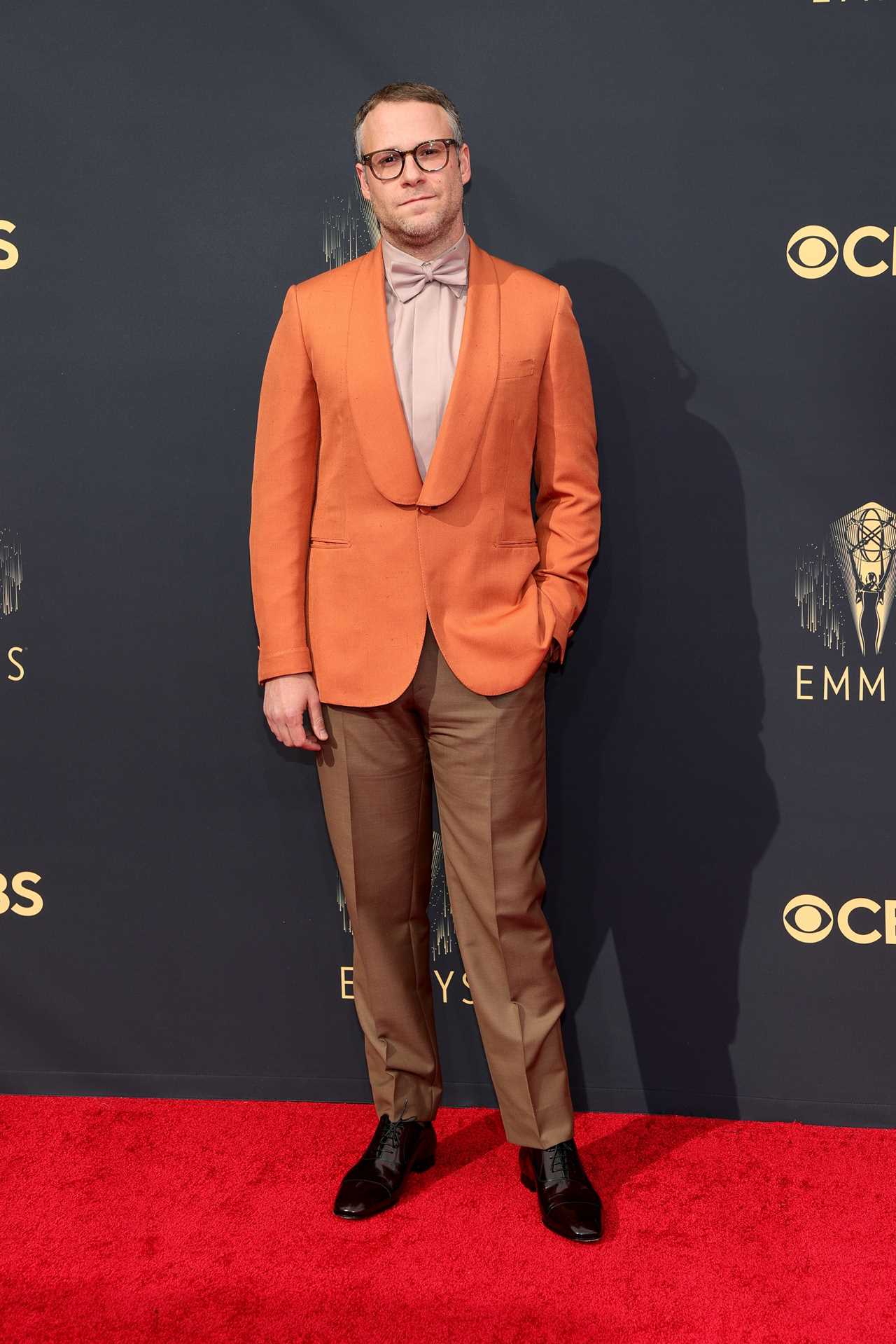 Seth hit the red carpet in an orange jacket 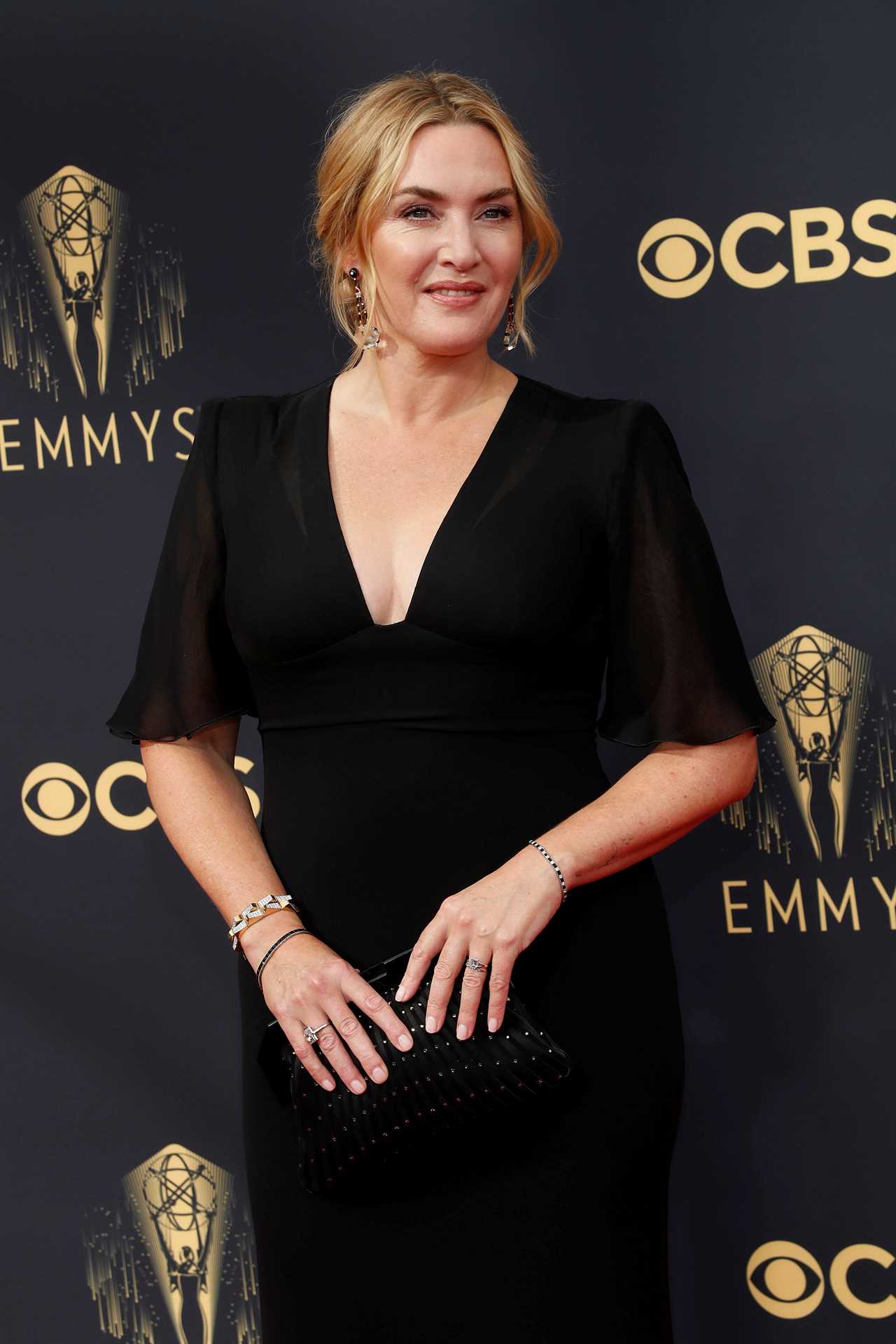 Kate hit the red carpet with a plunging neckline dress 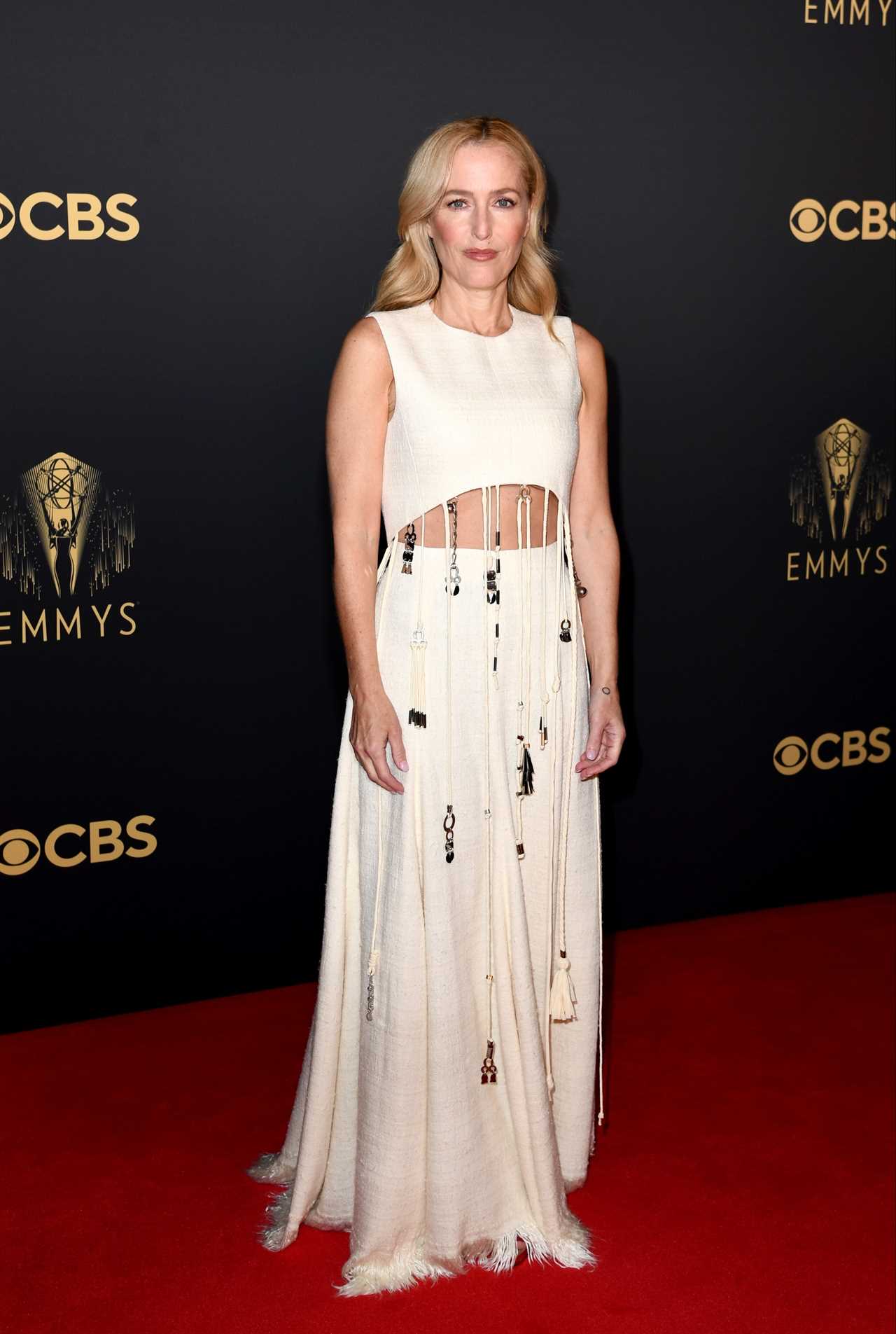 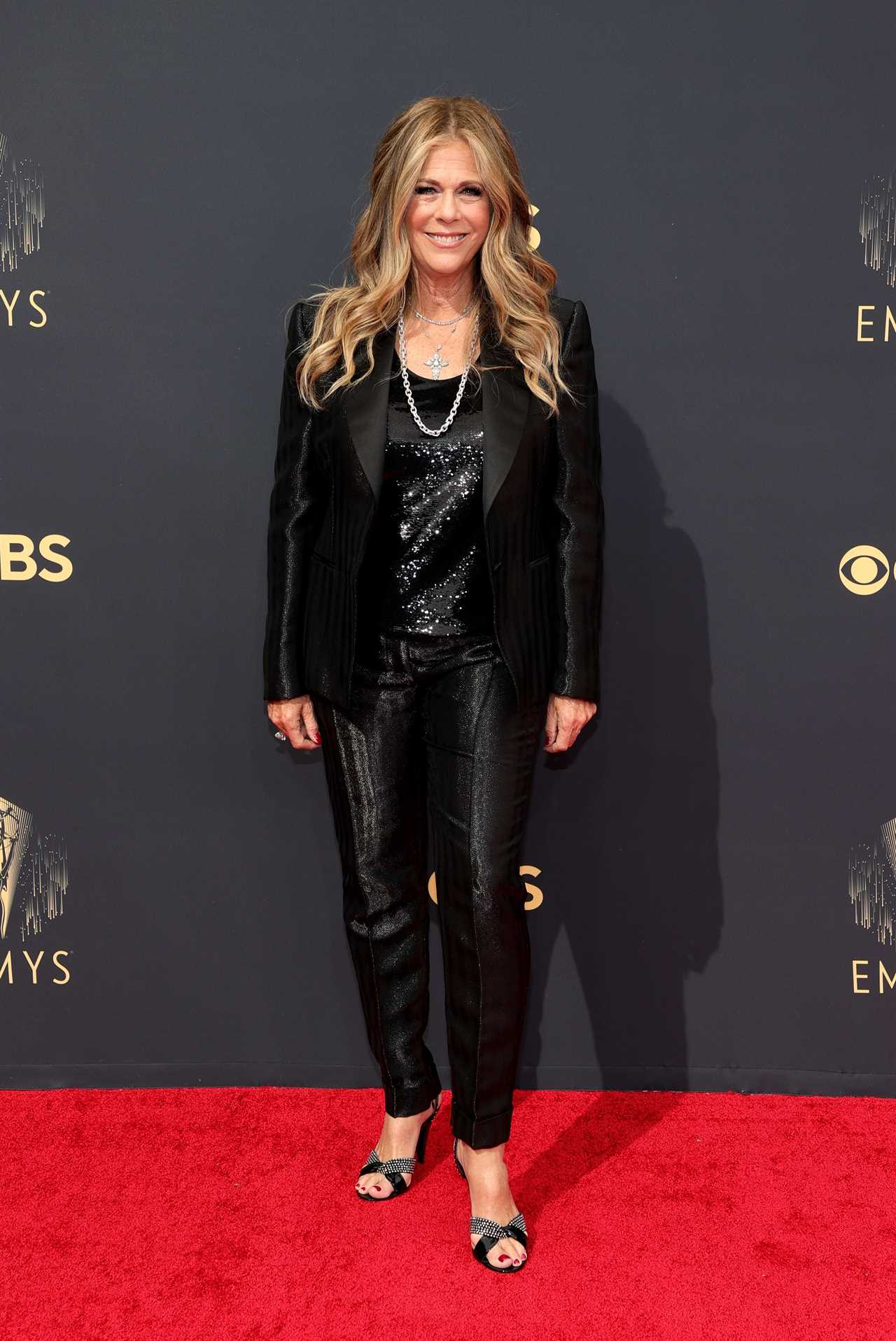 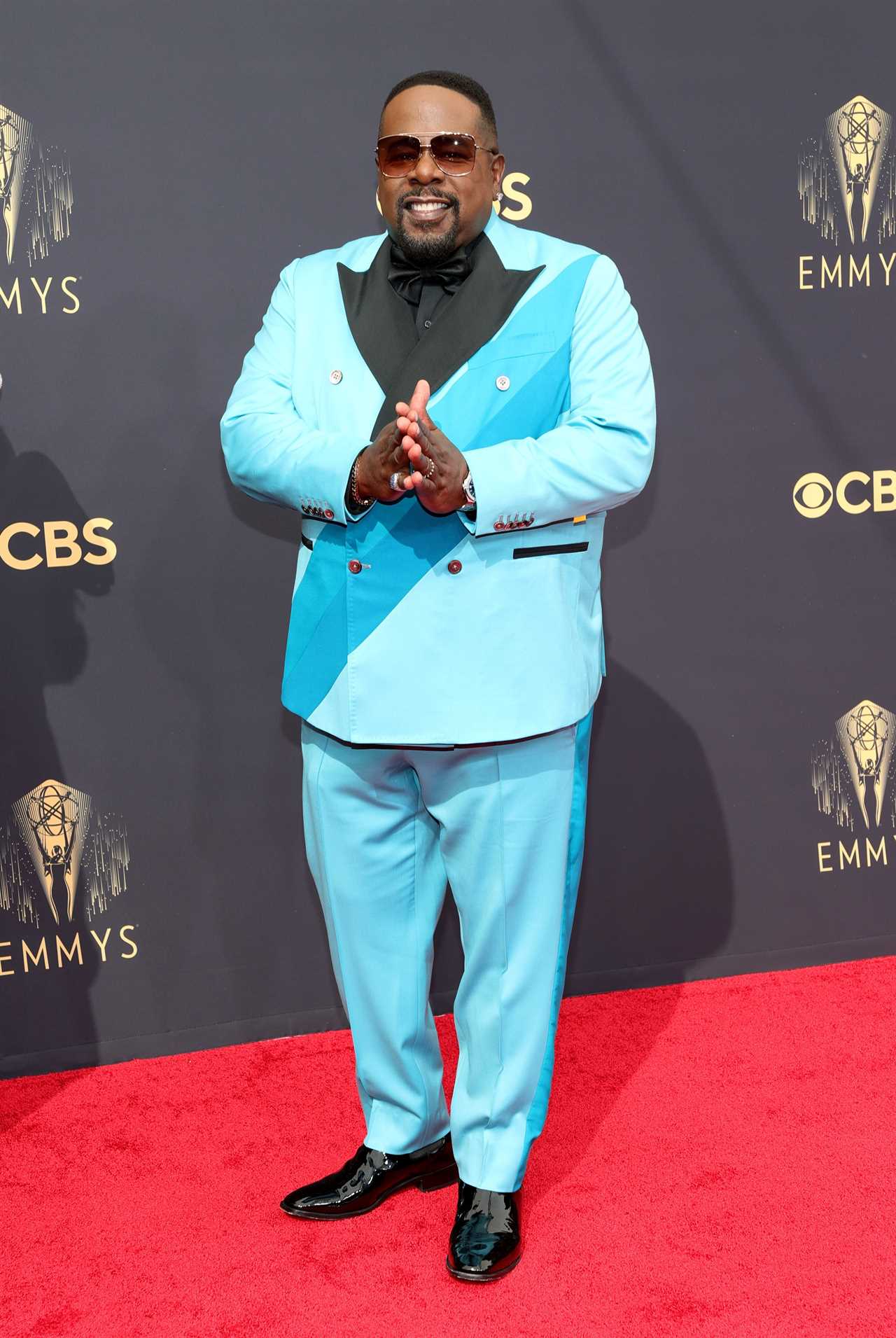 Cedric the Entertainer added a pop of color to the carpet 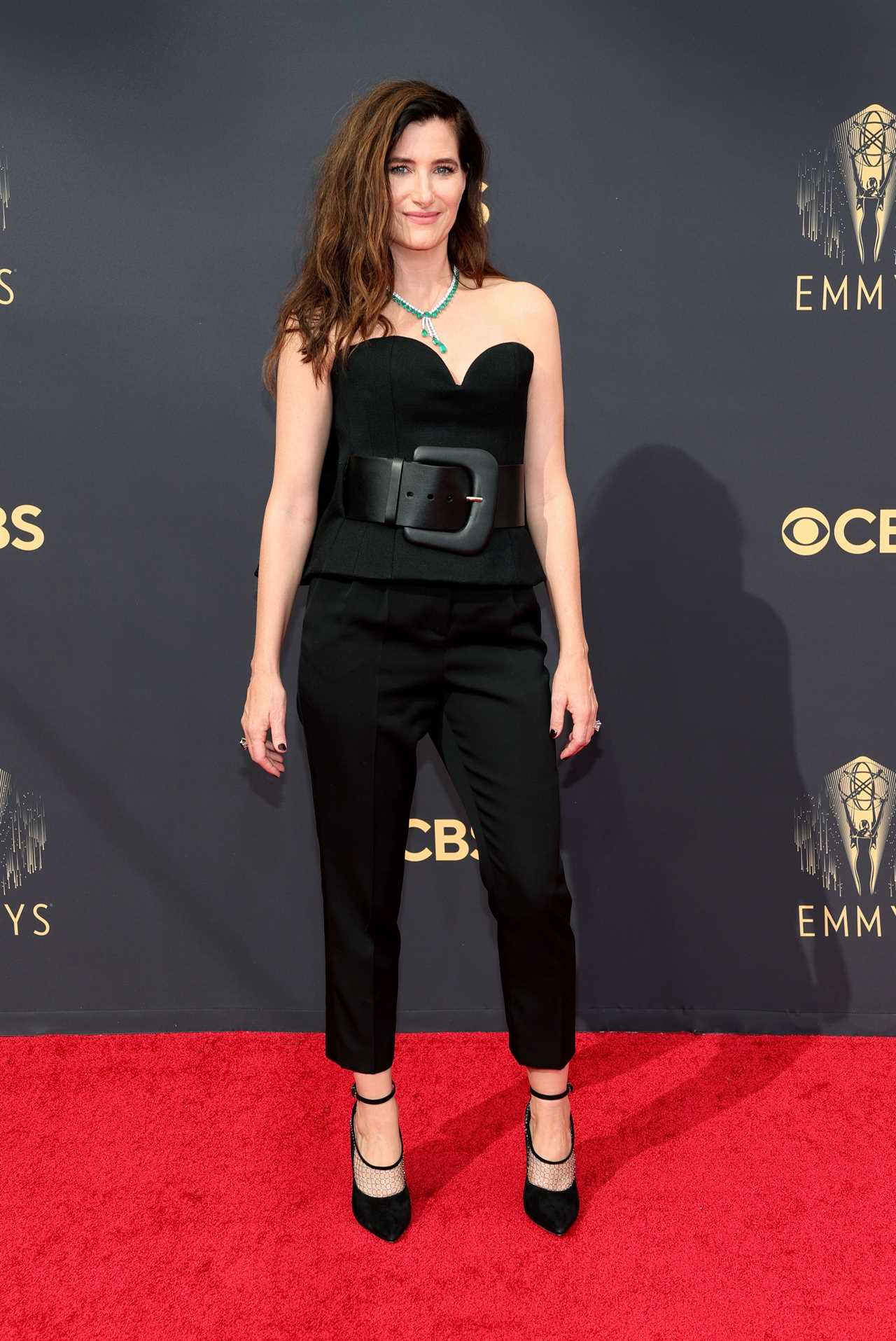 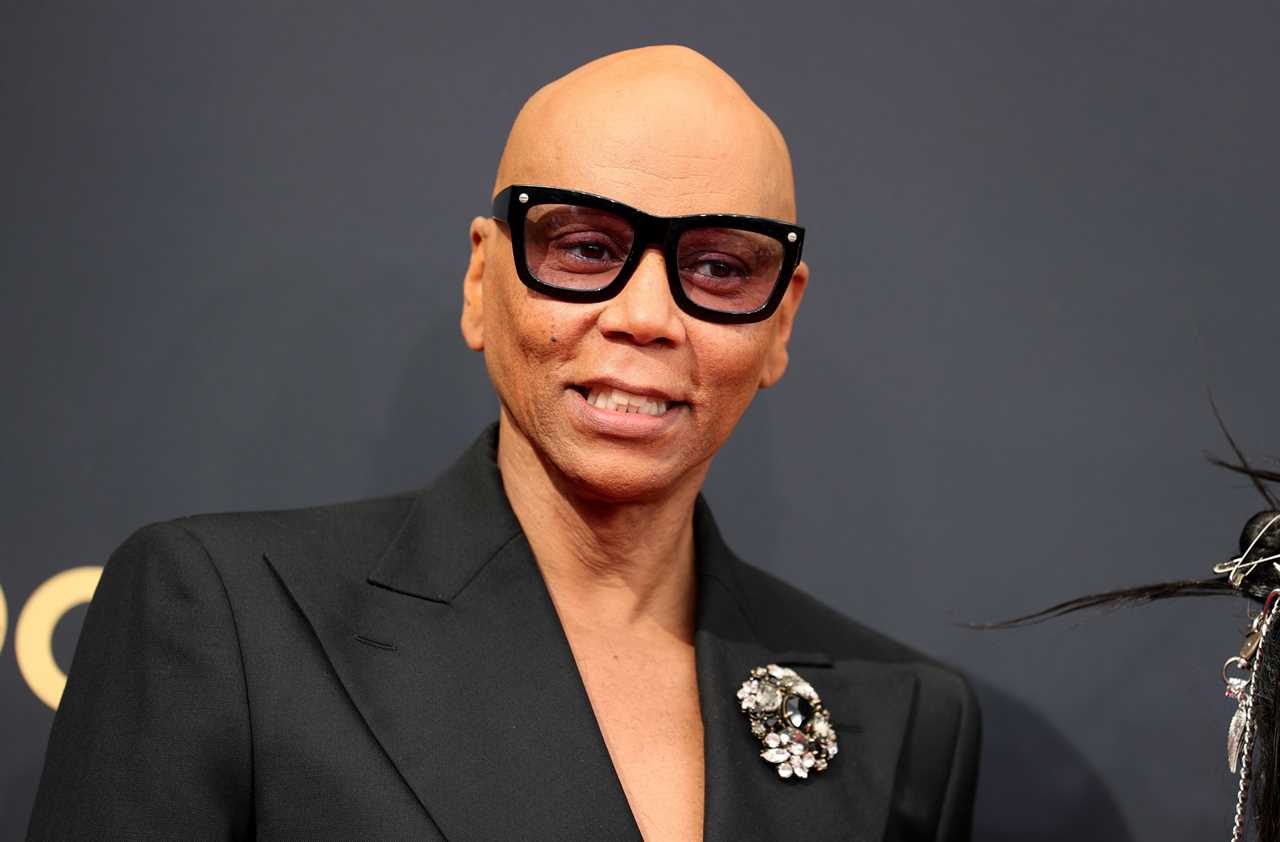