TELLY chiefs have made sure this year’s Christmas schedule is set to be a cracker. Get ready for a feast of new shows, lashings of laughs, festive..

TELLY chiefs have made sure this year’s Christmas schedule is set to be a cracker.

Get ready for a feast of new shows, lashings of laughs, festive specials, top drama, and award-winning stars. 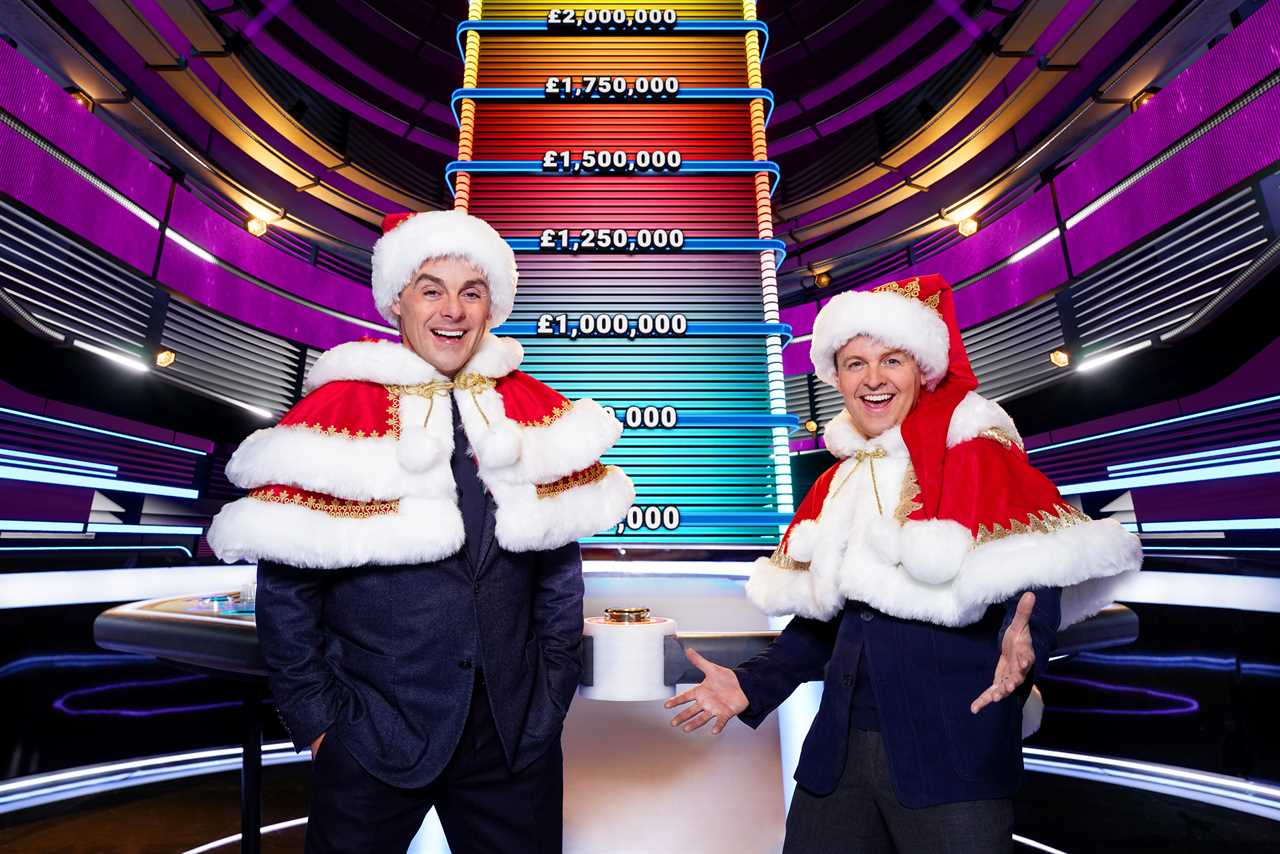 CHRISTMAS CAROLE (Sky Max): Suranne Jones stars as an unashamedly wealthy entrepreneur in a modern take on Charles Dickens’ A Christmas Carol. Taj Atwal and Nish Kumar join her on the bill for this classy remake. 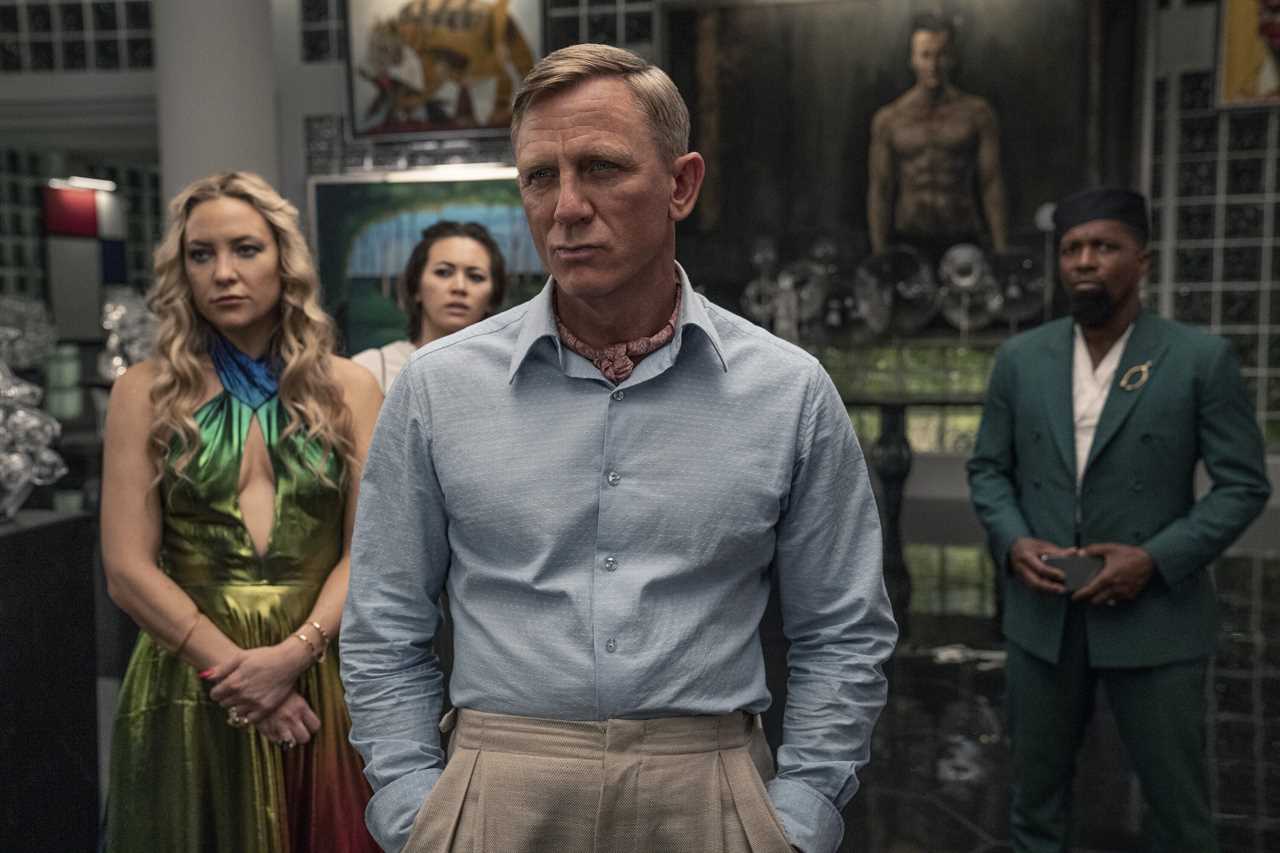 GLASS ONION: A KNIVES OUT MYSTERY (Netflix, Dec 23): Daniel Craig is back as Detective Benoit Blanc alongside Kate Hudson and Edward Norton in this sequel to 2019’s first Knives Out smash. When someone dies on billionaire Miles Bron’s private Greek island, Blanc is put on the case. 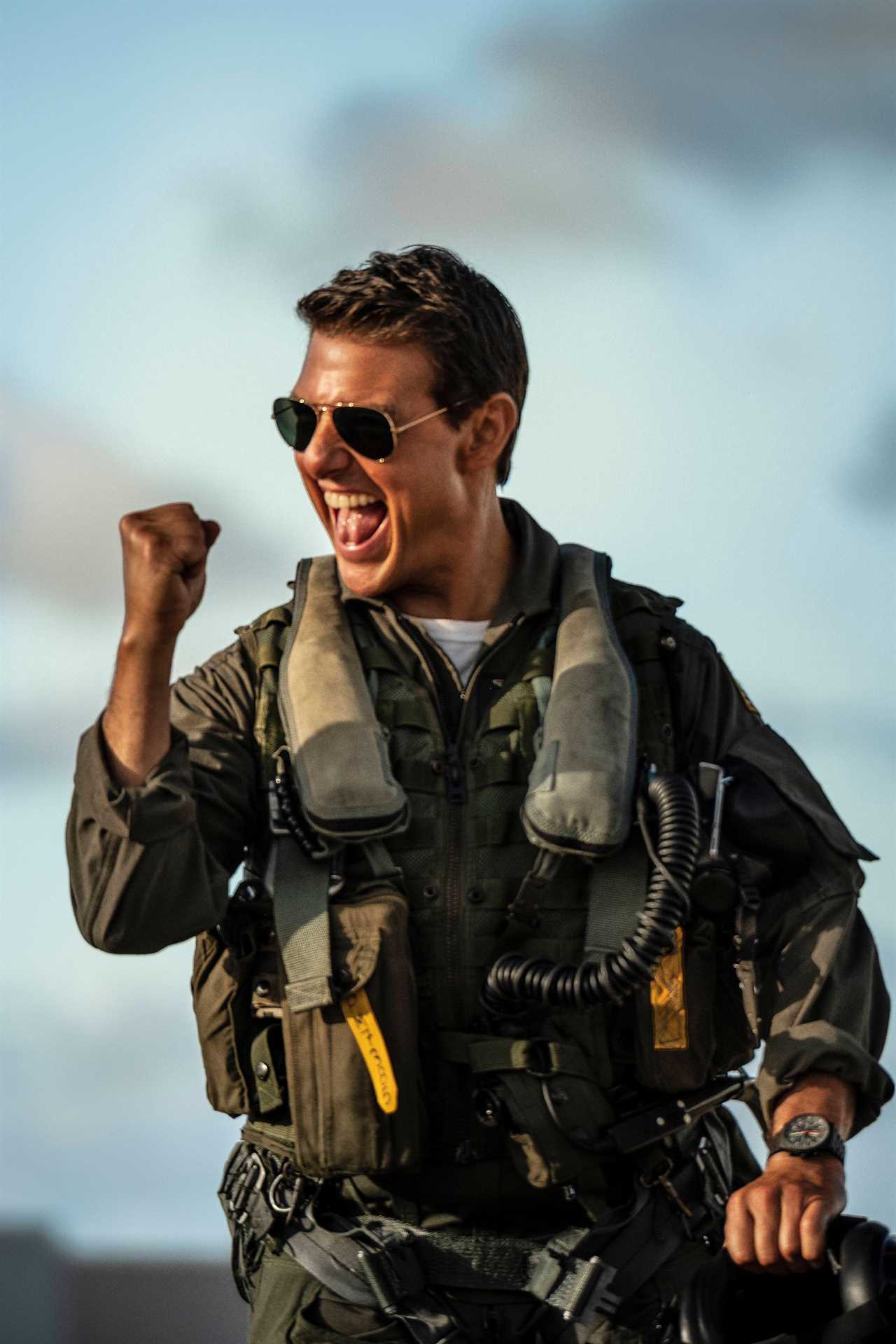 Tom Cruise returns as Maverick, who confronts his past while training a group of younger graduates

TOP GUN: MAVERICK (Paramount+, Dec 22): Stream the year’s biggest blockbuster from your front room. Tom Cruise returns as Maverick, who confronts his past while training a group of younger graduates, including the son of his deceased best friend.

THE BANSHEES OF INISHERIN (Disney+, Dec 21): Colin Farrell’s moody tragicomedy makes for a grown-up watch over the festive break. It follows two lifelong friends who find themselves at an impasse when one unexpectedly puts an end to their friendship. 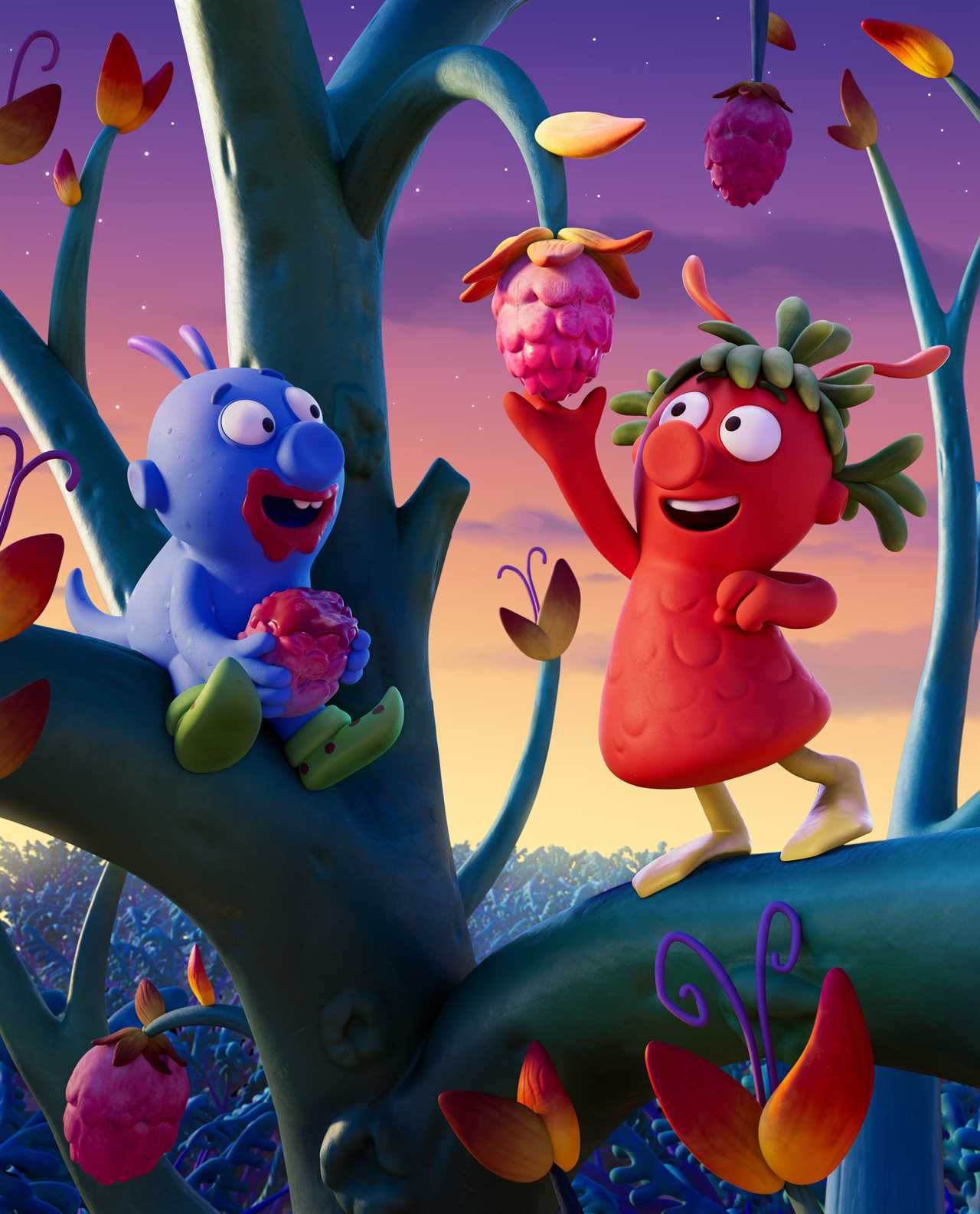 THE SMEDS AND THE SMOOS (BBC One): The Beeb’s annual Julia Donaldson and Axel Scheffler animation sees the intergalactic red Smeds and blue Smoos work together to find young Janet and Bill who escape. Adjoa Andoh and Bill Bailey star.

THE BOY, THE MOLE, THE FOX AND THE HORSE (BBC One): A story of courage and hope in this new hand-drawn animation based on Charlie Mackesy’s book. The tale follows the unlikely friendship of, you guessed it, a boy, a mole, a fox and a horse travelling together in the boy’s search for home. 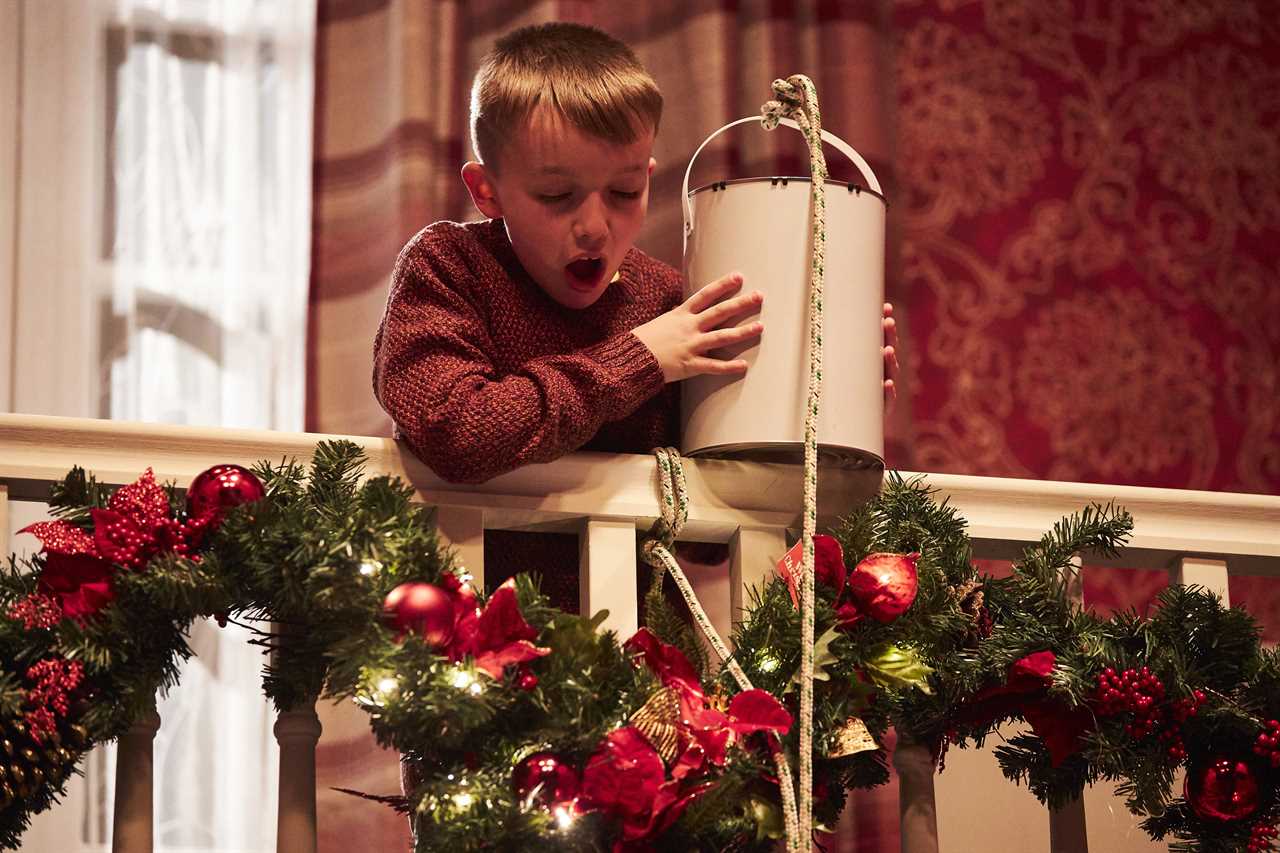 Just how feasible the zany booby traps are in Macaulay Culkin’s classic?

THE UNOFFICIAL SCIENCE OF HOME ALONE (Sky Max): If you want to know how feasible the zany booby traps are in Macaulay Culkin’s classic, comedians James Acaster, Guz Khan and Alex Brooker try to find out.

CHRISTMAS ON MISTLETOE FARM (Netflix): A charming, feelgood rom com for bigger kids to enjoy. After inheriting a farm at Christmas time, a widowed father makes a bumpy adjustment to village life while his kids hatch a plan to stay there for ever.

ANT & DEC’S CHRISTMAS LIMITLESS WIN (ITV): The Geordie duo are feeling fabulously festive as they launch the first Christmas edition of their new gameshow. The special will see celebrity pairs take on the ladder for charity with a an unlimited prize pot up for grabs.

THAT’S MY JAM (BBC One): Mo Gilligan debuts his new music gameshow in what is sure to become an instant hit. The comic hosts two teams of celebrities as they compete in a series of challenges. The Christmas edition is the start of an eight-part series.

THE WEAKEST LINK CHRISTMAS SPECIAL (BBC One): Romesh Ranganathan has gathered up eight celebrities with a somewhat dubious connection to Christmas for this festive special.

MICHAEL McINTYRE’S CHRISTMAS WHEEL (BBC One): Watch three famous faces take on The Wheel to try to win money for good causes. Though this has a lot to live up to as last year’s capers featuring Danny Dyer in the spotlight went down in telly history. 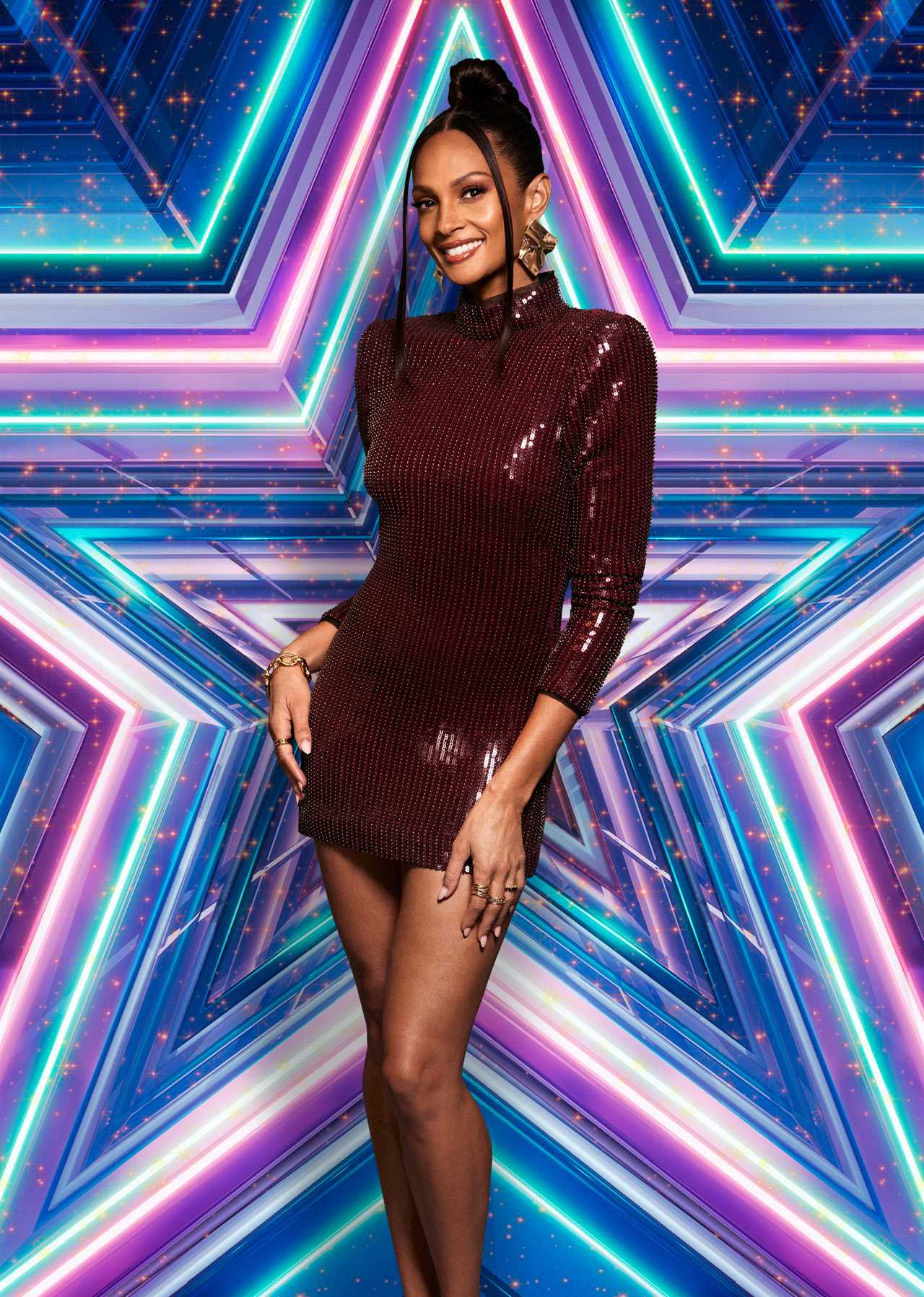 BRITAIN GET SINGING (ITV): Stars from across ITV have united for a one-off extravaganza in the ultimate TV talent show – with a who’s who of judges on the panel.

Alesha Dixon represents Britain’s Got Talent, while Will.i.am is on board from The Voice and Adam Lambert and Jason Manford from Starstruck.

Roman Kemp presides over the action as five groups of stars from ITV shows take to the stage to deliver a show-stopping performance.

And they’re genuinely a bunch you’ll want to see sing, including Love Island castmates, The Chase stars, a gaggle of Loose Women and soap stars from Emmerdale and Coronation Street. 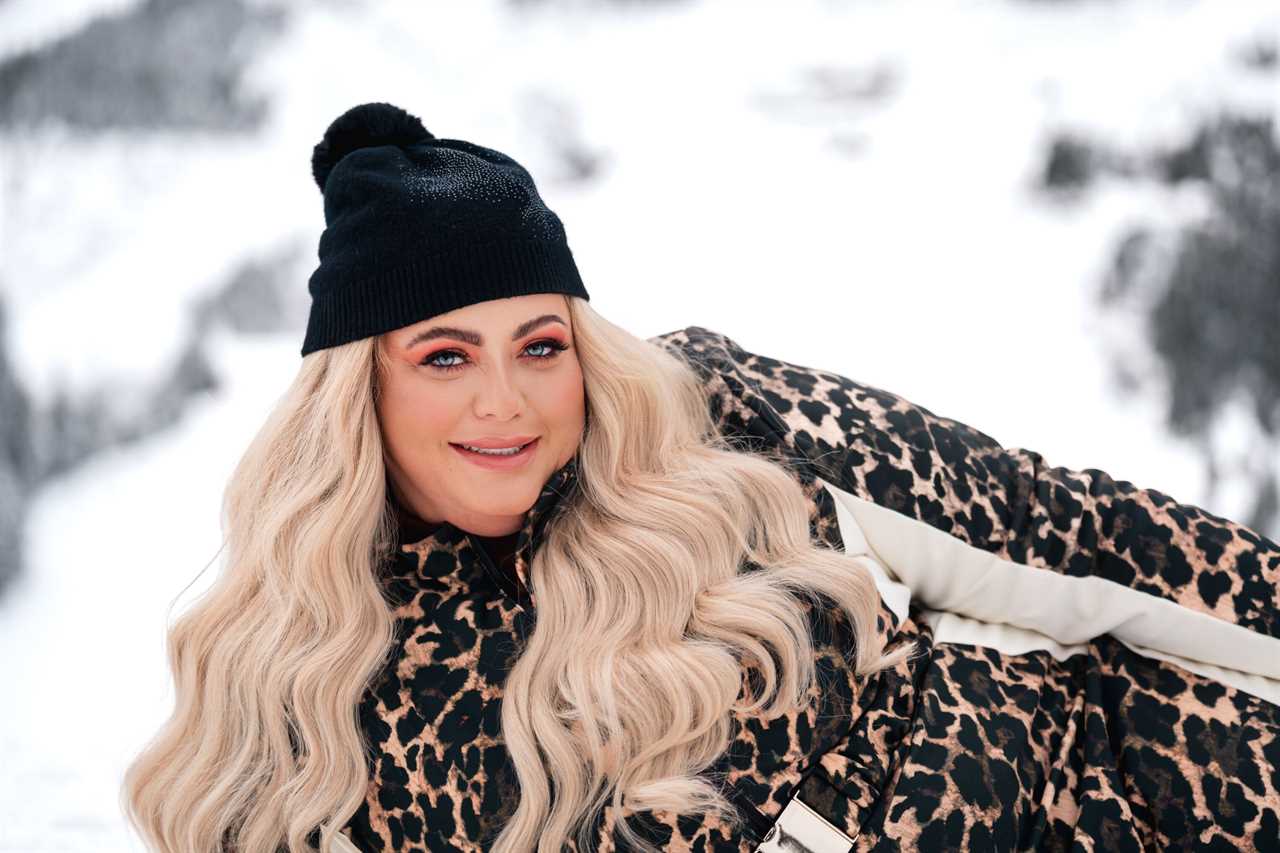 THE GREATEST SNOWMAN (Channel 4): The zany creative challenge on ice is back for a second series as a new line-up of celebrities including Gemma Collins travel to the Alps to build an array of sculptures and snowmen. Sue Perkins is back as host while Laurence Llewelyn-Bowen is in charge of design.

BRITAIN’S GOT TALENT: THE ULTIMATE MAGICIAN (ITV): In the first of Simon Cowell’s BGT spin-offs, Stephen Mulhern leads the hunt for the franchise’s finest conjuror. Acts from across the globe will compete to be named Got Talent’s ultimate champ and win a £50,000 cash prize.

CLIFF AT CHRISTMAS (BBC Two): King of Christmas Sir Cliff Richard is back on the Beeb for a one-hour special as he performs some of his classics and new songs for an audience at an East London church. Cliff will also be seen chatting to Sara Cox at the iconic Abbey Road Studios in London about his incredible 64-year career in what will become one of the television moments of the year.

ON CHRISTMAS NIGHT (BBC One): Winding down Christmas Day to a gentle close, Oti Mabuse reads the story of the first Christmas from the Gospel accord- ing to St Luke, accompanied by Bristol’s Exultate Singers.

THE GREAT FESTIVE BAKE OFF (Channel 4): Watch a new troupe of celebs descend on the tent to compete in challenges and bodge their bakes.

FIVE STAR CHRISTMAS: INSIDE THE CORINTHIA (Channel 4): For a slice of how the other half live, tune in to see how A-listers like Tom Cruise and Will.i.am get jolly at one of London’s most luxurious hotels. Expect more than a few glasses of bubbly.

LIGHTING UP CHRISTMAS (Channel 4): From the incredible Roald Dahl-themed lights in Longleat and spangled streets of Blackpool to the magical winter trails at Kew Gardens, follow the top teams behind some of Britain’s most magnificent displays. 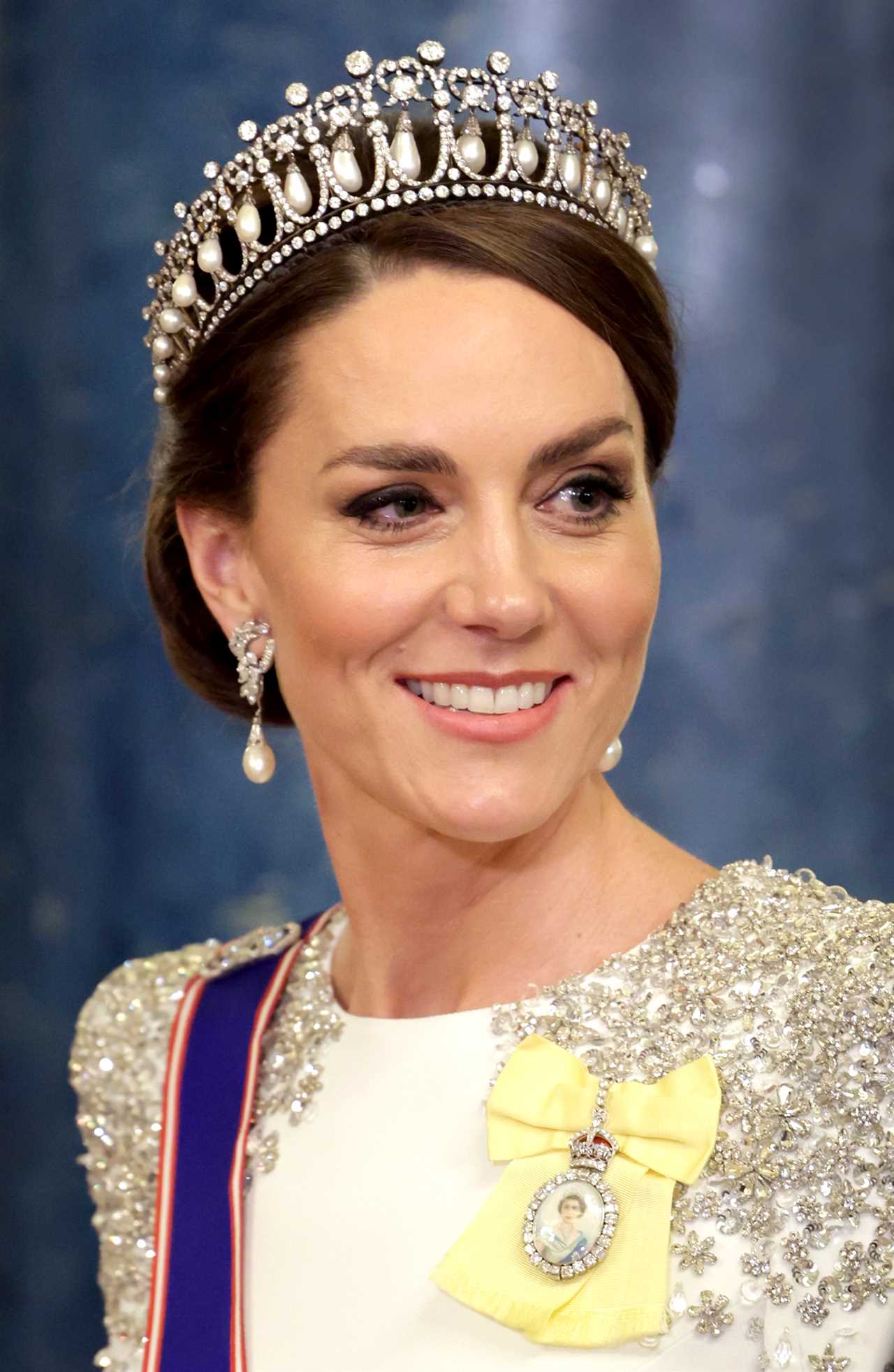 ROYAL CAROLS: TOGETHER AT CHRISTMAS (ITV): Join the Princess of Wales at Westminster Abbey for a glorious carol concert on Christmas Eve to celebrate some special communities and pay tribute to the late Queen Elizabeth II. 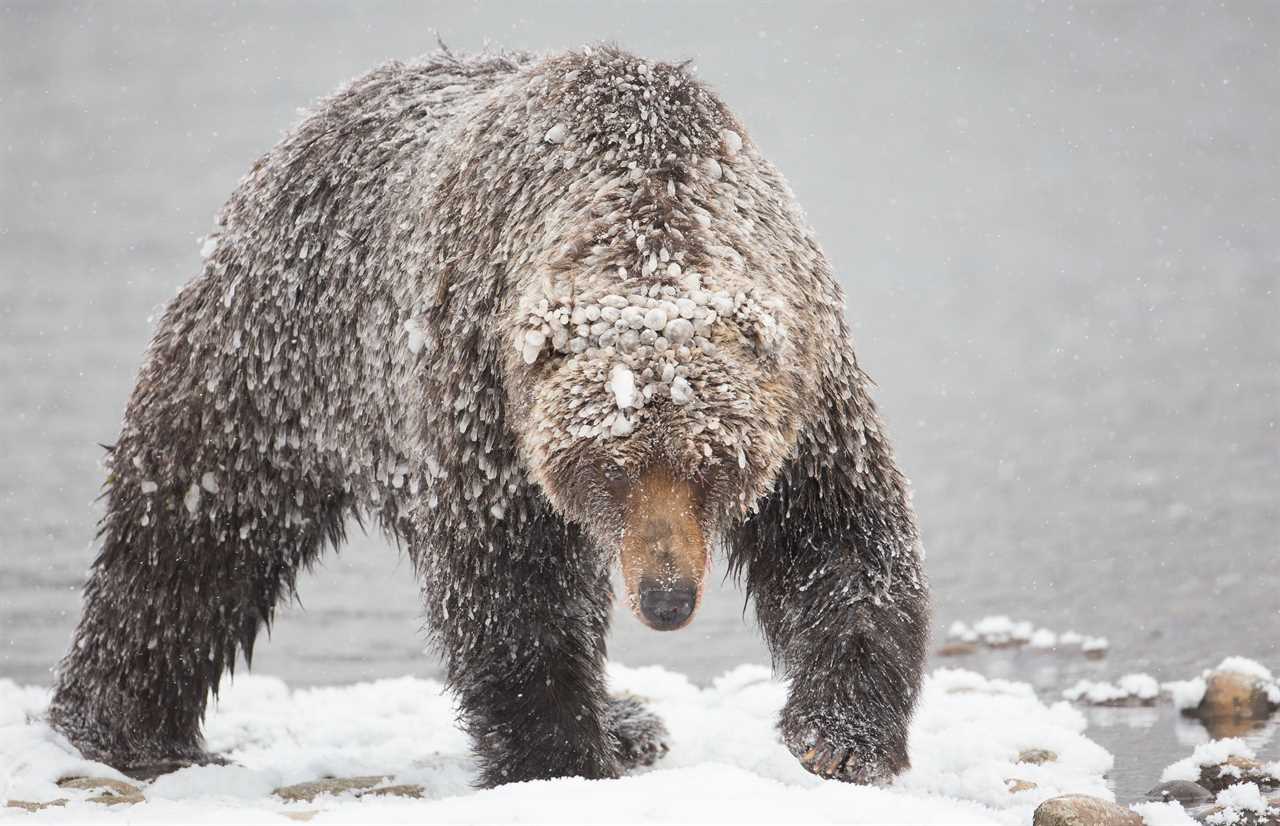 WHEN TINA TURNER CAME TO BRITAIN (BBC Two): A fascinating docu on the soul legend’s long relationship with the UK.

DETECTORISTS (BBC Two): Mackenzie Crook returns with a feature length one-off of his award-winning comedy about a metal- detecting enthusiast. The Danebury Metal Detecting Club is in financial trouble and only unearthing a mysterious relic can save it.

BAD EDUCATION: THE REUNION (BBC Three): Eight years on, Alfie Wickers (Jack Whitehall) is back at Abbey Grove and this time he’ll have company. Expect the usual chaos as Alfie and newly qualified teachers Stephen (Layton Williams) and Mitchell (Charlie Wernham) reunite for a careers day. 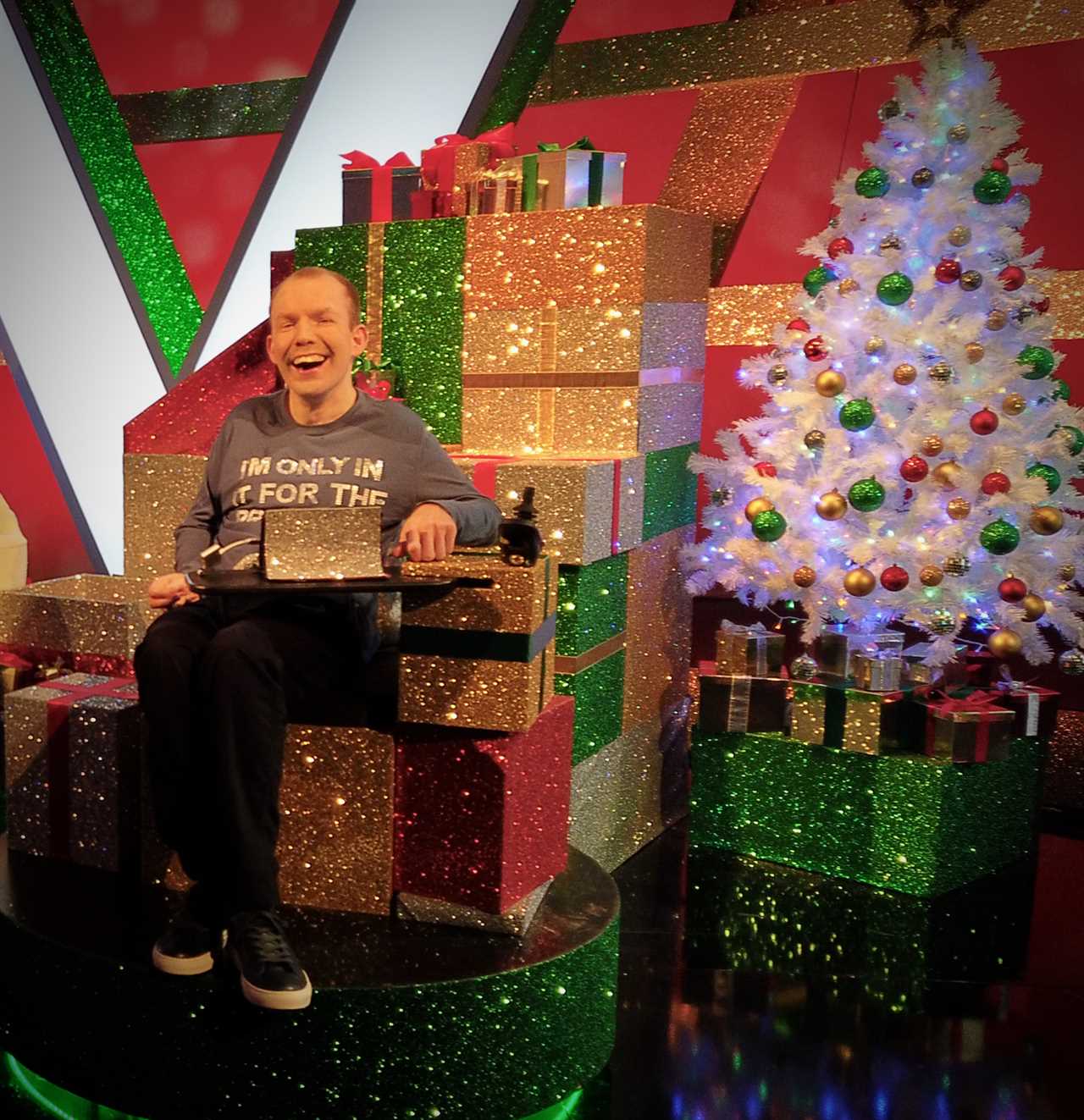 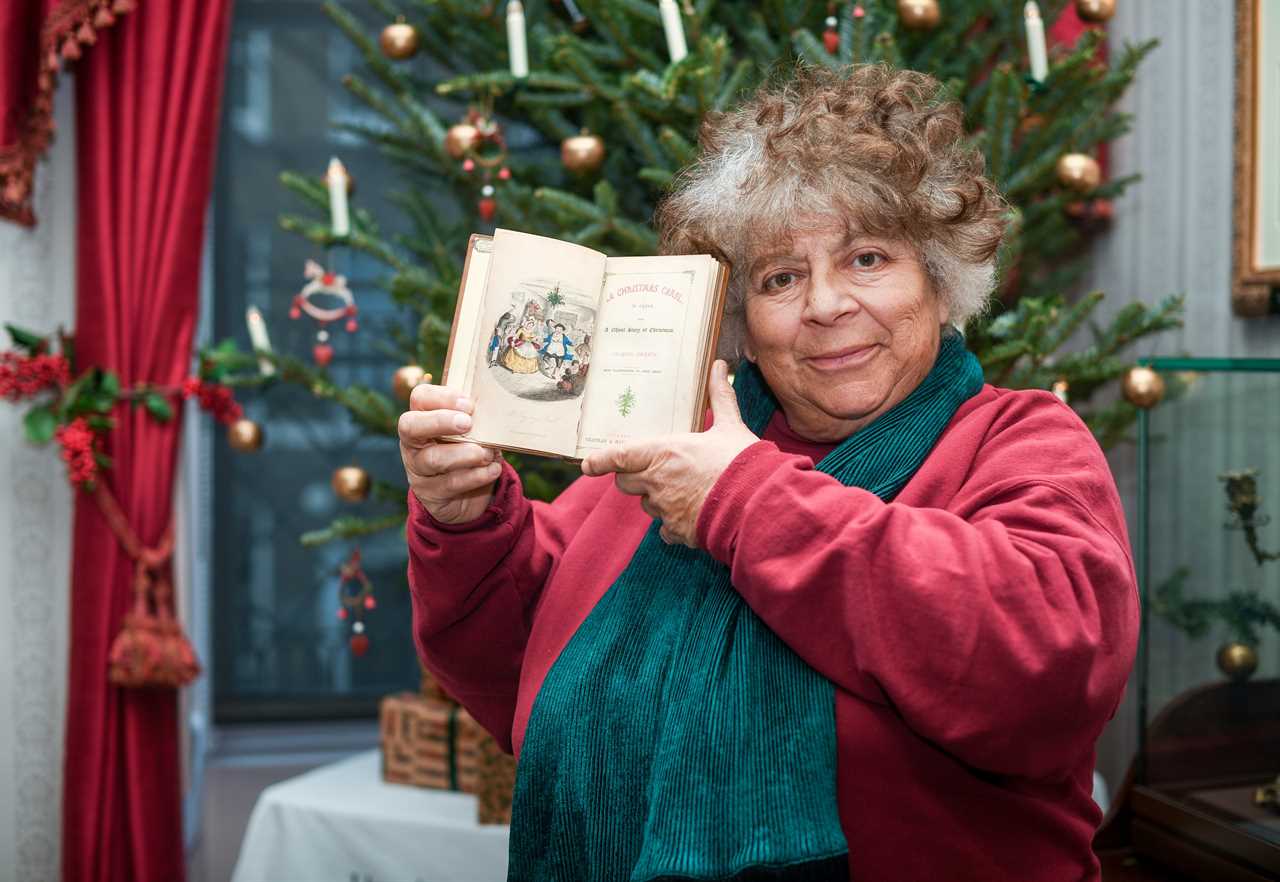 Miriam Margolyes will be ready to warm the cockles 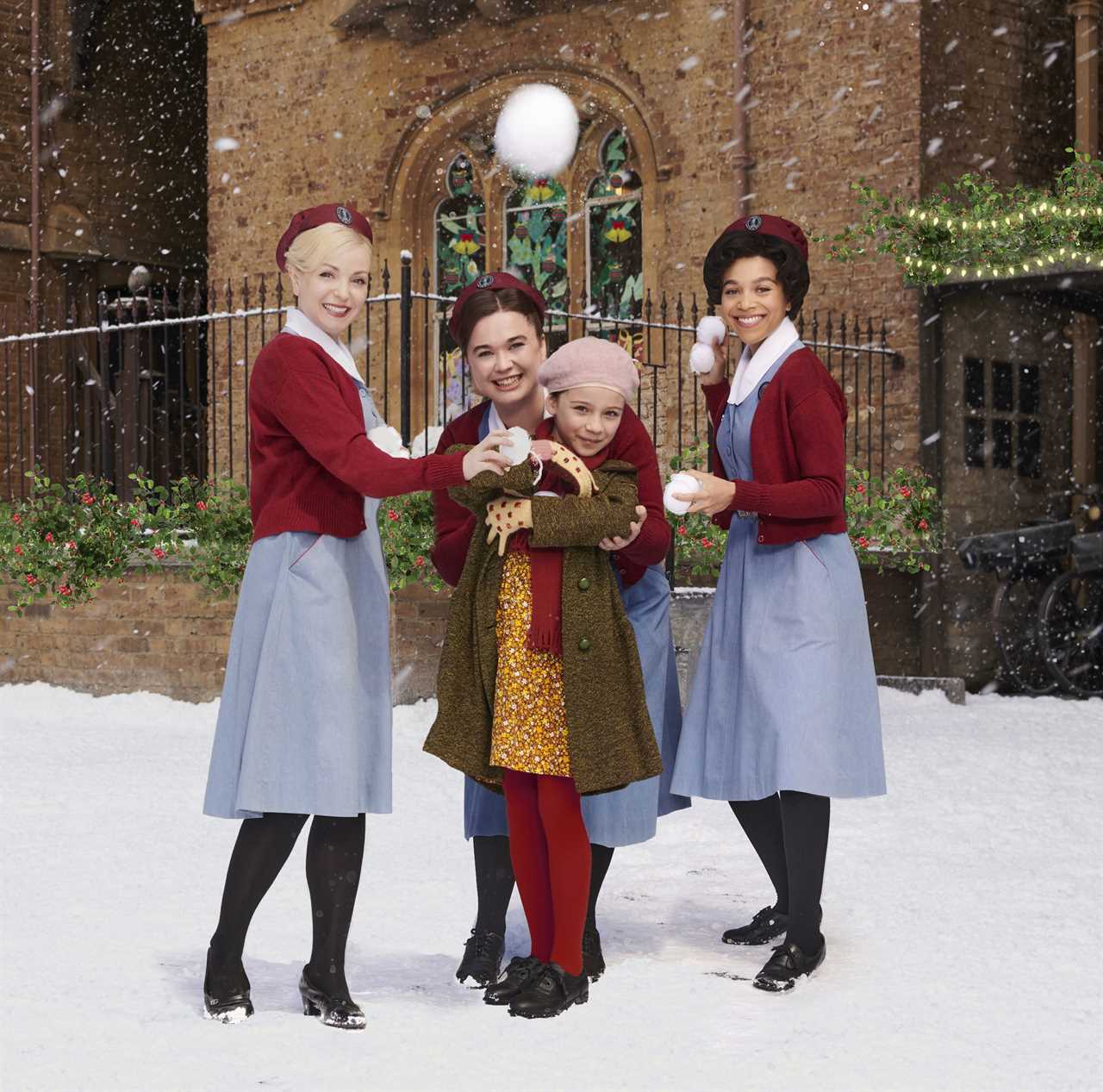 CALL THE MIDWIFE CHRISTMAS SPECIAL (BBC One): The big day wouldn’t be complete without a visit to the midwives of Poplar. Fred Buckle lays on a village talent show to raise spirits after the rail crash – with hilarious results. Then there’s wonderful news for Trixie. 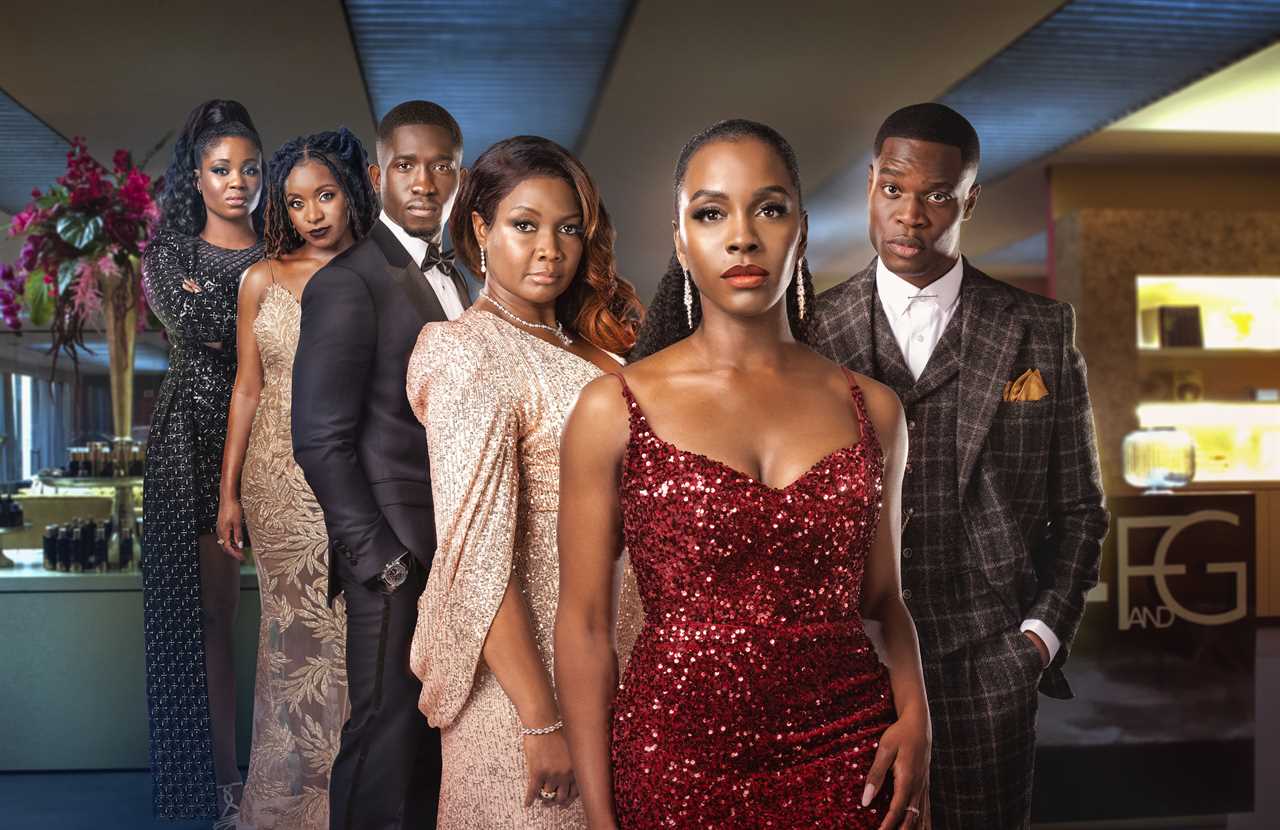 RICHES (ITVX): This glossy, high-stakes family drama will rival the likes of Succession and Empire. It follows Stephen Richards, a successful and smart businessman behind a multimillion pound cosmetics empire, a chaotic private life with a glamorous younger wife and three bank-busting adult children. 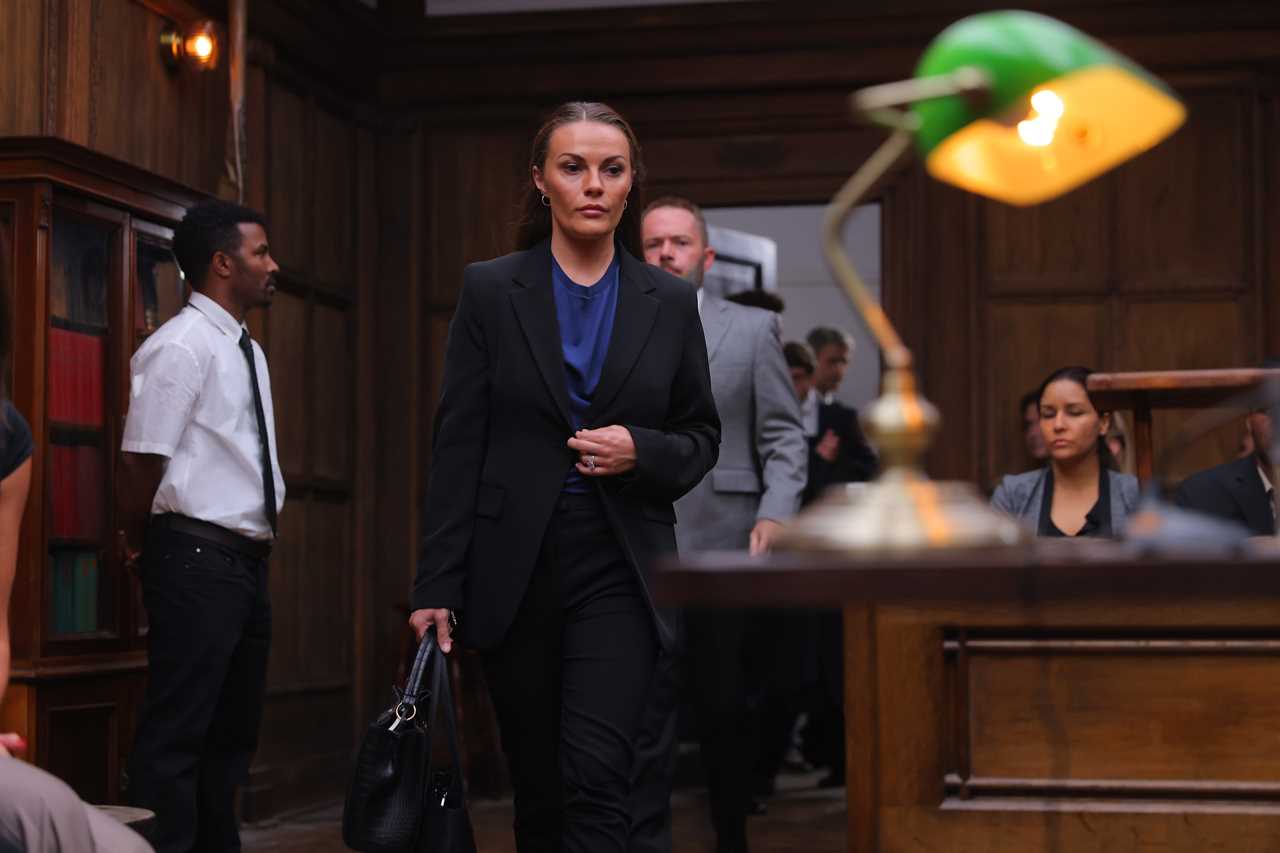 VARDY V ROONEY (Channel 4): Michael Sheen brings to life the Wagatha Christie trial, one of the most extraordinary libel cases to ever be brought before the High Court.

ALL CREATURES GREAT AND SMALL (Channel 5): It’s Christmas in Darrowby and everyone is trying to make the most of things while the world is at war. So Mrs Hall (Anna Madeley) finds herself arranging a Skeldale Christmas party.