AMERICAN Pickers star Frank Fritz is living in a modest $155,000 Iowa farmhouse after he mysteriously disappeared from the reality show.The Celeb..

AMERICAN Pickers star Frank Fritz is living in a modest $155,000 Iowa farmhouse after he mysteriously disappeared from the reality show. 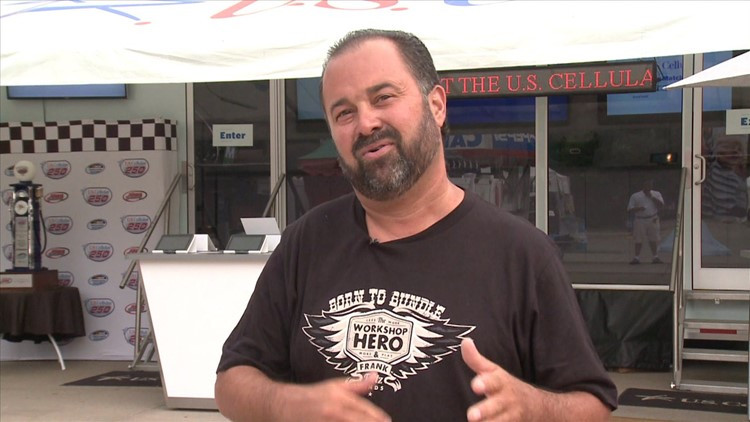 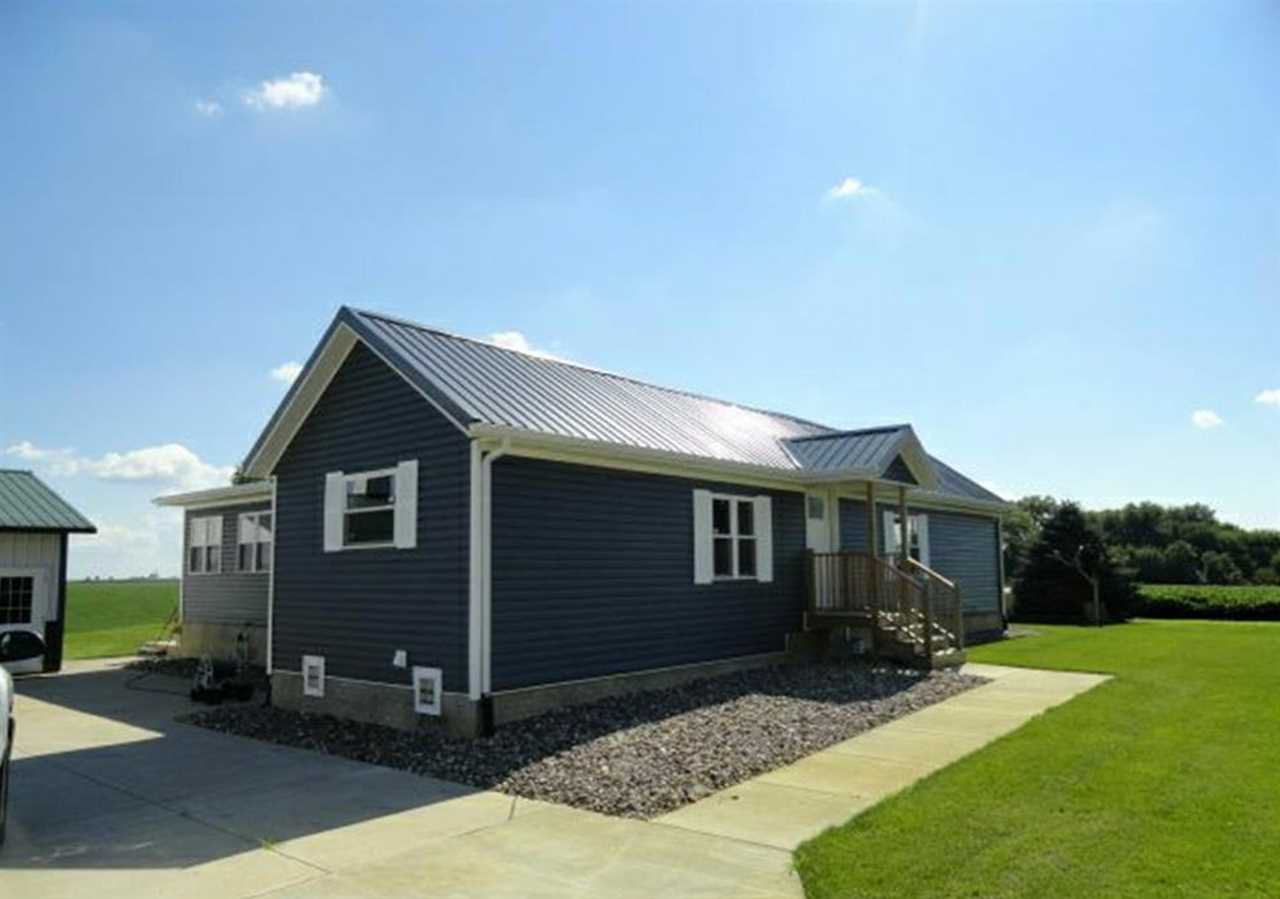 The 1,660 square-foot farmhouse sits on .79 acres of land and features two bedrooms and one bathroom.

Frank renovated the farmhouse from when he bought it, as he painted it blue with white shutters, according to photos obtained from the Scott County Assessor’s Office. 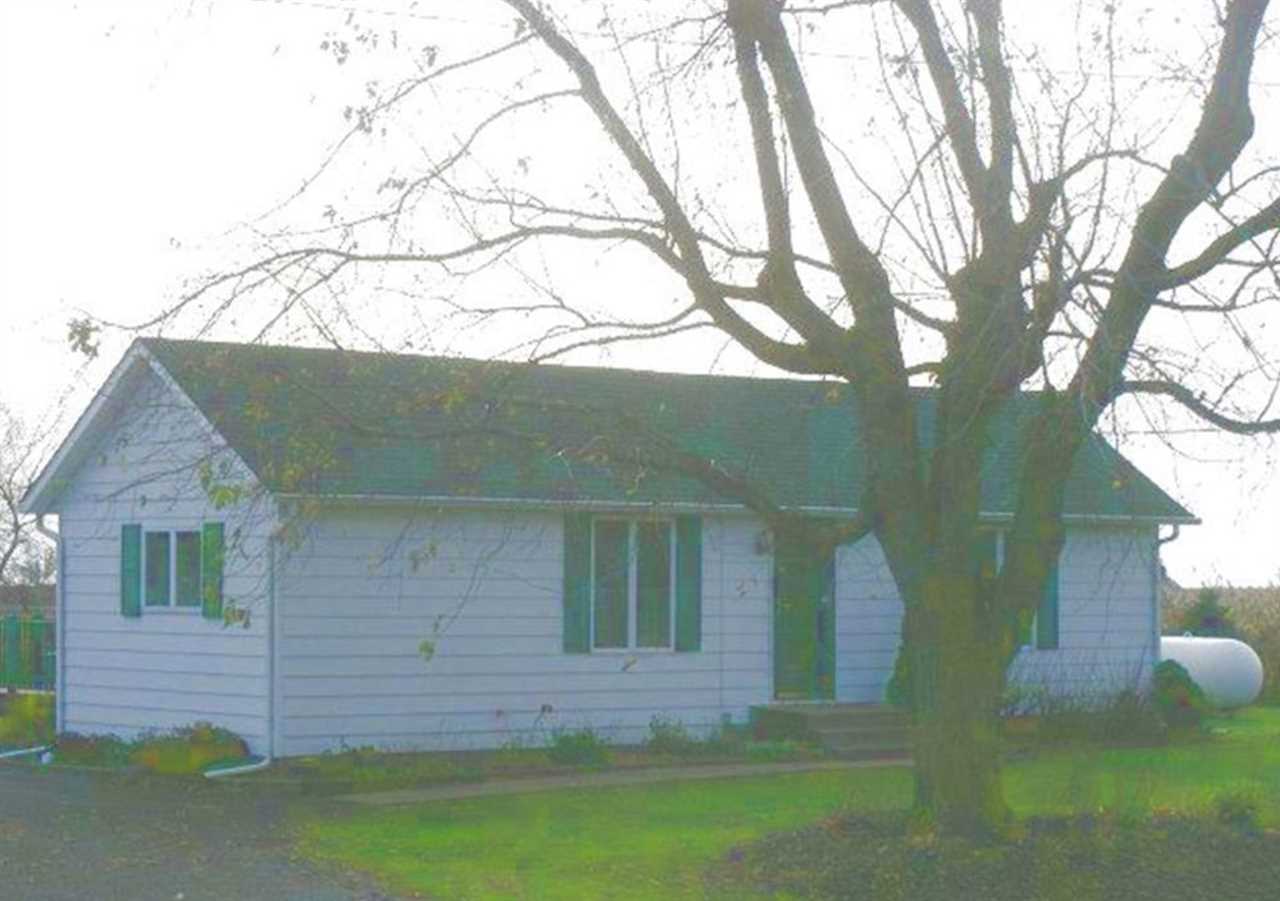 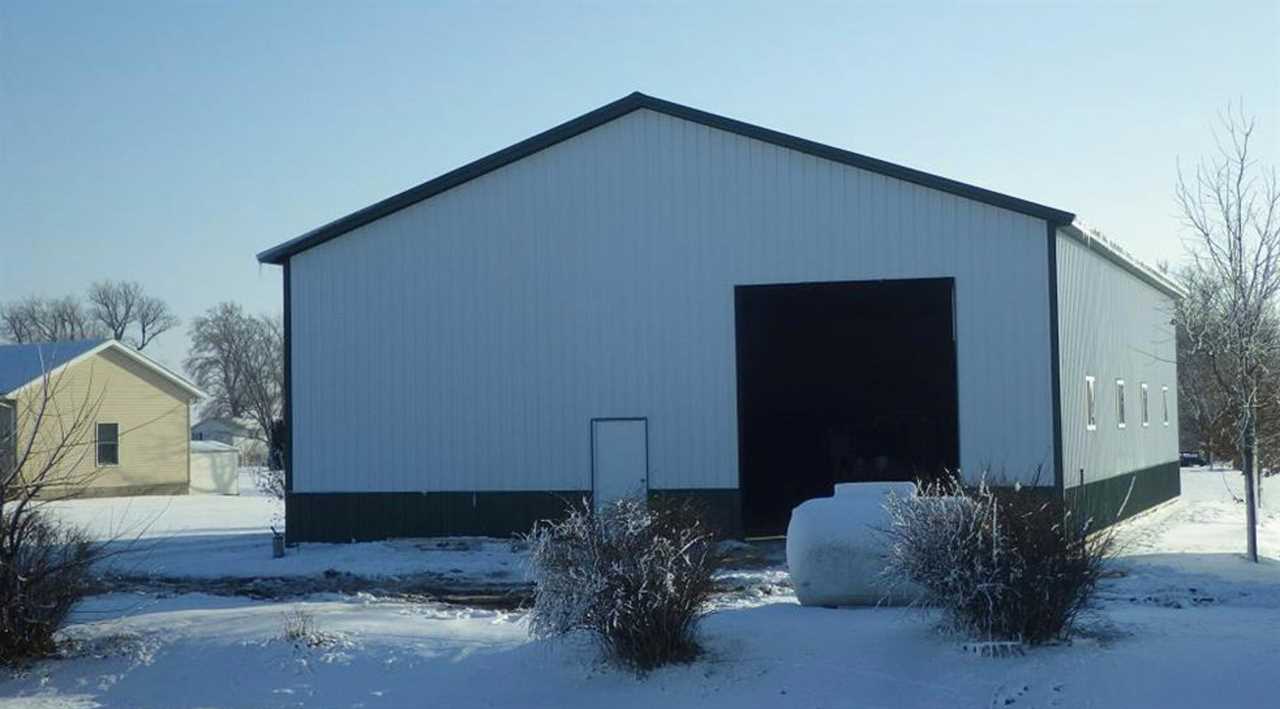 Frank purchased the adjoining property for $25,000 and built a warehouse [pictured]

The property is .34 acres of land.

The Celeb Report previously reported Frank sold the gorgeous Iowa home for $358,000 that he once shared with ex-fiancee Diann Bankson. 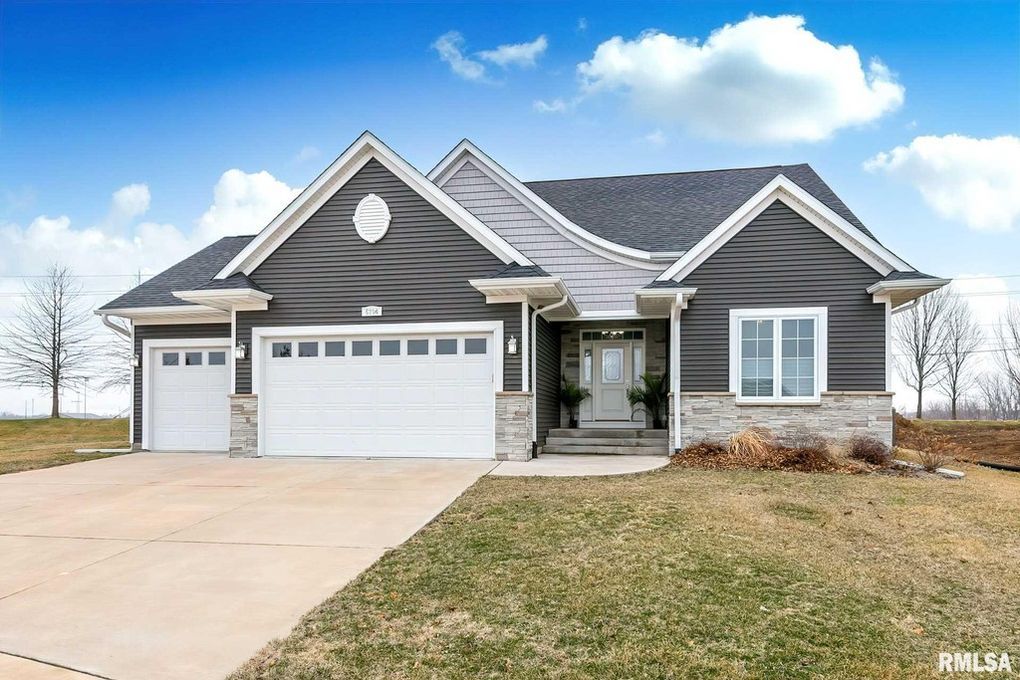 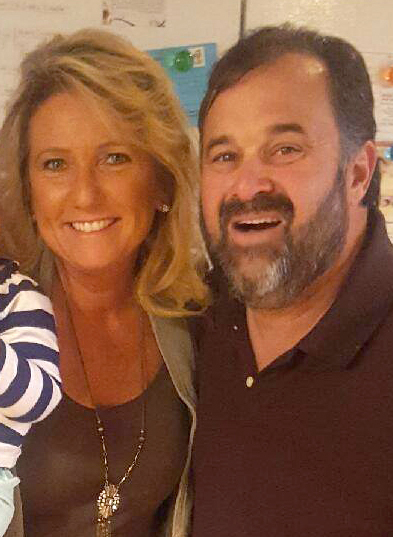 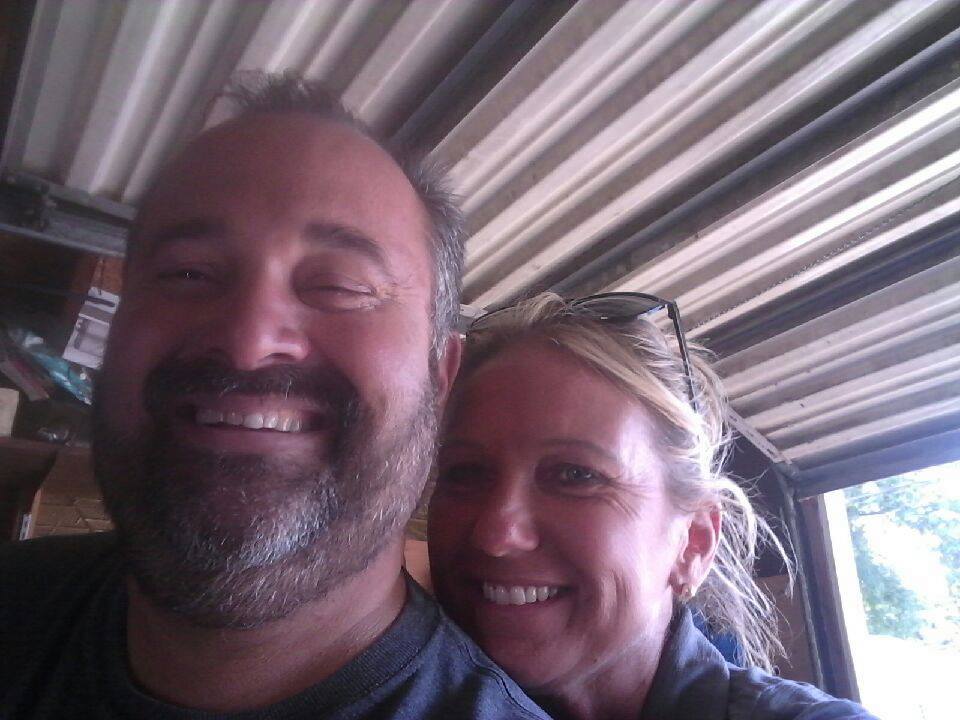 Diann took her name off the deed when the two split 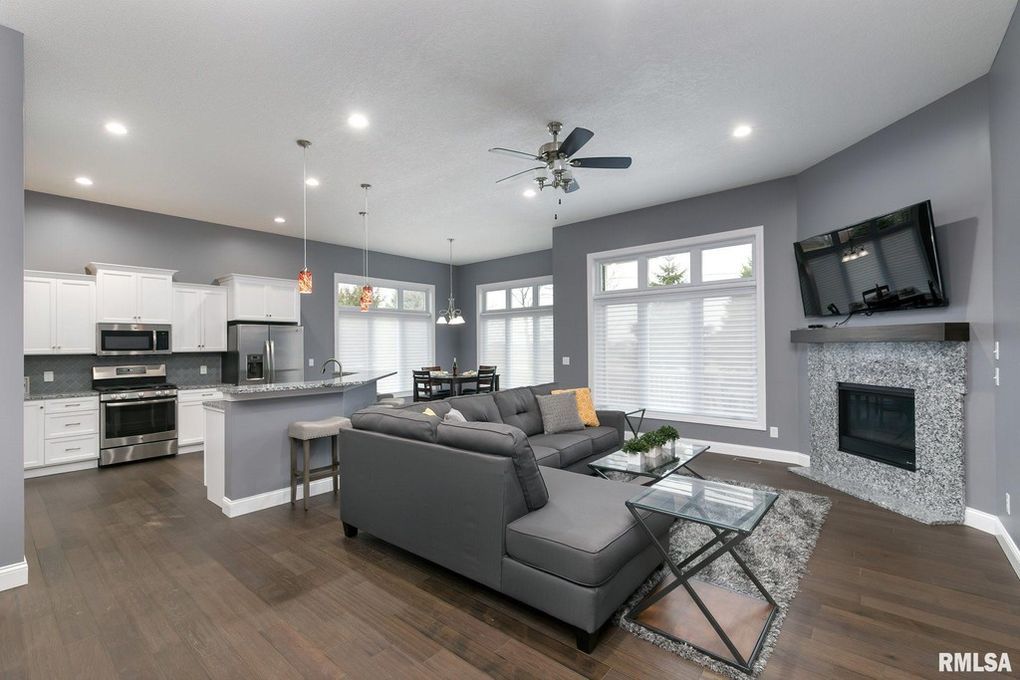 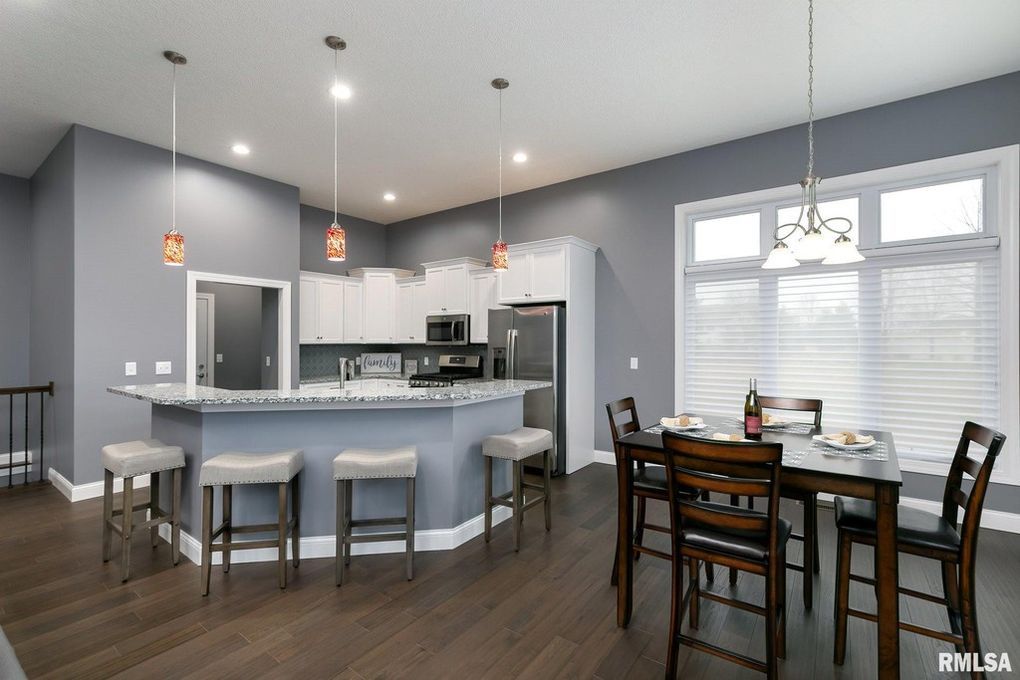 The kitchen has an island and dining area 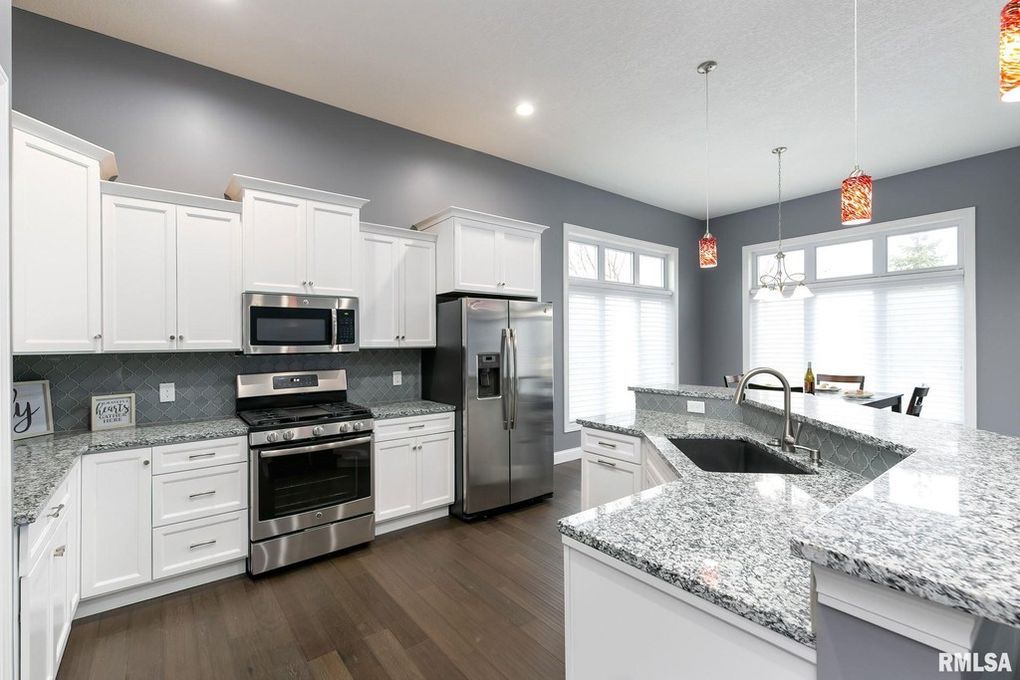 The kitchen has granite countertops and stainless steel appliances

The home has an open floor plan with hardwood floors and carpeting in the bedrooms.

The kitchen features black and white granite countertops, and white cabinets with a gray tile backsplash.

The kitchen also has stainless steel appliances and a kitchen island with seating, as well as a dining area. 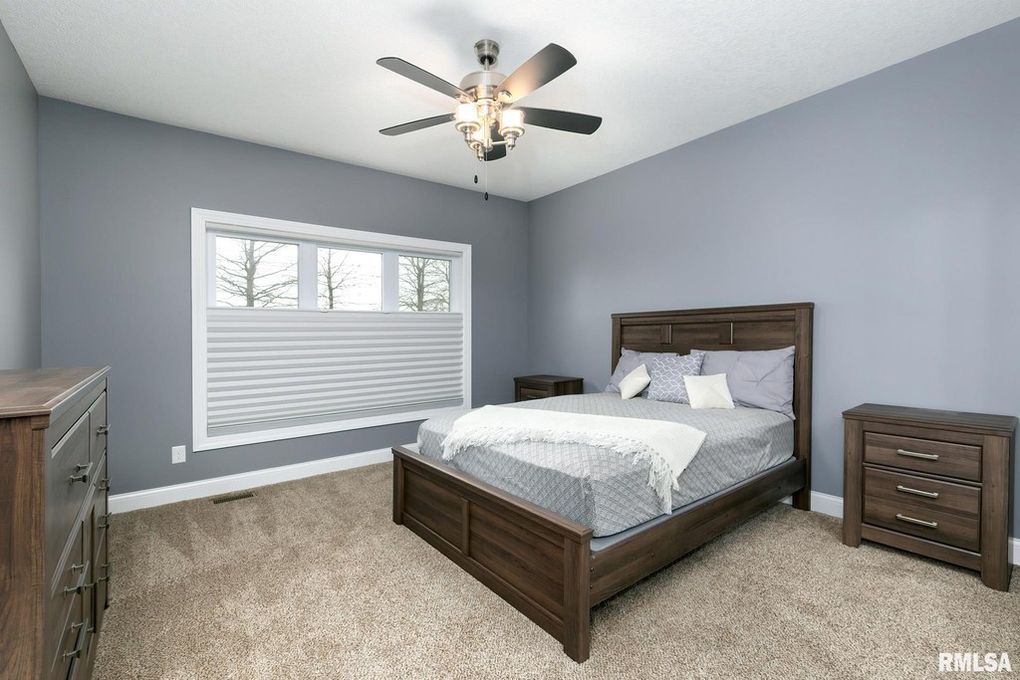 The bedrooms have carpeting 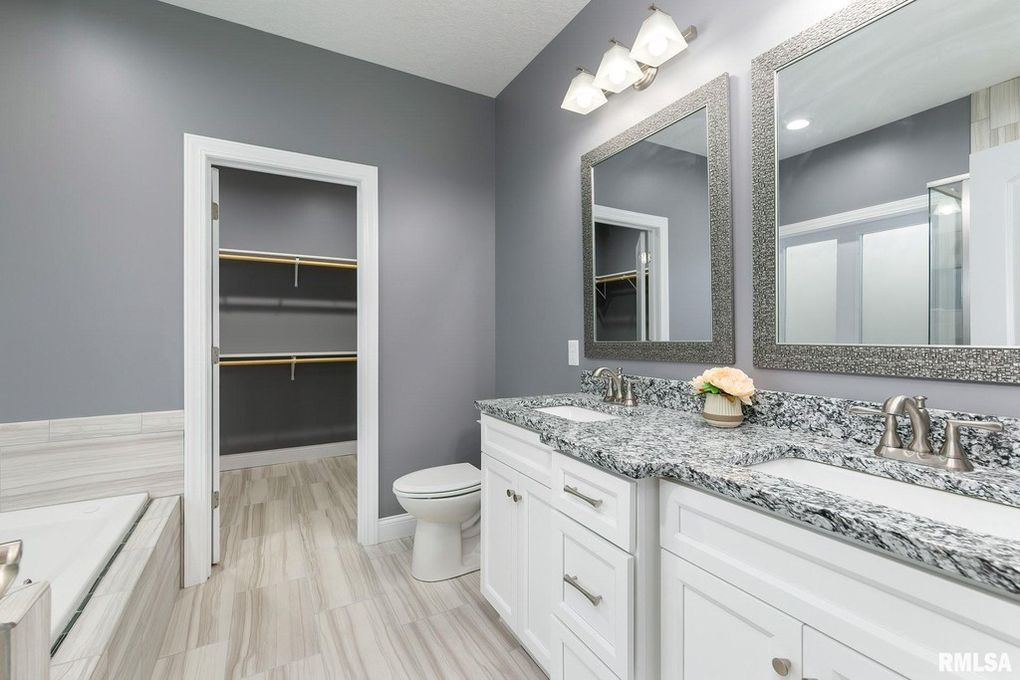 The master suite has a walk-in closet and bathroom 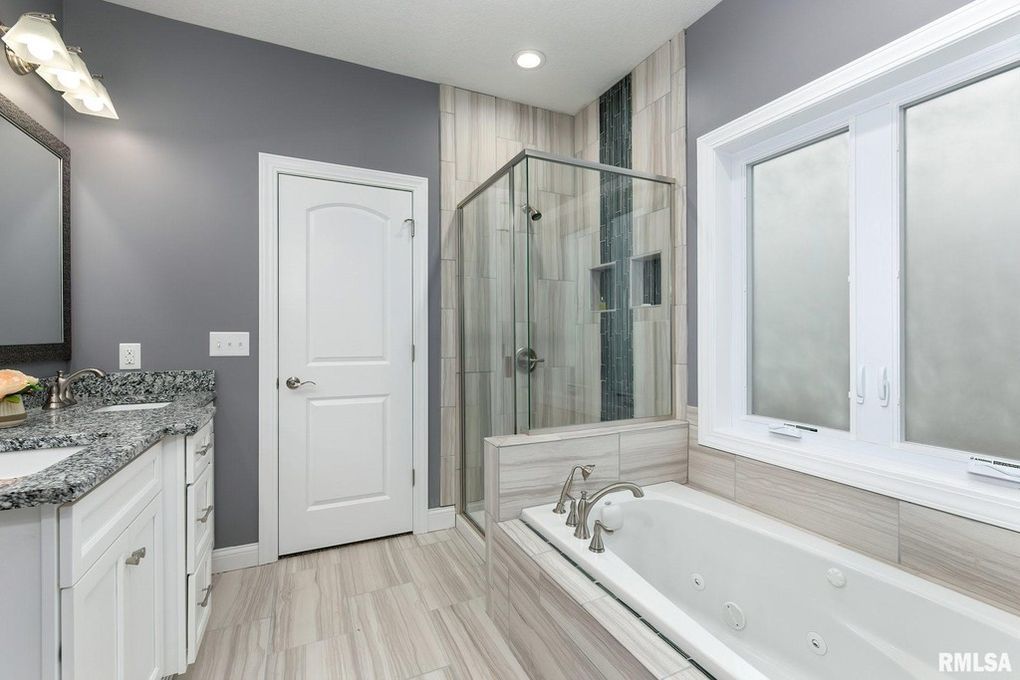 The bathroom has duel sinks and a jetted tub

According to Realtor, the house has “lots” of natural lighting with high-end Pella windows.

Other amenities include a three-car garage and fireplace. 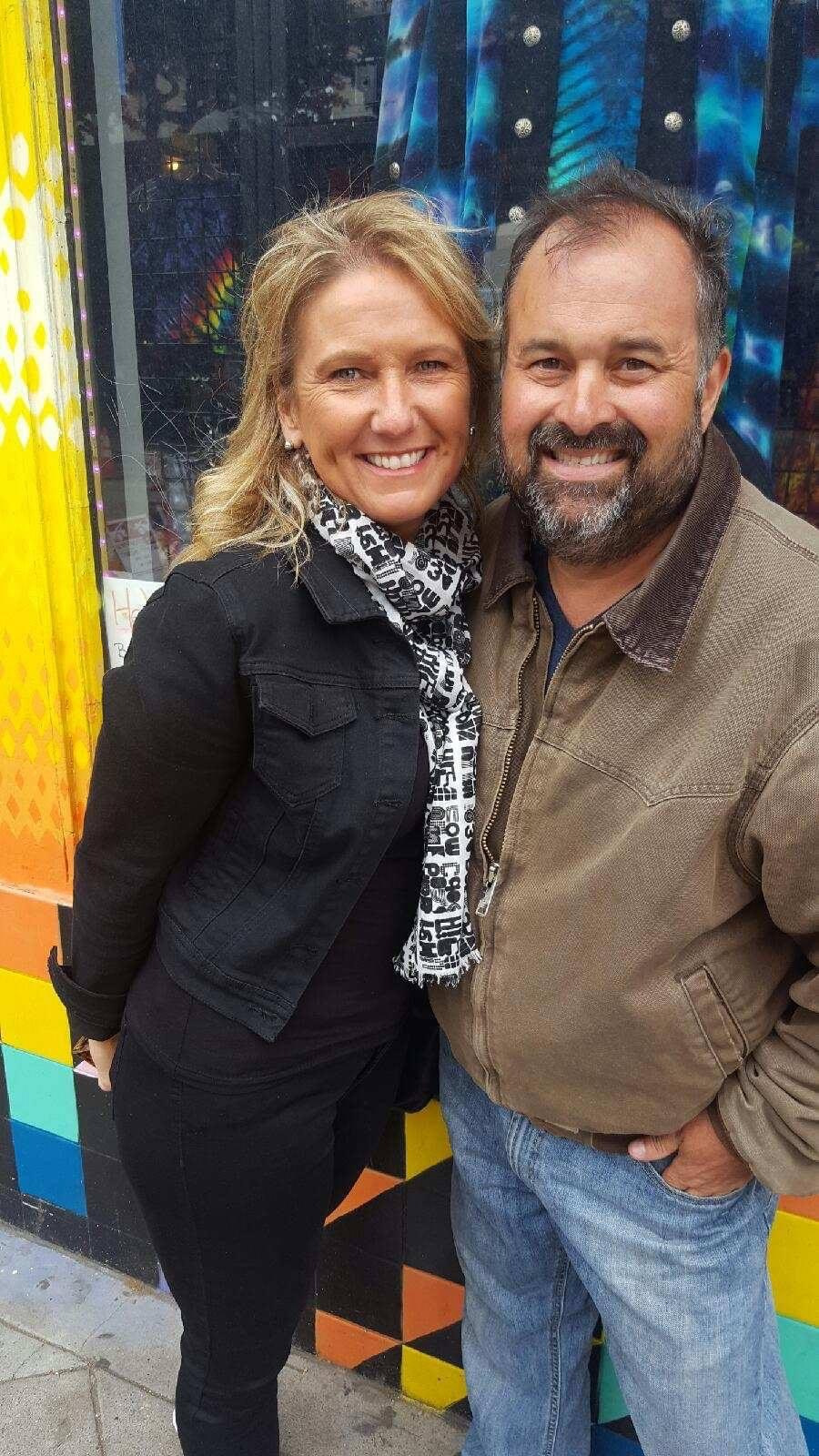 The home was ‘gently lived in a very short time’

According to Realtor, the home was “purchased new in 2018” and was “gently lived in a very short time so in new condition.”

As The Celeb Report previously reported, Frank and Diann had a nasty split.

In court papers obtained by The Celeb Report, Diann sued Frank for negligence on January 27, 2020. She dismissed the case in March 2020.

Diann revealed she and Frank were engaged in 2017 and were living together in the Iowa farmhouse. 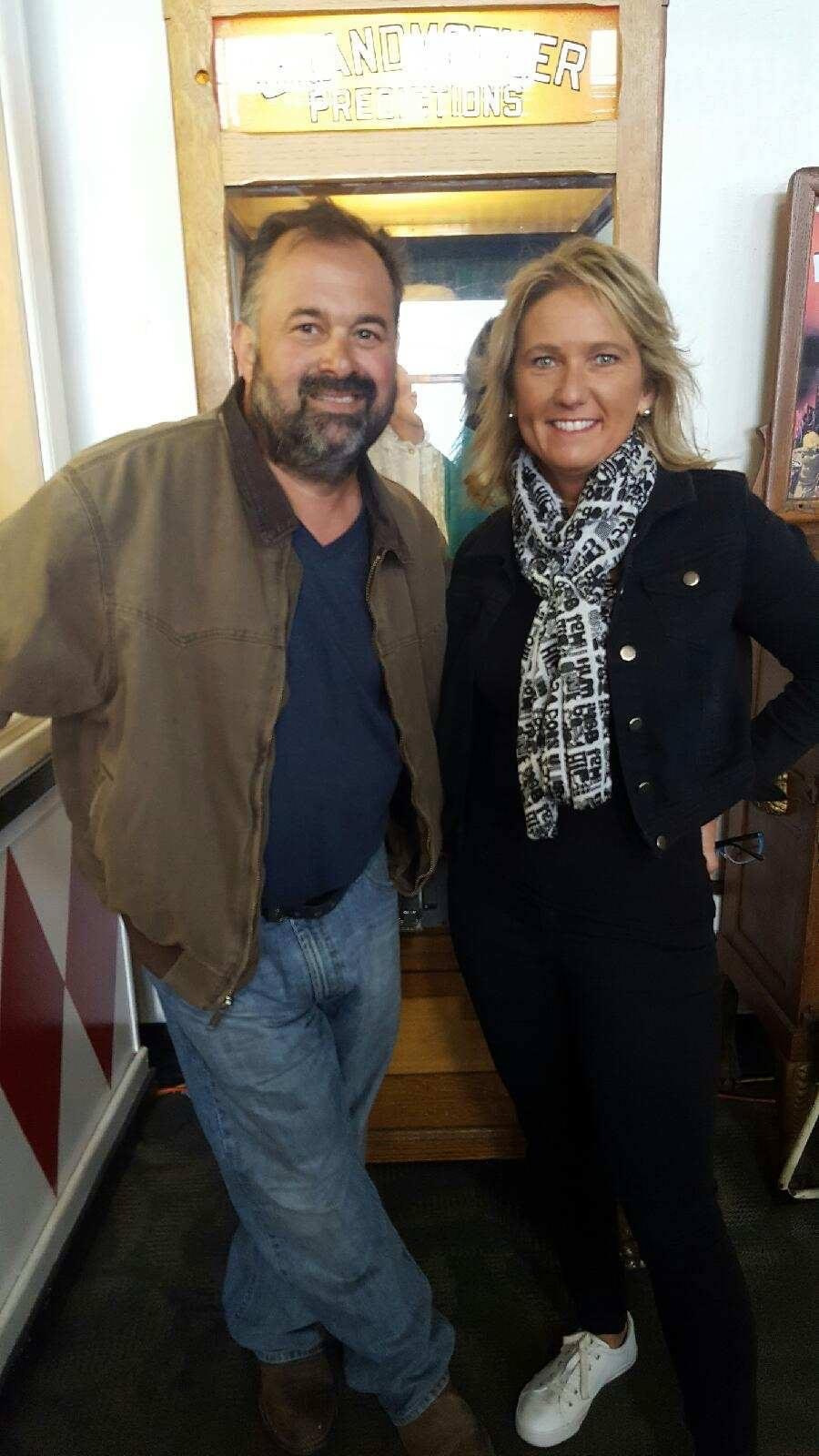 In November 2018, she “walked in and caught him in bed with another woman,” according to the lawsuit.

After the two reconciled, she claimed an incident took place at the farmhouse when Frank and a friend set off fireworks.

Diann claimed the men “had been drinking” at the time, as she went into the home while they lit the fireworks.

She continued in the court papers that the men were unable to light a firework. 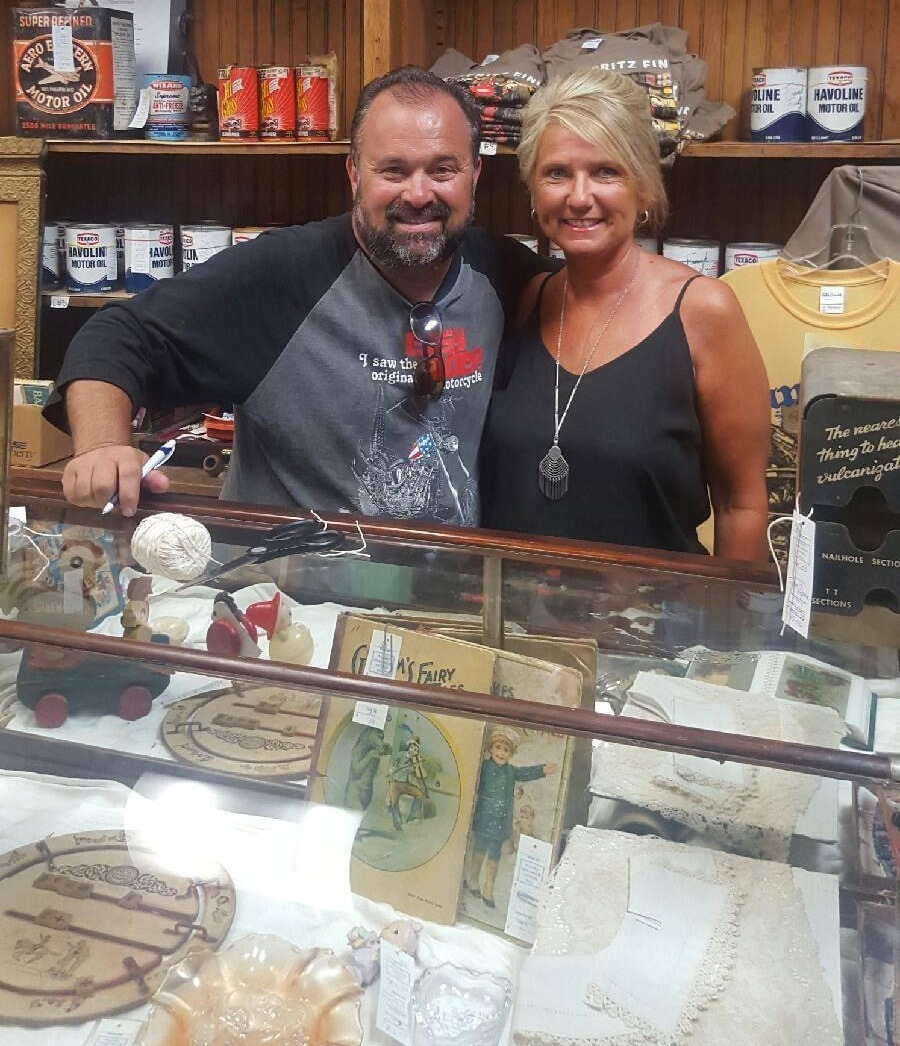 She accused him of cheating on her

Diann alleged: “Both defendants then put it in a closed cylinder vintage ashtray and tried to light it there. The firework did not light again and the Defendant just left it in the covered intake ashtray instead of properly disposing the firework.”

She then claimed she wasn’t warned about the ashtray, as she used it while smoking a cigarette.

The lawsuit continued to claim: “The ashtray blew up severely burning her hand and arm with third degree burns and burnt off eyelashes and eyebrows.”

She claimed Frank “refused” to “take her to the hospital” and instead told her to “toughen up.” 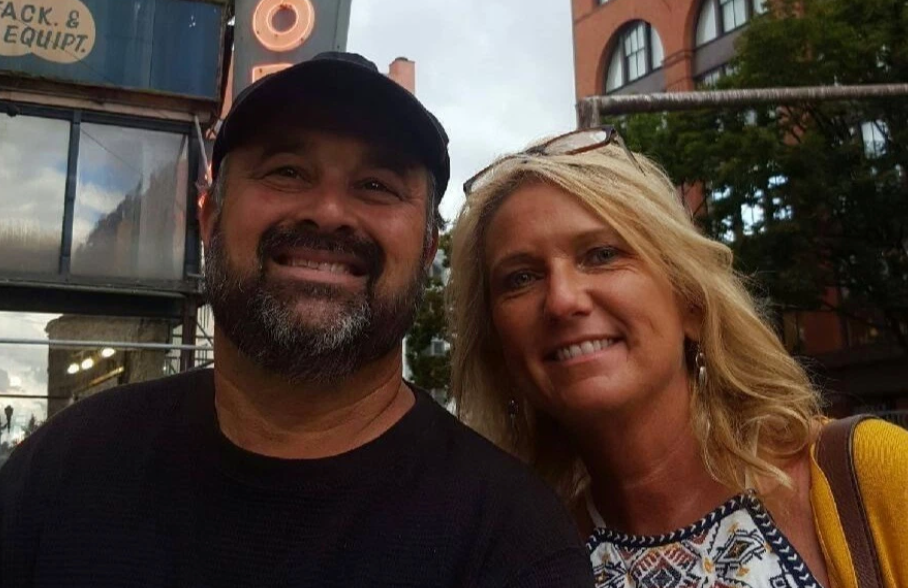 She went to the hospital in the following days and was “treated for third degree burns.”

When the couple split again, she claimed he had the locks changed on a separate Iowa home they shared, as one sold in January 2021.

Diann demanded $50,000, claiming Frank was “negligent in the operation of fireworks.”

She claimed she has experienced pain and suffering, emotional distress and mental anguish, past and future loss of function of body and scarring, loss of earning capacity, loss of normal life and medical expenses. 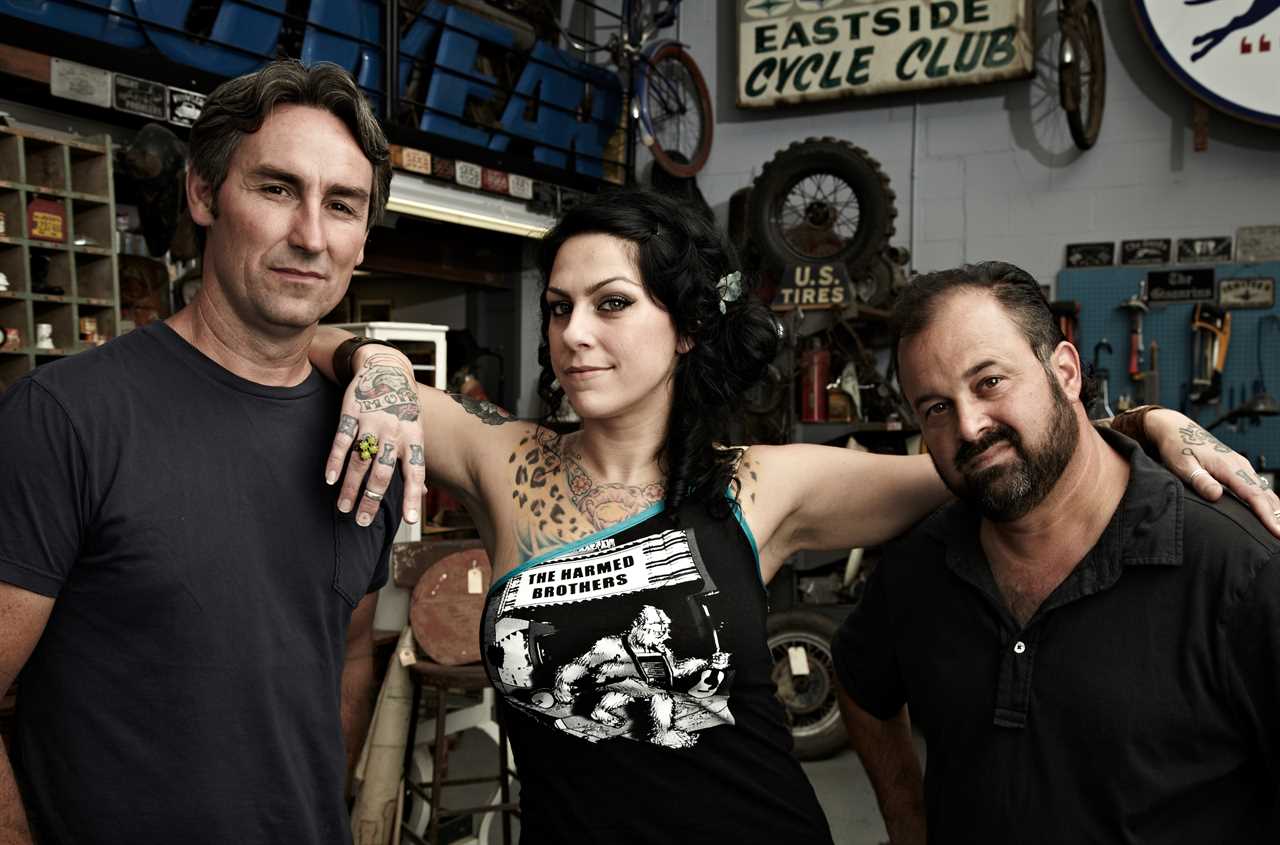 Frank hasn’t been on American Pickers for a few seasons

Frank and a rep for American Pickers did not respond to The Celeb Report’s request for comment at the time.

The American Pickers star has posted many photos with Diann on Facebook over the years, though he hasn’t posted with her since September 2017.

Frank did not appear on last season, which premiered in January 2021, and was missing from this week’s season premiere.

Frank’s partner in the series, Mike Wolfe, revealed that Frank was getting back surgery. 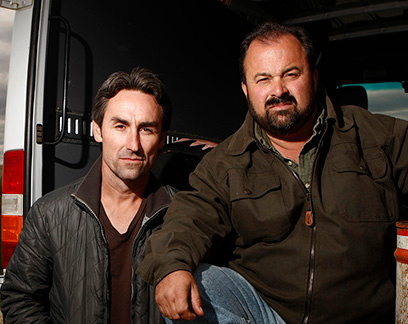 He previously wrote on Facebook: “A lot of you have been wondering about my health and my weight loss.

“I have an illness called Crohn’s [disease], which at times is difficult to deal with. I started losing weight and ran with it!”

He added: ”I have been exercising and eating good… Thanks for all of your kind words of concern! I couldn’t do what I do without all of you!”

Fans turned to Twitter to ask about Frank’s whereabouts after last night’s episode, with one tweeting: “Where is Frank?”

Another commented: “And no Frank still??” 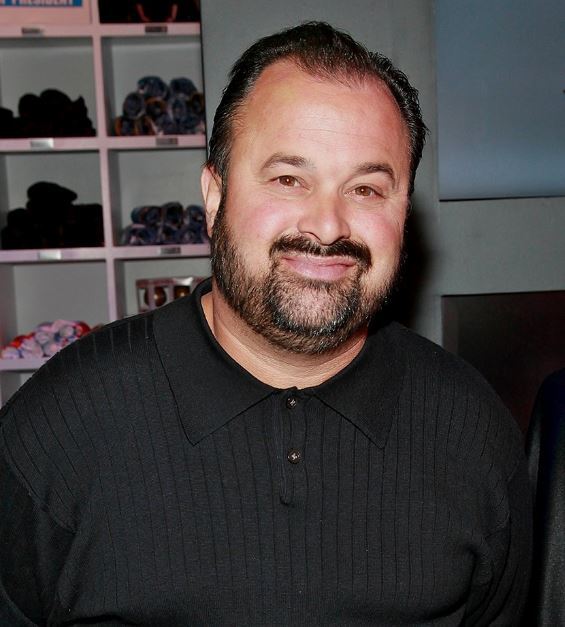 Viewers said the show is ‘not the same’ without Frank
americanpickerstwobedroomsfrankfritz