The reality TV star rose to fame on the ITV2 dating show in 2016, where she made show history by coupling up with co-star Sophie Gradon. 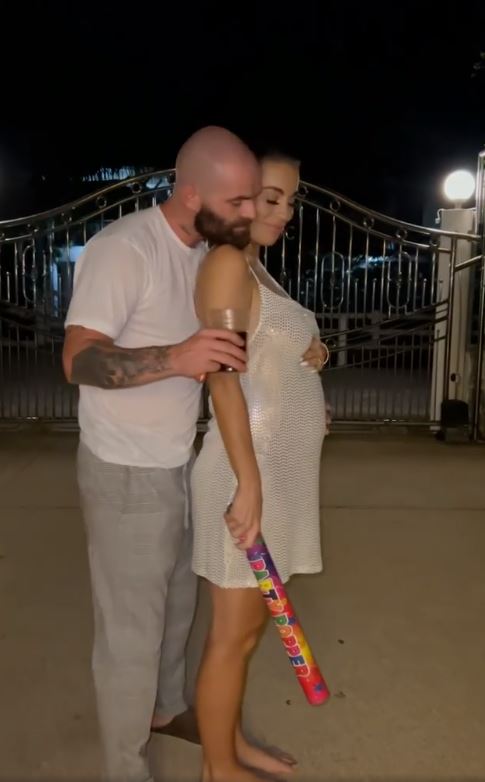 Katie and Harry could be seen celebrating in the sweet video 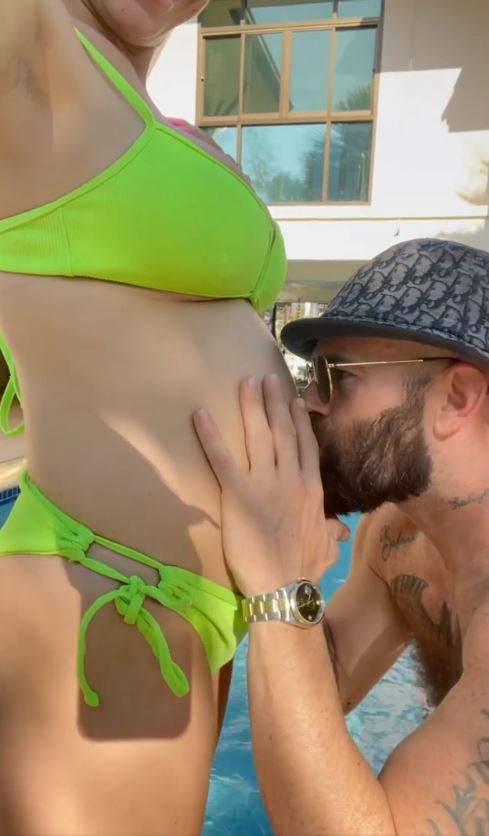 The Love Island star revealed she was six months pregnant

Katie, 26, took to Instagram with a sweet video detailing her pregnancy “iso far, just weeks after she revealed she and her beau were engaged at Christmas.

Footage sees the star visiting the doctor for her initial scan, where the camera can be seen zooming in and out showing the baby’s heart beat.

The clips, threaded together with Ed Sheeran’s song Small Bump playing over the top, also sees Katie’s mum reacting to the happy news.

The emotional video comes to end with the couple celebrating New Year’s Eve in Thailand, where Harry popped the question on the beach.

“I’ve kept this between close friends and family for a while but my beautiful baby bump is getting hard to hide now.

“We love you so much already baby and cannot wait to meet you. I couldn’t do this journey with anyone else other than my best friend.”

Katie concluded the post by signing off: “2022, my favourite year of all. This year, I marry my love and we become a family.”

Fans and friends immediately flooded the comments section to congratulate the couple and gush over their baby news in a series of messages.

It comes days after Katie announced she was engaged with a series of sweet snaps on Christmas Day with beau Harry.

GOING TO THE CHAPEL

A friend captured the moment her beloved, Harry, got down on one knee on a beach in Thailand and in another snap Katie, 26, flashed her huge diamond ring.

She wrote: “HE ASKED ME TO BE HIS WIFE. My best friend, my twin flame, The love of my life asked me to marry him and made me the happiest girl alive!

“My baby, we’ve been through so much together and built so much, I cannot wait to share this next chapter with you and take your hand in marriage forever.

“I love you so much I have no other words to say! The best Christmas. YES, YES YES”

A string of Love Island stars rushed to congratulate the couple, including Gabby Allen, who wrote: “CONGRATS GUYS !!!!”

Katie is best known for coupling up with the late Sophie Gradon on Love Island.

Sophie tragically passed away two years after starring in the ITV2 show after taking her own life.

She was originally coupled up with Tom Powell but he quit the series when his ex Emma entered the villa and caused tension between him and Sophie.

Katie then chose to recouple with Sophie, but the producers wouldn’t allow them to be “official” even though they went on a date and kissed.

However, Sophie then dumped Katie and quit Love Island to be with Tom again on the outside.

They split and she moved on with Aaron Armstrong – who also tragically took his life just weeks after her untimely death. 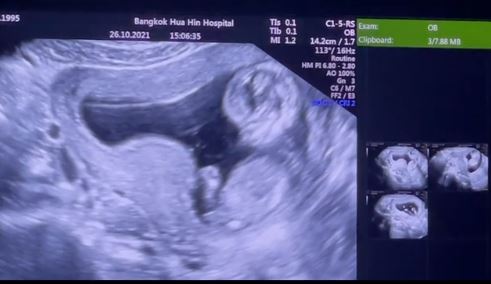