NAGA Munchetty divided BBC Breakfast viewers with a striking dress today. The 47-year-old journalist was back on the BBC Breakfast sofa after being..

The 47-year-old journalist was back on the BBC Breakfast sofa after being forced off air due to illness last week. 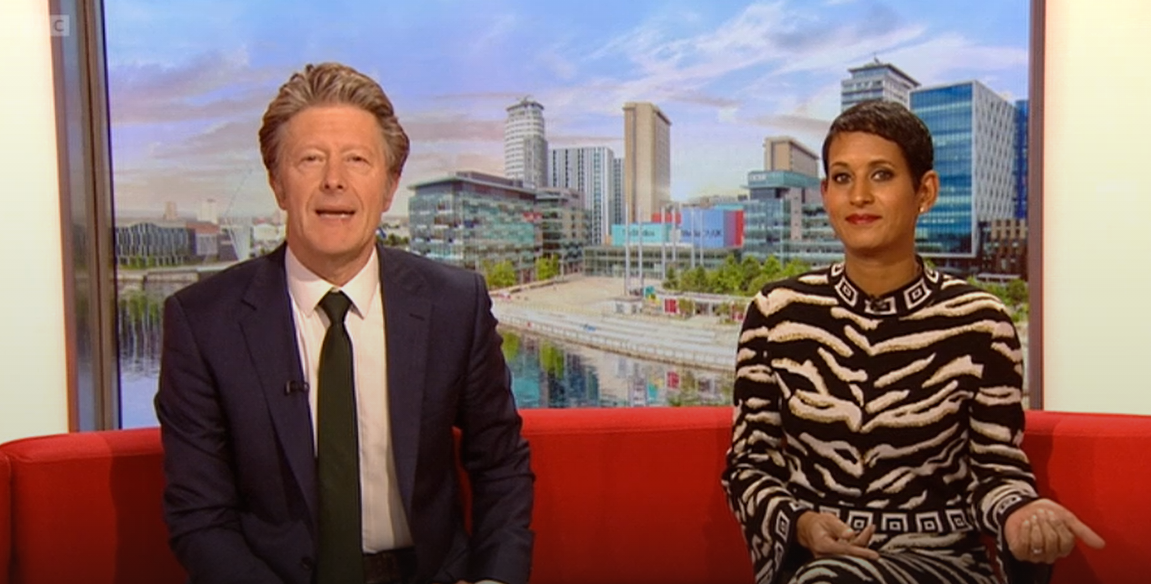 Naga looked back to her best and wore a striking black and white animal print dress.

It featured square detailing on the neckline, cuffs and waist and it immediately caught the attention of viewers at home.

Taking to Twitter, one wrote: “@TVNaga01 Wow! Spectacular outfit this morning. So stylish.”

Another added: “@TVNaga01 please could you tell me where your gorgeous monochrome dress is from?”

Meanwhile a fourth gushed: “@TVNaga01 @BBCNews love naga’s dress on the bbc news this morning! Where’s it from? So classy.”

However, some didn’t agree, with one viewer writing: “#bbcbreakfast Oh dear Naga, what on earth are you wearing today? It is awful.”

Another joked: “naga channelling marlene from ‘only fools and horses’! pucker

Thankfully the positive comments outweighed the negative for Naga’s ensemble.

Last week, Naga was forced to leave the red sofa part way through the show after feeling under the weather.

Just 20 minutes into Friday’s show, her co-host Charlie Stayt told viewers: “You may have noticed this morning that Naga has just stepped away from the sofa.

“This morning she has a slight struggle in her voice.”

However, Naga was unable to rejoin the show and Charlie continued to present alone.

BBC Breakfast airs daily from 6am on BBC One.